European churches are known to have some intriguing and creative architectural features, but a wall made of human leg bones is a bit more inventive than you might have expected. While excavating the grounds of Saint Bavo’s Cathedral in Ghent, Belgium, ahead of the planned construction of a new visitor center, archeologists discovered entire walls made of human bones. Reportedly, sometimes in the 17th and 18th centuries, residents of Ghent dug up old burial grounds and, to make room for new graves, stocked the bones in nine separate walls under the cathedral. 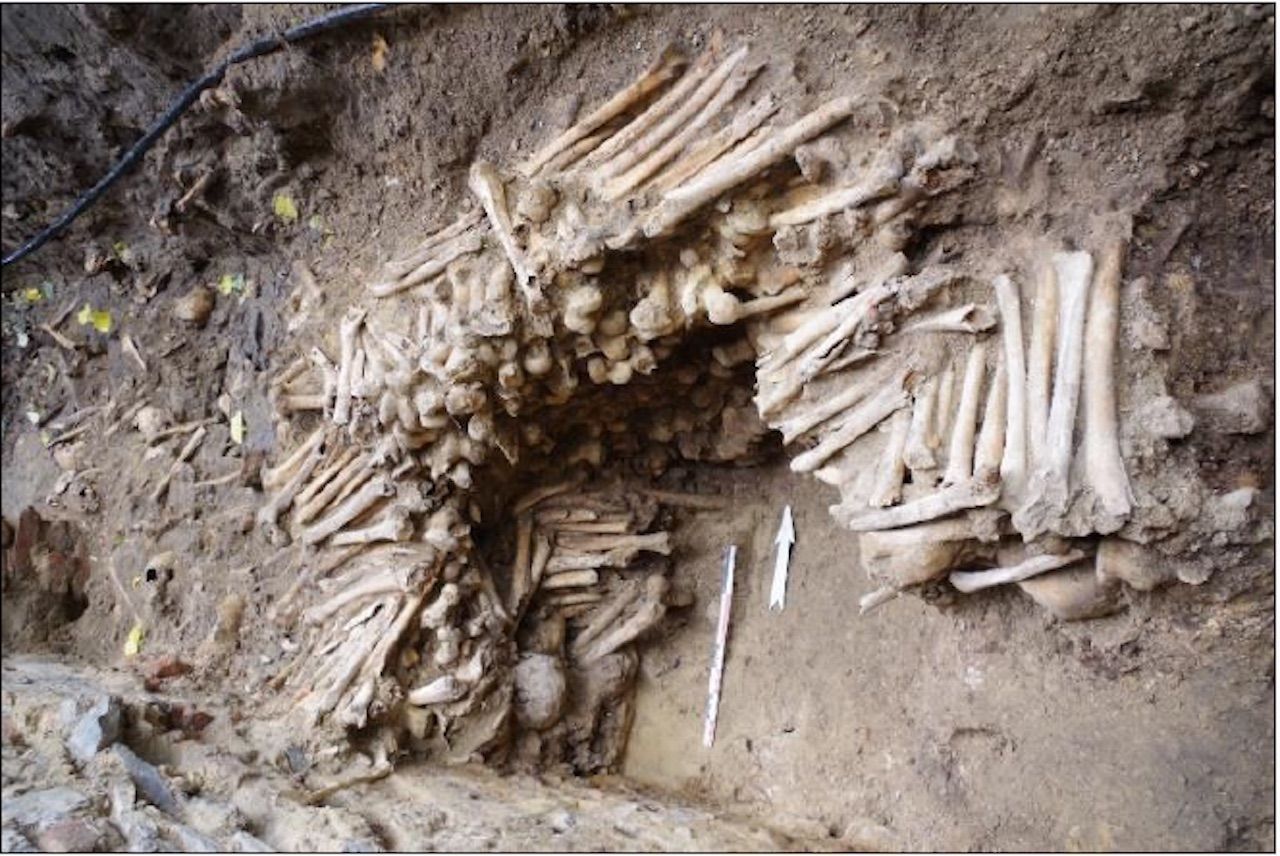 The deliberately constructed walls, built largely from adult thigh and shin bones from the second half of the 15th century, likely served as primary construction materials for the builders. The Brussels Times reports that “between the walls, the space is filled with skulls, many of them shattered.”

Janiek De Gryse, the archeologist leading the excavation, told Live Science, “[In Belgium] we have never seen structures, like walls, which are intentionally built with human bones.” 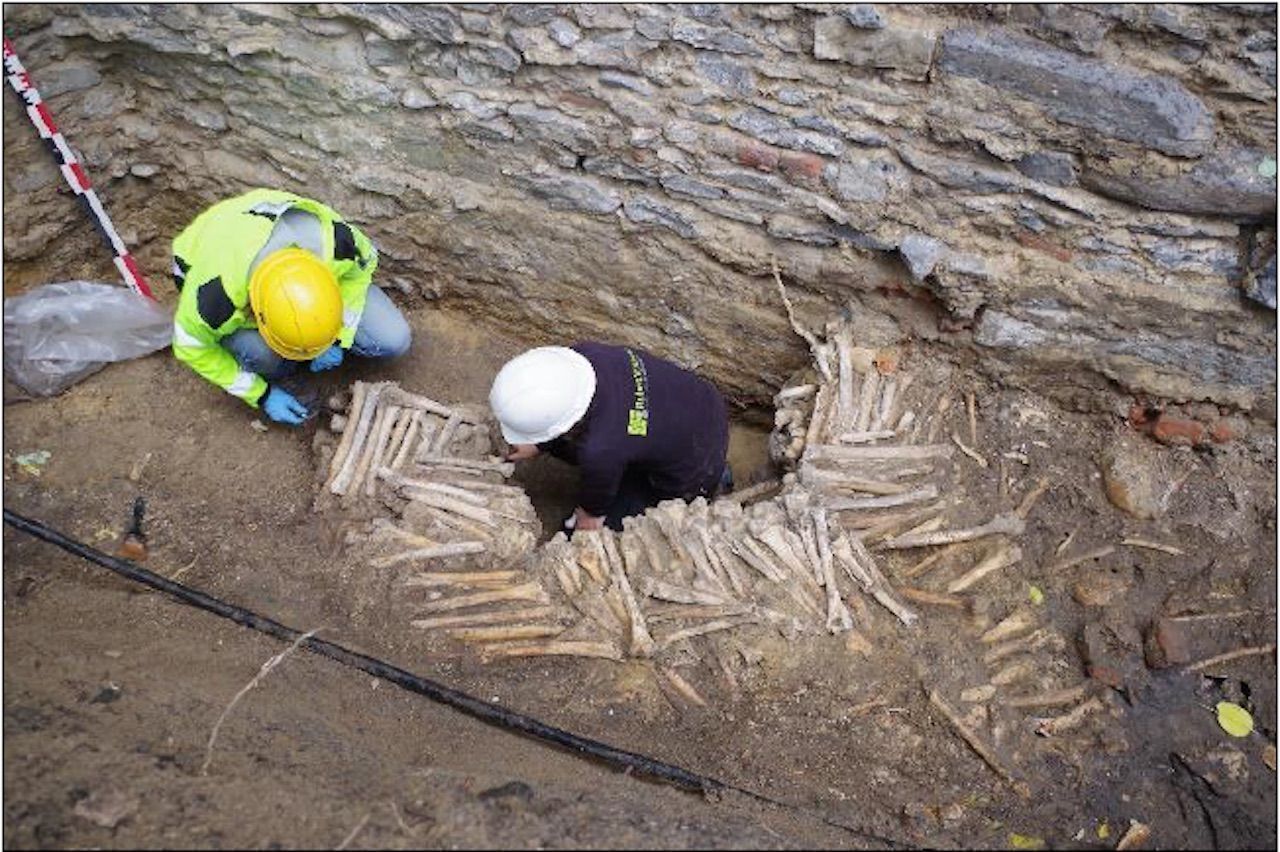 Above the walls, full human skeletons were also discovered.

The walls represent a utilitarian use for human remains, which De Gryse explains, would not have been thrown away upon discovery “given that the faithful believed in a resurrection of the body, the bones were considered the most important part.”

The bones will now be housed at the University of Ghent where they will be examined and inventoried.

Art + Architecture7 of the World’s Coolest-Looking Churches You Didn’t Know Existed
Tagged
Archaeology News
What did you think of this story?
Meh
Good
Awesome