So you’ve decided to go watch a rocket launch. You checked and re-checked this year’s launch schedules. You researched the best places to watch from and how to get there. You even did a little digging to find the best times of year to go. But mesmerizing as watching a rocket blast into outer space is, like a lot of things in Central Florida it’s a lot of time invested for a painfully short burst of excitement.

So that means you’ll need to figure stuff out like where to eat, where to drink, and what else to do near Cape Canaveral. And though Kennedy Space Center is over an hour from Orlando, Cocoa Beach, Titusville, and Melbourne are all within half an hour or less. And each offers a surprising abundance of fantastic places to eat, drink, and do stuff other than watch rockets fly into the air.

Cocoa Beach is the closest city to Cape Canaveral and has become a beachy destination in its own right. As you might expect, that also means it’s the most expensive – and most crowded – of the three cities. But it also offers the most in terms of lodging.

The Beachside Hotel and Suites is probably your best move, especially if traveling with kids. Its sprawling lazy river allows you to unwind after a long travel day and offers easy access to the poolside bar, Duck Dive. The rooms are colorful and modern and feel like a little beach house.

The Hilton Cocoa Beach Oceanfront doesn’t have a lazy river, but it does have direct access to the sand, and two tiki bars. It’s the ideal option for those who don’t like to roll the dice when they travel and offers the best workspace of any hotel on the beach if you’re working remotely.

For a boutique hotel with a chic, modern vibe, book the Hotel Melby in Melbourne about 25 minutes south. The city’s newest digs offer an open, airy lobby with a gourmet coffee bar and plenty of workspaces. Its rooftop bar boasts the best views on the Space Coast, and probably the best cocktails too.

Hands down, the best restaurant in Cocoa Beach is Flavour Kitchen, hidden next to a jazz club along the city’s main drag. The small plates menu is teeming with savory treats like maple chili glazed bacon and hushpuppies with wildflower lavender syrup. And the braised short rib pizza might be the best dish in the region. The wine list is also top-notch, as the chef/owner banished any wines he could find at Publix.

For dinner with a view, grab a sunset meal at Pelican’s Bar and Grill on the Cocoa Beach Pier. It offers a menu with more eclectic selections than your typical seaside joint, with poke bowls, Korean beef bulgogi bowls, and a Gator Melt sandwich highlighting the list. Though everything tastes pretty good when you’re eating it over the ocean.

The Space Coast’s most quizzically named eatery has to be Nosh, the odd Thai/Sushi restaurant with a Yiddish name. Though you won’t find kreplach or kugel, you will find Cocoa Beach’s best sushi, with ceviches, rolls, and tempuras topping an Asian-inspired menu. 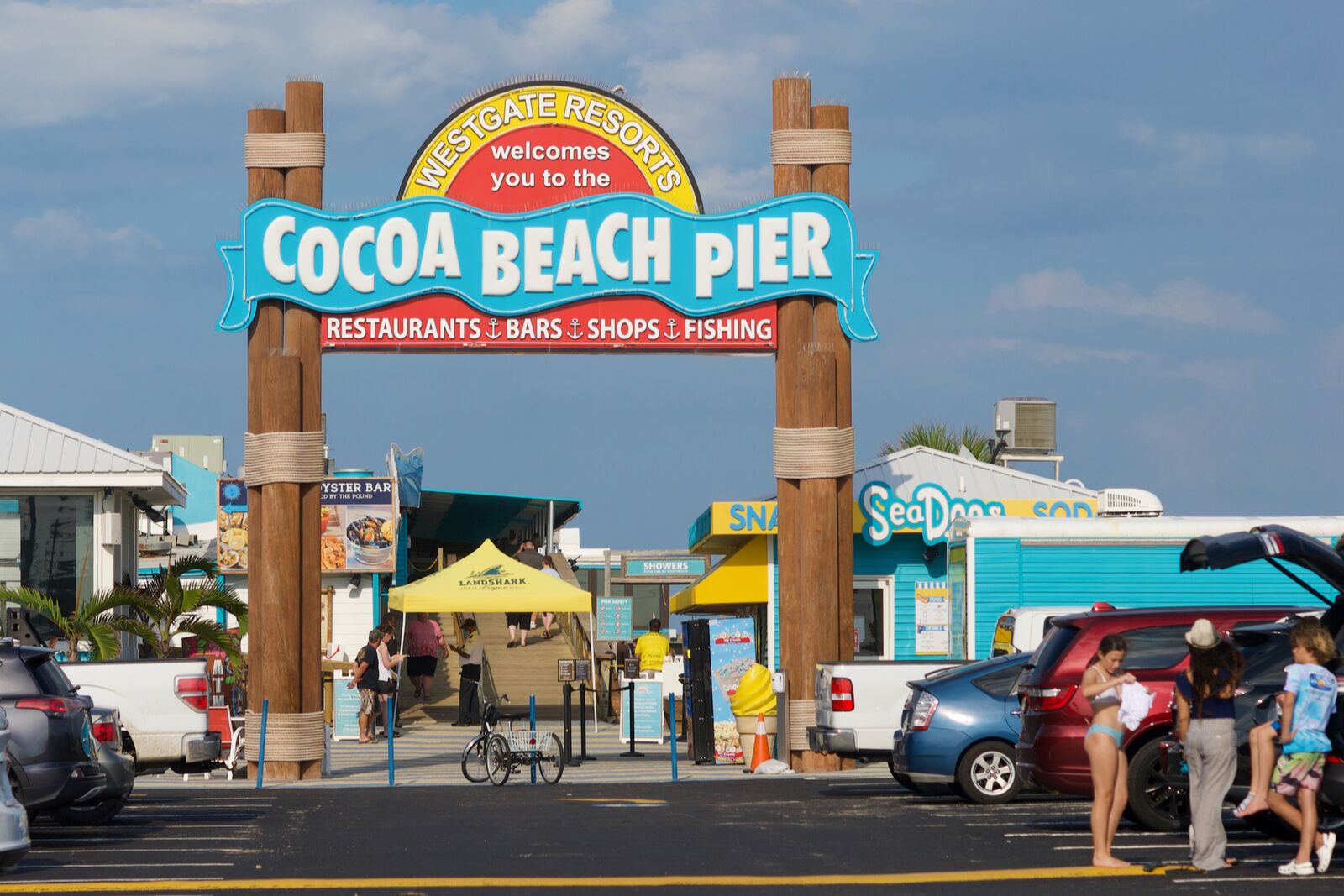 If you’re planning to watch a morning launch from Kennedy Point Park, grab coffee and breakfast at Sunrise Bread Co. The homemade pastries are like a little slice of Paris in Brevard County, and the freshly brewed coffee tops anything in the area.

For larger meals, head a little off the water to Third Culture Kitchen, the rare restaurant that tackles more than one cuisine and masters them all. The chicken tostones with black beans could have come from a Calle Ocho cafeteria. And the street tacos, bao, and PO boy sandwiches offer an overwhelming array of international options. Pro tip: Get there early, as the Pheanang curry is so popular they often run out before lunch is over.

Under a hardware store façade along downtown’s S. Washington Ave. you’ll find Playalinda Brewing, and even if you’re not here to drink the food is phenomenal. Order the roasted red pepper hummus if you’re looking to snack on something on the sunny sidewalk. Or go for the mojo pork lettuce wraps if you need something more substantial

The Space Coast’s best BBQ is a few blocks from downtown Melbourne at Cyderman’s. The fast-casual joint scoops up hearty portions of Texas-style brisket and smoked turkey breast, and offers a barbecue beef sausage rarely found outside the Lone Star State. Grab a mammoth Cookie Monster cookie while you’re checking out too. It’ll come in handy once you’re hungry again.

For a higher-end dining experience, stroll downtown’s E. New Haven Ave until your nose catches the smell of Catch XI. This funky downtown eatery is done up in mismatched furniture, and appropriately also offers the city’s most creative menu. The sriracha marinated flat iron steak with avocado mashed potatoes is the go-to for meat-eaters. Though the roasted butternut squash salad with herbed goat cheese and candied pecans work well if you’re trying to go light.

Rikki Tiki Tavern at the end of the Cocoa Beach pier might be the best pier bar in America, a ragtag tiki hut where most of the seats face the ocean. Drinks are reasonably priced and you can catch a glimpse of the Atlantic from everywhere. You can also order the full menu from Pelican’s if you’d rather eat outside.

Just up the road in Cape Canaveral, you’ll find Florida Brewing Co., the area’s largest brewery. Its biggest brand is Carib, loaded with light drinking beers perfect for a Florida vacation. Roll in for the 4-6 pm daily happy hour and try the easy-drinking Carib Caribbean lager, the tropical hard seltzers, or Hurricane Reef pilsners and IPAs. 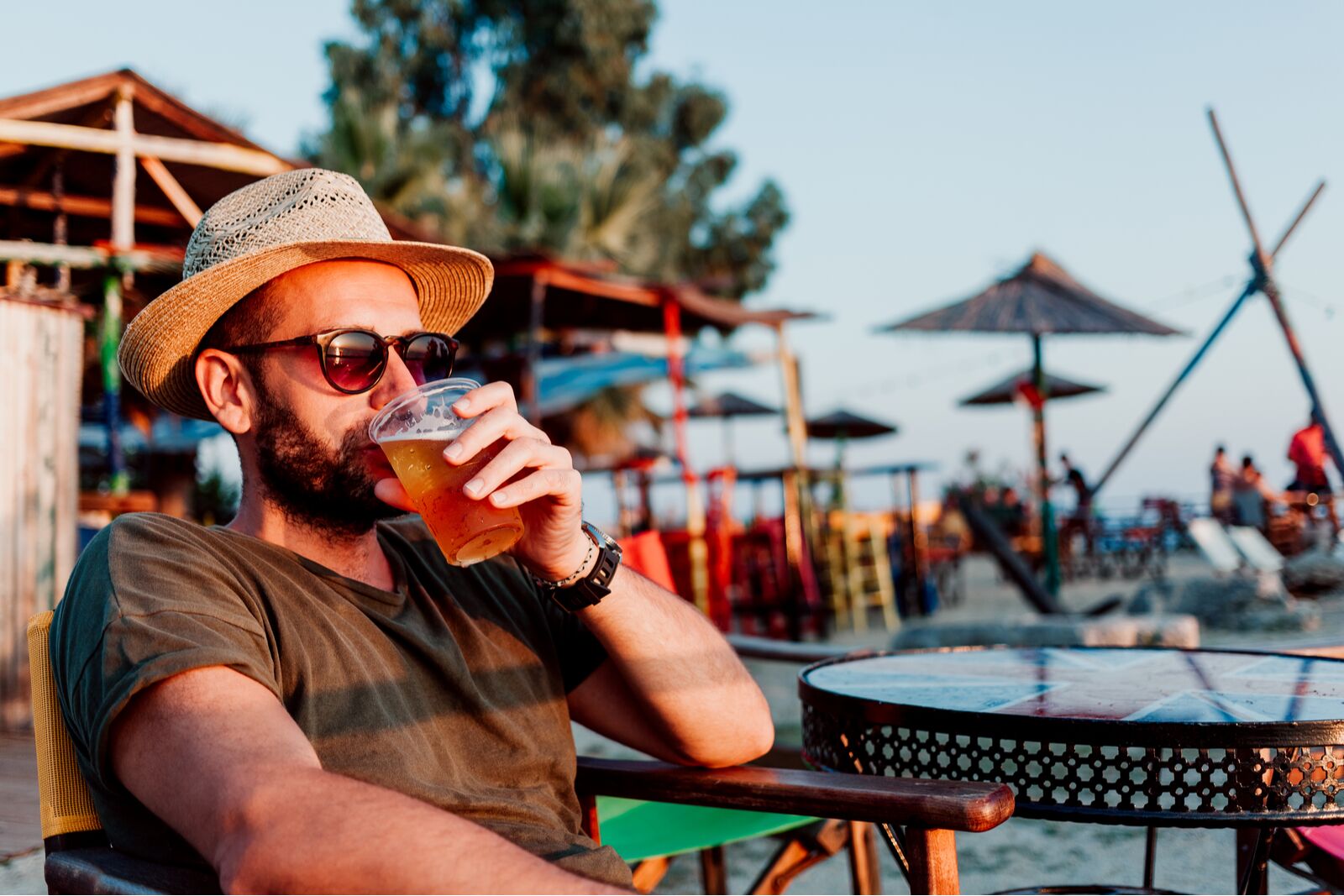 Playalinda Brewing offers two distinct drinking experiences. The downtown taproom in the old hardware store is the original and gives the feeling of drinking beer in a 1920s storefront. If you’re looking for the big taproom experience with a massive menu, craft cocktails, and places to let the kids play, hit Playalinda’s Brix Project about ten minutes south.

What passes for a “scene” in Melbourne resides atop the Hotel Melby at The Landing Rooftop. Fire pits and sprawling views mix with a crowd of well-dressed young professionals sampling the Space Coast’s best cocktails. It’s not quite Miami, but it also feels a long way from the rural swampland that sits just outside of town.

For something lower key (and lower to the ground) head downstairs, turn left, and stroll into Foo Bar & Lotus Gallery. Part bar, part art gallery, the relaxed space has regular bands and stiff drinks and gives a slightly stronger sense of the locals’ scene than its next-door upstairs neighbor.

Intracoastal Brewing Company anchors Melbourne’s Eau Gallie Arts District and is the Space Coast’s best spot for a beers-and-murals vibe. The large outdoor patio hosts regular concerts and events, but even during quieter times, it’s a great place to belly up next to friendly natives. The beers skew high on ABV, though, so don’t let the light tropical flavors fool you into thinking you can slam several.

What else to do

Champion surfer Kelly Slater hails from the Space Coast, and if seeing the Cocoa Beach native’s statue gets you inspired to catch some breaks you can learn how at the School of Surf. The family-run operation offers small, private lessons that’ll have you standing up and surfing within an hour.

If that’s a little too rigorous, but you still want to hit the water, take a sunset sail with Sail Cocoa Beach. You’ll cruise along the Indian River, past mangroves and possibly manatees, and dolphins swim alongside the catamaran as the sun goes down. It’s BYOB, though, so if you’re looking to drink more than soda you’ll need to bring stuff aboard. 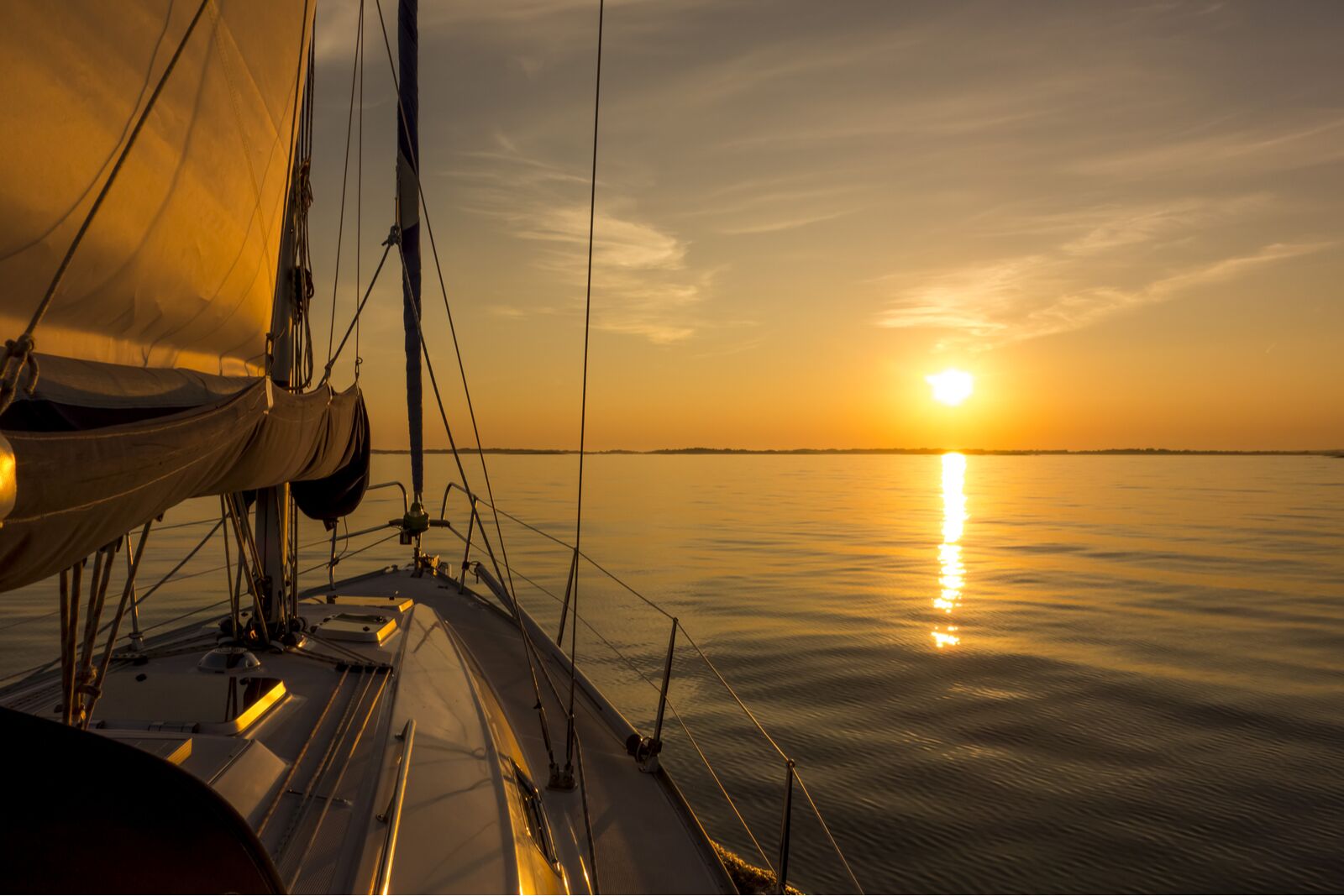 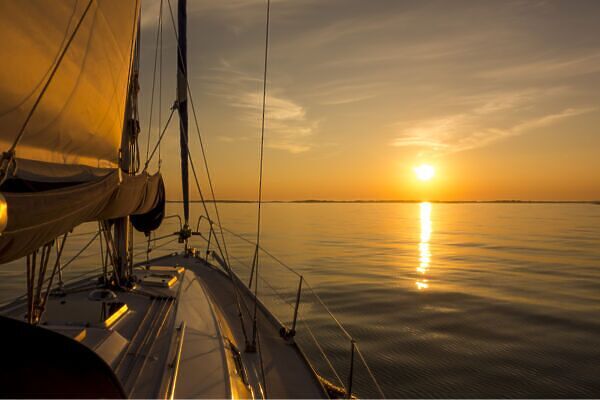 And what beach town is complete without a putt-putt course? Lighthouse Cove Adventure Golf offers two, 18-hole courses, each of which can be done in less than an hour. The inside bar serves ice cream for dessert and an impressive collection of local craft beers for those who enjoy their dessert with foam.

If you do one thing on the Space Coast other than watch your rocket launch, make it to the Valiant Air Command Warbird Museum. This tribute to military aircraft boasts an astounding collection of planes, with everything from Top Gun jets to Migs to Blue Angels on display. Hundreds of them fill multiple hangars, and a tour through them is like living a History Channel documentary. You can even sit inside the cockpit of a B52 bomber, and get a sense of what a titanic plane it was.

The area’s best space museum that won’t have you fighting the crowds at Cape Canaveral is the American Space Museum. The albeit-smaller showcase includes vintage consoles from the original mission control, space suits, old space program training manuals, and artifacts from famous astronauts. It’s also responsible for the Space Walk of Fame in Space View Park, where you can put your hands in the handprints of men who walked on the moon.

Perhaps the area’s most unique museum is the American Police Hall of Fame…and gun range. Yes, here you can peruse the stories of America’s greatest cops, pose inside a gas chamber or electric chair, and dress up like officers from around the country. Then, if you feel inspired, walk next door and see how you stack up on an actual live shooting range. Florida truly is a magical place.

The Eau Gallie Arts District is the Space Coast’s culturally hidden gem, an urban enclave of art galleries, stylish boutiques, and murals. Follow the mural trail and stop into every shop that looks even remotely interesting. It’s the place where you’ll find some fascinating object, buy it for reasons you don’t quite know, and proudly display it in your home for years.

For outdoor enthusiasts, the Archie Carr National Wildlife Refuge offers a fairly undeveloped stretch of beach about 20 minutes from downtown. While you’re welcome to enjoy the silence of an uncrowded Florida shore, hiking through the tropical hammocks gives you a sense of what Florida looked like before it was dredged and filled. They have brought the preserve back too much of its natural state and are the largest nesting area for Green Turtles in the world. The Barrier Island Sanctuary tells the story of how the preserve has helped revitalize the species and offers short films and exhibits explaining the habitat.

And finally, for something truly Floridian, head a little west to Camp Holly Airboat Rides. Here you’ll board an airboat and speed through the backwater channels that give this state its character, encountering plenty of alligators along the way. After the ride, grab a $3 beer at the camp’s tiki bar, chat up your fellow barflies, and realize why the Space Coast is truly so much more than a place to watch rockets.