This is the last place you’d ever expect to find a white Christmas, but according to these photos, Mars is actually experiencing more snow and ice than some parts of the United States. The Korolev crater, near Mars’s north pole, is 50 miles across and currently filled with a layer of ice nearly a mile thick. The crater was named after Sergei Korolev, a rocket engineer and spacecraft designer who was the architect of the Soviet Union’s space program. He played an instrumental role in organizing the first interplanetary missions to the Moon, Mars, and Venus, and also worked on the Sputnik program, which was responsible for the world’s first artificial satellite. 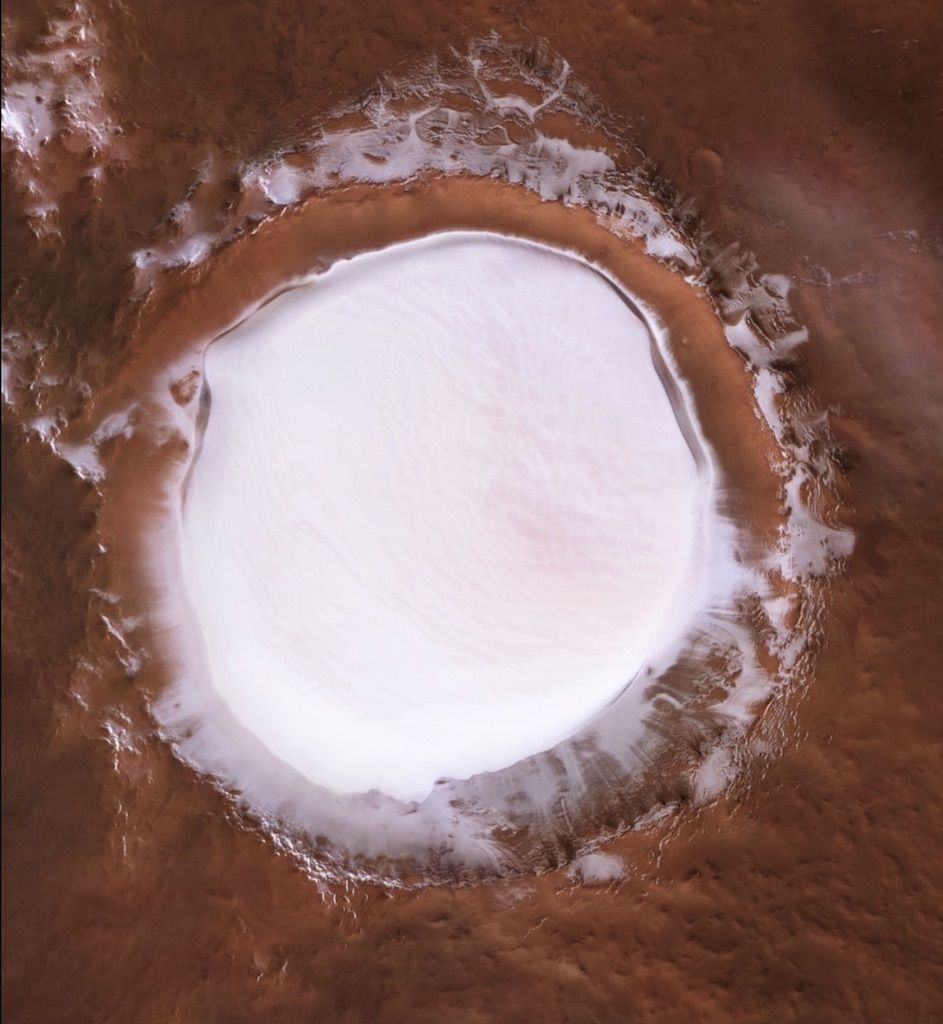 Contrary to popular belief, Mars does have distinct seasons. The crater, however, is somewhat of a unique geographical feature. When air travels over the ice, it cools and sinks, causing a layer of cold air that sits directly above the ice. This cold layer acts as an insulator, protecting the ice from warmer air and keeping it from melting. As a result, the crater is completely filled with ice all year-round. 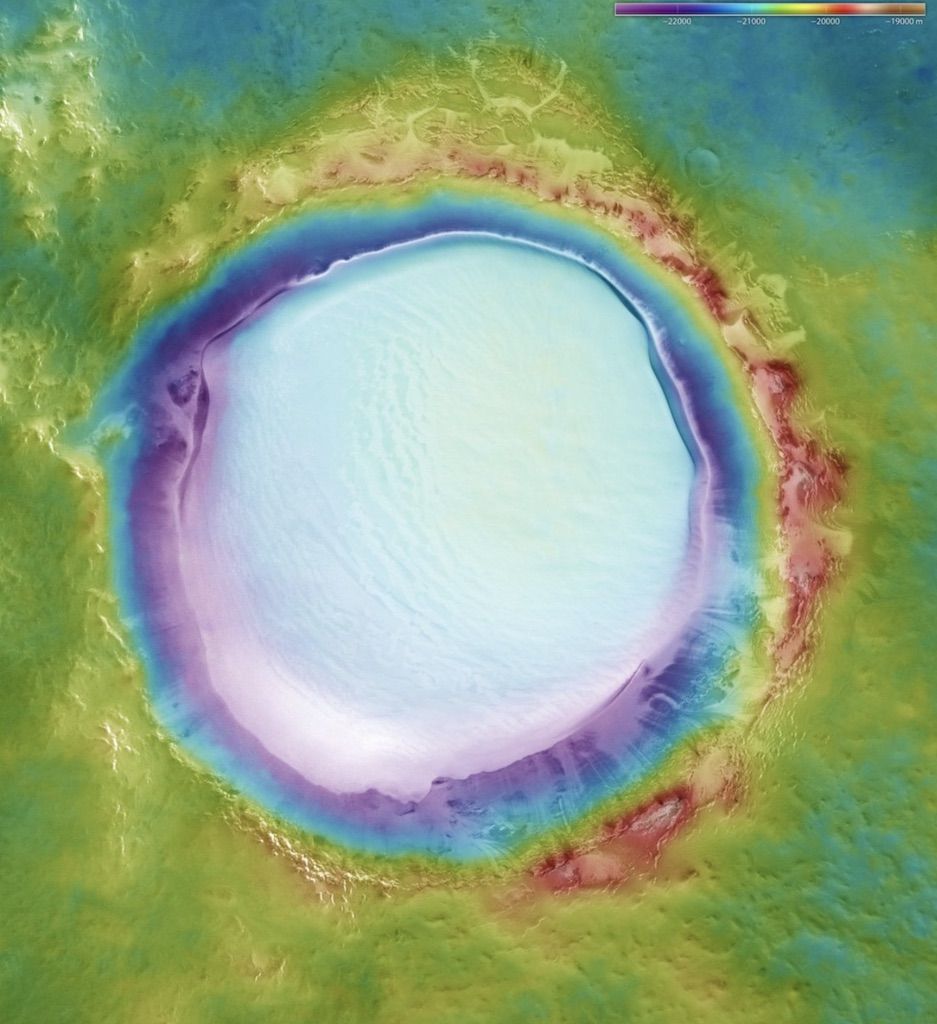 The pictures were taken by the Mars Express High-Resolution Stereo Camera — a tool used by the European Space Agency (ESA). The Mars Express Mission, launched back in June 2003, is the ESA’s first foray into interplanetary travel.

GalleriesThese Images From NASA Will Rock Your World
Tagged
Astronomy News Outdoor
What did you think of this story?
Meh
Good
Awesome