If you’ve seen Below Deck, you’ve probably wondered what it’s like working on a cruise ship. Maybe you’ve even considered applying for a position yourself, drawn by the tempting prospect of traveling the world for free with a cast of crazy characters.

Living on a cruise ship has always had a certain allure. The excitement of waking up in a new place every day, cohabiting with like-minded free spirits, the revolving door of new passengers, the possibility for romance — it’s no surprise the lifestyle is so appealing, and that so many take advantage of it.

For a truly unfiltered take on what it’s really like to work on a cruise ship, we spoke to a “Happenings Cast” member, Andy, on Virgin Voyages — the first adult-only cruise line in the US. 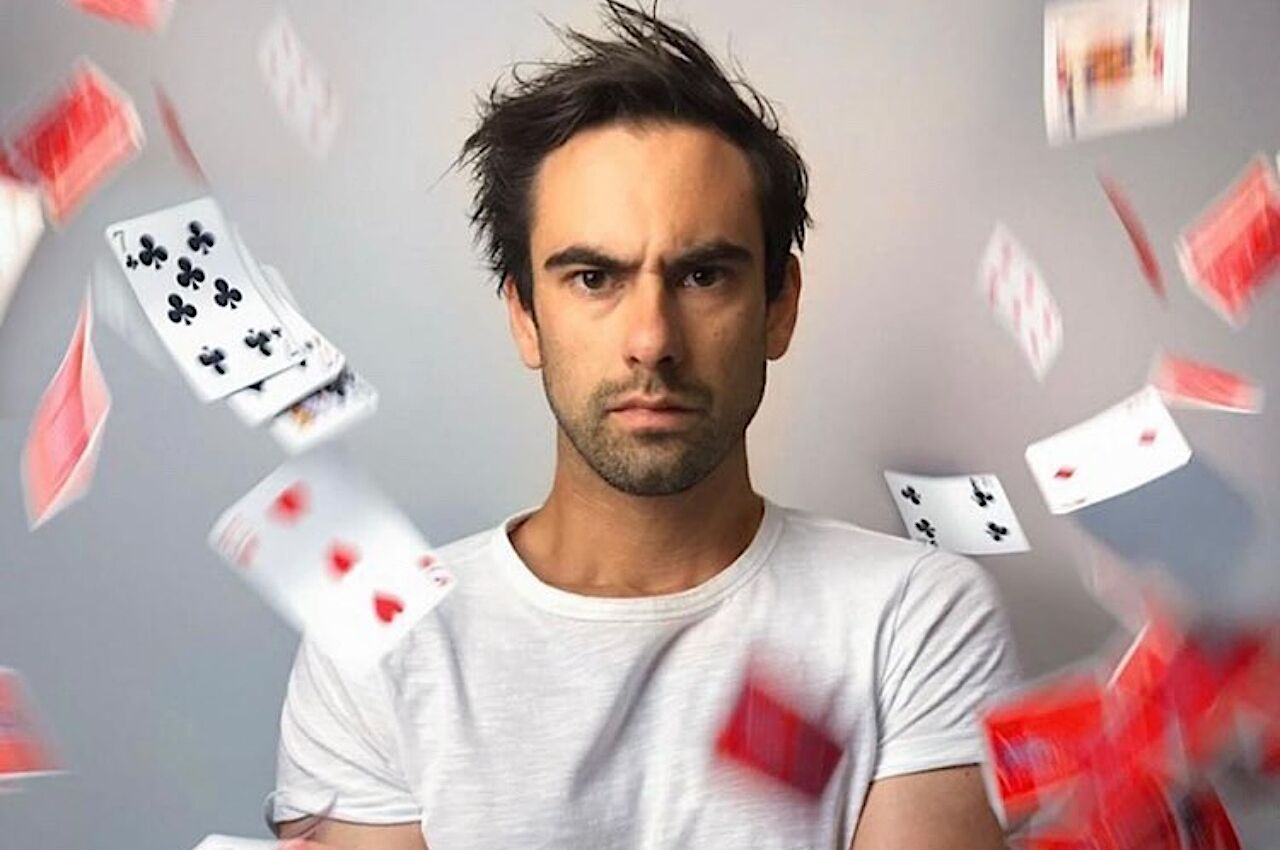 The Happenings Cast is composed of 14 cast members, each with a different talent for entertaining passengers. Andy is the resident “Charmer” on Virgin’s Scarlet Lady ship. His job is to charm passengers with impromptu magic performances throughout the ship and provide guests with a memorable onboard experience. He’s spilling the tea on everything from his living situation, to how the crew spend their free time, and how to work on a cruise ship in the first place.

Matador: What’s the process like of getting hired to work on a cruise ship (particularly in entertainment?) Is it at all similar to other jobs?

Andy: I worked as a bartender for 13 years, so getting hired as an entertainer was a brand new experience for me. A friend of mine who’s also a magician had received the casting notice from his agent and passed the opportunity along to me. I went for the audition and didn’t really understand the magnitude of what I was getting into, but knew I was looking for a new direction in my life. To be honest, I would have been a lot more nervous if I knew how big the role was or that the Virgin Voyages entertainment team was conducting a worldwide search. I got the gig about a month after the audition and the crew made me feel welcomed from the get-go.

For my first event, I went to a big launch party in Sydney and met Sir Richard Branson. It was a surreal moment and made me feel like, “Wow, this is all happening.” After that event, I packed up my life in Australia and moved back to the UK for a month then joined the crew in New York. We rehearsed for three weeks before getting on board Scarlet Lady and my adventure started from that point.

The hiring process for the Happenings Cast is quite different from other crew because we go through an audition process whereas our other crew work directly with HR. I remember feeling very looked after by Virgin Voyages throughout the hiring process.

Yes, I have my own room with a double bed and a single bathroom. Virgin Voyages has a higher percentage of single-occupancy cabins than most cruise lines. I love that for our crew and it promotes good mental health. We also get to personalize the cabin a bit. Mine, for example, has cards signed by passengers.

Do you eat the same food passengers eat, what is crew food on cruise ships like?

We have the privilege of dining in The Galley restaurant alongside passengers or we can go to Kitchen Table, which is our crew dining area. We love socializing with passengers so the Happenings Cast, specifically, can also make reservations at any of our six restaurants or join passengers if they invite us to dine with them. We always want to put our passengers first, so availability for our team is based on demand.

Are you able to get off the ship and explore ports?

Yes, we can get off the ship and explore, especially now that the world is opening back up. We still take precautions and follow all of the safety policies such as wearing masks.

Getting shore leave is one of the major advantages of working on the ship. Depending on our show schedule, the Happenings Cast often has some free time during the day to explore the destinations we visit. My favorite port is Cozumel, Mexico. It’s a brilliant place with a good mix of authentic Mexico and sights and attractions. There’s also a famous bar called No Name Bar geared towards crew members and it’s like a little community for fellow ship crew.

How much do crew members make on cruise ships? Is the money good, or is the perk of working on a cruise ship basically sailing around the world for free?

I’d say that the phrase ‘traveling the world for free’ can be replaced with ‘compromising what can be considered a normal life for unknown adventure and spontaneity.’ It’s very different from traveling the world for free because it comes with curfews and having to remain on a schedule. It might seem like a holiday, but crew life isn’t normal; it is however surreal and a lot of fun.

I got a magic kit for Christmas at eight years old, and I still get to do what makes me happy every day. If I were getting paid a comparable amount of money on land, it wouldn’t be the same because I love being on board. Working for Virgin Voyages has expanded my repertoire as I’ve had the chance to be a part of our signature Scarlet Night and shows like Never Sleep Alone. Seeing the world is a huge perk as well. There’s a certain way of life that you don’t get on land.

Living on a cruise ship year-round, do you ever get sick of being at sea, away from family, or disconnected from WiFi?

Crew are offered WiFi at no cost, just like our passengers. Part of the job is sharing our experience on social media so having strong WiFi is so important. Virgin is so proud of its crew and they encourage us to share that with the world.

No, I never get sick of being at sea — it’s the most magical thing. I can’t imagine doing this anywhere else.

Do staff get discounts for onboard shopping?

Yes, one of the perks for our entire crew is discounts on shopping onboard, at our Squid Ink tattoo shop, at Redemption Spa and for shore excursions. I actually just got a new tattoo a couple of weeks ago on board Valiant Lady.

What do you do in your free time?

The Happenings Cast has access to the passenger gym and crew gym, so I love getting in a HIIT workout or jogging on The Runway — our running track that encircles the ship. I also love being out in the open air at The Perch at the back of the ship on deck 17. It’s a great spot to practice juggling or work on new magic content.

Can you socialize with passengers in your off-hours?

Rather than having a traditional cruise director, Virgin wanted to switch things up, which is where the Happenings Cast comes into play. We’re meant to bring a vibe and energy to different areas around the ship and are definitely encouraged to interact with our passengers to help make sure they have an incredible voyage.

While working, do you always have to be “on” in front of passengers or are you allowed to be yourself and socialize?

The reason why we got the job in the first place is because we are ourselves. I think the hiring team could have sussed out if we weren’t being genuine or authentic. All of that to say, there is no “on.” Even if I’m not clocked in, I still enjoy interacting with our guests — you have to be like that to enjoy this job.

Are relationships (both serious and casual) common among crew members?

Over the past two years, I’ve met some of the best, most interesting people; people I’ll probably be friends with for a lifetime. It’s kind of amazing to surround yourself with other entertainers as it makes me want to push my limits and become a better performer myself.

What’s the craziest thing you’ve seen while working on a cruise ship?

Haha, people can get really into the show and occasionally throw me a curveball, but honestly, it keeps me on my toes and makes me a better performer. Our crew is truly amazing and we know how to connect with people who are really enjoying the experience. For me personally, the craziest thing was doing a magic show for Richard Branson and Paris Hilton when we launched in New York last fall.