Climbing one of the world’s highest mountains within your lifetime would be enough for most people. Not Nirmal Purja. This Nepalese climber summited the world’s 14 highest peaks, and not only that, he did it in six months and six days, setting a world record.

The climber, nicknamed “Nims,” had previously served in the British military before attempting the impressive feat. With his summiting on Tuesday of China’s Mount Shishapangma — a mountain of 26,335 feet — he put the finishing touches on the record-breaking accomplishment.

Wait till the end !

Yesterday, we had a pretty tough day. We climbed for 15 hrs non stop in an extreme weather conditions with the wind speed of more than 75 km/hr. Spent more than 3 hrs finding the way/route on the glacier.#nimsdai #BremontProjectPossible #14peaks7months pic.twitter.com/w2TNILtmtr

He began his journey in late April by summiting Nepal’s Annapurna, then knocked off five more (including Everest) in May, followed by five Pakistani peaks in July, and the remainder in the fall. He even took the Everest photo that went viral, depicting long lines waiting to reach the summit. 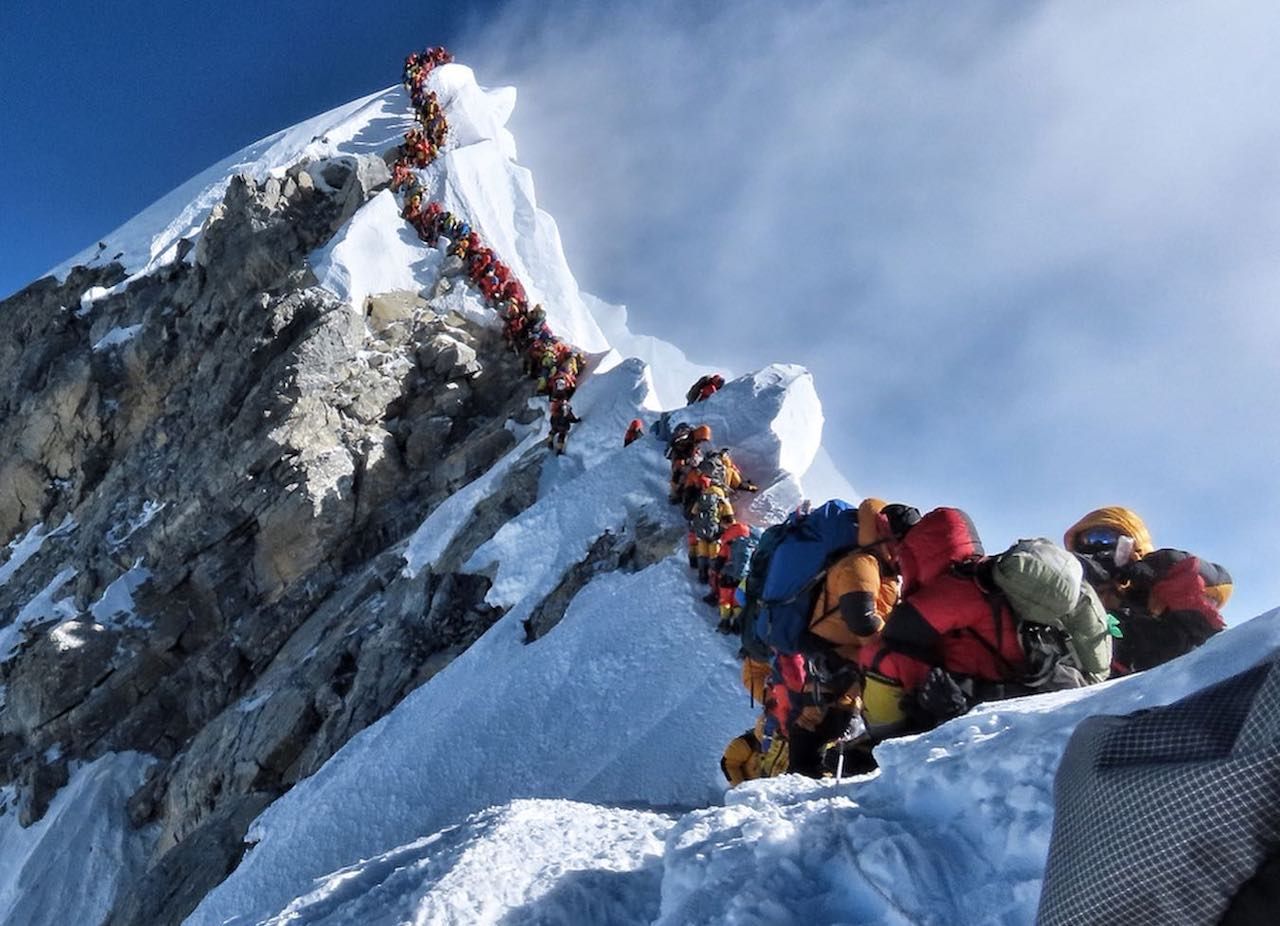 The final mountain may not have been the highest, but according to Nims, it was no cakewalk. “We climbed for 15 hrs non stop in extreme weather conditions,” he tweeted, “with the wind speed of more than 75 km/hr. Spent more than 3 hrs finding the way/route on the glacier.”

He shattered the previous record, set by South Korean climber Kim Chang-ho, who took seven years and 10 months to summit the 14 peaks.

In a statement, Nims said, “I am overwhelmed and incredibly proud to have completed this final summit and achieved my goal of climbing the world’s 14 tallest mountains in record time. It has been a gruelling but humbling six months, and I hope to have proven that anything is possible with some determination, self-belief and positivity.”

BackpackingThings You Need To Know Before Climbing Up To Everest Base Camp
Tagged
Climbing News
What did you think of this story?
Meh
Good
Awesome