If you thought commercial jets were huge, you haven’t seen this dual-fuselage aircraft that just took flight over the Mojave Desert in California. Built by the company Stratolaunch, this 500,000-pound aircraft, with a 385-foot wingspan, is now the world’s largest airplane by wingspan. The test flight, which took place on April 13, was the plane’s first-ever time in the air, and it circled the skies for about two and a half hours before returning to the ground.

No, this plane won’t be taking you on your next vacation. It was built by reassembling two used Boeing jets, features six turbofan engines, and was designed to carry rockets up to 35,000 feet, where they can then blast commercial satellites into orbit. This is considered more efficient than launching from the ground, and will allow crews to bypass bad weather that may lead to delays. 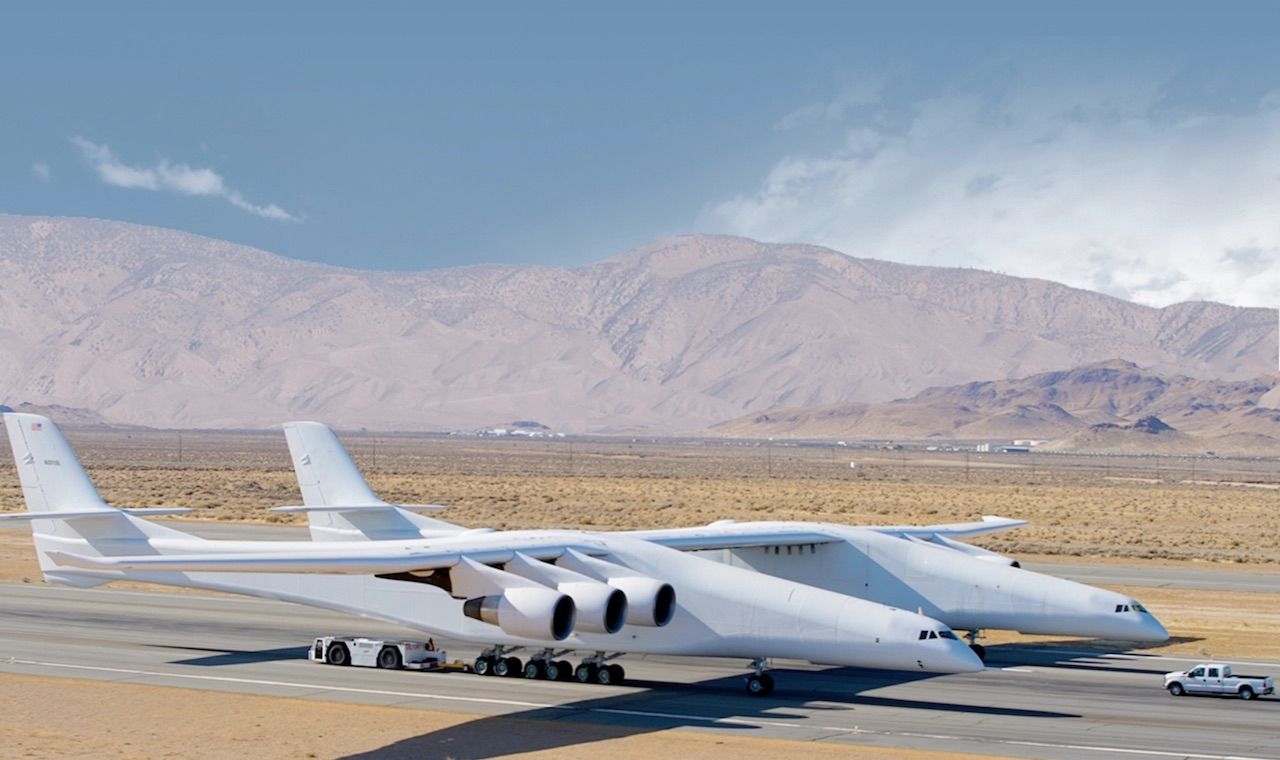 Although the plane only reached an altitude of 17,000 feet, the test flight was considered a success. According to test pilot Evan Thomas, “The flight itself was smooth, which is exactly what you want the first flight to be. And for the most part, the airplane flew as predicted, which is again exactly what we want.”

Jean Floyd, chief executive of Stratolaunch, said at a press briefing, “All of you’ve been very patient and very tolerant over the years waiting for us to get this big bird off the ground, and we finally did it.”

Airports + FlyingThe 7 Coolest Airplane Liveries in the World and the Stories Behind Them
Tagged
News
What did you think of this story?
Meh
Good
Awesome