Swings, fixtures of the typical playground, are usually considered a children’s pastime. But that’s definitely not the case with the one that just opened in Dubai, however. The 460-foot-tall thrill ride that just opened at Bollywood Parks Dubai is taller than the Great Pyramids of Giza, and is the tallest swing ride in the world. Bollywood Skyflyer, which debuted last week, is made up of 421 tons of steel and took 120 days to install. 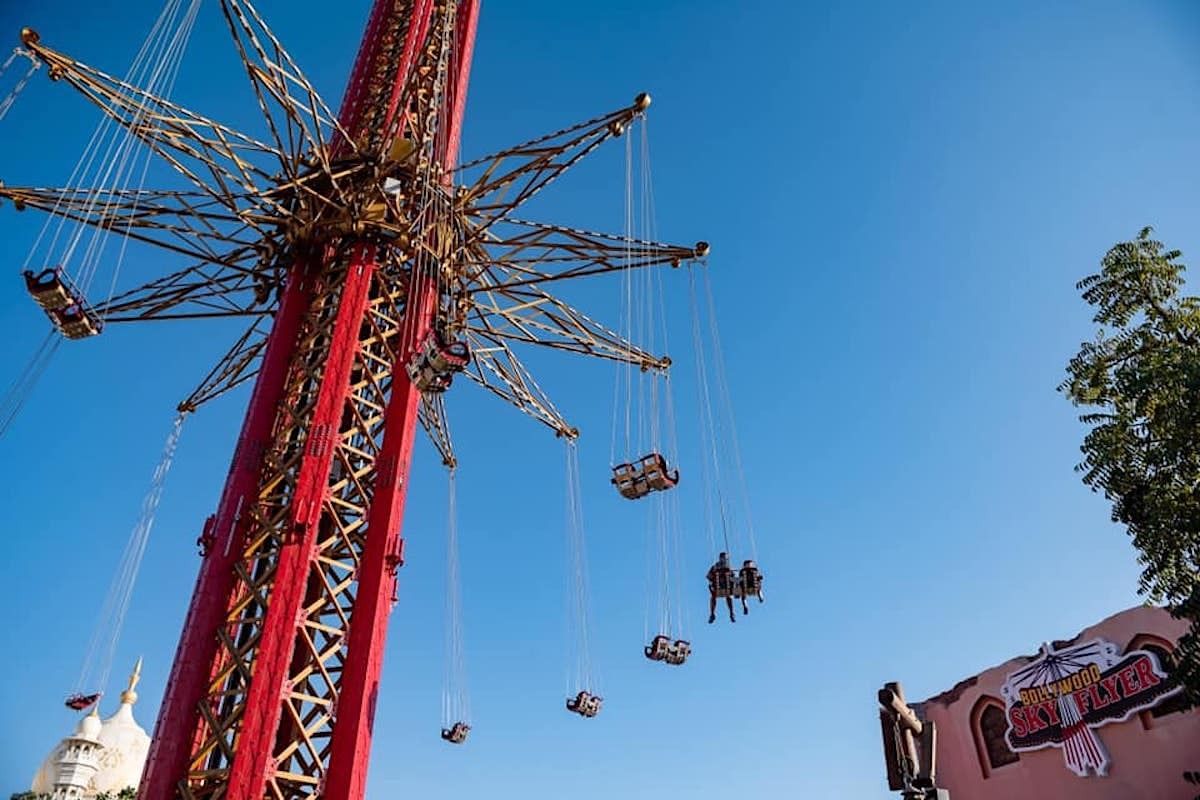 According to the park’s website, the Skyflyer “gives you the experience of hang gliding and swinging — all at the same time. You will also experience motions like lifting, dropping and rotating at varying speeds. Riders are seated in a double seat next to their family and are secured in their seats. Moving up and down and rotating around the giant tower — take in the amazing views of the park and the surrounding areas while you’re swinging freely or screaming with joy.”

Bollywood Parks Dubai is one of the three theme parks that make up Dubai Parks and Resorts, and was closed for several months due to COVID-19. The park reopened on January 21 with nine new rides, including the Bollywood Skyflyer.

During its closure, the theme park opened nine new rides, including a 180-foot-tall ferris wheel, a rollercoaster, and a drop tower.

Dubai Is Launching a New Long-Stay Visa for Remote Workers

Dubai Will Welcome Back Travelers Starting on July 7