Getting a rideshare at an airport is like a really aggravating scavenger hunt. Some airports have great signage and point you to a convenient area right outside baggage claim. Some have you taking shuttle buses to a parking lot that might be in another state. Some don’t even bother with signage and tell you to figure it out yourself, genius. This problem gets even tougher in other countries where signs are in another language, and it’ll cost you $5 a minute to call your driver.

In the United States, it seems to be our busiest airports that are also the most difficult to catch a rideshare. Overseas, many airports don’t even allow rideshares, and the ones that do never seem to make it easy for you. We talked to some seasoned travelers and got the inside scoop on the hardest airports to catch an Uber or Lyft, and how to do it as painlessly as possible. 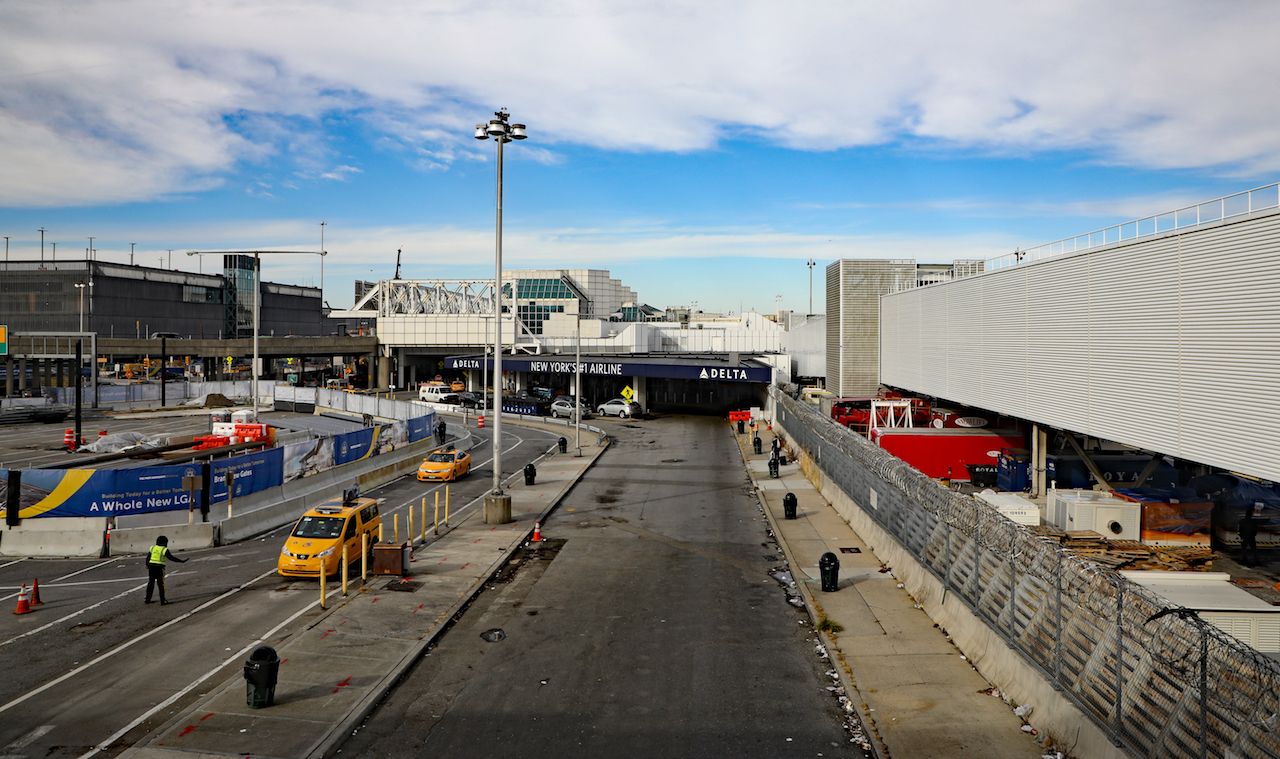 Endless construction is never an airport’s friend, but LaGuardia might have taken construction clursterfuckery to an entirely new level. For a while, catching a ride at LGA meant taking a shuttle bus to a separate area, then waiting outside in the cold New York night for your driver. This spring, the airport improved the experience a little for people at Terminal B, who must now walk through a covered walkway to a separate parking garage, then wait in a designated section lettered E through L. The app tells you where to meet your driver.

Not flying into Terminal B? Then you get to wait on the curb with the other 900 people who just arrived for your rideshare. It’ll arrive in the general Ground Transportation lanes, known for their inexplicable 3:00 AM traffic jams. Don’t look for any signage here, either, as there isn’t much. You just have to know to go wait outside. 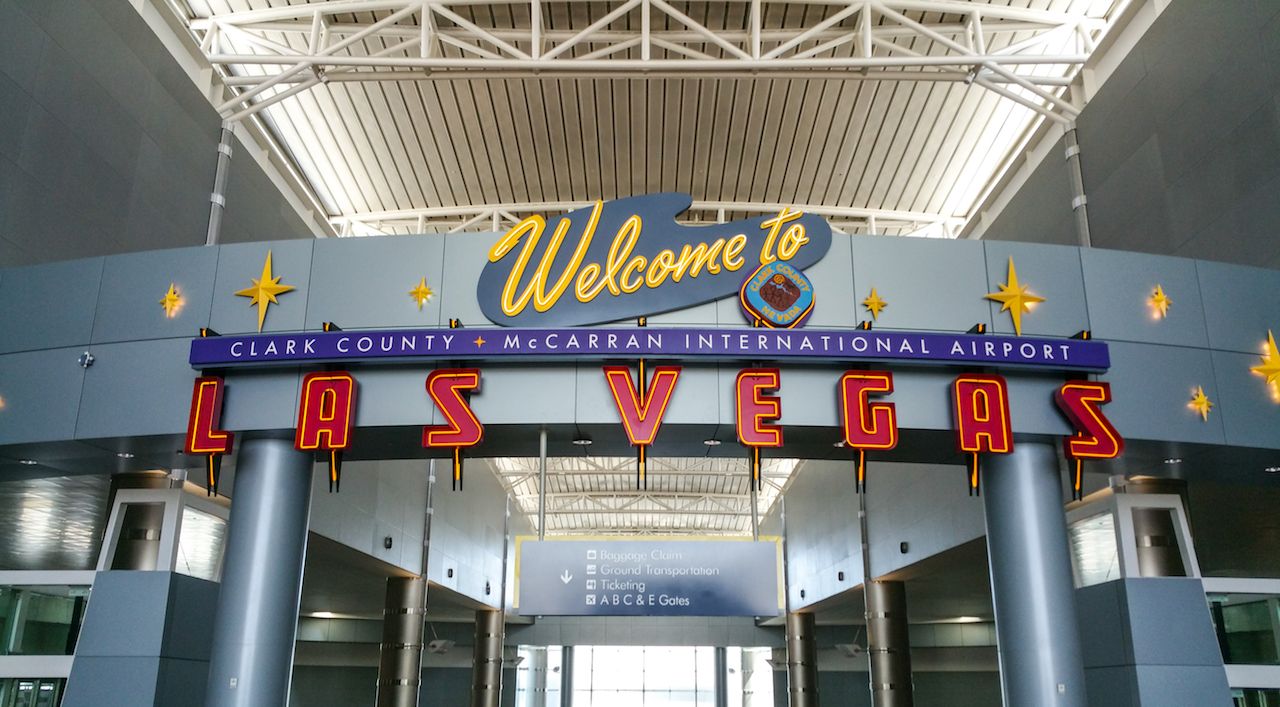 You’d think the casinos would be in a hurry for you to start dropping your paycheck into the nickel slots. But the folks at McCarran don’t seem to be on board. Much like at LaGuardia, you have to cross the street into a separate parking garage, then walk up to Level 2M where a hoard of people who probably got a five-drink head start on the plane are also waiting for their cars. The wait here can be long, but it does provide the opportunity to chat up strangers who may or may not be down to meet up later. So not all is lost in Terminal 1.

If you come into Terminal 3, you also have to head out into the brutal Vegas sun to the parking garage, then down to the valet level to meet your ride. The crowds here are smaller, but the trip is equally as aggravating. 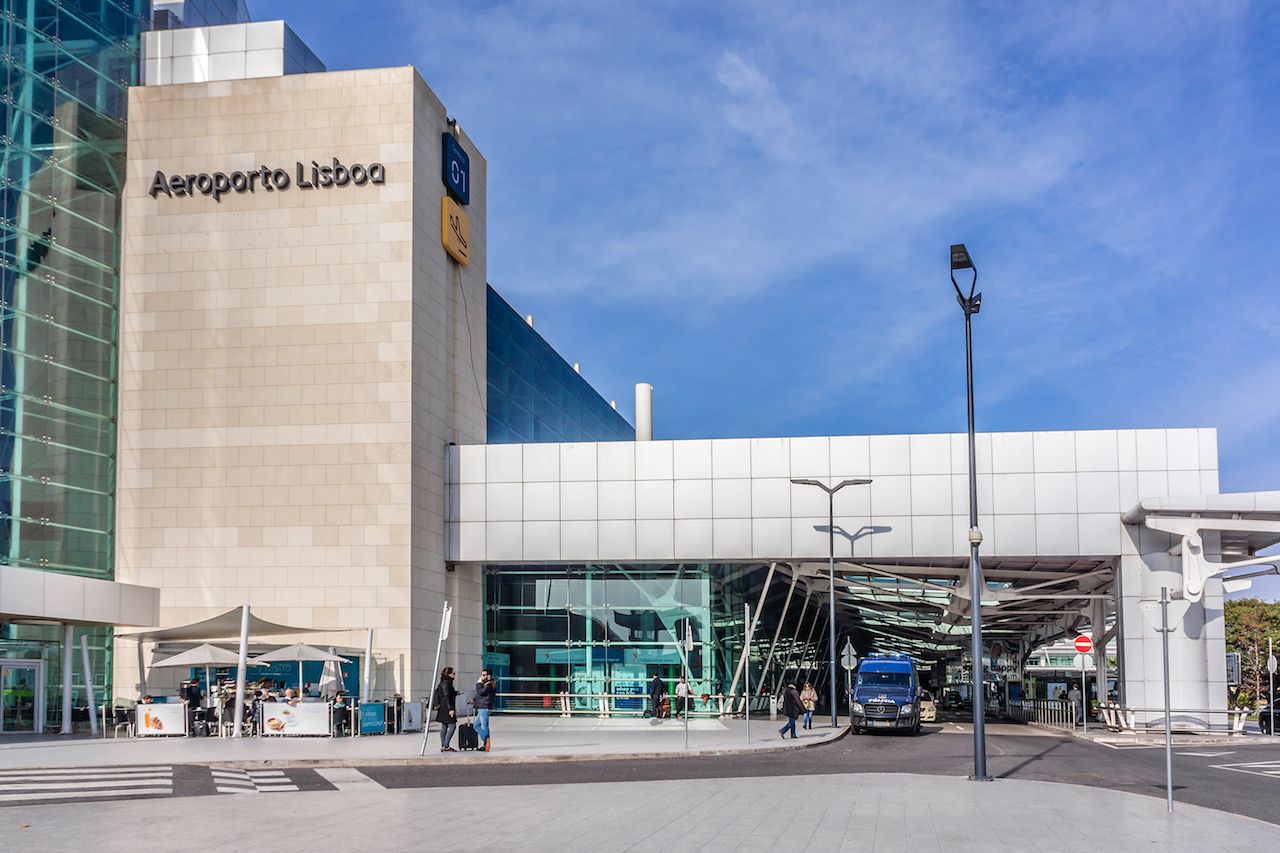 Lisbon has no clear signage — in English or Portuguese — directing passengers to a rideshare area. And as intuitive as walking out the front door and looking for it might seem… well, it’s not. Assuming you’re flying into the international terminal, Terminal 1, you’ll need to turn right when looking at the front door, then keep walking until you get outside. Once outside, look for the “Kiss and Fly” lot, which is where your driver will meet you.

Sounds simple, right? Not really. The lot is across the airport drive from the terminal, and some drivers may try and pick you up on the curb in front of the terminal rather than in the lot. While waiting at the Kiss and Fly, you’d be wise to keep an eye on the curbside area in case your car has pulled up there instead. 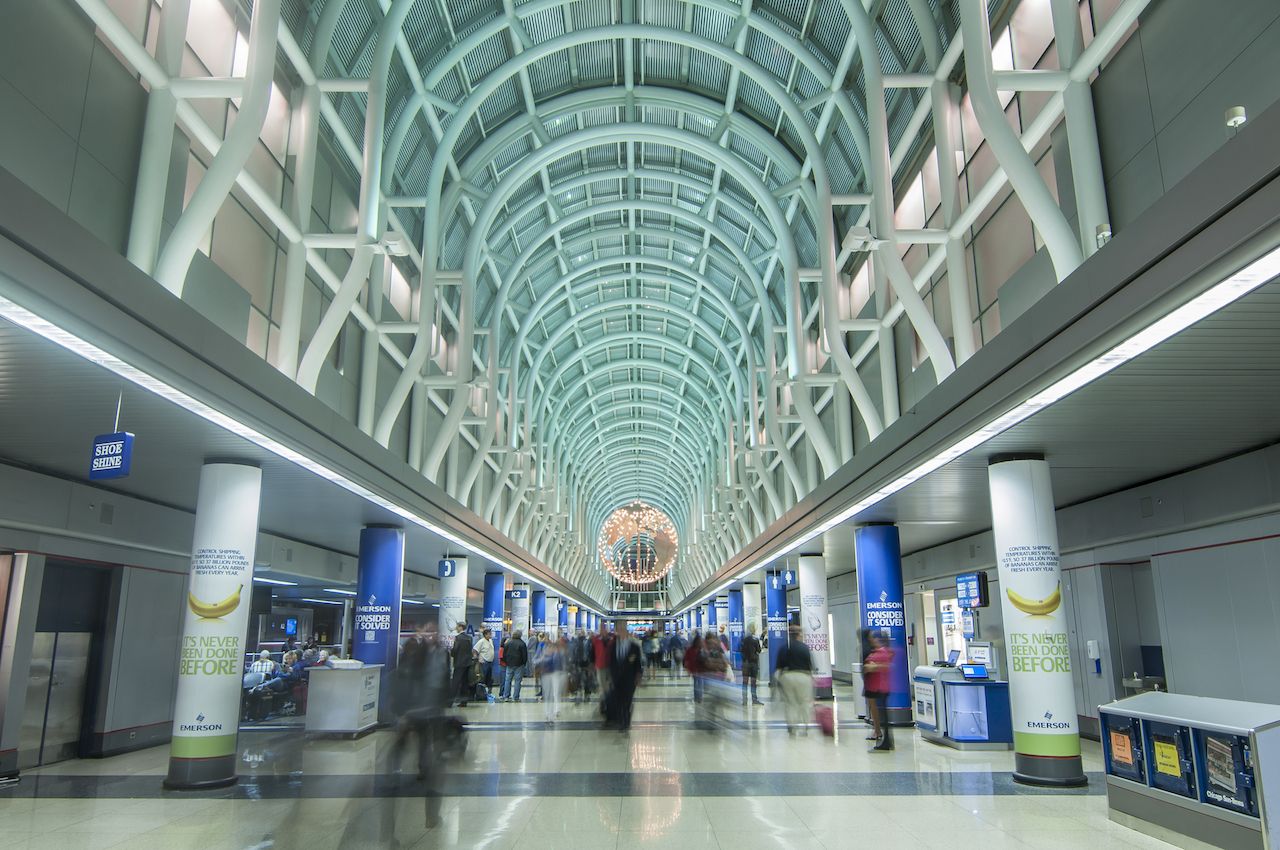 Pro tip for traveling to O’Hare: Pack light. Because if you’re taking an Uber, you’re gonna be lugging your suitcases a loooong way. One of America’s busiest airports has a whopping five terminals, and would you like to guess how many of them have Uber pickups zones? One. And it’s on the departures level of Terminal 2 — because what kind of lunatic would expect an Uber pickup at Ground Transportation?

If you’re anticipating this hassle, it’s not so bad, but if you get off the plane expecting a pickup zone somewhere within the zip code, then request your ride only to find out it might as well be in suburban Indiana, it can be a bit of a shock. Your options are either taking a shuttle bus ride to Terminal 2 or schlepping your luggage and walking — which hopefully burns off enough calories to enjoy a slice of deep dish later. 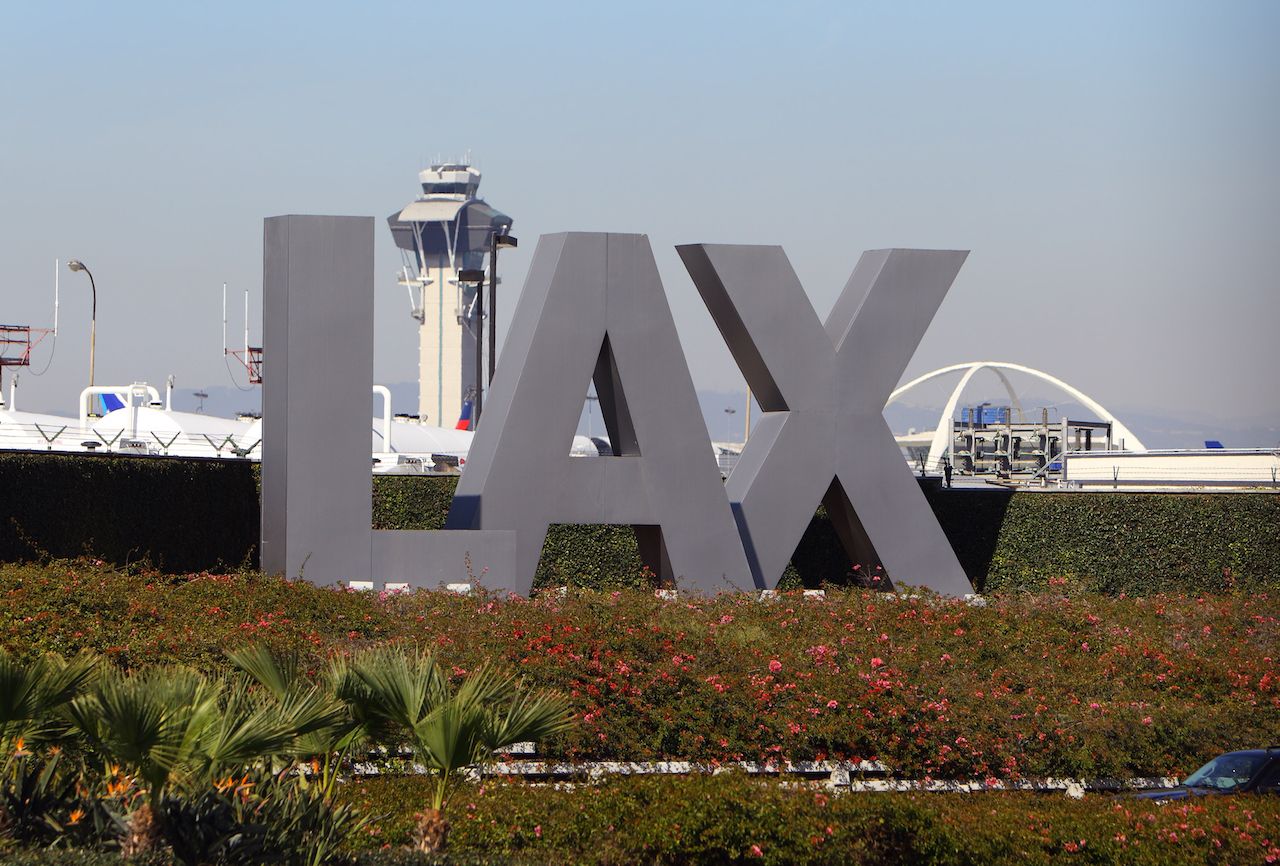 Say what you will about LAX, but it gets you ready for the onslaught of LA traffic before you even leave the terminal. Trips from Terminal 1 to the exit can take half an hour on busy days, an excellent preview of the endless gridlock you’ll experience once in the city. So while catching a rideshare at LAX isn’t particularly confusing, it is a test in patience and perseverance nonetheless.

There aren’t many visible signs for rideshare pickups in baggage claim, and you’ll only learn that you have to go upstairs once you’ve actually called the ride and the app tells you. Don’t go looking for any “stairs” either; LAX has limited elevators and escalators that go between levels, and they don’t all let you off near the rideshare zone.

Once on the top level, look for the mob of people holding their phones and squinting at license plates as cars go by on the airport drive. That’s your pickup zone. Your driver is likely coming from a nearby holding lot, and on busy days, they might legitimately take 20-25 minutes to reach you if you’re flying Delta or American. Your best bet at LAX is to hop on a hotel or rental car shuttle and call a ride from wherever it drops off. You might literally save half an hour. 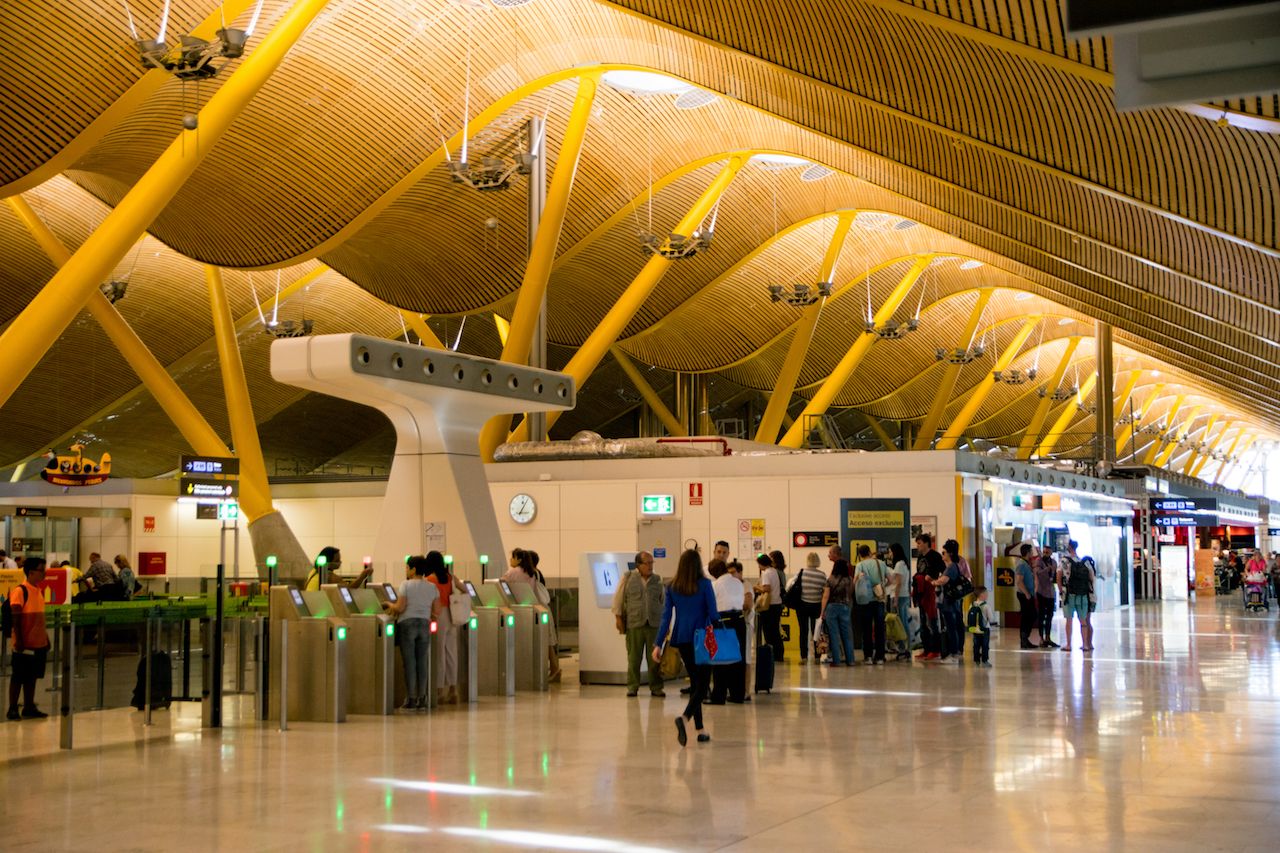 Europe tends to regulate its for-hire drivers a little more than we do in America, so the money you save taking a rideshare vs a taxi from Madrid might not be worth it. But if you’re a creature of habit that just doesn’t like taxis, things can get complicated. Again, there’s no real signage for rideshare pickups — at least not in English — so you’ll have to open the app. Once you do that, it’ll tell you to go to the rental car areas in Terminal 1 and Terminal 4.

Once you arrive on the correct floor for pickup (the app should tell you this), you’ll have to wander around aimlessly and watch the blue dot on your phone to see when you’re close to the actual pickup spot. It’s not marked and even harder to find with the current construction. If you speak Spanish and have international calling, your best bet is to just call the driver and see where they are. 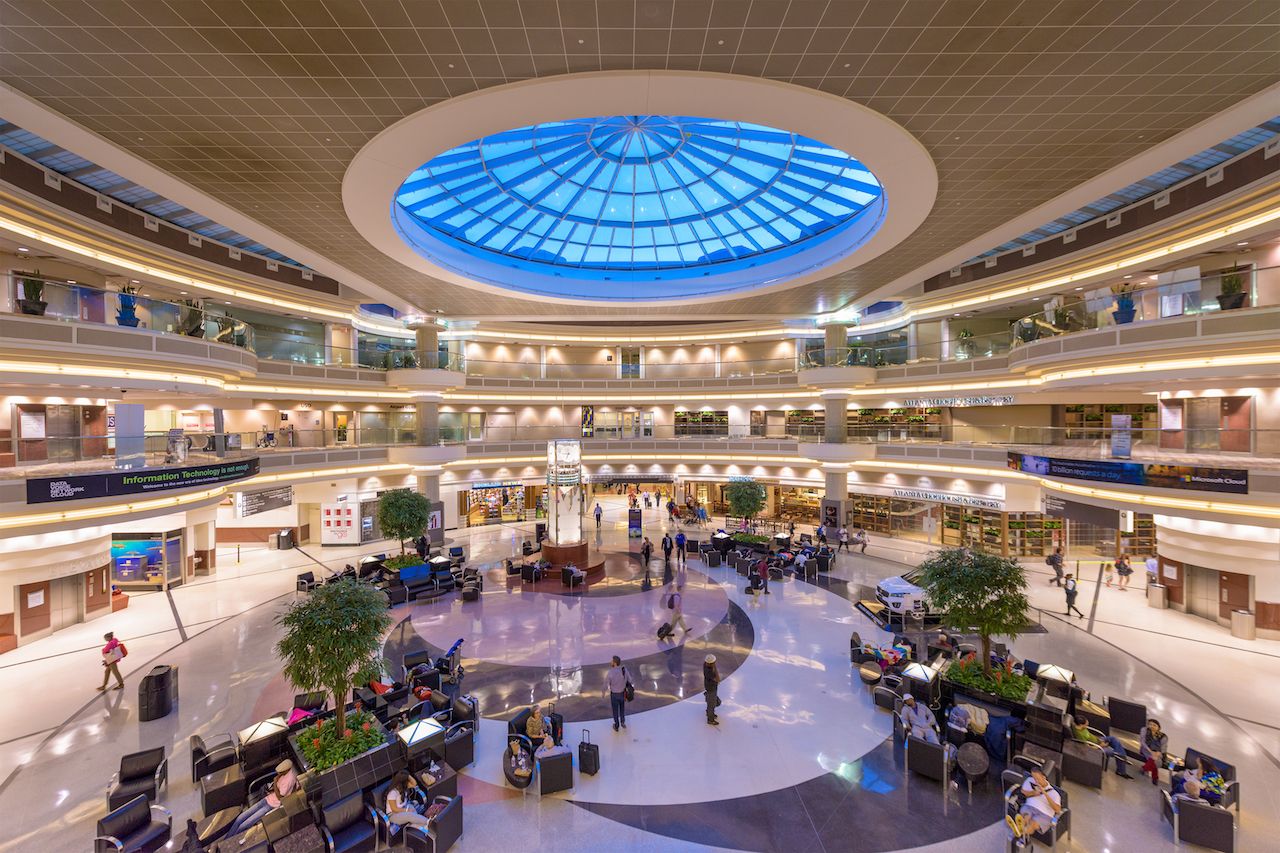 ATL might have the longest walk from its baggage claim to a rideshare pickup zone of any airport in America. If you fly into a domestic terminal, grab your bags, do a few hamstring stretches, get a Clif bar at the newsstand, and begin your trek. The pickup area can be a 20-minute walk, and during busy times, your ride might take another 20. And because drivers get charged to park if they wait more than 15 minutes, you can’t call them before you get to the lot as they leave when it gets close to 15 minutes of waiting.

The preferred way around this is heading to Terminal F, where drivers pick up on the drive near the taxi zone. It can also be a trek if you’re in Terminal A, B, C, or T, but if you’re not checking bags, you can call the ride as soon as you step out of baggage claim, walk fast, and time it just perfectly.

Financial SavvyIs It Cheaper To Rent a Car or Take an Uber? Everything You Need To Know.
Tagged
Airports + Flying Travel Insider Guides
What did you think of this story?
Meh
Good
Awesome