You know those guys who’re constantly shaving ounces off their setup? Trimming extraneous straps and webbing off their backpack in the name of swiftness? Opting for one pair of skis over another to save a couple hundred grams? Bringing just enough food and water to ensure they don’t die in case of an extended stay?

Yeah, I’m definitely not one of those guys.

I’m the guy that leaves the trailhead with my backpack brimming, alpine ski boots (sans walk mode) on, and generally looking overburdened for a day at the resort, let alone a day in the Tetons. I’m not about speed, as many people are in the Tetons, and couldn’t tell you my car-to-car time on the last thing I skied. I am, however, about experiences, and this spring in the Tetons has provided no shortage of them, in spite (or perhaps because of) how much weight’s on my back.

A relatively average winter followed by a mild April made for long approaches this spring in Grand Teton National Park. There was bushwhacking, a lot of log sliding with skins on, and an overall struggle to gain the snowline as warm days forced the snowpack to retreat further into the hills. However, all of the scrapes, muddy boot cuffs, and pre-dawn sweat were worth it once in the alpine. 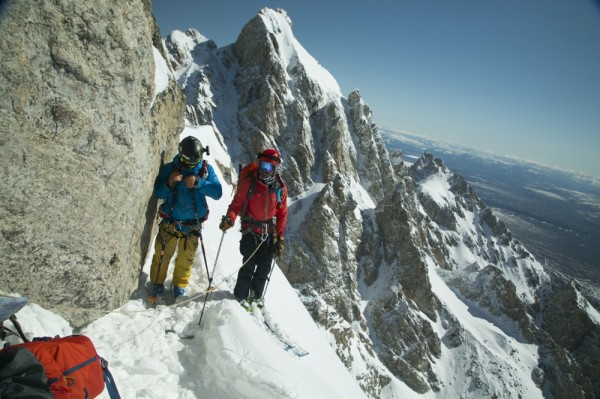 Like all things skiing, there were good days and better days, and this spring in the Tetons was no different. While there were a fair share of frustrating moments, there were also poignant, high-five-inspiring successes that will live long in my growing bank of Teton memories. First and foremost: the Middle Teton. An early start, after one of the last storms of the season blanketed the valley with six inches of snow, put us on top of the 12,804’ peak just before the May sun’s intensity would transform the face into a difficult-to-manage state of decrepitude.

The 2,500’ east face of the Middle Teton provides one of the best traditional big-mountain runs in the park. The light powder on top of the (somewhat) smooth melt-freeze crust provided a stage for turns that are more at home on high-speed groomers than open backcountry faces. Smooth and fast, it was one of those runs that you instantly know you’ll remember for the rest of your life.

Perhaps a distant second were exploits in the hourglass couloir off the north face of Nez Perce. A somewhat later start left us behind the ball, and we were disappointed to see a handful of (actually 8) people heading up the West Hourglass, which was holding better snow. Undeterred, we opted for the brutal…err…more adventurous East Hourglass, with its deep runnels and “variable” snow. Some may have called it “survival skiing” — I like to think of it as “unique condition skiing,” which, by definition, can only make you a better, more diverse skier. 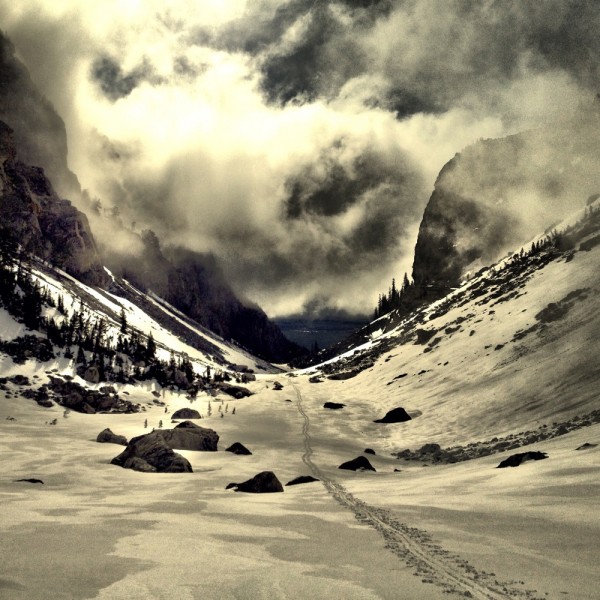 While spring skiing in the Tetons requires a particular set of skills, sense of adventure, and ability to suffer, if the goal is adventure and not merely ticking something off one’s hit list, these spring turns never fail to deliver.

Perhaps the best part about spring skiing in the Tetons is that it never actually ends. There’s always a sliver of snow somewhere — it probably just requires a bigger pack to get to.

Tagged
Ski & Snow Ambassadors
What did you think of this story?
Meh
Good
Awesome