IN MANY PARTS of the world, train travel is a given. If you’re planning a trip to Europe, chances are you’ve at least looked into Eurail passes and most likely you’ll be riding the rails at some point in your travels there. Not only is the Trans-Siberian route a rite of passage for many adventurous travelers, but it’s a commuting rail used by locals to get from point A to B. Train travel in China is a fantastic way to roam around the massive country.

But how many travelers consider the rails in the U.S. and Canada? I’m guilty myself, never having ridden on a train in North America. So I put forth the question: What are the best train rides in the States and Canada? The answers I got have given me some ideas for my next North American travels.

Before I dig into the American routes, I found this great forum thread called Amtrak: Best Kept Secrets. Posters give their advice for issues like dealing with ticket agents, finding good deals, how to pack, and what kind of seat/compartment to book. Some examples: 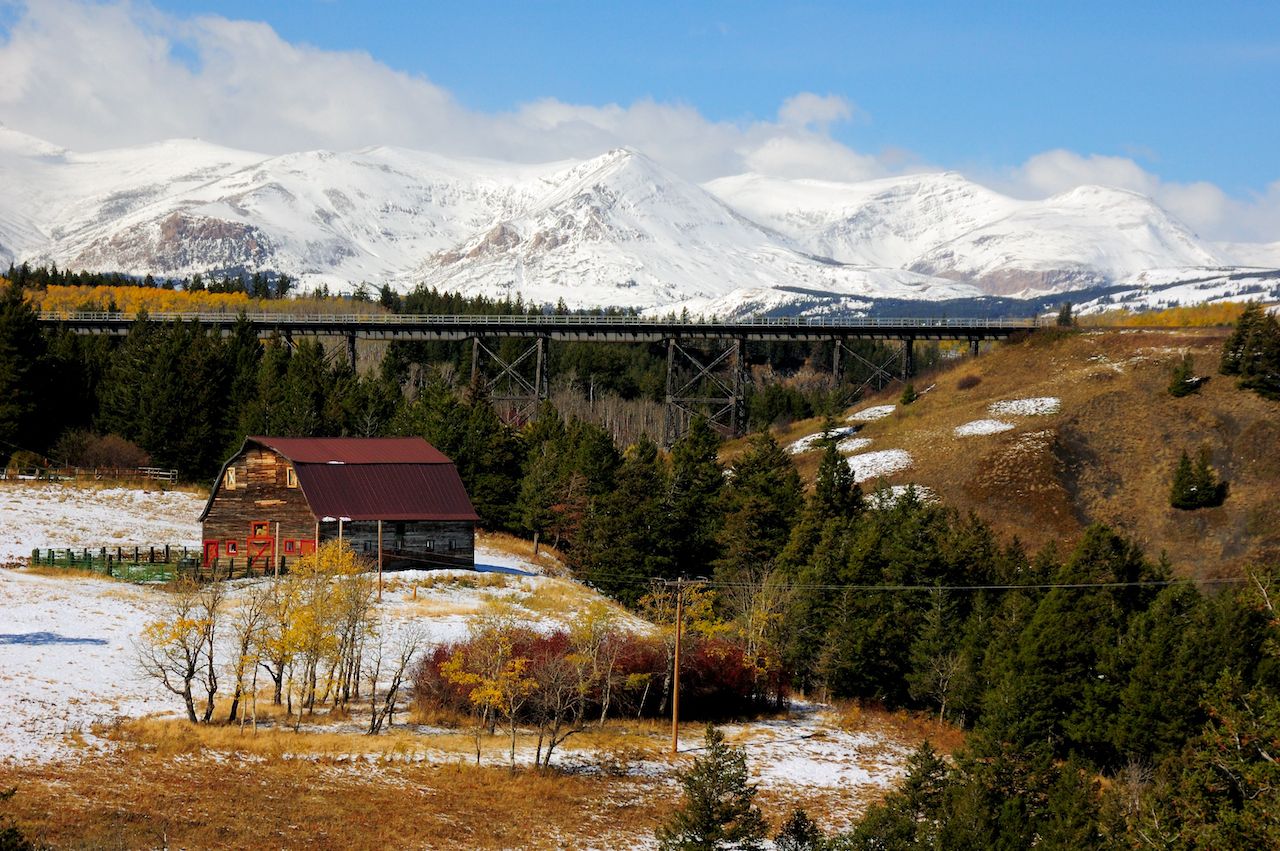 Route: Chicago to Portland -or- Seattle

What you’ll see: Sandstone formations and lakes of the Wisconsin Dells, farmland and river towns along the Mississippi, and Glacier National Park in Montana.

I was on tour with a band. We carried our instruments onboard, performing for passengers…sounds I heard as we barreled down the tracks for those couple of days also inspired me to compose a parade drum duet entitled “West of Williston.” It was directly based on the rhythms of the train speeding up and slowing down at each station. Having the observation car to sit in and gaze at the passing scenery makes the Empire Builder one of the most beautiful and relaxing ways to travel across this country. – Mark Powers

No matter which route you choose, don’t skimp on the cabin — the smaller ones are very small. – Nicholas Peterson 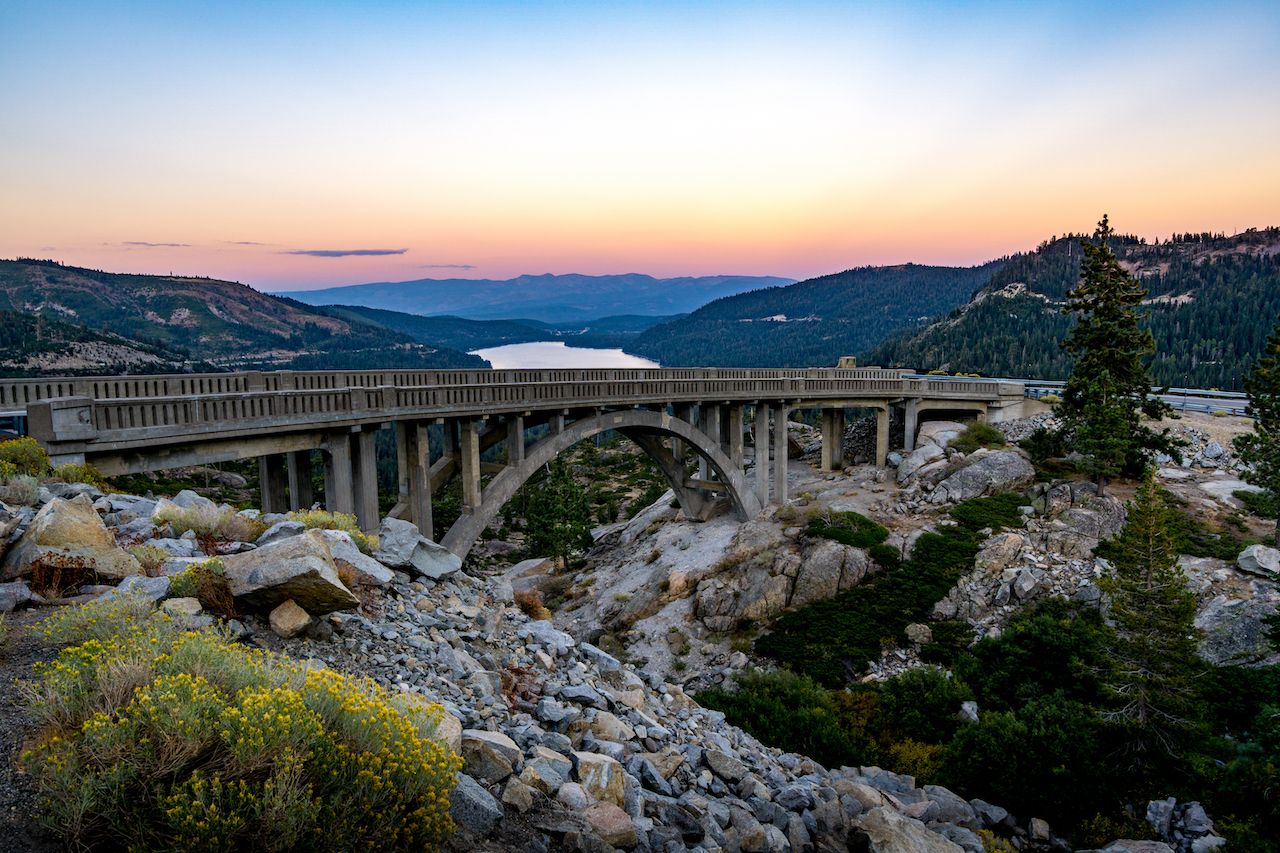 What you’ll see: Front Range of the Rockies, across the Great Divide, numerous switchbacks and 29 tunnels, Roosevelt National Forest, 6-mile Moffat Tunnel (at which point you will be 9000ft above sea level), Gore and Glenwood Canyons, the Colorado River, Ruby Canyon, Grand Mesa, Salt Lake City, the Nevada Desert, the High Sierras, and Cali’s Donner Pass.

For scenery, you can’t beat the Zephyr, but check you’ll be passing through the Rockies during daylight hours. – Natasha Young 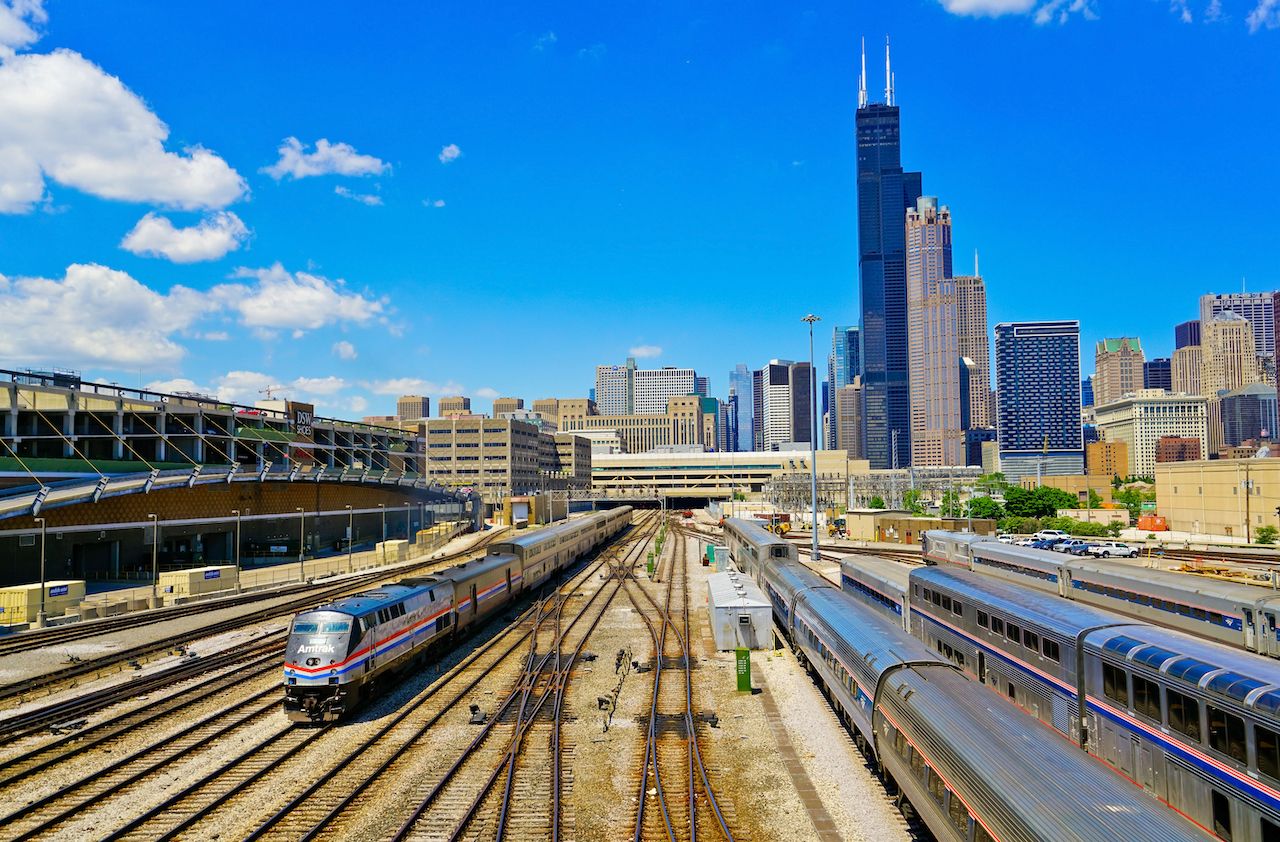 What you’ll see: Farms as far as the eye can see, mountain ranges and rivers, the Great Lakes of Michigan, Erie, and Ontario, the Finger Lakes, the Mohawk River, and the rolling hills and woods of the Berkshires.

For all trips up or down the river, the best trains are not [actually] the Lake Shore Limited – which is often packed with families and tired travelers sprawled out and haggard. The best trips are the early morning runs, especially southbound, where the train is not full and there are lots of state workers (lawyers and lawmakers) commuting from the NY state capital, to the state’s biggest city. – Dan Ruderman 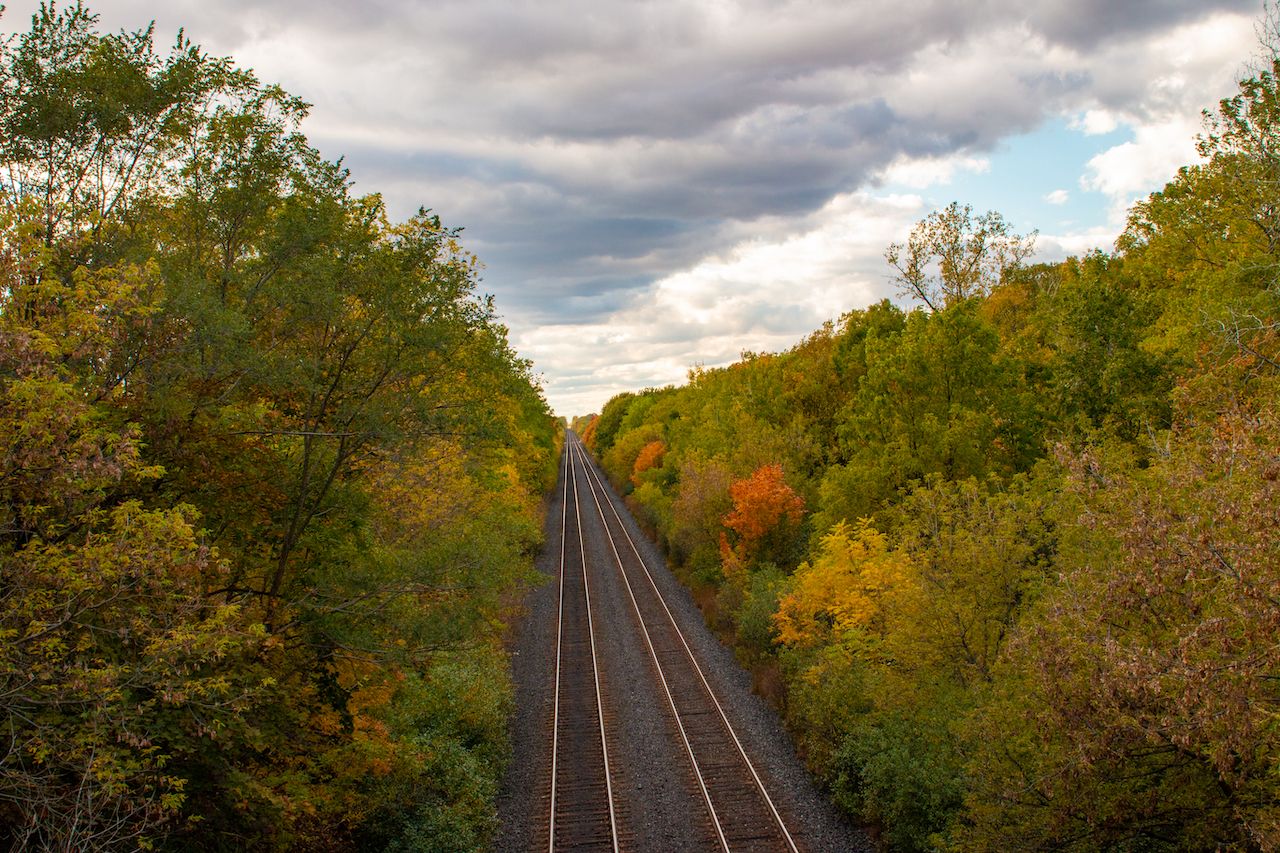 What you’ll see: The Pallisades and the Hudson River Valley, Bannerman’s Castle, West Point Academy, and 50 miles of Lake Champlain (with maybe some ice fishermen in the winter).

When crossing the border into Canada, make sure you have your affairs in order. Yvonne Alcos recently had an unforgettable experience, for all the wrong reasons. To read about it and pick up some tips for border crossings, read Interrogated at the Canadian Border (and Tips to Avoid Problems). 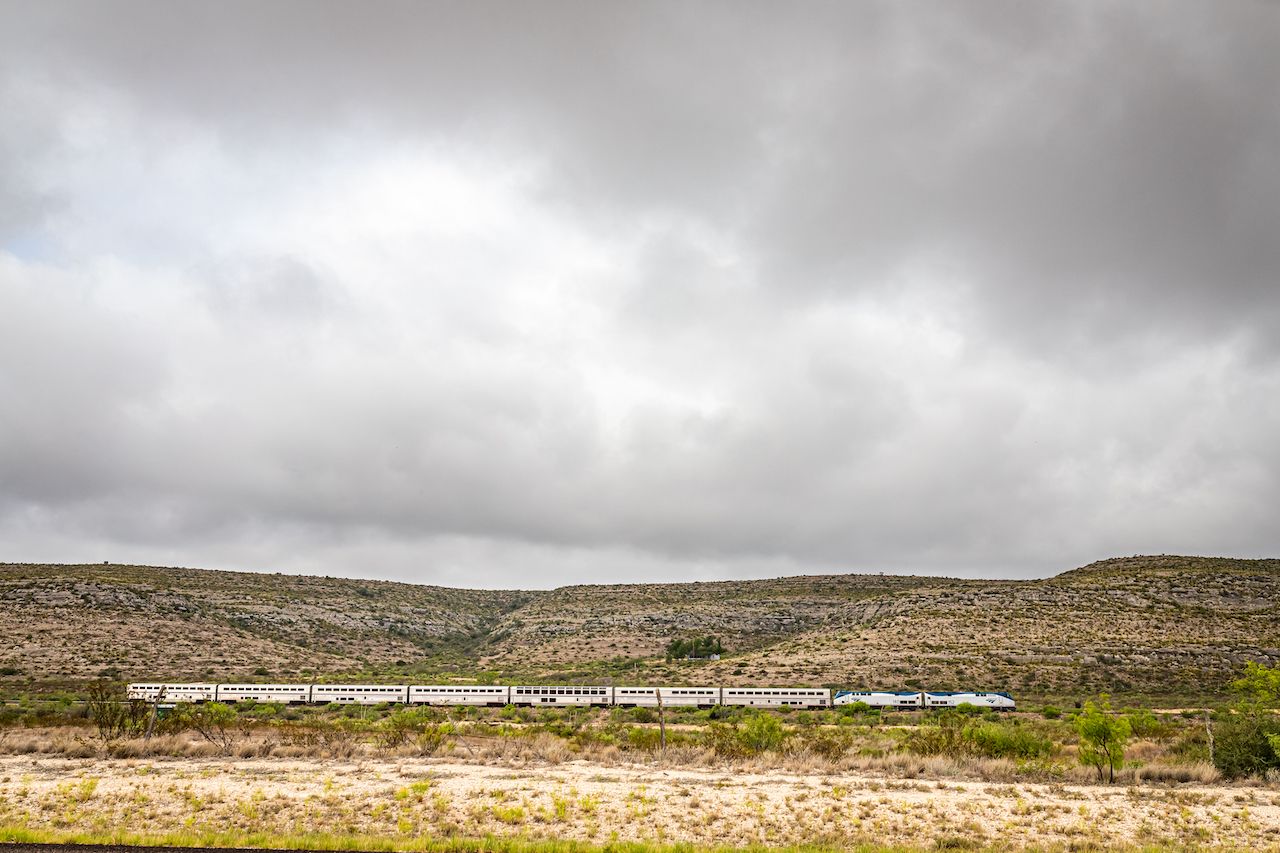 It’s best known for the fact that it goes within 10 feet of the wall between Mexico and the United States in El Paso, Texas…I took it because it was a unique way to get from the West Coast to New Orleans, and it was nearly the same price as flying (though it took 2 days versus 4 hours). – JoAnna Haugen

It gives you a truer flavor of our nation. – Samuel Emanuele in this New York Times article on the Sunset Limited. 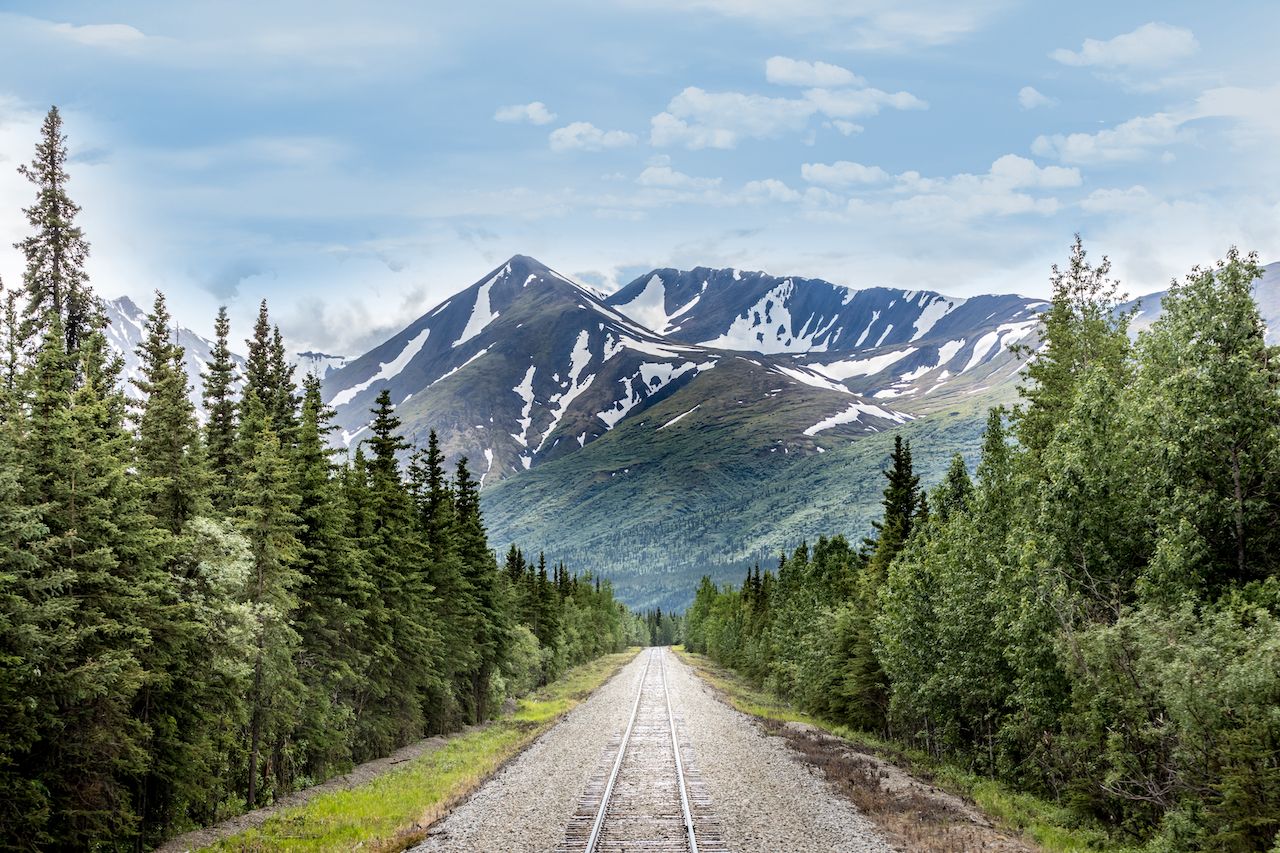 Routes: Several between Seward and Fairbanks

What you’ll see: See quote below…

It is hard to imagine that there is a more scenic destination railroad experience than the Alaska Railroad. The train runs from Seward on the Pacific Coast to Fairbanks in Interior Alaska, with intermediate destinations in Anchorage, Talkeetna and Denali National Park. The scenery is spectacular, ranging from coastal to mountain [views]. The wildlife that can be seen from the train as you wind through the river valleys and over Broad Pass through the Alaska Range is unequaled anywhere. From the train I’ve seen caribou, dall sheep, moose, bear, beluga whales, orcas, bald eagles and small game species too numerous to mention. Traveler options include packages or do-it-yourself deals. I have been a long-time rider, who has enjoyed every trip. – LTC Jeff Roach, Alaska Army National Guard 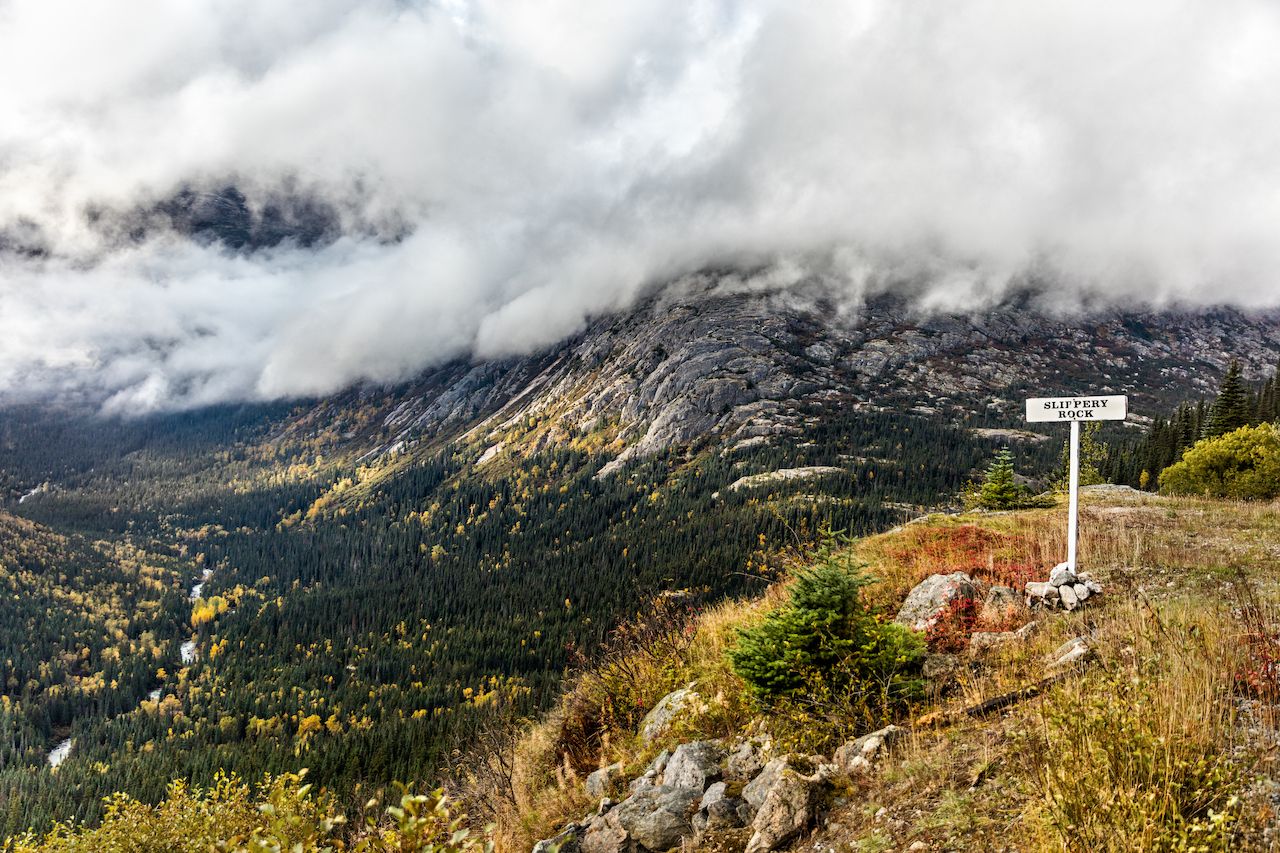 There is no food provided on the train so pack a few small snacks as well if needed…but they do provide water bottles if you get thirsty. You can get up during the ride and walk around to the front or back of the cars and a couple people can stand on the outside landings between each car for a good photo shot without the window. Sit on the LEFT side of the train if you can. You will see both sides of the view no matter where you sit, but they provide you with better narration on the way up the mountain of what your seeing on left side of the train. Also, if [you’re] taking the ride in the cold season, heating is limited on the trains, so dress very warm! – Crystal Harlow