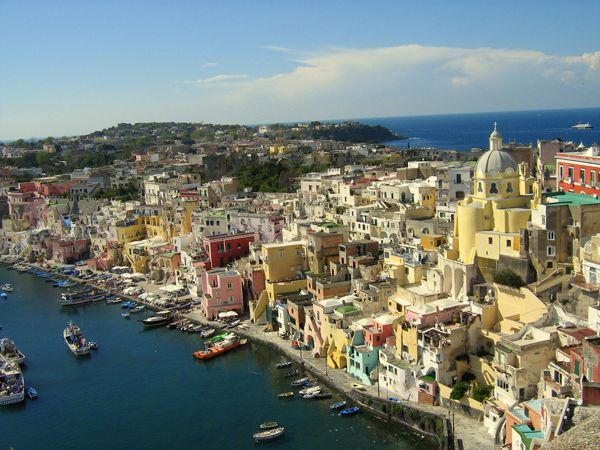 Finding the best time to visit Italy is a delicate balance between finding the most comfortable weather, avoiding the flood of summer tourists, and keeping prices in check. The periods when many Italians are taking month-long vacations of their own often see the shutdown of local businesses in some areas and skyrocketing prices in others.

The climate in Italy varies significantly by region. Southern Italy experiences a mediterranean climate with moderate winters and warm, dry summers, while northern Italy is typically cooler, more humid, and foggier. The Alps get harsh and long winters with snowfall beginning as early as November and lasting through April.

Matador member Carolyn Votaw has lived in and traveled extensively all over the peninsula. She calls out spring as the best time to visit Italy:

During mid-March to early May the climate is fairly mild which is great for walking and cycling around different cities and villages. There will be tourists year round, but in early spring you’ll steer clear of the humid heat and the chaos of summer vacationers. You’ll still get to enjoy plenty of festivals and some pleasantly temperate days to head to the coast and find a spot on the beach to sunbathe.

Be sure to take advantage of the annual Settimana della Cultura (culture week) in April, when major museums and monuments all throughout Italy are free of charge.

Barbara Zaragoza, a Matador member who lived in Italy for three years, also suggests spring as an optimal time to visit her former home city of Naples:

July and August get unbearably hot. The whole month of August, Neapolitans clear out and go to the beaches, so the entire city feels like a ghost town with most shops and restaurants boarded up for the month. While visiting the city during the winter months may be a wonderful chance to experience local life without the many tourists, the Amalfi Coast and beaches are not open from around November to March. I would say that the absolute optimal times to visit the region are in the months of April/May/June and September/October.

If you like crowds or festivals, September 19th is when the patron saint of Naples, San Gennaro’s blood liquefies at the Duomo (Cathedral). There are processions, candy vendors, and many other outside activities on that particular day.

Matador member Laura Thayer lives and blogs from the Amalfi Coast — just south of Naples. She adds that April through June or September through October are the best times to visit the Amalfi Coast to see great weather and flowers. She continues:

July is perfect for beach days. August is very crowded and hot and expensive… Not recommended at all. 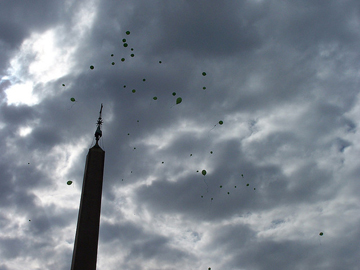 Winter may be cold, but it makes for some moody photos.

I spent several months in Rome through a particularly harsher-than-normal winter. I remember complaining through January and February about the neverending rain — an obvious exaggeration, as I never once felt it necessary to purchase an umbrella during my time there.

As the weather warmed up, so did the tourist scene. I began noticing longer and longer lines and more crowds wandering the streets in the weeks leading up to Easter — I even got attempted-pickpocketed for the first time. I’d naively thought that after Easter, Vatican City would again be my own private romping grounds, but I was wrong. The crowds never subsided into the summer. I got tired of being asked to take photos of people in front of things, so I headed elsewhere after May.

My advice? Pack some extra layers and choose cold(ish) weather over crowds. Late-February through the end of March were the best weeks I saw in Rome.

So, what’s the best time to visit Italy?

Tagged
Travel Rome, Italy Naples, Italy
What did you think of this story?
Meh
Good
Awesome

Naples may be rough around the edges, but here’s why we love it anyway

The perfect five-day itinerary for the Bay of Naples, Italy’s most fascinating region

Exploring sewers, utility tunnels, and catacombs around the world

Dialogue of 5 travelers on their first night in Rome [script]

12 of the best Airbnbs in Rome, Italy

This is the best video of Rome you’ll ever see