The Rarámuri or Tarahumara are a Native American people of northwestern Mexico. Originally inhabitants of much of the state of Chihuahua, the Tarahumara retreated to the high mountains and canyons — like the Copper Canyon in the Sierra Madre Occidental — when Spanish explorers arrived in the 16th-century. There are about 120,000 Tarahumara today, many of them still practicing a traditional way of life by living in caves or cliff overhangs and sustaining on a diet of corn and beans.

The Tarahumara call themselves Rarámuri, which means “the one with light feet” in their native tongue. They hold the ability to run up to 270 km straight without stopping, or up to 700 km in just a few days. It’s believed that their widely dispersed settlements and the absence of any transportation have caused the Tarahumara to become the best long-distance runners in the world. Their running shoes are simple handmade sandals, which makes their achievement even greater.

A very important part of Tarahumara lives are tesgüinadas, which are social and religious gatherings such as rain, harvest and curing ceremonies with tesgüino, a fermented drink made from sprouted corn. Because the Tarahumara tend to be a reserved people, tesgüinadas play an important role in finding future partners and socializing with members of other communities.

However, the Tarahumara’s traditional lifestyle and natural environment are being threatened and destroyed by various factors. Gold and silver mining has led to deforestation and water contamination, tourism is bringing modernization and the narco cartels are forcing the Tarahumara to leave their land in order to cultivate marijuana and poppy seed plants. 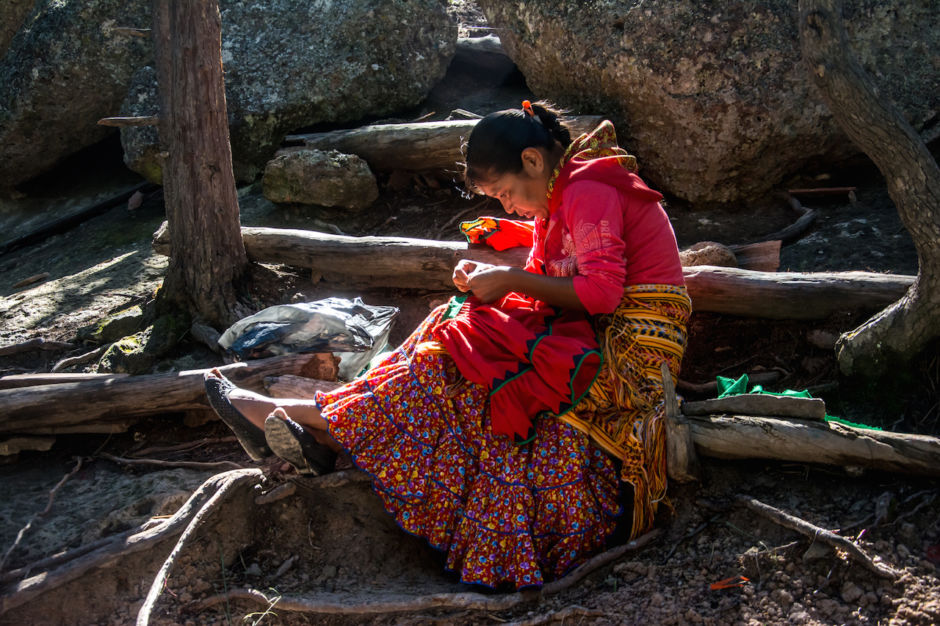 A woman in a traditional flowery skirt and a colorful scarf is sewing clothes. Skirts are very appreciated among the women and are often worn several at a time. Apart from creating a fluffy look, they keep the women warm during the region's cold winters. 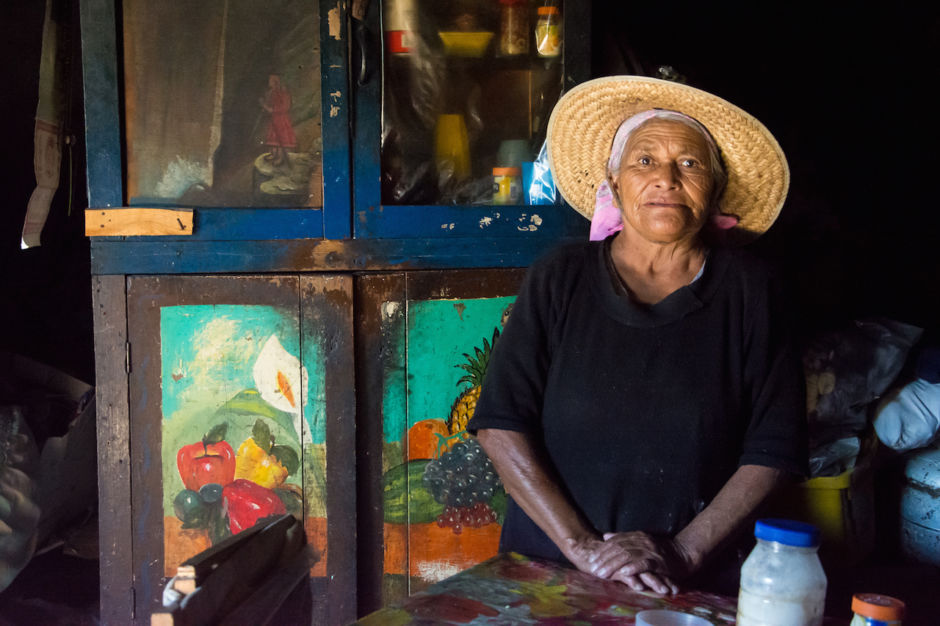 Women play an important role in starting a relationship since they’re usually the ones who take the initiative to dance and sing for potential partners at social reunions. 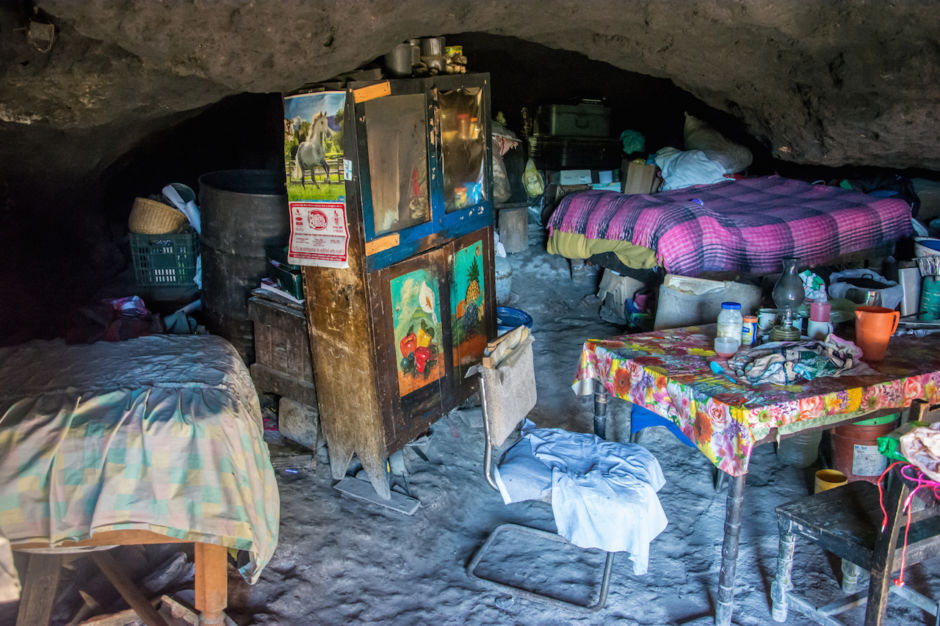 Many Tarahumara still prefer to live in caves, which are equipped with only the essential things like a bed, a table, chairs and a closet. 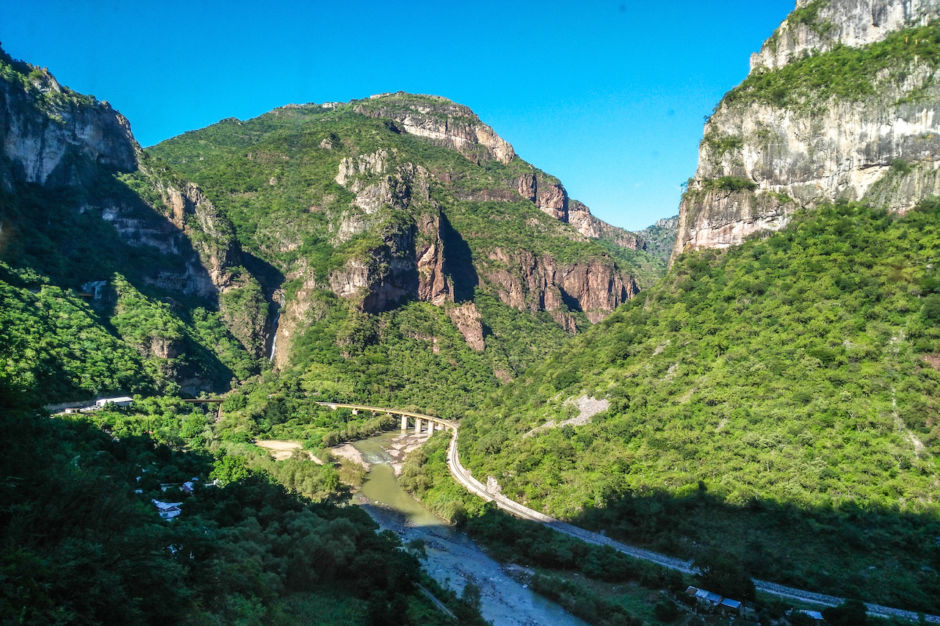 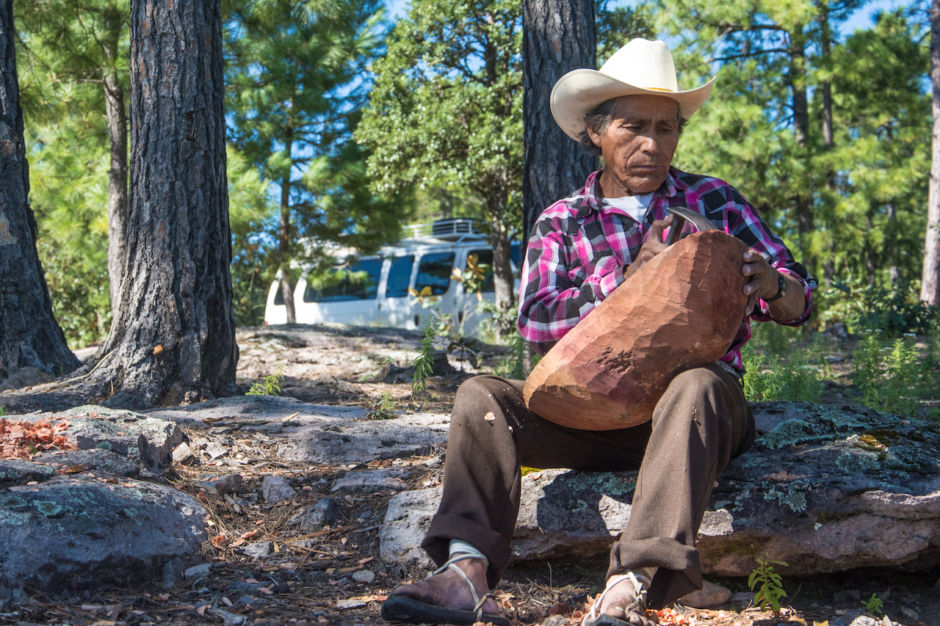 A man is carving wood in order to make batea, an oval recipient for rinsing grains. Most of the utensils are handmade from wood, clay and stone. 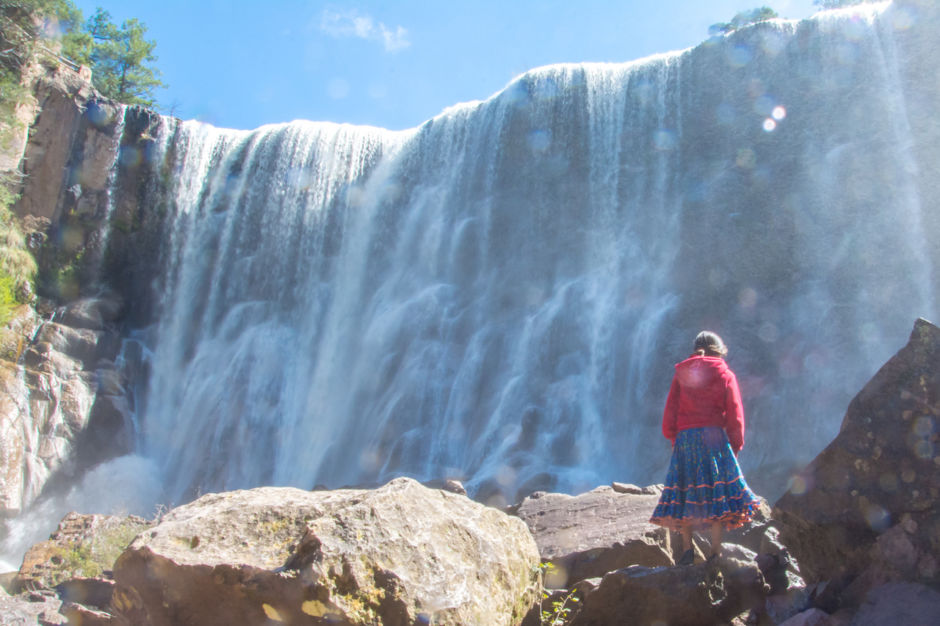 Children are never scolded by their parents and are left with responsibilities like taking care of animals and land at an early age. But most of all, Tarahumara children are given the freedom to make their own decisions. 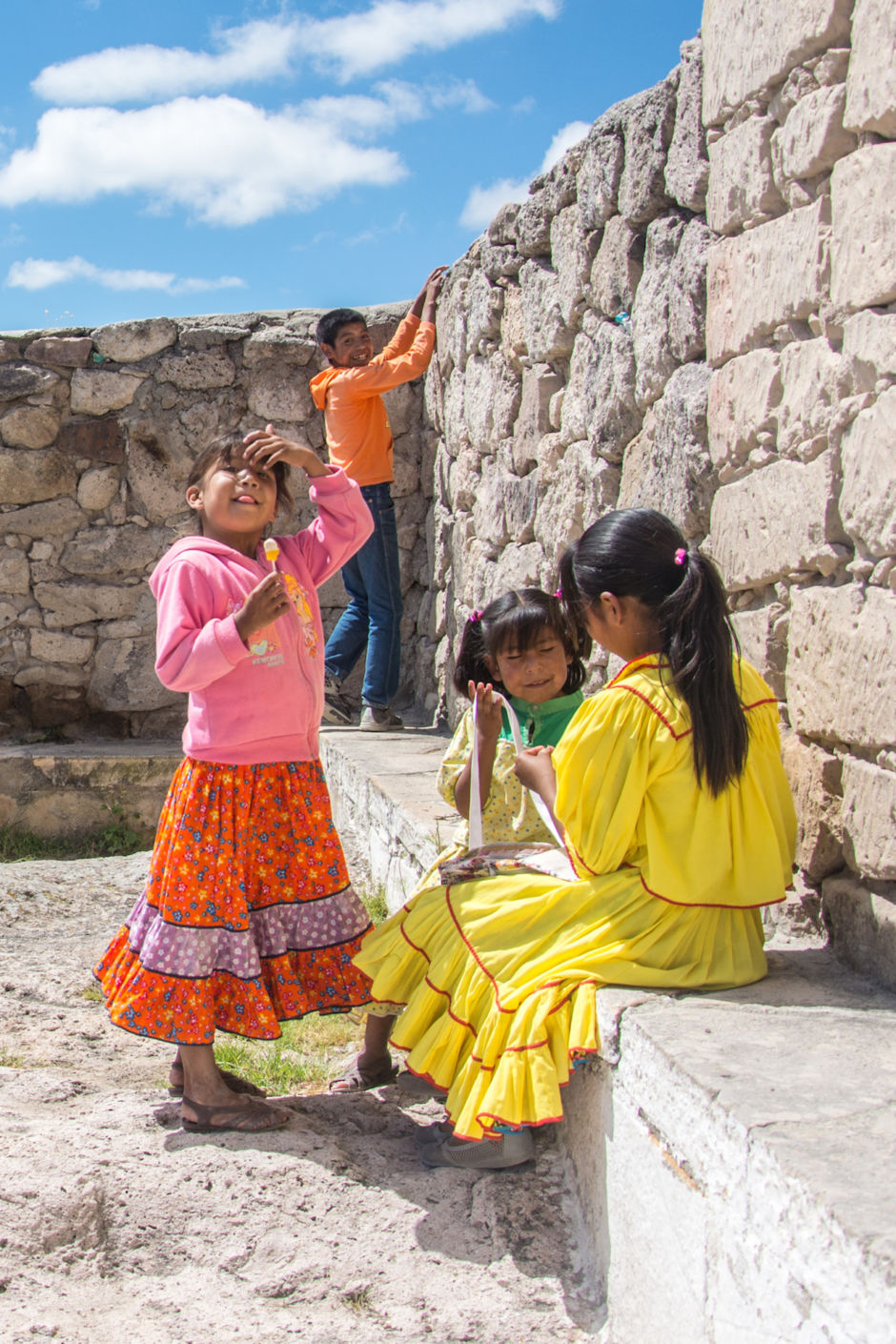 Some children play in the church backyard. Although Tarahumara people do acknowledge the existence of Catholic figures such as Jesus and Mary, they still practice ancient religious ceremonies in which dancing, offerings, the use of smoke and hallucinogenic plants maintain a primary role. 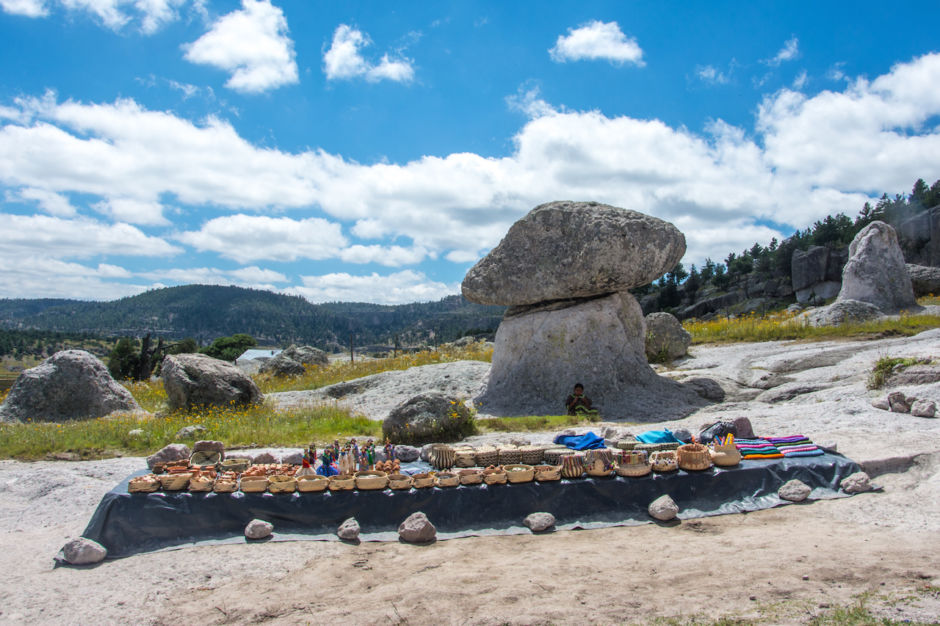 This woman is selling her handicrafts. The crafts are all made from natural materials, like palm leaves and clay. 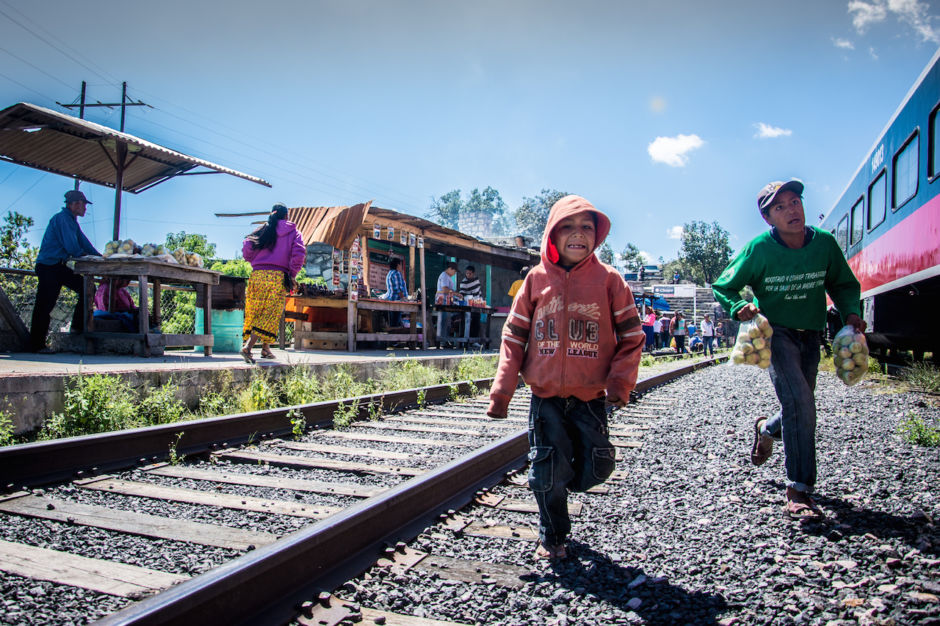 These two boys are running toward the train with bags of freshly harvested peaches to sell to tourists. When they reach 14 years, Tarahumara are considered adults, ready to get married and form a family. 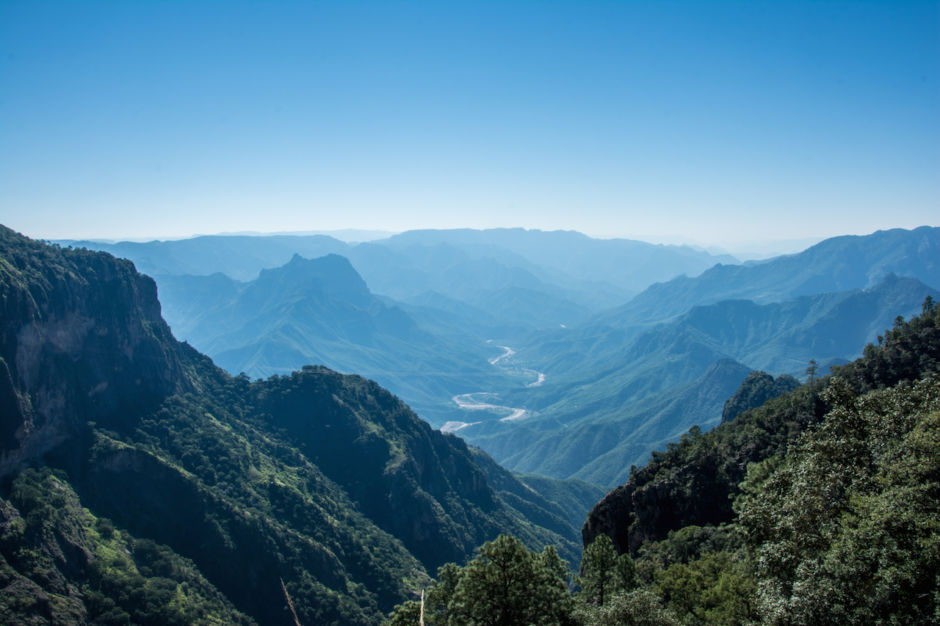 While mountainous regions get covered by snow in winters, the bottom of the canyons are humid and hot throughout the year. 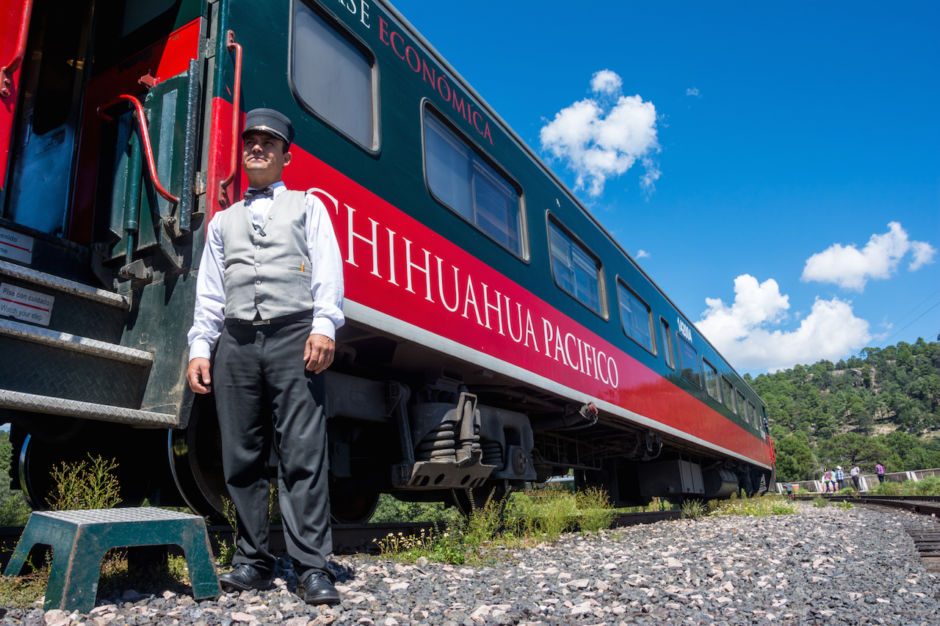 A train conductor gets ready to help the passengers aboard the train. There’s only one train that leaves the city of Chihuahua daily and another one that leaves Los Mochis, making only 6 stops on the way. The whole journey takes 15 hours. 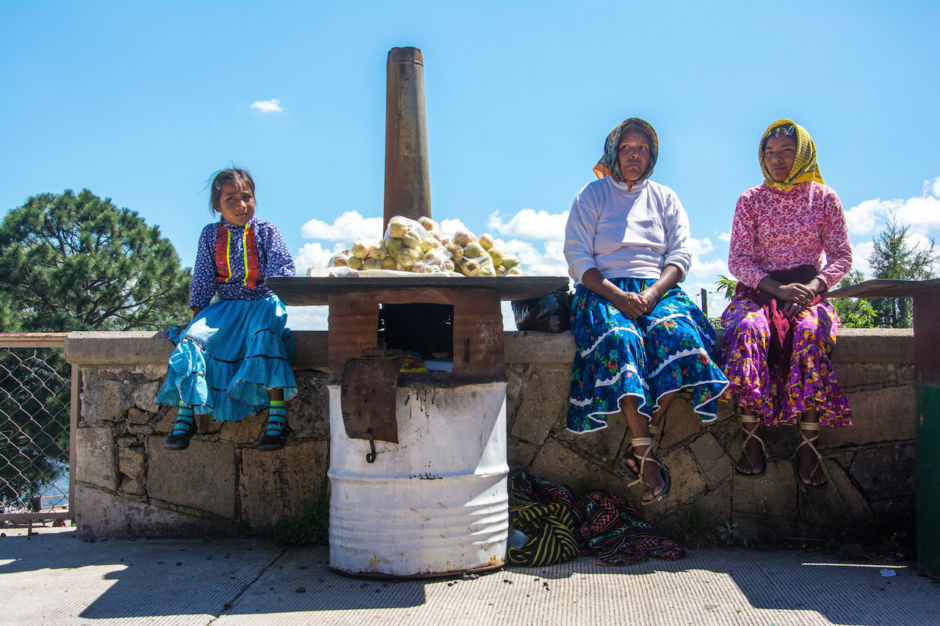 Due to limited alternatives to invigorate their economy, selling fruits and handicrafts represents one of the most important sources of income to the majority of Tarahumara. 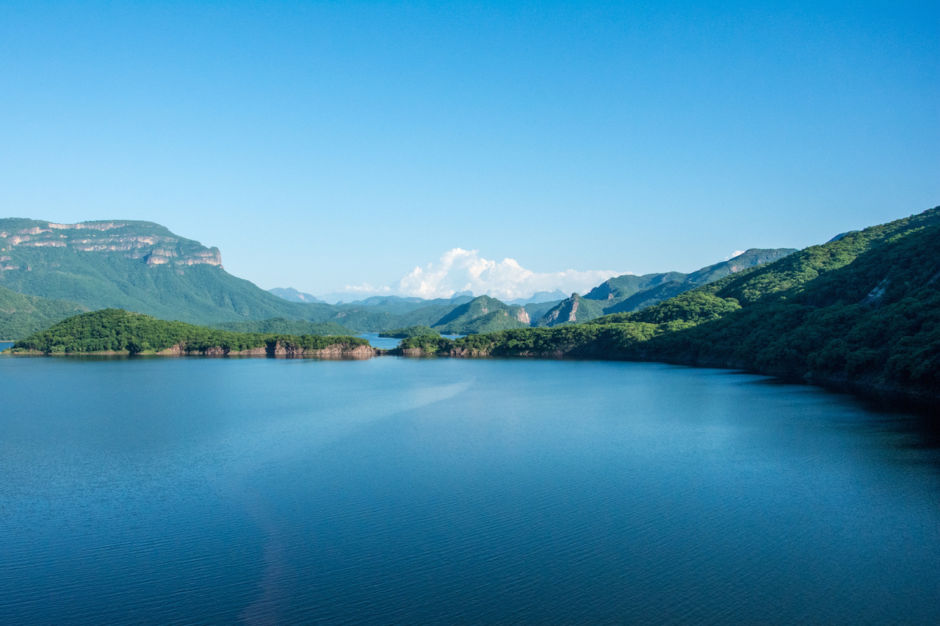 A look from the train.

Tagged
Culture Mexico
What did you think of this story?
Meh
Good
Awesome