California has some of the best surfing you’ll find anywhere in the United States, but if you thought it was all gentle waves and paddling in the sun, think again.

The Mavericks surf break in Northern California has some seriously gnarly waves year-round — and in the winter, they can be more than 60 feet tall.

Why are the waves so big at Mavericks? 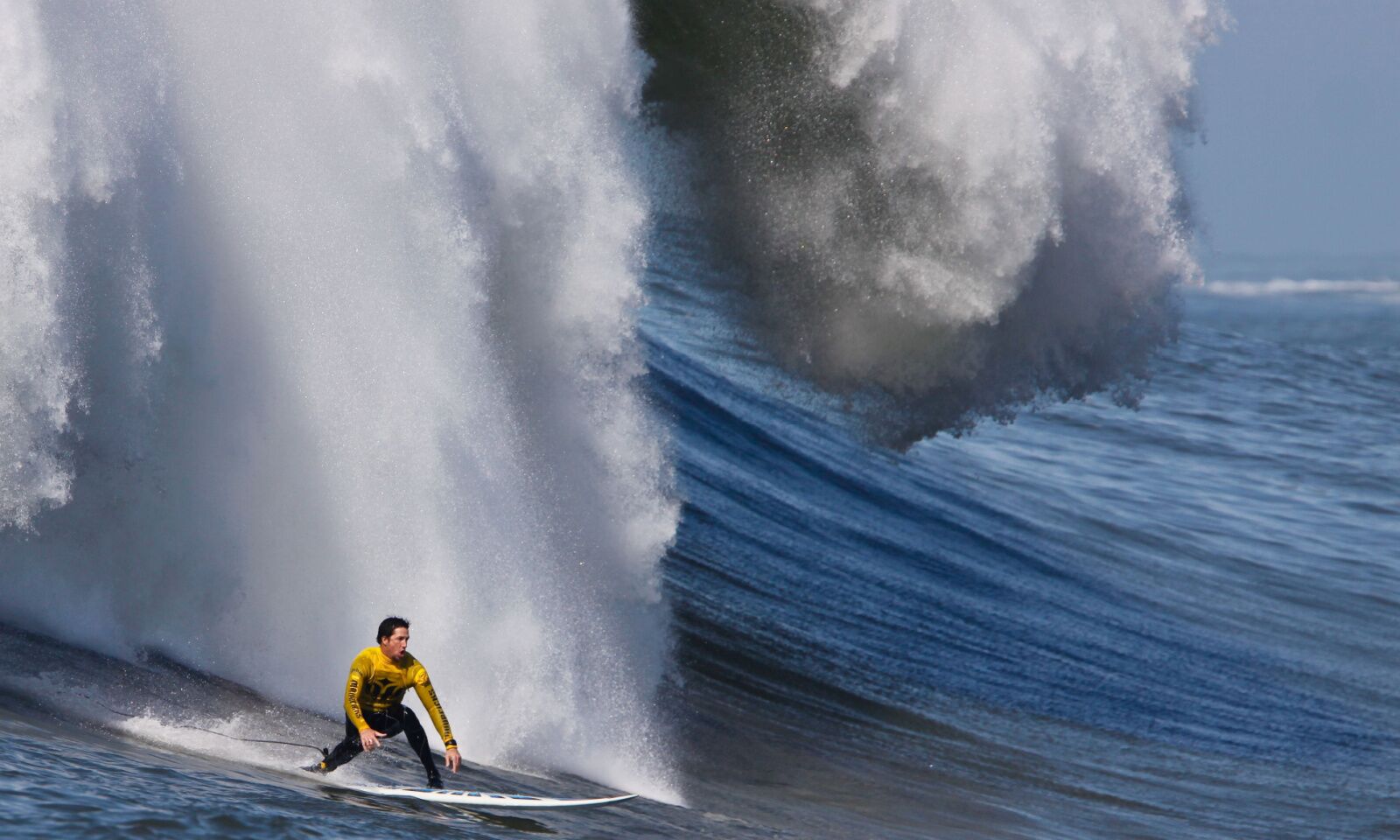 A surf break is a place where the incoming waves break in a way that makes them suitable for surfing. When a wave approaches the shore, it will begin to slow down and lose energy. As the wave approaches shallower water, its base will start to drag along the bottom of the ocean floor, causing the wave to steepen and eventually break. The point where the wave breaks is called the surf break.

The waves at Mavericks are known for being particularly large and powerful due to a combination of factors. One factor is the shape of the ocean floor near Mavericks, which is characterized by a deep underwater canyon that helps to amplify the size of the incoming swells. Another factor is the direction of the incoming swells, which are often generated by storms in the North Pacific Ocean and travel great distances before reaching the Mavericks surf break. The combination of these factors creates the ideal conditions for the formation of large, powerful waves at Mavericks. The waves at Mavericks can reach heights of over 25 feet and are considered some of the biggest and most challenging waves in the world.

The best time for surfing Mavericks 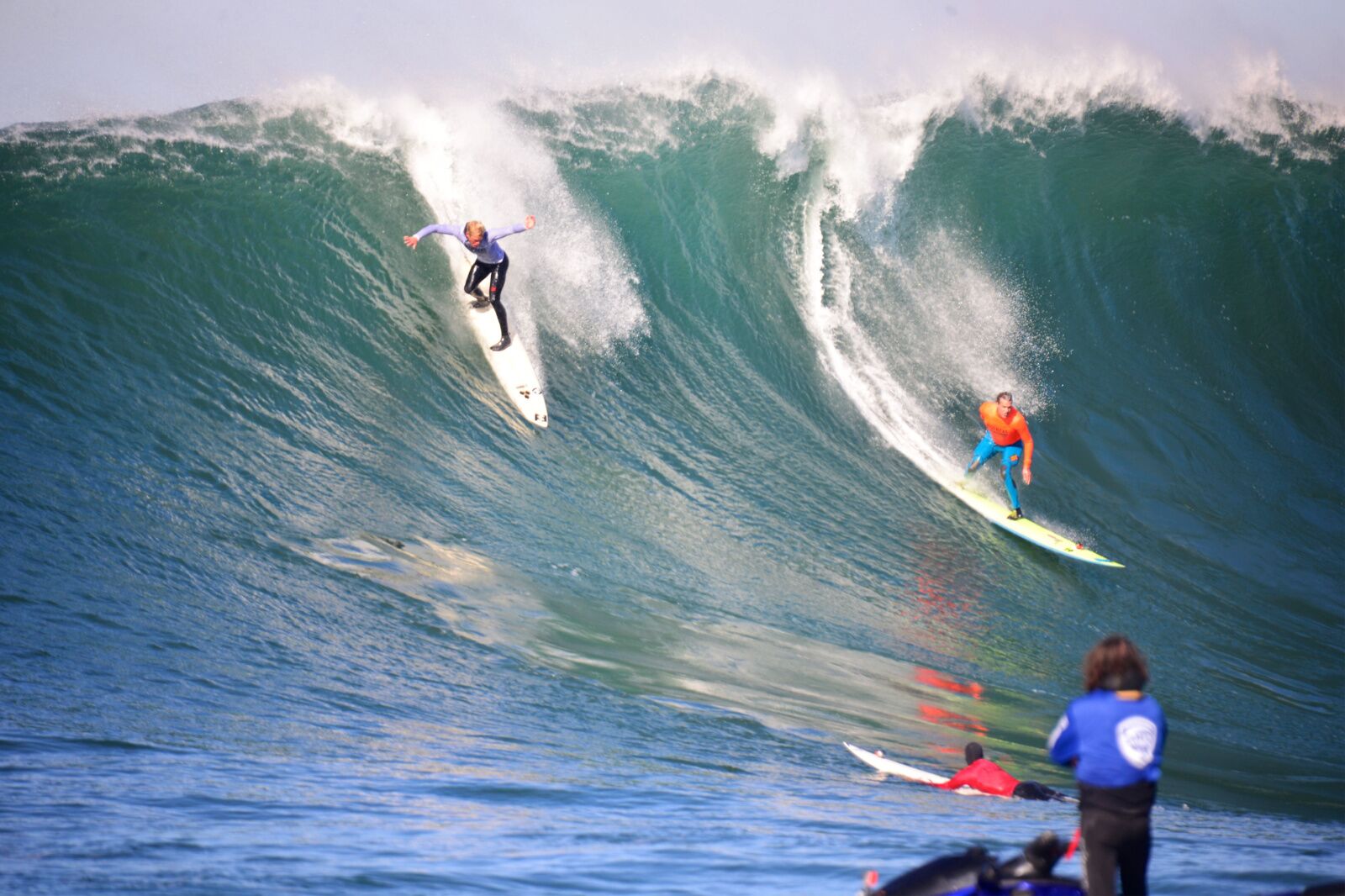 The best time for surfing Mavericks is based on your skill level (but keep in mind it’s never for beginners). The best time for surfing at Mavericks is generally during the winter months, when the area experiences large swells generated by storms in the northern Pacific Ocean. These swells tend to be more consistent and offer longer, more rideable waves. However, the specific timing of the best surf conditions at Mavericks can vary year to year and is influenced by a variety of factors, including the strength and direction of the incoming swells, the wind direction and speed, and the tides. 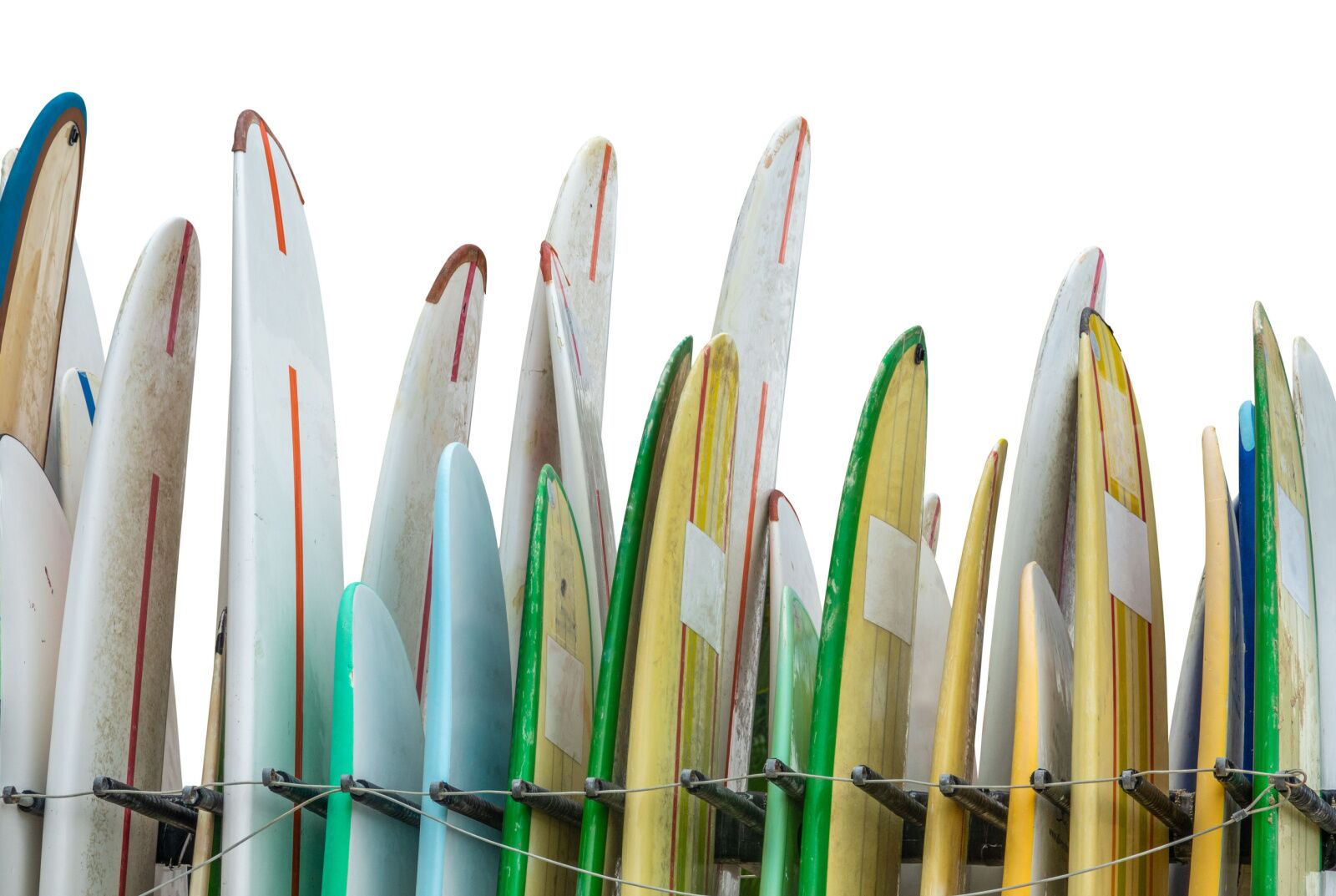 There are several places in the Half Moon Bay area where you can take surfing lessons or rent a surfboard. Some options include:

Before taking surfing lessons or renting a surfboard, it is important to consider your experience level and physical condition, as well as the current conditions at the surf break. Surfing Mavericks is for experienced surfers only, and you’ll need to be in good physical shape and have the necessary skills and knowledge to stay safe in the water. If you’re new to surfing, let the surf shops take you somewhere else with smaller waves, and just return to Mavericks to watch the pros do their thing while you relax on the beach.

Outdoor8 Thrilling Rivers You Can Surf When You’re Nowhere Near the Ocean
Tagged
Surfing
What did you think of this story?
Meh
Good
Awesome

Trending Now in Half Moon Bay

The Immense Power of Mavericks in Winter

Environmentally and Socially Conscious Consumers' Guide: A Profile of Odwalla