In Lecce, a city in the region of Apulia, in southern Italy, a 16th-century palace-turned-hotel has one of the most unique suites we’ve ever seen. Pollicastro Boutique Hotel’s Grand Deluxe Nymphaeum Suite holds a secret. Narrow stairs lead guests underground into the bathroom cave that overlooks a sunken swimming pool.

We hope you love Pollicastro Boutique Hotel. Just so you know, Matador may collect a small commission from the links on this page if you decide to book a stay.

The city of Lecce is known for its Baroque architecture and historic monuments. It was founded by the Romans in the third century BC and later became a significant hub during the Middle Ages. Despite being relatively small, it is considered one of the most interesting and beautiful cities in Italy. Lecce has undergone a huge amount of restoration. The majority of ancient buildings and streets are very well preserved. As is the Pollicastro Boutique Hotel.

Throughout its existence, this elegant and refined hotel has been lovingly restored and maintained, preserving its traditional charm while adding all the necessary modern comforts. Today, the restored palace stands proud as a symbol of old-world Italian luxury — with stunning original frescoes adorning its walls and spacious light-filled rooms looking out over the surrounding cityscape. 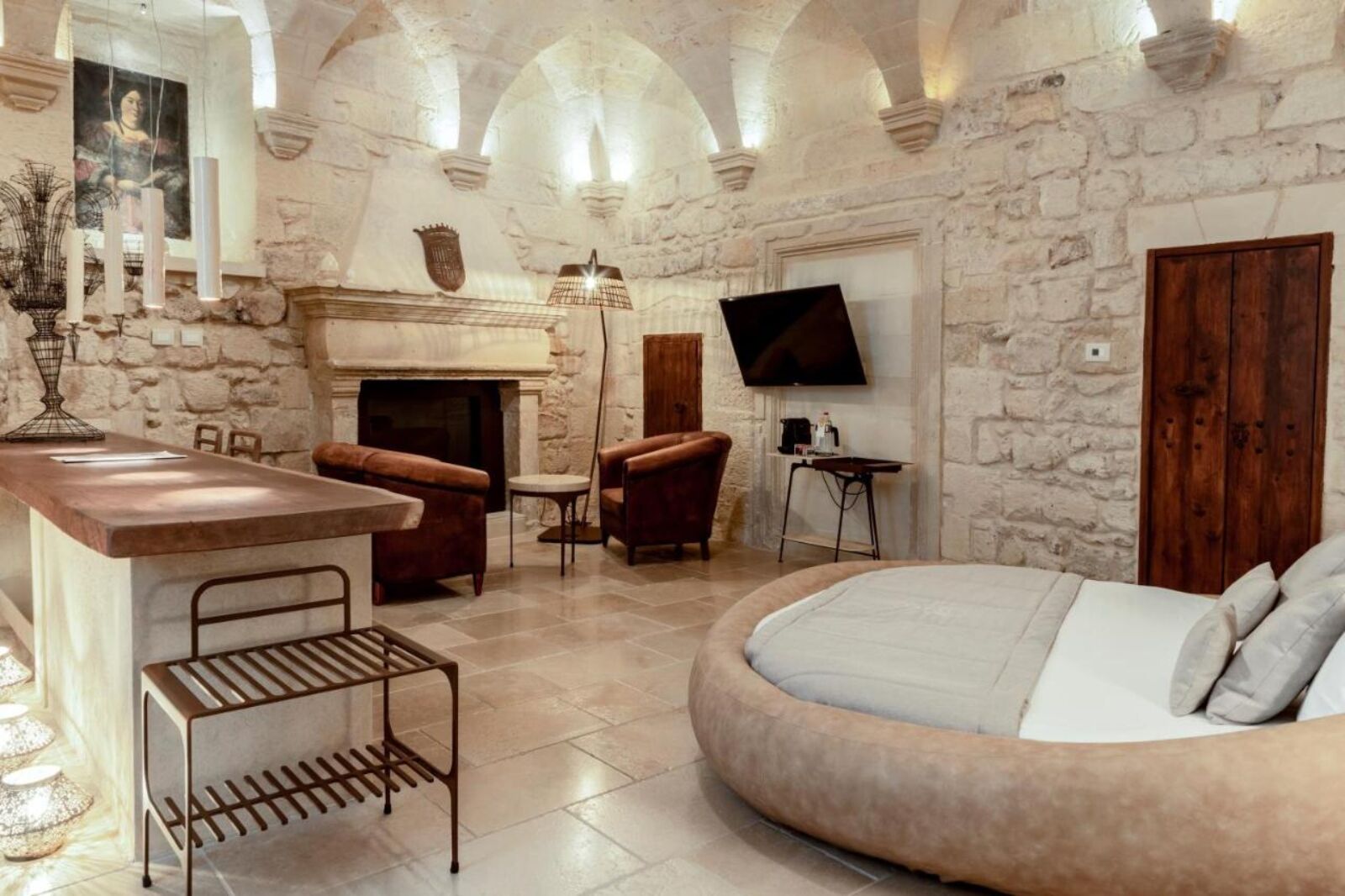 Located on the hotel’s third floor, The Grand Deluxe Nymphaeum Suite sprawls over two levels. It retains original 16-century stonework and artwork on the walls and ceiling. The elegant living area looks out over the city and the plush king-sized bed, adorned with Italian linens frames the room. 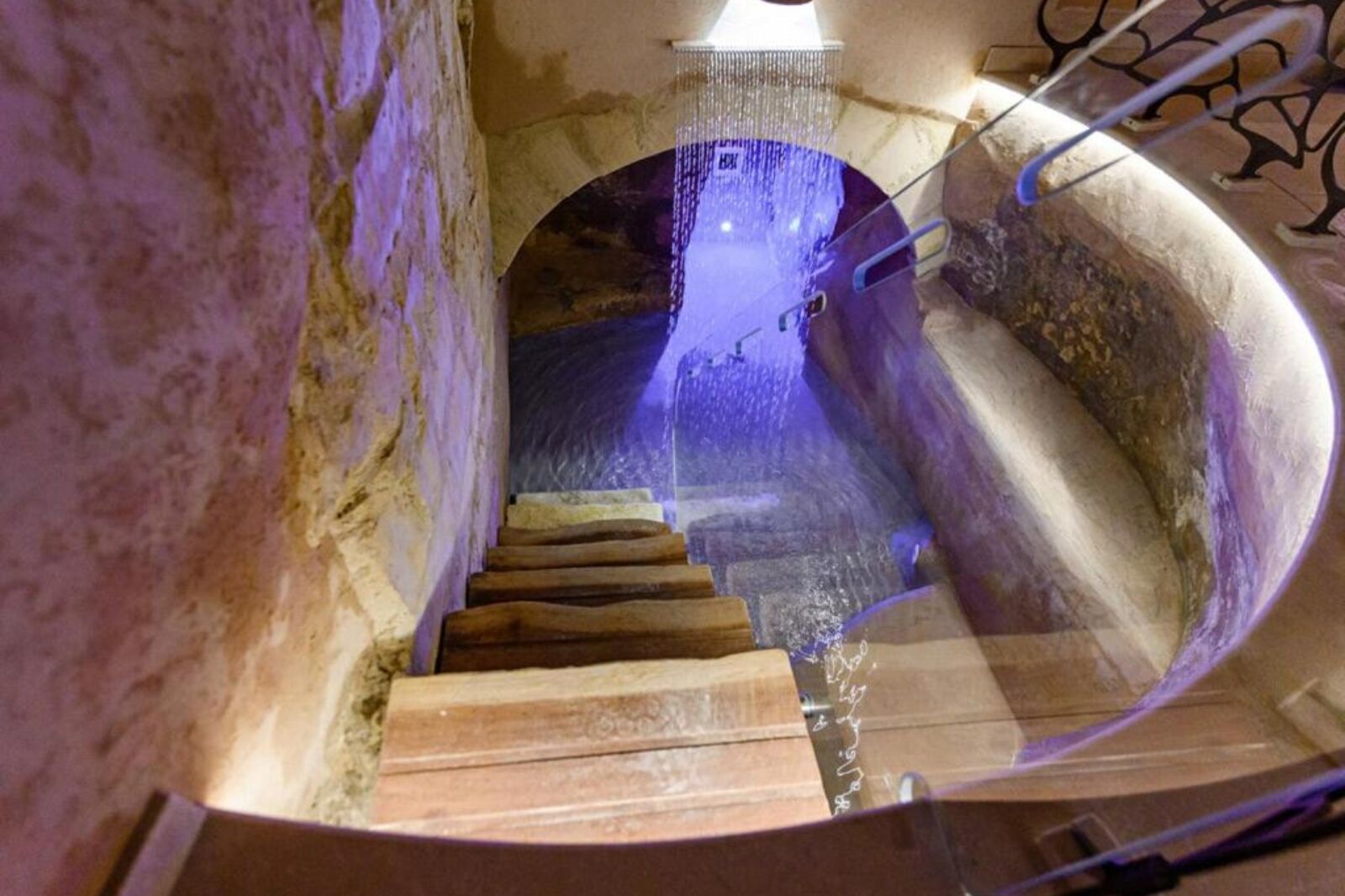 Down a narrow stone-clad staircase is the underground bathroom. It’s here where guests are welcomed by a huge rainshower, twin sinks, and their own private cave swimming pool. Adorned in blue lights, the sunken pool has a comfortable sitting area where guests can relax in the calming aqua haze. 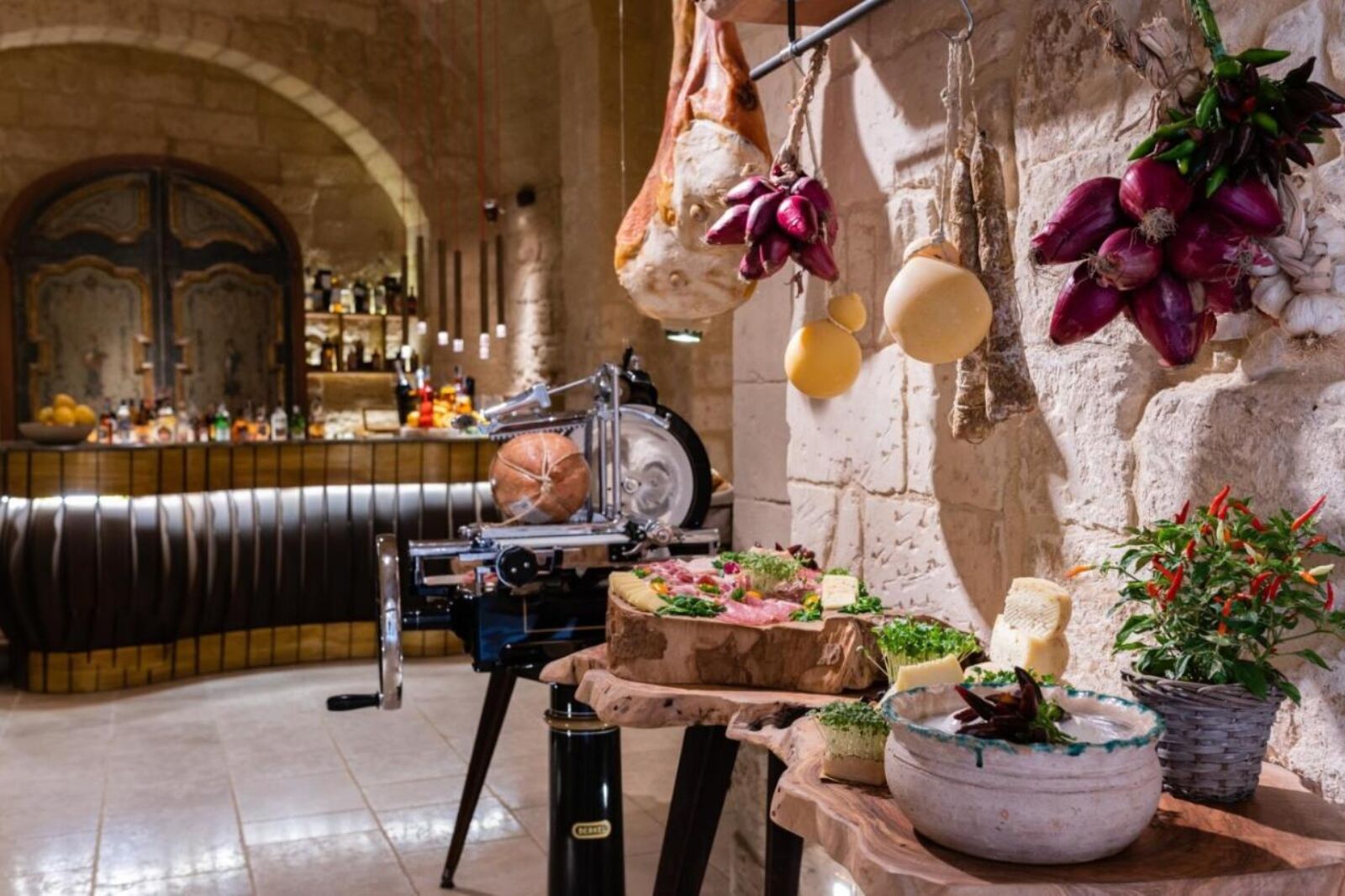 The on-site restaurant offers a wide range of traditional Italian cuisine and international dishes including mouthwatering appetizers, homemade pasta, and pizzas cooked in an authentic wood oven. Guests rave about the breakfast buffet which offers a huge selection of local meats, cheeses, homemade bread, and preserves.

What to do near Pollicastro Boutique Hotel

From exploring Lecce’s historical walls and monuments to discovering local cuisine or shopping at Lecce’s characteristic boutiques, Pollicastro Boutique Hotel is an ideal base for exploring the ancient city. Here are a few of the must-see attractions.

DessertThis Pastry Shop in Naples Makes the Most Chocolaty Pancakes You’ll Ever Taste
Tagged
Epic Stays
What did you think of this story?
Meh
Good
Awesome