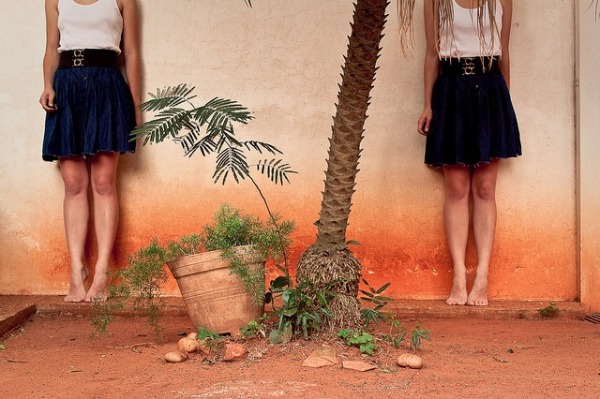 After some initial resistance to learning the language, Peace Corps volunteer Megan Wood gives in to the draw of Guaraní’s dirty words.

The Peace Corps is not a travel agency.

I sat nervously in the recruiter’s office, exhausted from the two-hour interview, when I was asked the golden question. “What part of the world would you like to serve? Remember, we assign volunteers where their skills are most needed, not because they want to be tourists.”

I desperately wanted to live in Central America. The climate! The food! The beach!

But I was better prepared than that. “I would like to serve in Central America so I can improve my Spanish and work with the Latino population in the United States when my service is over,” I replied, confidently.

Nailed it! I walked out of the interview feeling exhilarated, knowing that any day I could be sent to Costa Rica with an assignment to train social workers. And hey, if that left me time for yoga on the beach, I could teach yoga too.

One year later I received a letter signed by George W. Bush himself inviting me to join the United States Peace Corps. My home for the next two years would be landlocked Paraguay in the heart of South America. I wouldn’t have chosen Paraguay myself, but I was excited about my work assignment, Youth Development, and I really did want to become fluent in Spanish.

Then I read on, “While Paraguayans do speak Spanish, the national language is indigenous Guaraní. Volunteers who are interested in perfecting their Spanish would be advised to wait for another placement.”

Damn. Wait for another placement? It had taken a year for me to get this one. I was going. Screw Guaraní. I would learn Spanish just fine. 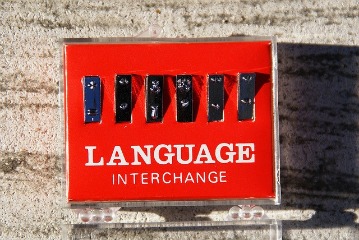 I immediately looked up my new enemy online to see what I was up against. It did not look good for me. I read a lot about nasal harmony and the glottal stop before I overwhelmed myself and gave up.

Thirty other Peace Corps trainees and I milled around a conference room at the Radisson in Miami. We had two days to receive a crash course in all things Peace Corps and Paraguay before we got on a plane to begin our two-year service.

The rumors ran wild: “I heard they are not even training in Spanish anymore. It’s going to be all Guaraní,” announced a trainee from Washington.

“That’s great! I’m already comfortable in Spanish, and I think it is so important to respect a nation’s first language. I mean, we’re going to help them, so we should communicate their way,” came a smug reply.

“I’ve been studying for weeks, I found a great tutorial online. Did you know that after Latin, Guaraní contributes the most names to the natural world? Jaguar is actually a Guaraní word!” one-upped the Washington trainee.

I gulped. I had not realized how competitive training would be. Study? I had spent the last few weeks visiting friends and buying conservative clothing. I was beginning to feel uneasy about the enormous task ahead of me.

Naturally, I needed a whipping post for this uncomfortable feeling, and I chose Guaraní. The more I heard about it, the more I unfairly disliked it.

Was she trying to tempt me into learning dirty words? I doubted it. But I suddenly had a new respect for my old enemy.

The rural volunteers in Health and Education, fully versed in their new, indigenous language, walked around chirping at each other and showing off, trying to convince me I was missing out on Paraguay’s culture by speaking so little Guaraní.

I could say, “My name is Megan,” “I am from the United States,” little, hello, you and water. Water was my favorite, as the word was really a guttural grunt.

When someone would try to teach me, I would joke that I didn’t have enough brain space left for anything new, which wasn’t really true. I was in my element. Living in this new country everyday and learning a completely different lifestyle that included working in a prison and removing parasites from my feet. I was constantly learning – just not in Guaraní.

My host mother sensed my obstinacy against her mother tongue. Knowing that living in Paraguay without speaking Guaraní would handicap me, she took out a dictionary, looked up the verb “struggle” and advised me to memorize it.

I had to hide my stubbornness from my boss, Juanita, a Paraguayan woman who could speak Spanish, English, and Guaraní fluently. A tri-cultural genius, she simply could not understand why I hadn’t caught on.

“And how is your Guaraní coming along?” she began our monthly meeting. 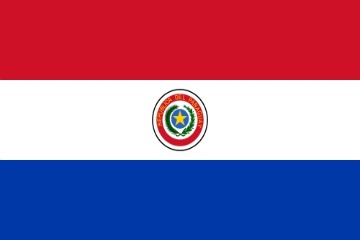 I sidestepped her inquiry by replying in Guaraní, “Little.” This joke went over well in Paraguay, and I used it to hide the fact that I zoned out anytime Guaraní was being spoken.

She smiled patiently, “And what about the vulgarities of the language? Some volunteers can find it off-putting.”

Off-putting? Vulgarities? What was I missing out on?

I am a woman who enjoys a good swear word, having been raised in a home where I was reprimanded for saying “sucks.” Swearing shocks and titillates me; I feel like a fifteen-year-old boy in the presence of cursing.

“We Paraguayans are mostly bilingual and sometimes I think we switch personalities when we change languages. Spanish is the language of business and work. Guaraní is the language of the home and family. In Spanish, we speak like poets with sweeping adjectives and rich descriptions. When we switch over to Guaraní, it can be a bit crude,” Juanita explained.

Was she trying to tempt me into learning dirty words? I doubted it, but I suddenly had a new respect for my old enemy.

I phoned one of those self-righteous, Guaraní speaking volunteers for verification. “Do you know how to swear in Guaraní?” I asked her, getting right down to it.

“Obviously,” she replied, “my host mother calls me a slut almost daily. Lovingly of course.”

“I need you to teach me everything you know,” I demanded. She rattled off a list, and I was in awe, fully inspired to start zoning in whenever I heard Guaraní.

Over the next few days, this is what I learned: “Go jerk off on a cactus” is used freely between siblings. “Devil’s crotch!” is the “Shoot!” of Paraguay.

In America we say, “I don’t believe it.” In Paraguay they say, “About your vagina.” Teachers affectionately call their pupils “devil’s children,” and a mother reprimanding her child sounds like a scene from The Exorcist.

Nde rasóre! Devil’s crotch! Shoot! I had been missing out because of my own stubbornness. As soon as I began dropping Guaraní into conversation, I saw a whole new side of my host family and Paraguay.

Learning to embrace Guaraní was a lesson I had to learn the hard way. Little did I know that would be a theme for the rest of my service.

Have you ever studied a language that initially you weren’t excited about? What motivated you to keep learning?

What did you think of this article?
Meh
Good
Awesome
Bookmark
Posted In
Languages
Destinations
Paraguay

How to Drink Mate

Update: Which cities are burning through your money now?

Indigenous languages of South America: Where to learn them and why you should

20 iconic and unusual hot drinks around the world