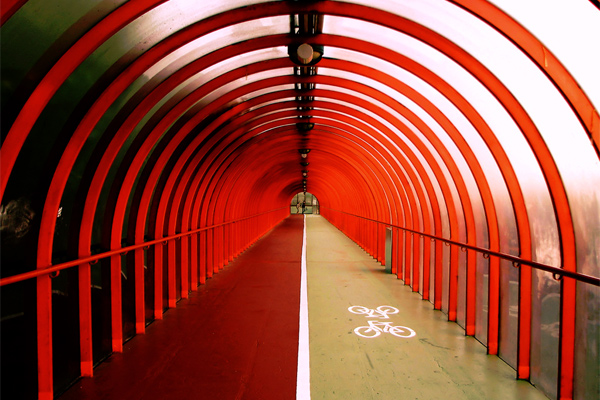 A good quote can sometimes act as a magical spark, setting in motion thoughts, ideas, and feelings that can lead to life-changing revelations.

A WHILE BACK, a friend asked me what it was that prompted me to begin my inner journey (to learn more about myself and my purpose in life). It was hard to answer with a specific event or date, but now that I look back, I do remember being very influenced by a little book of quotes.

This little book was one of my first introductions to some great thinkers of the world — Thoreau, Gandhi, Jung, Goethe, and many others. It’s what sparked my curiosity to read and absorb more and more of the works of great minds.

These are some special quotes that focus on the challenge and satisfaction of digging deep into your own mind, the trials and tribulations of getting to know yourself. Enjoy.

Top 50 quotes about discovering your true self

1. “I can teach anybody how to get what they want out of life. The problem is that I can’t find anybody who can tell me what they want.” – Mark Twain

2. “I went to the woods because I wished to live deliberately, to front only the essential facts of life, and see if I could not learn what it had to teach, and not, when I came to die, discover that I had not lived.” – Henry David Thoreau

3. “There is no satisfaction that can compare with looking back across the years and finding you’ve grown in self-control, judgment, generosity, and unselfishness.” – Ella Wheeler Wilcox

4. “People often say that this or that person has not yet found himself. But the self is not something one finds, it is something one creates.” – Thomas Szasz

6. “If you don’t get lost, there’s a chance you may never be found.” – Anonymous

7. “There is only one corner of the universe you can be certain of improving, and that’s your own self.” – Aldous Huxley

8. “The greatest explorer on this earth never takes voyages as long as those of the man who descends to the depth of his heart.” – Julien Green

9. “I think somehow we learn who we really are and then we live with that decision.” – Eleanor Roosevelt

10. “Why should we honour those that die upon the field of battle? A man may show as reckless a courage in entering into the abyss of himself.” – William Butler Yeats

11. “For most men life is a search for the proper manila envelope in which to get themselves filed.” – Clifton Fadiman

12. “The searching-out and thorough investigation of truth ought to be the primary study of man.” – Cicero

13. “I know well what I am fleeing from but not what I am in search of.” – Michel de Montaigne

14. “There are three things extremely hard: steel, a diamond, and to know one’s self.” – Benjamin Franklin

15. “You cannot dream yourself into a character; you must hammer and forge yourself one.” – James A. Froude 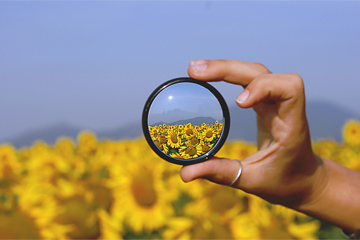 16. “A man travels the world over in search of what he needs and returns home to find it.” – George Moore

17. “Men go abroad to wonder at the heights of mountains, at the huge waves of the sea, at the long courses of the rivers, at the vast compass of the ocean, at the circular motions of the stars, and they pass by themselves without wondering.” – St. Augustine

18. “We only become what we are by the radical and deep-seated refusal of that which others have made of us.” – Jean-Paul Sartre

19. “Not until we are lost do we begin to understand ourselves.” – Henry David Thoreau

20. “A man who finds no satisfaction in himself will seek for it in vain elsewhere.” – La Rochefoucauld

21. “There are… things which a man is afraid to tell even to himself, and every decent man has a number of such things stored away in his mind.” – Fyodor Dostoyevsky, “Notes from the Underground,” 1864

22. “Becoming conscious is of course a sacrilege against nature; it is as though you had robbed the unconscious of something.” – Carl G. Jung

23. “The well bred contradict other people. The wise contradict themselves.” – Oscar Wilde

25. “Know yourself. Don’t accept your dog’s admiration as conclusive evidence that you are wonderful.” – Ann Landers

27. “Just when I think I have learned the way to live, life changes.” – Hugh Prather

28. “You will recognize your own path when you come upon it, because you will suddenly have all the energy and imagination you will ever need.” – Jerry Gillies

29. “A person often meets his destiny on the road he took to avoid it.” – Jean de La Fontaine

30. “Man never knows what he wants; he aspires to penetrate mysteries and as soon as he has, he wants to reestablish them. Ignorance irritates him and knowledge cloys.” – Henri Frederic Amiel 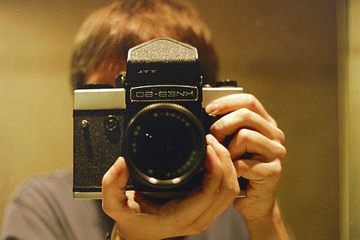 31. “One must know oneself. If this does not serve to discover truth, it at least serves as a rule of life and there is nothing better.” – Blaise Pascal

32. “If you resist reading what you disagree with, how will you ever acquire deeper insights into what you believe? The things most worth reading are precisely those that challenge our convictions.” – Anonymous

33. “It is not only the most difficult thing to know oneself, but the most inconvenient one, too.” – H.W. Shaw

34. “Painting is self-discovery. Every good artist paints what he is.” – Jackson Pollock

35. “One’s own self is well hidden from one’s own self; of all mines of treasure, one’s own is the last to be dug up.” – Friedrich Wilhelm Nietzsche

37. “Your work is to discover your world and then with all your heart give yourself to it.” – Buddha

38. “All wonders you seek are within yourself.” – Sir Thomas Browne

39. “The man who views the world at fifty the same as he did at twenty has wasted thirty years of his life.” – Muhammad Ali

40. “What you discover on your own is always more exciting than what someone else discovers for you – it’s like the marriage between romantic love and an arranged marriage.” – Terrence Rafferty

41. “It’s a helluva start, being able to recognize what makes you happy.” – Lucille Ball

42. “Your vision will become clear only when you can look into your own heart. Who looks outside, dreams; who looks inside, awakes.” – Carl Jung

43. “Resolve to be thyself; and know that he who finds himself, loses his misery.” – Matthew Arnold

44. “Man is least himself when he talks in his own person. Give him a mask, and he will tell you the truth.” – Oscar Wilde

45. “The only journey is the journey within.” – Rainer Maria Rilke

46. “All men should strive to learn before they die what they are running from, and to, and why.” – James Thurber

48. “A man’s growth is seen in the successive choirs of his friends.” – Ralph Waldo Emerson

49. “Knowing yourself is the beginning of all wisdom.” – Aristotle

50. “Like an old gold-panning prospector, you must resign yourself to digging up a lot of sand from which you will later patiently wash out a few minute particles of gold ore.” – Dorothy Bryant

What quotes did we miss? Which one was your favorite? Please leave a comment below.