Beijing is the artistic and cultural capital of China, thanks to centuries of history, a large and diverse population, a high concentration of wealth, and the fact that it is the central government’s base in a one-party state. With any place as vast and as established as Beijing, there is a little bit of everything, from folk art to futuristic architecture and mausoleums to plaza dancing. 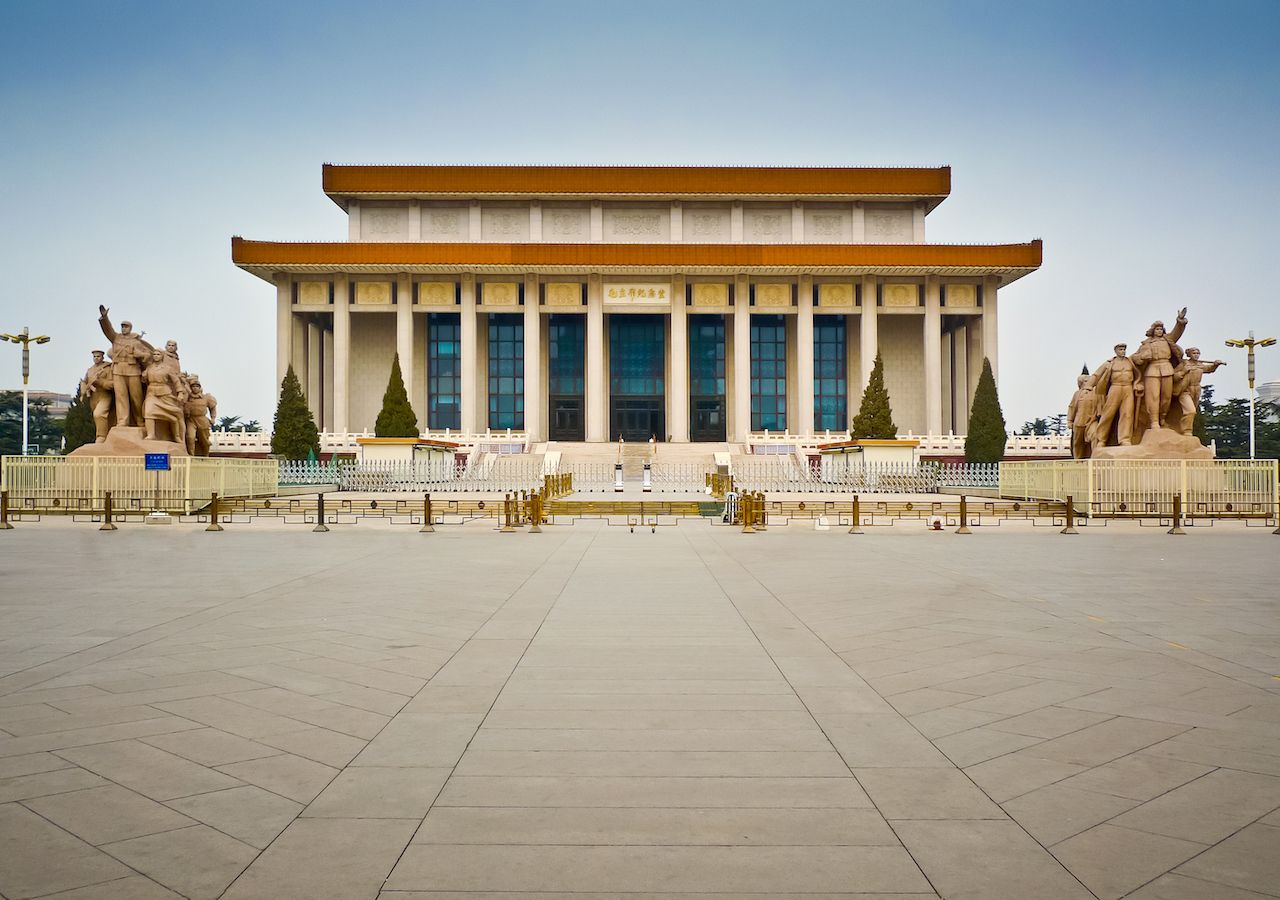 Mao Mausoleum — There are only a couple destinations around the world where one can see an embalmed former head of state; Beijing is one of them. Other personality cult leaders that have been preserved include Lenin in Moscow, Ho Chi Minh in Hanoi, and two “supreme leaders” from the Kim dynasty in Pyongyang, North Korea.

The specter of this controversial historical figure can still be spotted in modern China, with his classic portrait photo hung high in restaurants and shops. The Great Helmsman left an indelible impression on the People’s Republic; the story of his own life is also a fascinating reflection of China’s vicissitudes over the past century. Remember that when visiting the mausoleum, sandals or other less-presentable clothing may get you turned away. Also, you must bring a passport and check any bags at a nearby locker. The line will be long, but it moves quickly. No one is allowed to linger as people stream past the crystal coffin. 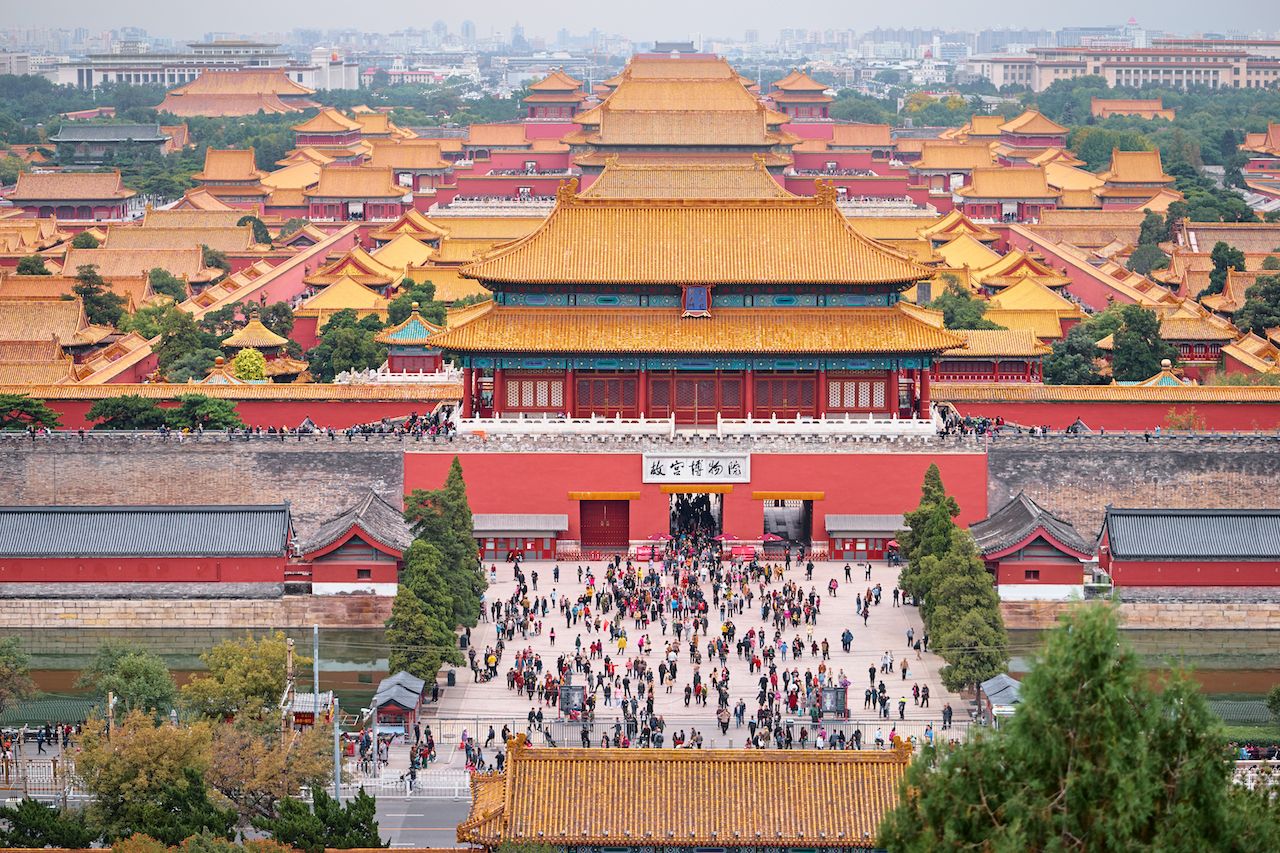 Forbidden City — The Forbidden City, a massive complex that forms the very core of Beijing, was the center of national power for five centuries. From the overall design to the colors to the number of brass orbs on each door, all things were considered, calculated, and created with an emphasis on auspicious symbolism. Today, it is an awe-inspiring testament to a glorious past. Make sure to purchase your tickets in advance online and check out the hours of operation to be the first in line — 80,000 people visit the complex daily. Note that the beautifully renovated Qianlong Garden is worth looking for. To get a sense of how the Forbidden City became open to the public, watch The Last Emperor (1987). 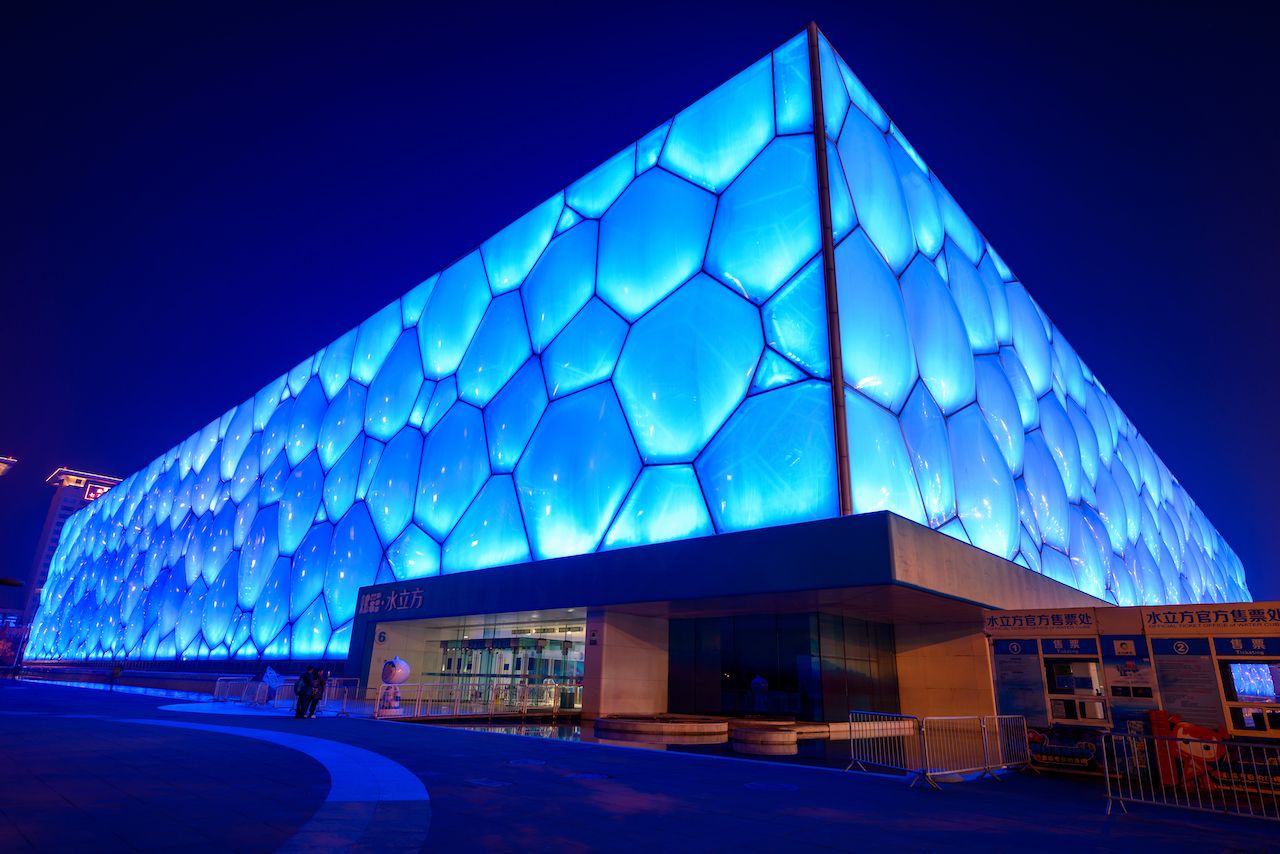 The Water Cube — Built in anticipation of the 2008 Olympics, this structure looks fun during the day and is mesmerizing at night. Hosting the Olympics was viewed by many as Beijing’s revelation party, announcing its elevated status on the world stage. Thus, the structures built for that event spared no expense and pushed design boundaries. Inside the Water Cube, there is a family-friendly water park complete with numerous slides and kiddie pools. Enormous jellyfish bobbing from the ceiling lend a fun, surreal feeling. At night, the “bubble” exterior seems to pulse as the lights slowly flicker and change color. 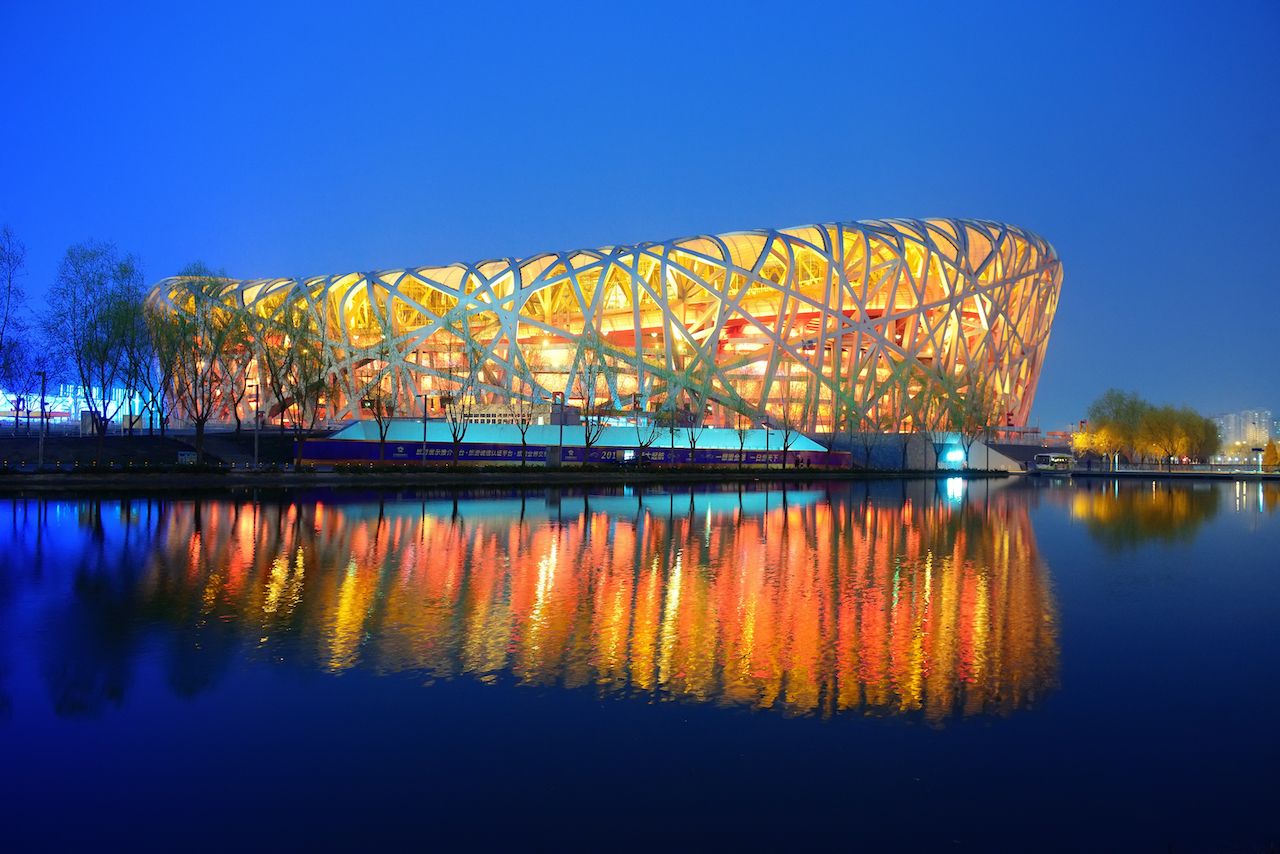 Bird’s Nest — The Beijing National Stadium, dubbed Bird’s Nest for its beautiful steel, nest-like design, was built for the 2008 Summer Olympics. The arena where the opening ceremony of the games that left the world slack-jawed took place has since become an emblematic architectural piece in the Chinese capital and a huge tourist attraction. Located in the Olympic Green, very close to the Water Cube, the stadium is enormous — it can seat 91,000 spectators and houses a four-star hotel with 80 rooms. Such a grandiose structure came at an eye-popping $480 million and is rumored to cost $11 million to maintain yearly. Bird’s Nest is staggering in daylight, but it’s when the sun has set that the iconic stadium is at its most impressive. 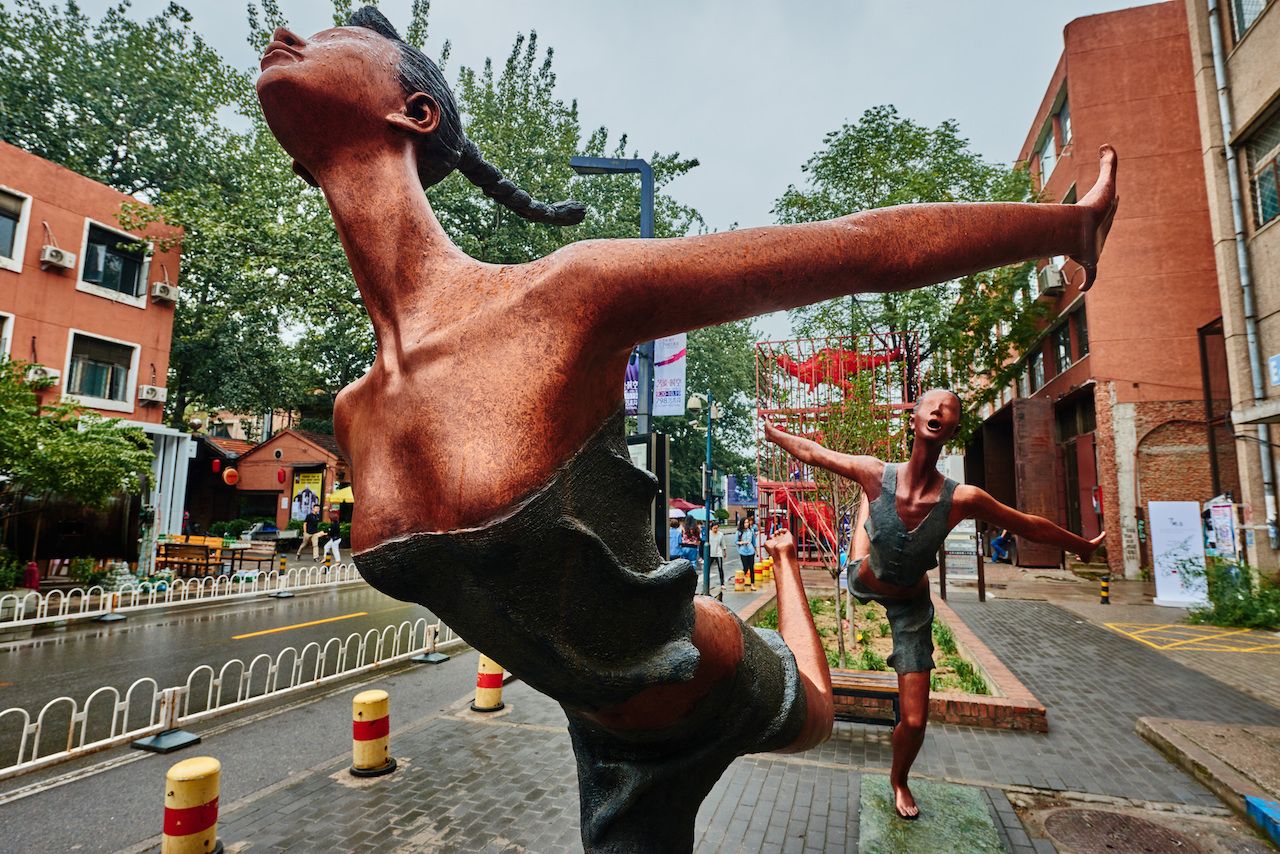 798 Art District — The 798 neighborhood is a pedestrian-friendly art zone filled with Bauhaus and brutalist-inspired buildings, boutique art galleries, and museums. Allot time to check out the paintings and sculptures by international artists at Pace Gallery, which has locations in Beijing, New York, London, and beyond. There’s also the unique space of Matsune Gallery, hosting socialist realist art from the DPRK. It is an extension of the original gallery in Pyongyang, which at 120,000 square meters proclaims itself as “probably the largest art production center in the world.” 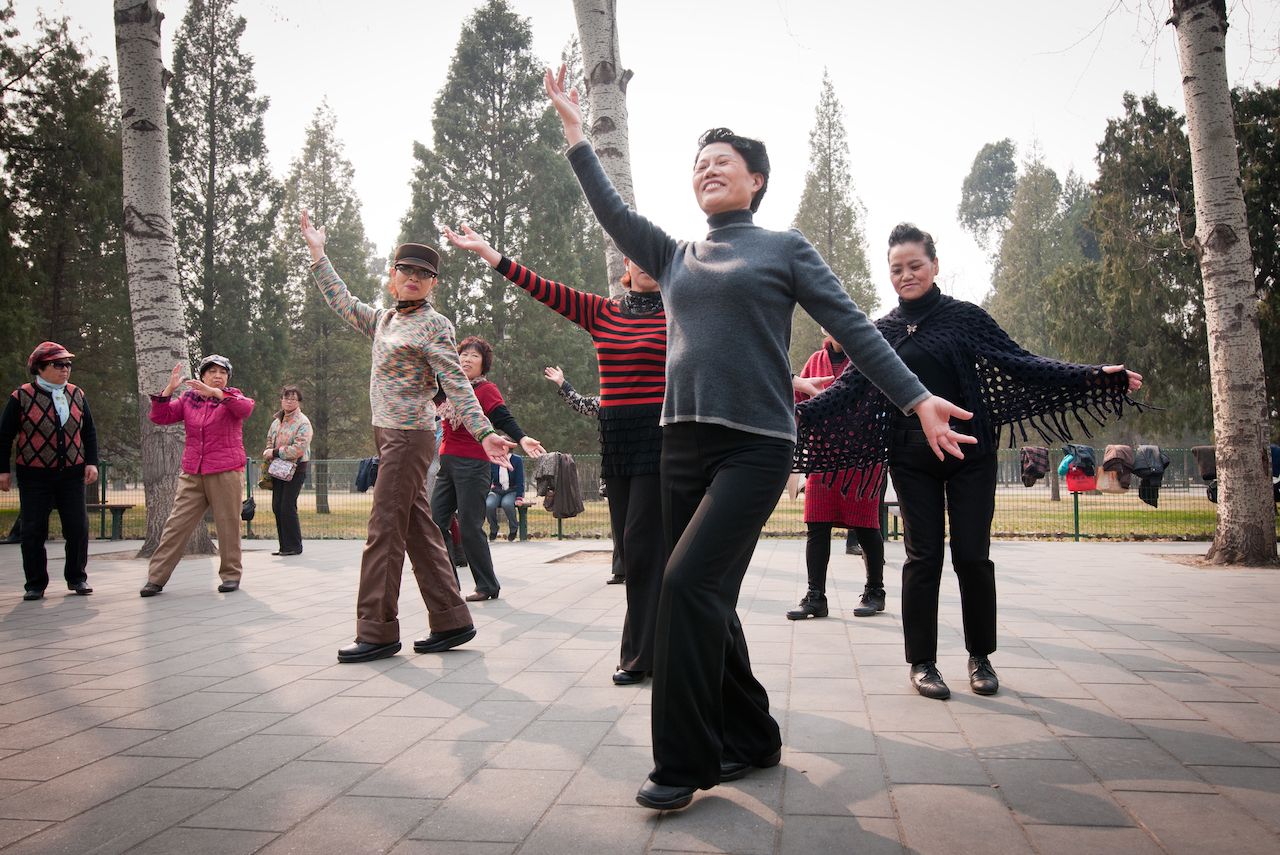 Plaza dancing — Every day, and at any time of day, people throughout the country gather in any available square, plunk down some portable speakers, and dance for hours. It is a veritable national past time and a great way to interact with locals. The dance moves are not particularly complex, and there is usually an instructor at the front who calls out steps from their headset. Dancers tend to be middle-aged and elderly women, but anyone is welcome. Foreigners who step into the fray always get some special attention, so don’t be surprised if people start taking pictures or recording a video. You can politely wave them off, or if you are in the mood, some hammy dance moves will be a crowd pleaser. 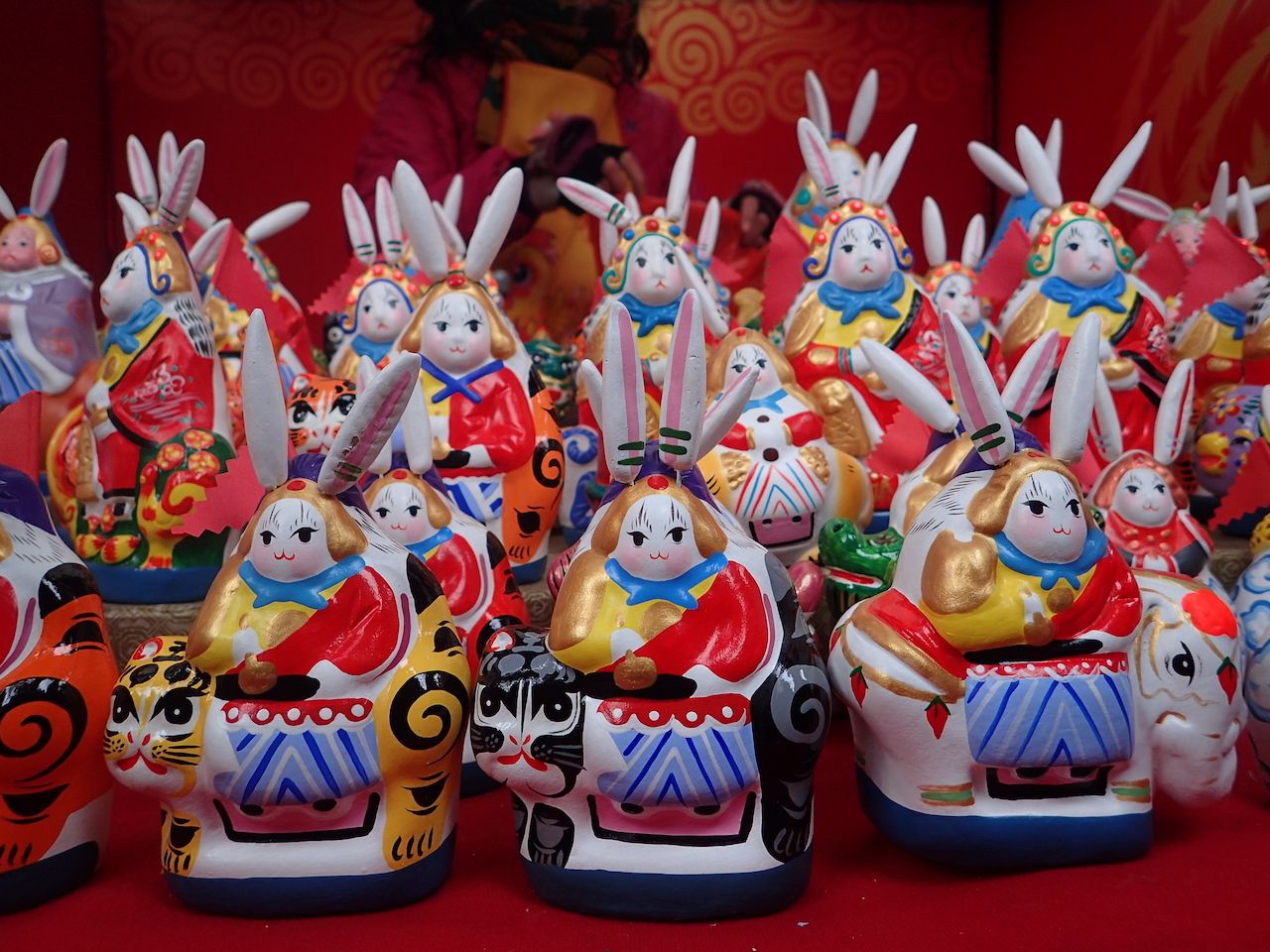 Lord Rabbit — This delightfully adorable folk religion deity is unique to Beijing. Legend has it that a plague fell upon the people of Beijing, and the Goddess of the Moon sent her rabbit down to Earth to cure the illness. Because the color white is associated with death, people would not allow this magical rabbit into their homes to cure their illnesses. So he went to a temple to borrow the clothes of saints to cover up the white fur, and this is the image he is remembered in. Small clay figurines of this stately bunny can be found in temple shops around the city; he is seen as the patron deity of Beijing. Lord Rabbit, or Rabbit God, is portrayed sitting on a variety of symbolic animals — like lions for protection and elephants for wealth. There are several small shops in the Dashilar neighborhood, along the main strip, that make and sell Lord Rabbit figurines.

Hairy monkey figures — This peculiar, and admittedly somewhat grotesque, folk handicraft is said to have originated in an Old Beijing apothecary. A staff member at this Chinese medicine shop would use the leftovers to form miniature “monkey” figurines to pass time. The base figure is constructed using the heads and legs of the cast off cicadas exoskeleton, tacked on to the fuzzy buds of magnolia trees. These figures are then given costumes and placed in a set (all bespoke) to represent a huge variety of characters.

There have been entire complex dioramas populated by these “hairy monkeys” — the Last Supper complete with mini plates and cups, classical music performance with wee instruments, and much more. If you have an hour to spare, get lost on the web perusing all the incredible scenes that have been built around these bizarre figurines. Since this folk art is dying out, there are not many places to see these figurines. In the historic Dashilar neighborhood, there are a couple shops where they can be seen and purchased.