Beijing is an ancient city, and many of its top sites are clustered within the Second Ring Road. But Beijing is also a massive modern capital, with ample urban sprawl and traffic congestion, meaning that sites just beyond city limits — like the Great Wall and the Summer Palace — are best undertaken as a day trip. Nearby towns like ancient Pingyao or Tianjin, with its arresting modern structures, will take a bit longer to get to but are well worth it if you’ve traveled all the way to China. These are some of our favorite places outside of central Beijing. 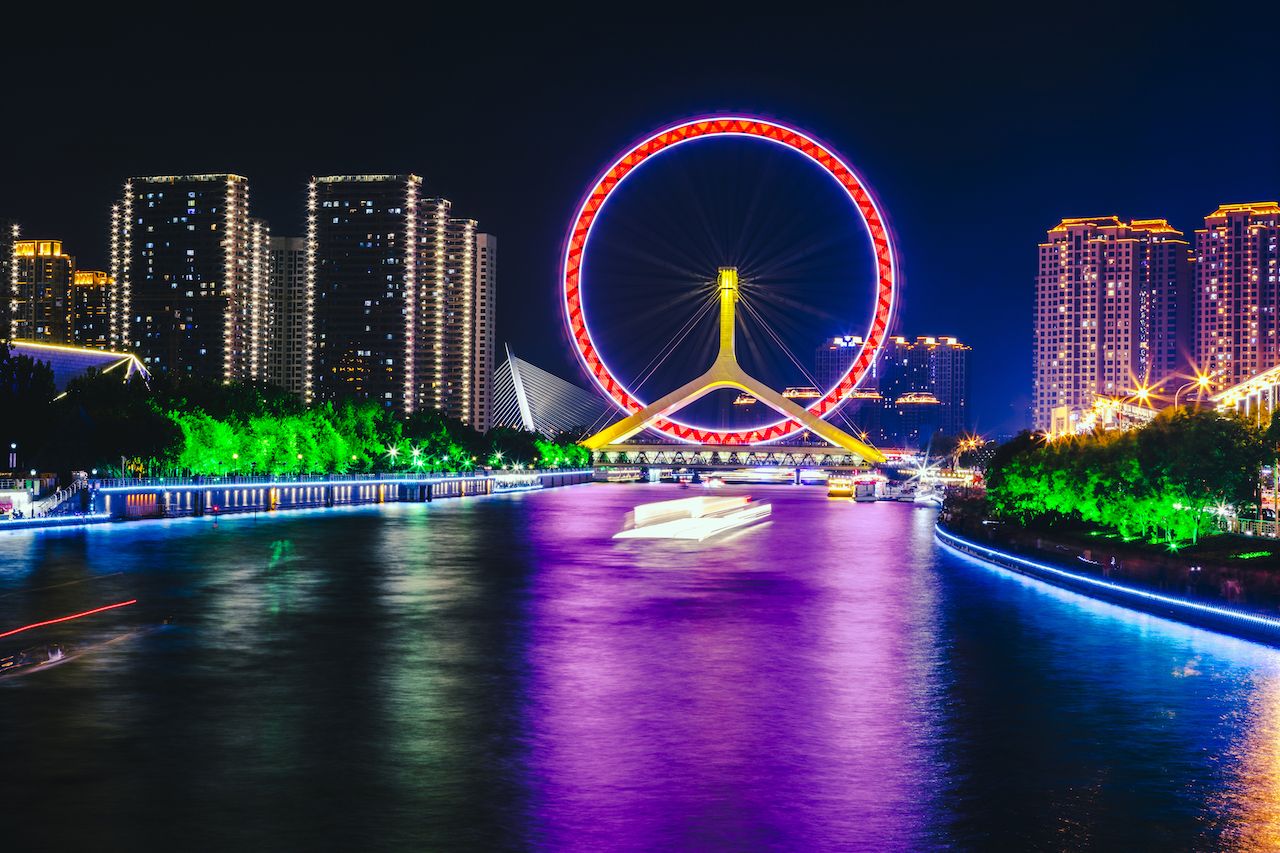 Tianjin — Just a 30-minute, high-speed rail trip away from the center of Beijing, Tianjin offers some respite from the briskness of the national capital. A handful of worthwhile sites there can take a day or two to visit. The Binhai Library, built in 2017, is a visually arresting, massive library that’s a good spot to duck into for a relaxed afternoon of reading or simply to gawk at the ultra-modern atrium. Upon entering the building, you’ll be taken aback by the massive glowing orb that towers up to the ceiling, as well as the seemingly endless sea of books.

The Porcelain House is another special architectural specimen. Previously a colonial building, the structure has been repurposed by its new owner into a museum of pottery and antiques. The entire building has been covered in pottery pieces from the Tang and Qing dynasties, and the word “China” is written (again, in pottery pieces) atop the building. Add the four 200-meter-long dragons swirling around the home, and this building is hard to pass up.

For lunch during your visit to the city, check out Nanshi Food Street, a massive complex full of stalls and restaurants. You can also find European lunch options around Five Great Avenues, an area of town with buildings modeled on the architecture of Western Europe. 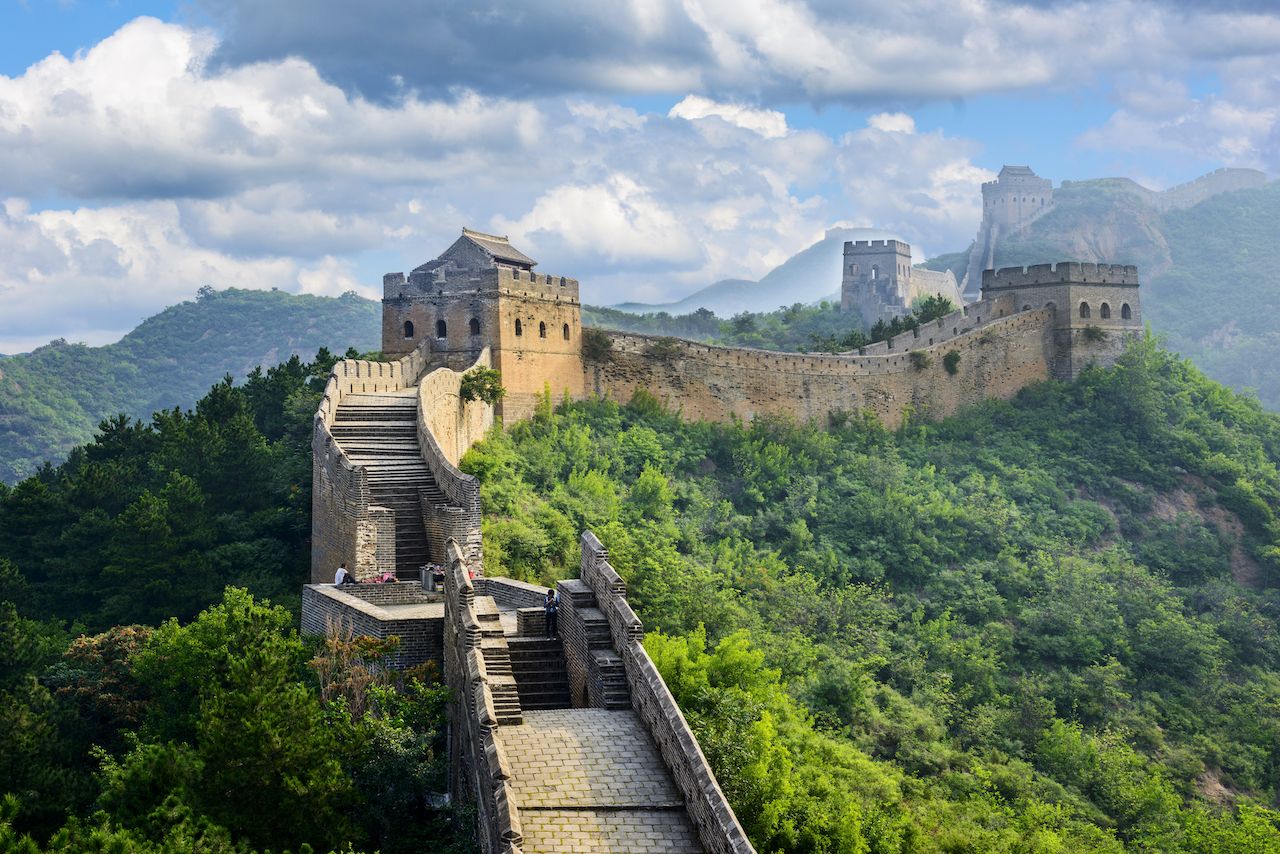 The Great Wall of China — The Great Wall is on many travelers’ bucket lists, and rightfully so. However, “the Great Wall” is somewhat of a misnomer as it conjures to mind a vast, unbroken fortification. The Great Wall would be better understood as a recurring military tactic wherein different emperors from different dynasties built walls to keep out the marauding Mongols to the north. Different sections of the wall have different vibes, some being more touristy, others more wild.

It also has varying degrees of difficulty; remember that the wall was built with soldiers in mind, so some portions can be so steep as to require using one’s hands to ascend. For whatever section you visit, it’s advisable to be ready for an active, outdoorsy day. The Jiankou section of the wall, for instance, is rather untamed. That means you may get a more private experience but must also make do without any modern amenities like restrooms or shops with food and water.

The easiest section to visit physically is Badaling. It’s also the most crowded, especially on holidays, accessible on a single bus line from Beijing. The Mutianyu section is a classic choice for out-of-town visitors; you can take an hour-long express bus from Beijing and then switch to a local. Once there, a cable car takes you to the top, and a bobsled-like cart can sweep you back to the bottom. 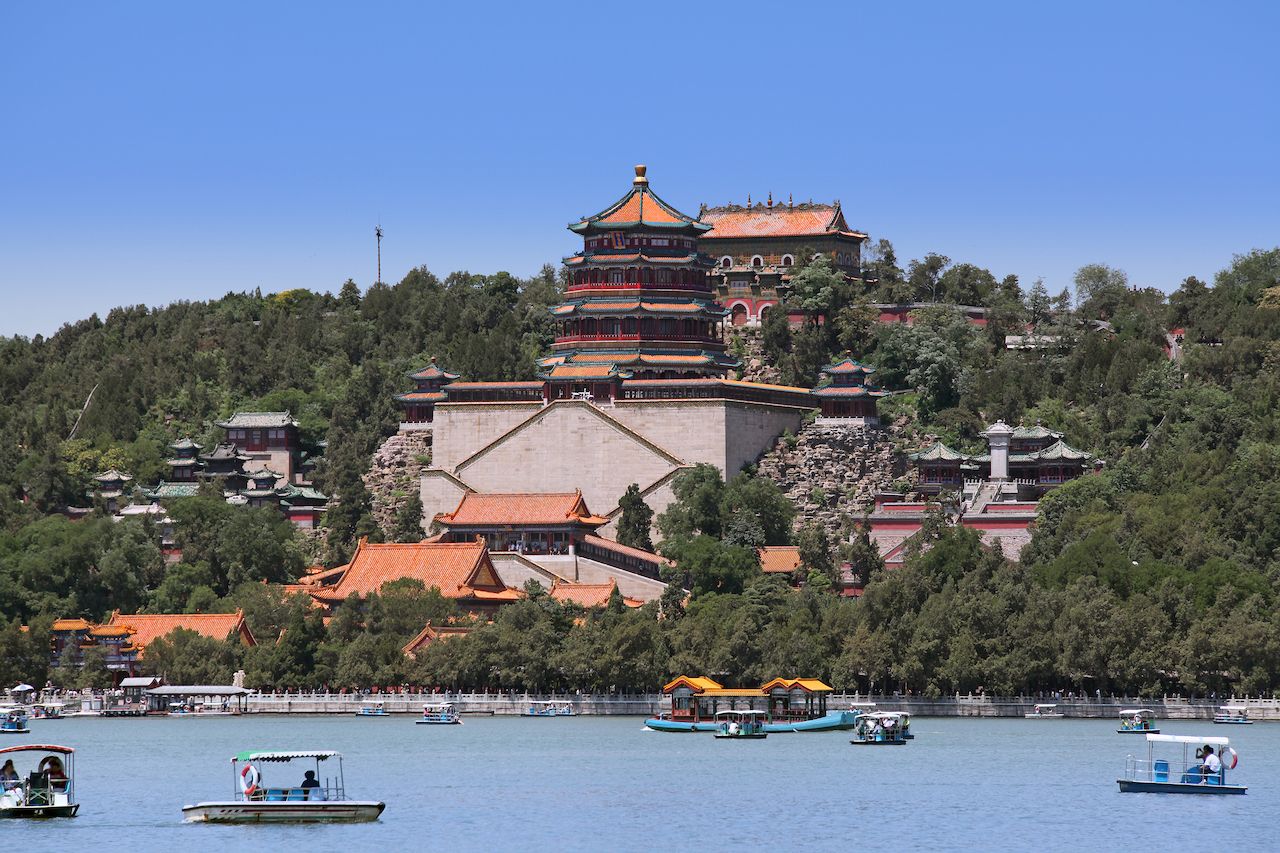 Summer Palace — The Summer Palace, so-called as emperors would typically visit in the summertime when the capital became overbearingly hot, is located on the northeast edge of Beijing and is reachable by subway within 40 minutes. We’ve included it in the day trips section because it did use to be an escape from the city and, more importantly, there’s so much to see that you could spend an entire day doing so.

The over-800-acre area is a masterpiece of Chinese garden design. Although it was damaged in the Second Opium War of the 1850s and the Boxer Rebellion 50 years after that, it’s been rebuilt by various governments — given its high status as imperial real estate. Empress Dowager Cixi even used funds earmarked for the navy to construct a pleasure “boat” for the large man-made lake there (in fact the structure is stationary but built to look like a boat on water).

The area consists of Kunming Lake with its boat, bridges, and an island; royal halls, not all of which you can enter; and lush gardens. The adult entrance fee is 20RMB ($3) in winter and 30RMB ($4.30) in warmer months. 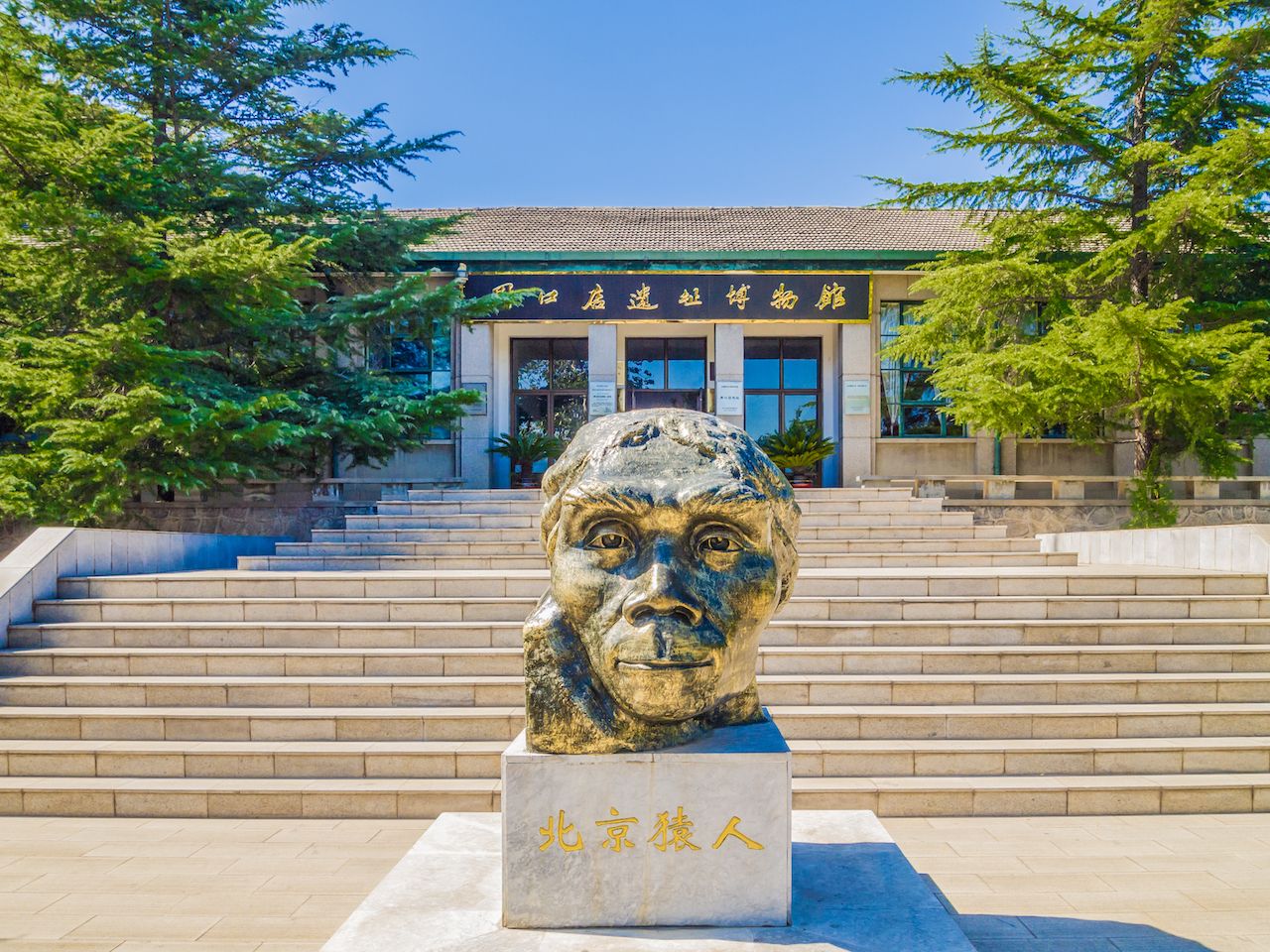 Peking Man at Zhoukoudian — Some 26 miles, or a one-hour drive, southwest of Beijing lies the Zhoukoudian site where the fossils of Peking Man were discovered in the 1920s. Peking Man was later determined to belong to the homo erectus species, which lived more than 300,000 years ago. After the first find, archeologists did a thorough exploration of the site and found many other artifacts, which allowed scientists to better understand the process of evolution at the time. These included fragments of various tools. Ash deposits were found as well, and it’s unclear whether or not they represent the earliest known instance of our ancient ancestors’ use of fire.

Several other artifact- and fossil-rich sites have since been discovered in the area, where scientific studies are still ongoing. You can also climb around the area and learn about some of the sites that have been excavated and about the cavities in the limestone cliffs where homo erectus lived. 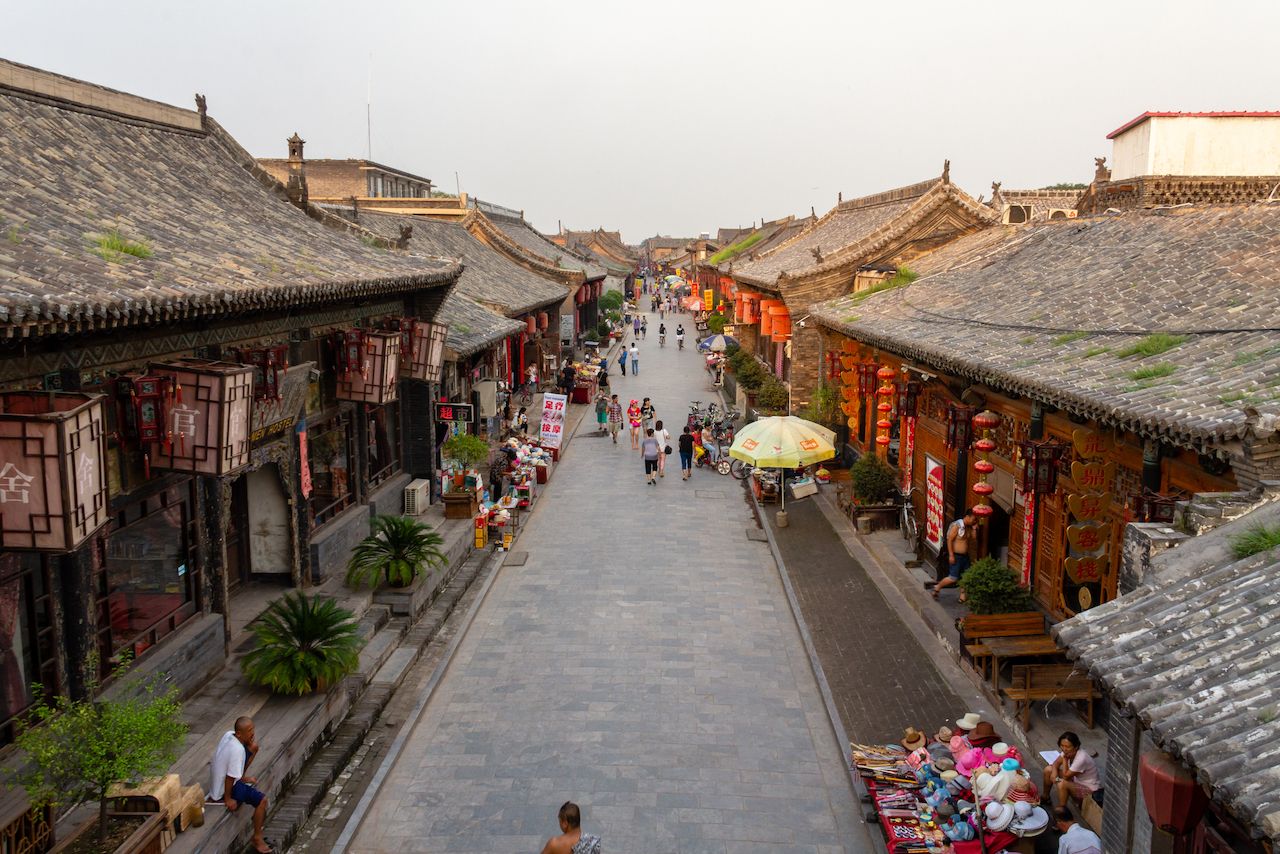 Pingyao Ancient City — Ancient cities are scattered throughout China. They vary in size, age, and the degree to which original structures have been preserved. The Ancient City of Pingyao is regarded as the best example of these age-old villages. It’s a four-hour ride on high-speed rail (for about $27), so it may be better tackled in a two-day visit, but you could pull it off in one long day if your schedule is limited.

Founded in the 14th century, the Pingyao site includes city walls, two temples, some 4,000 dwellings and shops, and a grid of old city lanes. When visiting the town, you’ll feel transported to a former time. If you do go, be sure to check out the bank; Pingyao was a major financial center from the early 19th century to the early 20th century.