This past June, I traveled in Iran by myself for two weeks. I arrived in Tehran, stayed in a hotel I had booked online, and made my way by buses and private transportation to Shiraz, via Kashan, Isfahan and Yazd. I had a fantastic time: I met interesting people whom I’m still in touch with, gained a few pounds wanting to sample all the delicious food, and lost my mind at the beautiful architecture.

Before leaving on the trip, which I had wanted to make for years, I was out celebrating the end of the semester with colleagues. We were sharing our plans for the summer. One co-worker asked, in a bit of a troubled voice, what I was going to be doing in Iran, and misheard my answer of “traveling” as “struggling.”

Yes, the bar we were at was loud. But I couldn’t help but think that this seemingly innocent mistake was symptomatic of the many questions and concerns people expressed to me before my trip.

1. “Isn’t it going to be difficult to travel as a woman alone in Iran?”

Sometimes this common question came out just as a statement: “A woman traveling alone in the Middle East. That’s going to be difficult.” Mind you, these questions and comments came from people who had never visited Iran or other Middle Eastern countries. So how do they know?

The supposed knowledge seems to rest on the assumption that women in the Middle East are oppressed because they don’t have the same freedoms women in the west do (hence my traveling expected to be difficult). We are given this blanket oppression as a fact, but rarely think about how exactly it manifests itself, yet alone try and understand how it might look different in different Middle Eastern countries.

For sure, women in Iran don’t have the same rights as women do in the west — most famously to decide how to dress — but I already knew from my travels in other Middle Eastern countries that this doesn’t necessarily mean that women are constantly discriminated against in daily life. And for a traveler, it’s the daily life that matters.

My purpose is not to undermine the Iranian women’s struggle — which I, of course, know exists — but to point out that the picture is often more nuanced than what we are presented. For example, there are many Iranian women studying in the universities, working, and you see as many women about as you see men. None are looked down upon or refused service. You see women and men walking in parks, holding hands. You see groups of women having dinner together, or picnicking.

In fact, I met many women whose lives didn’t seem very different from the women I know at home: they had jobs, children, and sweet, caring husbands, or they were single and working. One woman told me that she didn’t like cooking so her husband did most of it, and another that she wanted to only have one child and her husband obliged. Several women were interested in hearing whether I believed in God. Several expressed joy and admiration that I wasn’t married and was traveling alone. One woman hoped her parents would accept her little sister’s choice of remaining single and pursuing a career in theatre.

In everyday situations where we met, these middle-class women didn’t seem to be treated any differently from the men in their lives. And neither was I. If anything, I got extra help at every step for being a foreigner and a guest in Iran.

CouplesHow I Married the Girl I Met on Tinder in Iran

Umm, yes I did, but it’s not as if it’s somehow a morally questionable deed. The tone with which this question was often asked suggests that the headscarf, or hijab, which many, but not all, Muslim women wear, is still seen as a symbol of that blanket oppression we like to condemn but rarely try and understand.

During my trip, I read somewhere that before the 1979 Islamic revolution, the western-minded shah banned the headscarf for a while. Of course many women rejoiced the new rule, while some elderly women were imprisoned in their own homes because of it: they were too embarrassed to leave their home without the hijab they had worn all their lives, and too afraid to put it on lest they’ll be arrested for it.

Keeping in mind such complexities about the hijab’s significance — and acknowledging that to many Muslim women around the world it signals modesty, piety, and religious and cultural pride — wearing it was not an issue for me. 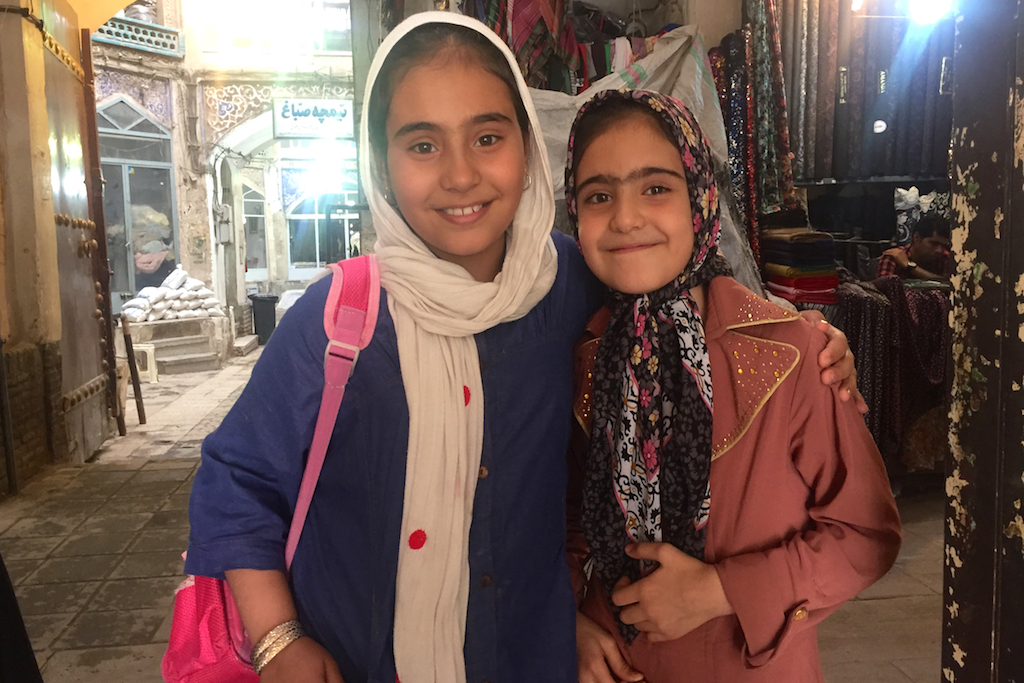 But don’t get me wrong: I didn’t enjoy it. I forgot to put it on the first morning in Tehran until I realized my mistake and ran back to my room. Every time entering a lovely air-conditioned space I felt like taking the hot “hat” off, until I remembered I couldn’t. I didn’t wear it in the smaller hotel courtyards, protected from outside views, although only after making sure the people running the hotel wouldn’t mind (I met nobody who objected.)

Just to clarify: I didn’t run to my room to fetch the forgotten scarf because I was afraid I’d get in trouble. I ran because I didn’t want to seem rude or obscene to the local people. Never once did I feel like I could be arrested because my scarf wasn’t properly in place. Many locals wear it just covering a bun at the back of their heads and many foreigners just hanging on both sides, hardly covering any hair, but rather signaling that a law is being followed, albeit resentfully.

Rather than meeting women, who felt oppressed by the hijab, I met many, who seemed unhappy with the state of things in their country. They’re wondering where all the money from the country’s oil is going. They’re worried about the ongoing inflation. They’re worried about their future livelihood. Many dream of emigrating. In the midst of such worries, most of them don’t think much about of the hijab, even if a few told me they don’t like it. For those women, it’s just a nuisance, not the root of the problem and certainly not a simplistic sign of oppression.

I can only imagine what was in the minds of the many people, who asked me this question. Angry mobs shouting “death to America”? Suicide bombers? War? Due to news from Syria and Iraq, the latter two probably pop up automatically in people’s minds. Yet we do know that the Middle East is made up of many different, independent countries, some of which are at the moment at war and dangerous, and some which aren’t. Iran belongs to the latter group.

While the angry mobs might well exist, I never encountered them. And neither has any traveler that I’ve heard of. Instead, similar to all travelers, American and European alike, I was taken away by how friendly, welcoming, and hospitable the Iranians are. Many people I talked to wanted to visit the US. This just shows that Iran is another case in point not to too hastily equate the people with its government’s views.

Imminent physical danger aside, it’s easy to get an idea from the western media that Iran’s general atmosphere is oppressive. That the police, whether the state or religious/moral police, is watching your every step, ready to arrest westerners at slightest provocation. Well, in my experience, this couldn’t be further from the truth. In fact, there was surprisingly little police presence and while sightseeing, sharing laughs and meals with people and reading in coffee shops, it was quite easy to forget that the country is in fact run by a hard-line government.

I don’t mean to seem naïve. Of course I’ve heard the stories of cruel punishments for acts we take for granted, like dancing and drinking alcohol. My point is just that Iranians don’t live in a constant state of fear. But then I also found out why the police seem mostly invisible. I was told that the morality police work similarly to how the Stasi did in Eastern Germany: they recruit regular citizens, lured in by the good salary even if they don’t agree with the principles, to report on their neighbors. That in itself is upsetting and repressive of course, but doesn’t really cause concern for the regular traveler.

So, if you don’t plan on smuggling in alcohol and organizing dance parties, or dressing in mini skirts and tank tops, I don’t see how Iran would be dangerous for women to visit. Because here’s the deal: If you respect the country’s laws (even if not agreeing with them) and if you respect the culture’s customs and its people, you too will be respected. If you go around with an attitude of superiority and disdain, would you be respected in any country? Or more so, do you then even deserve that respect?

Tagged
Travel Iran
What did you think of this story?
Meh
Good
Awesome

60 Things You Need To Know When Traveling To Iran