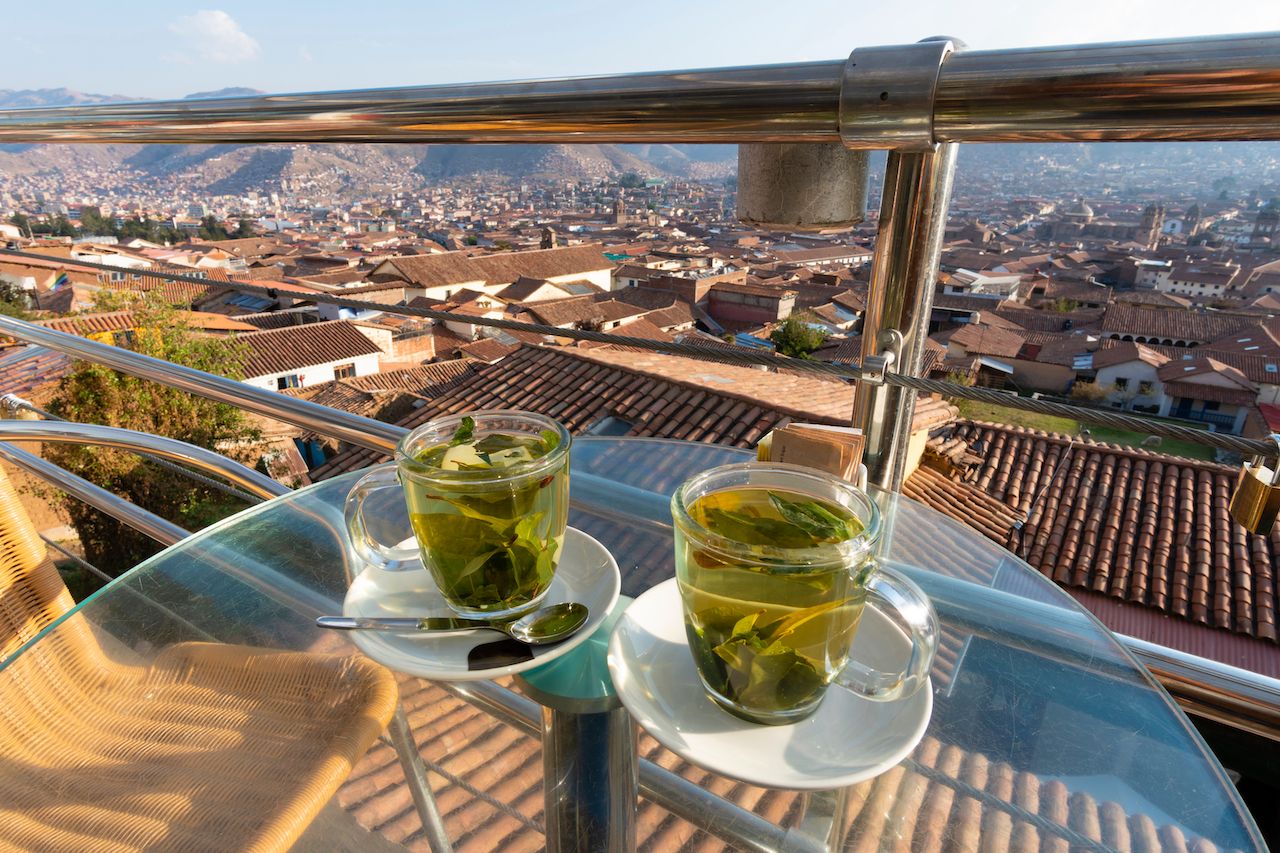 Greenish-yellow in color and with a slight bitter taste, the tea made from dried coca leaves will help you acclimate to the Andes; perfect for conquering altitude sickness, it helps with muscle aches, exhaustion, headaches, and more.

It’s another possible aphrodisiac, helps with digestive and bowel disorders (I guess that makes sense; bowel disorders are definitely not sexy), and it’s also thought to improve longevity. But don’t bring leaves home with you; they are a restricted substance in many places.

Served throughout the day, with meals or by itself, and often used to welcome guests, green mint tea is an important part of Moroccan culture.

There is to be enough of the tea in the pot to serve at least three cups, and the flavor of the tea is said to change over the three glasses: “The first glass is as bitter as life; the second glass is as strong as love; the third glass is as gentle as death.”

A traditional tea ceremony has the host preparing the tea from start to finish in front of the guest. And when the glasses are poured, it can be from a foot or more in the air. The tea is sweet, strong, fantastically minty, and, in my opinion, one of the best drinks in the world.

Also known as sheer chai or pink tea, the drink is enjoyed in the Kashmir Valley and in parts of Pakistan and Afghanistan. The drink looks pink from the pinch of baking soda added during preparation. But while many of the flavors are the same as masala chai: peppercorn, cinnamon, green cardamon, and cream, it’s the soda and the added salt that give the tea its distinct flavor. It’s kind of a mix between masala chai and yak butter tea.

Don’t be surprised if you get something chewy or hard in your cup of noon chai – your cup will have a layer of crushed almonds at the bottom. 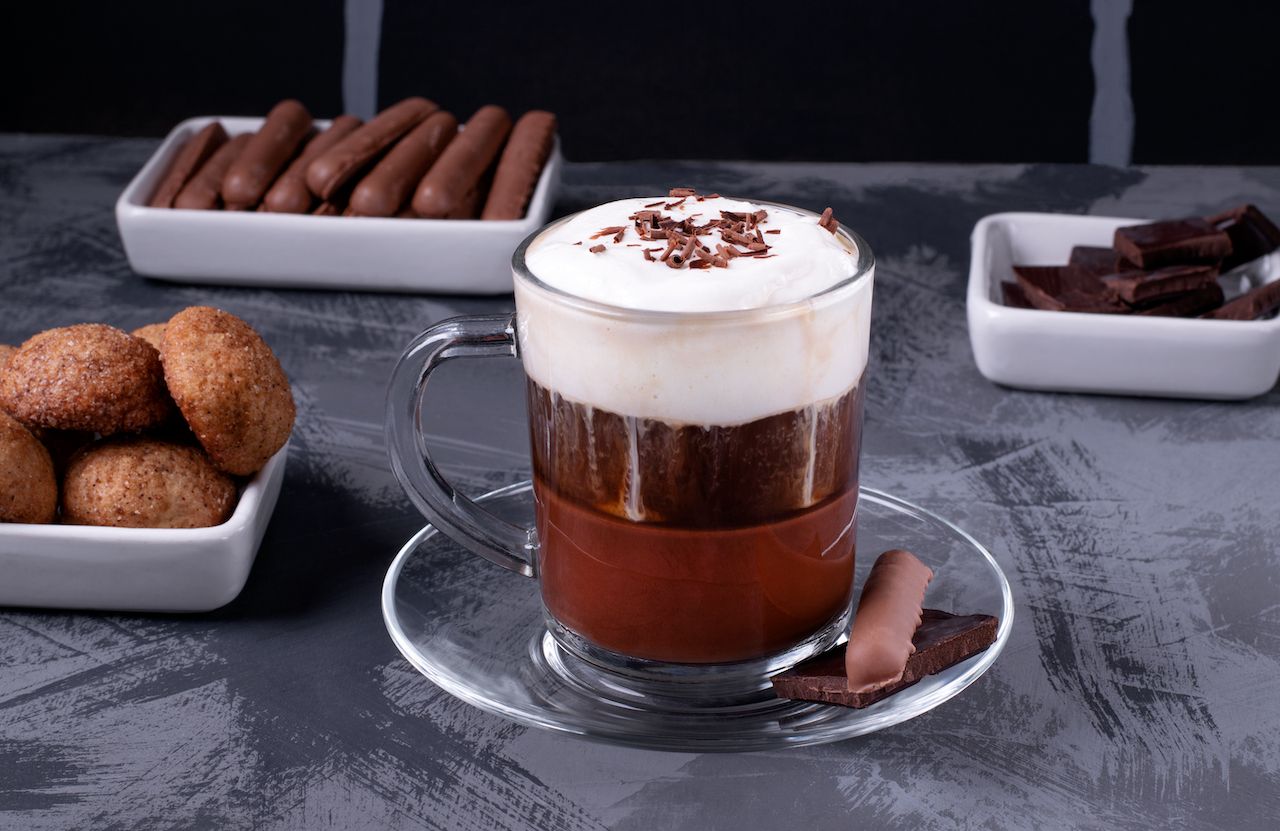 Italy is known for its coffees and cappuccinos. But go beyond those with bicerìn. It is a deliciously thick and sensuous traditional drink in Piedmont, Italy.

Espresso is topped with hot chocolate and then there is a layer of heavy whipped cream. Warm and decadent, it’s a drink to be savored.

Barley tea, or bori cha, is served hot in the winter and cold in the summer in Korea. Roasted barley seeds are stewed in hot water. The drink is a coffee substitute, though caffeine-free, and it has a slightly bitter and nutty flavor. It’s full of antioxidants and is said to help cure colds.

(In Japan and China, barley tea is served cold.) 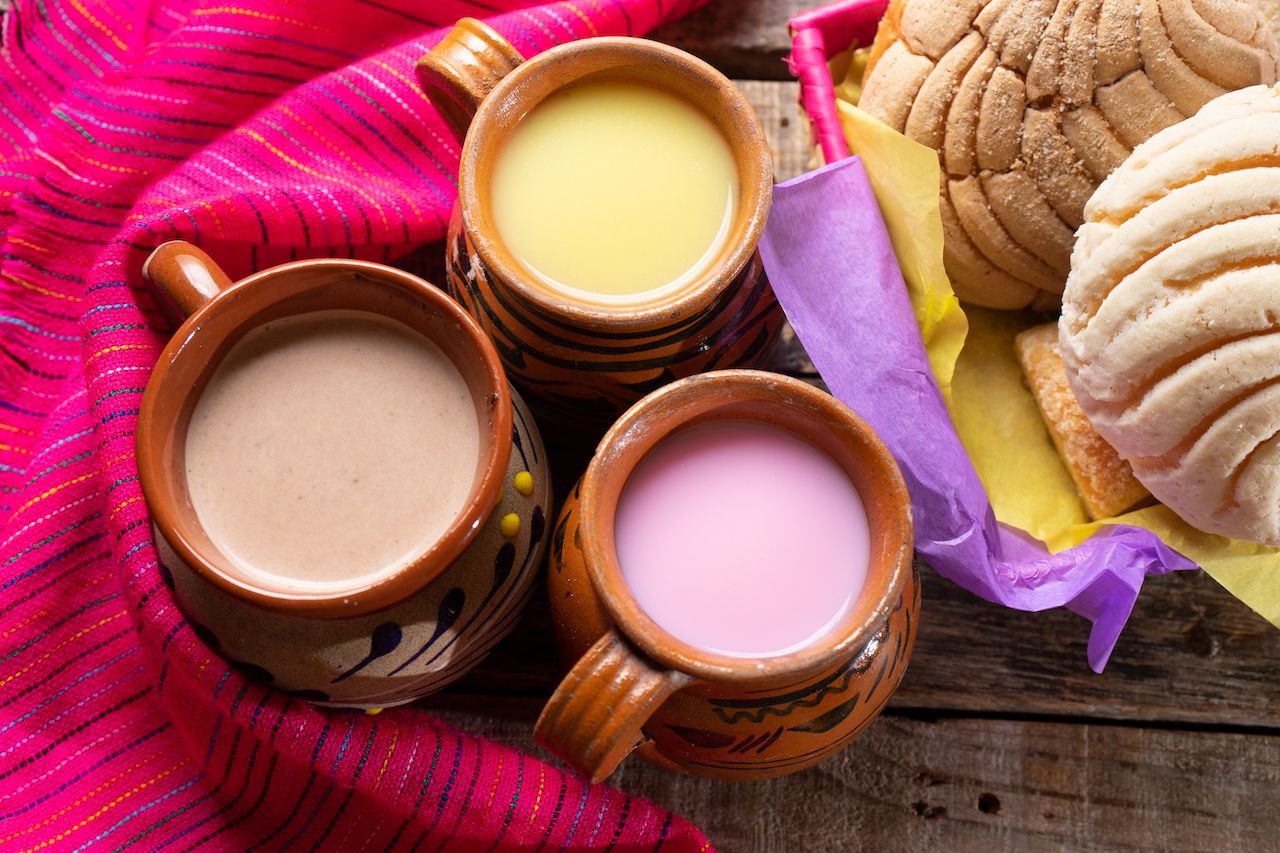 With origins that can be traced back to pre-Columbian times, atole is truly a traditional drink in Mexico and in Central America, where it is referred to as atol. It’s a celebratory drink: it’s often served at Day of the Dead festivities. Chocolate atole is called champurrado, and it’s served during the winter holidays. It’s frothy, foamy and sugary, while traditional atole can be as thick as porridge or as thin as melted ice cream.

It’s masa, or corn flour, cooked and blended with sugar, vanilla and cinnamon. Definitely a comfort food, it will wake you up and get you going in the morning, or give you a warm drink to sip while curled up on a couch.

5000 years ago, soy beans were designated one of the five sacred grains by a Chinese emperor. It’s been a popular food ever since. Soy milk served hot is a traditional Chinese breakfast food. It can be sweetened with cane sugar or simple syrup, and it may be flavored with ginger juice or pandan leaves. Or it can be served salty, and this is where it begins to appeal to a more specialized palate. Salty soy milk can be just that, soy milk with salt added, but it can also be made with dried shrimp, vinegar, and chopped pickled mustard greens.

White sage tea has an earthy and bitter flavor. It is used as a healing tool by the Navajo and other Native American tribes, particularly those in the southwestern United States where white sage grows naturally.

It helps with colds: it decreases mucus in the sinuses and throat as well as decrease sweating. If you’re breast-feeding, don’t drink it; it is also used to dry up breast milk. 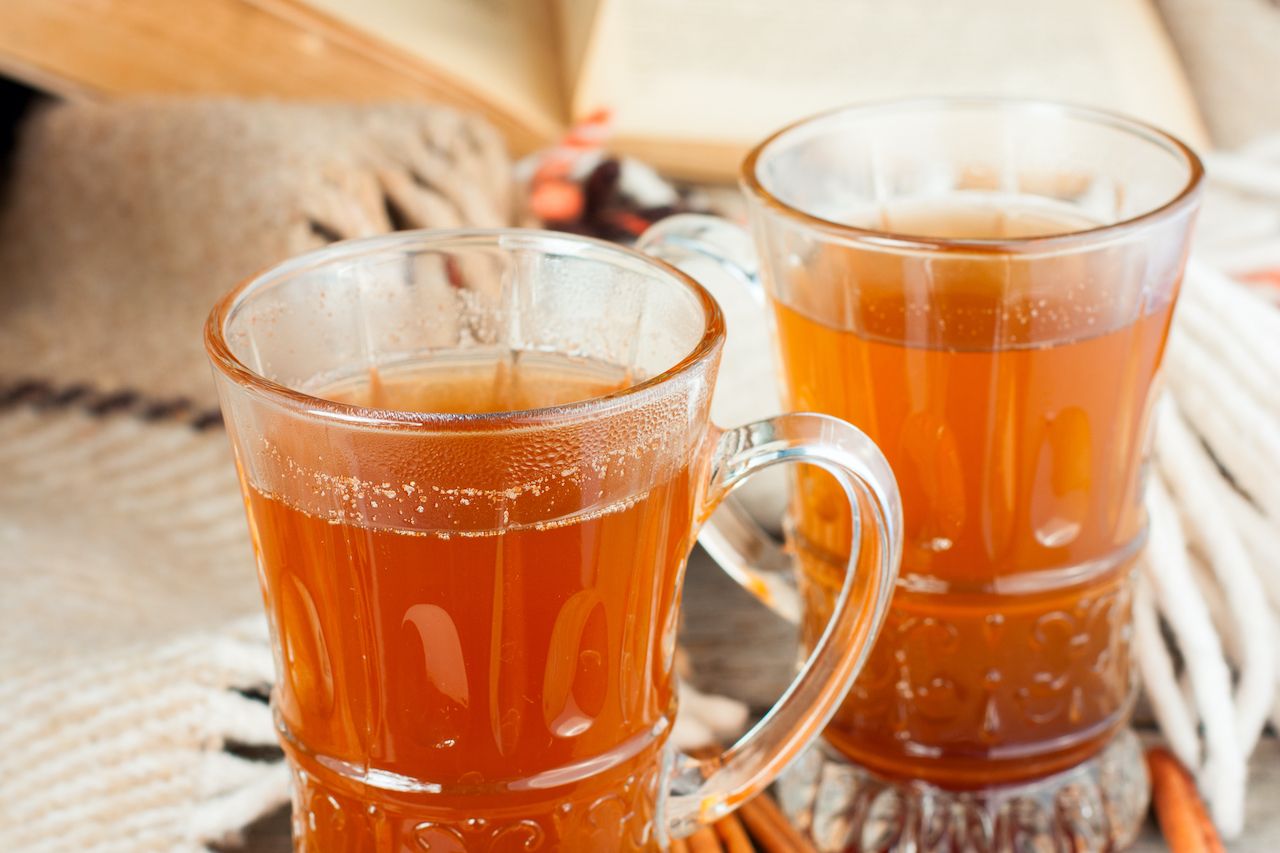 Since the 14th century, Russians have used sbiten to say do svidaniya (goodbye) to the winter cold. Cinnamon, cardamon, cloves, and ginger are ground together and mixed with honey and jam. Boiled with hot water, it makes for a warming and comforting tipple, but mix the spices and honey with hot red wine, and it warms you up that much faster.

The leaves of the Yerba Mate tree are steeped in hot water to make the popular drink mate. It’s served in a hollow calabash gourd and sipped through a bombilla, or straw that also doubles as a sieve. It is a drink to share, with a specific etiquette and technique.

The taste can be bitter the first time around, but the taste mellows as the tea brews. Not only is it a great way to get to know people, but it helps with digestion and reduces blood pressure.

Learn more about hot drinks with Tea Cultures Around the World.

Or learn to make your own hot drinks with the International Guide for Making Hot Drinks.

11 of the deadliest concert disasters in recent history
The optimal itinerary for a US national park road trip, mapped
The world’s 9 newest countries and their paths to becoming independent nations
6 Kissimmee Airbnbs for a multi-generational family vacation to Disney
Every destination in the world currently open to US travelers

The Kashmir you don’t see in the news

How to explore Morocco’s mystical Atlas Mountains on foot

I traveled overland from Morocco to Senegal. Here’s what I saw.

Hitchhiking the middle-age slump away in Morocco