View all travel news
Top Destinations
Top CitiesView All Destinations
Trending Regions
Trending Cities
Load More
Yak butter, purple corn, orchid root, and ginger. What do these ingredients have in common? They are all key flavors in some of our world’s 20 most iconic and unusual hot drinks. 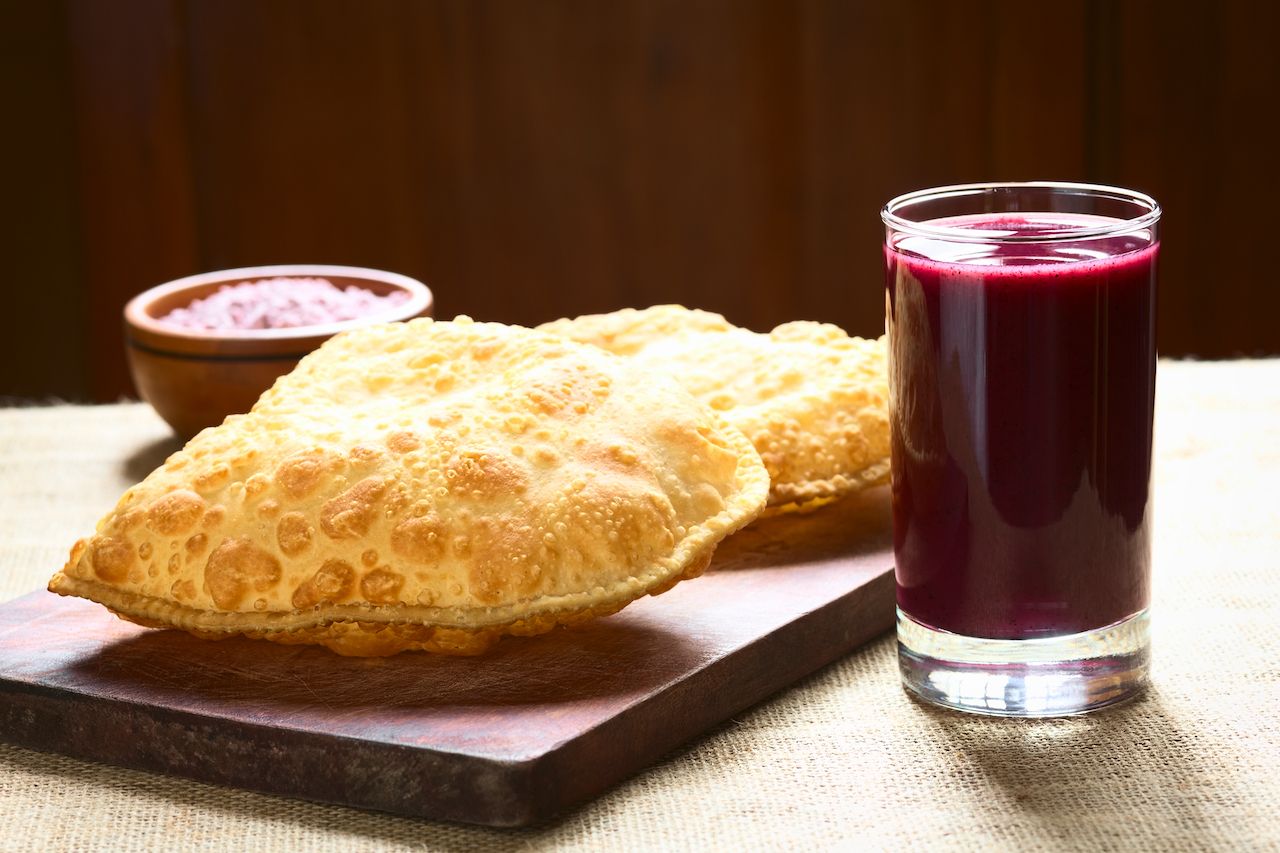 Who knew that purple corn, pineapple, cinnamon, cloves and orange rind could come together to make a thick, hot drink that’s practically a meal unto itself? Well, they figured it out in Bolivia with api morado: a drink that can be traced back to the Incans.

It is served for breakfast, usually with a pastry. Or there is api blanco, which features white corn, milk, sugar and cinnamon. Served at bus stations in the mornings in central and western Bolivia, it is the ideal warm greeting when you arrive in the cool of the Andes.

(It is also known as chicha morada in other parts of South America and sometimes served cold.)

This drink is aptly named: in English, it’s sweet water. And it is just that – unbleached and unrefined whole sugar cane dissolved in hot water. Agua dulce is popular at breakfasts and with campesinos, farmers.

Wattleseed is a type of acacia seed celebrated in Australia; the golden wattle blossom is Australia’s national flower.

When the seeds are ground, it can be used as a coffee substitute, and the resulting cappuccino, the cleverly named Wattlecino, will be caffeine free and will taste like a combination of chocolate and coffee with a hazelnut finish without any of the traditional coffee bitterness.

Sarabba is a drink traditionally enjoyed by night shift workers in southern Sulawesi, one of Indonesia’s Sunda Islands.

The drink is spicy with a heavy dose of ginger and white peppercorns. Palm sugar and coconut milk temper and round out the flavors. 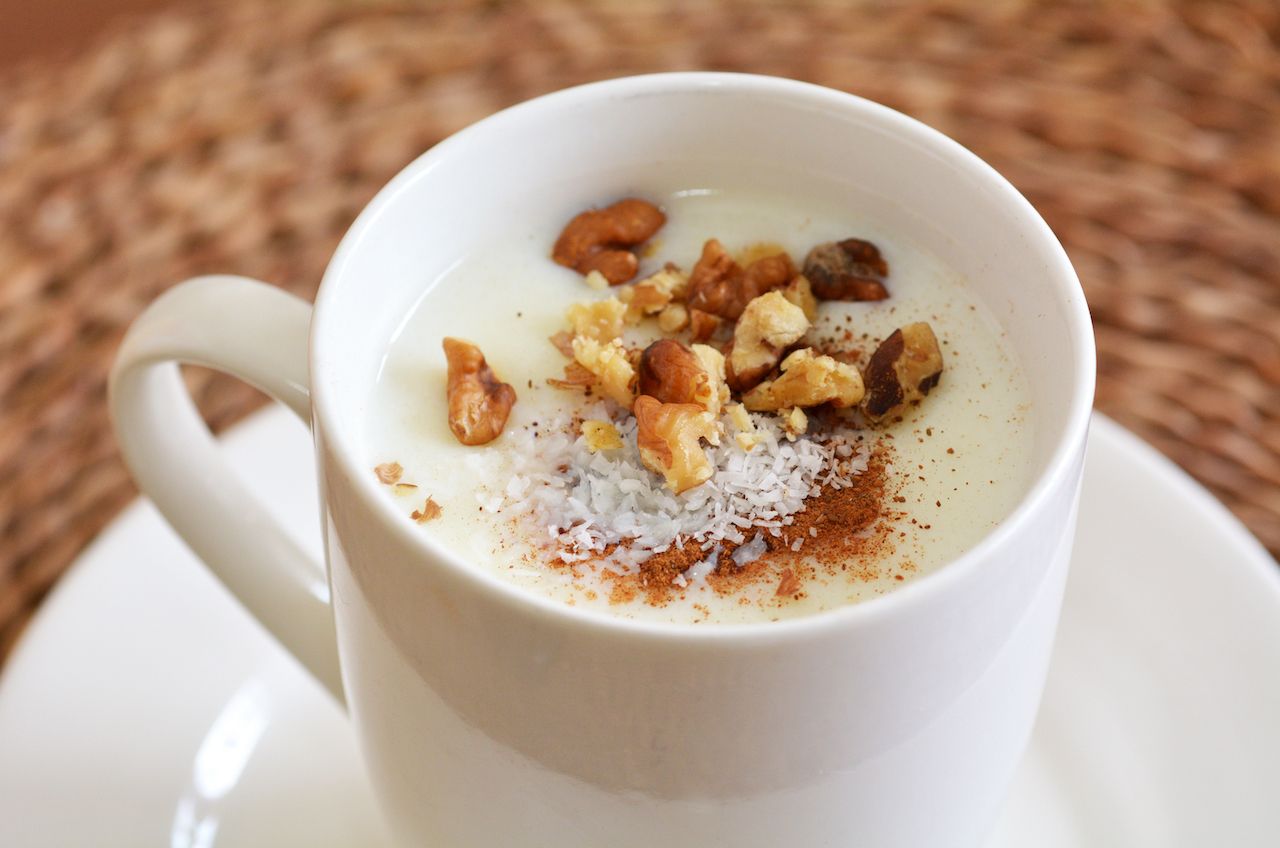 Grind up the bulb of the orchid Orchis mascula, and you get the powdered starch that is the base of the Egyptian drink, sahlab. The drink is also popular in Turkey, where it’s called sahlep, Iran and other eastern Mediterranean countries and Middle Eastern countries.

Pick up a cup from a pastry shop or from the brass urn of a street vendor’s cart. Milk is boiled with sugar and the orchid root powder thickens the drink. Topped with cinnamon, the drink is rich and filling.

If you get an instant mix somewhere, it’s not (or shouldn’t be) made of true orchid root, as the popularity of ground orchid root has put some wild orchid species in Turkey in danger.

Oh! And it is considered by some to be an aphrodisiac. So drink responsibly.

This classic Dutch drink is anise mixed with hot milk. The anise isn’t overbearing, it adds a fragrant and light touch of spice, but it’s still a love it or hate it type of drink – if you like the taste of black licorice, you’ll go crazy for it.

Traditionally, it was made by soaking aniseed in milk; now it’s more common to add anijs blokjes, anise sugar cubes, to warm milk and stir. It’s thought to be a sleep aid and to calm the stomach. 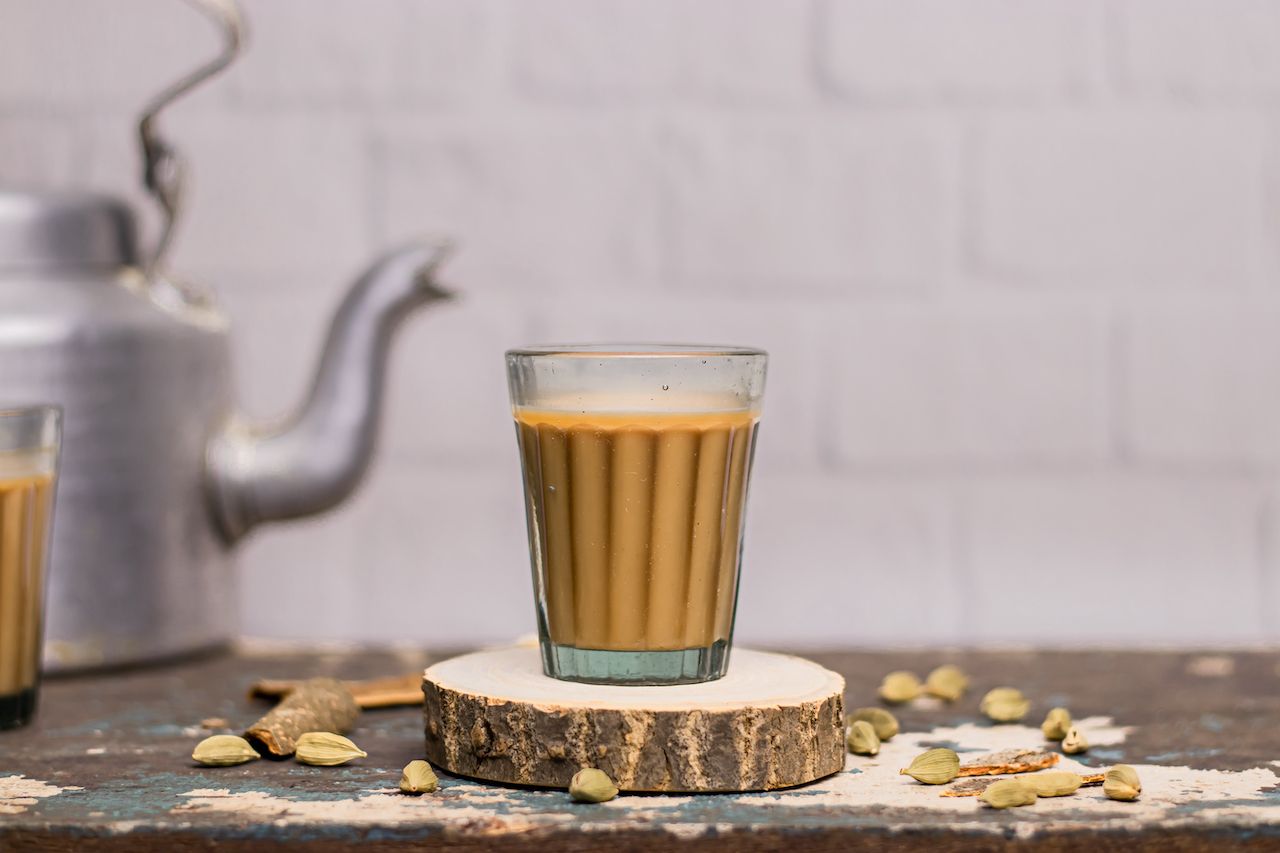 Masala chai translates into English as “spiced tea”, and it is not your Starbucks style chai. It’s strong and rich: black tea steeped in hot milk and water that has been flavored with green cardamom, cloves, cinnamon, ginger and peppercorns. Each maker may add a unique flavor – nutmeg, vanilla or star anise.

Get a fresh brewed cup from a chai wallah (street vendor) in India; they are everywhere! The first thing you’ll hear if you come to India by train is the call of the chai wallahs at the station. Chai is something they take pride in, and many will serve with a dramatic flair, like pouring it into the cup from two feet or more in the air, without spilling a drop.

The drink is also popular in Afghanistan, Pakistan, Sri Lanka, Nepal and Bangladesh. When asked by a local to partake in a cup of chai, always say yes. It’s very rude not to.

Po cha, or yak butter tea, is an acquired taste as it has a salty, tangy and borderline rancid flavor. But you’ll have plenty of time to acquire the taste, because after each swallow, it is traditional for the host refill the cup back to the brim. So drink in sips, and before you leave, make sure to drain your bowl.

The butter is great for preventing chapped lips and the calories are ideal for keeping warm and full of energy at high altitudes.

Coffee is uber-popular in this island country, and a local specialty is Kúmenkaffi, caraway coffee. Served after a meal and ideally with a splash of brennivín, a caraway flavored schnapps that is another Icelandic tradition, kúmenkaffi smells spicy, tastes tart and has plenty of caffeine.

The Emerald Isle is so green because it rains so often, and it’s often quite chilly there. But you can warm up quickly with a hot toddy. The whiskey shouldn’t be high quality, otherwise it won’t cut through the spicy taste of the cloves and the sweetness of the brown sugar.

The cloves are poked through the rind of a lemon, because really, who wants to be picking cloves out of their teeth?