MANY CINEMATIC love letters have been written to New York City. Before you check out the Big Apple yourself, sit down to soak in the city through some talented filmmakers, writers, and actors. 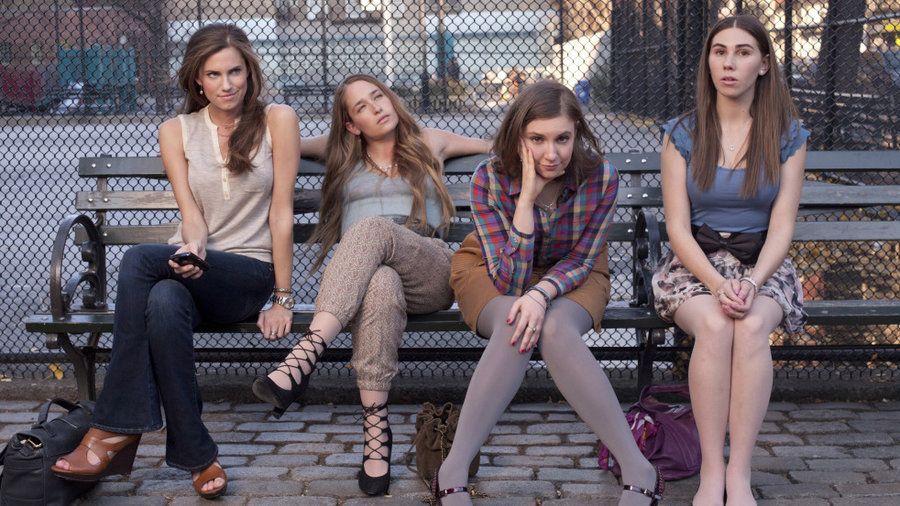 Where to watch: HBO GO

Girls is a female powerhouse like no other. Creator and star, Lena Dunham, lets us into the tumultuous lives of four millennials as they try to figure out their 20s in New York City. Dunham’s HBO show is filled with NYC landmarks, coffee shops, and dive bars — many of which are real places that you can visit. Grab a coffee at Ray’s Cafe Grumpy in Greenpoint, reminisce about Marnie’s late night escapades on the High Line, or grab a drink at the celebrity hot spot Jane Hotel — AKA the place where Hannah celebrates the book launch of her nemesis (played by Jenny Slate). 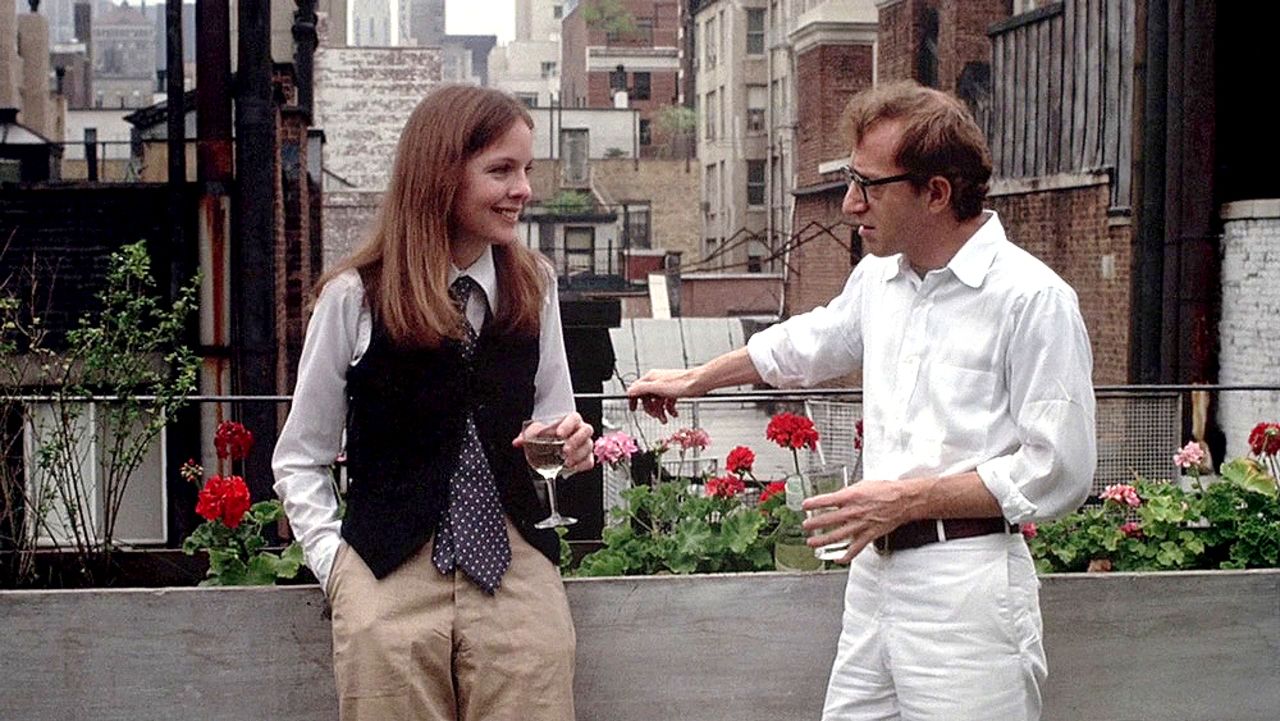 Where to watch: Rent from Amazon

Woody Allen’s American classic uses wicked humor to narrate the relationship of an aspiring actress (Diane Keaton) and her stand-up comedian boyfriend (Allen). Take a stroll around the upper east side to visit Annie Hall’s apartment on East 68th Street and you’ll be sure to recognize the neighborhood as the background of many of Allen’s signature walk-and-talk scenes. If you’re looking for a weekend away from the city, visit nearby Amagansett where Keaton and Allen filmed their beach and lobster-cooking scenes. 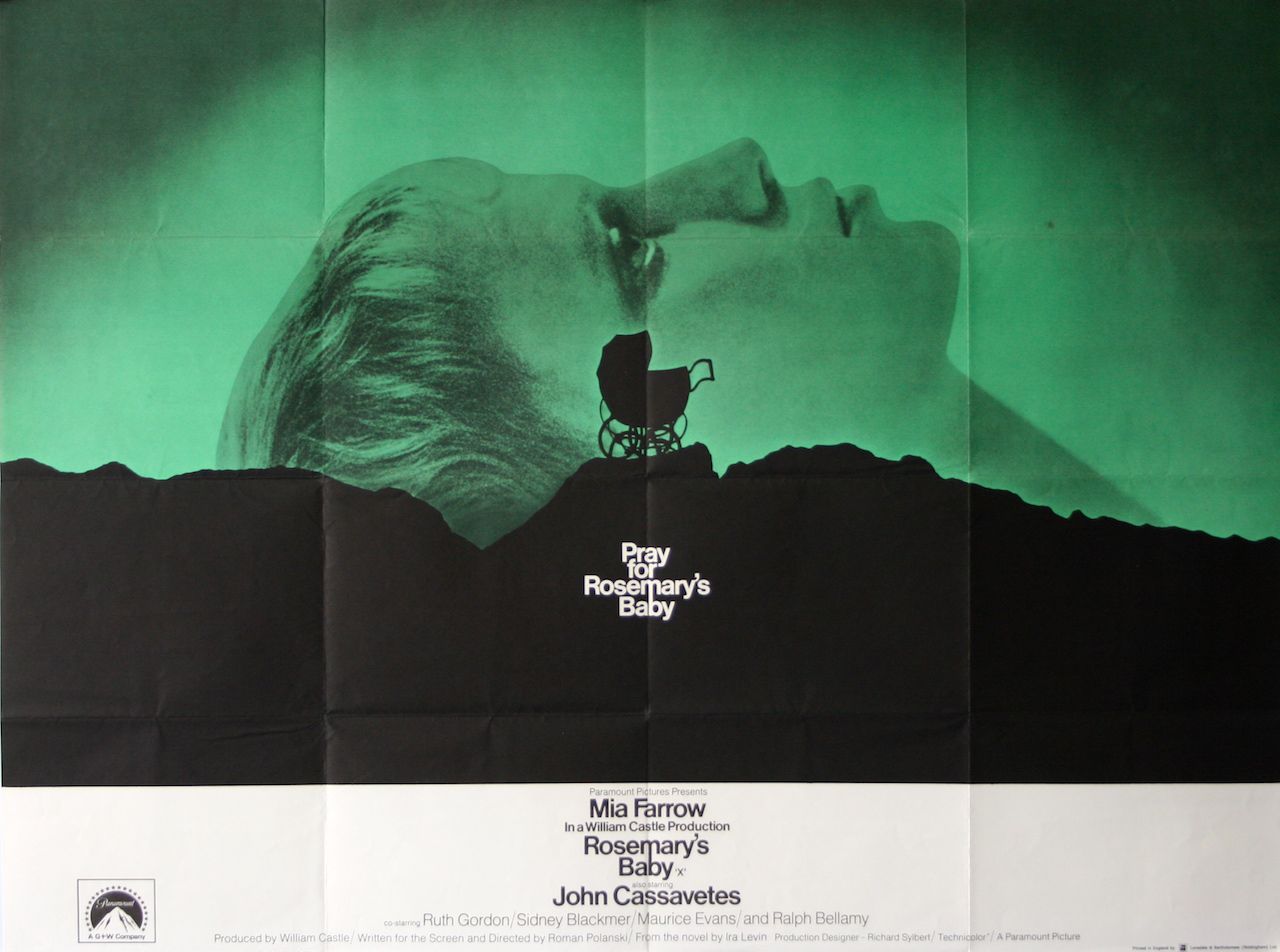 Where to watch: Hulu, Amazon Prime

After Rosemary and her husband move into a new apartment building, Rosemary begins to suspect their neighbors are hiding something sinister. Roman Polanski’s 1960’s horror film dissects the isolating paranoias that can develop living in the big city. After getting fully creeped out by the film’s spine-tingling finale, go visit the famous Dakota on Manhattan’s upper west side, where the majority of the film was shot.

Where to watch: Rent from Amazon

Nora Ephron hits a high in romantic comedy in New York City, with this tale of will-they-won’t-they love. Meg Ryan and Billy Crystal play their roles for comedic gold as their paths repeatedly cross over several years. Pick up an orgasm-inducing sandwich from Katz’s Delicatessen and eat it in Washington Square Park, the backdrop to Sally and Harry’s first rendezvous. 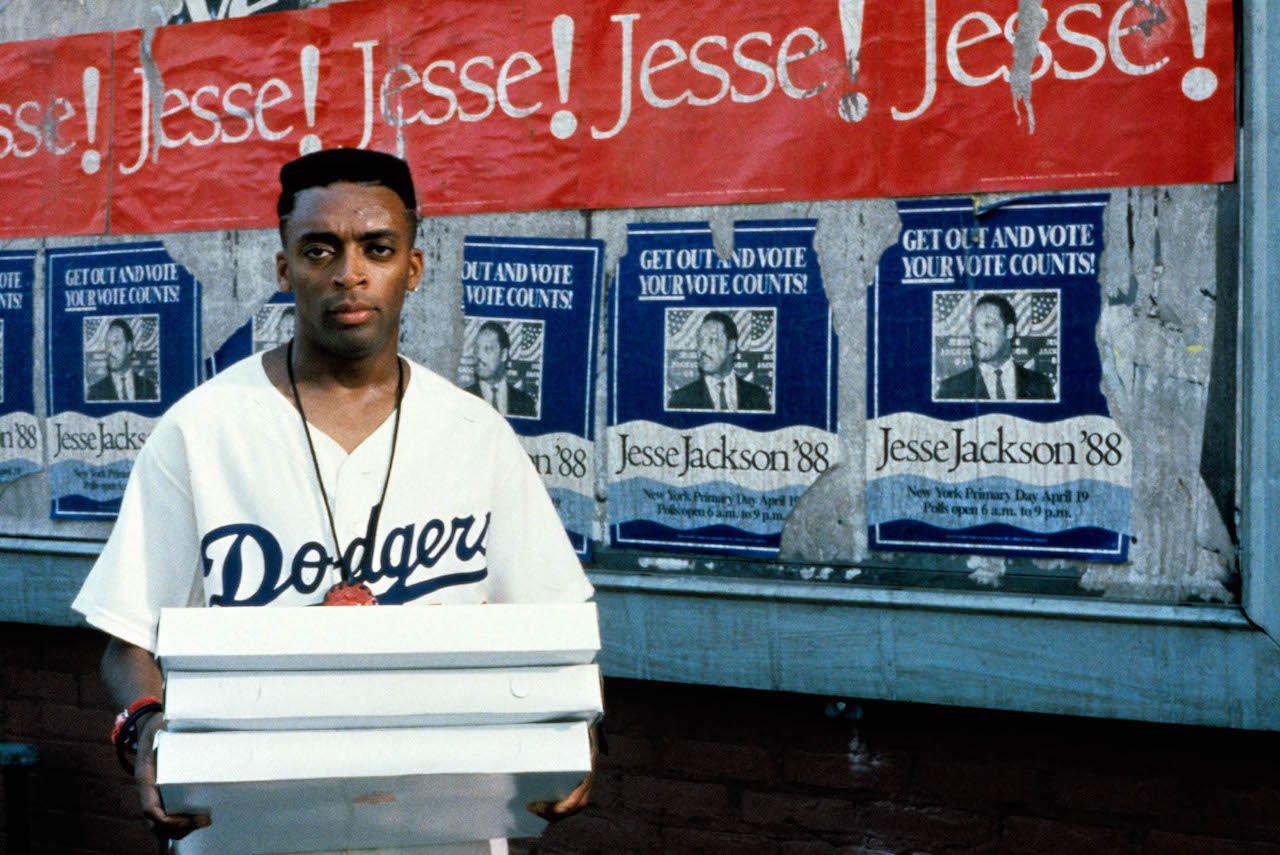 Where to watch: HBO GO, rent from Amazon

Director Spike Lee captures the racial tensions and complexities of one hot summer day in a Bed-Stuy neighborhood on the cusp of gentrification. You’ll recognize many a famous face among the cast, including Samuel L. Jackson, Rosie Perez, Martin Lawrence and John Turturro. Make the trip out to Brooklyn to see the future hinted at in the film — hipster coffee shops and trendy restaurants have taken over and wiped-out many a mom-and-pop store. While Sal’s Pizzeria doesn’t exist in real life, you’ll recognize the stoops where all the residents hang out to cool off. Whether or not you make the trip to NYC — watch this film. 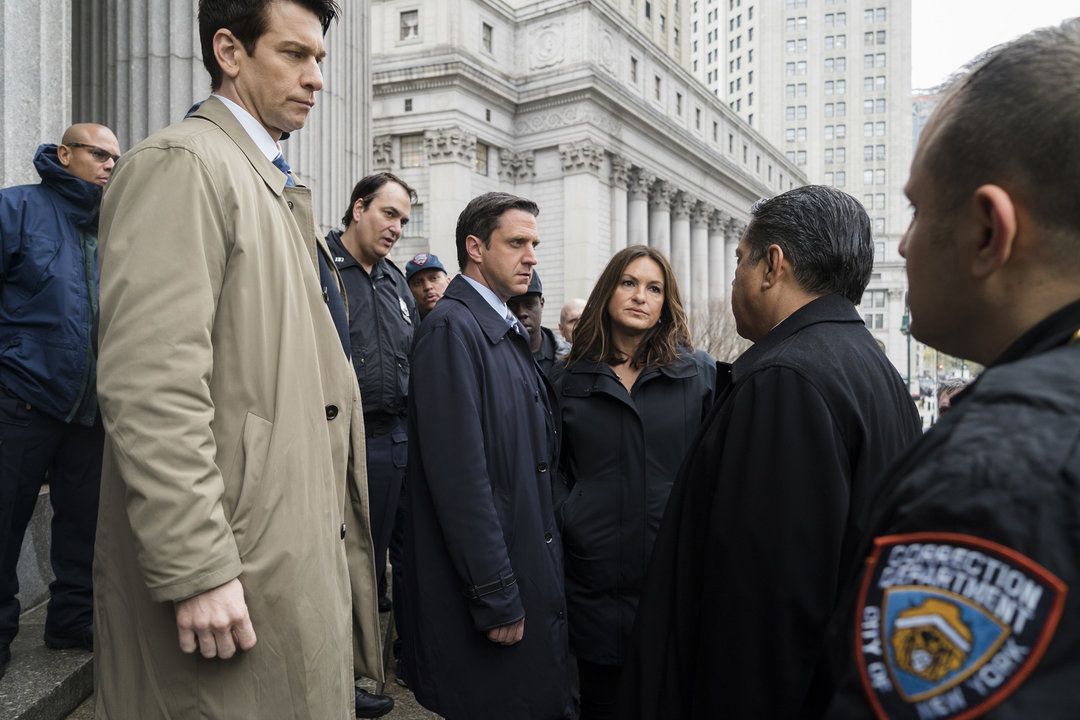 This never-ending series — currently in its 18th season — follows the detectives of Special Victims Unit of the NYPD as they investigate crimes around New York City. Watch a few cliff-hanging episodes and then head to Foley Square to walk the steps of the New York Supreme Court. Keep your eyes peeled for film crews, the show can frequently be seen shooting on location.

Where to watch: HBO GO

An icon of the late ‘90s, Sex and the City centers on the drama-, career- and fashion-filled lives of sex columnist, Carrie Bradshaw, and her three best friends. New York City is a character itself throughout the series, providing new clubs, jobs, and boyfriends as Carrie tries to answer the modern woman’s most pressing questions. Head to 66 Perry St to sit on Carrie’s front stoop and then swing by Magnolia Bakery for a pink frosted “Carrie” cupcake to relive the moment when Carrie lets Miranda in on her Aiden crush. 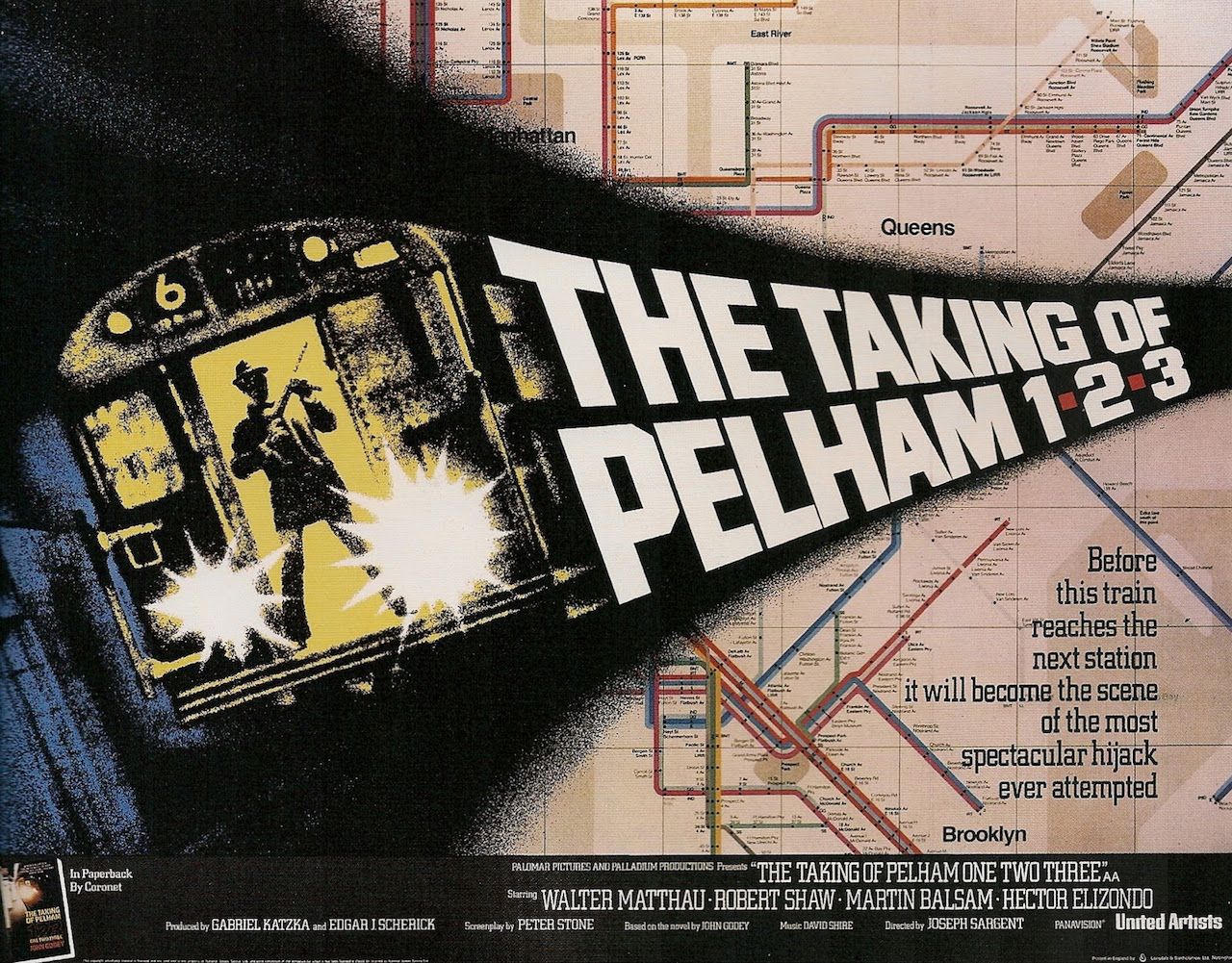 Where to watch: Amazon Prime

NYC’s subway is the best way to get around — and a true NYC experience. Joseph Sargent’s thriller about the hijacking of the 6 train puts this gritty subterranean world front and center. Featuring hot-headed cops and a blood thirsty band of criminals, the film will give you plenty to think about as you wait for your inevitably delayed train. Be sure to watch the original instead of the lackluster 2009 remake. You’ll cringe at the sexist 70’s jokes. 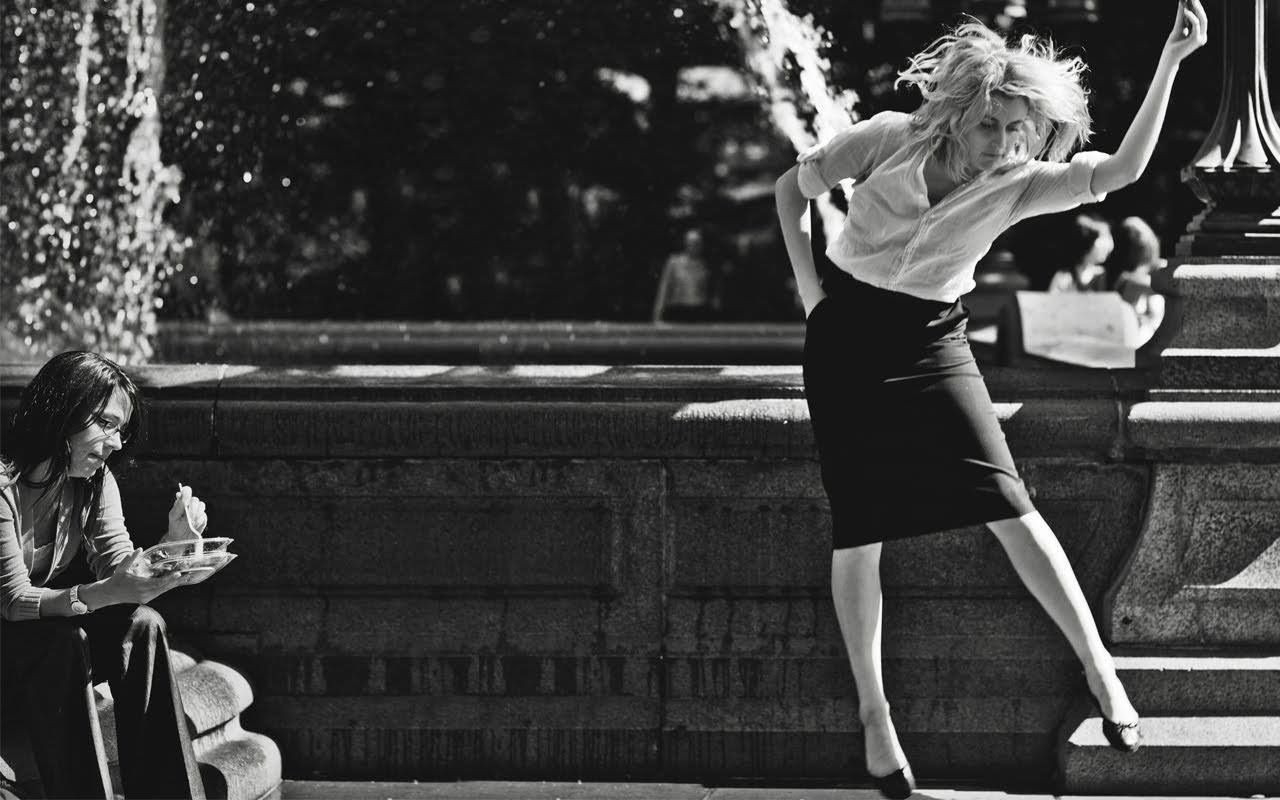 Where to watch: Netflix, Rent from Amazon

Directed by mumblecore darling Noah Baumbach, Frances Ha tells the story of a 27-year-old woman figuring it out in New York City. Frances (played by the magnificent Greta Gerwig who also co-wrote the screenplay) is awkward, impulsive, and just a little lost. While her social interactions may make you flinch, be prepared to be swept into Frances’s own little world, especially when she dances down a busy Manhattan street to the beat of Bowie’s “Modern Love”. 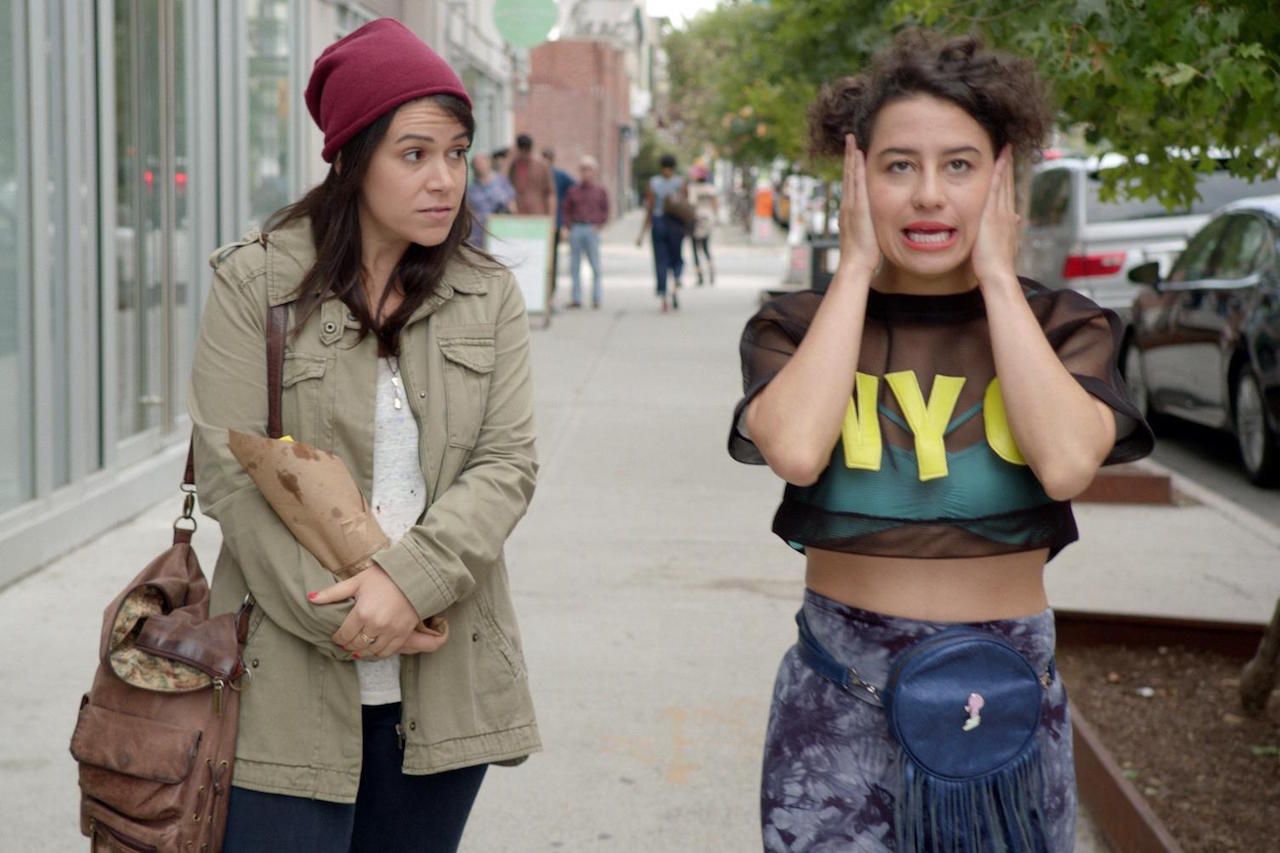 Where to watch: Hulu, Amazon Prime

To get a taste for the eccentricities of New York City, follow along with Abbi and Ilana as they make the city their playground. From their day jobs (at an upscale gym and a Groupon-ish start up) to the specific quirks of city life (DMV visits, picking up a missed package delivery, and shopping at a Park Slope Food Co-op), these besties will show you what millennial living in the Big City is all about. Watch the episode “St. Mark’s”, where Abbi and Ilana spend the night on the eponymous avenue before you walk there yourself.