It doesn’t takes a cultural anthropologist to know that the United States is an extremely culturally diverse country. In his book American Nations: A History of the Eleven Rival Regional Cultures of North America, Colin Woodward argues that the US is actually 11 separate nations, divided along stark cultural lines that he traces all the way back to the 16th century.

In the same vein, Redditor Inzitarie created the map of cultural regions of the United States and said that it is meant to serve as a summary reference rather than a scientific cultural breakdown. “Mapping this sort of thing is impossible to do perfectly,” Inzitari explained on Reddit, “as the very nature of ‘culture’ itself is constantly fleeting from a concrete definition, being an amorphous societal construct and all.” 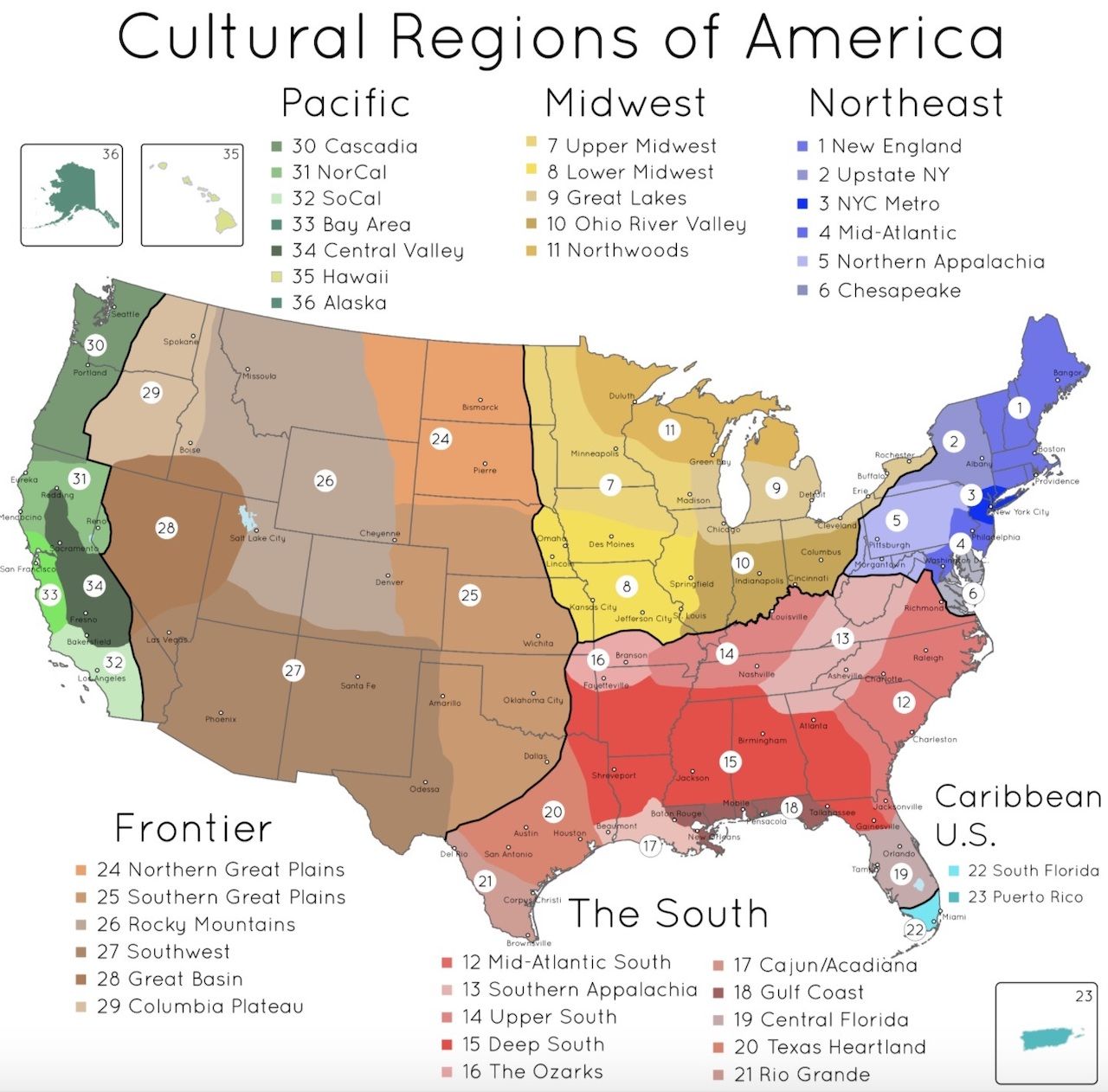 The map is broken down into six regions — Pacific, Midwest, Northeast, Frontier, the South, and the Caribbean — with dozens of subregions. Areas like New England might seem like no brainers, but you might not have considered the Ozarks and Chesapeake to be their own cultural pockets.