If you’ve scrolled through the Bali hashtag on Instagram, chances are you’ve noticed the popular mirror lake photo at the Pura Lempuyang Luhur temple complex, also known as the Gates of Heaven. The sacred site, overlooking the Mount Agung volcano is famous with tourists, particularly Instagrammers, for its ornate stone gate made up of two tall pillars in between which visitors pose for a pretty picture with a stunning backdrop.

One of the most appealing features of this spot is not only the architecture and the sacredness of the site, but its apparent calm lake which perfectly reflects the gate at its edge and whoever stands by it. The visual effect is indeed jaw-dropping, but it’s also very fake — the glass-like lake surface doesn’t actually exist. 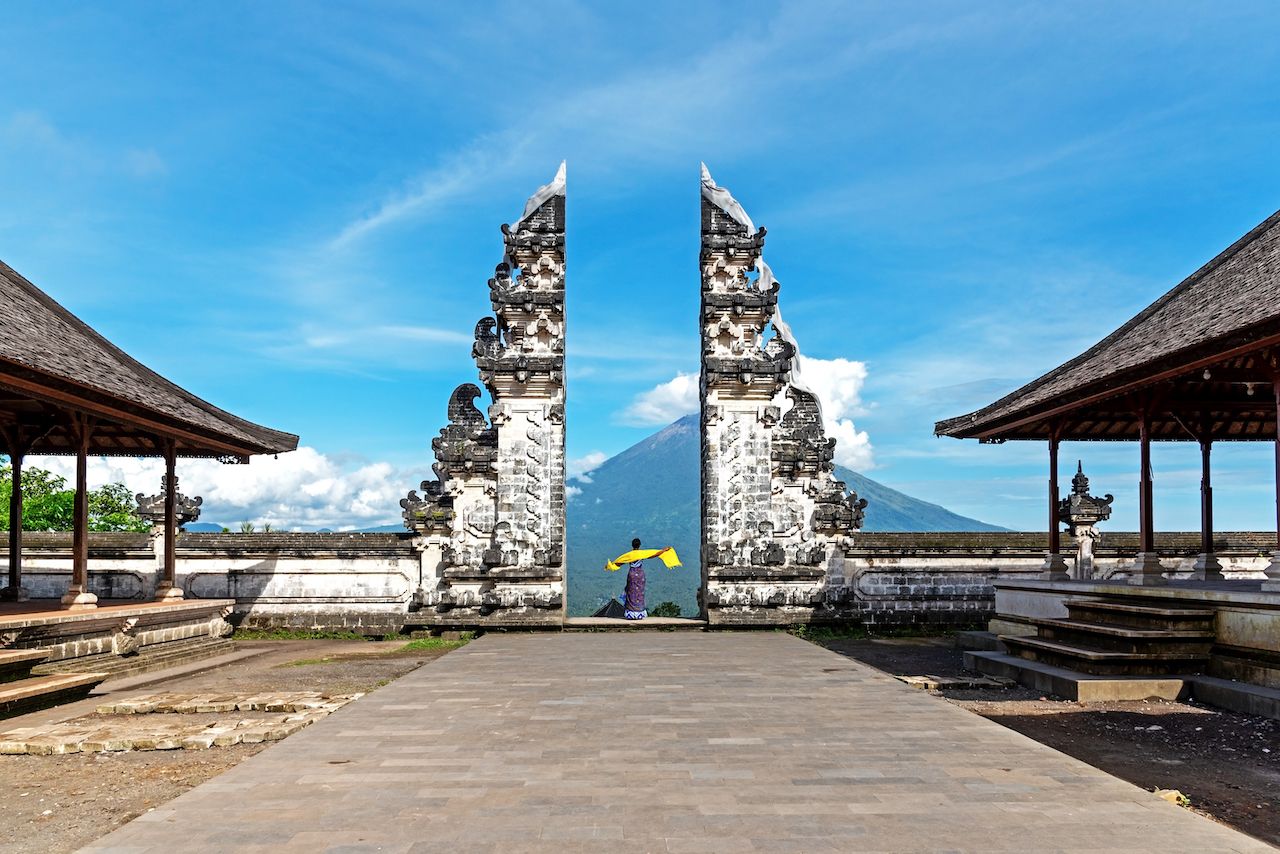 Visitors who have used Instagram as their source of information are slowly discovering that the lake isn’t real. In fact, it’s an illusion created by photographers, who manage the effect by holding mirrors under the camera lens as they take their photo.

And now that the ruse (although creative and not meant to torment anyone) is common knowledge, travelers are understandably expressing their dismay at the realization. Fortune editor Polina Marinova, who exposed the myth, tweeted, “My hopes and dreams were shattered when I found out the ‘water’ at the Gates of Heaven is actually just a piece of glass under an iPhone.”

My hopes & dreams were shattered when I found out the “water” at the Gates of Heaven is actually just a piece of glass under an iPhone 😭 pic.twitter.com/oiahI5VCIo

With or without the lake, the site is beautiful and fascinating for anyone who wants to know more about Balinese culture, and the view from the gate is indeed gorgeous. Just be ready to line up for a while with many other tourists to take your Insta-worthy shot.

Feel Like You're Floating Above the Clouds at This Munduk Airbnb