Disney World might be full of magic, but that doesn’t mean the magic has to stop once you leave the park. You don’t necessarily have to choose between staying in one of Disney’s sprawling, themed resort properties or a nondescript Orlando hotel room. Plus staying close to the park gives you a base and lets you experience Disney at night. There are plenty of Airbnbs near Disney World that capture the magic of the park, and you don’t even have to leave the property. From a Frozen inspired house to an Airbnb with a private arcade and theater (for watching your favorite Disney films, of course), these are the Airbnb Disney World rentals to bookmark for your next trip.

Traveling to Orlando, Universal Studios, or Disney World? Check out Matador’s guides to the best places to stay in the area:

We hope you love the Airbnb Disney World rentals we recommend! Just so you know, Matador may collect a small commission from the links on this page if you decide to book a stay. Listed prices are accurate as of the time of publication. 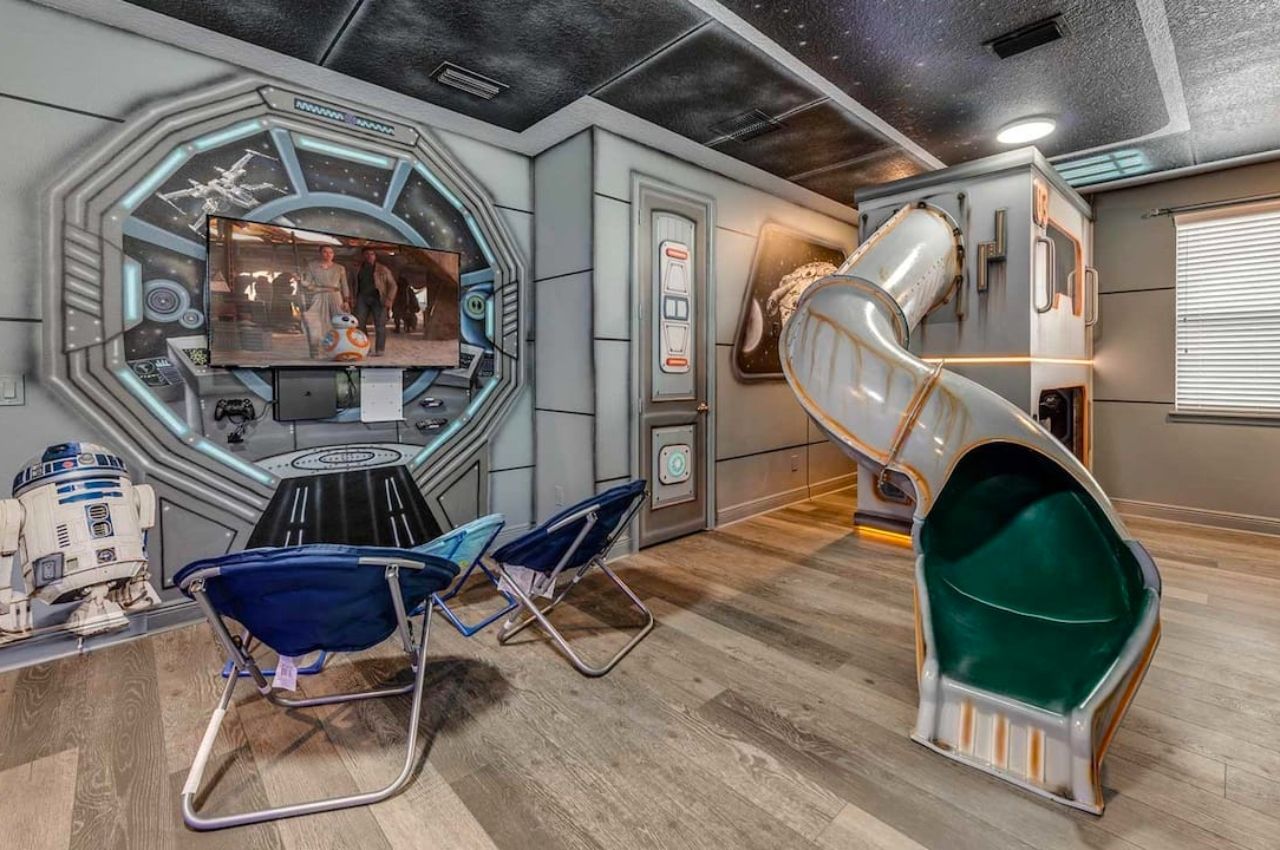 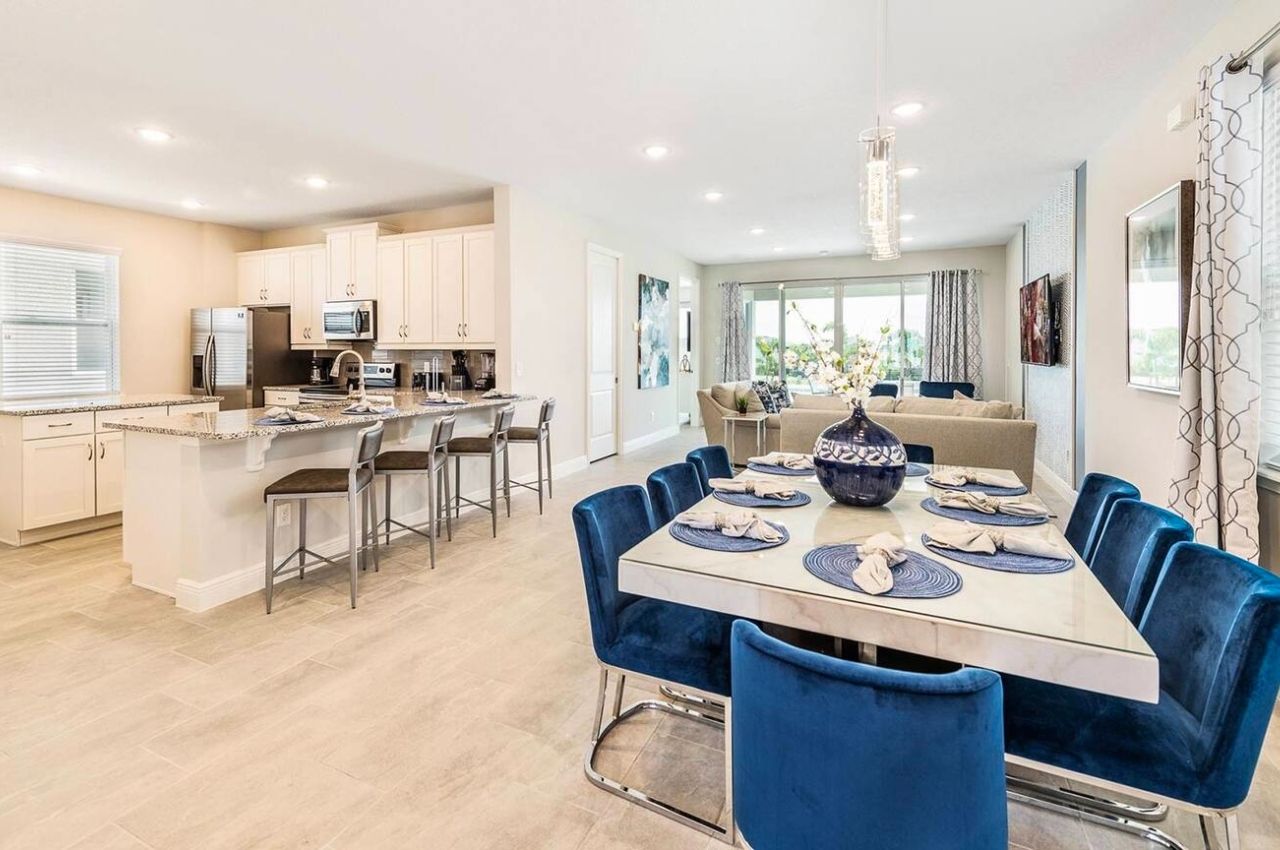 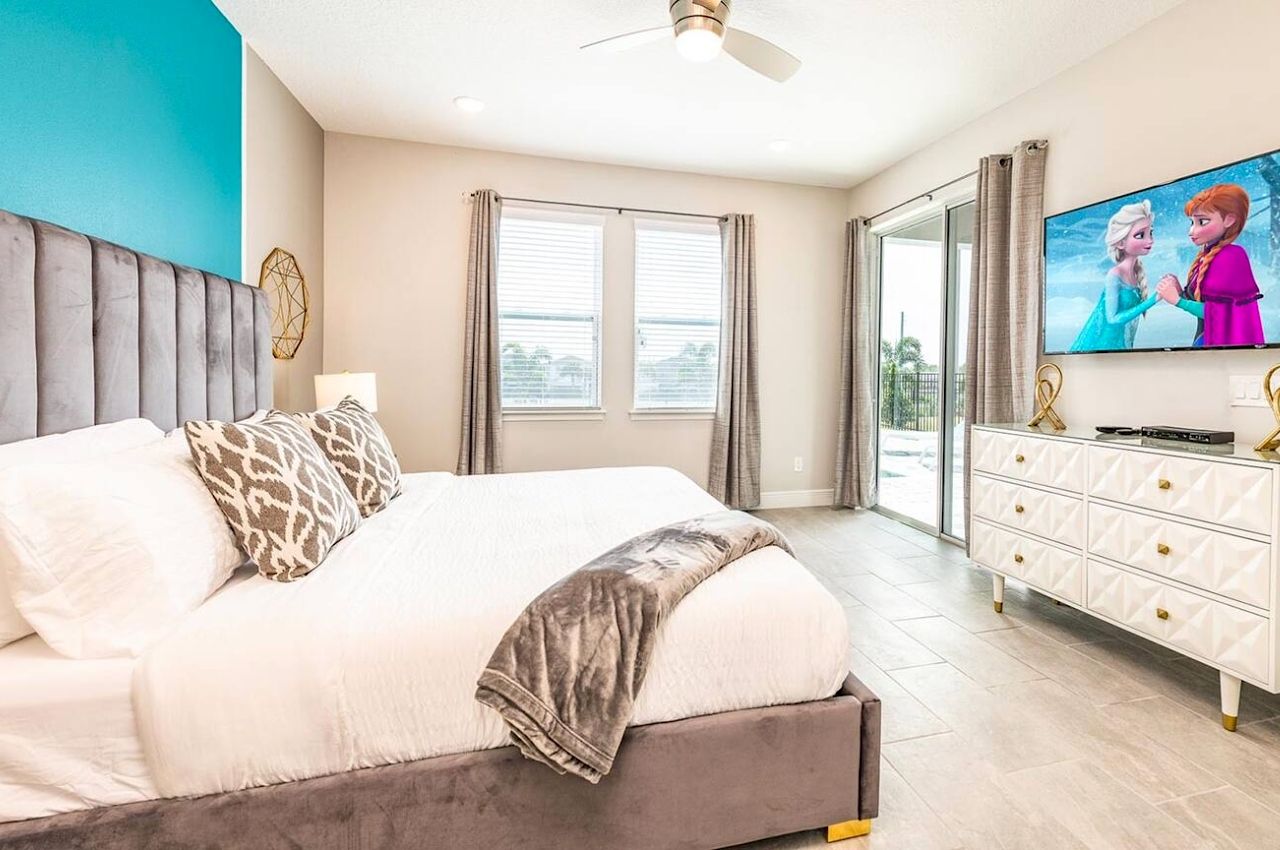 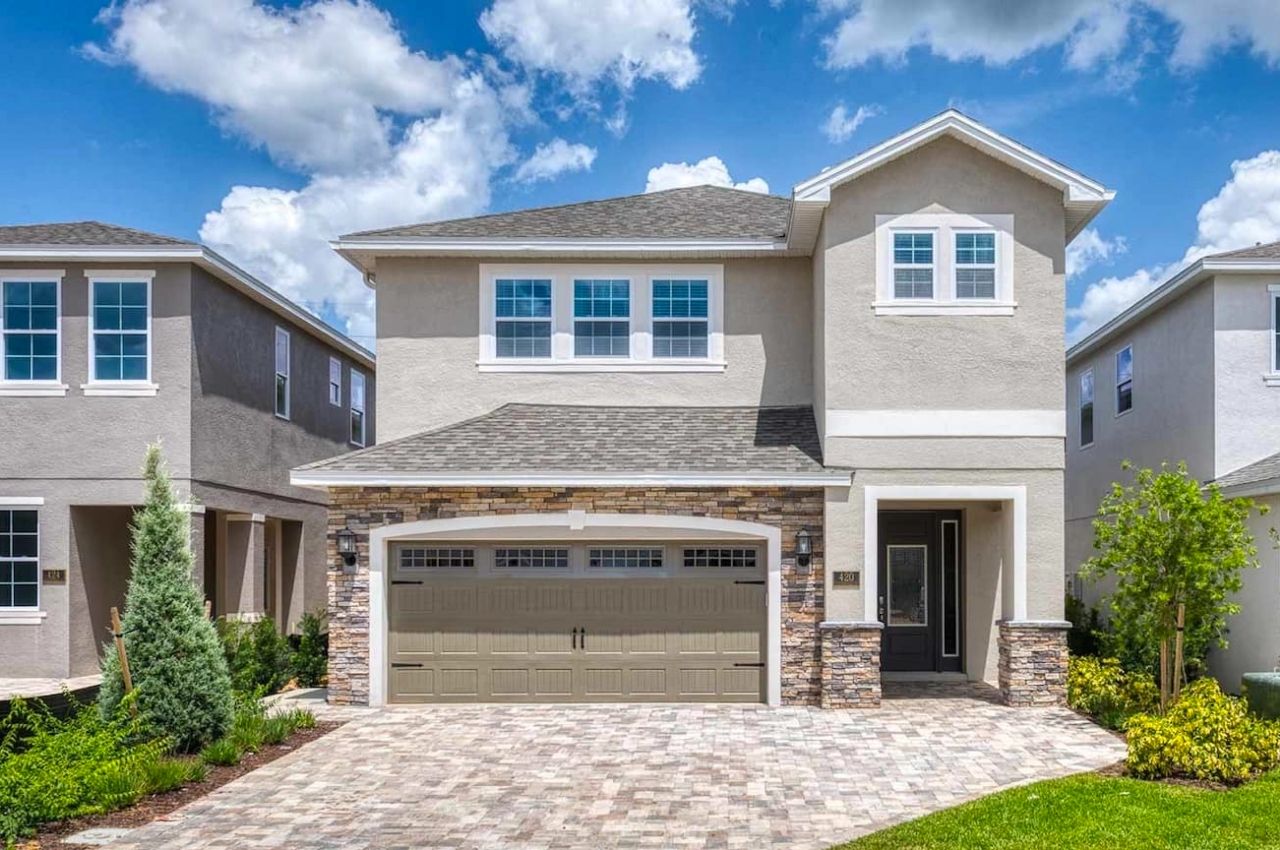 With five bedrooms sleeping up to 12 people, this house can comfortably accommodate the whole family. There’s a private swimming pool and spillover spa, a game room with ping pong and air hockey, and a home theater with a huge projection screen. Children will love this place, as the kid’s room has a galactic theme with two sets of bunk beds and a PS4 game console — if the game room wasn’t quite entertaining enough. 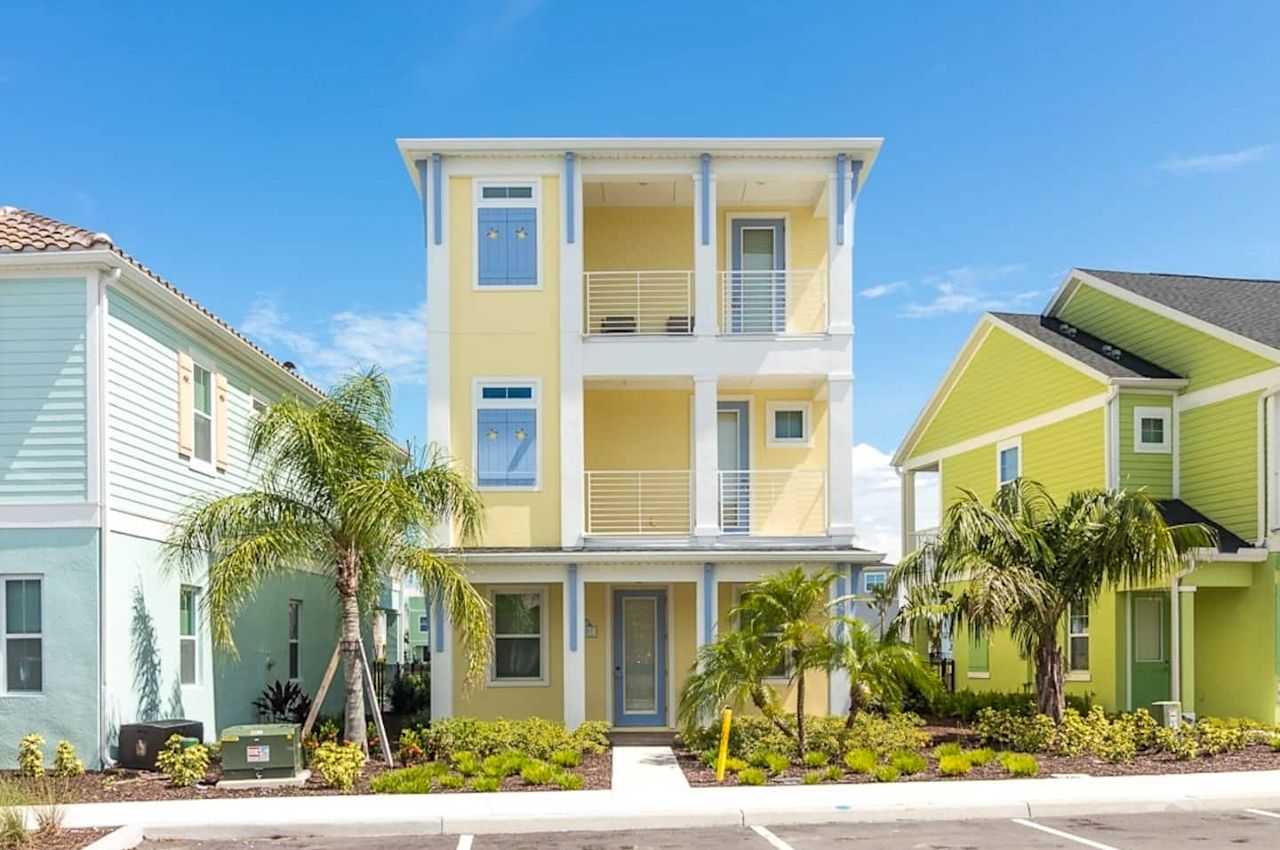 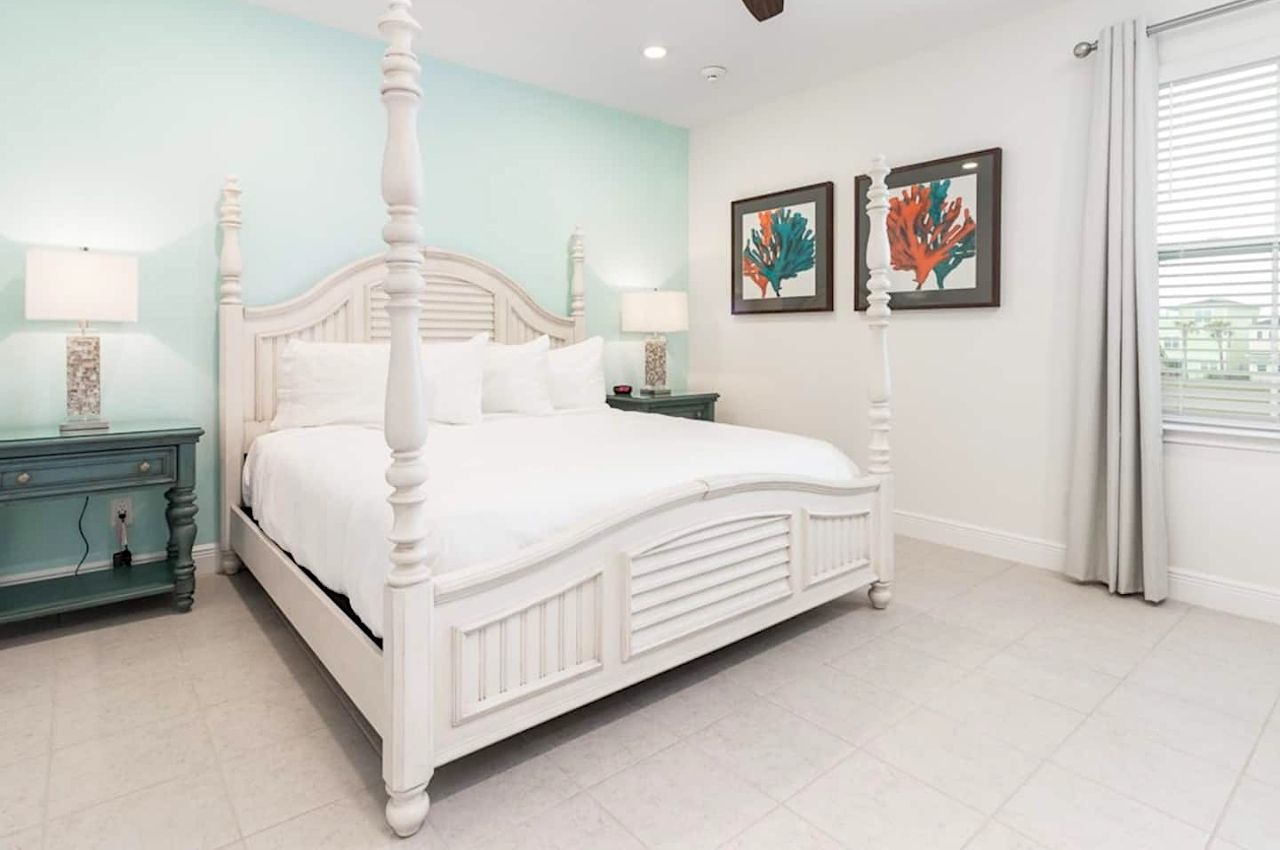 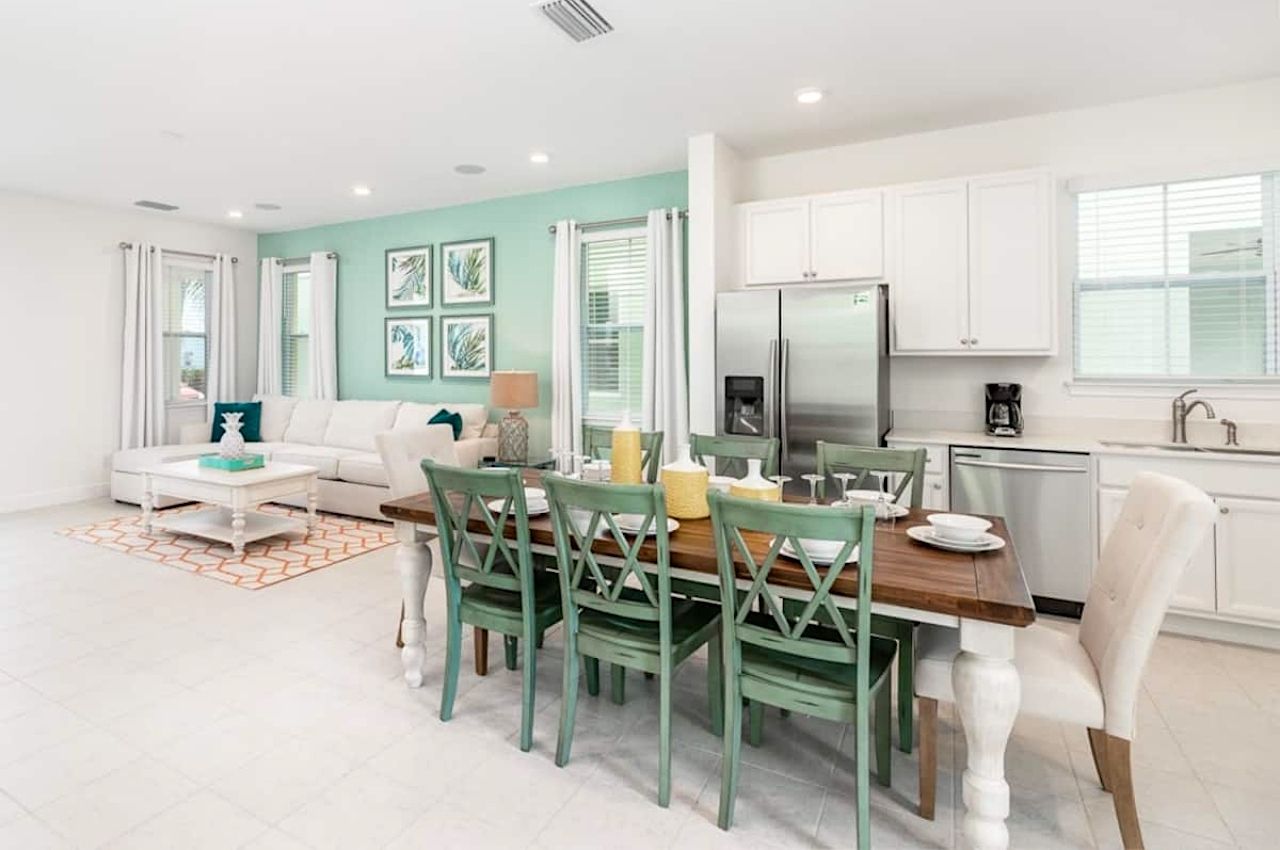 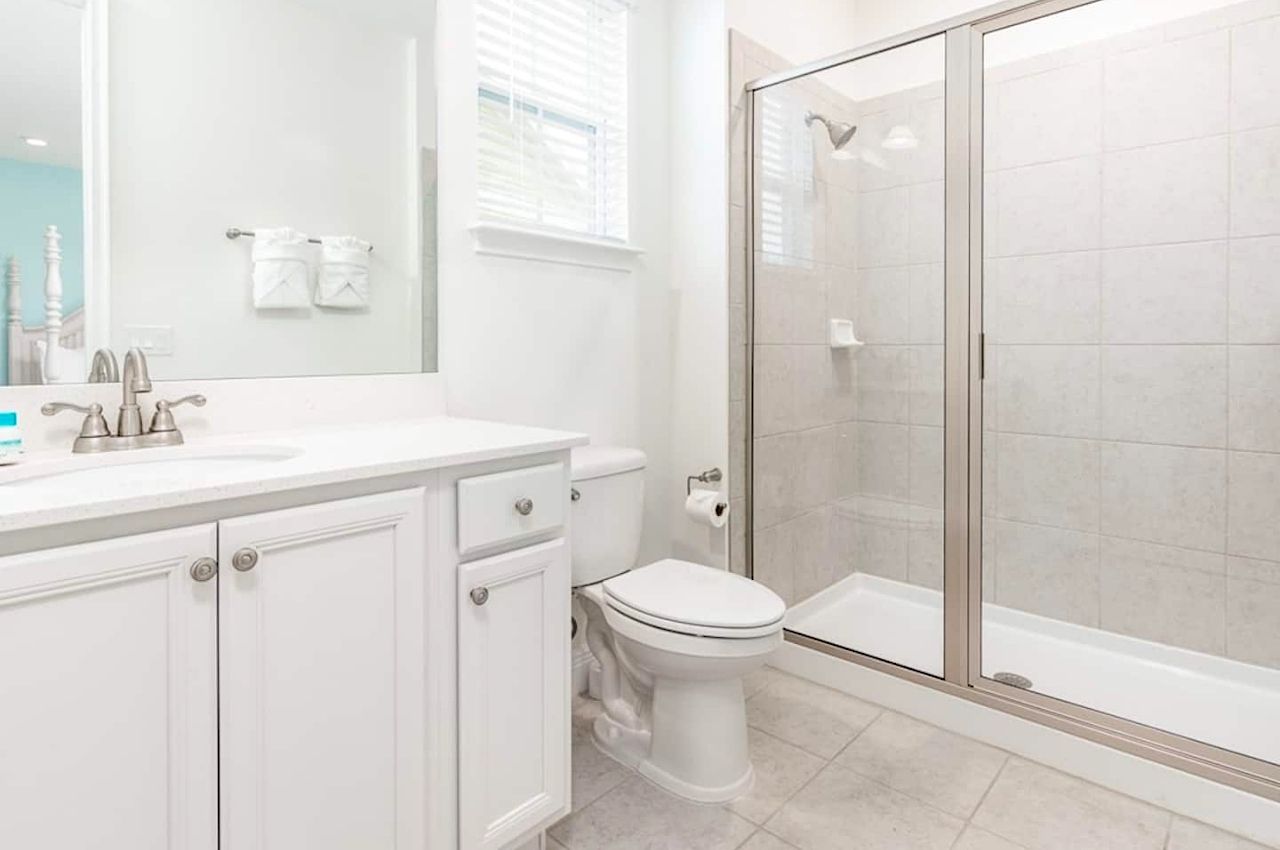 This four-bedroom cottage is equipped with a hot tub, heated private pool, and a second hot tub in one of the bedrooms for a bit more privacy. The cottage is located in a resort community just five minutes from Disney, and comes with complimentary access to the Island H2O Live!™ water park and Sunset Walk™. There’s also free transportation to Disney and Universal.

3. Villa with game room and theater 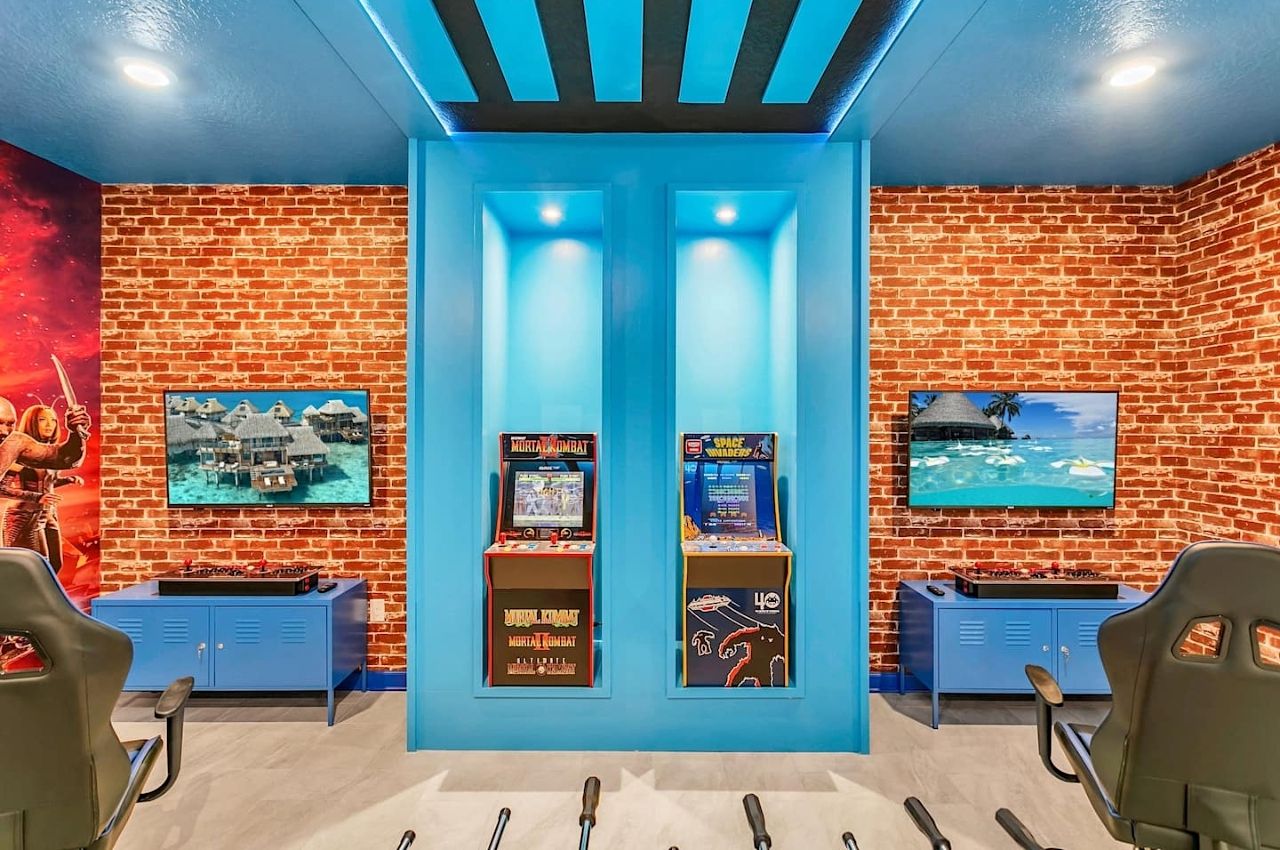 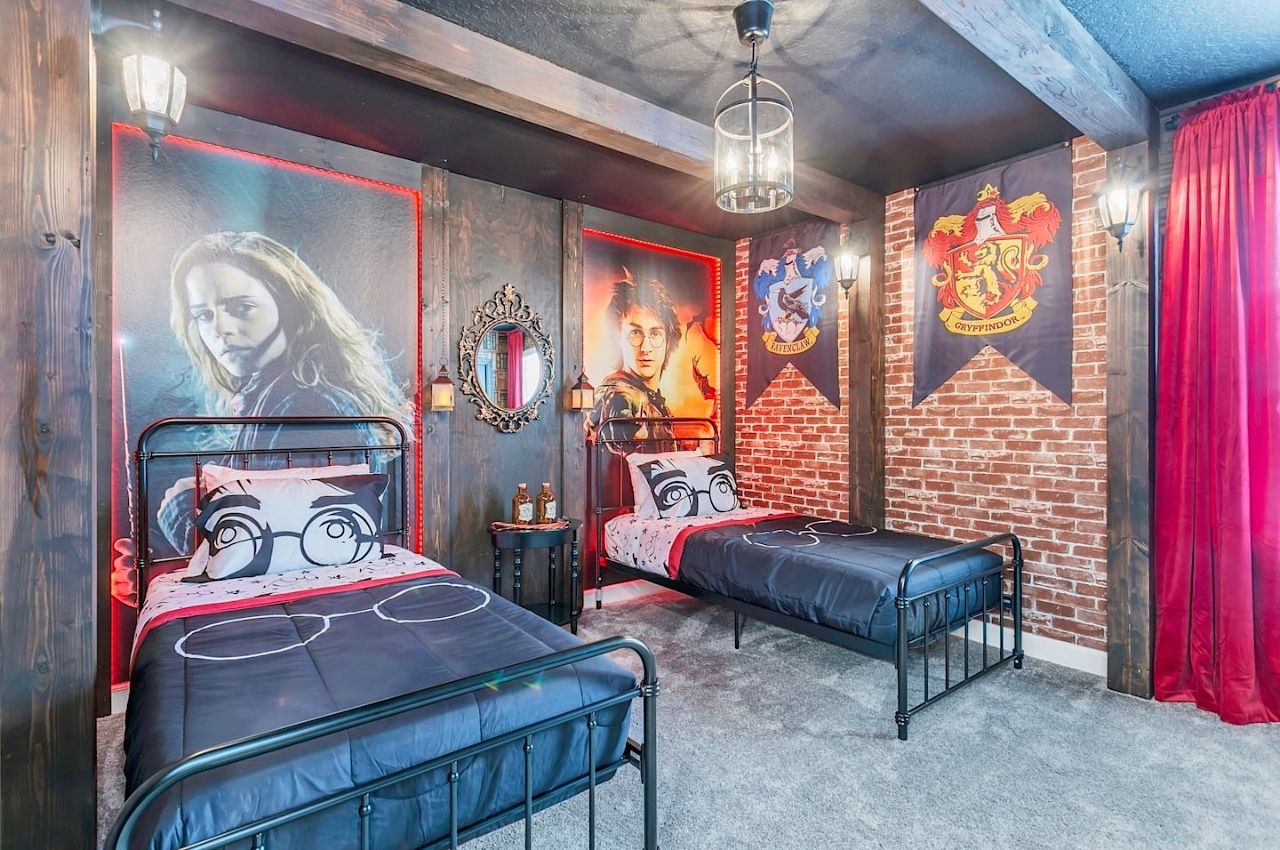 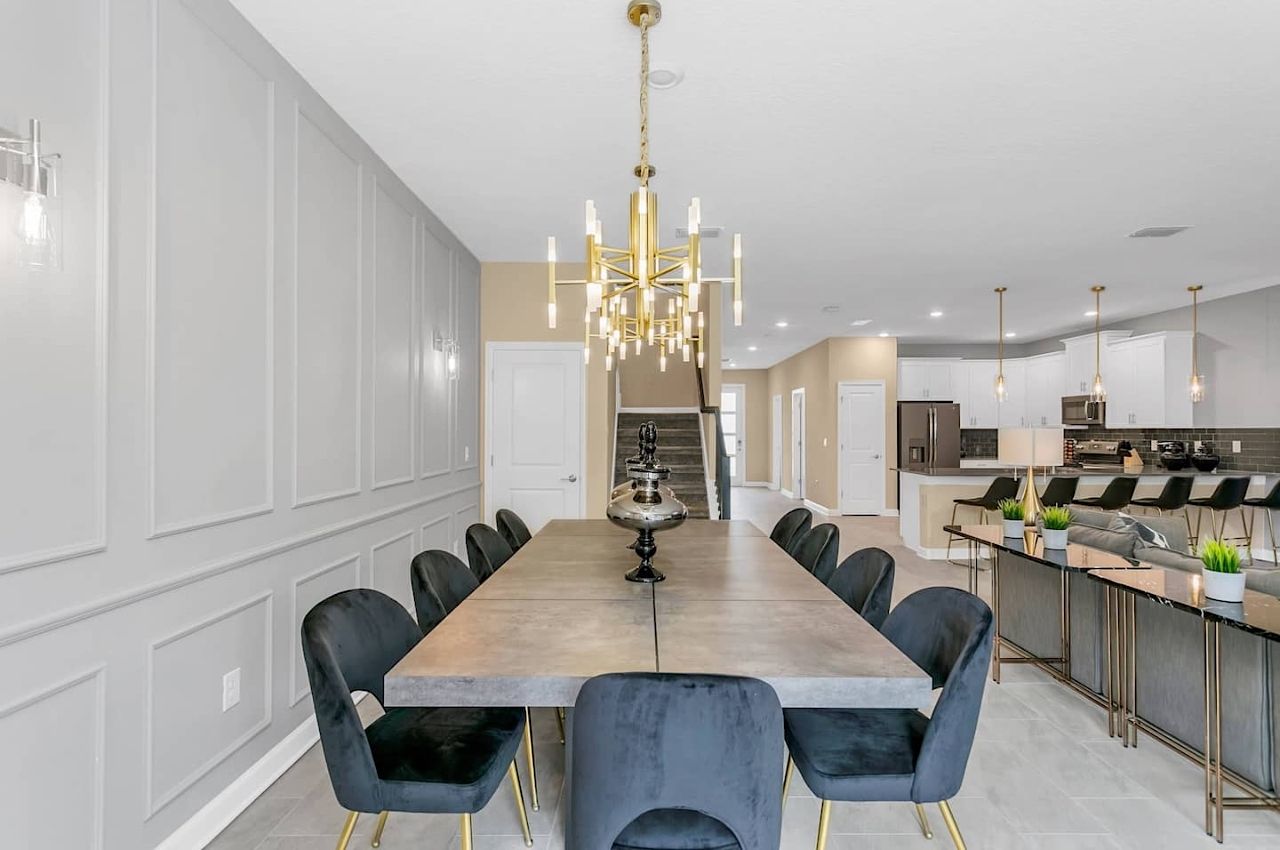 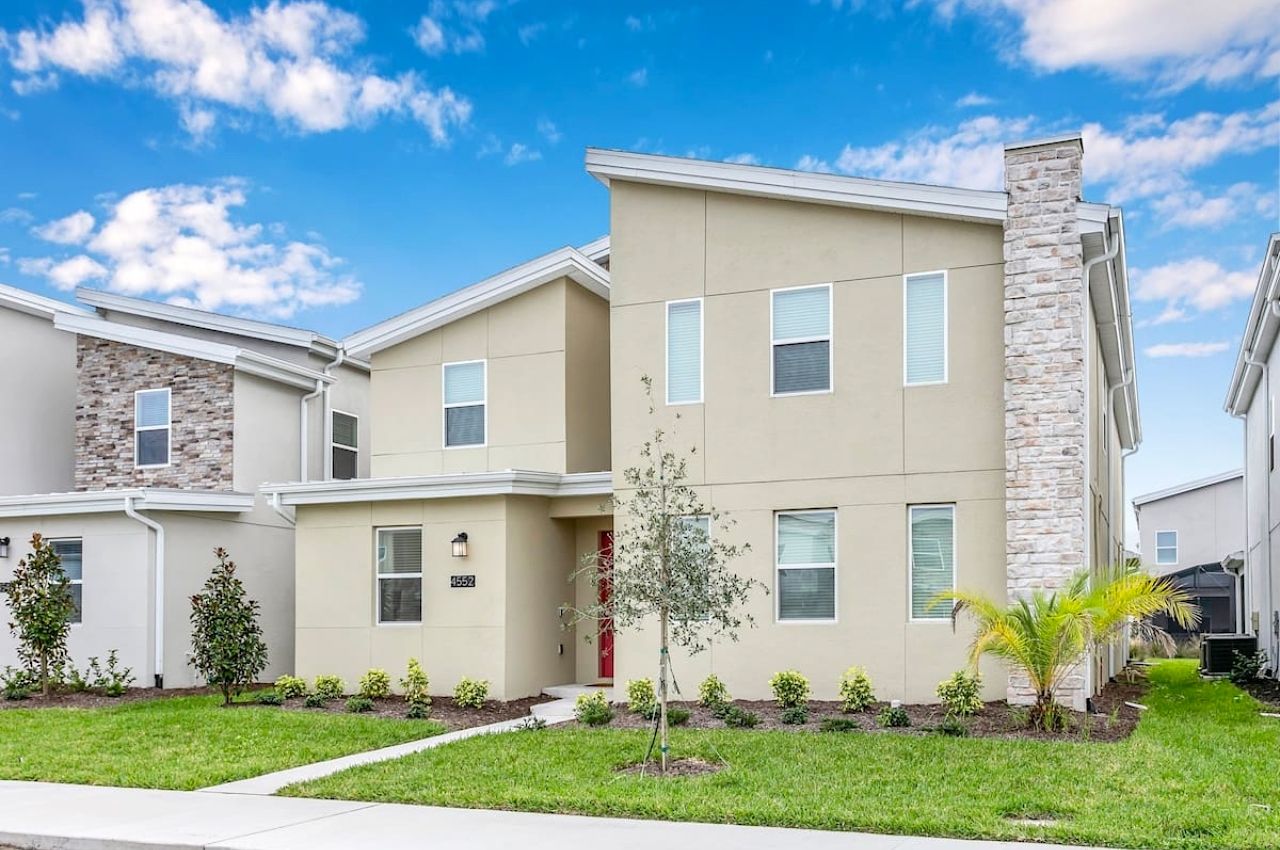 Just a few minutes away from Disney, Universal, and Sea World, this villa is equipped with a game room and private screened-in lanai with a heated pool. It’s located within the Storey Lake Resort, which has access to a tropical resort pool with a lazy river, mini-golf, a fitness center, tiki bar, and sand beach. Accommodating sixteen guests in nine bedrooms, there’s plenty of room for a large family or group of friends. 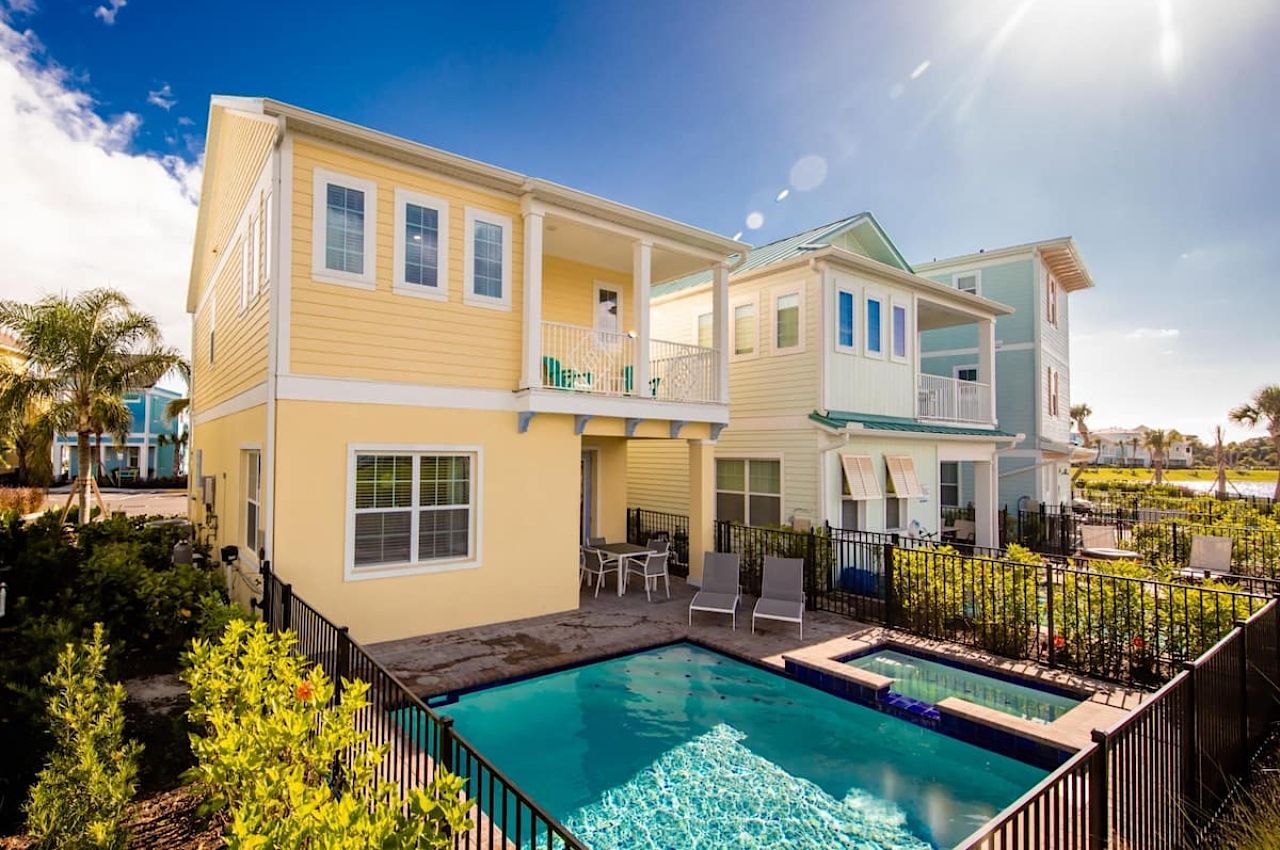 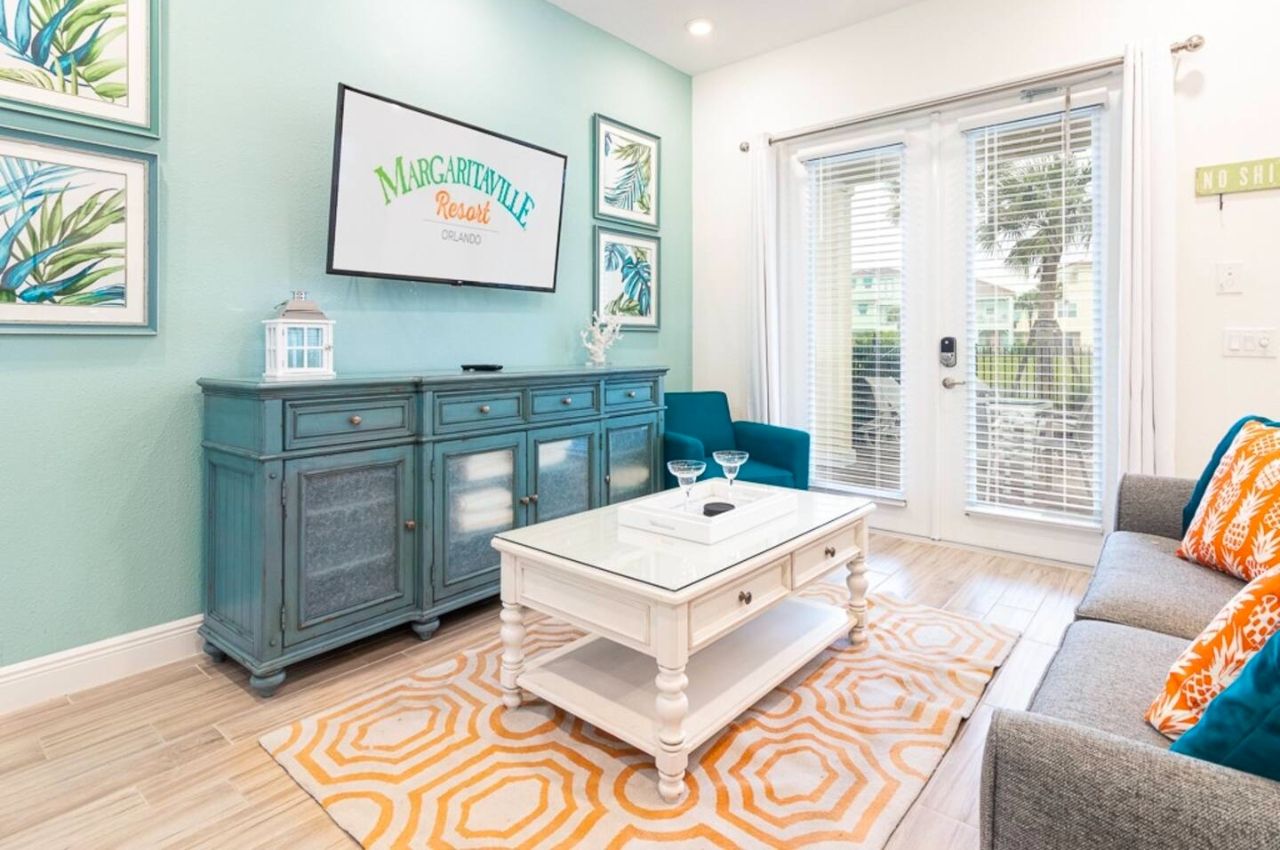 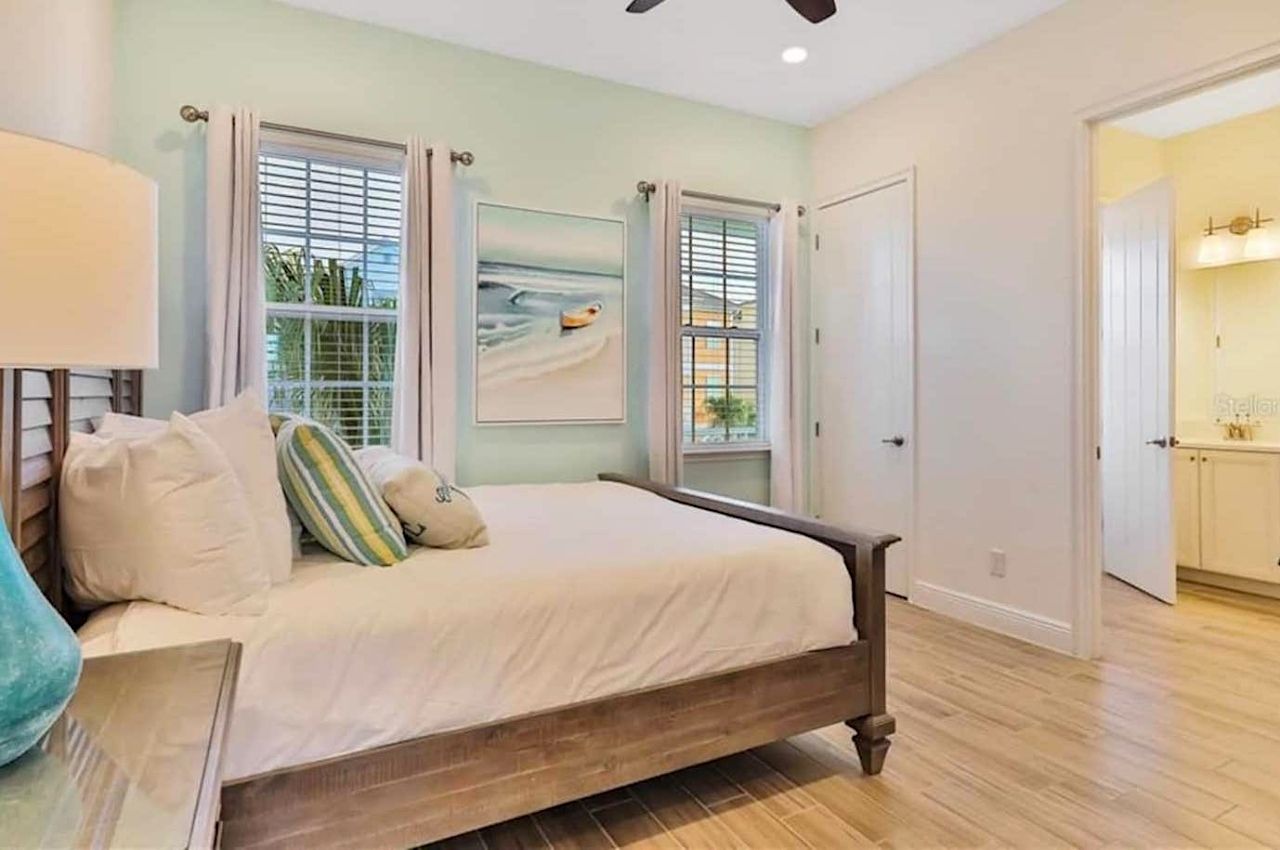 Just five minutes from Disney World, this cottage is located in the Margaritaville resort, which comes with access to a water park, pools, cabanas, spa, fitness center, and Kid’s Club. If you’d rather maintain your privacy, you also have your own pool and jacuzzi. Perhaps most enticing of all, you’ll have access to a sandy beach where you can soak up the sun after a full day visiting the Disney parks.

5. Disney-themed house for the whole family 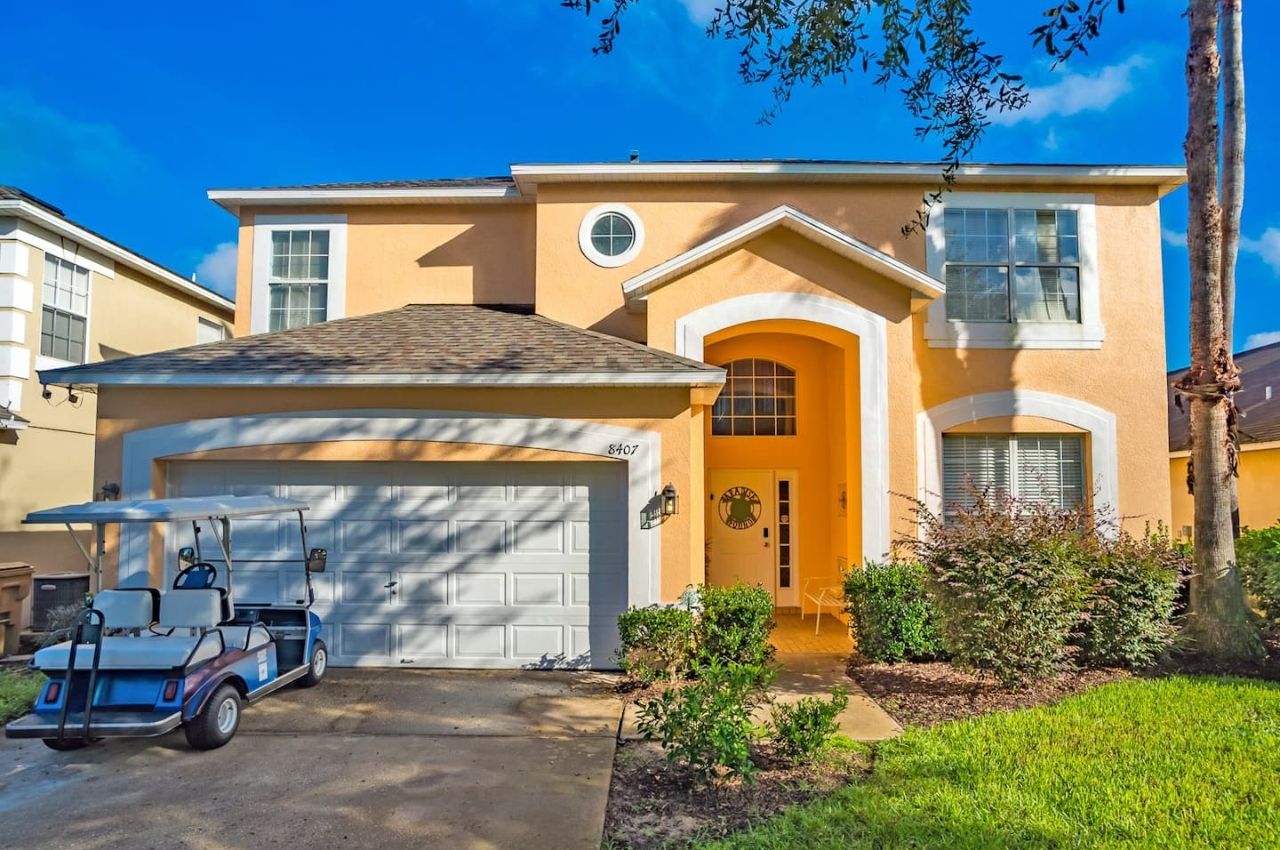 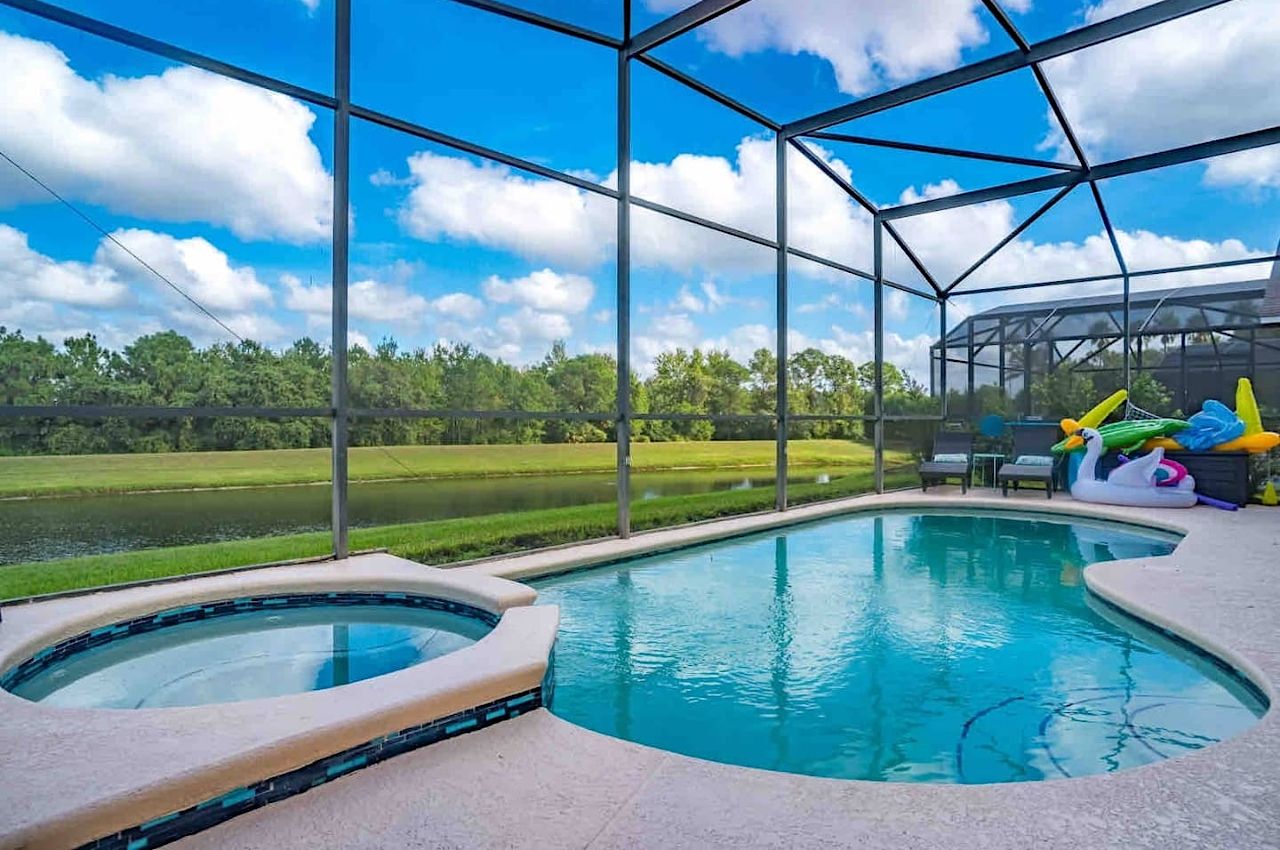 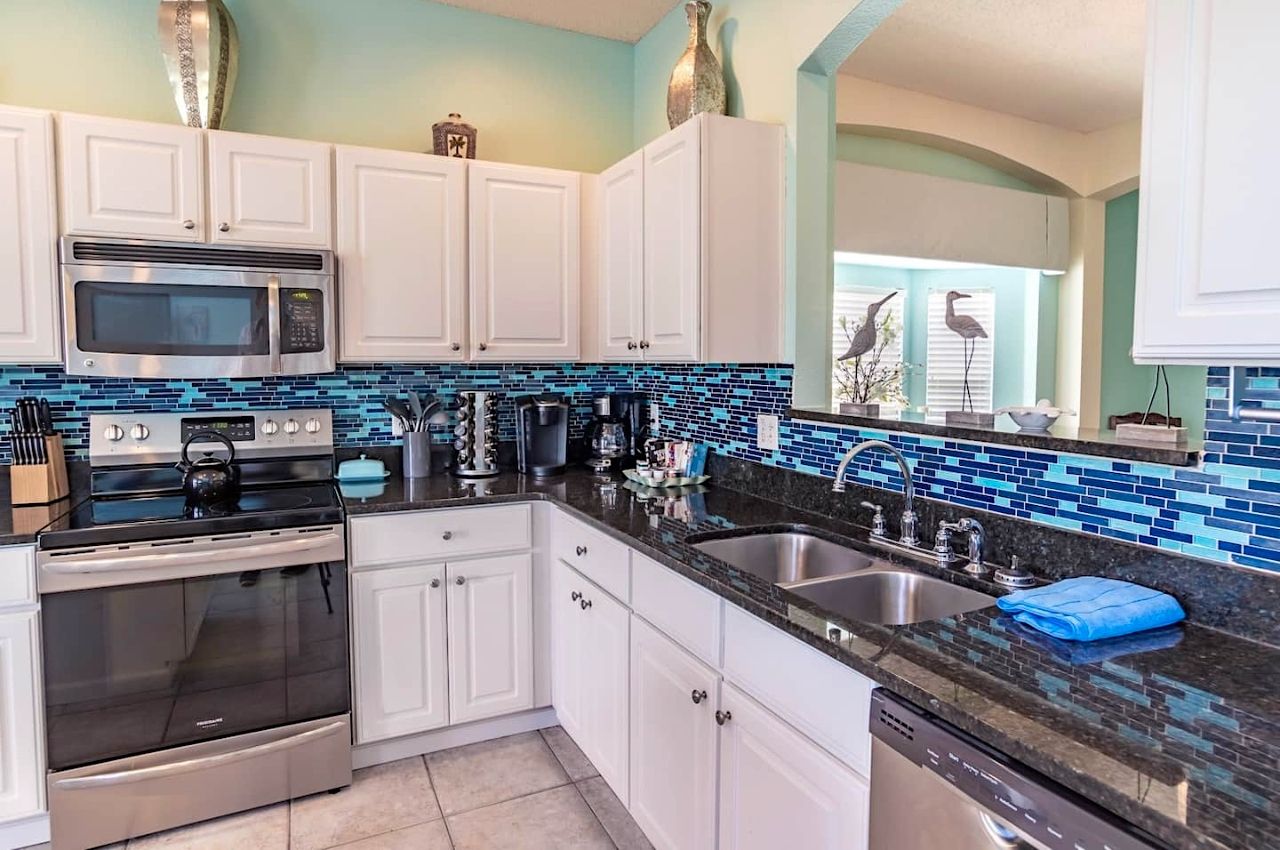 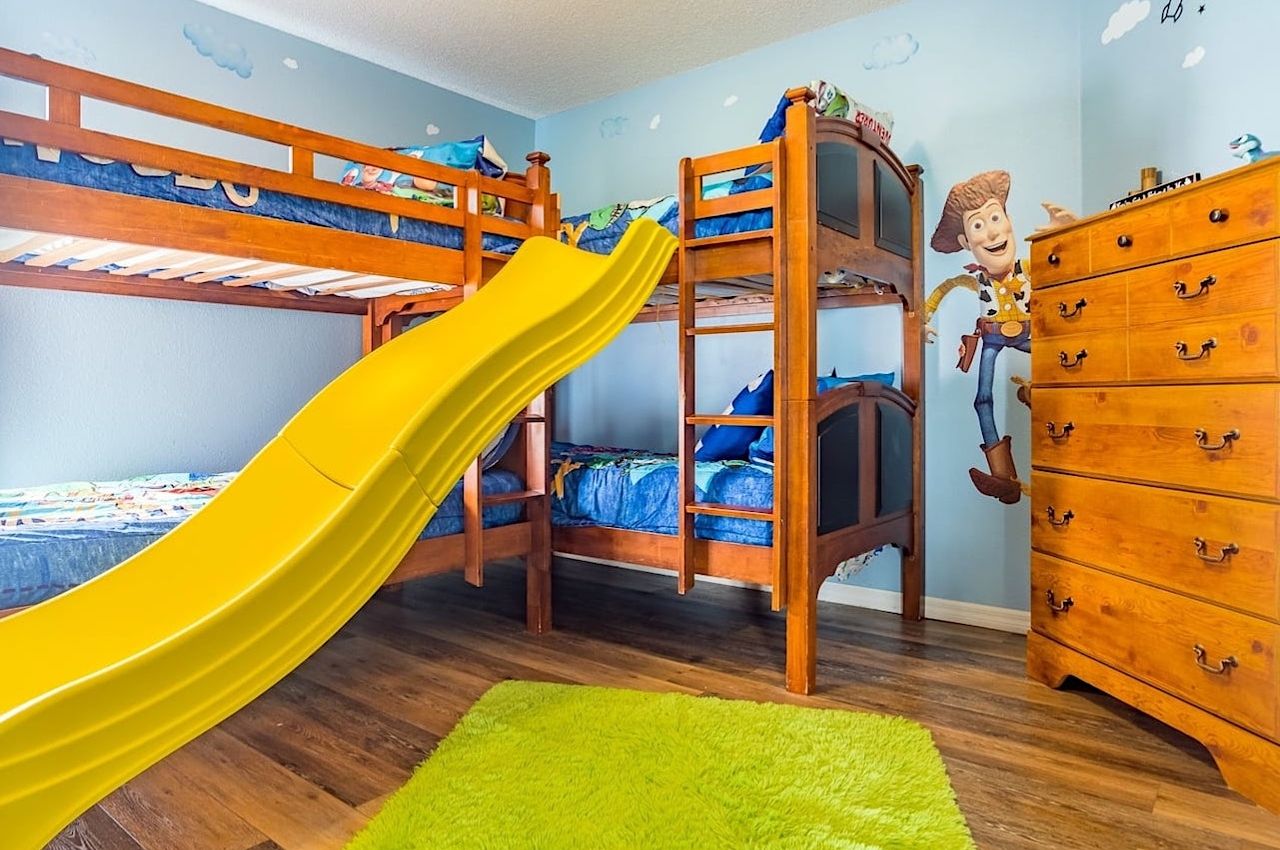 Staying in this eight-bedroom house is kind of like staying at one of Disney’s own resorts. Its rooms are decked out in Frozen, Beauty and the Beast, Toy Story, and Harry Potter aesthetics, so even when you leave the park — you haven’t really left the magic behind. The Harry Potter-themed game room has a 75” smart TV, while the outside pool and lanai have views of Disney’s fireworks on clear nights. A golf cart will even be provided for you to more easily explore the Emerald Island Resort’s amenities, including a sauna, gym, sand volleyball, tennis courts, and nature trail. 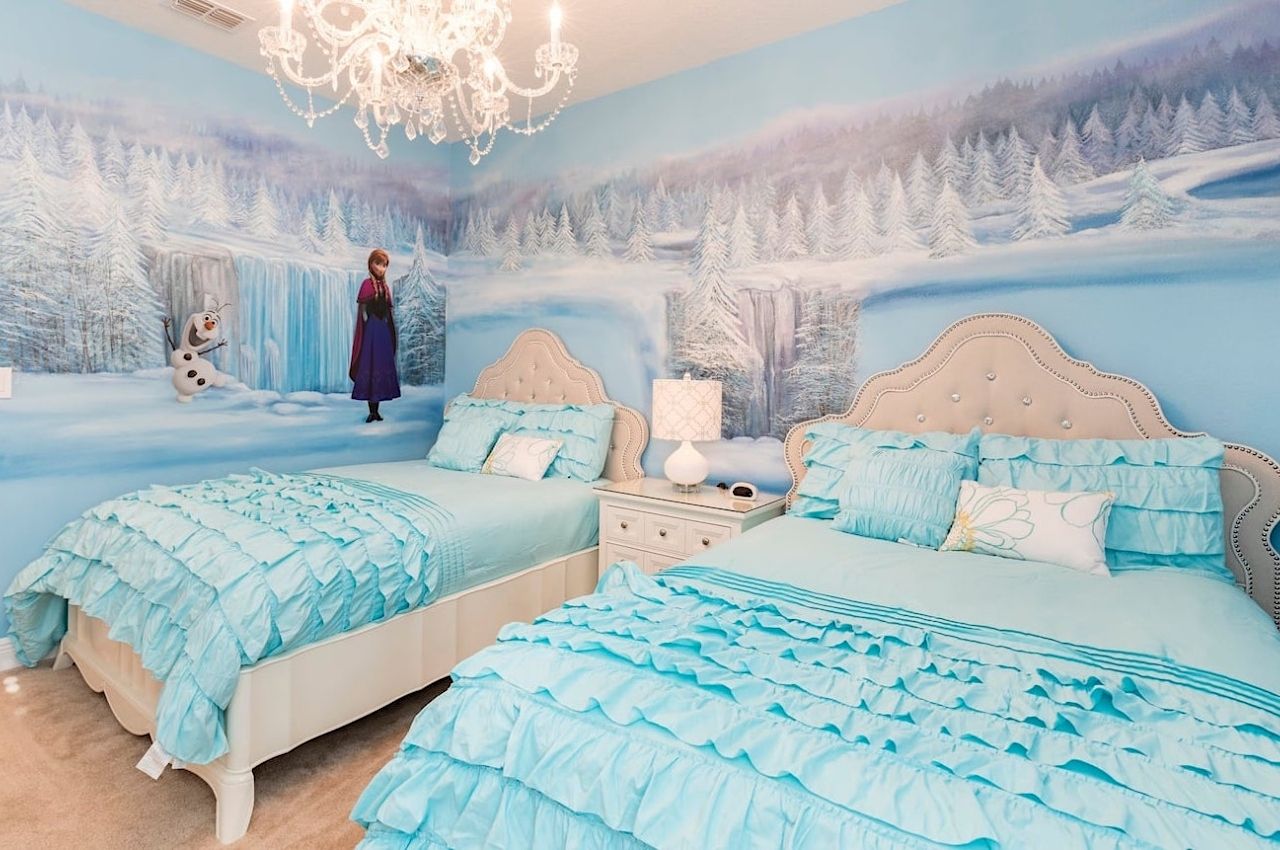 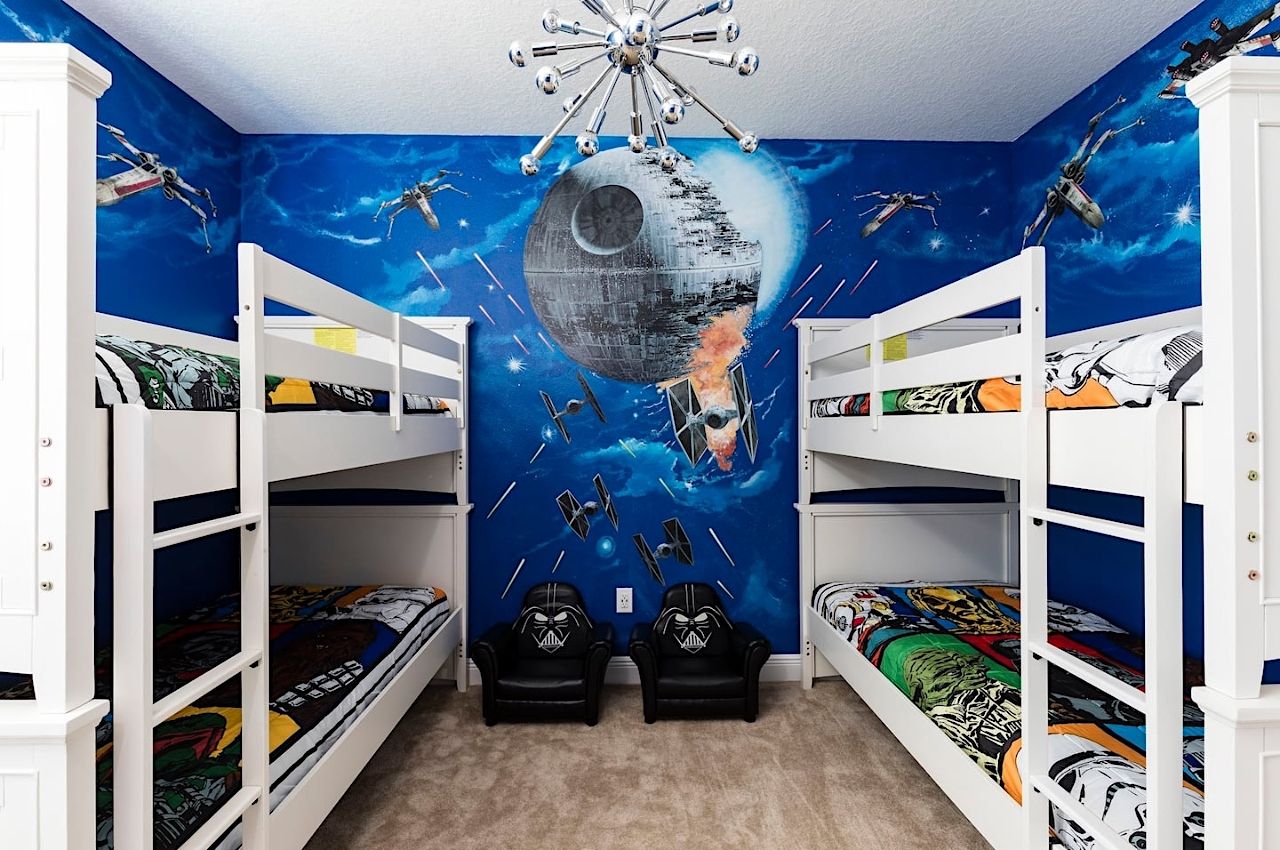 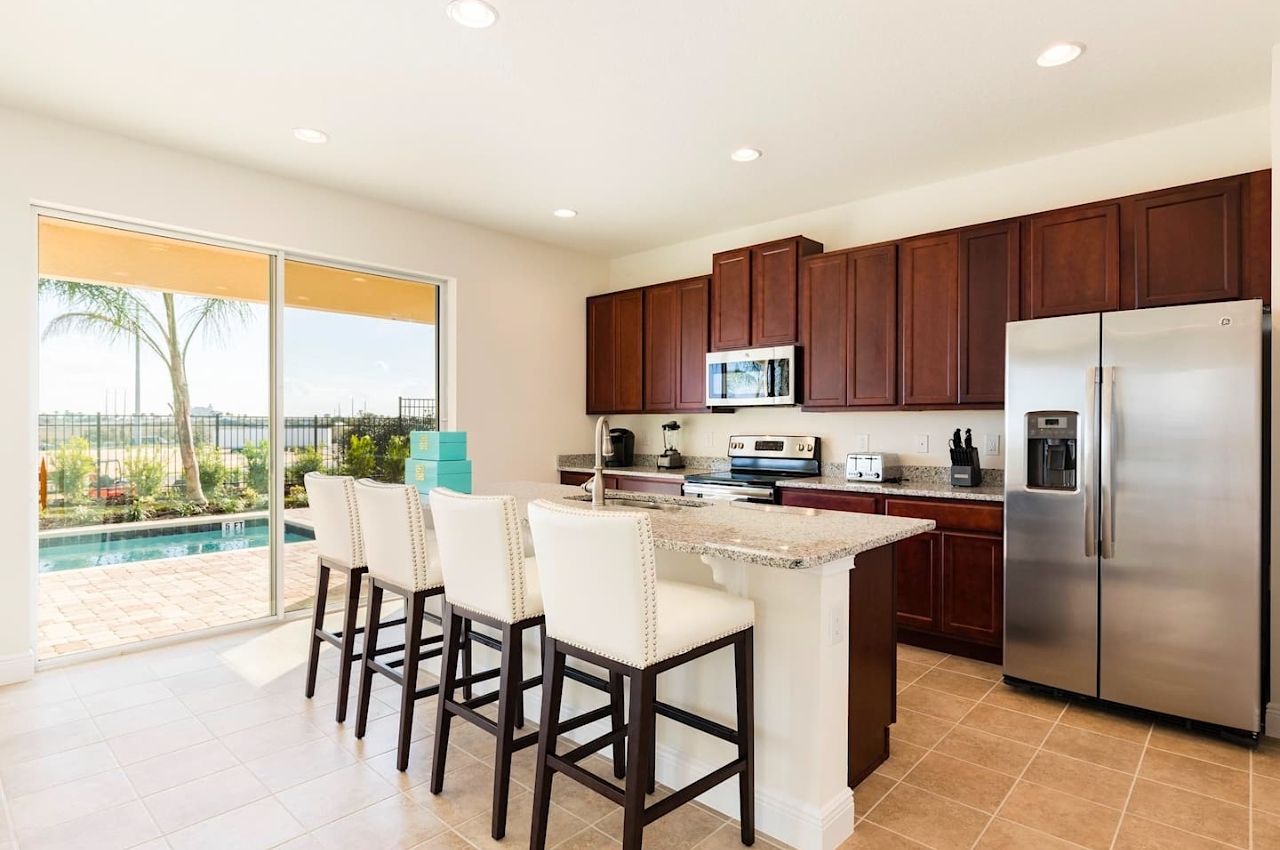 If your little one is obsessed with Frozen, look no further. This six-bedroom house has a bedroom that looks like it was lifted straight from the Frozen film, with huge wallpaper depicting Elsa standing in a sprawling tundra. There’s also a Star Wars-themed room with double bunk beds, for children who might not be quite as Frozen inclined. It also has a private pool, a TV in every room, and access to a resort with a water park and free Disney shuttles. 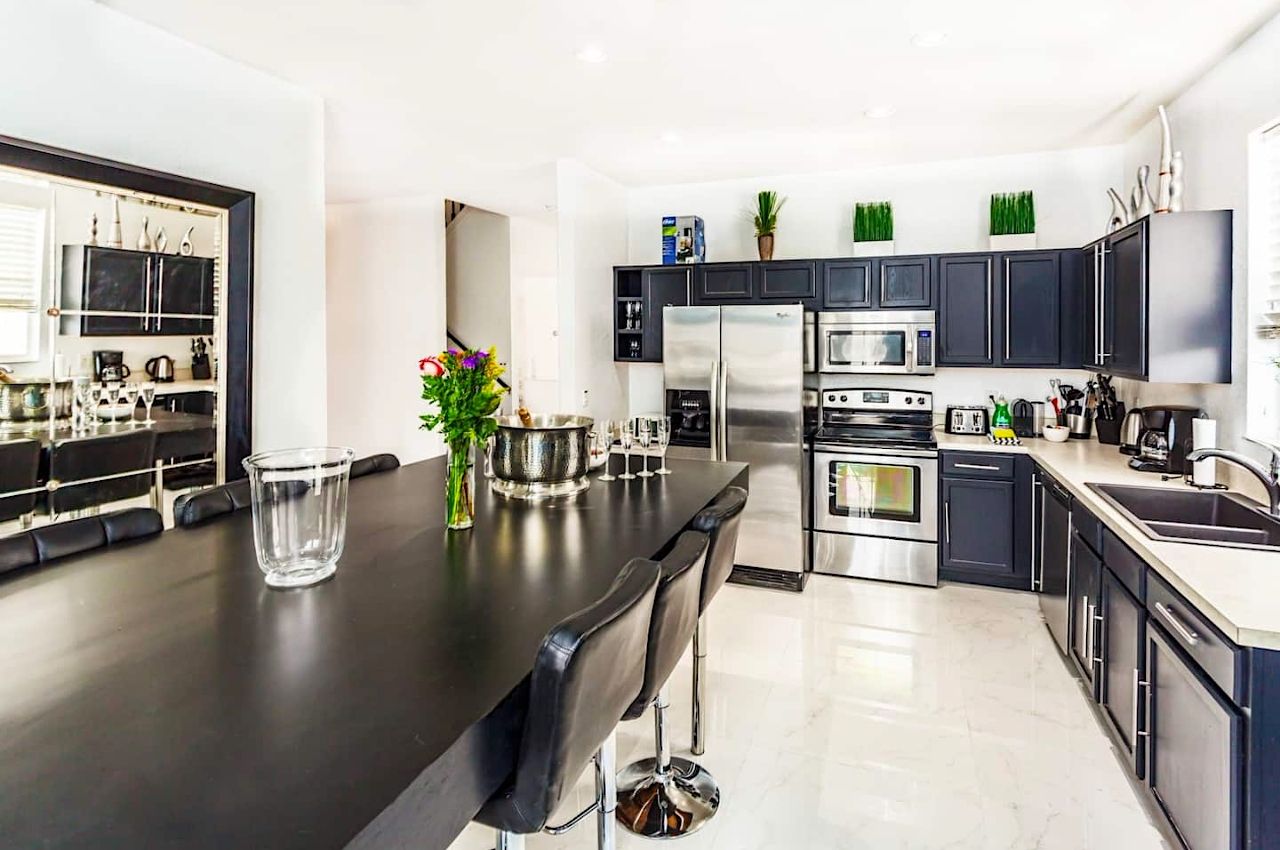 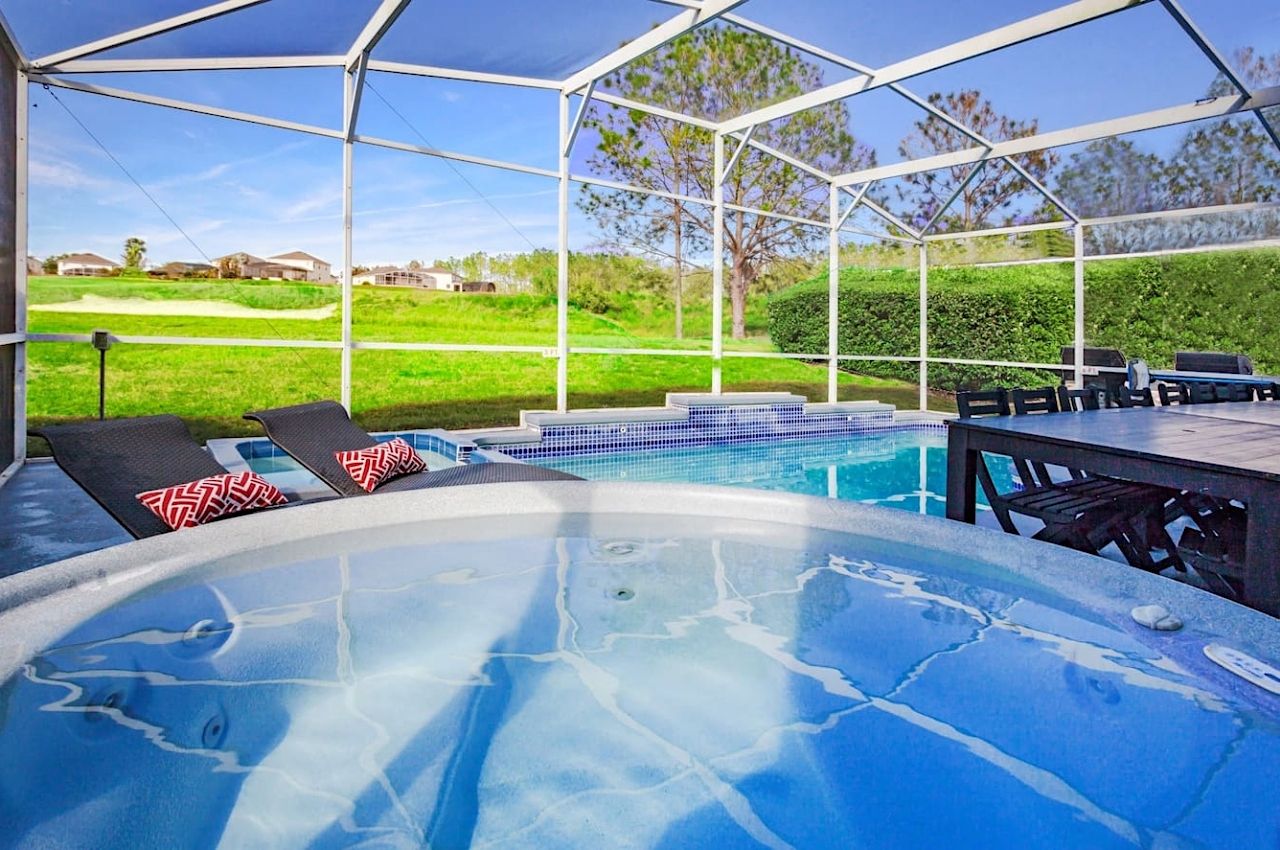 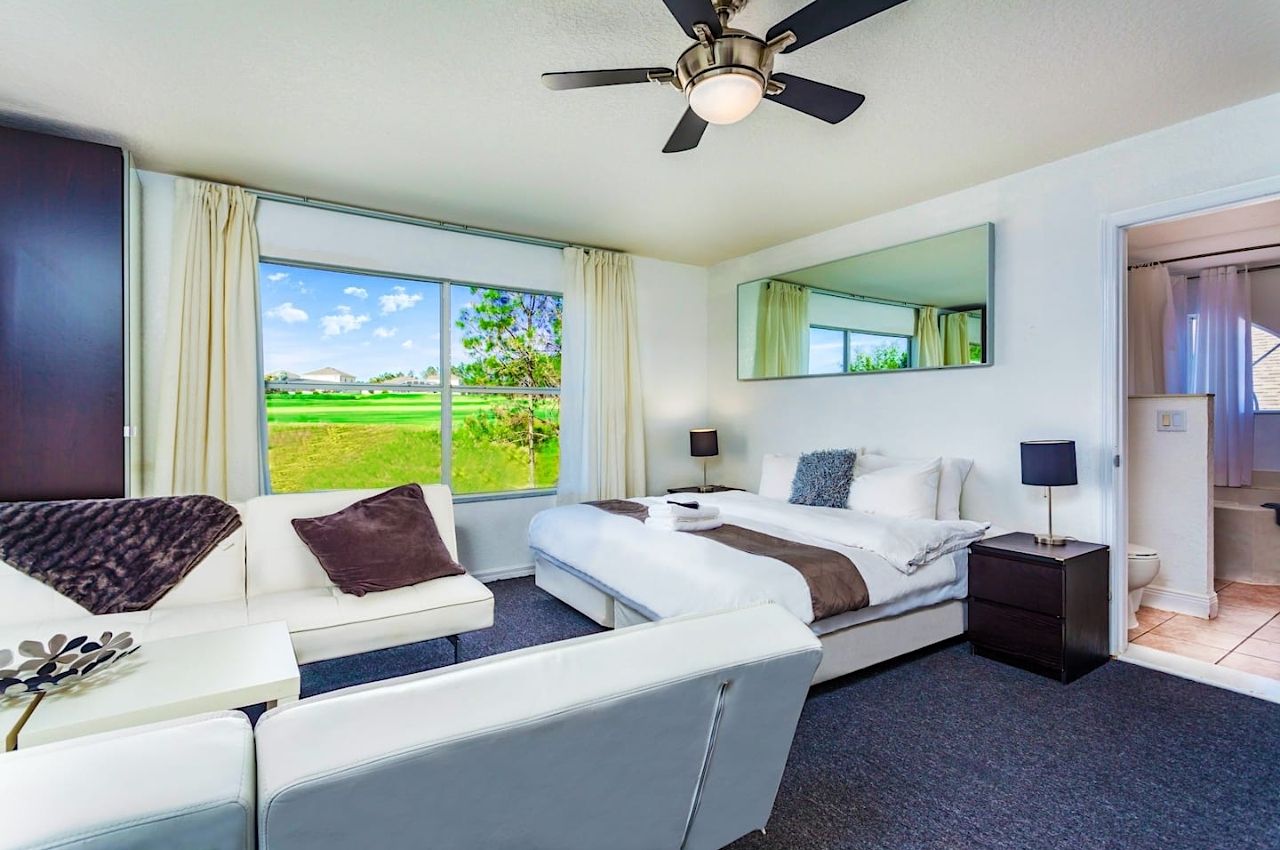 This upscale house mixes luxurious mansion vibes with a chill, relaxed atmosphere. The house has 11 bedrooms, a den, five bathrooms, a dining room that seats 16 people, and an outside dining area with two BBQ grills that seats up to 24. There’s also a private pool overlooking a golf course. Located in the Highlands Reserve Golf & Tennis Resort, the property also gives guests access to the communal tennis courts, clubhouse, and an Olympic-sized swimming pool.

8. House with private arcade and theater 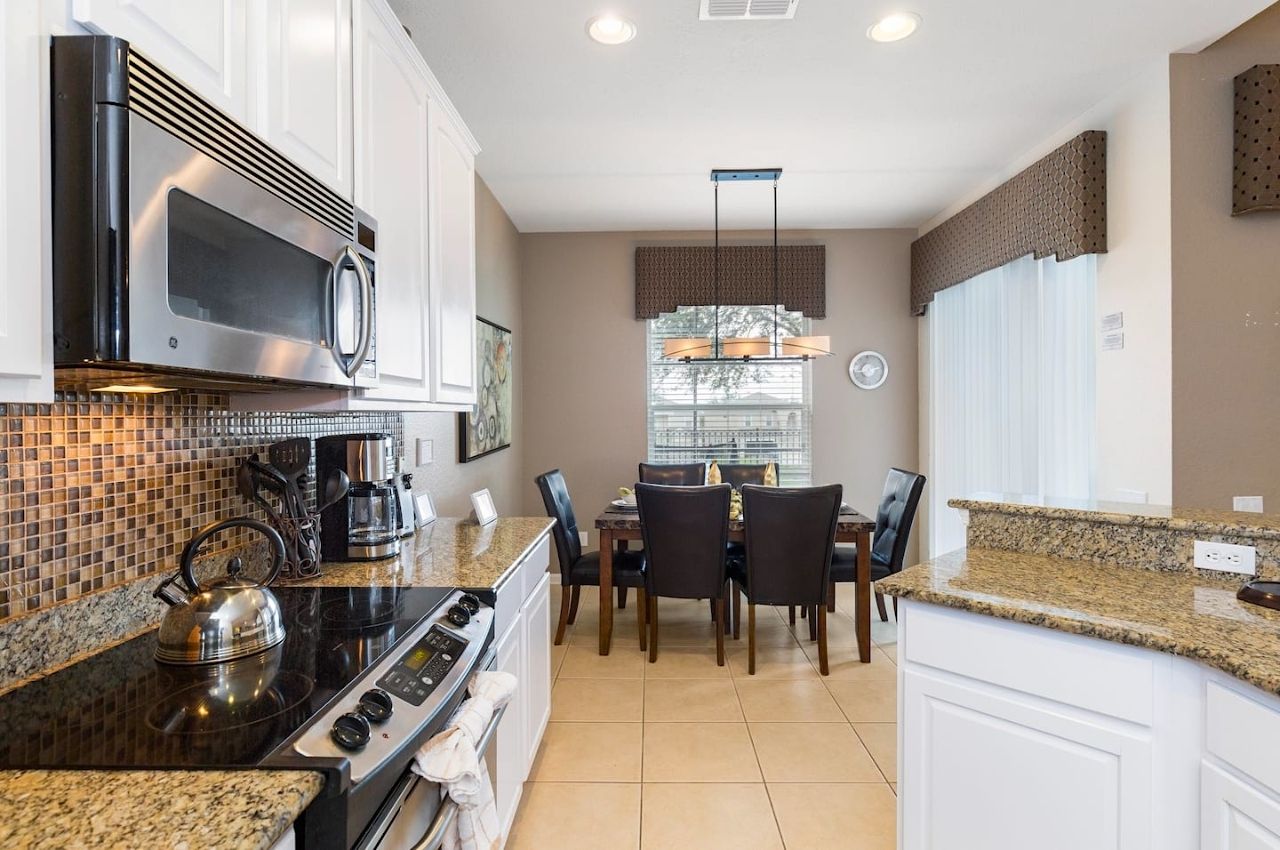 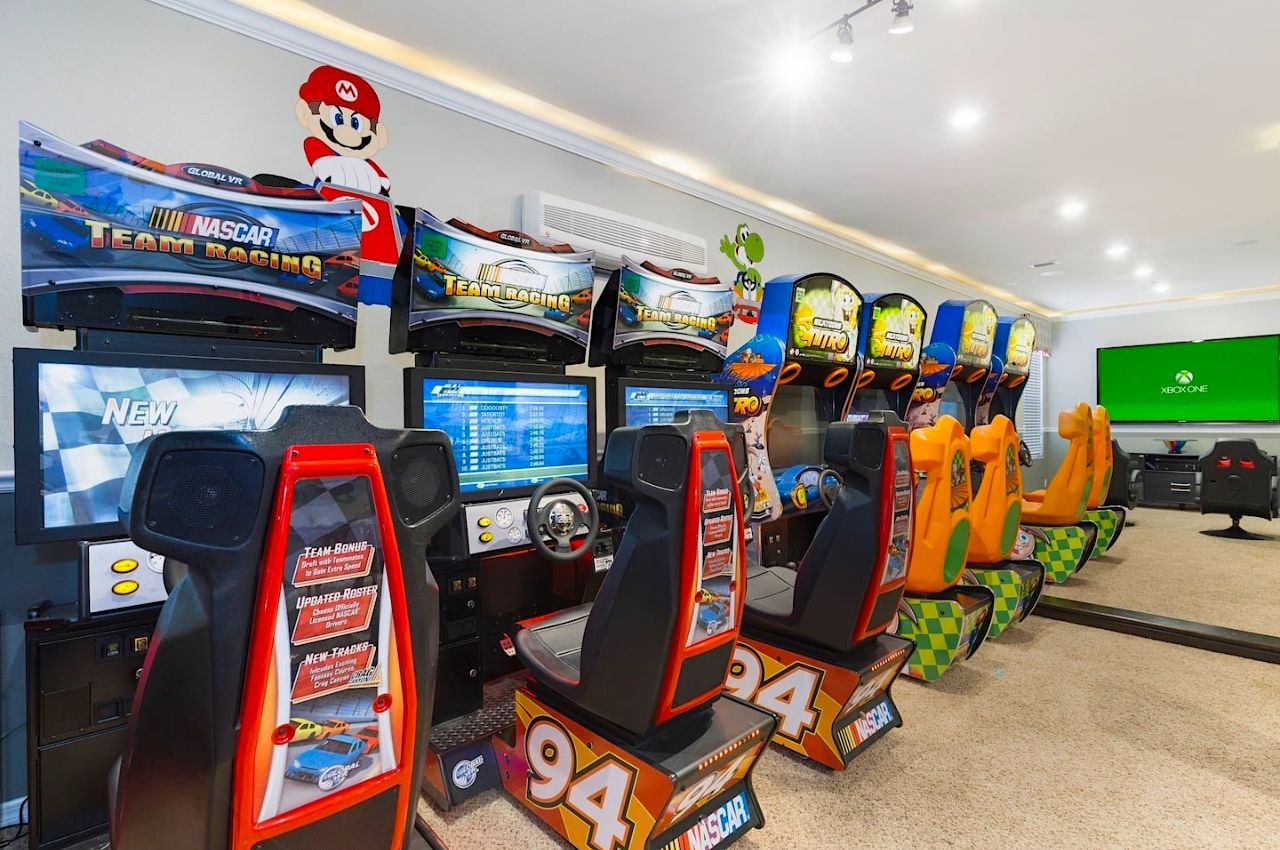 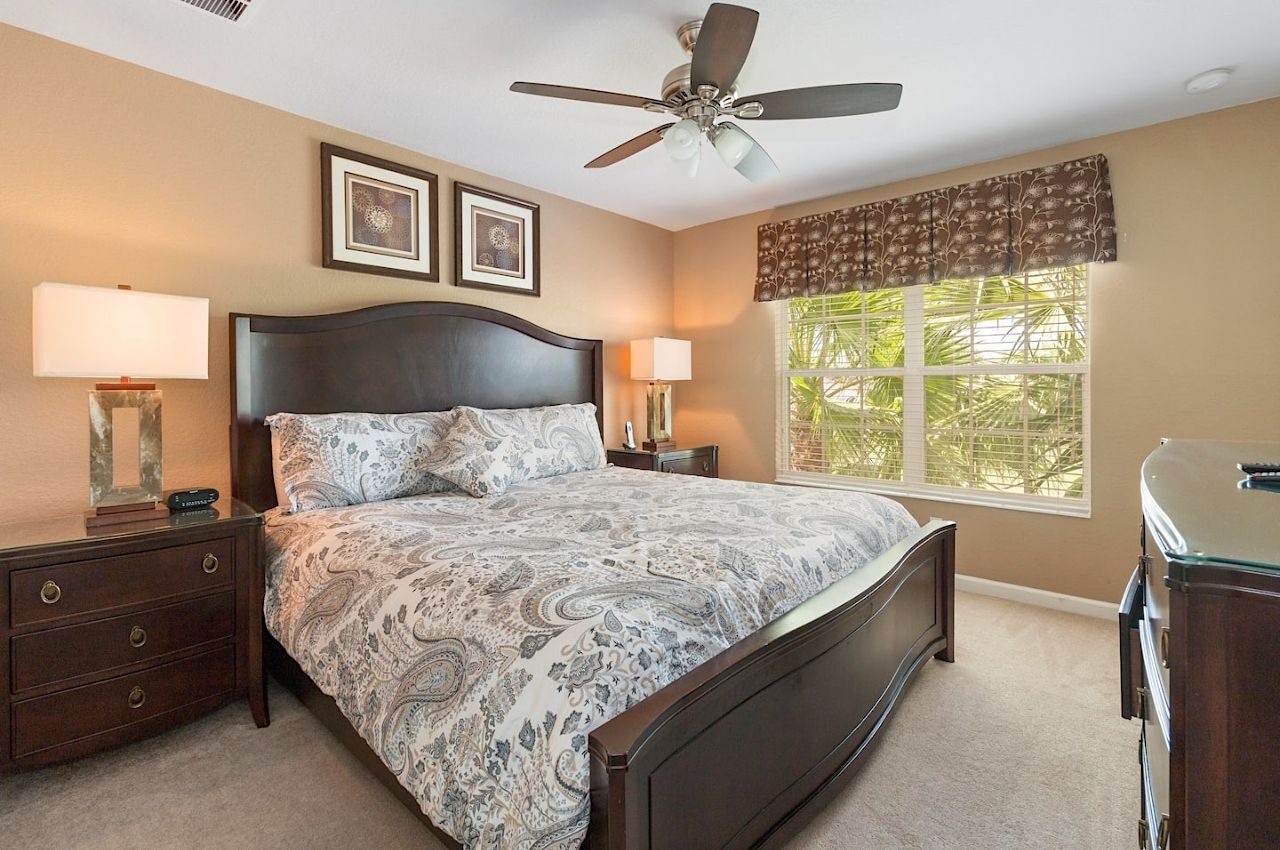 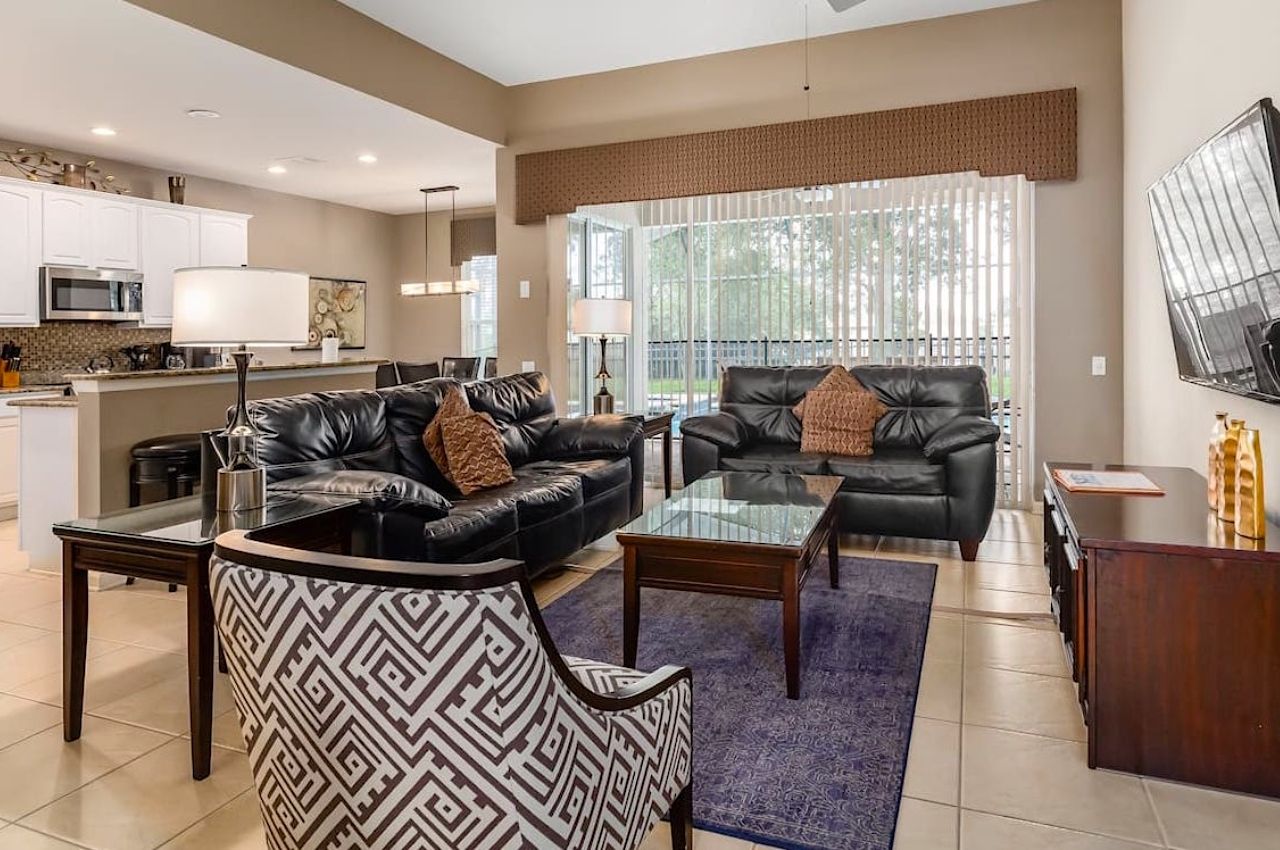 Bring the kids to this house, and they might not want to leave. It has a full arcade room featuring Pump It Up dance, Spongebob Racing, Pac-Man, and an Xbox 360 and PS4. There’s also a private home theater and lanai with a pool and hot tub, and a massage chair in one of the bedrooms. If you’re looking for Airbnbs near Disney World, it doesn’t get more convenient than this — the house is located in the popular Windsor Hills Resort community, just two miles from the entrance to Disney.

MoviesWhere To Travel According To Your Favorite Disney Princess
Tagged
Epic Stays Florida, United States Orlando, FL, United States
What did you think of this story?
Meh
Good
Awesome