Los Angeles is known for its abundance of food options but the city’s black food scene is something to revel in, too. Many of LA’s black-owned food spots have roots in the deep South. Due to migration and a lack of soul food restaurants in Southern California, many of the restaurateurs on this list set out to serve the familiar flavors of their childhoods.

While LA is not one of the country’s predominantly black cities, the West Coast hub has a variety of black-owned restaurants to dive into. If you’re headed to LA, consider planning your trip around the annual Black Restaurant Week, which celebrates the flavors of African-American, African, and Caribbean cuisines. If you’re visiting outside of this week and are in need of some tradition, community, and very good food, here are six of the best black-owned restaurants in the LA area. 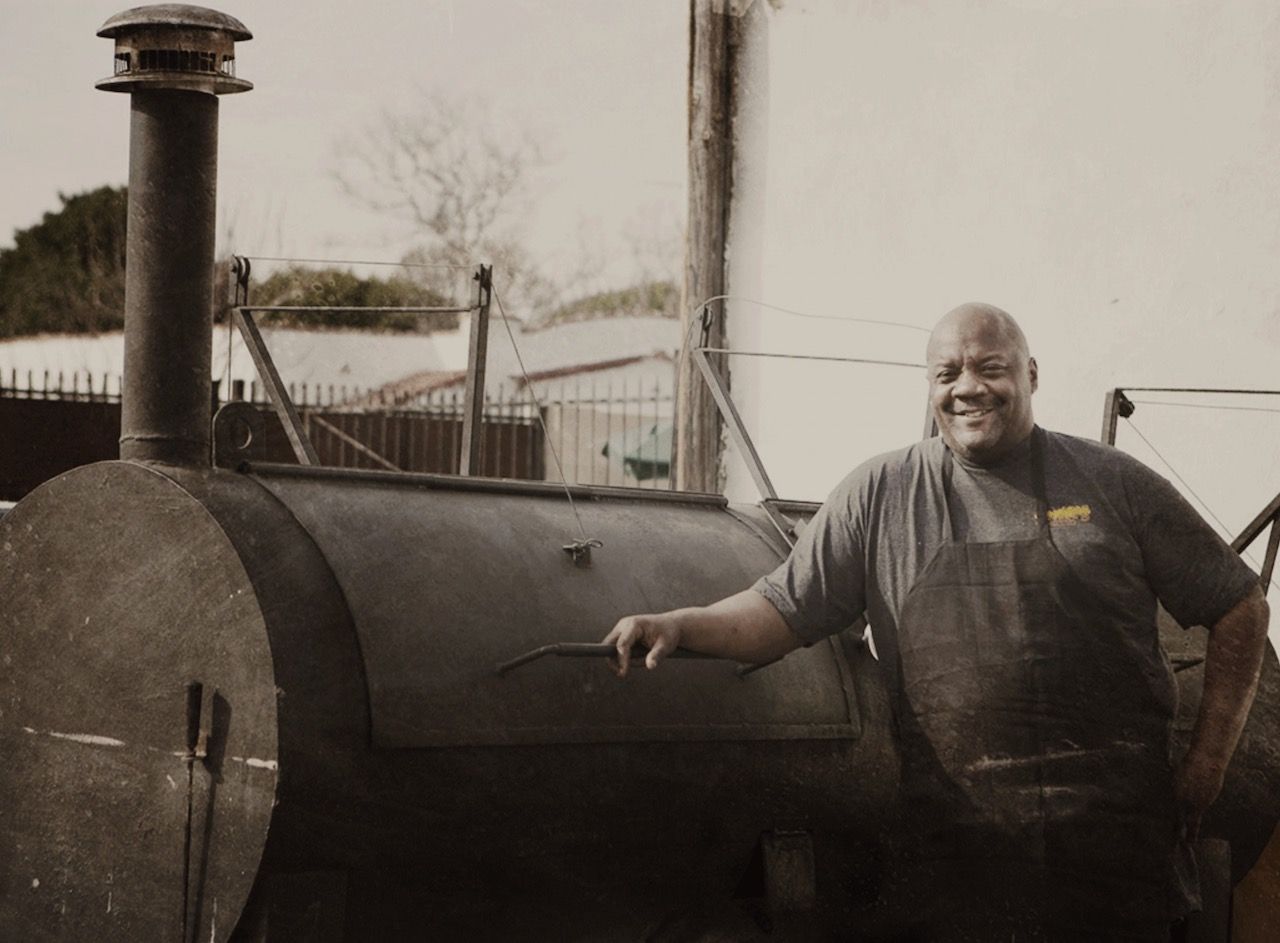 Born in California, but with family ties in Corsicana, Texas, chef Kevin opened Bludso’s Bar & Que in 2008 in the heart of Compton. His roots can be traced back five generations to Texas. With the popular LA restaurant and an outpost in Australia, it is no surprise that Bludso’s Bar & Que was voted the best BBQ in the state by Zagat.

The restaurant features all-day fare, from brisket and egg breakfast tacos paired with grapefruit mimosas to rib tips and pulled pork seasoned with the restaurant’s own custom dry rubs. And for the best value, order the lunch tray with brisket, chicken, ribs, cornbread, and other sides. 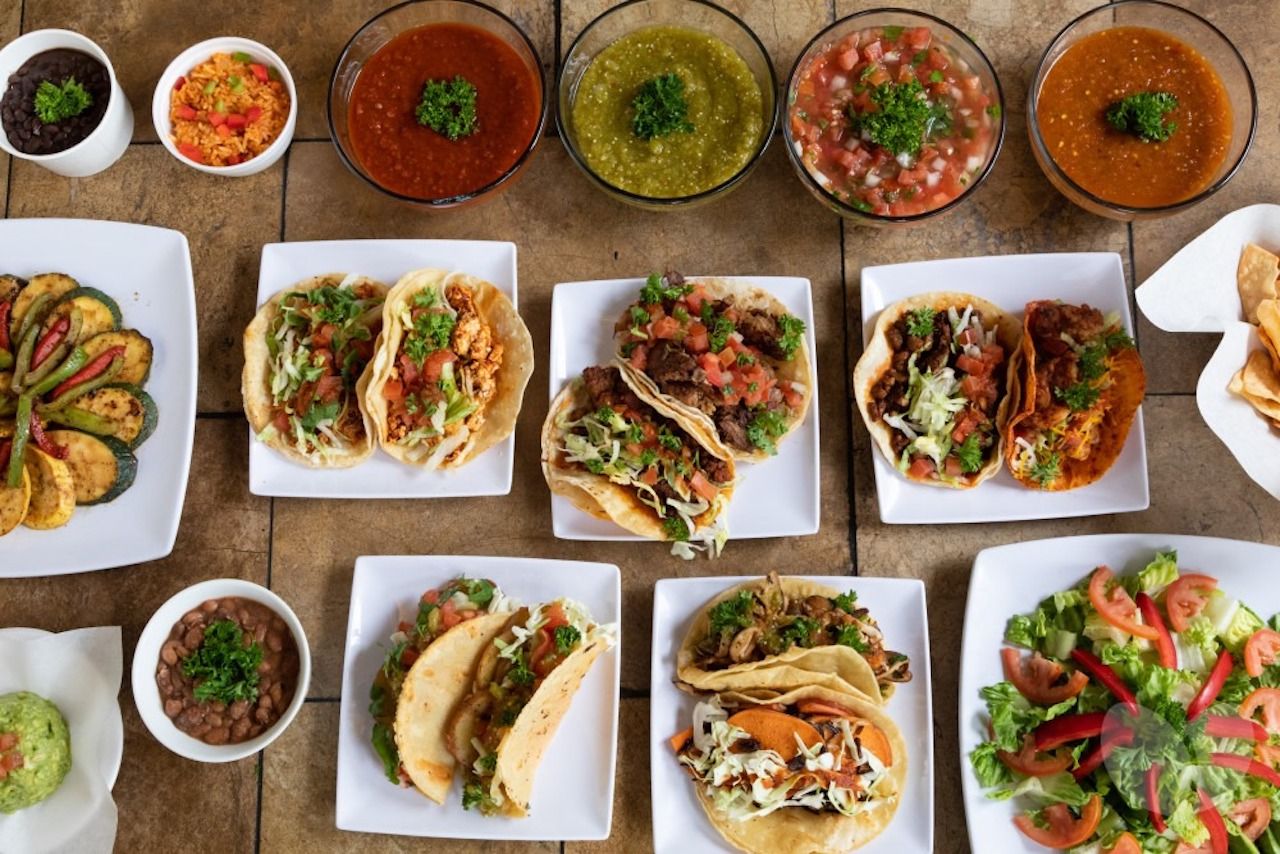 Founded by Barbara Burrell, Sky’s Gourmet Tacos opened in LA in 1992 and serves up traditional Mexican dishes with a twist. Historically, African-American and Mexican communities have lived within close proximity to one another in the city for decades. The blending of these two cultures gives Sky’s Gourmet Tacos its signature taste.

Seafood lovers should order one of the fish-based tacos, choosing between crawfish, shrimp, lobster, tilapia, and salmon tacos. For an added taste of black culture, the menu has BBQ baby-back ribs and Southern half and half (half tea, half lemonade) too. If you have a sweet tooth, Sky’s has you covered. Its extensive dessert menu was awarded the best cheesecake in LA for two years in a row by LA Weekly. A customer favorite is the caramel crunch, but if you’re feeling more adventurous, try a piece of pineapple cheesecake. 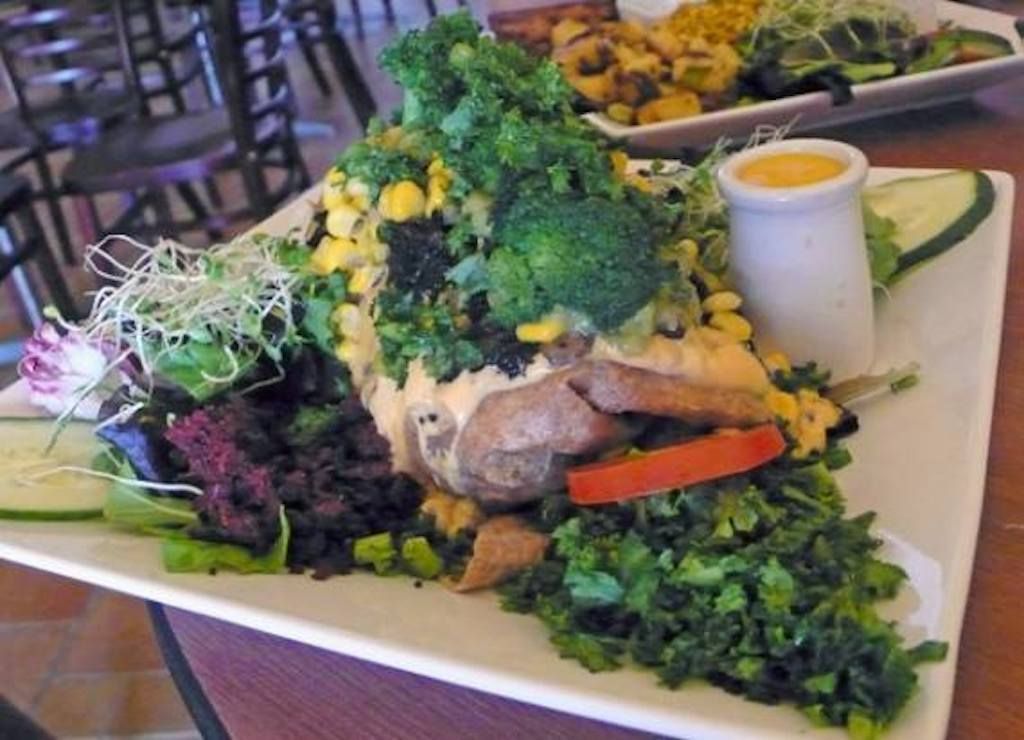 LA is known as the land of vegan food, and Stuff I Eat is the city’s black-owned vegan hotspot. The restaurant prides itself on using organic produce whenever possible and its dishes don’t contain any refined sugars, artificial flavors, or preservatives.

Chef B’s award-winning dishes have a large Tex-Mex influence, in addition to Southern comfort food, so you’ll find both burritos and enchiladas alongside candied yams and soul food platters. To satisfy the Mexican food cravings you’re sure to have in LA along with the desire to eat healthy, order the tofu tacos served with salsa, guacamole, and kale. 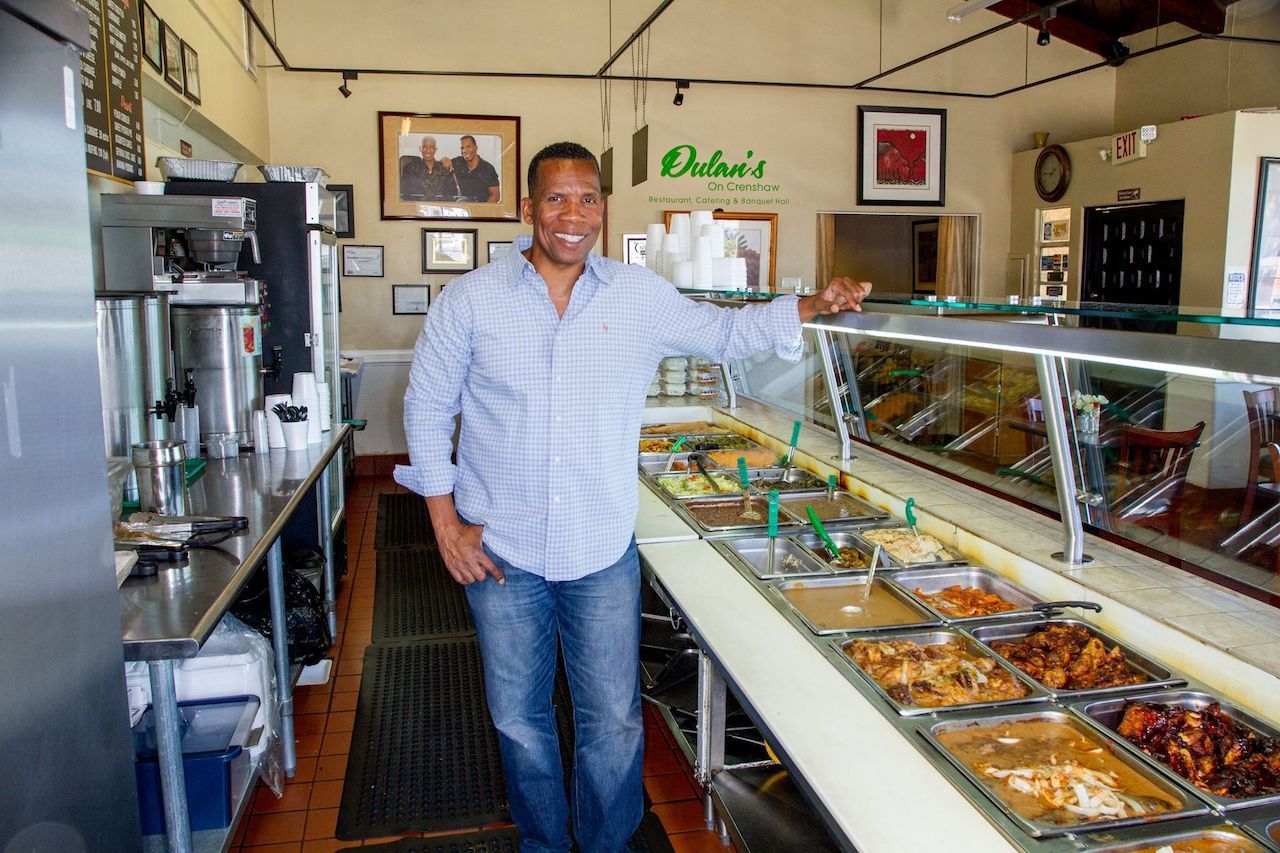 In Crenshaw, Dulan’s is regarded as some of LA’s best soul food. For over 29 years, this family-run restaurant has been serving up recipes that were passed down throughout many generations. Dulan’s dishes up Southern classics like fried chicken, oxtail, yams, collard greens, and cornbread. If you’re a vegetarian, Dulan’s has tasty veggie plates too. On Sundays, check out the all-day special for one entree, two sides, dressing, a drink, and dessert large enough to feed the family for around $20. It is the place to go when you’re craving a taste of grandma’s kitchen. 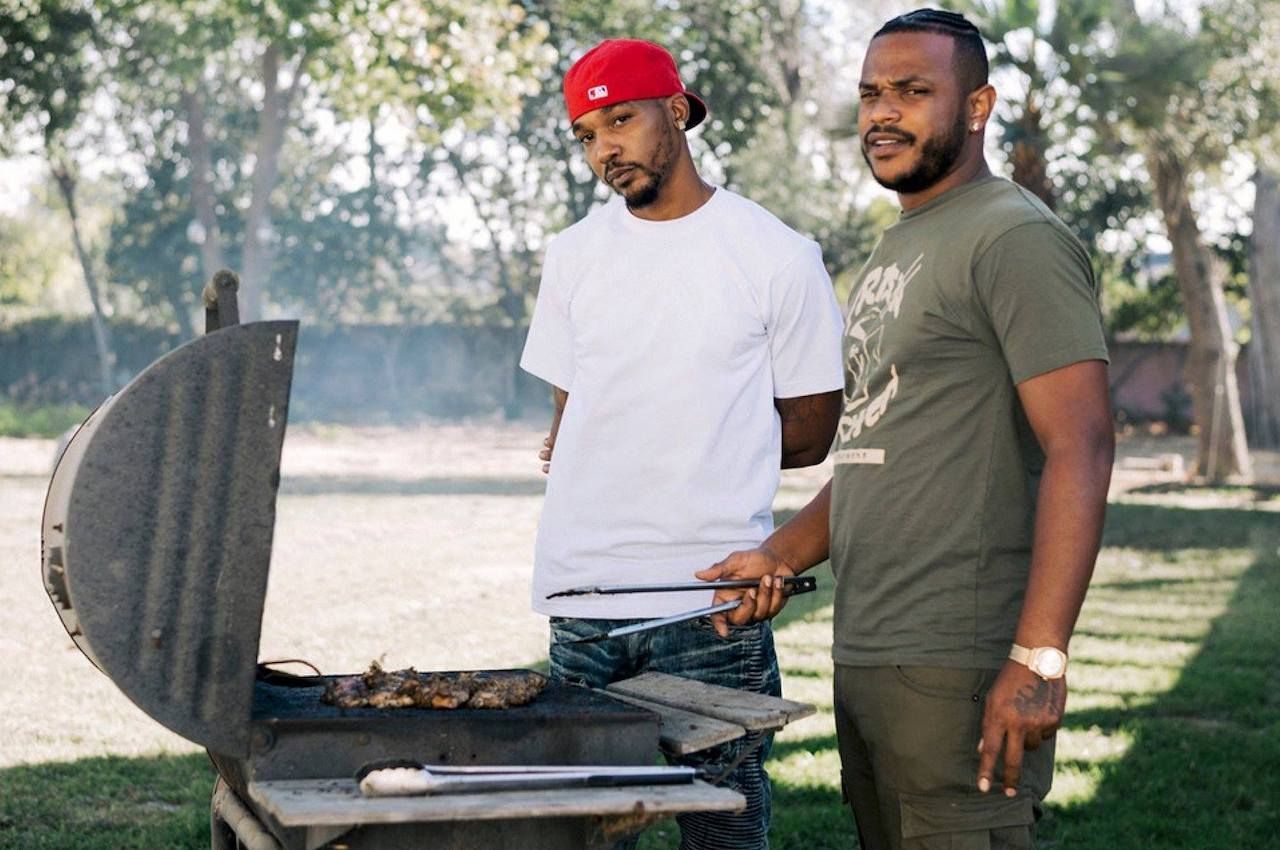 Trap Kitchen has been dishing out soul food with a side of black culture since 2013. Trap Kitchen is known nationwide and is frequented by celebrities and Los Angelenos as a go-to spot in the city. Chef Spank and his best friend, sous chef News, came together in spite of their ties with opposing gang communities to form the Trap Kitchen Catering Company. The duo uses cooking as a driving force away from violence in their neighborhoods. Since then, they’ve traveled across the US providing event catering and pop-up restaurant experiences in places like Atlanta, Portland, and New York City.

If you’re in LA, you can order online from Trap Kitchen. Popular dishes include the Pineapple Boat served with various meats and jasmine rice, and the Cajun alfredo pasta. The restaurateurs released a cookbook in 2017, Bangin’ Recipes From Compton, in case you want to enjoy their best recipes long after you’ve left LA. 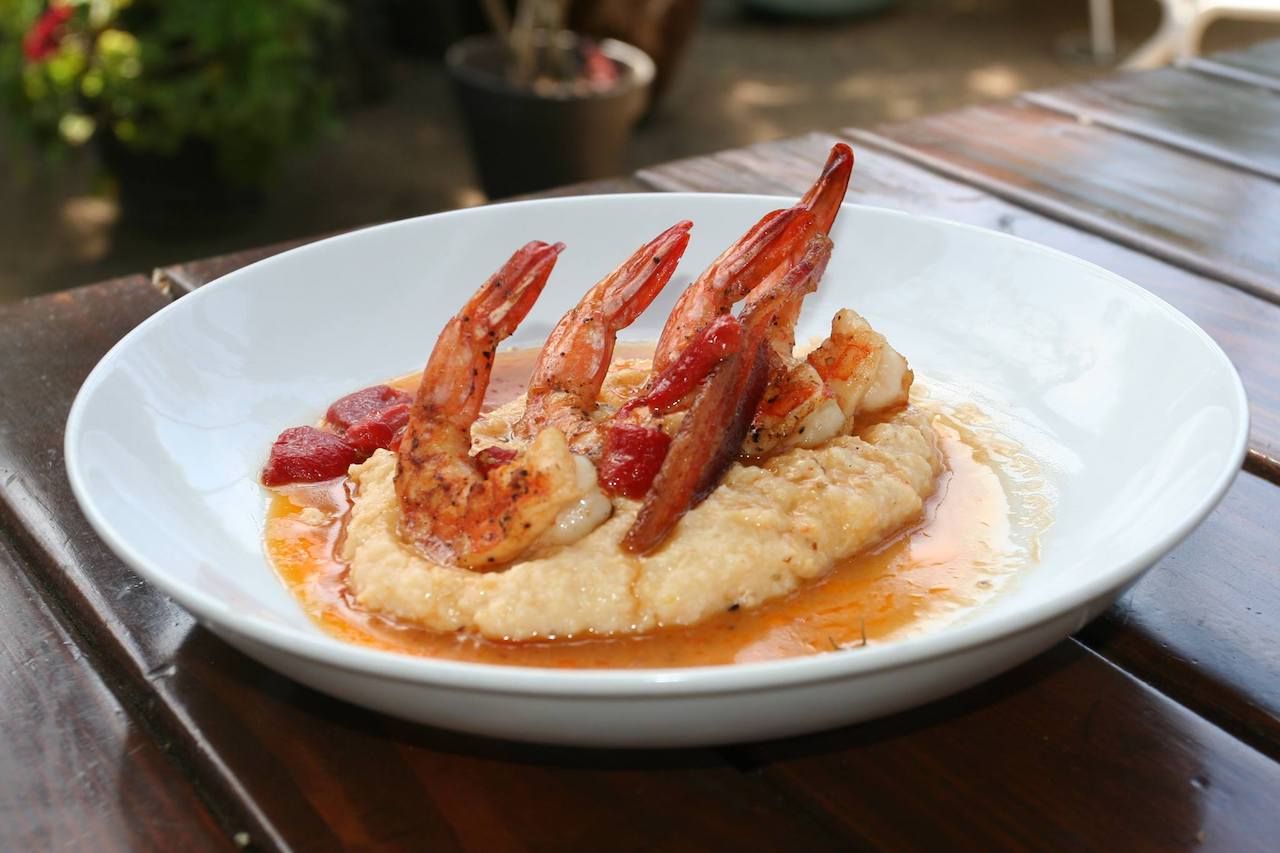 Brunch takes on a whole new meaning at Post & Beam in LA’s Baldwin Hills neighborhood. Founding owner and veteran restaurateur Brad Johnson created Post & Beam with the intention of running a black-owned and operated restaurant. From the head chef to the front of house team, the staff here are predominantly African-American. Its comfort food offerings draw in crowds of locals every weekend who rave about the ambiance, exceptional service, and tasty dishes.

Brunch lovers should try the pecan pie French toast topped with bourbon caramel or the braised oxtail hash served with country potatoes. If you’re a plant-based foodie, try ordering the vegan crab cakes or the impossible burger with avocado and balsamic onions. During lunch, the jerked catfish with dirty rice is a standout choice. The open kitchen and herb garden patio lined with orange trees was designed to make diners feel at home, while the curated playlist and live jazz keep this spot buzzing.