“Dinner and a show” has come to mean many things, from eating a microwave dinner while watching Netflix to witnessing a couple’s very public breakup at the table next to you at a restaurant. The tradition of the original “dinner and a show” that began in the 1950s and peaked in popularity in the 1960s-1980s has fallen out of fashion, but it’s not lost — there are still dinner theaters out there, where you can enjoy food and drinks while watching a stage production. Whether it’s a specialized menu that complements the performance on stage or the actors themselves serving as waiters between acts, dinner theaters are not just an antiquated form of entertainment but a quirky alternative to your typical Friday night out. These are the seven dinner theaters across the US you need to check out for your next date night. 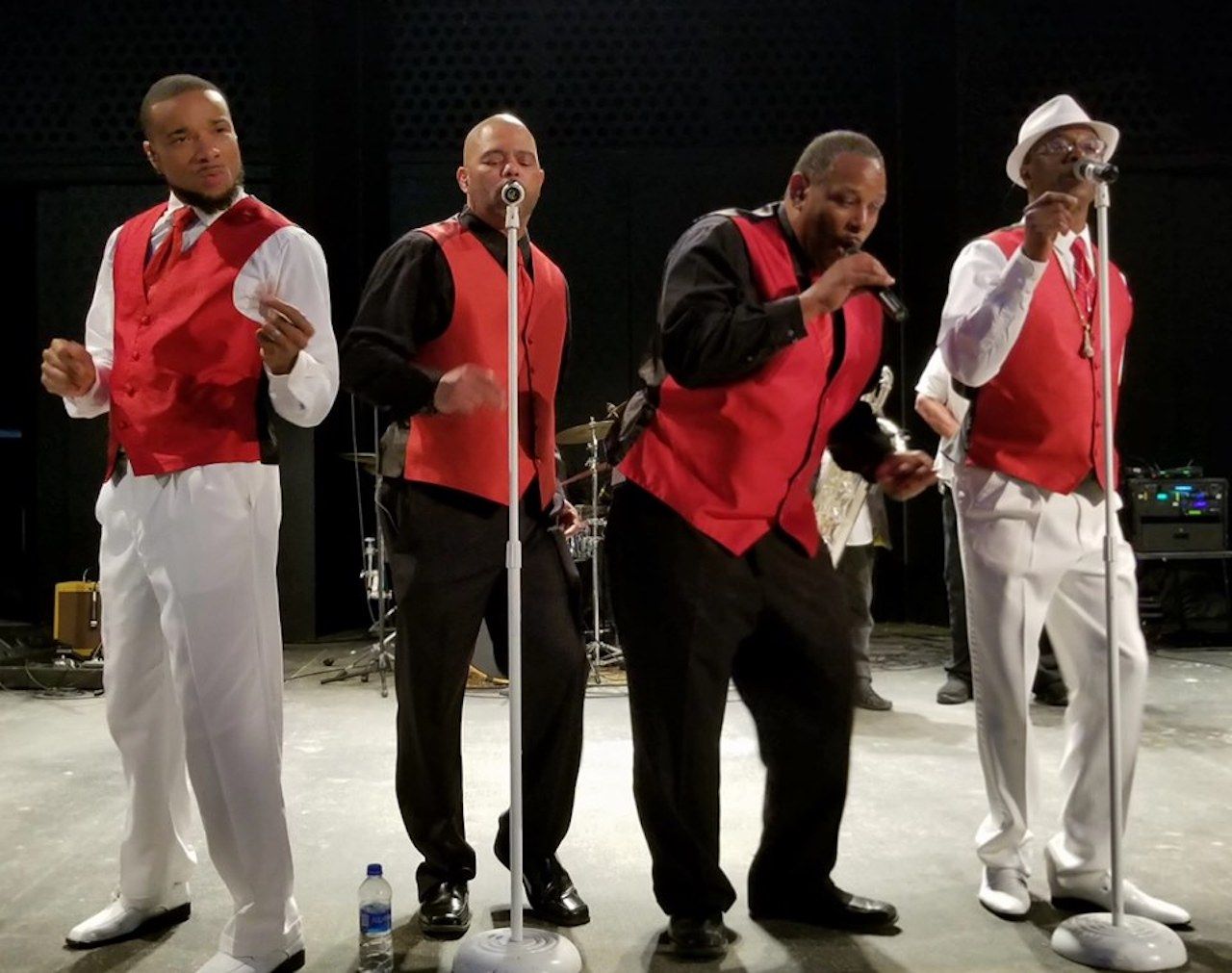 Since dinner theaters are an undeniably vintage experience, you might as well start with the oldest operating theater in the country. The Barn Dinner Theatre opened in Greensboro, North Carolina, in 1964, offering not only Broadway-style shows, but also a buffet of classic Southern foods including fried okra, honey glazed ham, and banana pudding. Originally, the cast also served as the wait staff, and resided above the theater in small living quarters. Now these living quarters function as the box office and dressing rooms. Check out the full slate of 2020 shows on the theater’s calendar. 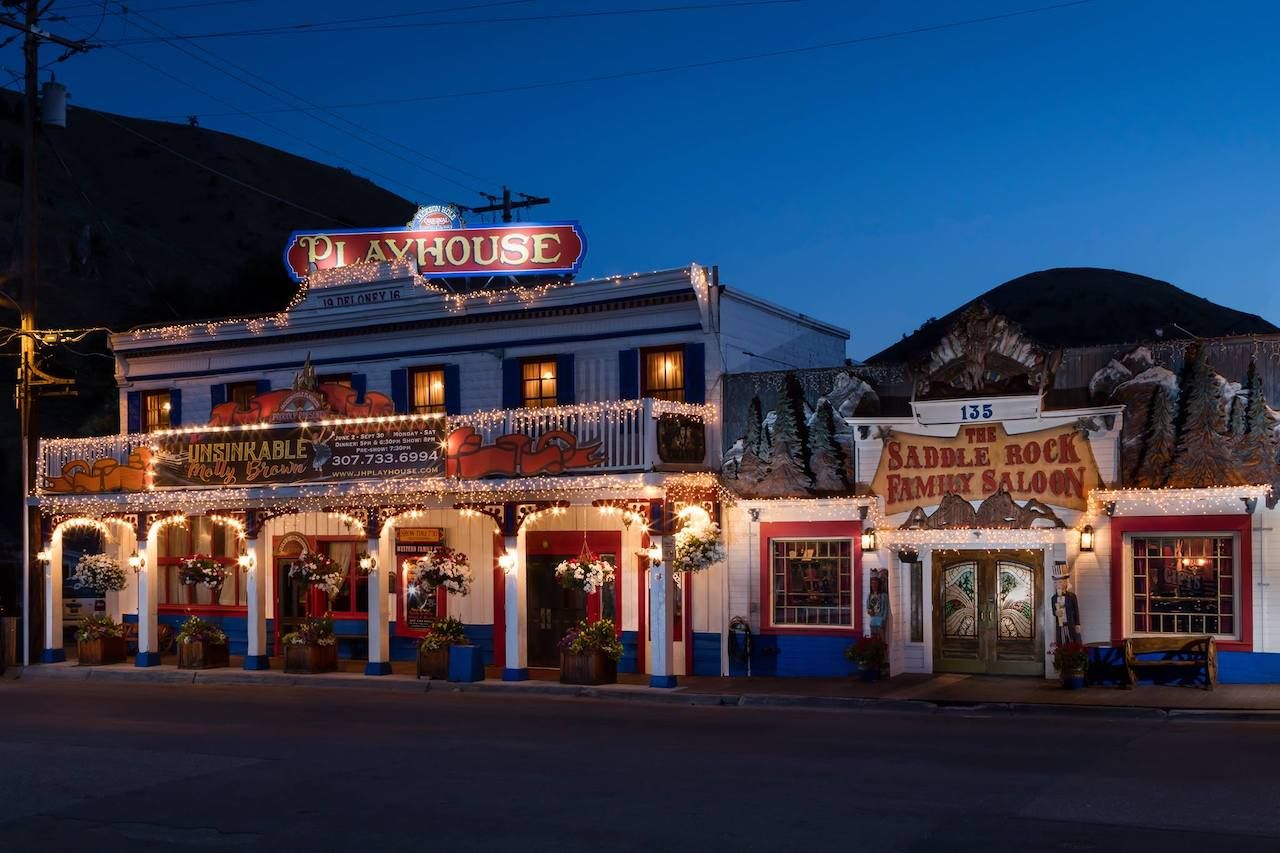 Go to Jackson Hole for the stunning scenery and national parks, but stay for the Americana. The Jackson Hole Playhouse is a classic American experience in more ways than one. Not only is it a vintage US dinner theater experience, but dinner is served before the show in a saloon clad in Wild West decor. You’ll get to know the performers before the curtain even rises because they are also your servers and they keep you entertained while you sip and chew by singing throughout dinner. Once the meal portion of the night is finished, you’ll move into the theater for the performance, usually with a Western theme. The theater itself was originally built in 1915 as a livery stable; it has functioned as a theater since 1948. 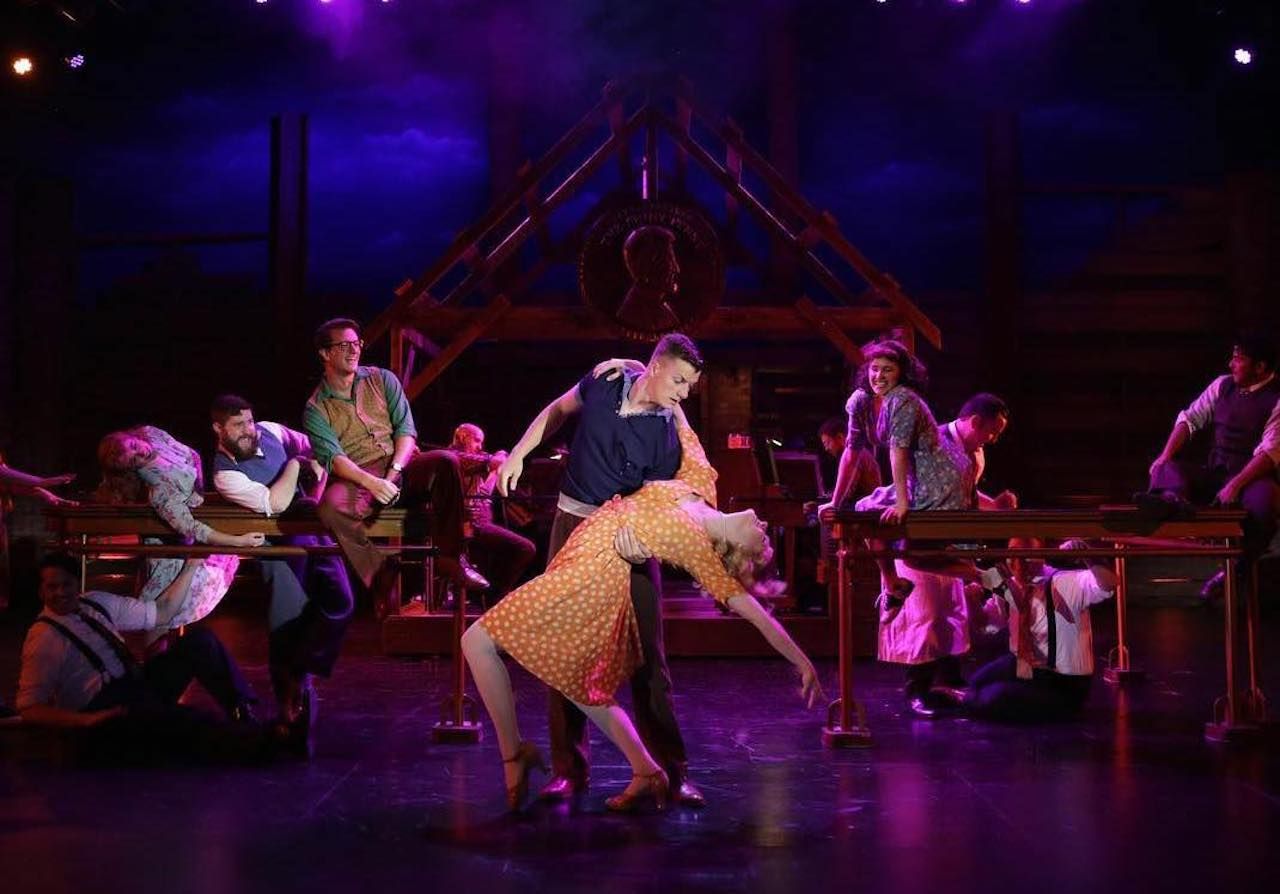 Dinner theaters are often thought of as a novelty that don’t always attract the most top-tier talent, but the Candlelight Pavilion Dinner Theater in Claremont, California, proves that preconceived idea wrong. Given its close proximity to Los Angeles, the Candlelight regularly features talented performers. All the shows are Tony Award winners, so you’re sure to find one of your favorite ones on the schedule. Currently in its 33rd year, the theater has run over 200 shows and continues to be a unique entertainment alternative for crowds coming from LA and beyond. 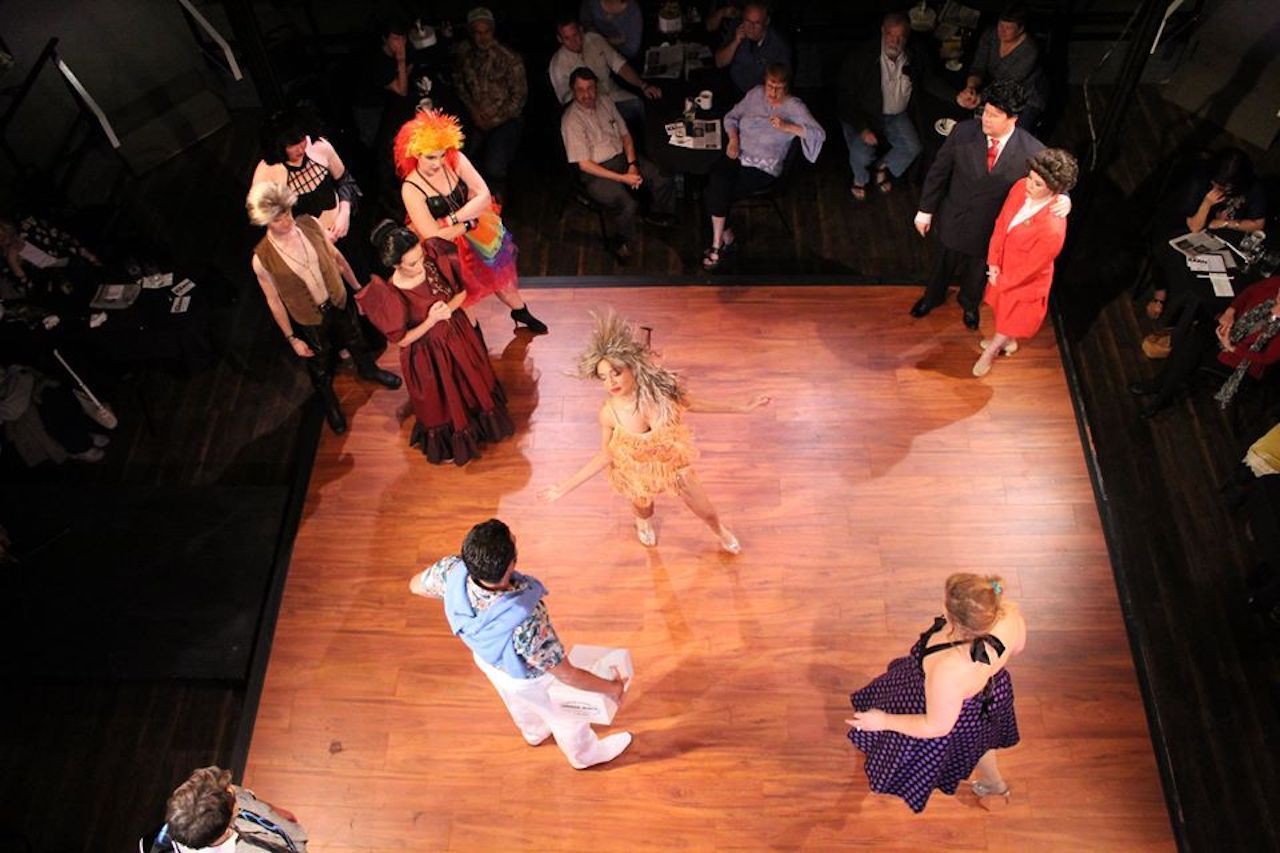 Nashville is no stranger to entertainment, so it’s hardly surprising that it’s home to one of the best dinner theaters in the country. Chaffin’s Barn Dinner Theatre is a sister-location of the Barn theater in Greensboro. Once totalling 27 locations, Chaffin’s is the only remaining theater in the Barn family, and it’s the second-oldest dinner theater in the US, dating back to 1967. Chaffin’s had been owned by the Chaffin family for 50 years, until their retirement in 2017, and though it’s now under new ownership it still retains its original charm. Like the Barn in Greensboro, guests are able to choose from a buffet that changes depending on the season and the show. 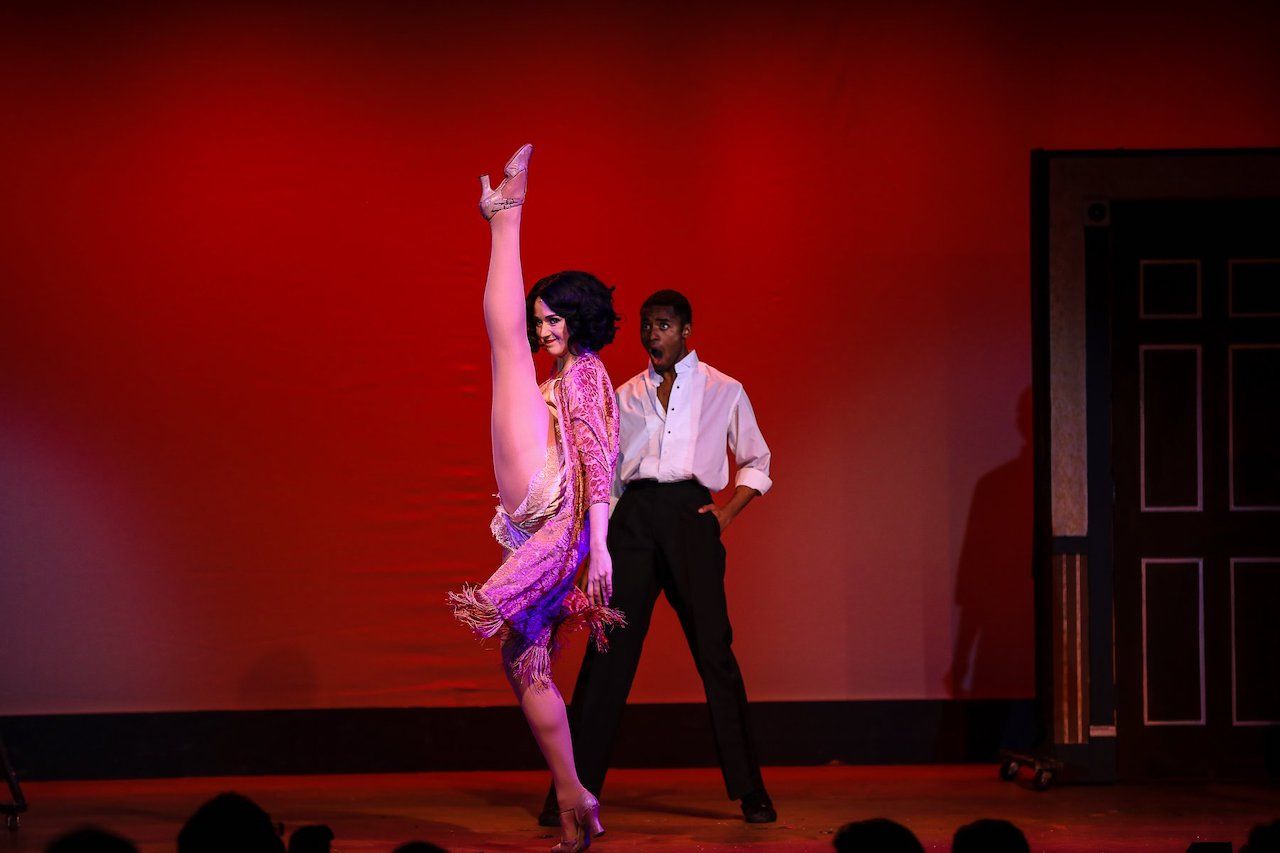 For many, a night at the dinner theater reminds them of the good old days. At the Dutch Apple Dinner Theatre in Lancaster, Pennsylvania, those good old days are the 1700s. The theater is located in Amish country, but the shows themselves are modern Broadway musical favorites like Guys and Dolls and Saturday Night Fever. Dinner consists of a buffet filled with local choices, including some Amish specialties like shoofly pie. And don’t worry, it might be located right in the heart of Amish country, but the theater has a luxurious and comfortable interior with all the modern amenities. 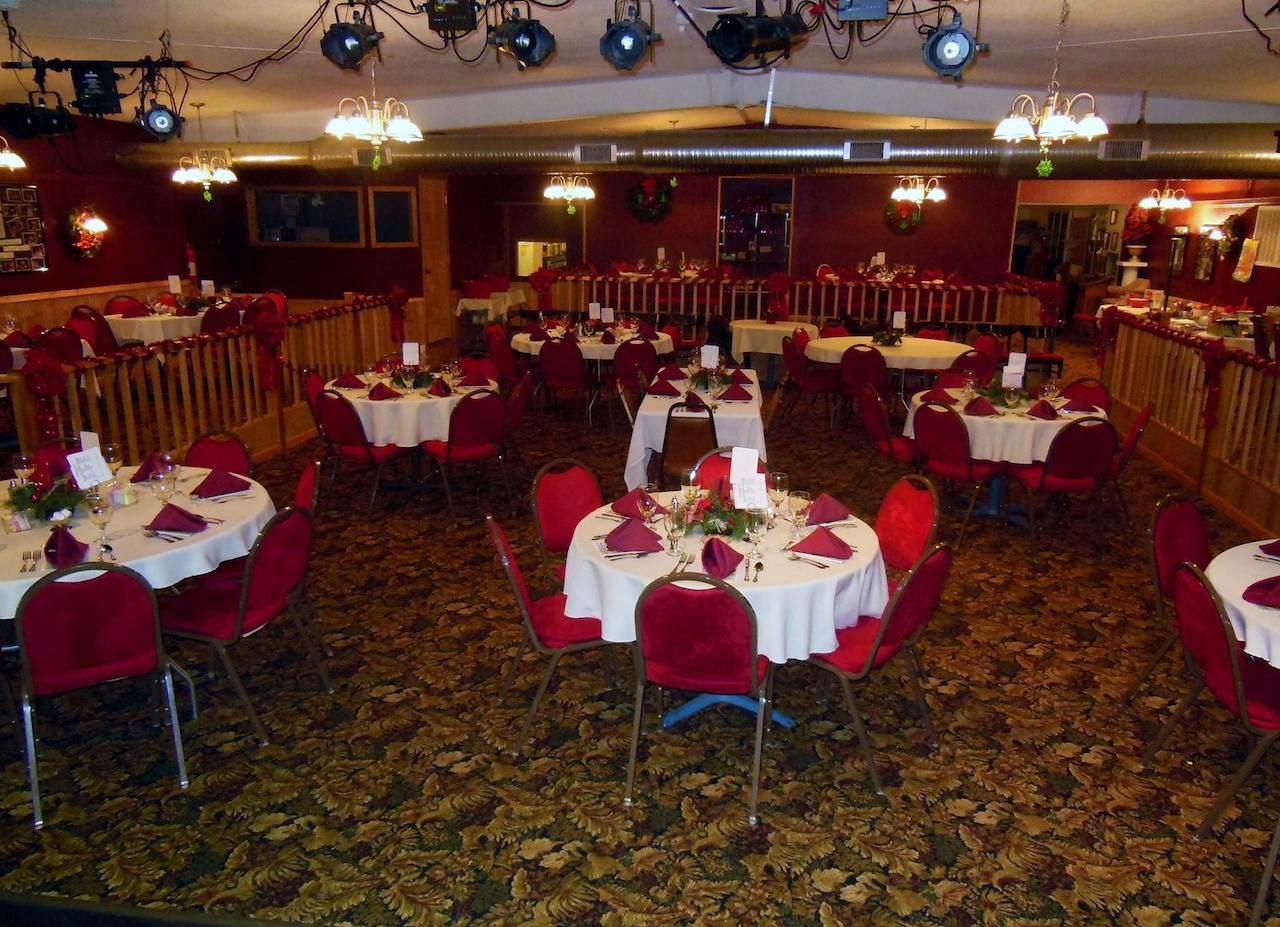 When it comes to a dinner theater that’s steeped in the local community, it doesn’t get better than the Stone’s Throw Dinner Theatre in Carthage, Missouri. Stone’s Throw specializes in comedies and children’s shows, and thanks to its small space, is one of the most intimate dinner theaters you’ll find. The theater is a nonprofit run by volunteers, with funds going toward supporting the performing arts in southwest Missouri. A great alternative to larger theaters, where the audience feels rather distant from the performance, at the cozy Stone’s Throw you’ll feel immersed in the action on stage. And true to the dinner theater tradition, meal courses are served between acts, so you’ll never worry about going hungry mid-show. 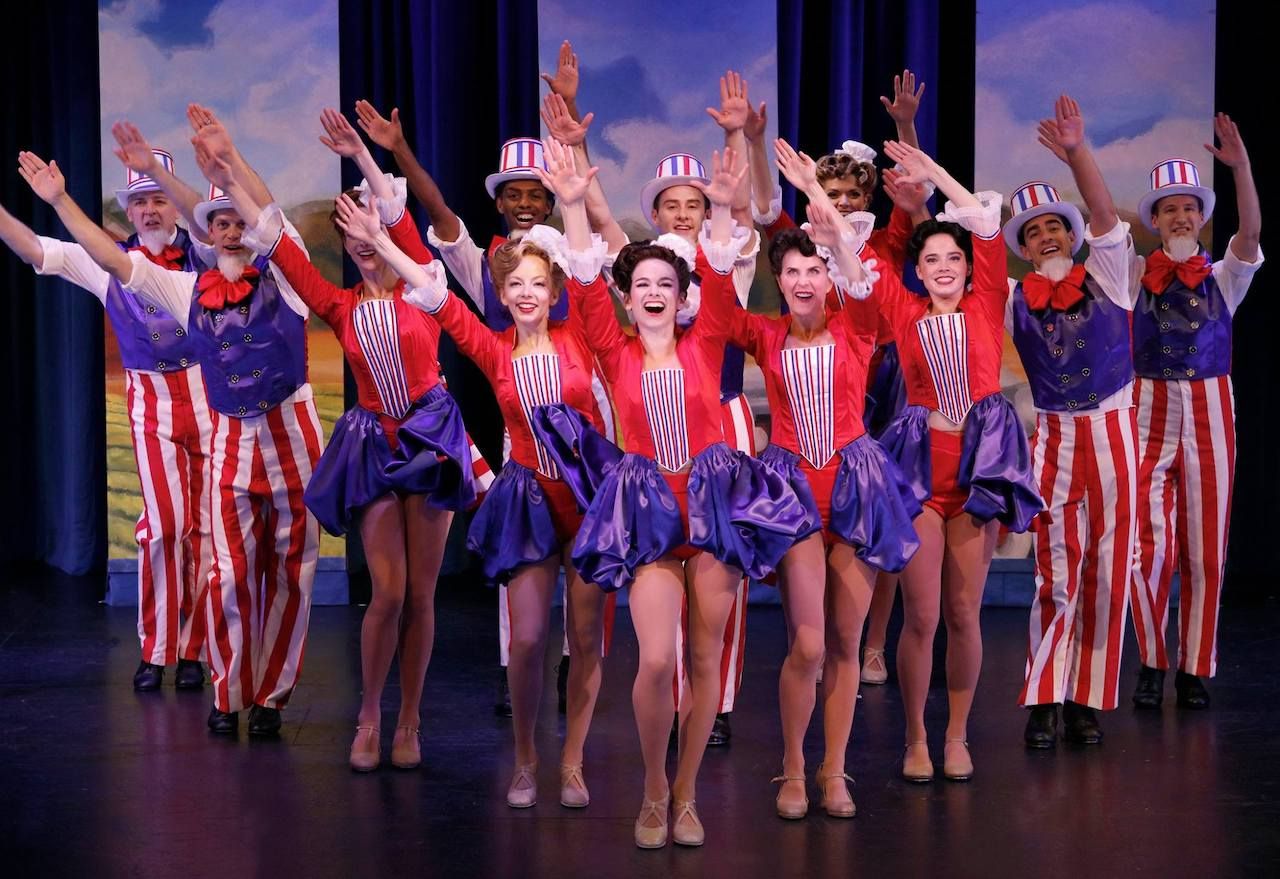 In stark contrast to the intimate setting of the Stone’s Throw Theatre, the Chanhassen in Chanhassen, Minnesota, is the largest dinner theater complex in the country. With three theaters totalling 90,000 square feet, there are separate theaters for dramas and children’s shows, as well as several reception rooms for parties. The theaters also host special presentations, a comedy club, and a concert series. Consistent with the size of the venue, the food menu is extensive, with a variety of entrees, appetizers, desserts, and wines.

EntertainmentThe 15 Coolest Drive-In Theaters in the US
Tagged
Music + Nightlife Restaurants + Bars Trip Planning United States
What did you think of this story?
Meh
Good
Awesome