Drag culture has existed for decades within the LGBTQ community, but many would credit RuPaul’s Drag Race for bringing this form of culture to the mainstream in 2009. Fast forward to a decade later, and drag queens and kings have found devoted audiences in cities all across the United States, from unexpected conservative destinations like Houston to queer cultural capitals like Los Angeles. In fact, just within the past few years, the plethora of drag shows offered at gay- and queer-friendly venues across the country have perhaps proven to be too overwhelming for some who feel that they are left with too many choices and not enough guidance in this arena.

So, to aid in your quest to find the most outstanding drag show in your city on a Saturday night, we’ve set out to highlight the very best representations of drag culture in the United States. From Anchorage to Waikiki, these are the best and brightest drag shows in the nation. 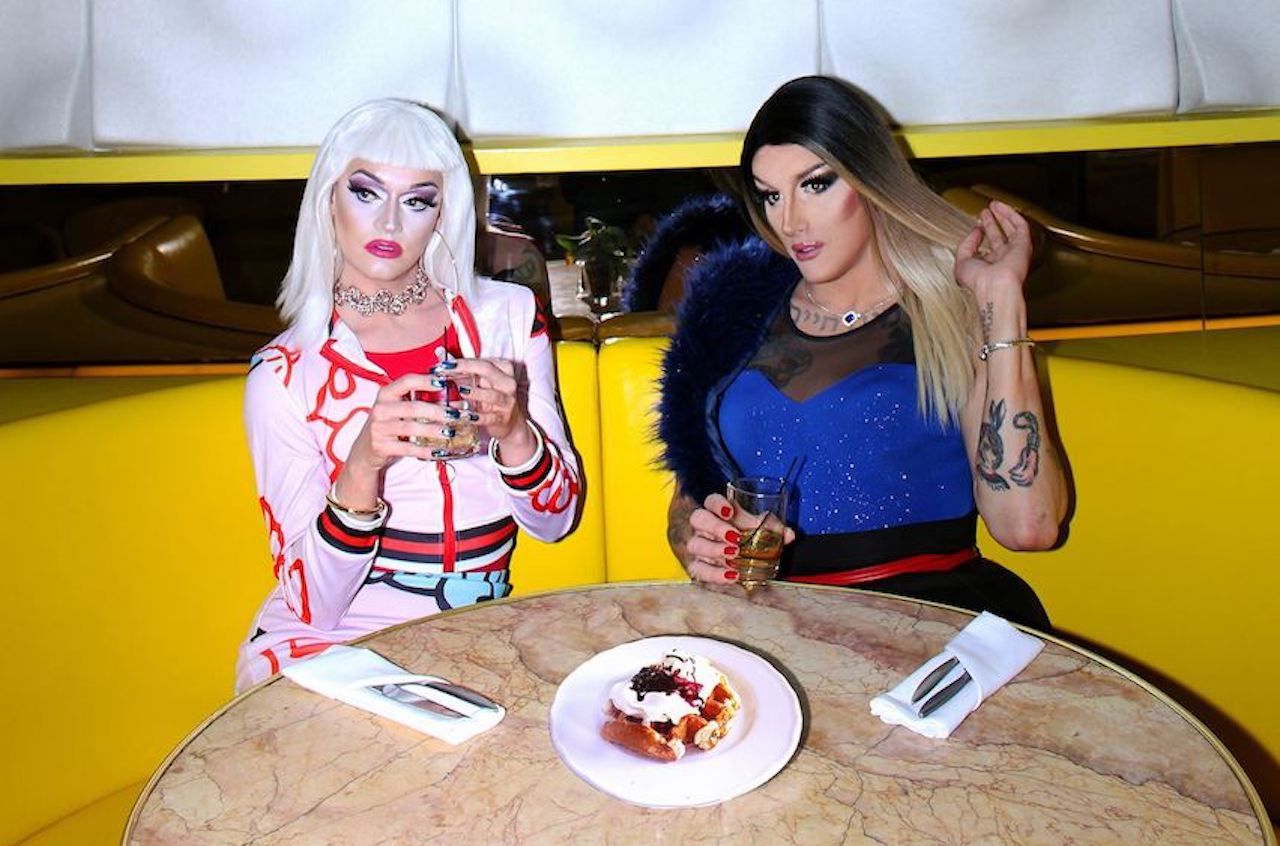 Located at The Standard, a chic hotel in downtown Los Angeles, California, the Wigs & Waffles Drag Brunch brings an air of glittering sophistication to the already glamorous world of drag. The Saturday morning brunch is hosted by Maebe A Girl, the first drag performer ever elected to public office in California, and Indica Sativa, a popular drag queen hailing from New Orleans. Each week, special guests take to the stage while patrons munch on a hearty breakfast and sip endless mimosas.

Curiously enough, Anchorage, Alaska, has one of the most beloved drag shows in the United States. For a short time, the Friday Night Divas show at the popular gay bar Mad Myrna’s has served as a meeting place for the local LGBTQ community and its allies. The show, featuring a plethora of impersonators from Selena to Christina Aguilera, is set to the tune of a true dive bar — wall-to-wall carpeting, wood paneling, and a Prince impersonator collecting tips in a basket. Overall, the Friday Night Divas show is anchored on a unique form of nostalgia that proves to be a crowd-pleasing hit. 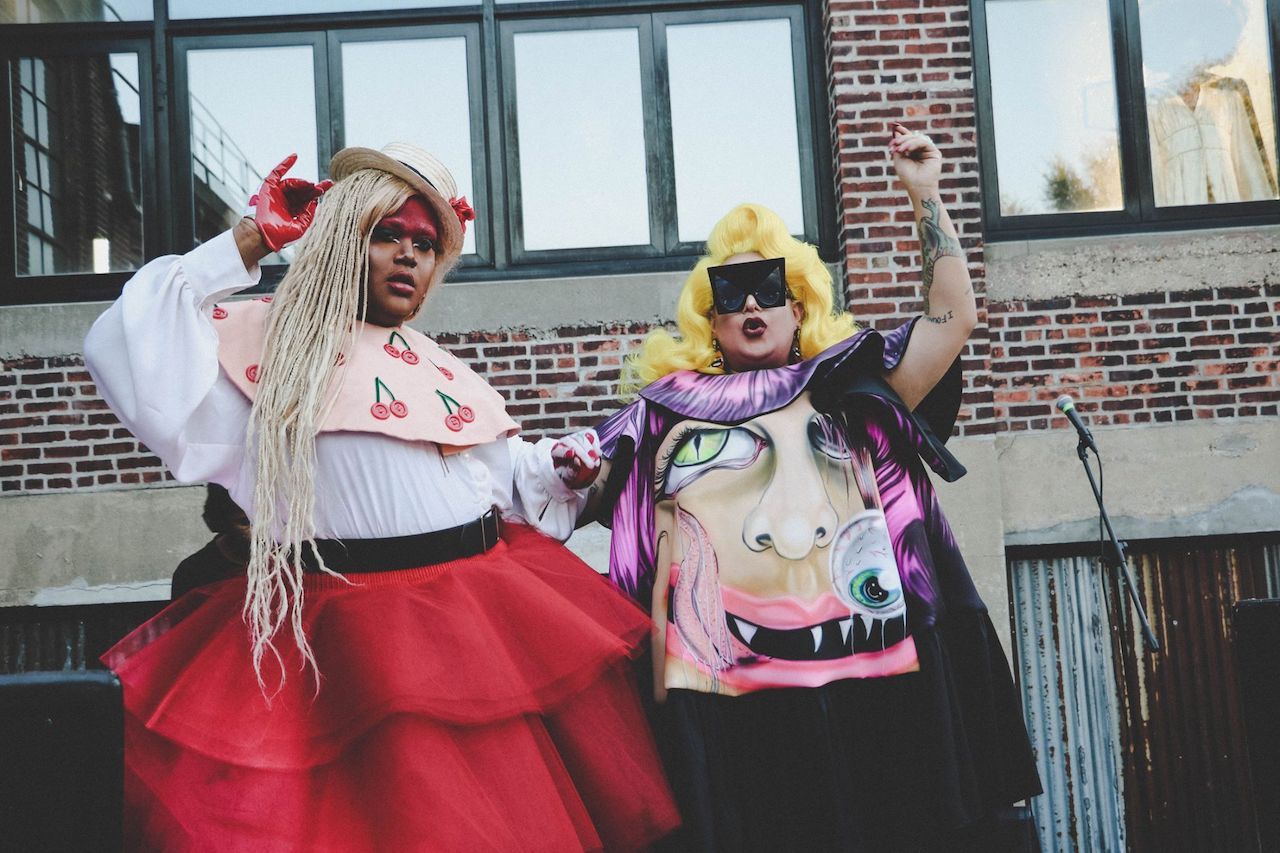 Every year in September, the Knockdown Center in Maspeth, New York, is transformed into a dreamy drag festival, with dozens of performers slated to make an appearance over a period of two days. Bushwig was founded in 2012 and, in the years since, has propelled the careers of famous drag queens like Nina West and Lady Bunny. Along with drag performances that take place around the clock, festivalgoers can indulge in the hordes of food trucks and small vendors selling everything from wigs to vintage trinkets.

Every Wednesday at 9:00 PM, residents of the mile-high city indulge in a now-famous tradition at Hamburger Mary’s — the Down-Low Bingo Show. The popular event is hosted by Victoria Sexton and Brittany Michaels — two drag queens who have nearly single-handedly put the city of Denver on the map in terms of drag performances and venues. Throughout the night, you’ll have the chance to laugh, dance, and play bingo while an ever-rotating cast of drag queens take the stage. 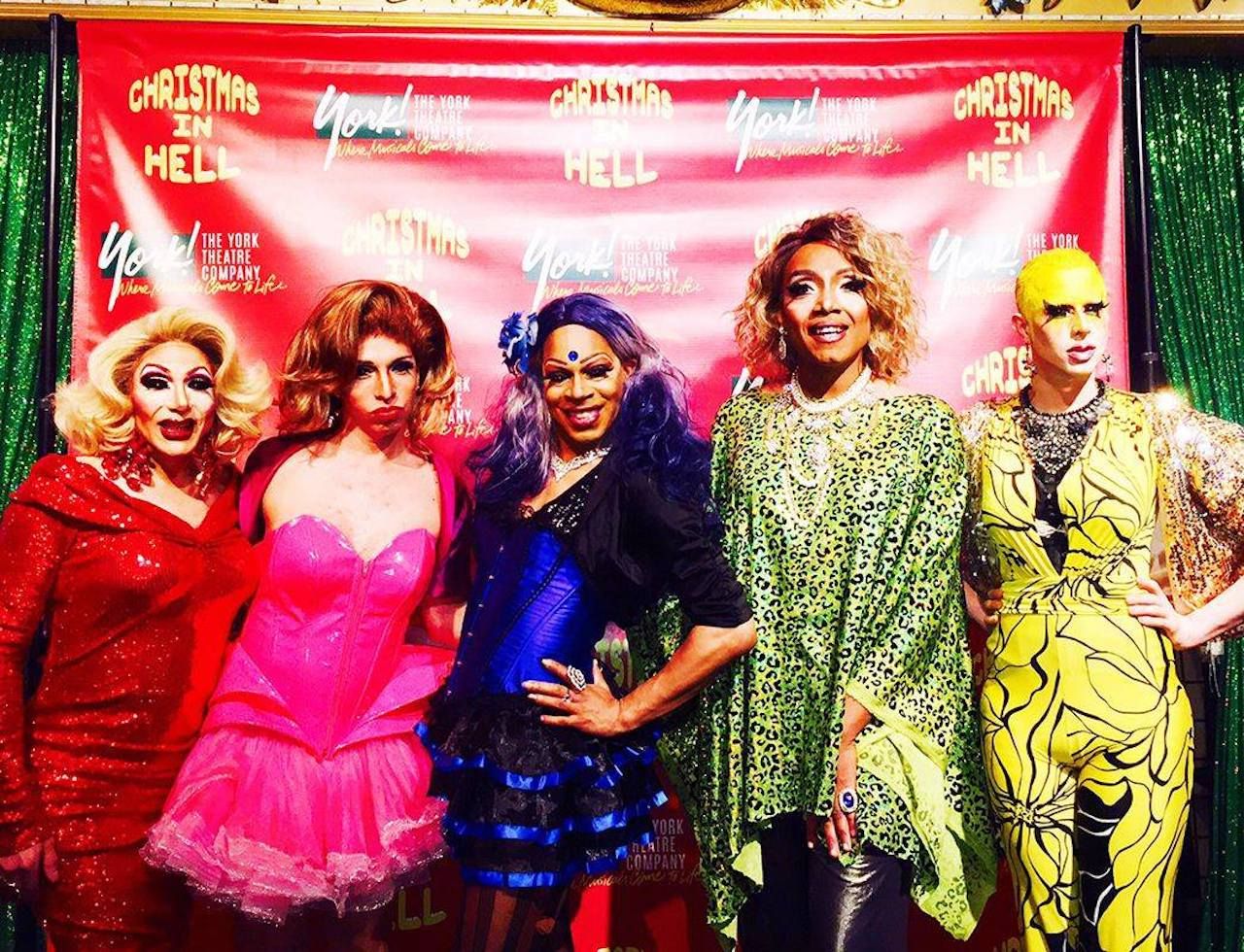 For over two decades, Lips in New York City has served up incredible drag shows and other queer-friendly events for locals and international tourists alike. For those who wish to sit down to a more sophisticated and nostalgic performance while dining on a budget-friendly three-course meal, the Dinner with the Divas show at Lips is the show for you. Aside from getting the chance to dine and dance at one of the most legendary drag clubs in the city, you’ll also have the opportunity to meet some of the biggest names in the industry, from Ginger Snap to All Beef Patty.

Located just outside of Phoenix, the Elements drag show at BS West in Old Town Scottsdale has become one of the most popular LGBTQ staples in the entire state. Every Friday night at 10:30 PM, the popular BS West gay club is graced with the state’s best drag performances by local legends like Mya McKenzie, Savannah Stevens, and Eva Angelica Stratton. If you happen to miss the festivities on Friday night, be sure to venture to BS West on a Tuesday, when drag contestants perform in a talent show, called Stars Choice, that closely resembles a more spirited episode of The Voice.

Thought to be a traveling troupe of the best celebrity impersonators, the Diva Royale Drag Queen Show features a rotating cast of drag queens who impersonate celebrities like Adele, Madonna, Whitney Houston, Dolly Parton, and Britney Spears. Hosted by Gary Dee, a Joan Rivers impersonator, the show has now expanded beyond its original origin in New York City, premiering in venues all across the United States, from Hollywood, California, to Miami Beach, Florida. In fact, you can even book the troupe to grace your upcoming bachelorette party or celebration of any kind.

For 50 years, the Baton Show Lounge in Chicago has been putting on one of the most influential and star-studded drag shows of all time. Over the years, celebrities like Joan Crawford, Joan Rivers, and Madonna have attended performances at the Baton Show Lounge, reveling in the impressive array of celebrity impersonators. Currently, the roster of talent includes Natasha Douglas, Shantell D’Marco, Angel Saez, Sheri Payne, and Demi Sexton. 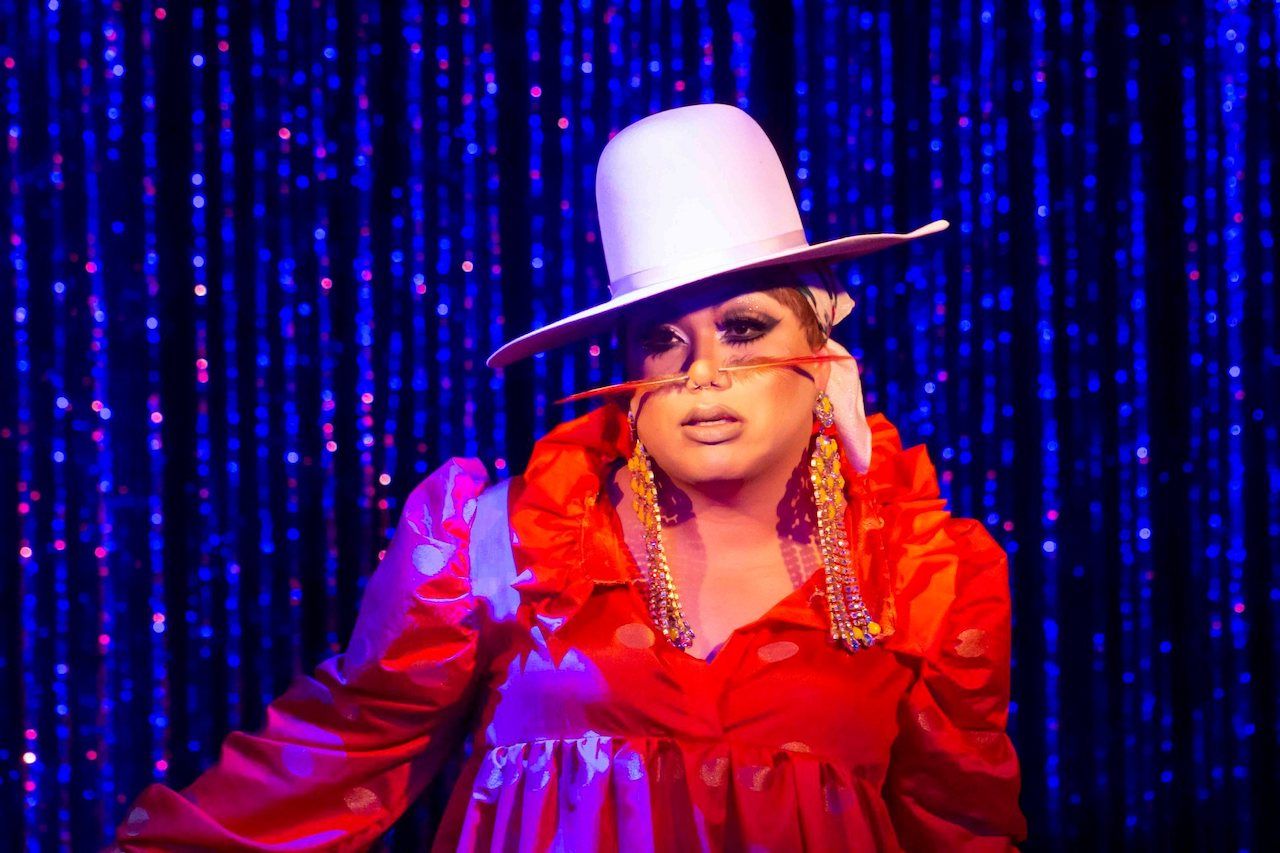 Every first and third Saturday of the month at the increasingly popular Hula’s Bar and Lei Stand in Waikiki, Hawaii, the DIVAS (Dancing Impersonating Vixens with Attitude and Sass) take the stage to display their dance moves. Billing themselves as part dance crew, part drag show, the DIVAS have spent the better part of the decade impressing audiences at Hula’s Bar and Lei Stand through celebrity impersonations, dance routines, and comedic sketches. Though the cast changes from time to time, it mainly features local talents like CaraMel, Justice Forall, Phoenix Phyre, and Whitney St. James. 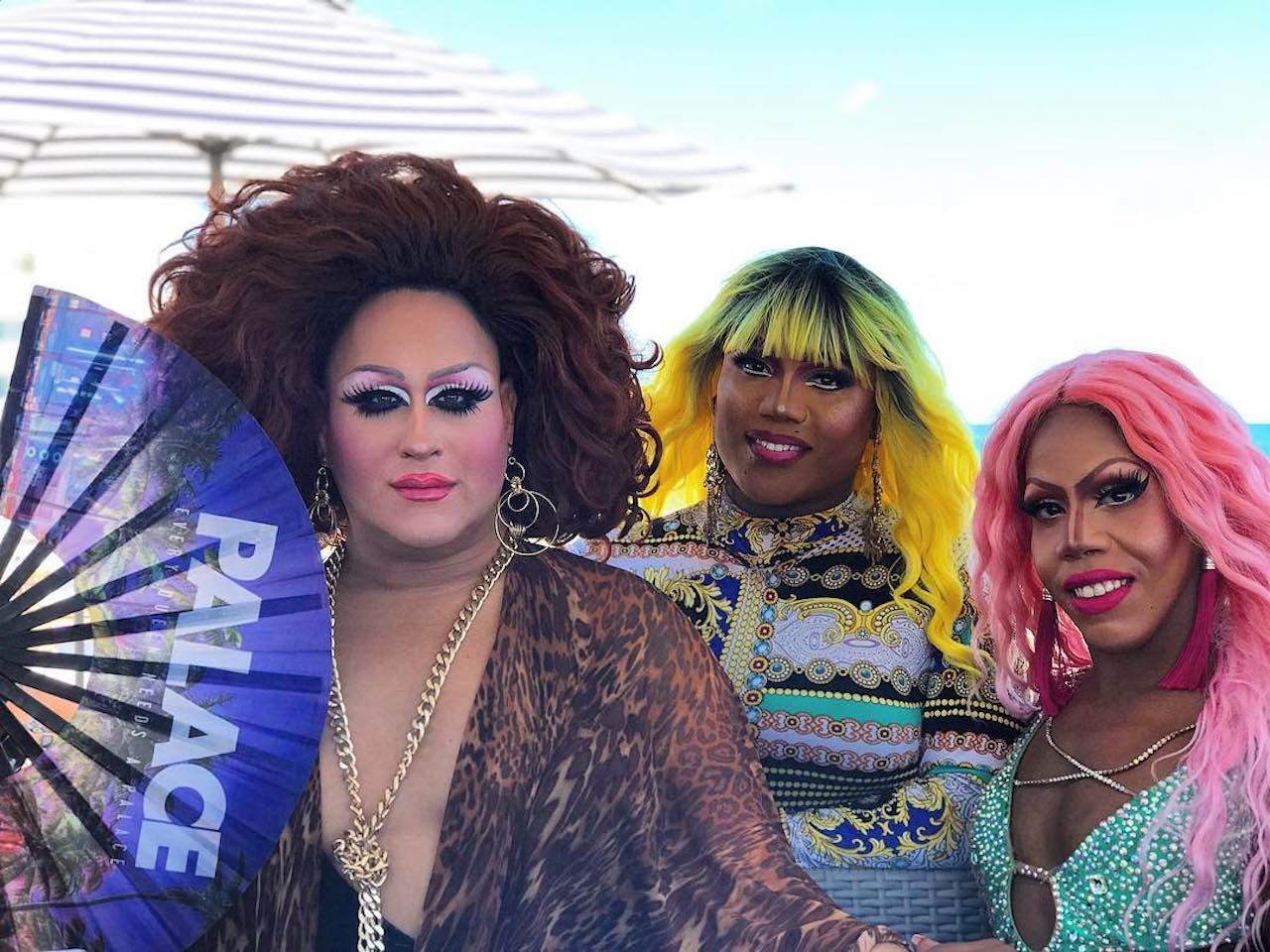 Every Friday, Saturday, and Sunday in Miami, Florida, the glamorous Palace Bar, located in sunny South Beach, hosts the city’s most famous drag show — the Drag Brunch at Palace Bar. Aside from an endless supply of mimosas, the drag brunch offers visitors an exclusive glimpse of the biggest names in drag culture in the south, including Tiffany Fantasia.

Located in the Aqua Bar and Night Club’s sprawling waterfront warehouse, the Reality is a Drag show highlights one of the most popular drag acts in the city: the Aquanettes. Multiple nights a week, the Aquanettes bring their popular cabaret act to the main stage, engaging with audience members to create a truly immersive drag experience that feels uniquely Key West. 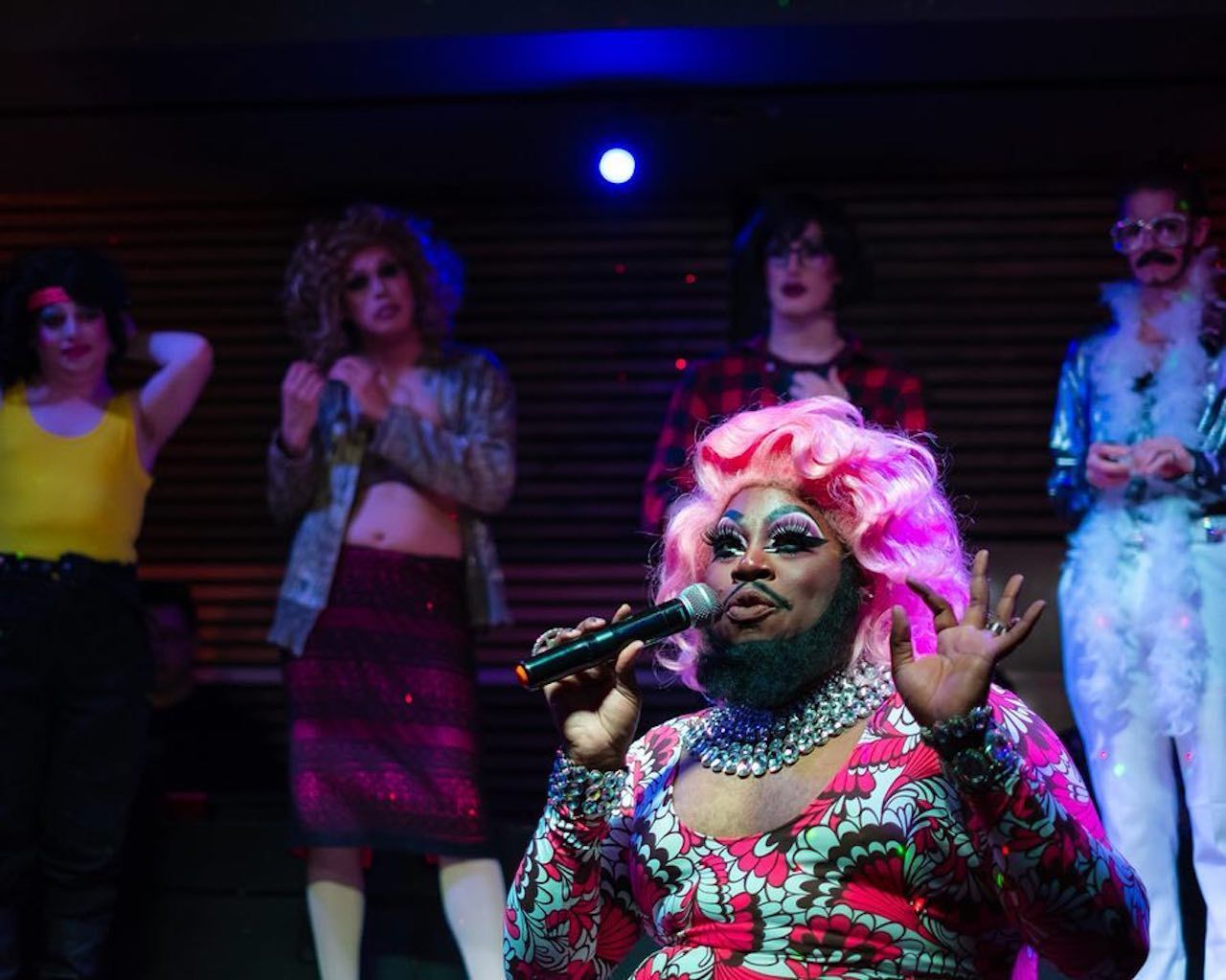 If you happen to find yourself in Houston, Texas, on a Saturday night, be sure to make time for a drag show. More specifically, be sure to make time for the aptly named Houston’s Best Drag Show, a showcase of local drag talent hosted by local legends like Adriana Larue, Roofie DuBois, and Reign. Hosted at Guava Lamp, a stylish gay bar with karaoke and a dance floor, Houston’s Best Drag Show also features an ever-rotating cast of drag queens from around the country, and even allows newcomers to showcase their talents on open mic nights.