Summer might be drawing to a close, but the party’s just getting started. Oktoberfest is everyone’s favorite excuse-to-get-drunk holiday in the fall, and it’s right around the corner. Ideally, you’d be able to make the trip out to Munich for a truly authentic Oktoberfest experience, but for many of you, that’s probably not in the cards. The good news is, you can still tap into your German side here at home, thanks to the many Oktoberfest celebrations happening all across the United States. From California to Oklahoma, these celebrations bring Munich to a city near you. Here are a few of our favorites. 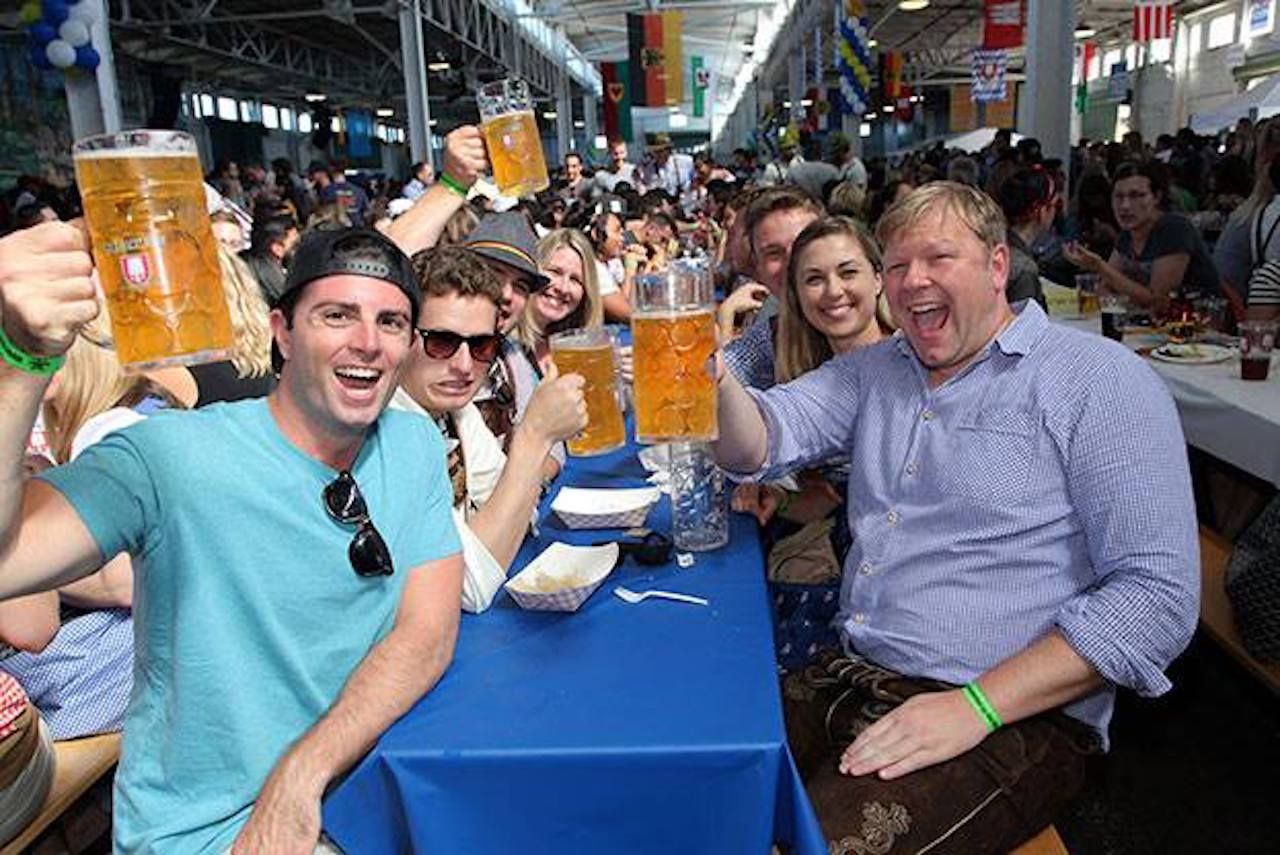 Photo: Oktoberfest by the Bay/Facebook

San Francisco’s version of the iconic German festival is Oktoberfest by the Bay. You’ll find authentic German music provided by polka bands playing the glockenspiel and accordion, activities for families, and, of course, beer. Traditional Bavarian dancers will perform, too. The festival lasts three days (September 21 to 23) and has enough singing, dancing, and drinking to make you forget you’re not actually in Munich. On the last day of the festival, the United German American Society will host a parade during which German flags will be presented and the German consul will even be on hand to tap the keg. 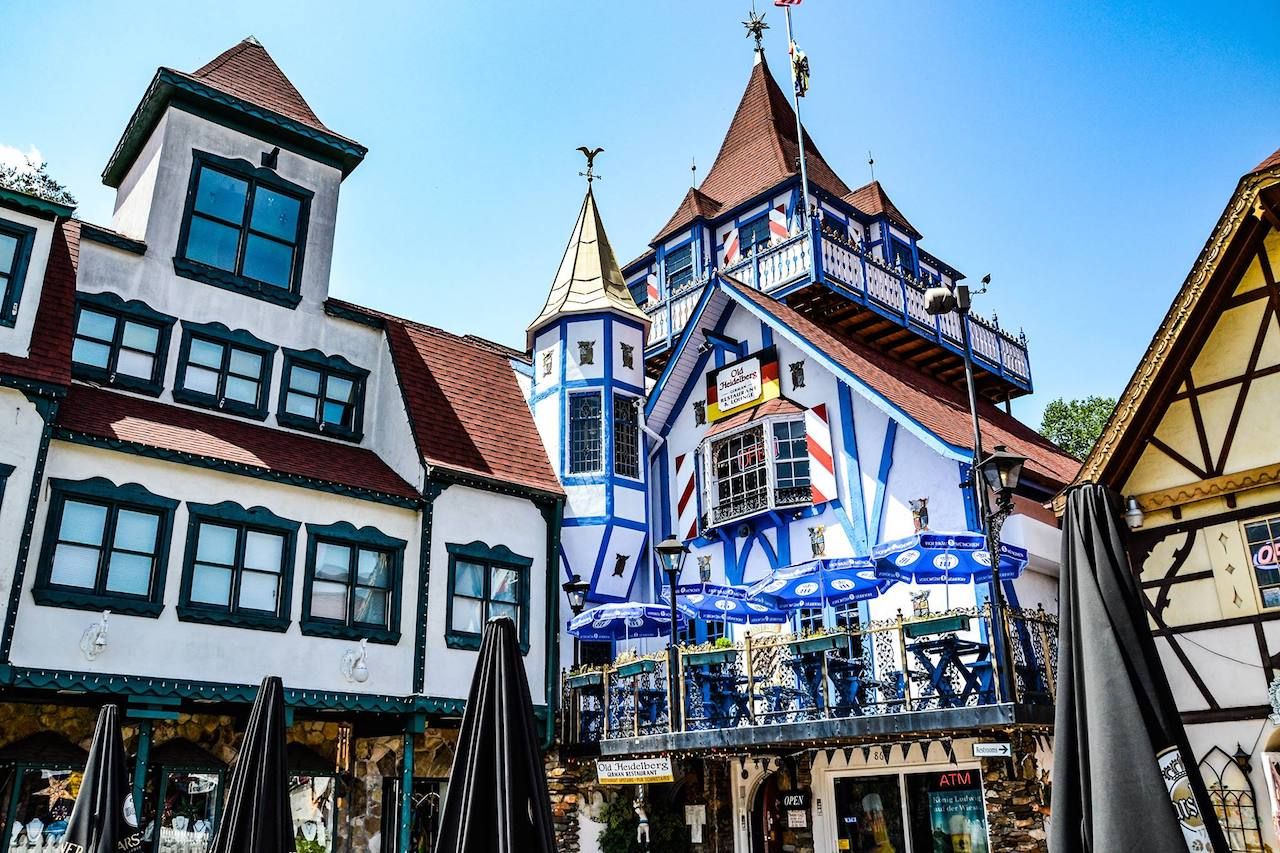 This small town in Georgia (population: 572) has one of the oldest Oktoberfest celebrations in the country — this year will be the 48th annual event. Located in the heart of the Blue Ridge Mountains, Helen is a replica of a traditional German village in the Alps. Specialty shops sell handcrafted German imports, and the local Festhalle offers authentic food and drinks. Expect to dance the polka with locals, and don’t forget to try out a few German specialities while you’re there. Local restaurants will be serving goulash, wursts, and Reuben sandwiches. 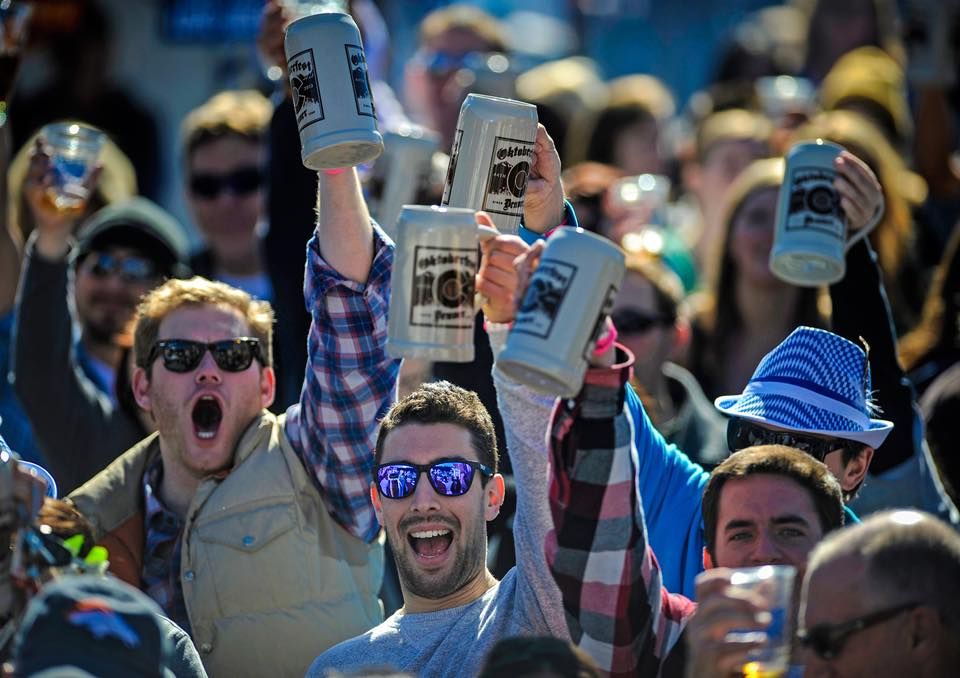 Denver really puts the “fest” in Oktoberfest, but kind of ignores the whole “traditional German” part. You won’t find many lederhosen or feather hats in Denver, but you will find a ton of craft beer, as well as live music from new contemporary artists. This more modernized celebration can be a welcome alternative for those simply looking for a lively festival atmosphere and some good German food, without all the extras. If you have a big appetite, this festival will likely appeal to you: Racks of pretzels, currywurst, potato salad, and even a Bavarian brunch will all be on offer. Need to work off all that food? You can always enjoy an epic game of keg bowling or take part in the stein-hoisting competitions. 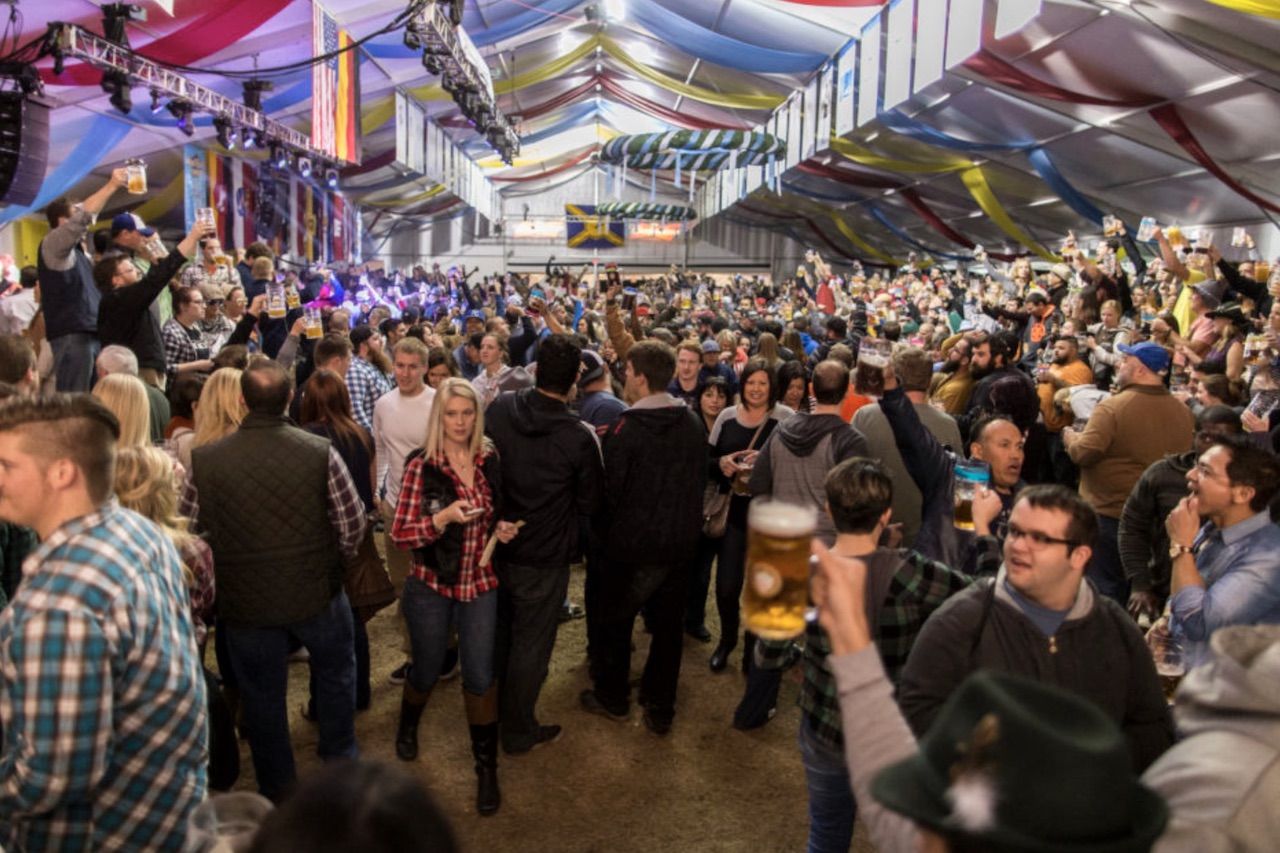 There’s nothing like a traditional German festival mixed with a slice of classic Americana. That’s what you’ll find in Tulsa’s Linde Oktoberfest, which combines the typical Midwest country fair atmosphere with German beer, food, and polka dancing. Get ready to embrace your competitive spirit, too. There are dachshund races, tug of war, and the “MassKrug Carry,” in which competitors attempt to carry around 35 pounds of beer across an obstacle course without spilling a drop. In Tulsa, people aren’t satisfied with a mere one or two-day celebration — their version of Oktoberfest lasts four days, from October 18 to 21. 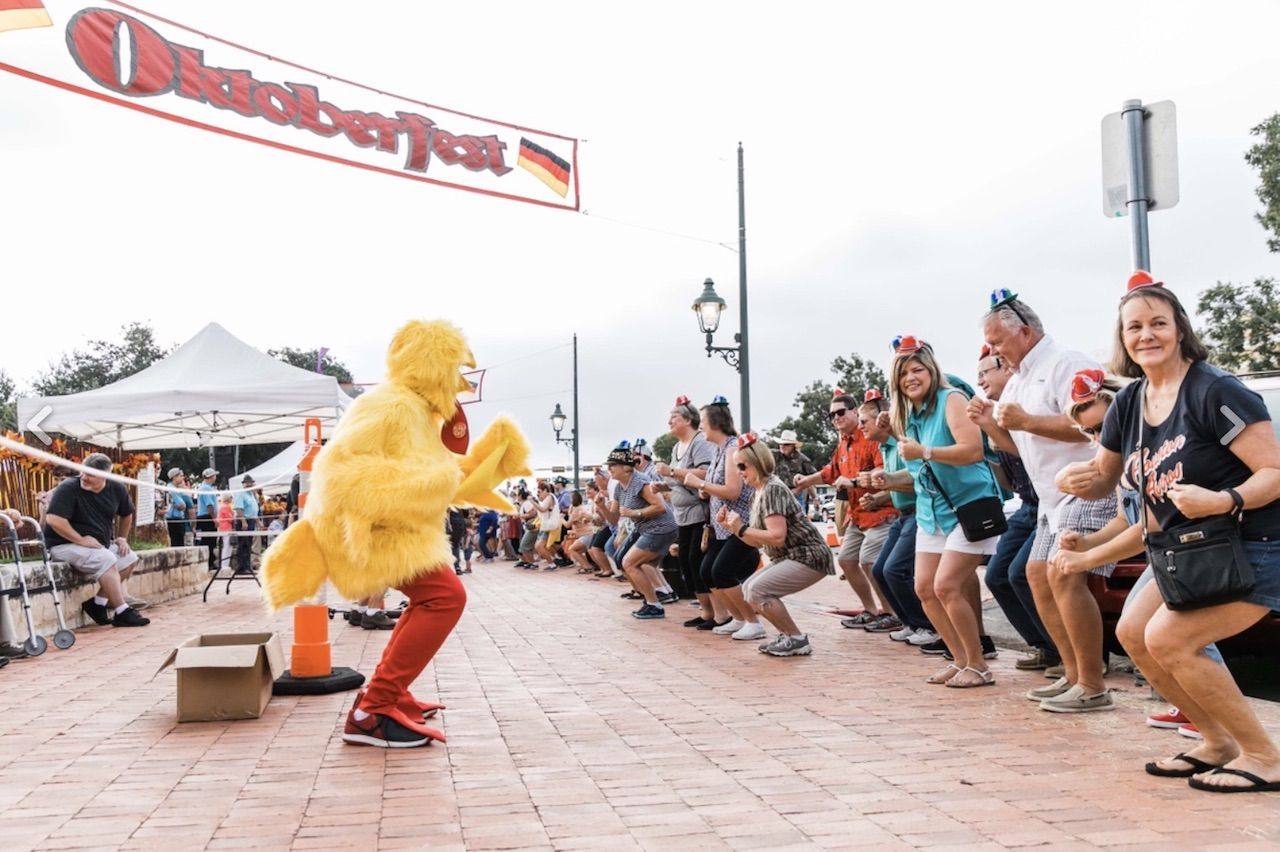 Texas isn’t all BBQ and rodeos. The town of Fredericksburg honors the traditions and stories of its original German settlers year-round, with museums, historical farms, and German heritage events. So, of course, they take Oktoberfest pretty seriously. The celebration completely takes over the town, including a traditional Hauptstrasse Chicken Dance, and the “OkTubaFest” live tuba performance. If you’re looking for a more relaxed activity, the festival also holds a 42 tournament, which is a domino game invented in Texas. The food selection is expansive. You’ll find all the traditional German options of course, but pickle on a stick, funnel cake, and corn dogs are also available. 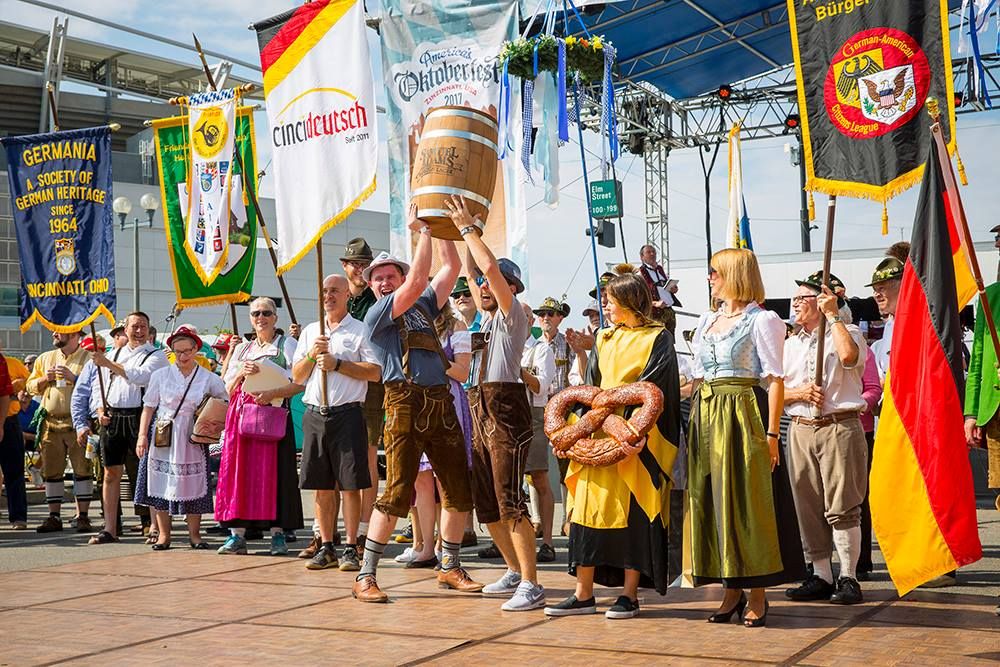 If you’re looking for the biggest party, you need to check out Zinzinnati — America’s largest Oktoberfest celebration with over 500,000 annual attendees. From September 21 to 23, Zinzinnati is filled with German music and food — including bratwurst, soft pretzels, and jumbo pickles — and tons of Sam Adams’ OctoberFest beer. You can also flex your beer mug muscles in the stein-holding contest. Zinzinnati names one lucky daschund “King or Queen of the Wiener Dogs!” If that’s not enough adorable-ness for you, the festival is also home to what it claims is the “world’s largest chicken dance.” After the dancing ends, check out the brat-eating championship. 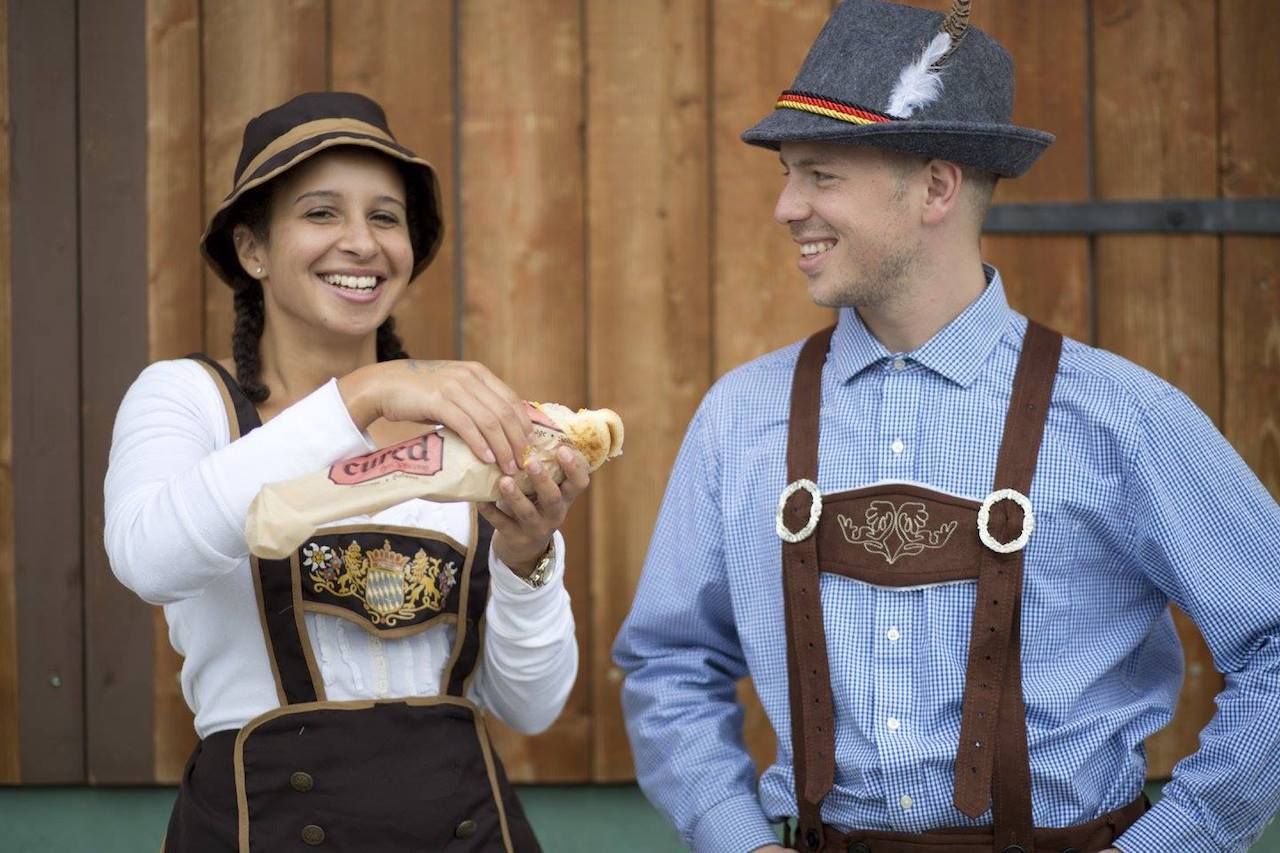 Leavenworth is a Bavarian village year-round, and Oktoberfest is its time to shine. Spread over the course of three weekends (October 5-6, 12-13, and 19-20), you can partake in all the classic Oktoberfest activities with the snowy Cascade Mountains in the background. It’s not a little village in the Alps, but it sure looks like one. When you start to get hungry, turkey legs, pulled pork sandwiches, and barbecue ribs are all on the menu. If your kids are coming along, a bouncy house and clown named L-Bow will provide entertainment. 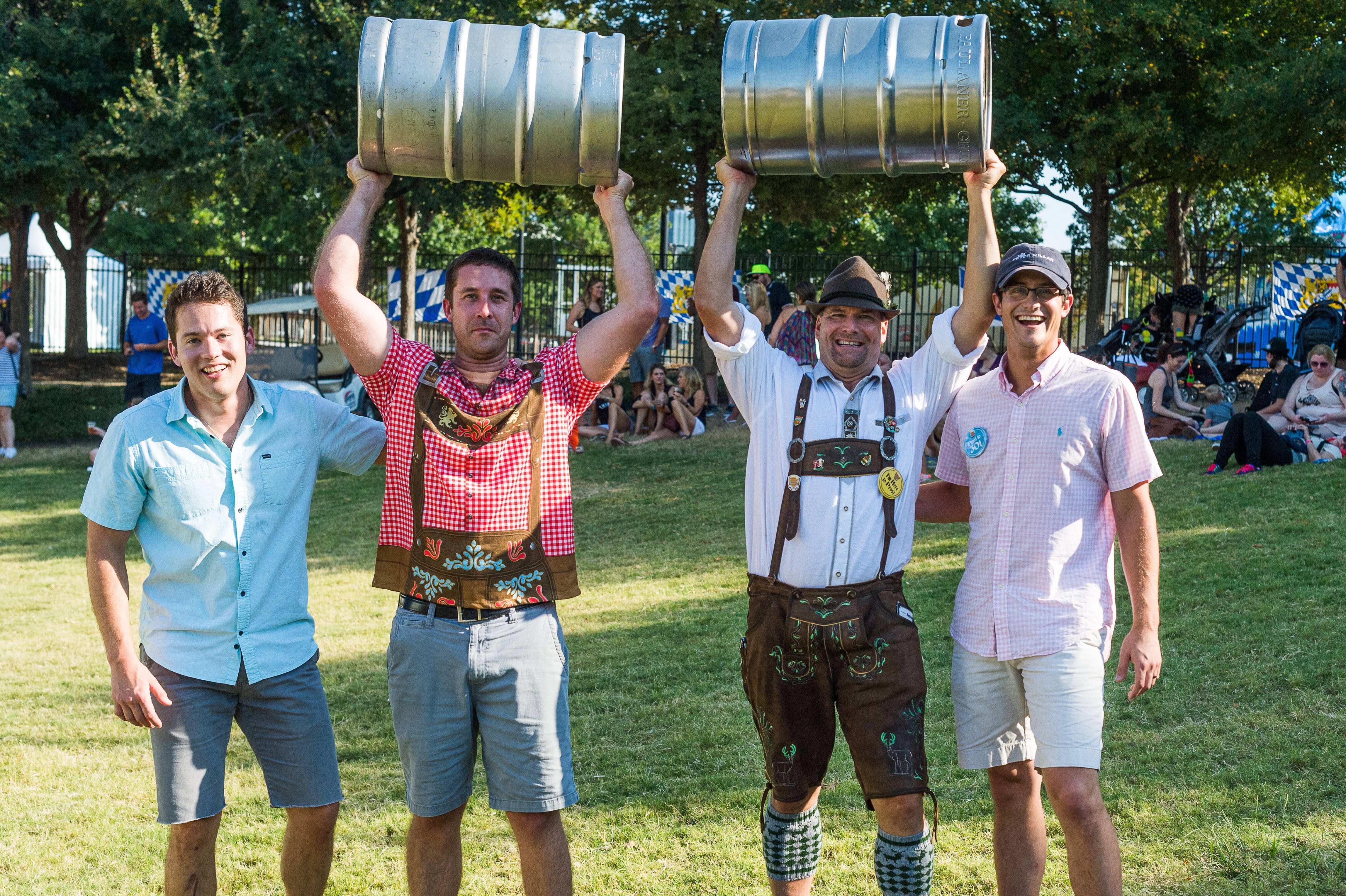 From September 19 to 22, 50,000 people come together to celebrate Oktoberfest in Addison. Grammy-nominated polka performer Alex Meixner will perform in 2019, and there will be plenty of games, too. Along with the traditional dachshund races and bier barrel rolling, there will also be a German yodeling contest and a German language spelling bee, so you better brush up on your German vocabulary. If you’re looking for a more upscale Bavarian dining experience when you’re done partying, try dinner at the Chamberlain’s Brau Haus. 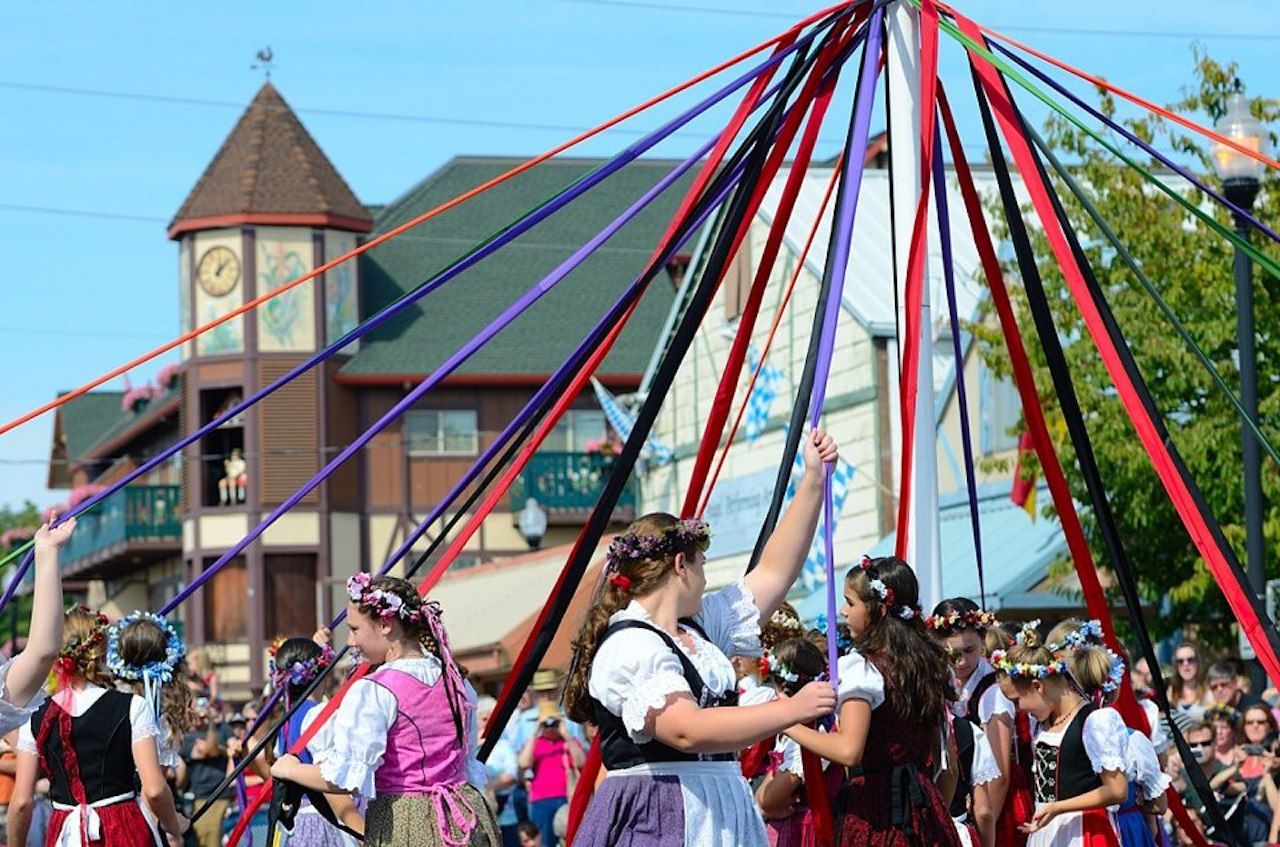 300,000 people flock to this small Oregon town, founded by German settlers in 1867, for the Mount Angel Oktoberfest. From September 12 to 15, Mount Angel is exploding with activity. There’s a May Pole Dance, pedal tractor race, golf tournament, car show, and weiner dog races, to name just a few of the spectacles you can check out during the festival. There are around 50 food stalls, many of which provide traditional German cuisine like brats, but you’ll also find Russian food and even fish tacos. 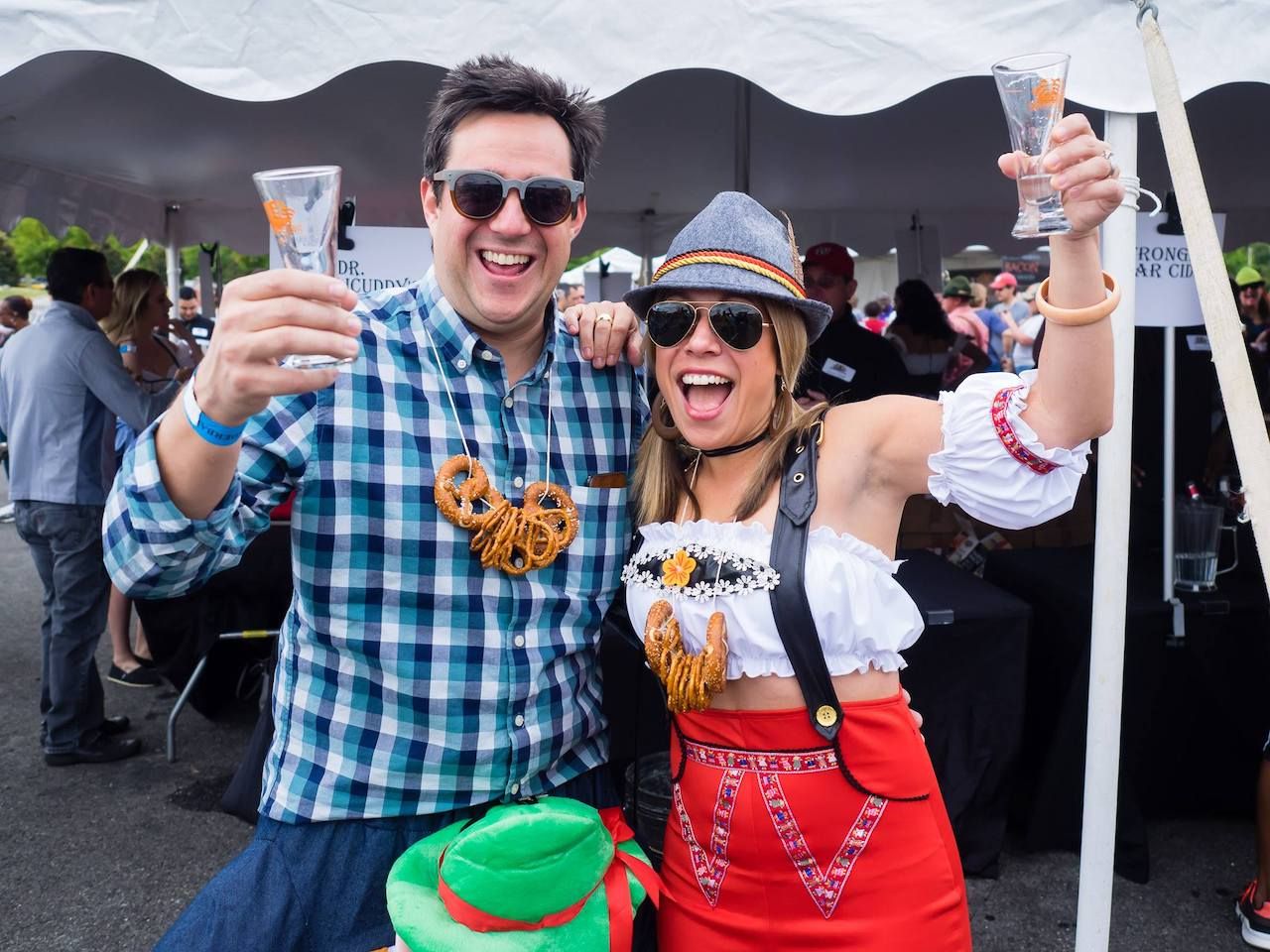 The longest running Oktoberfest in the midwest, nicknamed Das Beste, takes place annually in La Crosse, Wisconsin, from September 26 to 29. A royal family is named every year, which includes a Fest Master and Miss Oktoberfest. There are several parades during La Crosse Oktoberfest, including the Maple Leaf Parade and Torchlight Parade. One event, called Barks & Brews, allows our beloved canine friends to join in on the festivities. German beer will be flowing, but true connoisseurs will also want to check out the Craft Beer Night.

FestivalsCelebrate Oktoberfest by Drinking Lots of Beer on This Awesome Oktoberfest Train Through Colorado
Tagged
Festivals Trip Planning United States
What did you think of this story?
Meh
Good
Awesome