Buenos Aires is regarded by Argentinians as “the city that never sleeps,” and from a musical standpoint, they have a valid point. You can catch live music across the city from Monday to Sunday, with styles ranging from urban to electronic, rock to reggae, and classical to hip-hop. Visiting these venues presents a unique opportunity to get to know Buenos Aires through its most distinctive feature, its barrios (neighborhoods). Here are some of the most interesting venues, both mainstream and underground, that the city has to offer.

Buenos Aires is well-known in South America and beyond for its cultural centers — or centros culturales — which are large-scale event venues offering a range of activities including live music, typically at very affordable prices. There are dozens of these venues across the city, but check out the following specifically for their musical offerings. 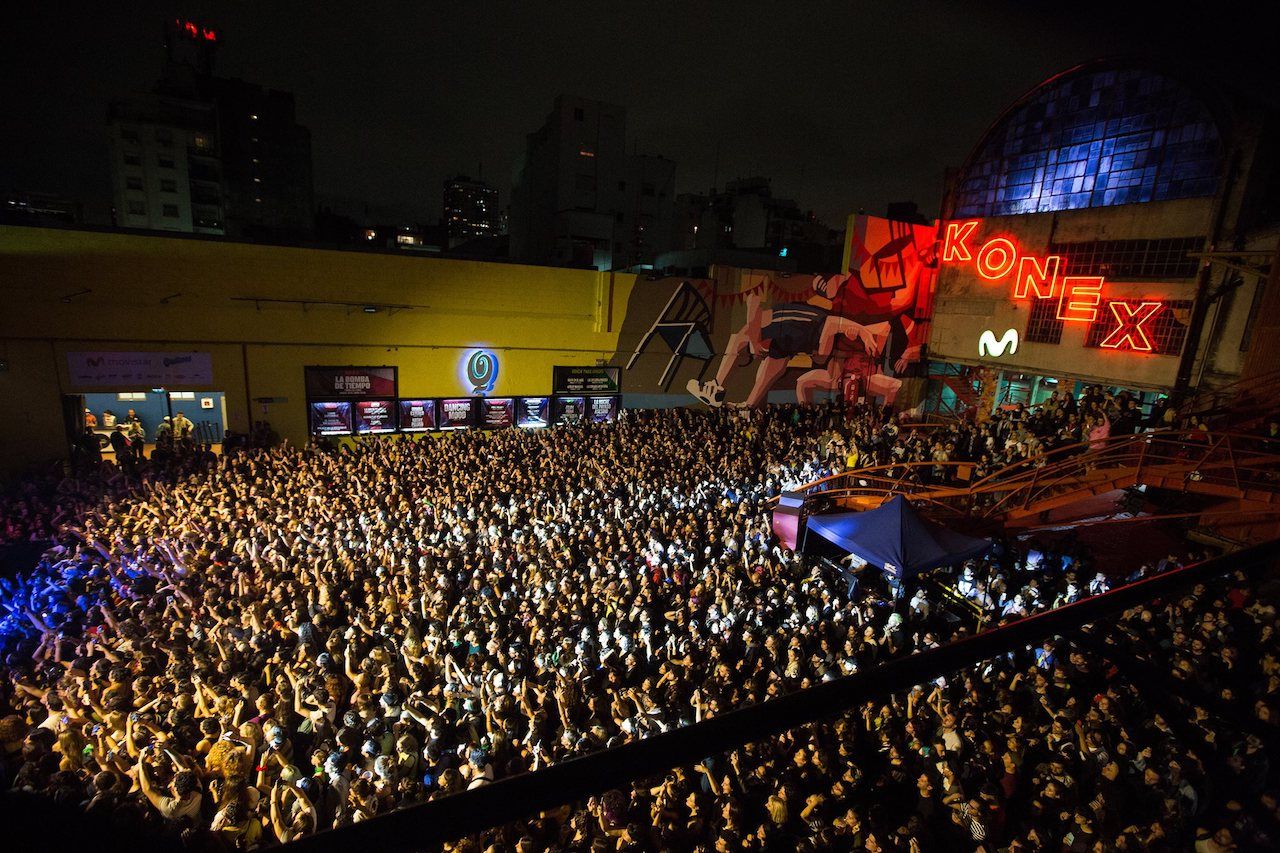 Located in the Abasto neighborhood, Konex is marketed as a “Cultural City.” Operating from a former oil plant and storehouse originally opened in 1920, Konex specializes in the alternative arts, so expect to see a diverse range of music here that is likely to be a bit off the “mainstream” path. Its industrial post-apocalyptic design and spacious rooms make it a good place to dance and chill after a typical Buenos Aires week. Konex is popular among travelers and locals for hosting La Bomba de Tiempo, a drumming party that has taken place every Monday at 8:00 PM for the past 13 years. You should definitely experience La Bomba de Tiempo on your trip as its rapid-fire percussion sessions encapsulate the rhythmic soul of Buenos Aires perhaps better than any other ongoing event. Konex hosts other regular activities such as music festivals and drama performances. 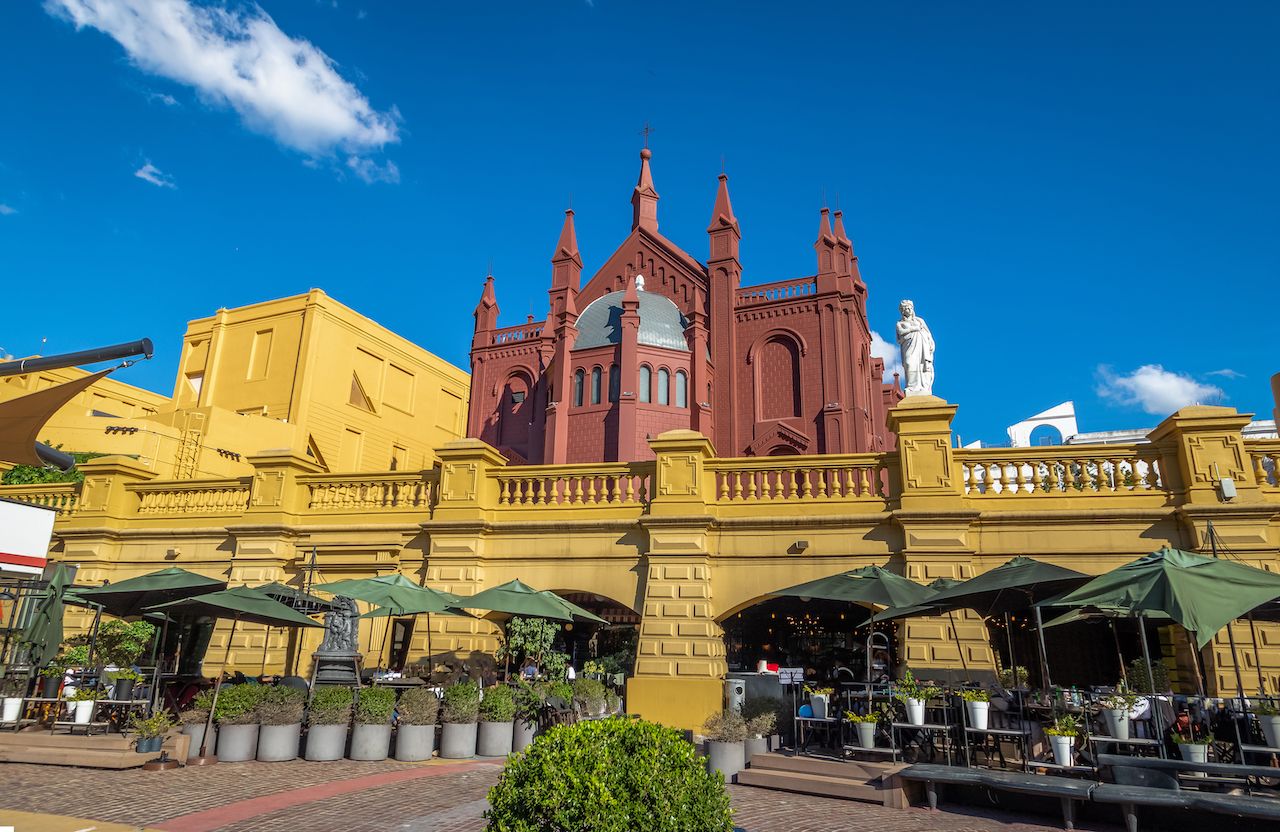 Centro Cultural Recoleta towers above Buenos Aires’ posh Recoleta neighborhood. It first opened in the 1980s but has kept up with social changes to remain a hub driven by those still young enough to go out every night. Currently, it offers a wide selection of events presented by millennials and centennials. There’s live music, poetry, exhibitions, freestyle rap competitions, break dance, beatbox, ludic games, and just about anything else you’d see in a nightclub all happening in the same place and, most importantly, for free. 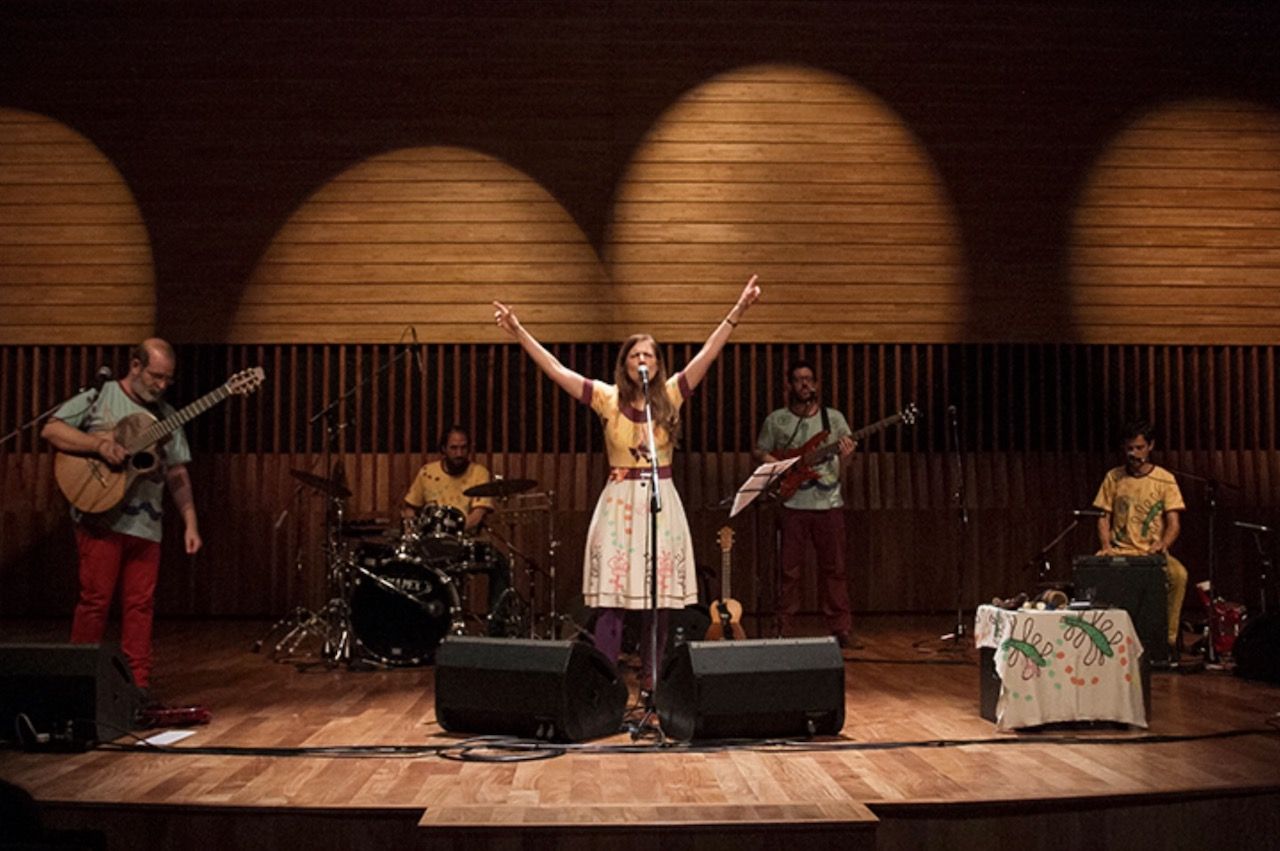 The Centro Cultural Kirchner is the largest cultural center in Latin America and the fourth largest in the world. Located in the former Central Post Office of Buenos Aires, its premises includes a concert hall, five auditoriums for theater and concerts, 18 halls for poetry readings and other events, 40 rooms of art and history galleries, 16 rehearsal rooms, and two rooftop terraces. The main concert hall, La Ballena Azul (The Blue Whale), is a blimp-shaped, three-story auditorium and opera house with 1,950 seats. The defining feature, though, is a German Klais Orgelbau pipe organ with over 8,000 pipes. The venue is frequently used for classical music events and piano concerts, though you’ll also see rock, blues, and Argentinian folklore shows from time to time. 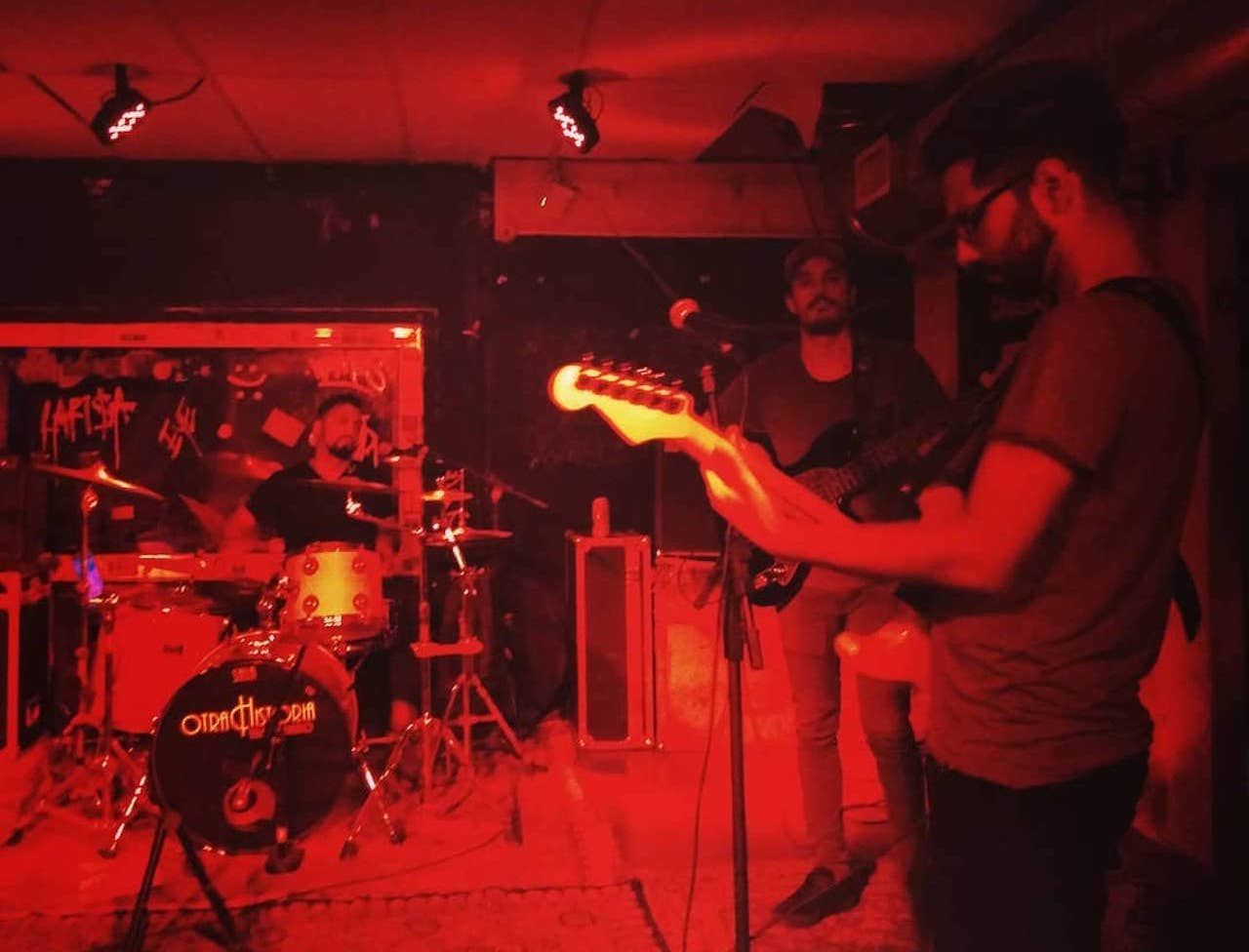 You will not find a place like Otra Historia anywhere else but Buenos Aires. Located in the heart of the Villa Ortuzar neighborhood, Otra Historia hosts dozens of different shows and DJs every night. Upon entering, you will come across multiple doors leading to different rooms, each with special events. Enjoy a punk rock show, a tech-house rave, or a trap party, or bounce between multiple shows. No matter which room you choose, the drinks are delightfully cheap. 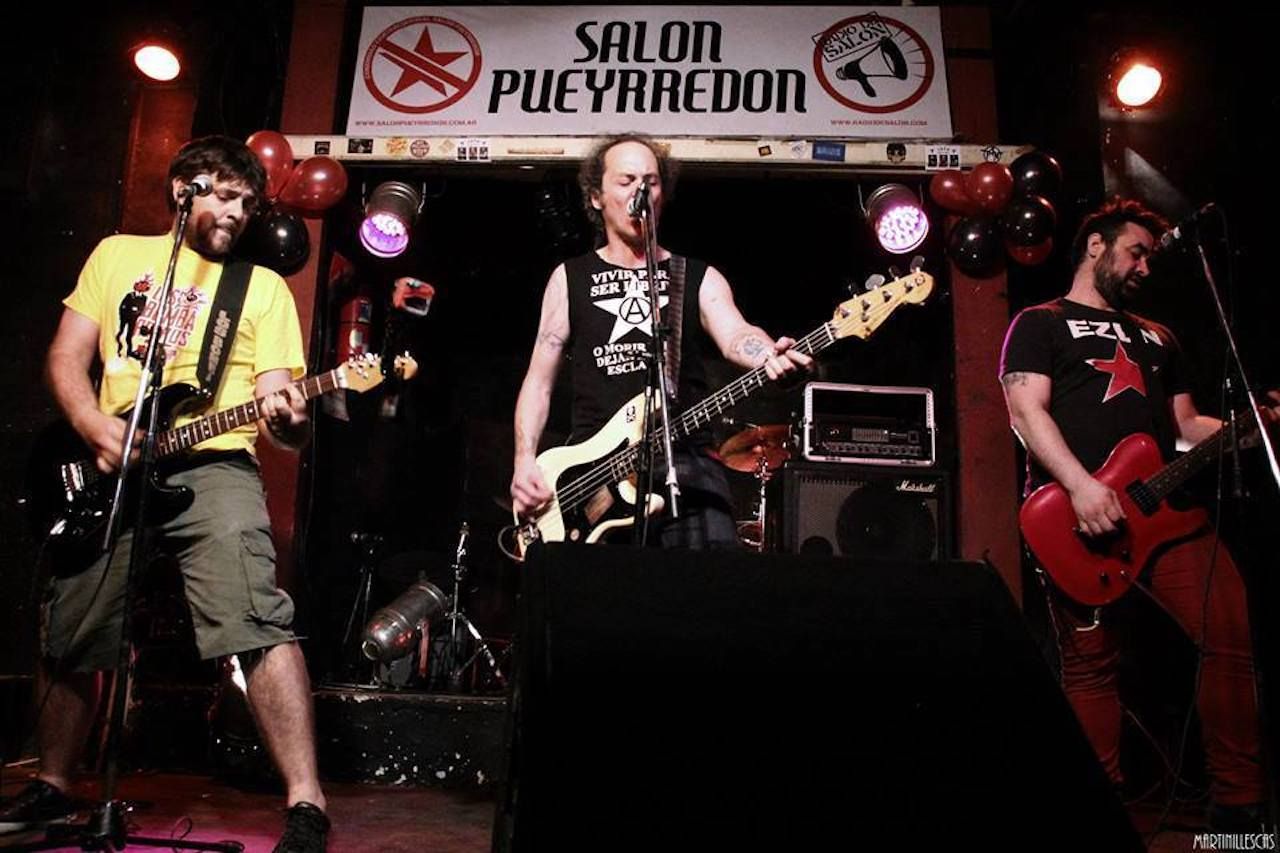 Located in the Palermo Bronx neighborhood, Salón Pueyrredón is an underground venue reminiscent of CBGB — you can experience live music for a few pesos. Historically reserved for punk and post-punk shows, it has recently become available for indie and hard rock bands. When bands aren’t on stage, DJs play vinyl usually from the ‘70s and ‘90s from a beautiful balcony overlooking Avenida Santa Fe. You can smoke a cigarette while drinking your beer or the classic Fernet Branca, to do as the club’s regulars do. Near the venue you will find 24-hour pizzerias, an ideal choice to finish up the night as porteños do.

Other places you should visit for live music in Buenos Aires 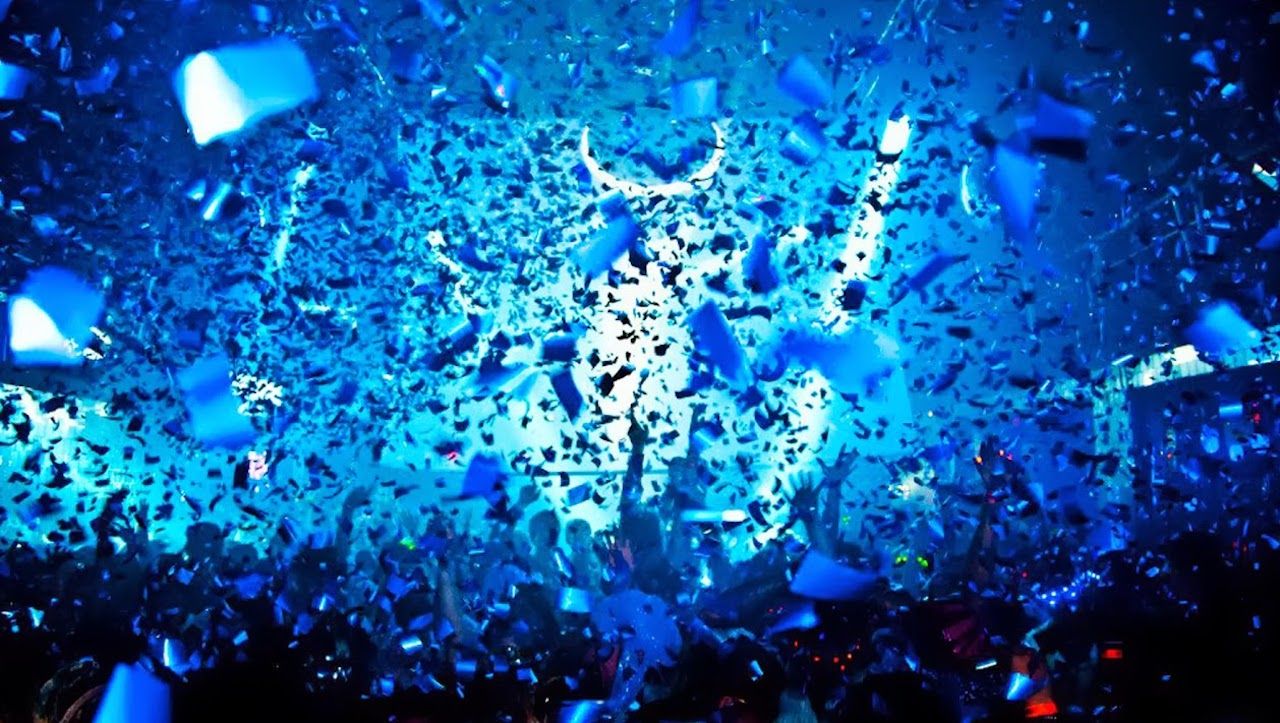 Niceto has become one of the most popular venues in the city. It’s packed most nights but has still managed to hold on to its “hipster cool” feel, probably because many respected names in the Buenos Aires music scene have graced the stage. Located in the heart of the trendy Palermo neighborhood, Niceto is frequented by national and international artists and accommodates every musical style you can imagine. This venue is regarded by many as a must for local artists looking to make the jump from underground to mainstream. On weekends, and after midnight on other nights, you can enjoy DJs and occasional recurring parties such as Fiesta Bresh. 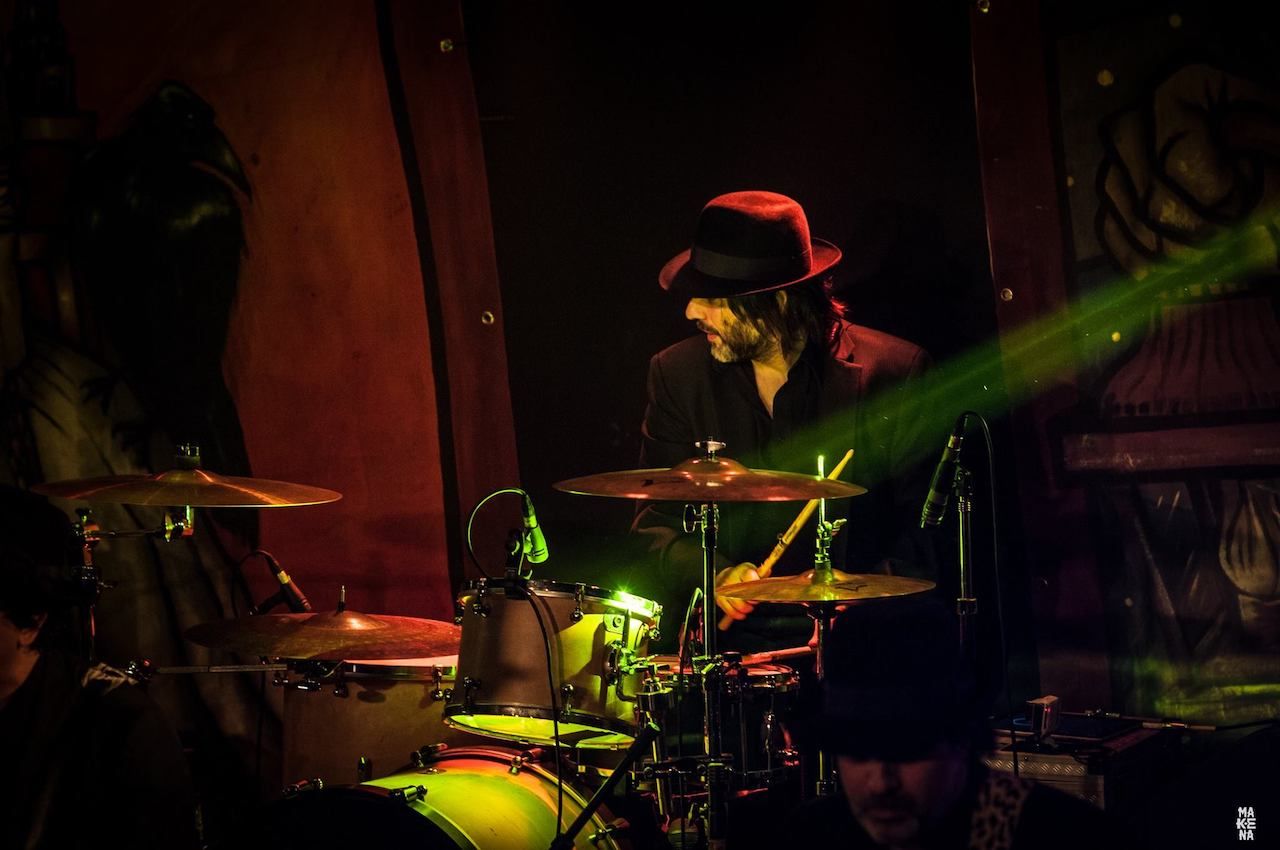 Makena Cantina Club is a small but lively venue for local concerts. Situated in Palermo’s prime nightlife district, musicians and bands are invited to play on the stage above the bar, one of the more unique settings for music anywhere in the city. The space in front of the bar typically becomes the dance floor, and is a good spot to work on your tango or other dance moves in a setting with plenty of alcohol. Makena Cantina Club organizes a range of different events — you’ll find everything from funk to hip-hop to soul. Don’t miss its Sunday Afromama jams, a popular event with locals that has been on for the last 14 years. 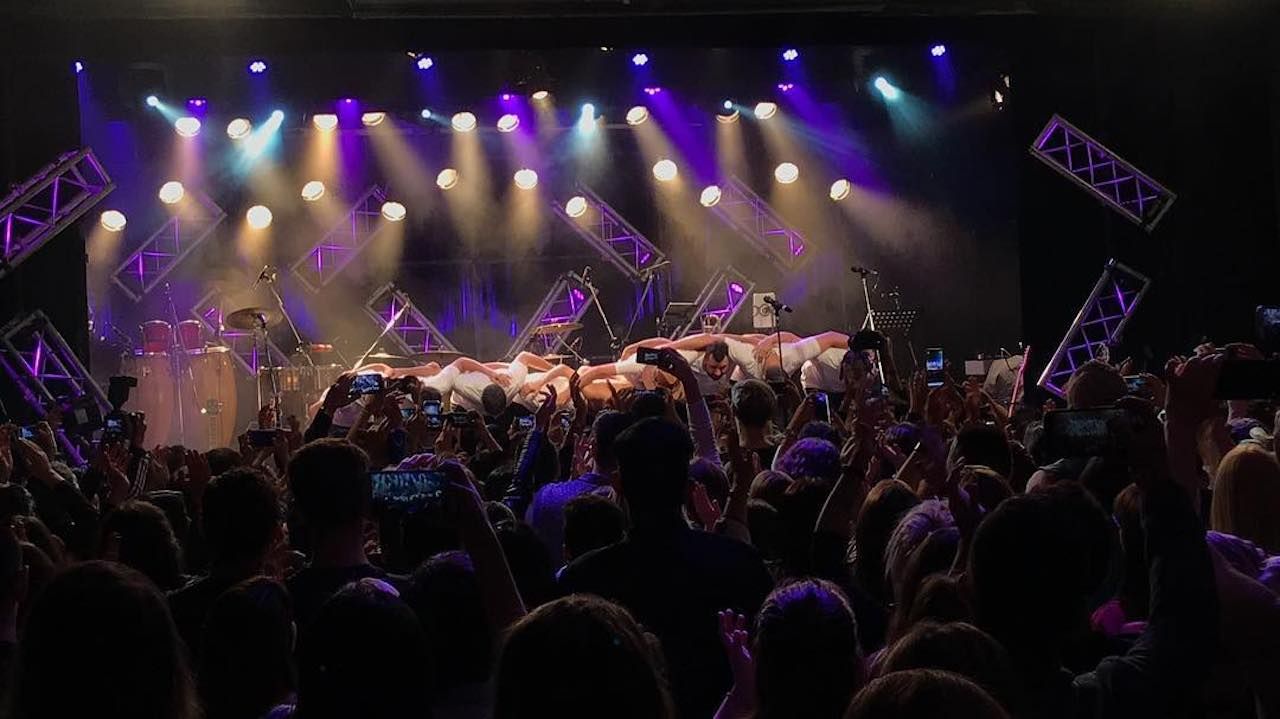 La Trastienda is located in the traditional San Telmo neighborhood and is the chosen venue of both national and international touring rock and pop artists. Big names in the South American circuit come through on a regular basis, though the majority haven’t broken into the US scene and as such, you may not be able to join the chorus of fans screaming every word. Still, the theater is beautiful and the shows are always lively, making for a great anchor to a night out in San Telmo. If you’re planning to attend a show here, you should definitely make time to visit the colorful streets, pubs, and restaurants in the surrounding area. There’s a unique feel to San Telmo that is difficult to replicate elsewhere. 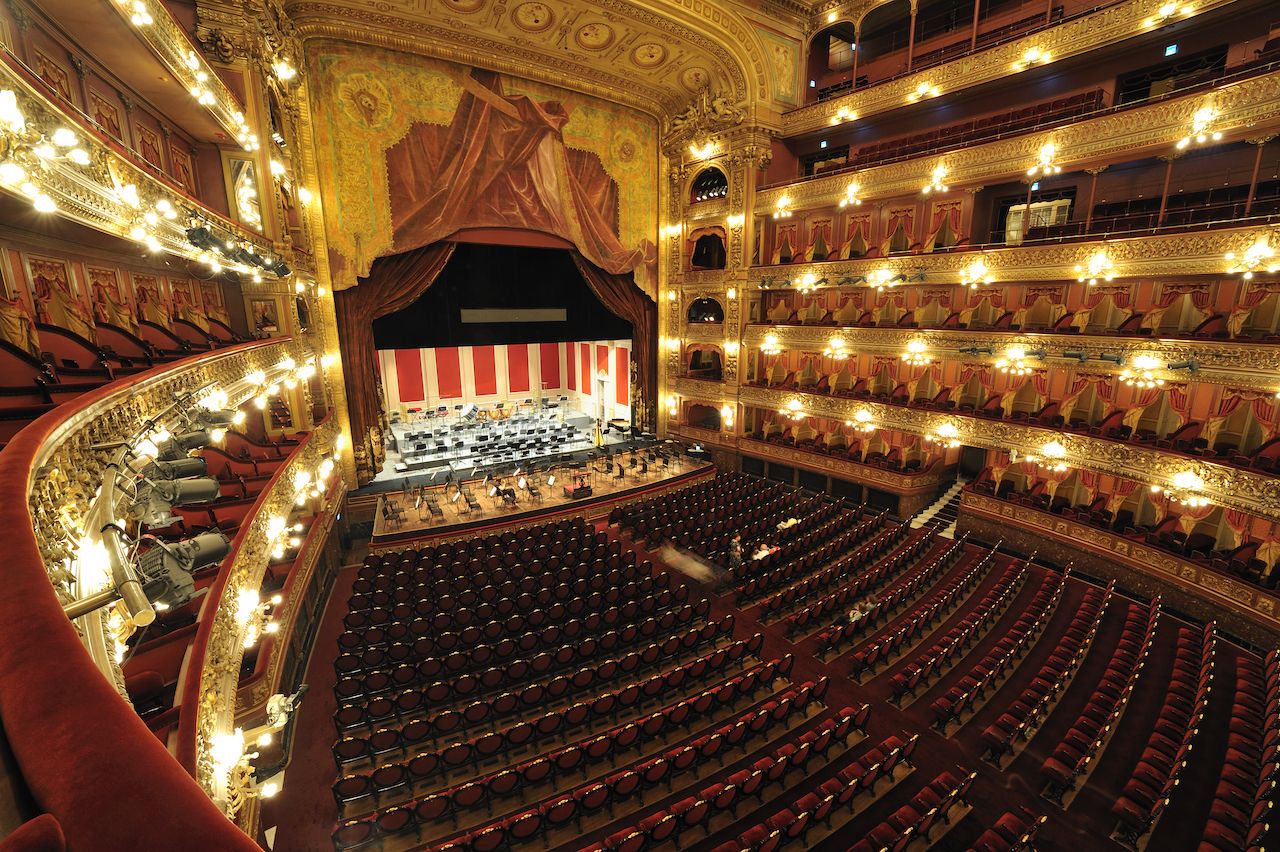 If you want to listen to some classical music or an opera, Teatro Colón is the place to go. Inaugurated back at the beginning of the 20th century, this theater is one of the most important architectural works in the city, featuring the grand Golden Room inside and its masonry facade that rises above the adjacent Plaza Lavalle. The venue is renowned for its acoustics, a major reason for its recognition as the top opera house worldwide by the industry publication Opera Wire. Please note that El Colón — as Argentinians call it — observes a strict dress code for the concerts, so don’t show up in flip-flops and a tank top.

Food + DrinkEverything you need to know about asados in Argentina
Tagged
Music + Nightlife Restaurants + Bars Trip Planning Buenos Aires, Argentina
What did you think of this story?
Meh
Good
Awesome

12 destinations that inspired the world’s most famous writers
The 8 best movies and shows to watch before going to Paris
The wildest pavilions on display at Expo 2020 Dubai right now
20 years later, here is how “The Lord of the Rings” has changed New Zealand
Every roller coaster at Cedar Point, ranked

The 11 best Airbnbs in Buenos Aires

Buenos Aires: Don’t call it the Paris of South America

Why Buenos Aires is the most fashionable place on the planet

A totally biased guide to the best pizza in Buenos Aires

How to become a porteño in 19 simple steps

Beyond Palermo: The 3 hottest up and coming neighborhoods in Buenos Aires

A guide to the legendary parrillas of Buenos Aires: Where to go, what to order