Buenos Aires has 48 official barrios, each with an identity of its own. But because you’re on a schedule and don’t have time to check out the city’s every nook and cranny, we recommend you focus on the most picturesque and liveliest parts of town, like Palermo, Villa Crespo, Puerto Madero, San Telmo, La Boca, Recoleta, and Microcentro. There, you’ll be able to see beautiful architecture; experience the local nightlife in peñas and tango or jazz venues; enjoy the many amazing green spaces tucked into the urban environment such as Bosques de Palermo and Reserva Ecológica; and take in life in Buenos Aires like a true porteño. 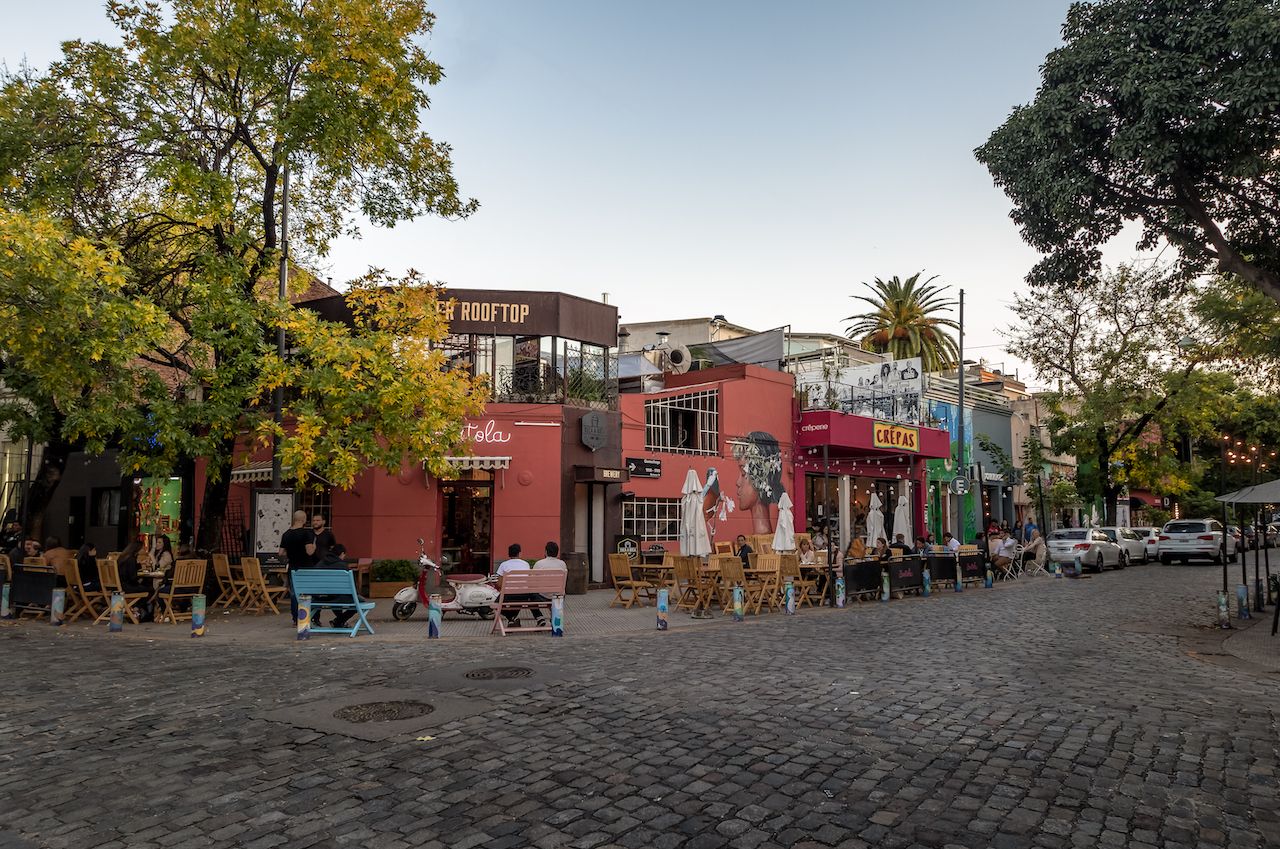 Palermo — Palermo is the largest barrio of Buenos Aires and it’s a great area for visitors to see street art, stay, go out, eat, and shop. The top sight in Palermo is MALBA, a museum dedicated to 20th-century Latin American art. But for those who prefer to spend time outdoors, the neighborhood is also home to many green spaces, including Bosques de Palermo, a huge urban park where porteños hang out during the evenings and weekends. Because it is quite big, Palermo is divided into smaller sections, some of which should definitely go straight to the top of your must-hit list. 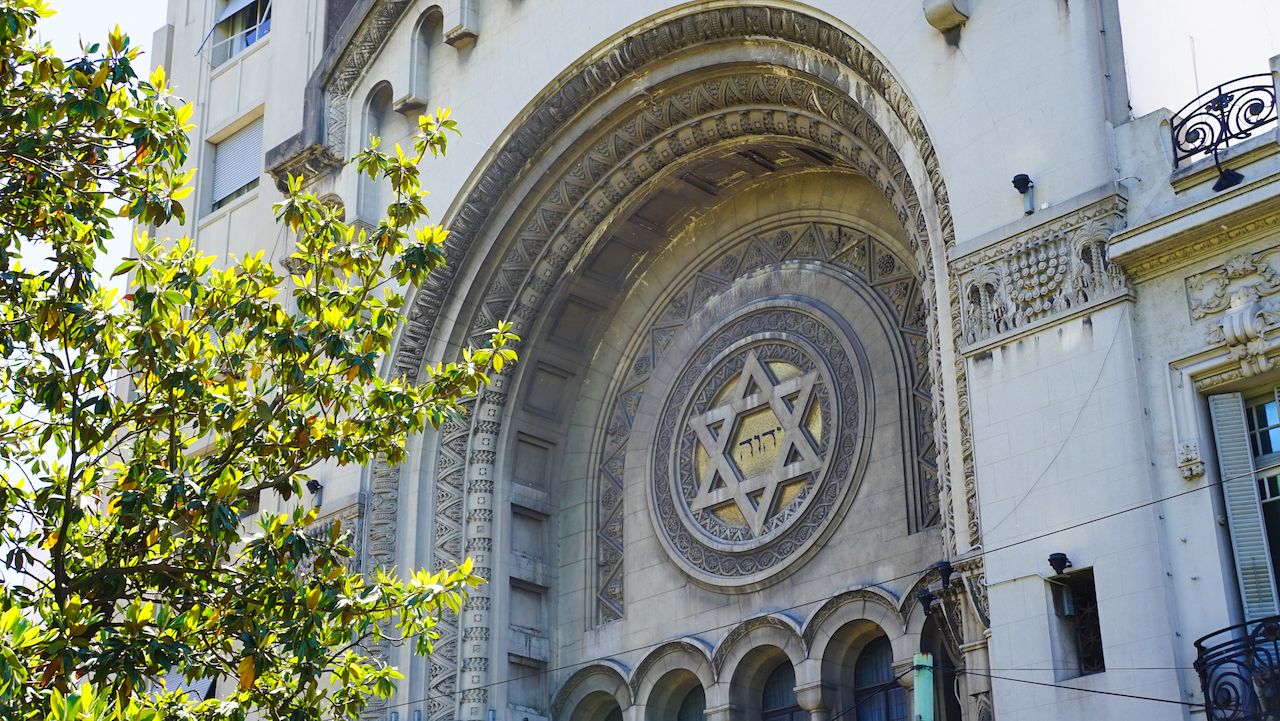 Villa Crespo — Villa Crespo is slowly becoming the trendiest spot in the city (move over, Palermo), but there are few tourists in the know, so it’s mostly filled with hip porteños and expats dropping cash on fancy shoes and brand-name clothing or trying out some of the barrio’s craft beers and restaurants. Villa Crespo is also the core of the Jewish community in Buenos Aires, so it’s a great spot for delis and eateries with kosher, as well as Arabic, food. 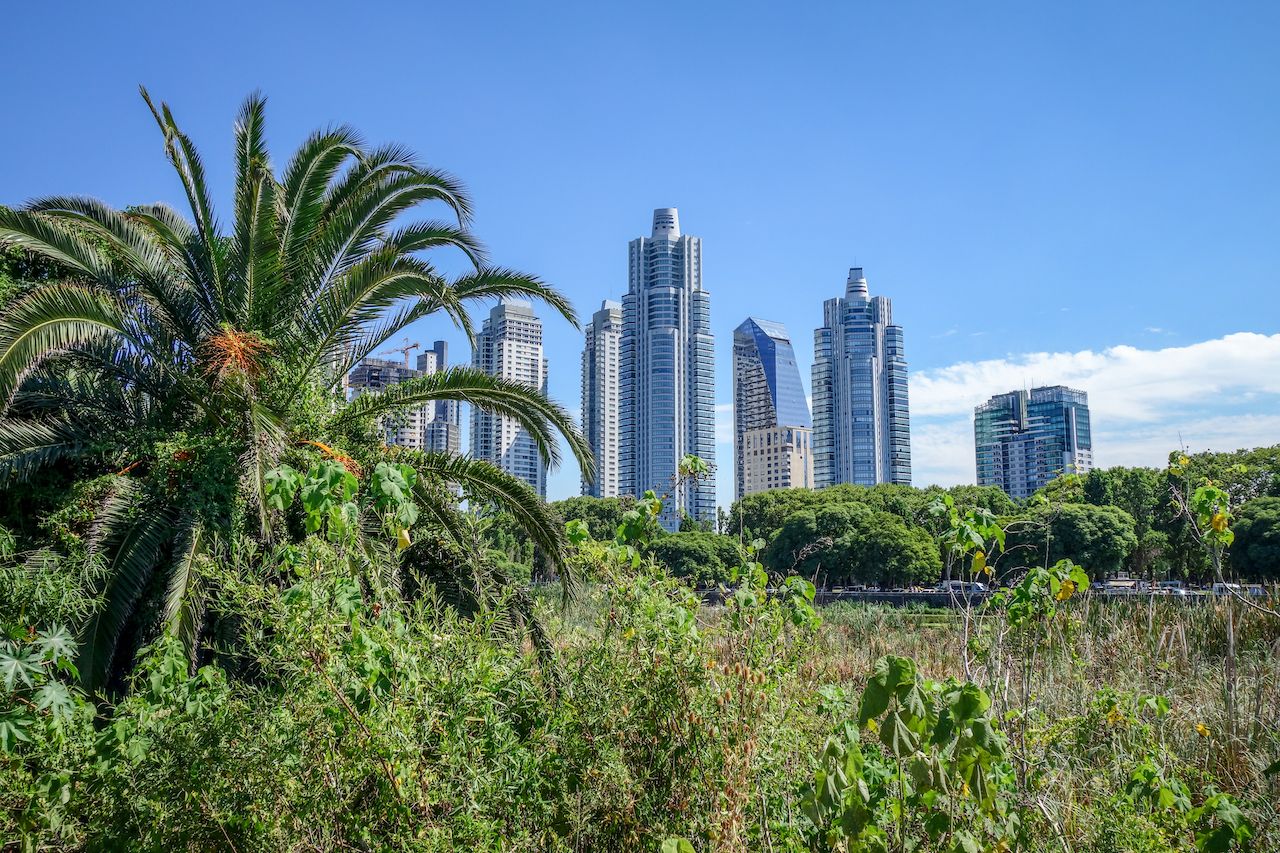 Puerto Madero — Puerto Madero is the slick and modern part of Buenos Aires, but it’s not all about shiny office buildings, fancy condos, and refurbished docks — there are many cool (and cheap) activities to be had in the neighborhood. Walking along the docks is a great way to enjoy the vibe and check out the port, and the 864-acre Reserva Ecológica, the city’s biggest and most biodiverse green space, is a must-see. The barrio is also home to some great street food vendors (close to the natural reserve), so be sure to try a choripán or bondiola. 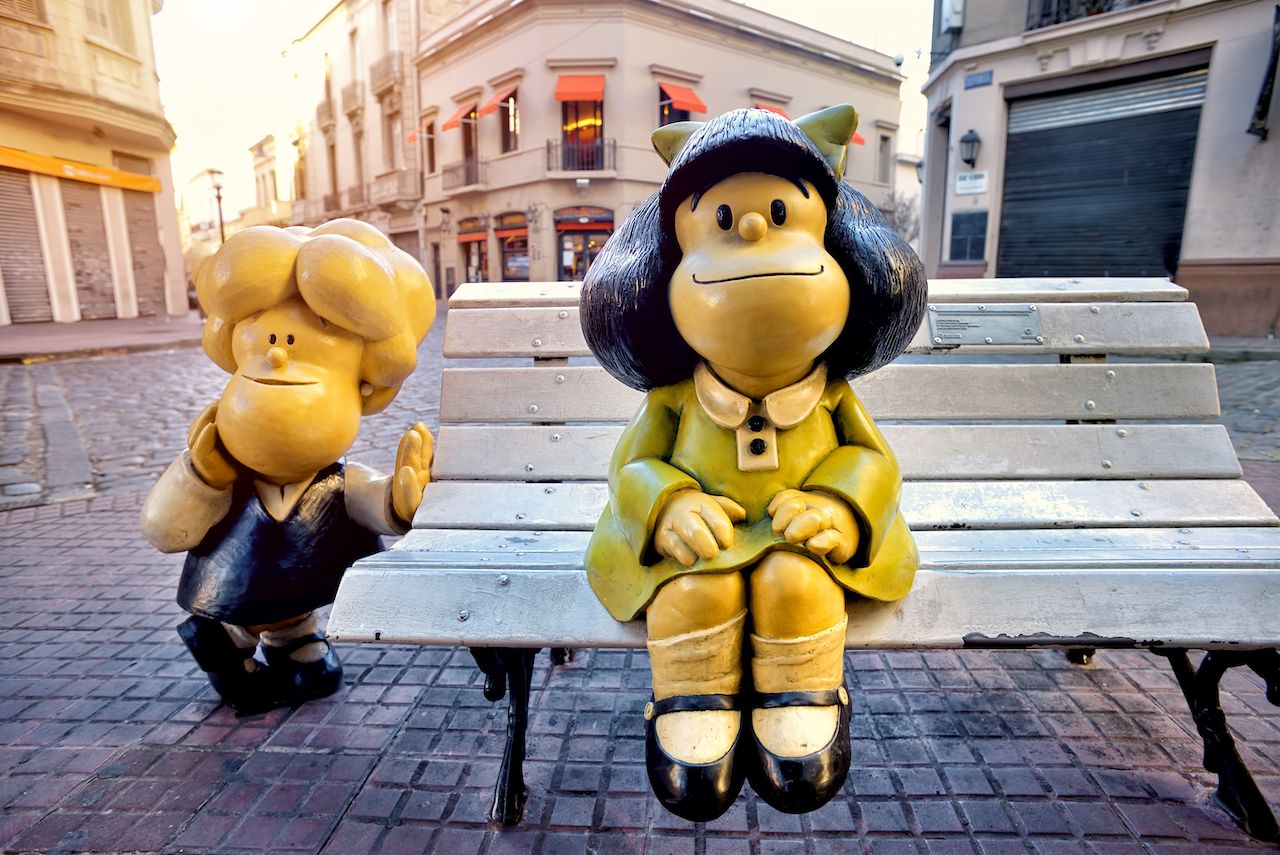 San Telmo — San Telmo is the birthplace of tango, Argentina’s most ubiquitous claim to fame, so if you want to catch a performance, it’s the place to be. But the neighborhood has more to offer than tango; its cobblestone streets house many antique shops, as well as plenty of cafes, bars, and restaurants. The place is super busy with crowds checking out the antique fair on Plaza Dorrego on the weekends, so we suggest you visit during the week. This neighborhood is full of cool street art (don’t miss the adorable Mafalda monument) but it’s also known for being one of the places where foreign visitors get robbed the most, so just be mindful of your stuff while you wander around.

La Boca — La Boca is probably one of Buenos Aires’ most popular neighborhoods among visitors — the Caminito, a short pedestrian street filled with colorful corrugated-iron houses, is an amazing background for anyone looking to take great photos. Although very touristy, it’s also a working-class barrio worth checking out if you want to see how porteños live. La Boca is also home to La Bombonera, one of the most famous soccer stadiums in the world. 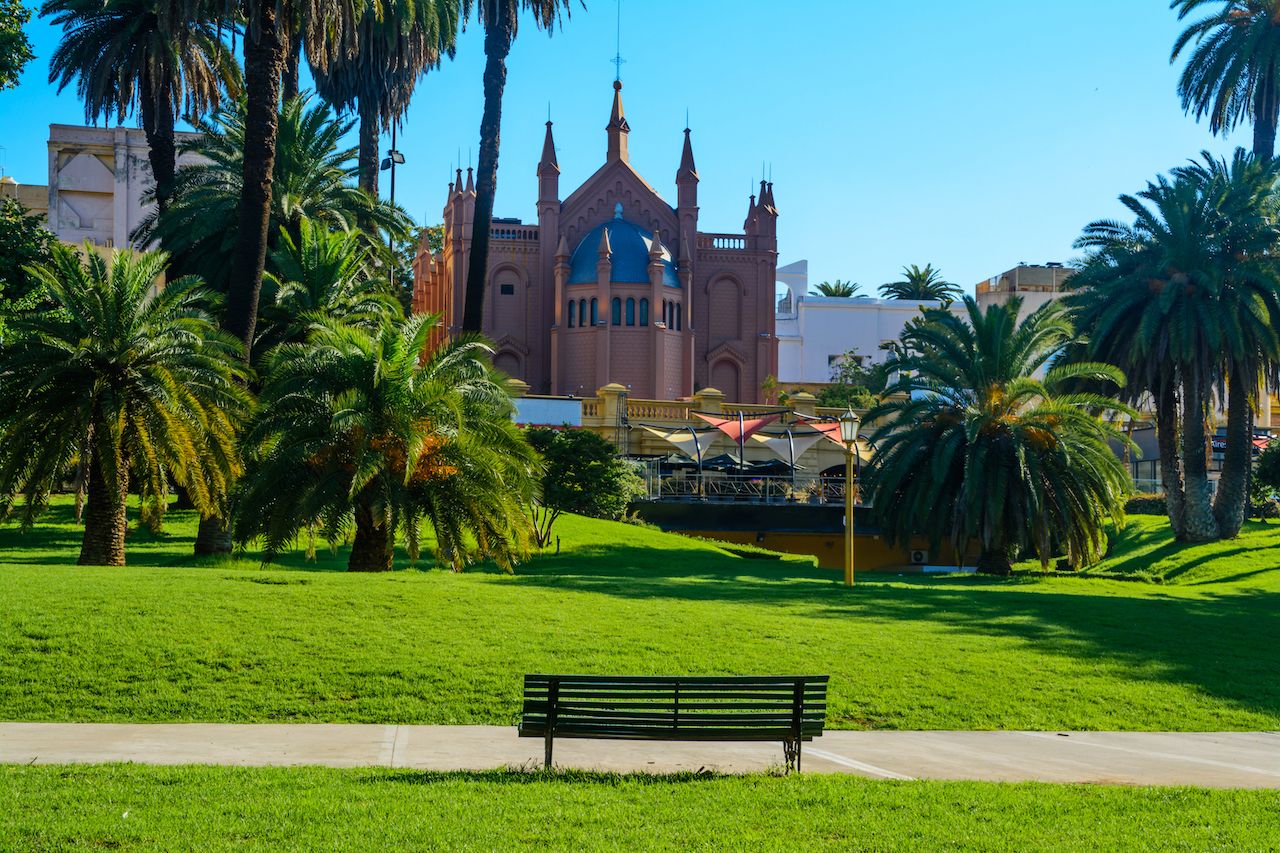 Recoleta — La Recoleta is the posh, “old money” neighborhood of Buenos Aires and it shows in the grand architecture and chic boutiques. If you’re fond of tea houses, you’ll get your fill here, but we suggest that those in search of something a little stronger check out some of the hip bars in the area. The top sight in this barrio is its ornate cemetery, so take a few hours to wander and check out the fancy tombstones. The craft market in Plaza Francia during the weekends is also a sight to see. If it’s one of the best bookstores in the world that you want to visit, go to the stunning Ateneo Grand Splendid — you’ll never order anything off Amazon again after seeing it. 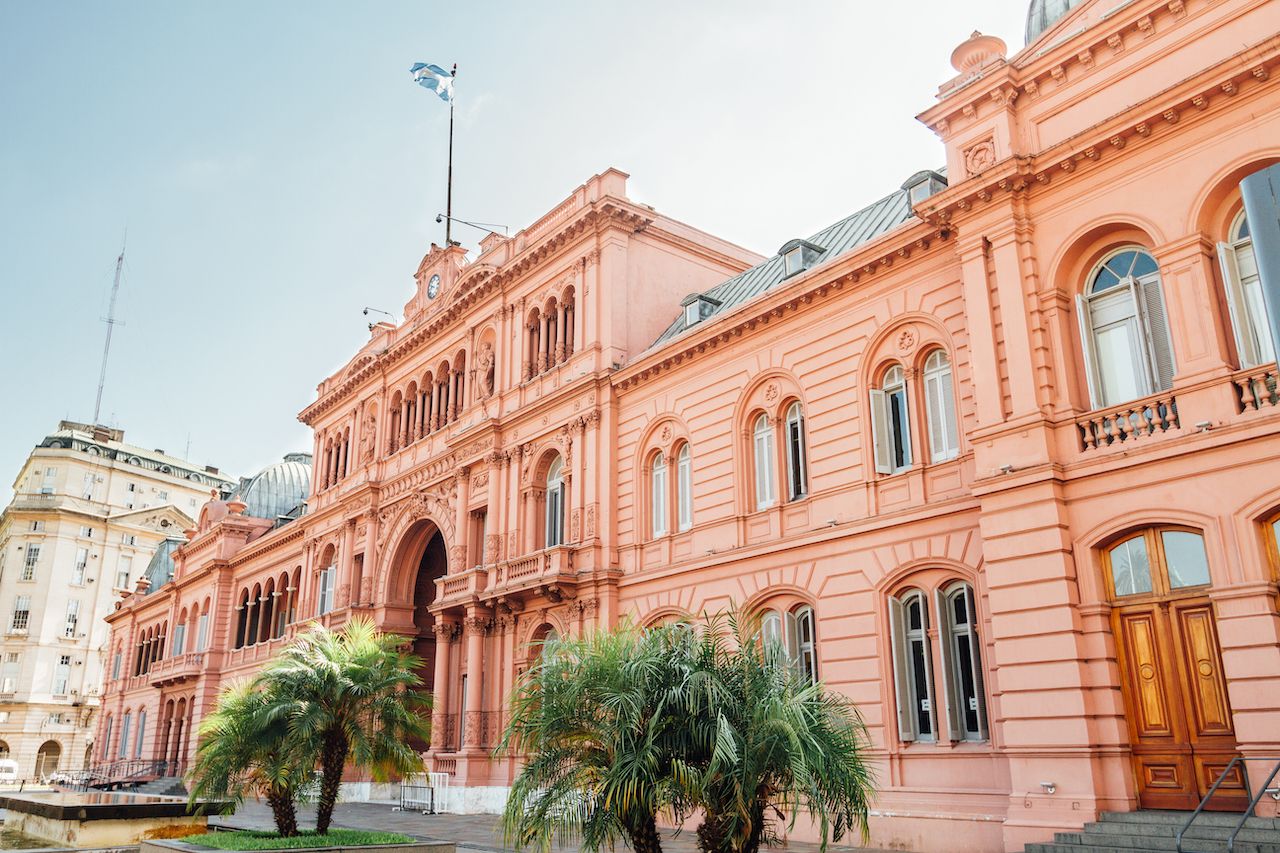 Microcentro — Microcentro is busy with tourists and locals alike. If it’s shopping you’re after, hit Calle Florida, but if you’d rather lay off the spending and take in some culture, we suggest that you go check out Casa Rosada, the rose-colored presidential offices, for a quick selfie. Then walk around Plaza de Mayo, the heart of the city, and take a stroll down Avenida de Mayo for about 20 minutes to visit Palacio Barolo, Buenos Aires’ most emblematic building. The place was inspired by Dante Alighieri’s Divine Comedy, so each of its 22 floors has symbolic references to it, and you get a fantastic view of Buenos Aires from the top floor. This is one of the best areas to see neoclassical architecture, such as the National Congress building, the Governor’s Palace, Colón Theatre, Metropolitan Cathedral, and the Galerías Pacífico shopping mall.