When you go out in Buenos Aires, expect to stay out until the sun comes up. It’s common to go to a bar for a light drink after work, but bars and clubs don’t really start picking up for the night until after everyone is done lingering over dinner, which starts around 9:00 PM to 11:00 PM. So pace yourself — there’s plenty of time to enjoy your drinks and there’s no need to take shots at 1:00 AM. Luckily, taking time to enjoy your drink shouldn’t be a problem with all that Argentina has to offer.

Argentina makes world-class wine. The Mendoza region is most famous for malbec, and producers are also making quality white wine with the torrontés grape. Buenos Aires has also made a name for itself as a craft beer destination over the past decade. The one drink that you can’t miss in Buenos Aires, however, is the Fernando. It’s simply a mix of Fernet-Branca, a bitter Italian amaro, and Coca-Cola, and it’s the most popular cocktail in Argentina. So popular, in fact, that Argentina consumes around 75 percent of all the Fernet produced in the world.

If you’re looking for clubs rather than casual bars, Buenos Aires has plenty to offer depending on where you’re at in the city. There are salsa clubs, places that focus on traditional music called peñas folkloricas, swing dance clubs, and multi-level clubs that play reggaeton, pop, and EDM. There are also tango clubs, called milongas.

In short, Buenos Aires is a big city with lots of places to go out to suit every type of partier. Here’s where you should start. 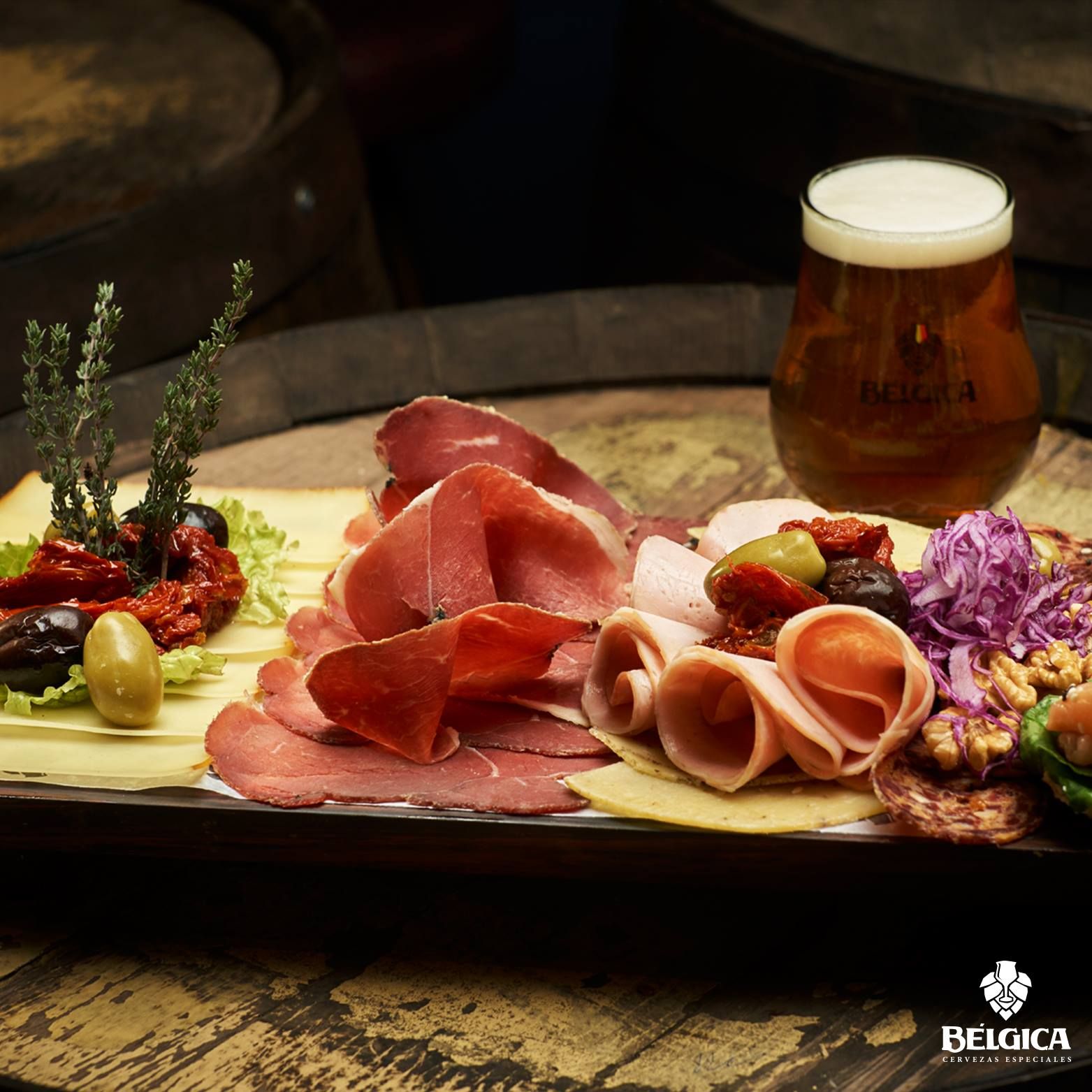 Bélgica $ — Bélgica is a brewpub with around 12 beers on tap, half of which are made on site. If you’re looking for something a little different, there’s also foreign bottled beers and some barrel-aged beers. Food-wise, there’s cheese and charcuterie, burgers, pizza, and mussels. 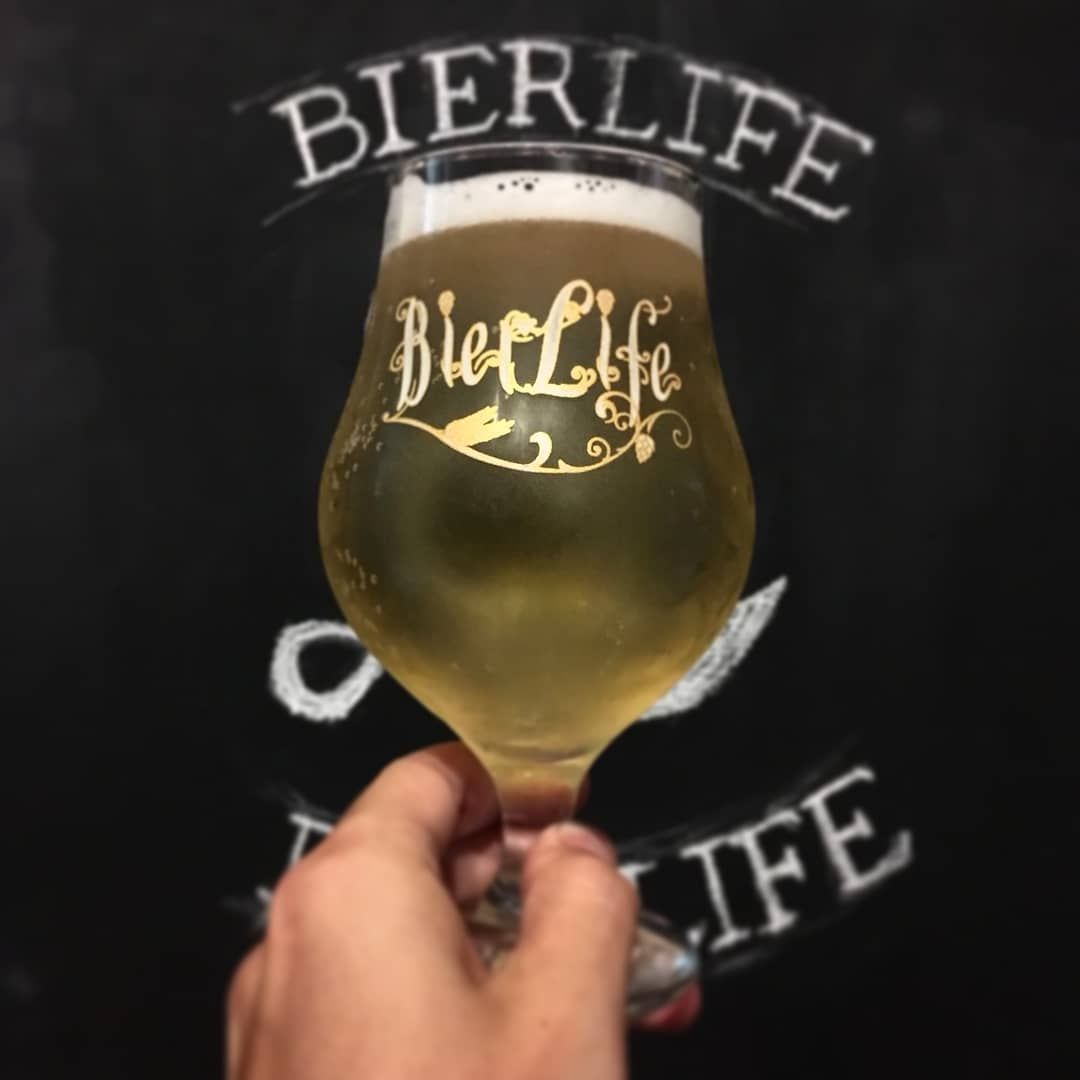 Bierlife $ — This is the beer bar you should go to if you’re with a group of friends and looking for a happy hour drink. Bierlife has around 50 beers to choose from, both on tap and bottled. Even the food is beer inspired, with many dishes using beer as an ingredient.

La Puerta Roja $$ — Unlike the US, Argentina didn’t have a national prohibition on alcohol that deeply influenced its bar culture. That doesn’t mean Buenos Aires lacks speakeasies, though. Look for the red door near the corner of Chacabuco and Chile Street to identify La Puerta Roja (there’s no sign), and inside you’ll find cocktails, a pool table, and simple, inexpensive American-style pub food. 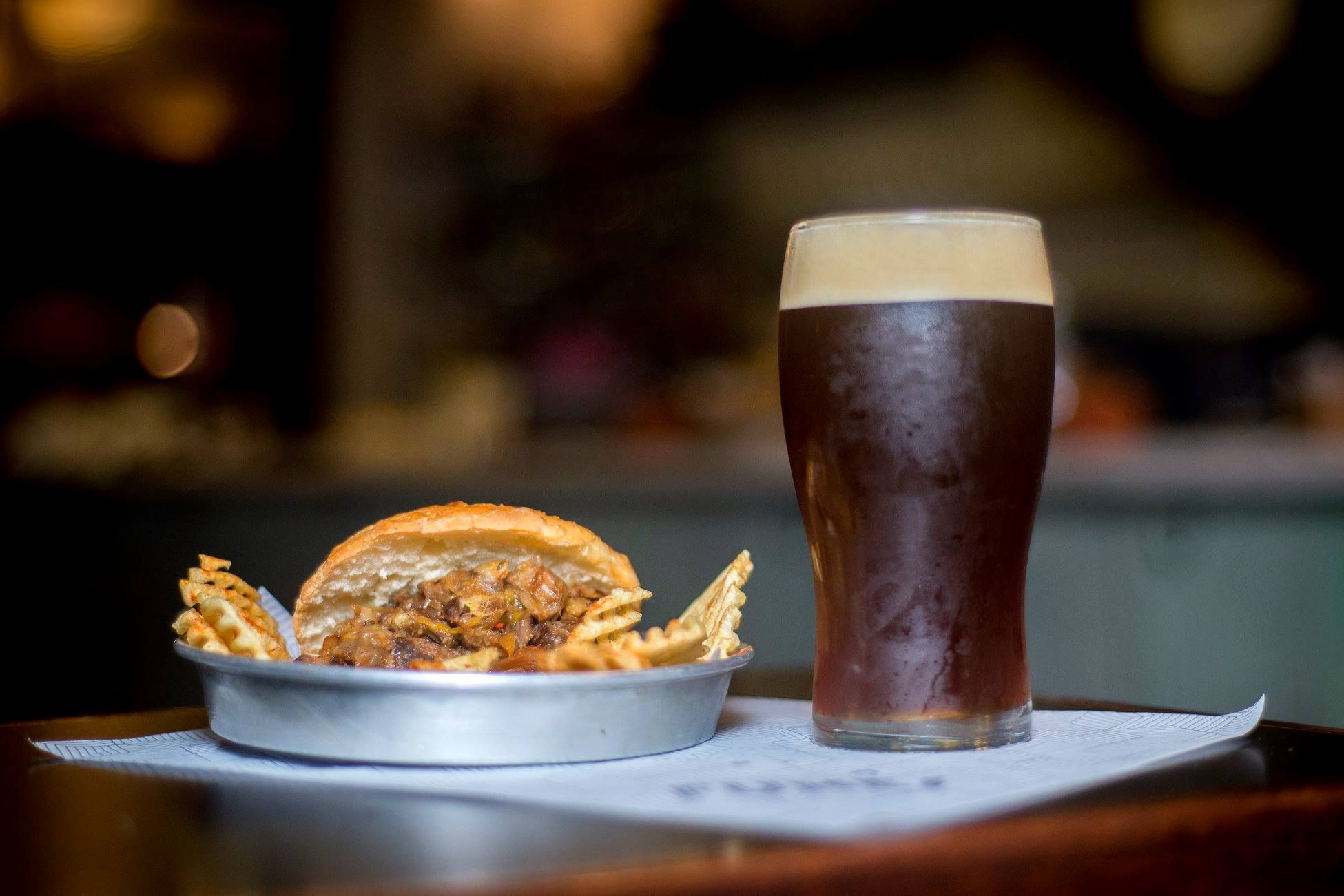 Funes Birreria $$ — At Funes, you can drink beer that was made less than 50 feet from where you ordered. Best of all, you can see the tanks and the brewery right from your barstool. Funes makes a wide variety of affordable craft beer, and has a small indoor bar and an outdoor patio. Other than the beer made at the brewery, there’s whiskey and food like blood sausage empanadas. 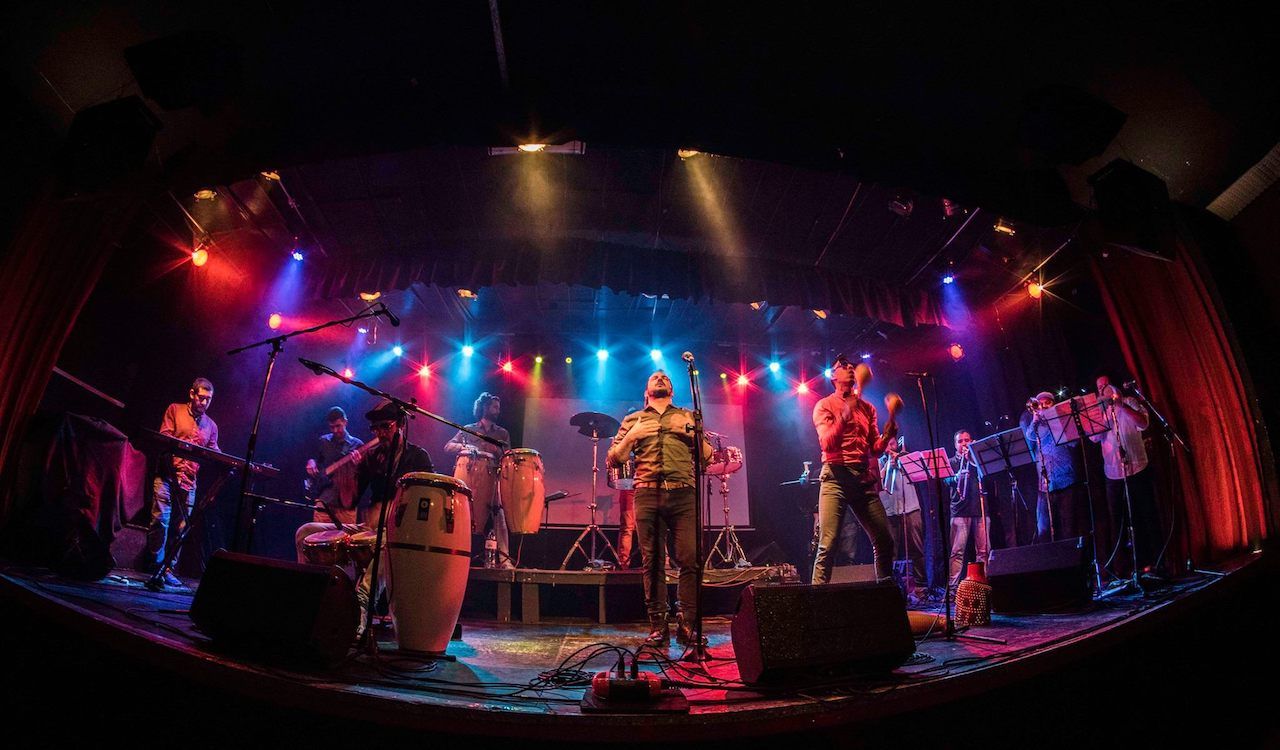 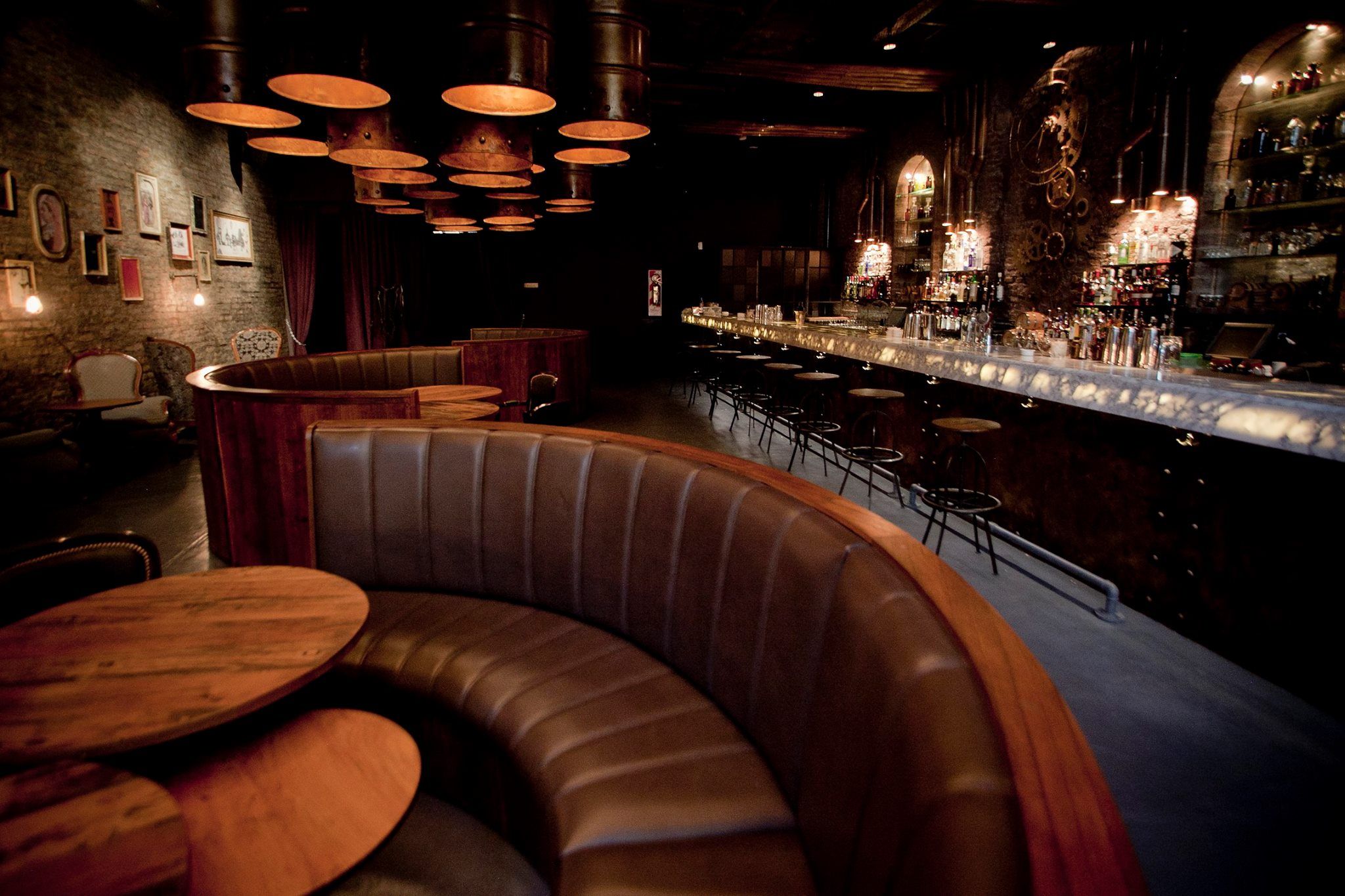 Victoria Brown $$ — During the day, this coffee shop serves the brunch crowd. At night, a semi-secret entrance takes anyone craving a drink to a cocktail bar in the back. The prices are higher than a lot of the more casual bars around the city, but the drink menu ranges from the classics to more creative beverages.

Buena Birra Social Club $$ — The beer options are good, but the best thing about Buena Birra is that you don’t have to fight for a table to drink a good beer during happy hour. Bonus points if the weather allows you to sit on the terrace or the street.

Isabel $$$ — If you’re looking to spend your night in one of the fancier cocktail bars in the city, Isabel is where to do it. Call ahead for reservations to this mix between a club and cocktail bar, and dress to impress. Like pretty much every other club in Buenos Aires, Isabel really gets going around 1:00 to 2:00 AM. There’s a DJ and an inventive cocktail list that has whatever flavors you’re in the mood for.

Bar 878 $$$ — This former underground speakeasy has gone legit, but you’ll still need to ring the bell by an unmarked door to get in. If you forget the address, it’s right there in the name (878). Despite the effort to get in, 878 leans more toward casual cocktail bar rather than pretentious speakeasy. The bar takes pride in its bartenders’ personal creations and lists them on the menu alongside spirits from around the world.

La Viruta Tango Club $$ — One of the largest milongas in the city, La Viruta Tango Club is welcoming to both locals and foreigners (although speaking Spanish helps). It’s open on Wednesdays, Thursdays, Fridays, and Sundays, and offers food, drinks, and live music. People new to dancing can take lessons in tango, salsa, bachata, rock, and swing. 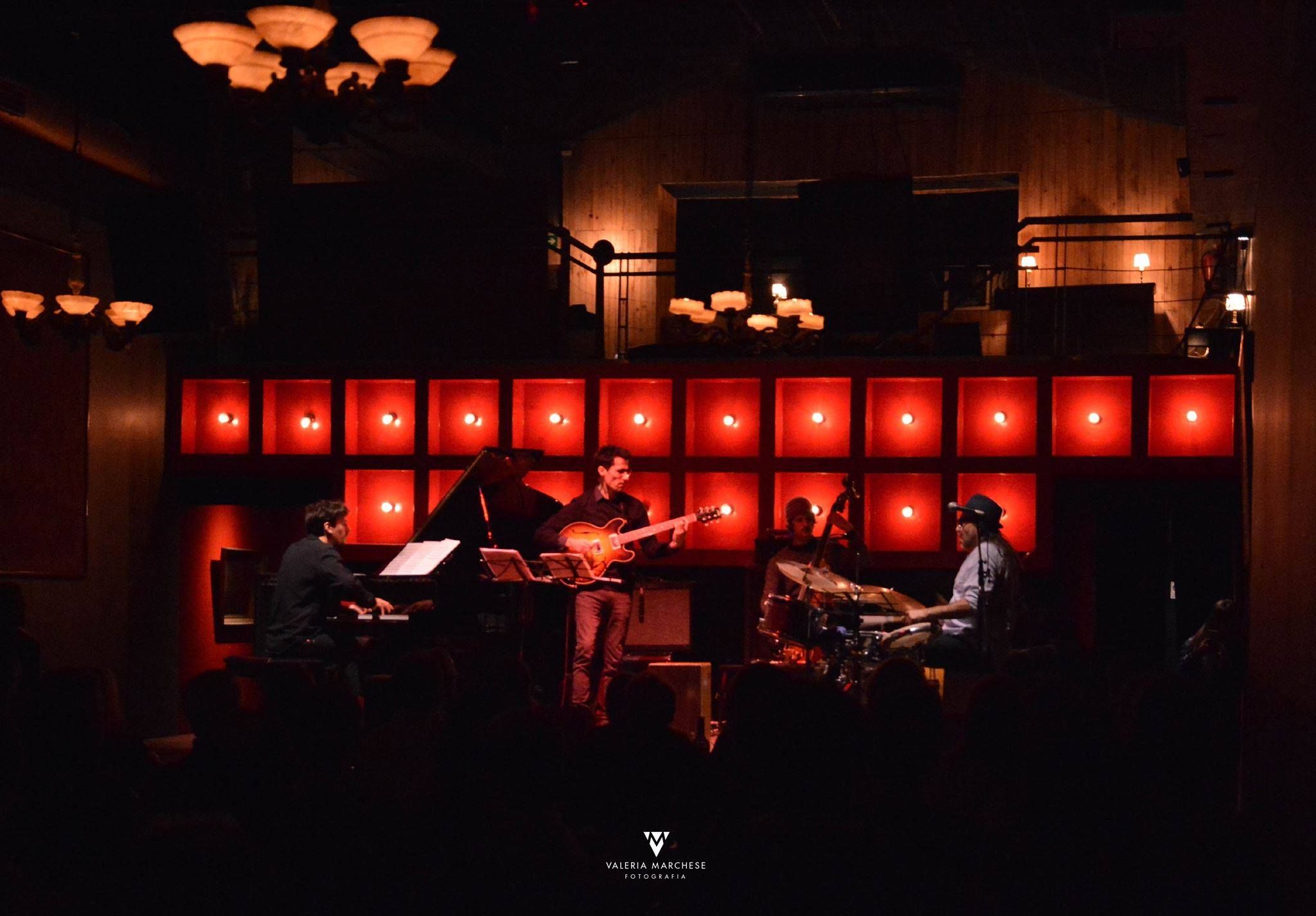 Thelonious Jazz Club $$ — Hands down the best place for jazz music in the city, it’s also one of the best jazz scenes in the world. Thelonious is open Wednesday through Sunday, and we recommend checking out the shows and buying tickets ahead of time through the club’s website. It’s table service for food and drinks, with options like wine, beer, picadas (shared cheese and charcuterie plates), and pizza.

Cerveceria Nacional $$ — This small bar is filled with mostly locals, and it only serves Argentine beer. Go on the earlier side (it opens at 6:00 PM) to grab a seat inside or on the patio. A short list of tapas and pizza goes along with the beer.

Niceto Club $$ — Niceto has been around for 20 years, and today, it’s known for showcasing up-and-coming international and local musicians. The acts cover a range of music, including reggae, hip-hop, tango, rock, and swing. It’s always a party at Niceto, thanks to the live music and dancing, and it’s one of the clubs that you can stay at until the early hours of the morning. 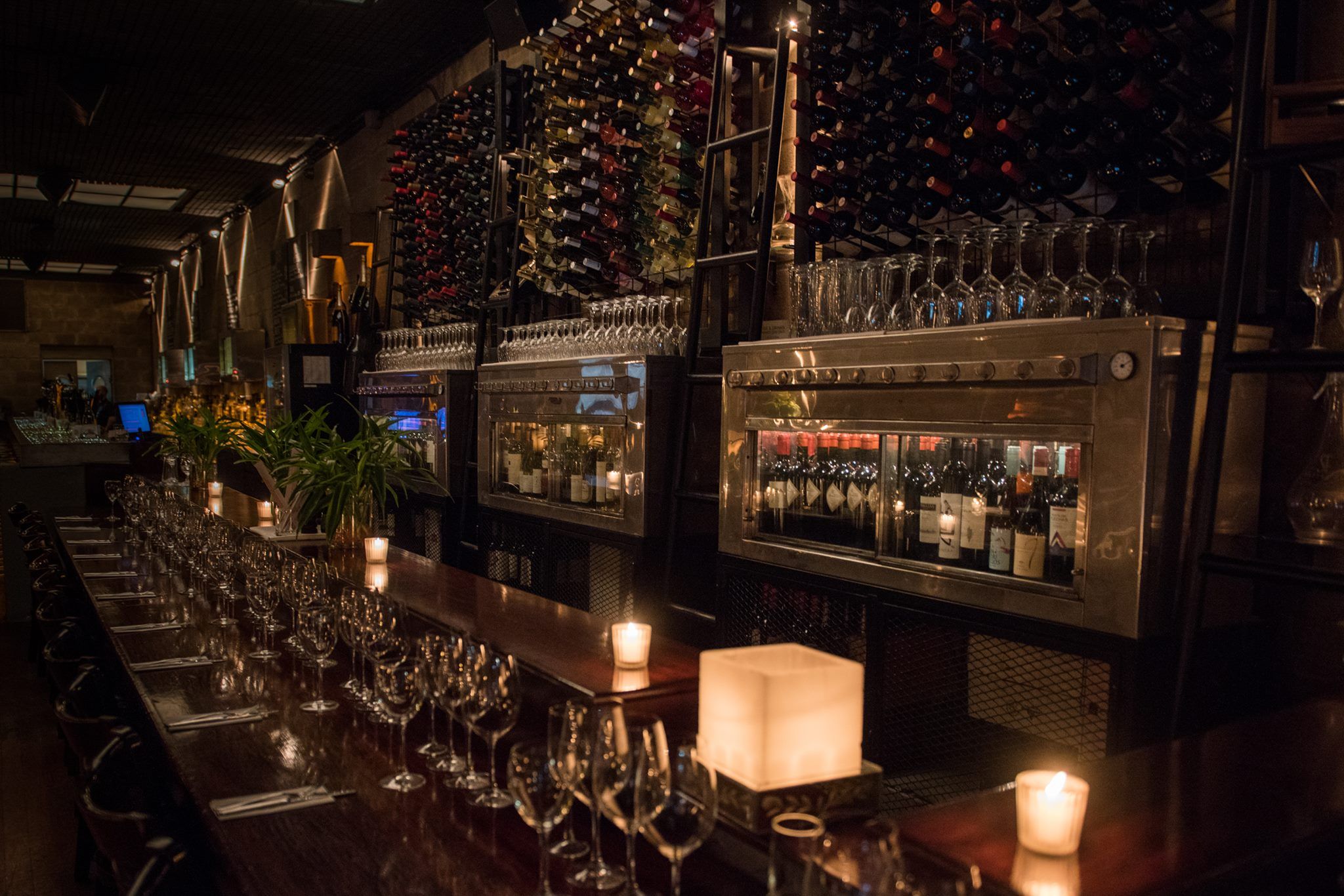 Gran Bar Danzón $$ — You’ll want to make a reservation before going, but Gran Bar Danzón is an impressive place to take business colleagues or friends. There’s a menu filled with classic cocktails, but what you really want to pay attention to here is the wine list, which has hundreds of options from around the world. For food, there are options like sushi, lamb, and other grilled meats.

Florería Atlántico $$ — There aren’t many bars where you have to enter through a flower shop, but that’s what you have to do to get into Florería Atlántico. It opened in 2013 as a speakeasy-style cocktail lounge, and it still has some of the more original cocktails in the city. You can spend hours here snacking on shared plates and sampling drinks among a mixed clientele of tourists and locals.

SHOUT $$$ — Come to SHOUT before the crowds show up in order to speak with the bartenders and have personal wine and cocktail recommendations. It has one of the largest by-the-glass wine selections in Buenos Aires, and the cocktails are made with house-made syrups and ingredients. The steaks and other food are just as beloved by patrons of the bar as the drinks are. 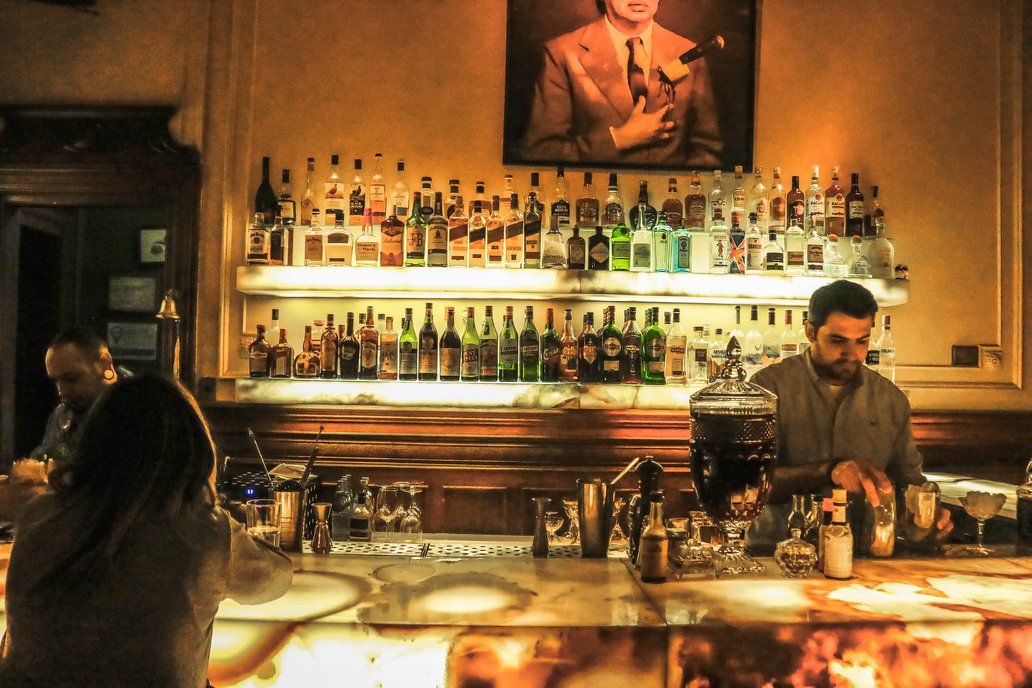 Milion $$$ — During the warmer months, it’s hard to beat an afternoon drinking wine, beer, and cocktails out in Milion’s courtyard garden. The bar is fashioned out of a three-story mansion that’s packed with vintage and antique decorations that make it feel like something from the past. The drinks are modern, though, as are the shared plates offered.

Anasagasti $$$ — This craft cocktail bar opened in 2016 and has quickly climbed the ranks among Argentina’s many speakeasy-style bars. Once you find it (look for the large wooden door), you’ll be greeted with a long cocktail menu and tapas options. If you want something not on the menu, just ask. The bartenders are more than capable of creating something that fits what your taste buds are craving.