From vibrant street art and street performers to eclectic European architecture mixed with new towers and sleek design, Buenos Aires is a truly cosmopolitan capital city. The best thing to do to experience the city’s art and culture is to wander around the neighborhoods and happen upon unexpected galleries, local bookstores, and the underground theaters and cultural centers. But before you get lost in the many barrios, here are the places to hit to get the most out of your stay. 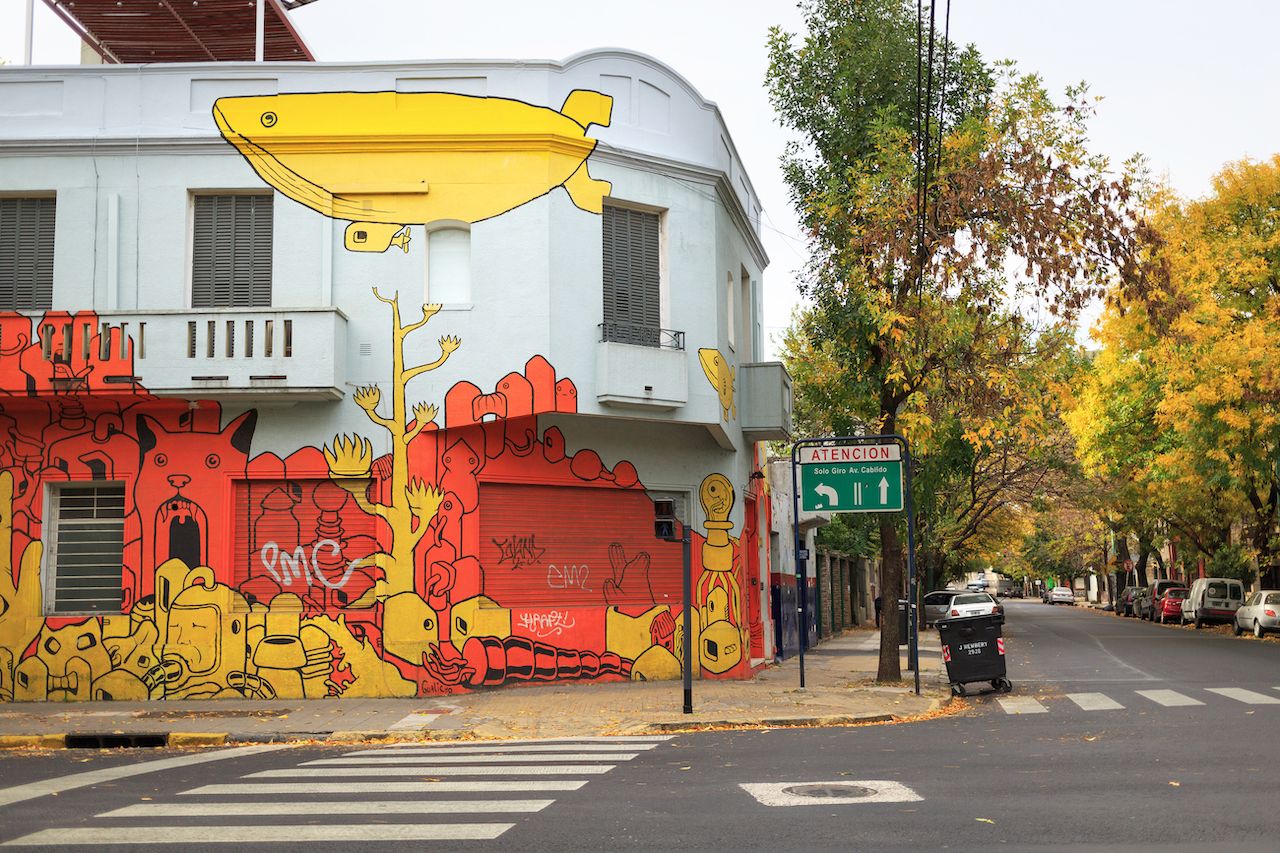 Street art — Buenos Aires is one of the best cities in the world to see street art. Most walking tours (with providers like graffitimundo and BA Street Art) will take you on a pretty exhaustive exploration, from Colegiales to Palermo, or from La Boca to San Telmo. If you prefer, you can also plan your own street art tour of Buenos Aires with Google Street Art Project.

MALBA — MALBA stands for Buenos Aires Museum of Latin American Art. Based on a private collection, this excellent museum hosts exhibitions of 20th-century Argentine and Latin American art. Here, you’ll find works by well-known artists such as Antonio Berni, Frida Kahlo, and Fernando Botero. MALBA also organizes a variety of literary activities (such as book presentations, classes, seminars, and silent-reading gatherings), has a great film program and archives, and offers one of the best art-focused bookstores in the city. Admission is half-price on Wednesdays. 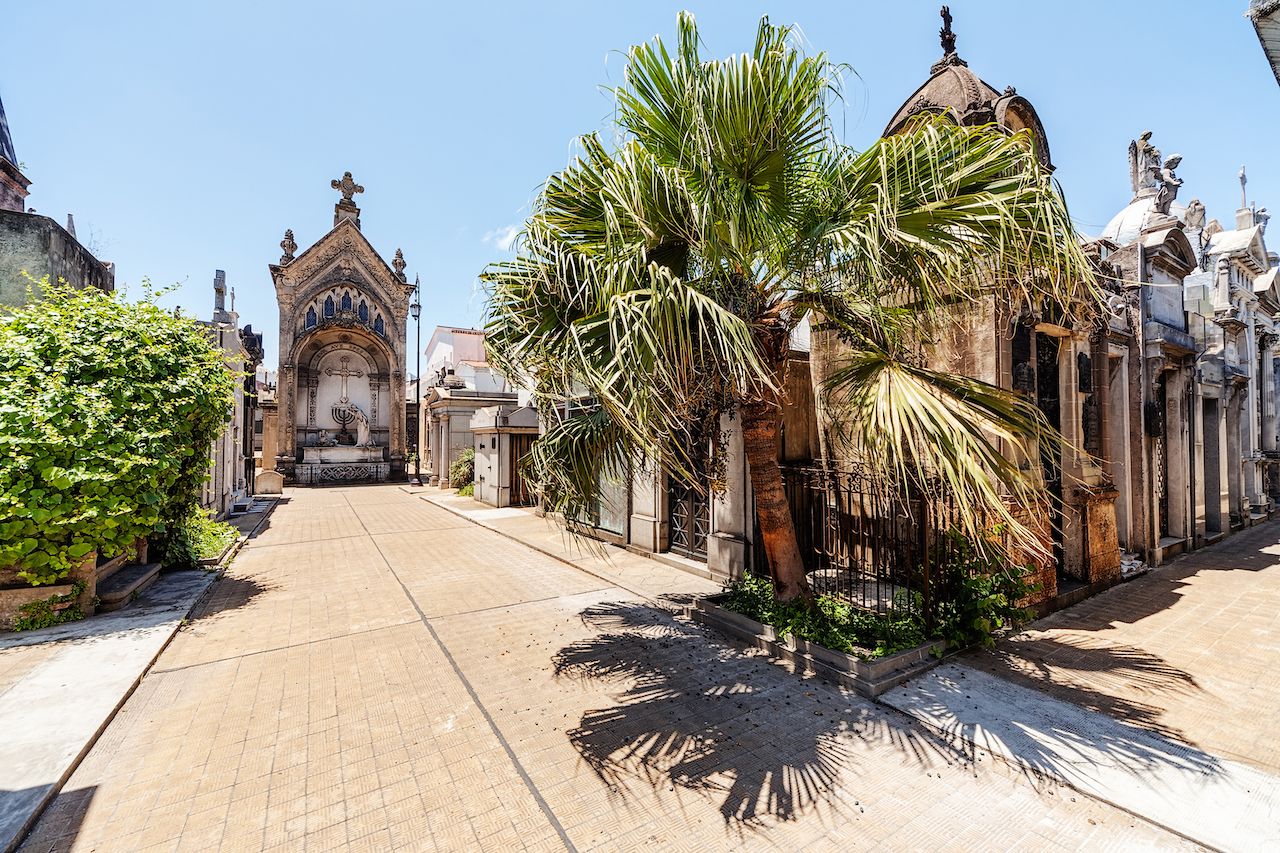 Cementerio de la Recoleta — Far from being creepy, this cemetery covering four city blocks is full of gorgeous sculptures and looks more like an open-air museum. Go there with a good guide and learn more about the illustrious inhabitants of the cemetery and their roles in the country’s history. Cementerio de la Recoleta is Eva Perón’s last resting place, but her grave is not easy to find; one way to spot it is to look for fresh flower bouquets as it is one of the few graves to have them.

Caminito — Located in La Boca, Caminito is a well-known street museum. Precarious conventillos (tenement buildings made of wood and sheet metal) used by immigrants in the late 19th and early 20th century were turned into a colorful urbanscape in the 1950s. Local artist Benito Quinquela Martín, with the help of other locals, saved and reinvigorated the neighborhood by turning it into an open-air museum filled with sculptures, tiled artworks, paintings, and more. Today, Caminito has a craft market, street tango shows, gelato shops, restaurants, and museums (such as Fundación PROA art museum and Benito Quinquela Martín Museum), as well as flocks of tourists taking pictures.

Tango — Tango is a type of music and a type of dancing, and an extremely important part of Argentine culture. Though not every Argentine knows all the steps today, milongas (or tango clubs) are fortunately still alive and kicking.

You can take tango lessons in specialized dance academies and in most milongas, such as La Viruta and La Catedral Club. Check out the open-air milonga at the Glorieta de Barrancas de Belgrano, a large gazebo perfect for dancing, on Saturday and Sunday nights. More than 300 people of all skill levels gather there to dance. 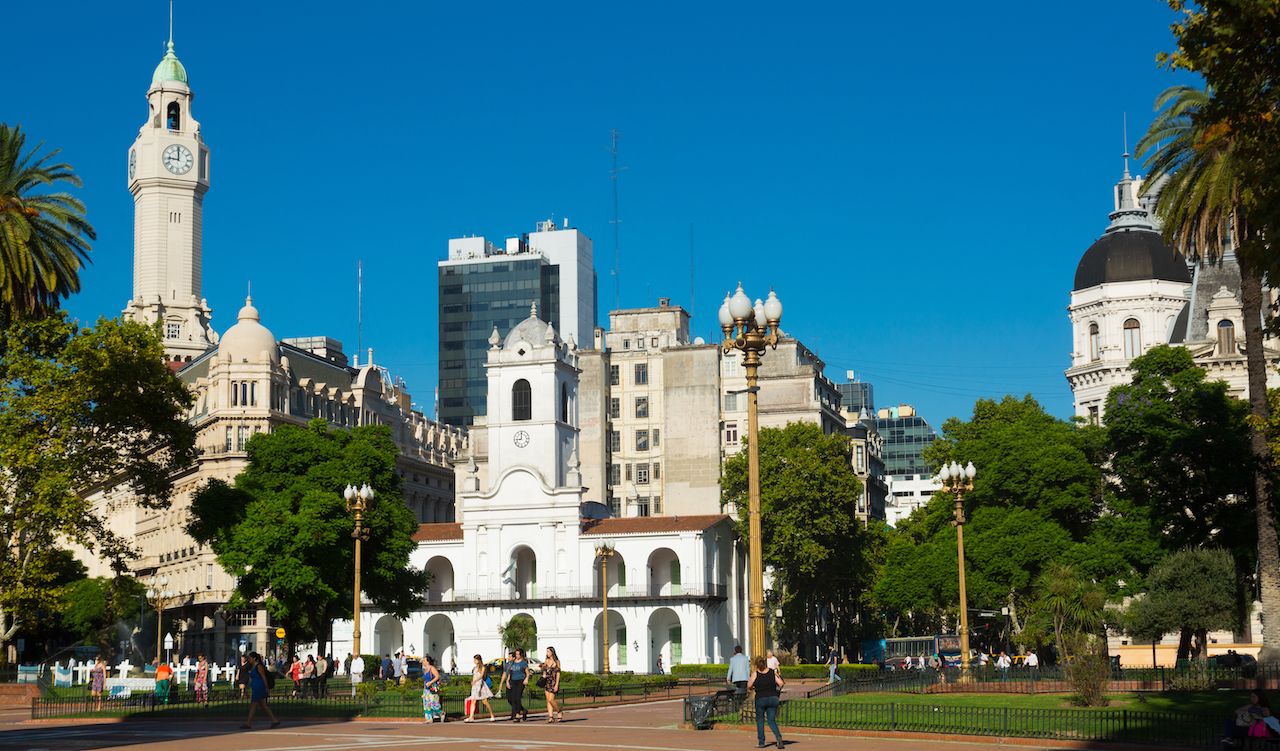 Plaza de Mayo — An absolute icon of Buenos Aires, Plaza de Mayo is the political and social heart of the city. Plaza de Mayo emcompases not only a downtown park, but also all the key buildings around it such as the Casa Rosada (the seat of the Argentine president), Metropolitan Cathedral, City Hall, and the National Bank of Argentina’s headquarters. This place has been the center of celebration and political demonstrations in both the 20th and 21st centuries. It’s also a place of significance for those who gather weekly seeking justice and remembrance for the people that were subject to forced disappearances during the last and most brutal military dictatorship (1976 to 1982). 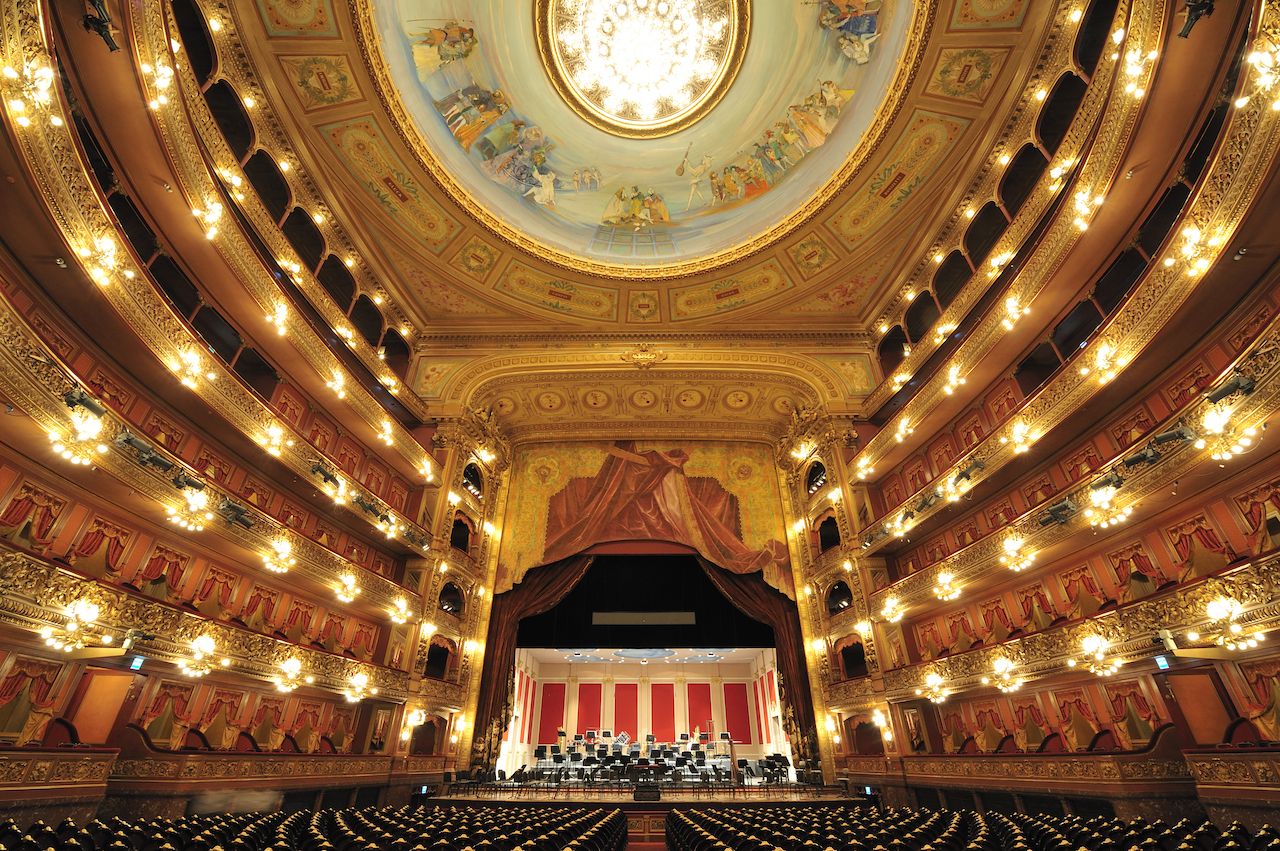 Teatro Colón — This stunning, world-class opera house is comparable to places like the Teatro alla Scala in Milan or the Palais Garnier in Paris. You can book tickets for performances here. If possible, take the guided tour and see costume and stage set workshops and collections.

The Kirchner Cultural Centre — The former central post office was turned into a one-million-square-feet, jaw-dropping cultural center in 2010. Dedicated to art, it’s a great place to check out temporary exhibits, attend shows and performances, and take yoga and dance classes. For a list of activities and schedule, visit the official website and book tickets here. Many activities are free of charge. The highlight is the “ballena azul” or blue whale, a balloon-like, three-story, 1,750-capacity auditorium with fantastic acoustics. 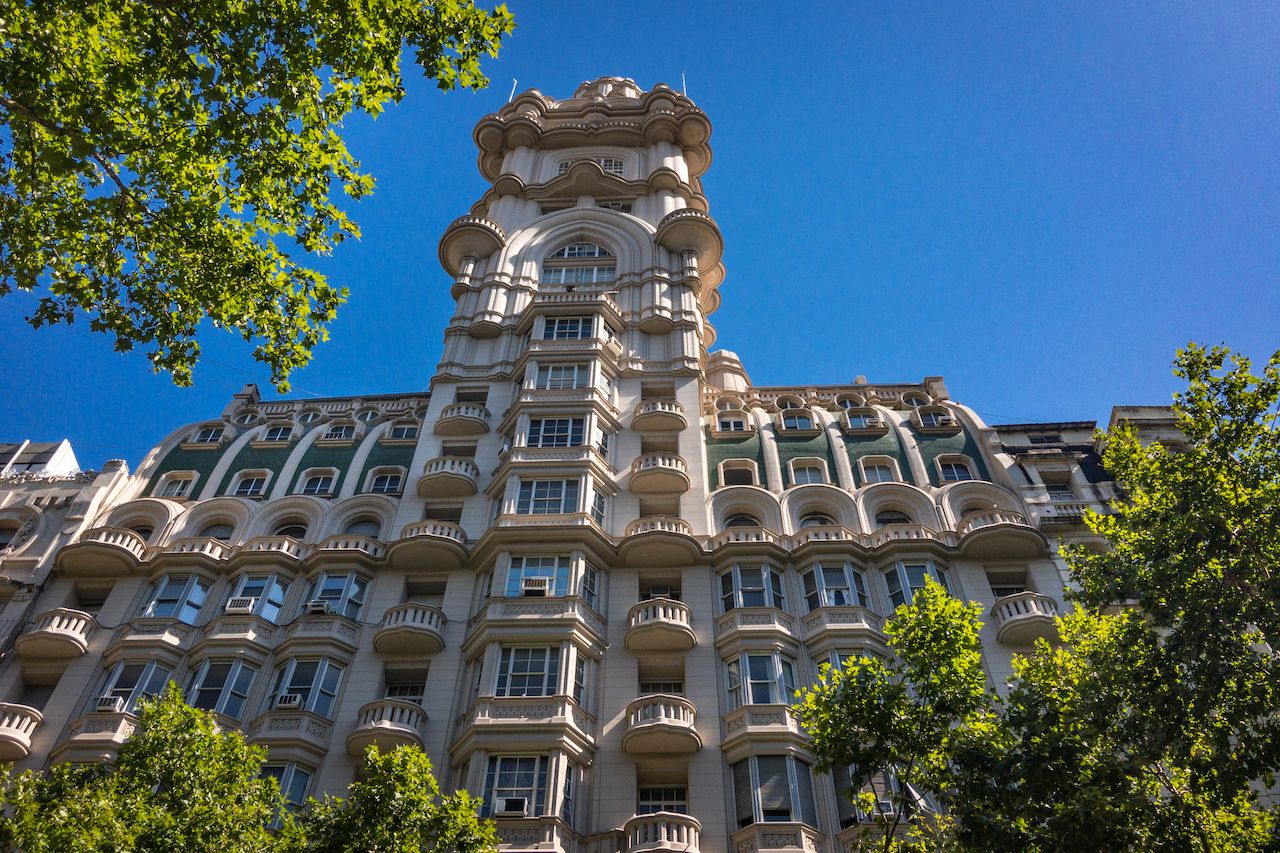 The palaces of the city center — There are many palaces in the city, but the following three are must-see attractions for those who get a kick out of cool architecture.

Corrientes Avenue — The avenue, from its intersection with Callao Avenue to its end at the Luna Park Stadium, is a great place for bookstores and theaters, where you can catch great performances including stand-up comedy and underground shows. This section of Corrientes Avenue is formally within the San Nicolás neighborhood, which is popularly referred to as downtown or “El Centro.” 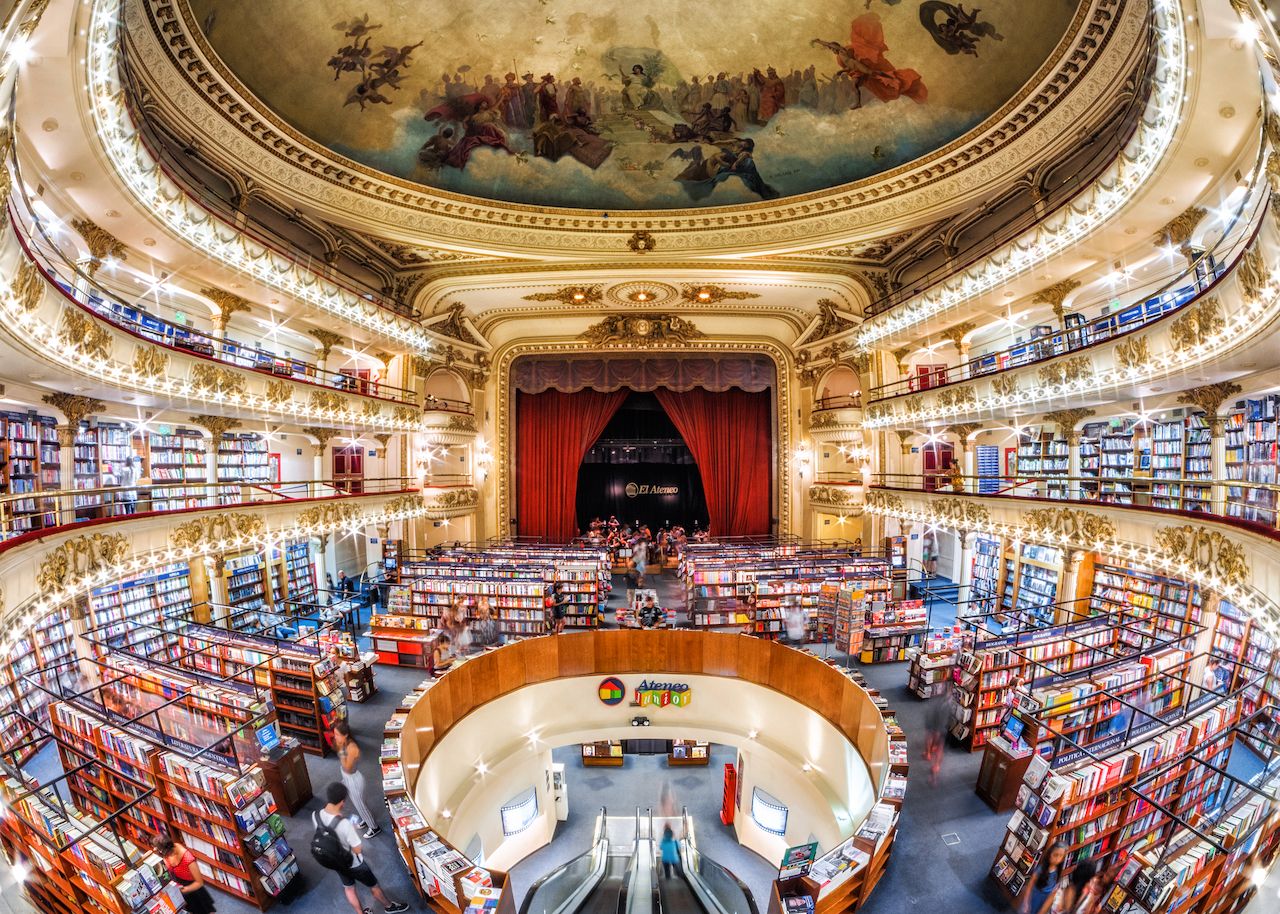 Bookstores — Book lovers will fall head over heels for the Ateneo Grand Splendid, definitely one of the most beautiful bookstores in the world. But beyond the ornate bookshop, Buenos Aires is a great place for readers. From traditional bookshops (Eterna Cadencia, Clásica y Moderna, Aquilanti y Fernández Blanco) to street vendors in parks (Parque Centenario and Parque Rivadavia) to alternative cozy places like La Internacional Argentina (a place to discover new Argentine talent), Walrus (with books in English), and La Revistería (for comics and manga), book nerds will certainly find what they’re looking for. 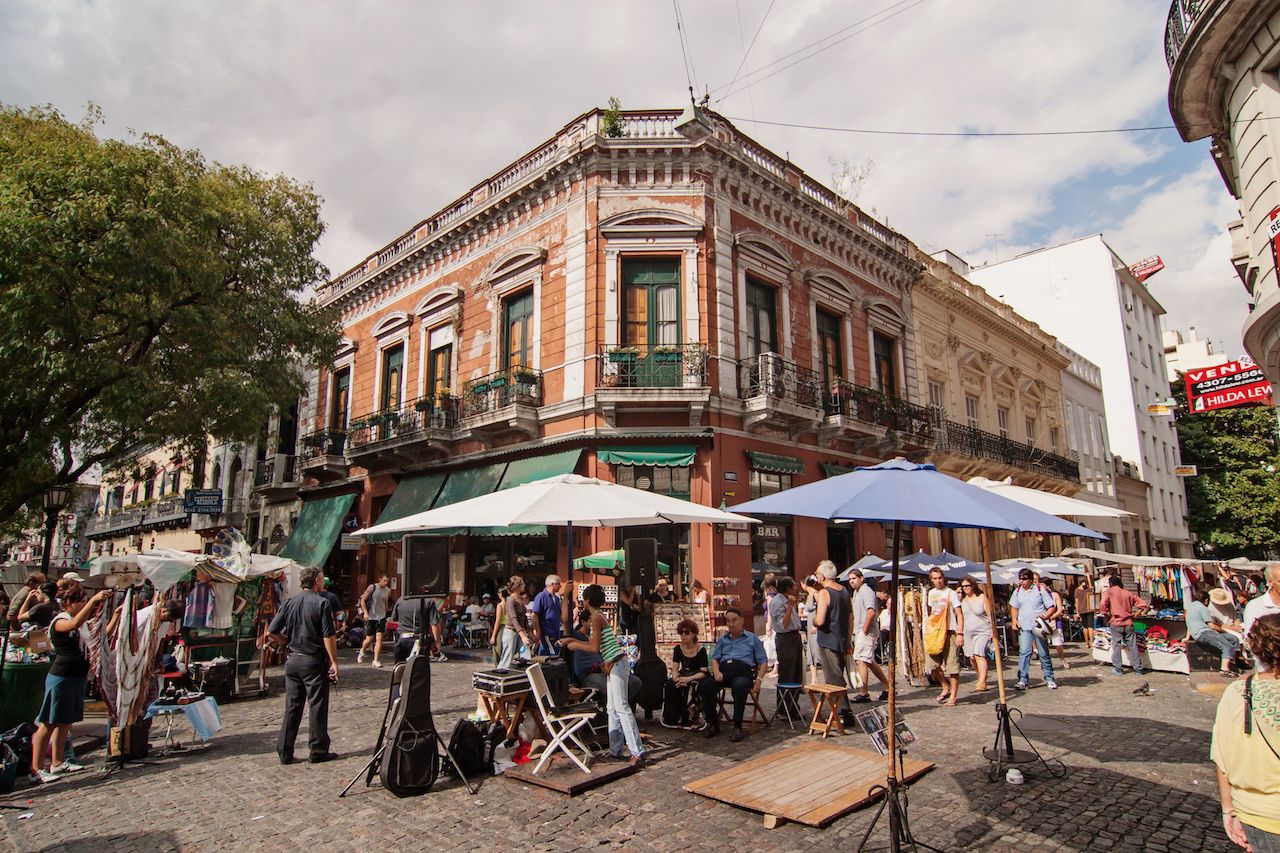 Shopping — For locally-made, traditional handicrafts, don’t bother spending too much time on touristy Florida Street (the center of shopping in Buenos Aires), and head to one of the many crafts markets instead: