Fall means pumpkin everything. Pumpkin beer, pumpkin pie, pumpkin spice lattes — the only steadfast rule for food in fall is that everything that can be pumpkin-ized will be. Maybe you love it, maybe you’re part of the anti-pumpkin-spice brigade. Regardless, fall is here and the pumpkins are unavoidable, so the best thing to do is just embrace it. And there’s no better way to celebrate the season’s most famous gourd than at a pumpkin festival. These are the biggest and most noteworthy pumpkin festivals across the US to hit up this season. 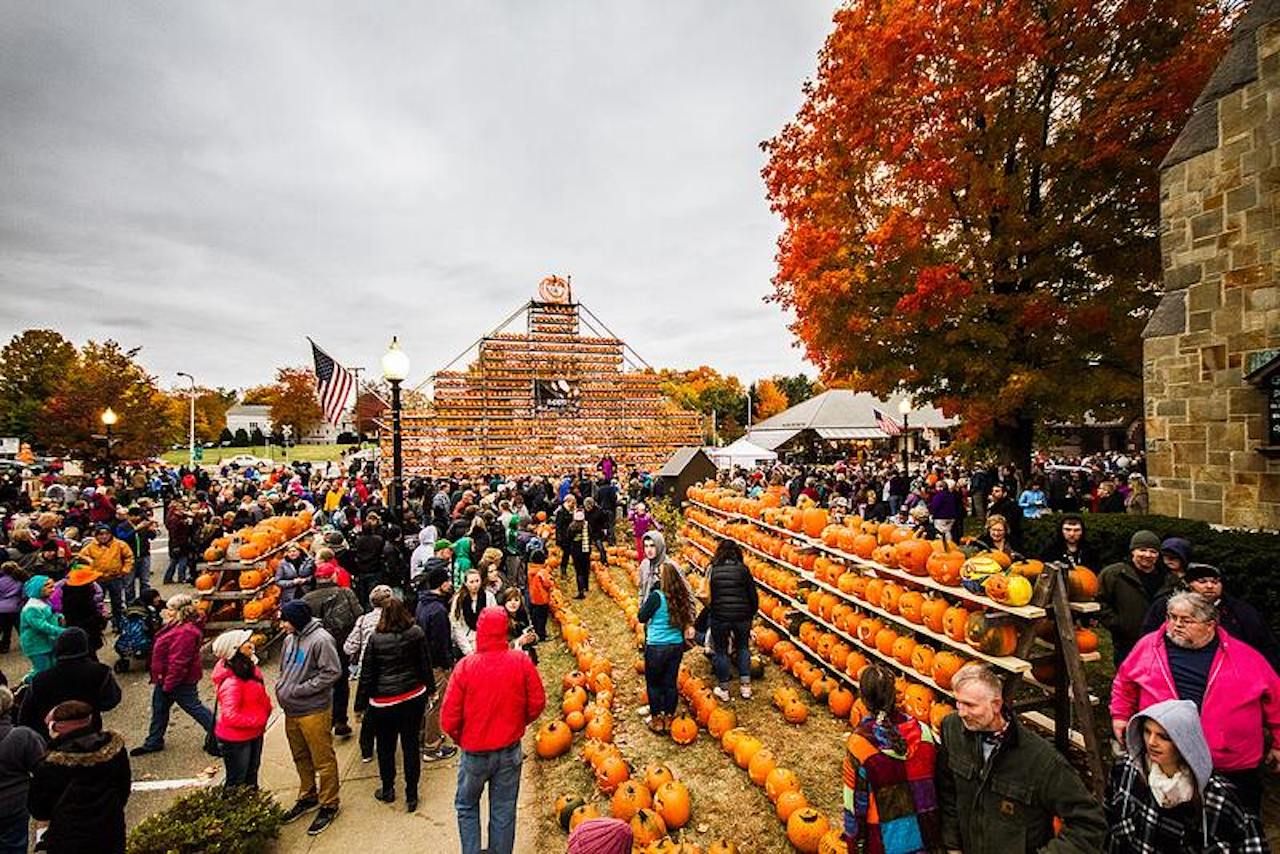 Unless you’ve been to the New Hampshire Pumpkin Festival, there’s a good chance you’ve never seen a 34-feet-tall jack-o’-lantern tower. The tower is the highlight of the two-day festival that attracts more than 40,000 people (and, yes, you can contribute to the tower for a $10 fee). Other attractions include a zombie walk, over 60 food and craft vendors, live music, a beer garden, numerous fall competitions, and a 10K and 5K run. 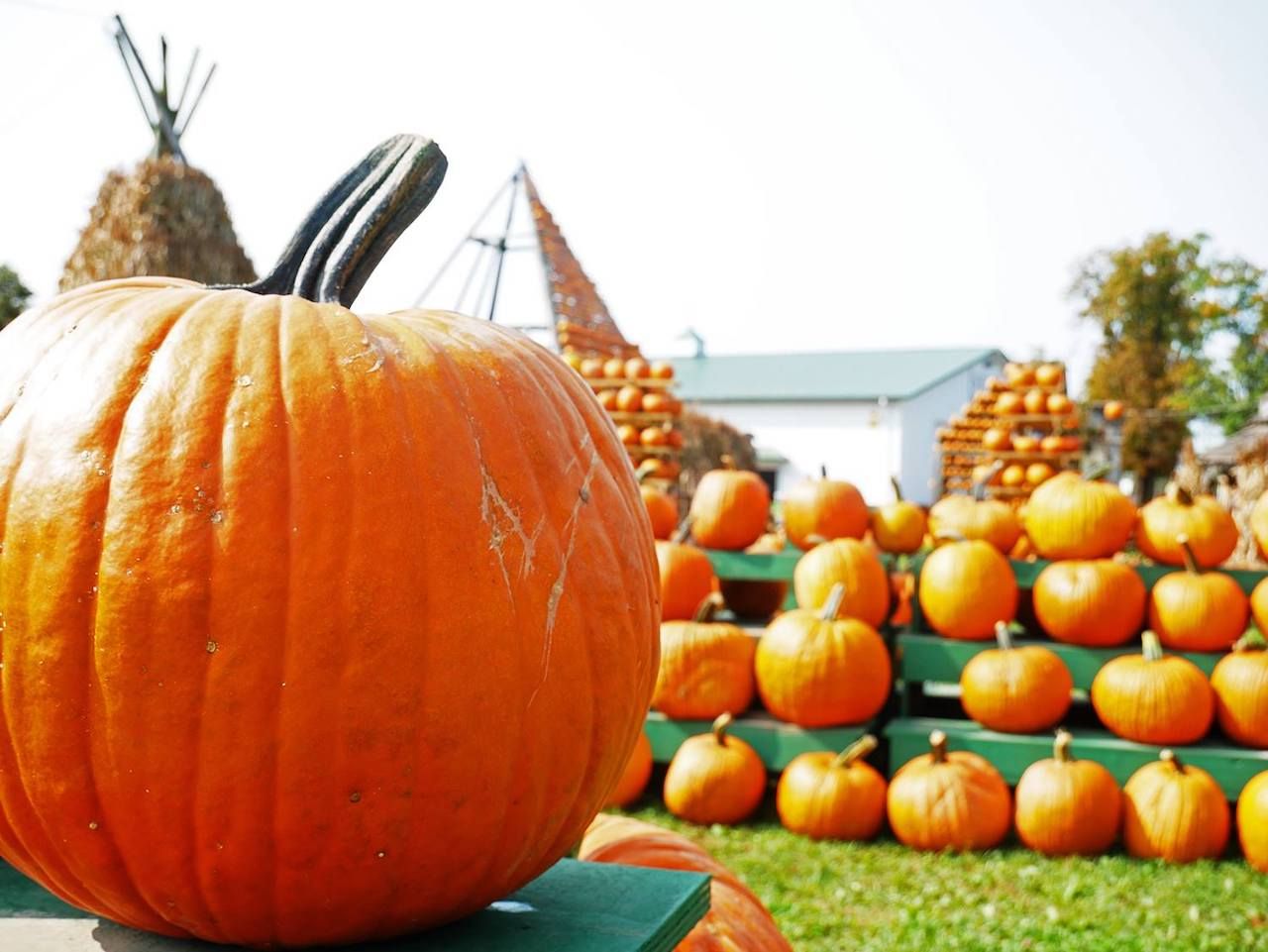 While pumpkin smashing is generally discouraged, pumpkin launching is rewarded at the Great Pumpkin Farm. The farm hosts pumpkin-filled events every weekend through Halloween, and one of the main attractions is the annual trebuchet contest. Local high schoolers build catapults and compete to see who can launch a pumpkin the farthest, with some sending pumpkins flying as far as 2,000 feet. Other festival activities include largest pumpkin weigh-offs, tractor rides, races, shows, costume contests, and plenty of fall food. 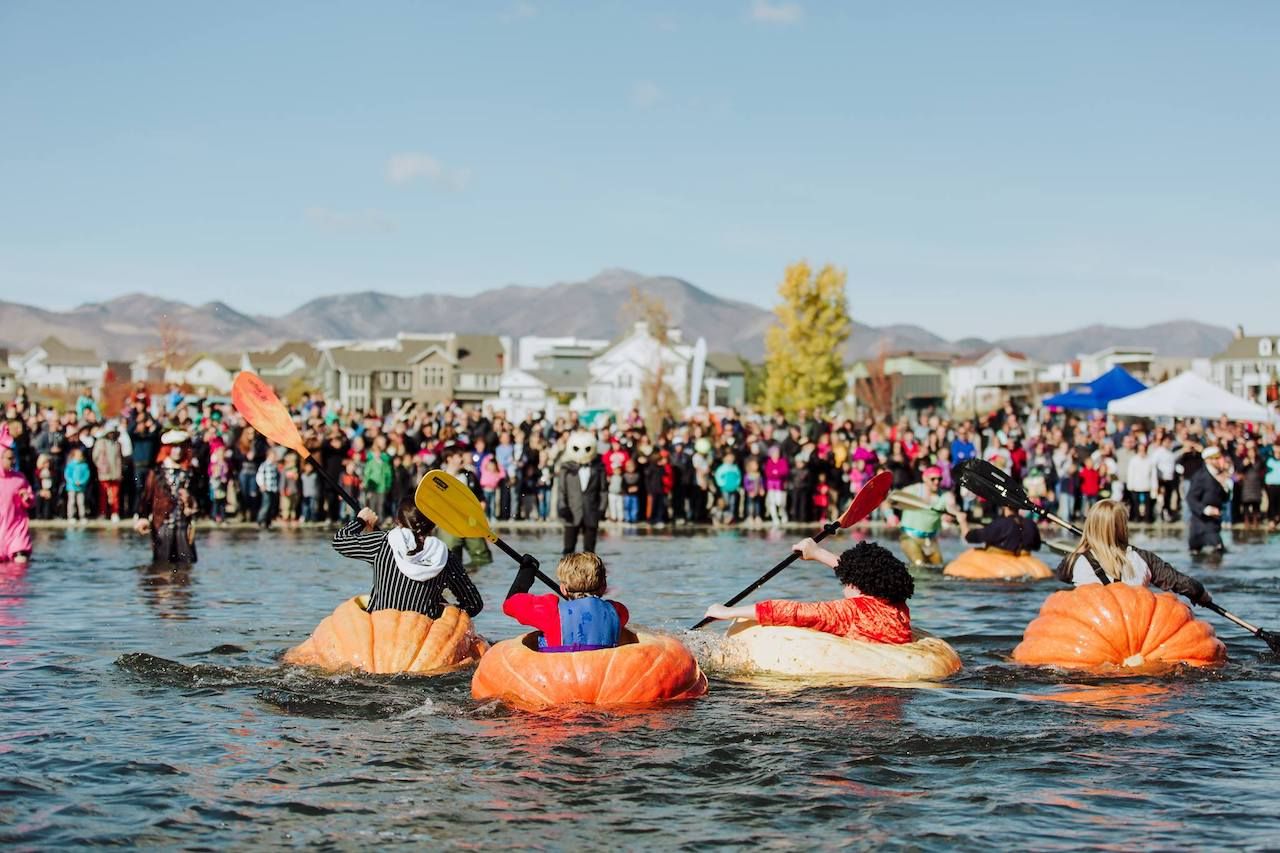 Pumpkins as big as boats hit Utah’s Oquirrh Lake every October. As big as boats, and literally boats. During the Ginormous Pumpkin Regatta competitors carve pumpkins with chainsaws to create makeshift, kayak-like boats. Then they take to the water for a race in which not all pumpkins make it to the finish line before sinking. The race is an all-day event with a petting zoo, traditional pumpkin carving, food trucks, and a pie-eating contest. 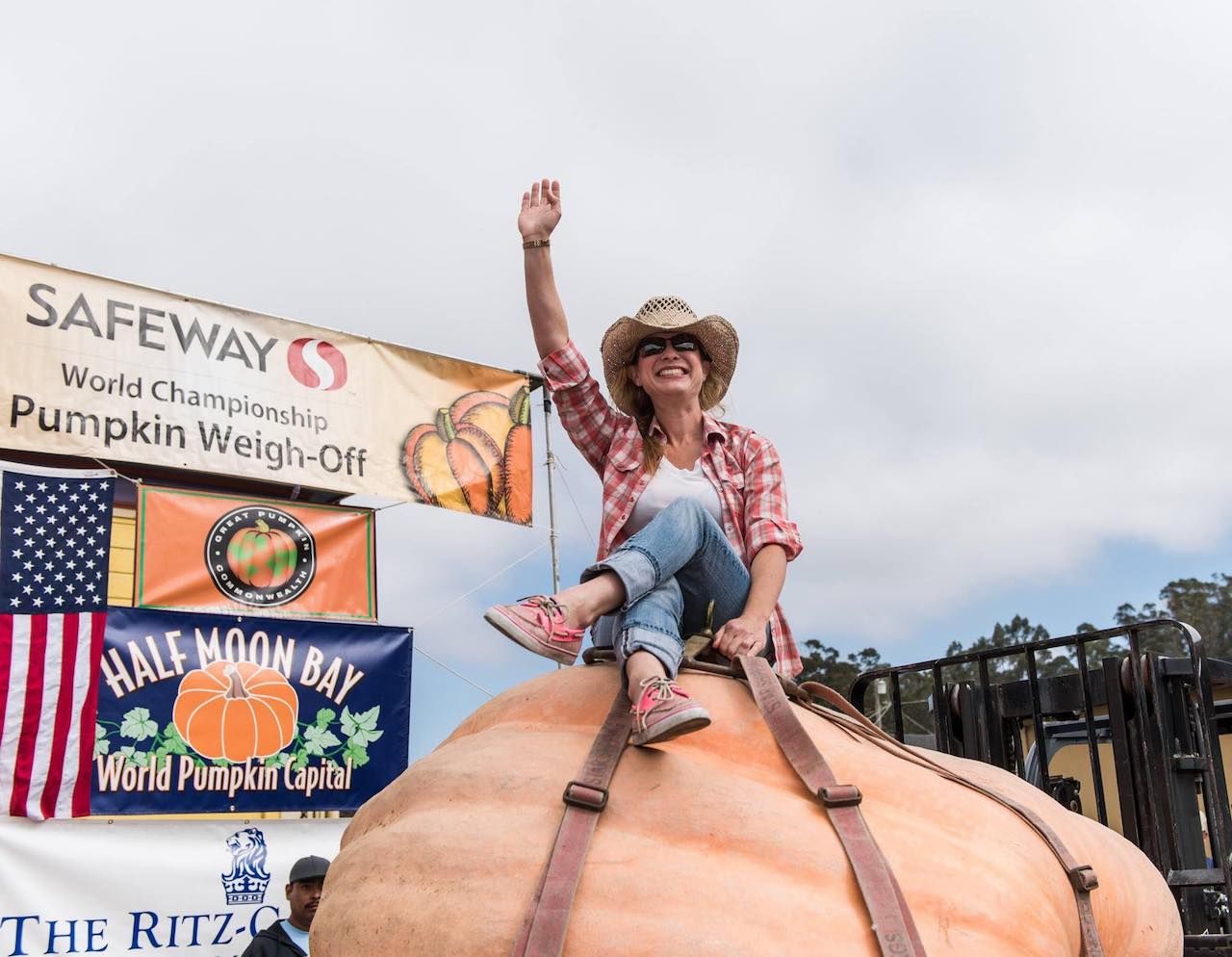 Bigger is better at California’s World Champion Pumpkin Weigh-Off. Growers from around the state and country haul their largest gourds to Half Moon Bay to try to win the title of the biggest of the big. The winner gets paid $7 per pound, and if it is big enough for a new world record, an additional $30,000. Considering 2018’s winner Steve Daletas had a 2,170-pound pumpkin, that’s a big payday. Other competitions include the most beautiful pumpkin and the biggest California pumpkin. The judging occurs on October 14, when you can watch as forklifts place the pumpkins on a scale with a five-ton limit. See the winners and take some pictures the following weekend during the pumpkin festival on Half Moon Bay’s Main Street, which also features food vendors, arts and crafts, and events. 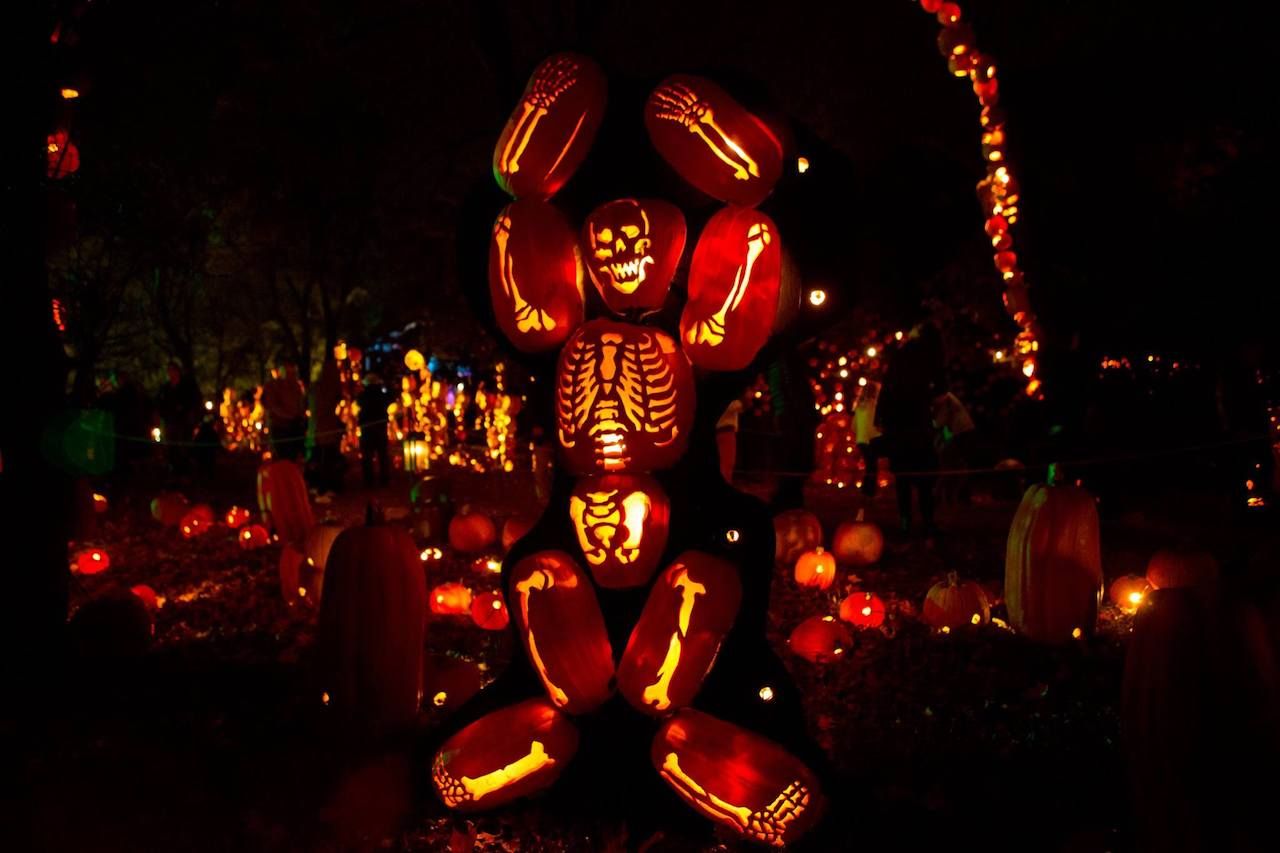 Every year, the 18th-century Van Cortlandt Manor in Croton-on-Hudson is decked out with more than 7,000 hand-carved jack-o’-lanterns. It takes about an hour to walk through all of the pumpkin exhibits, which include pumpkin paintings, a 25-foot-tall pumpkin Statue of Liberty, a carousel, and a Pumpkin Planetarium. It takes more than 1,000 people to scoop out and carve all of the pumpkins that decorate the organized walk, which is called the Blaze. Some popular pieces from last year included zodiac signs, a castle, and the Pumpkin Zee Bridge. 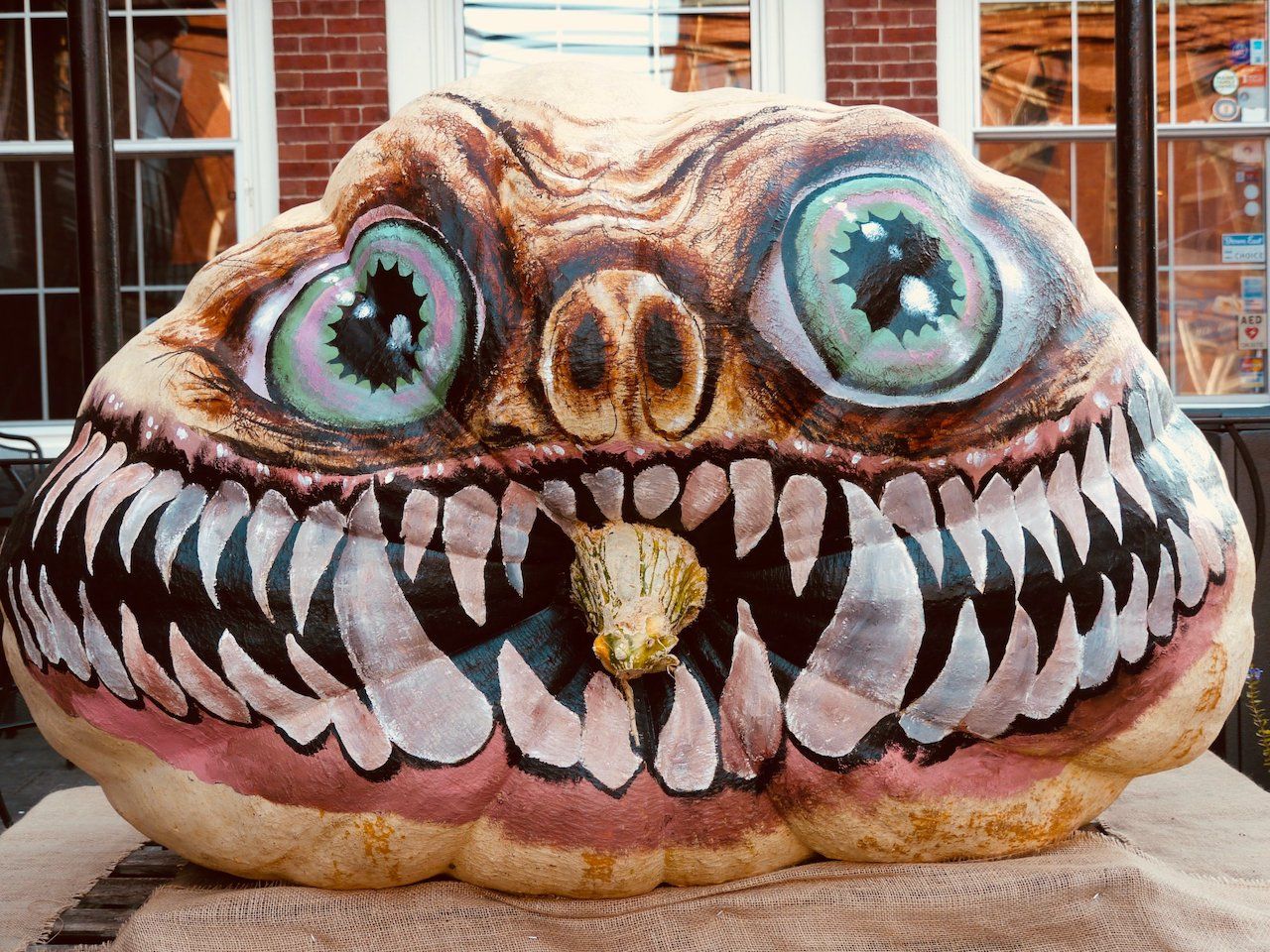 A pumpkin festival with an educational twist, the Damariscotta Pumpkinfest promotes agricultural science and fundraising — particularly when it comes to growing giant pumpkins. It started with a race in 2007 between two giant pumpkins carved into boats, and has turned into a multi-day festival that attracts tens of thousands of people. There’s a giant pumpkin weigh-off, a carved pumpkin display, a pie-eating contest, a pumpkin-on-wheels derby, and a 180-foot pumpkin drop for people who really like to watch pumpkins explode. There’s also pumpkin races using the giant pumpkins as boats powered by paddles or motors.

Where: Midway between Portland and Rockland. Directions on the official website 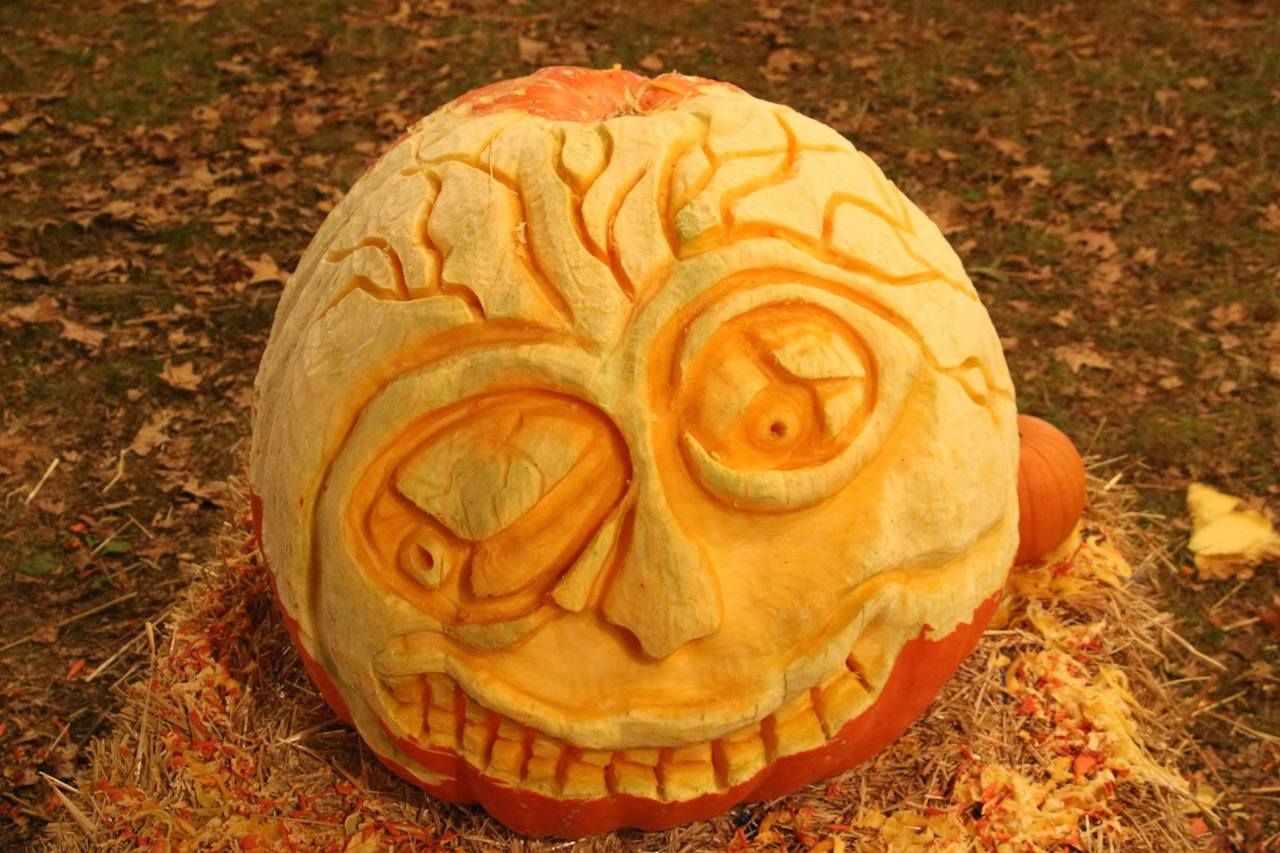 We can’t all be great pumpkin carvers, but that doesn’t mean we can’t appreciate the skill it takes to turn a giant orange gourd into a work of art. Chadds Ford’s Great Pumpkin Carve is a three-day event where you can watch carvers work their magic before more than 70 pumpkins are lit up and displayed. Each of the pumpkins weigh between 150 and 400 pounds, and are grown on a nearby farm. The public carving dates back to the 1970s, and has grown every year. A haunted trail, hay rides, live music, and local craft beer and wine entertain when you’re done watching the carving. 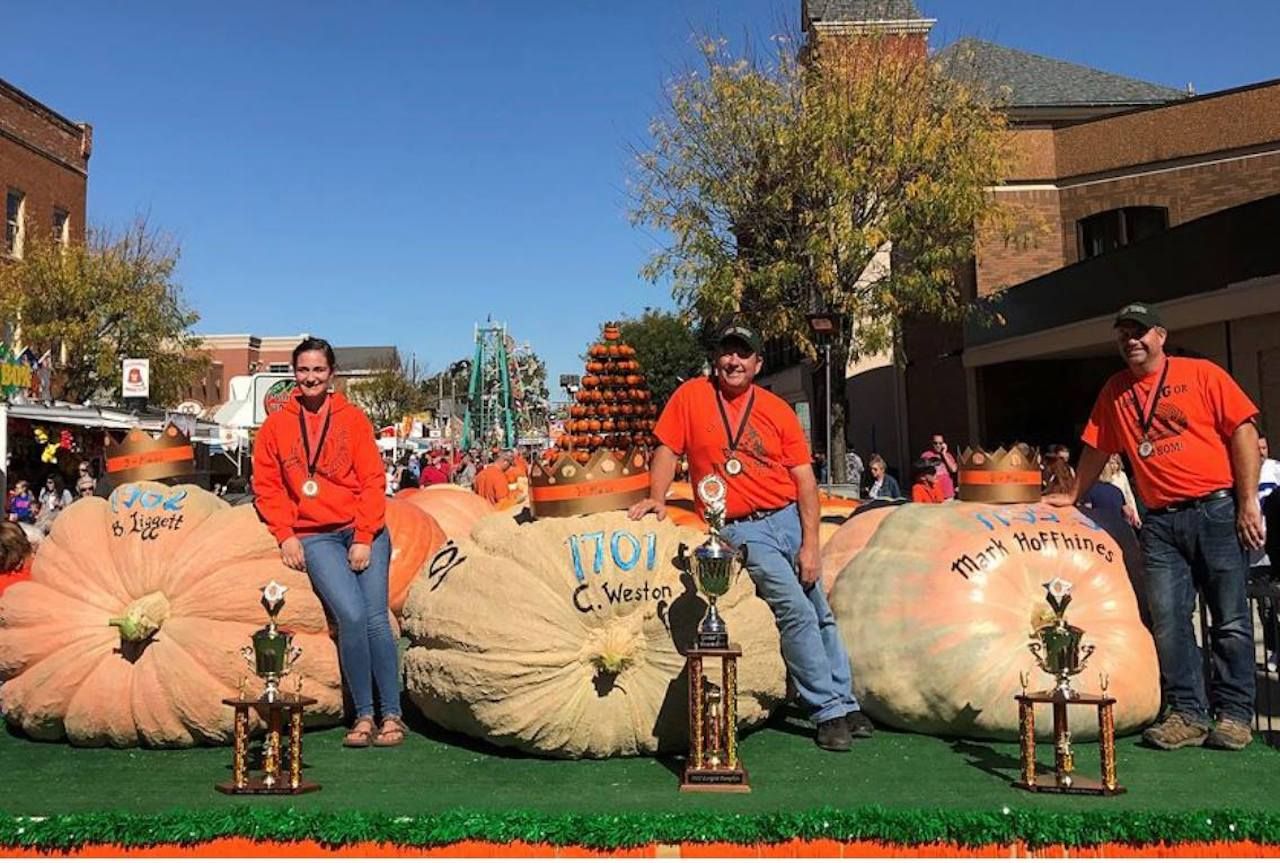 Dating back to 1903, Circleville’s Pumpkin Show is one of the oldest pumpkin-centric festivals in the US. It’s now a massive extravaganza with multiple parades (including a dog and baby parade) and a competition for the largest pumpkin, as well as plenty of food, drinks, art, and live entertainment.

Food + Drink11 Classic Pumpkin Recipes From Around the World
Tagged
Events Festivals Insider Guides United States
What did you think of this story?
Meh
Good
Awesome