We’ll take a dose of nature’s beauty anywhere during lockdown, from pictures of animals taking over the world’s streets in our absence to astronomical phenomena we can see out of our windows, but a rare display of ocean bioluminescence takes the cake. 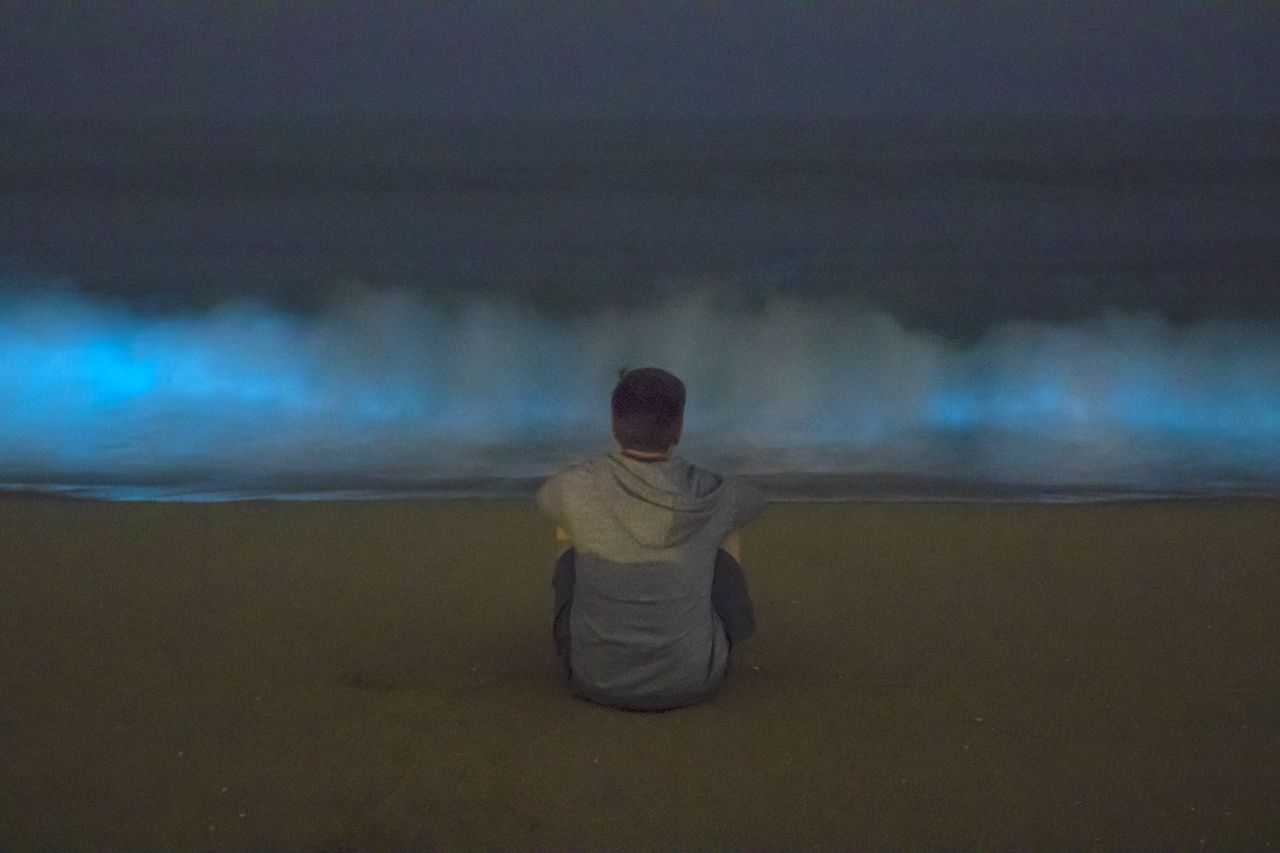 Hutain saw that there was a red tide earlier that day and knew that this could mean a show of bioluminescence at night time, so he told Coyne and Girardeau, and the trio met on the beach once darkness had fallen. (The beach was open to the public and the photographers kept their distance from one another.)

A red tide is when there’s a large increase in a dinoflagellate population, which causes the water to turn red or brown. Dinoflagellates are neither plants nor animals, but small planktonic surface organisms that create the luminescence at night when agitated.

Not all red tides translate into a show of bioluminescence at night, but the three photographers took their chances and were rewarded with some stunning sparkling waves.

Coyne had witnessed the phenomenon twice before, but this one was the brightest he’d ever seen. “As soon as the set crashes, it’s a burst of blue light. It’s not always the perfect burst of blue light, you want it to be dark,” he said to the Orange County Register. 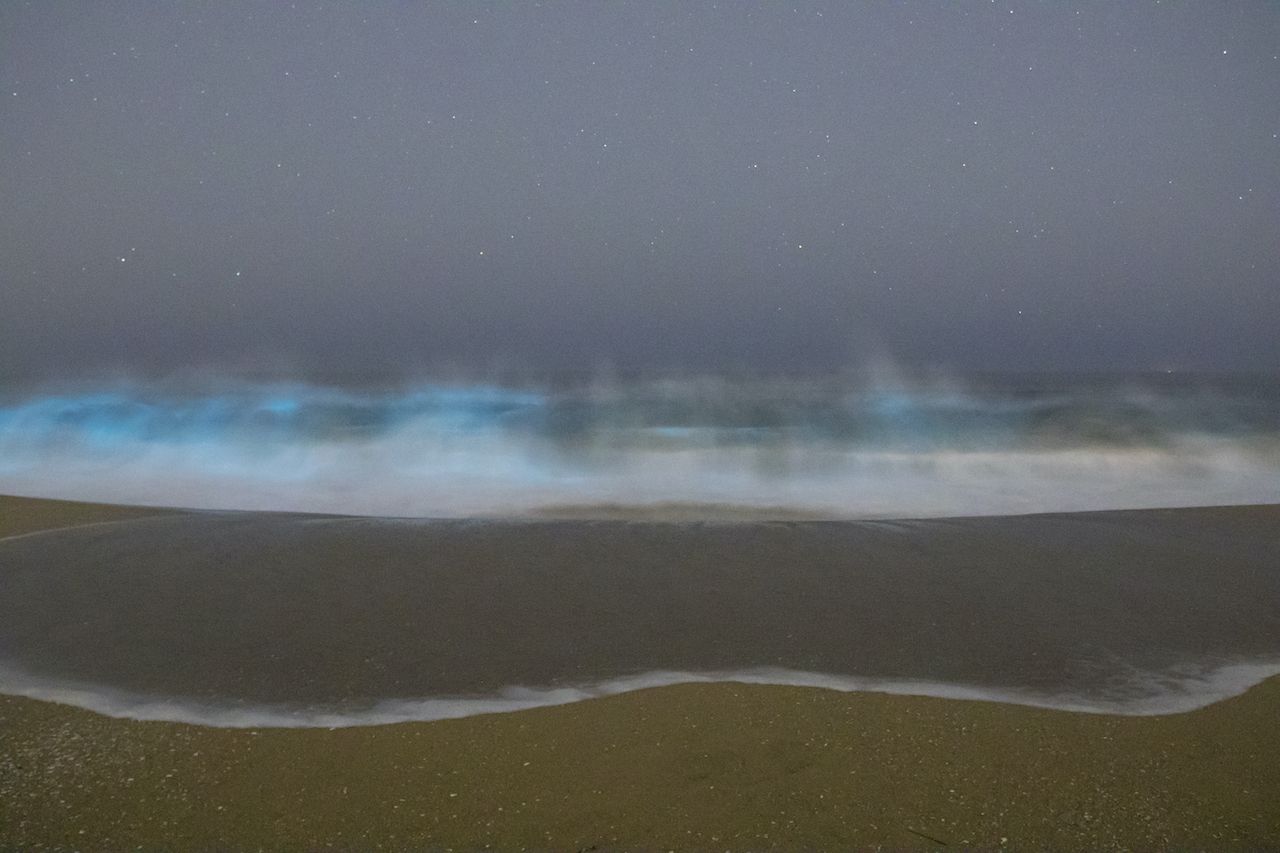 For Girardeau, it was the first time he was able to see ocean bioluminescence, despite several prior attempts. “It was just awesome to see what the ocean has in store for you,” he said. “It’s just amazing. It’s one of those things, once you see it, your mind is blown.”

Beaches and IslandsThe 11 Strangest-Looking Beaches Around the World
Tagged
News
What did you think of this story?
Meh
Good
Awesome