Early in a 2016 episode of Parts Unknown, Anthony Bourdain talked to an Argentinian psychiatrist about depression. Later, outside the confines of the stereotypical psychiatry office with a drink in hand, Bourdain opened up further. “I’m not going to get a lot of sympathy from people, frankly. I have the best job in the world.”

For the most part, he was wrong. People around the world — especially those in the restaurant industry and food media — collectively mourned when Bourdain committed suicide at the age of 61 in a hotel room in France while filming an episode of Parts Unknown on June 8, 2018. Yet three years after the Argentina episode aired, and more than a year after his suicide, there is one person with no sympathy for Bourdain: Dave Chappelle.

In Sticks and Stones, Chappelle’s fifth Netflix special, he opens with a jab at Bourdain.

“Good people of Atlanta, we must never forget that Anthony Bourdain killed himself,” Chappelle says. The abrupt statement is accepted with some laughter from the audience. “Anthony Bourdain had the greatest job that show biz has ever produced. This man flew around the world and ate delicious meals with outstanding people. That man, with that job, hung himself in a luxury suite in France.”

Chappelle then segues into talking about an “urban genius” from his high school who went to an Ivy League school and then law school, where he married and divorced a woman he met. Then Chappelle recalls seeing him recently working as the manager of a DC Footlocker living with his mom for the last 10 years. “Never occurred to this n**** to kill himself,” Chappelle says. “He’s alive and well in DC.” He later tacks on that maybe that friend should think about it.

Chappelle tepidly walks back some of the sting of mocking suicide by quickly saying, “No matter what it might look like from the outside, you don’t know what the fuck is going on inside.” The gist is that it’s fine to mock something so long as there’s a throwaway line giving context. His joke opened the door for victim-blaming and only closes it halfway.

It’s far from the most offensive joke in Sticks and Stones. In fact, it’s probably the least offensive joke in Sticks and Stones. Other positions Chappelle takes: Michael Jackson’s accusers are lying (and should be thankful if they were molested), #MeToo caused anti-abortion laws in the South, the opiod crisis is fine, and the LGBTQ community can’t take a joke. The standup special is an entire set crafted to stake himself out as the opposition. Opposition for opposition’s sake isn’t funny or clever. It’s not even anti-PC culture. It’s just lazy — and part of the reason the special has a flatline 0 percent critic approval rating on Rotten Tomatoes. It’s saying something that even Chappelle’s least offensive joke can move the conversation on mental health backward. 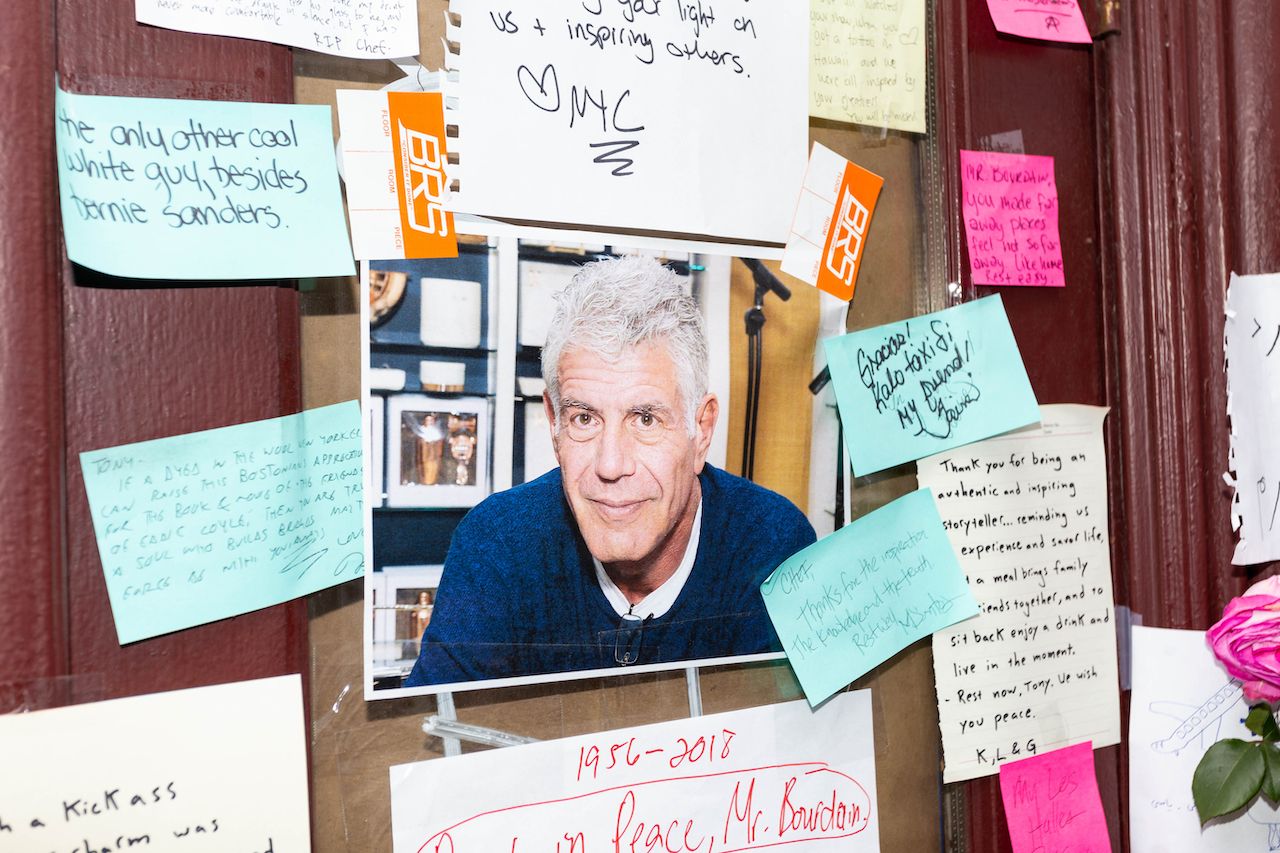 I understand that it’s the comedian’s job to comment in a humorous way about tough topics. That’s part of the reason why I’ve always loved watching Chappelle’s work. Yet other than one glossed over bit in Chappelle’s five-minute-plus opening monologue — “you don’t know what the fuck is going on inside” — the Bourdain joke only makes it harder for people with mental illness to seek help.

Chappelle is a name-brand comedian performing for the largest streaming platform in the world (Netflix reportedly paid Chappelle $60 million for a three-special deal). The more people who make light of suicide, and the more people who link mental health to success, the more accepted it is for others to publicly judge without seriously considering mental health issues. Even worse, it reinforces what many people fighting depression think: There’s someone out there who has it worse. I don’t need to talk to anyone; they do.

I was in college the first time a friend committed suicide. I had just joined Auburn University’s newspaper, The Auburn Plainsman, and one of my first news assignments on staff was to investigate a police gathering at a parking garage near the fraternity house I lived in. I was getting ready to head over when I got a text that we had a mandatory fraternity executive meeting. There, I learned the police activity I was assigned to cover for The Plainsman was the suicide of my friend and fraternity brother.

We locked everyone in a room together and spent the night drinking beer and talking about mental health, and then spent the next few days doing the same. Still, it wasn’t the last suicide, and was far from the last suicide scare, we dealt with together. It’s not easy to overcome the swell of suicide stigma.

By the time of Bourdain’s suicide years later, the memories were still raw. Bourdain’s work was something of an obsession for me, just as it was for many others in food and travel journalism. I covered his words many times for various outlets I worked for. I wrote a perhaps overly long story about seeing him speak and how complex of a character I found him. His death was the first, and so far only, time a celebrity death has made me want to hide away with my own thoughts and wonder what this is all for.

Charities, chef awareness groups, and others went to work after mourning Bourdain. His suicide encouraged action. It furthered the conversation around mental health, particularly in the restaurant industry. Chappelle works against that when he trivializes suicide and reduces it to having to do with a person’s career.

Punching down like Chappelle does in Sticks and Stones is hard to watch. It’s even harder to think about how it encourages others to punch down. But he offers an answer midway through the special: “If you at home watching this shit on Netflix,” he says, “remember, bitch, you clicked on my face!”

So maybe, if you haven’t already, just don’t click on his face.

TravelThe 13 Wisest Things Anthony Bourdain Said About Travel
Tagged
Celebrities
What did you think of this story?
Meh
Good
Awesome