While horror flicks are a surefire way to get you to look under the bed before switching off your nightlight, there’s a more subtle, long-drawn way to give you the creeps this Halloween. Beyond the famous works of Stephen King, literature is rife with sinister tales that can compete with the most hair-raising movies out there, and because it’s not easy to read an entire book over the course of one night, a scary one can keep you on tenterhooks for many days. Whether that’s fantastical tales of pacts with the devil or true crime stories, the following reads will have you check your locks and windows carefully until at least next spring.

1. The Cemetery of Forgotten Books series by Carlos Ruiz Zafón 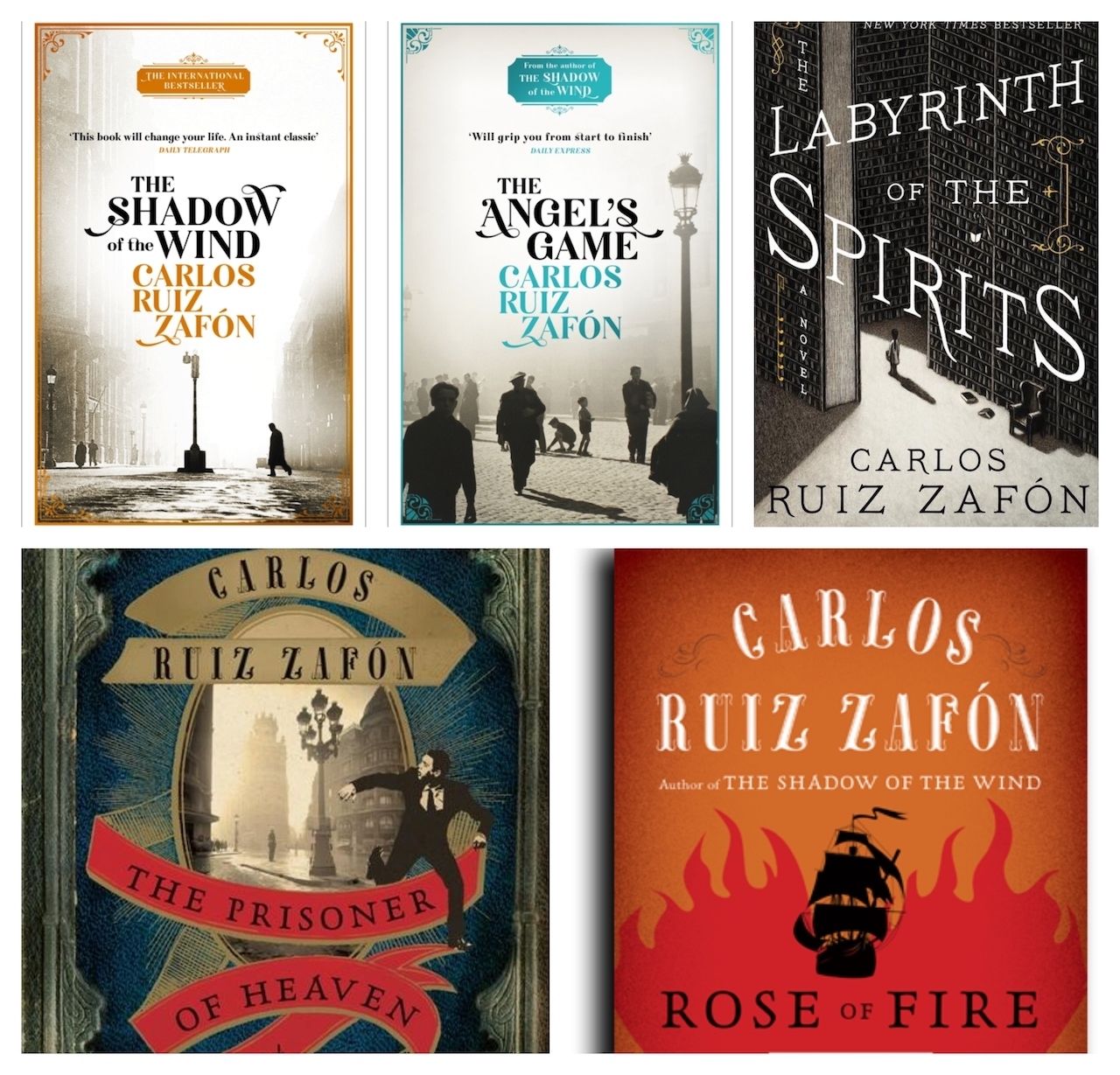 The Cemetery of Forgotten Books, a series composed of, surprisingly, four and a half works of fiction, is is not recent — the first volume, The Shadow of the Wind was published in English in 2004, and the last, The Labyrinth of the Spirits was released in 2018. But this fall is a great time to dive into it — if only just to honor the Spanish author, Carlos Ruiz Zafón, who sadly passed away earlier this summer.

The four novels and one short story that comprise the series are all set in old Barcelona, and it’s nothing like today’s tourist destination — it’s dark, violent, and full of untrustworthy characters, some of whom are working for cruel dictator Franco or are the devil incarnate, depending on what volume you pick up. All four and a half books are thrillers interwoven through their gothic genre (think labyrinthine and imposing castle-like structures, fog, and supernatural events); through the books read, loved, or written by the characters; through the characters themselves (the Sempere family is featured in every book); and through the eponymous Cemetery of Forgotten Books, a secret and obscure library located in the heart of the city.

You can read the quadrology in the order of publication or in the chronological order of the story, but for comprehension’s sake, don’t leave too much time in between each of them or you won’t remember who is the son of whom and who did what. And you don’t want to be frustrated when reading this series — what you want is to be comfortable and ready to bite your nails down to nothing because there’s only one way through those books, and it’s the mysterious and creepy way.

2. I’ll Be Gone in the Dark: One Woman’s Obsessive Search for the Golden State Killer by Michelle McNamara 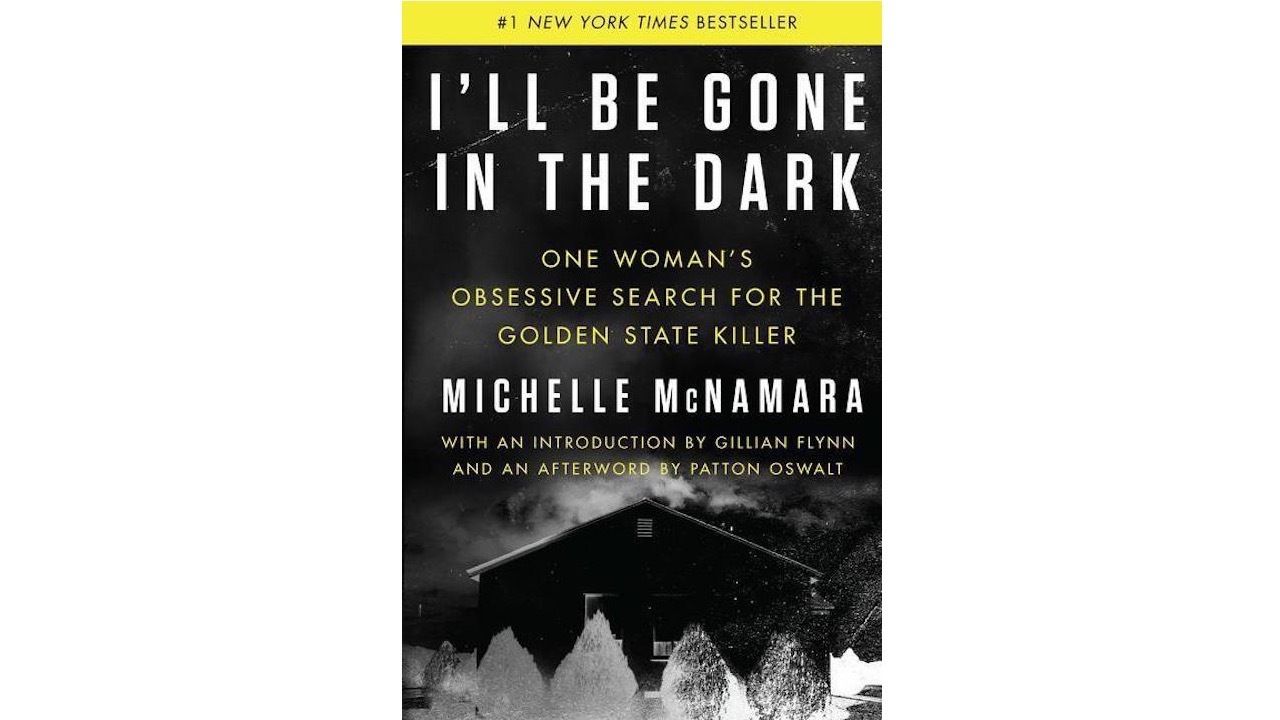 Photo: I’ll Be Gone in the Dark

True crime novels are always more disturbing than crime fiction, but few are as unsettling as McNamara’s account of the numerous grisly crimes committed by one seemingly psychopathic man over the course of a decade in California.

Between 1976 and 1986, one man, whom McNamara has nicknamed the Golden State Killer, terrorized parts of California by committing over 50 sexual assaults and at least 10 murders. He would stalk suburban houses and visit them before his attacks to make sure a window or door would be unlocked so he could slip in under the cover of night and proceed to destroy people’s lives forever.

McNamara, who passed away in 2016 before finishing this book, was obsessed with finding the man who had evaded capture for over 40 years, and it shows in the incredible level of details in her research and the countless hours of work she put in interviewing people, accessing old files, etc. The book was finished thanks to McNamara’s lead researcher and a colleague. It was published in February 2018, just two months before James Deangelo, the perpetrator, was found thanks to genetic genealogy and arrested. In the summer of 2020, he pleaded guilty to 13 counts of first-degree murder.

Knowing that the Golden State Killer is finally behind bars does not make McNamara’s book less frightening — it gives readers a chilling and scrupulously specific report of Deangelo’s horrific crimes — but at least you can go to sleep with the knowledge that he can’t do any more harm. The book, and McNamara’s story, was also recently into an HBO docuseries.

3. Frankenstein in Baghdad by Ahmed Saadaw 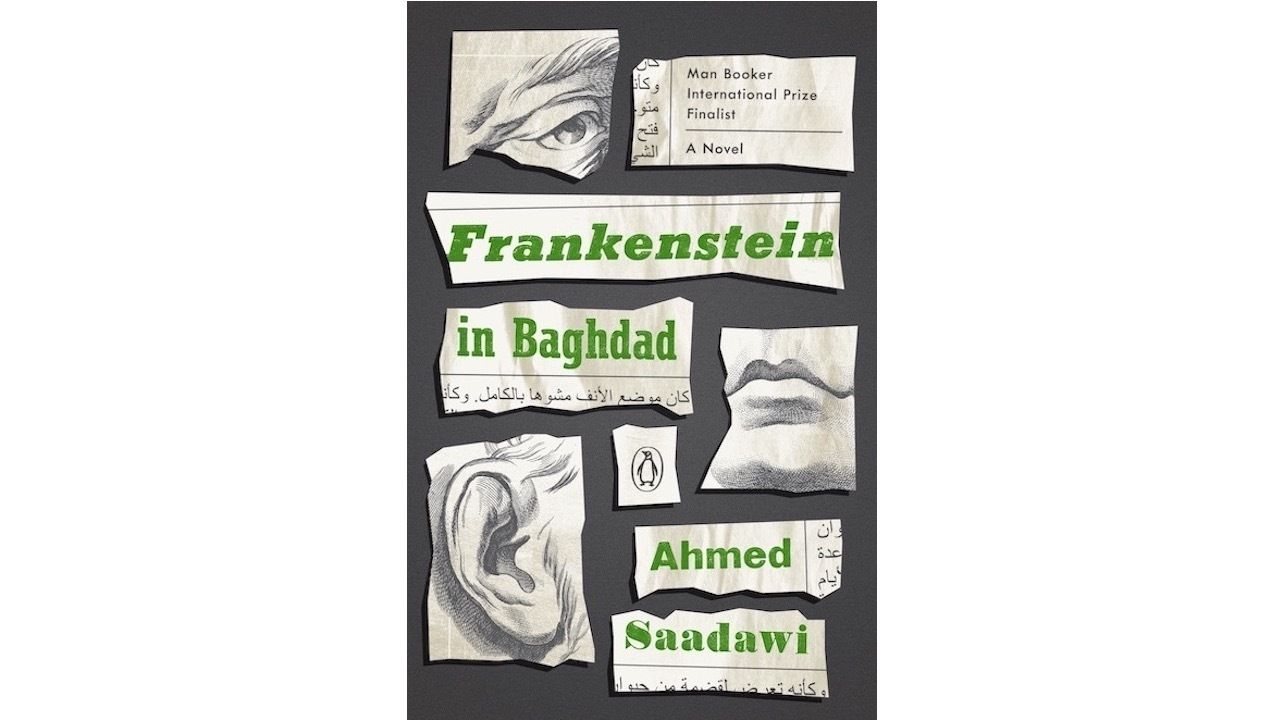 It’s hard to imagine a novelist improving on a scary story with the staying power of Mary Shelley’s Frankenstein. Shelley’s novel, published in 1818, is often called the world’s first science fiction novel, though fans of the horror genre are more inclined to identify the campfire tale turned literary classic as a giant in the world of gothic literature. In 2013, Iraqi author Ahmed Saadaw took on the challenge of recontextualizing Shelley’s Frankenstein for a modern audience, capitalizing on the all-too-real horrors of the Iraq War for his novel’s setting.

In Saadaw’s retelling, a junk dealer named Hadi reanimates a monster known as Whatitsname whom he stitched together using body parts that were dismembered by explosives. Yet even before Whatitsname is brought to life, and develops a taste for vengeance on behalf of the city’s bombing victims, the Baghdadis central to the novel are plagued by the fear of man-on-man violence. Saadaw artfully approaches the story with a matter-of-fact, and at times even humorous, tone that exposes the absurdity and chaos of modern warfare.

By blending supernatural themes borrowed from Shelley’s Frankenstein with real-world themes most readers have not had to personally confront, Saadaw weaves together a complex narrative that leaves you unsettled in ways most works of horror and science fiction only aspire to.

4. The Hunger by Alma Katsu 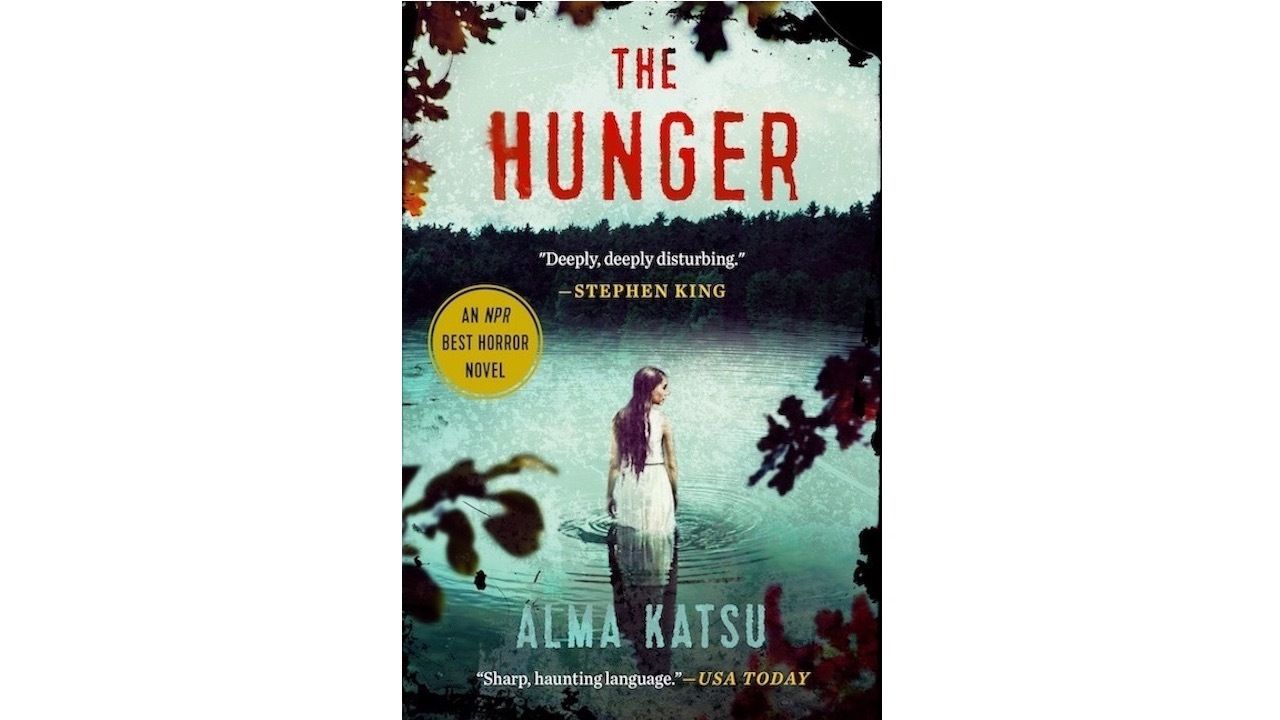 Truth, as they say, is stranger than fiction. The same principle applies to horror stories: They’re that much more terrifying when rooted in real events. Alma Katsu’s award-winning novel The Hunger tells the infamous story of the Donner Party, a band of California-bound, 19th-century emigrants that resorted to cannibalism after getting trapped in the Sierra Nevada mountains. The true events of the harrowing westward journey are difficult enough to stomach, but Katsu does not stop at the grim historical details: Her novel also introduces a dose of the supernatural.

Ironically, Katsu downplays the cannibalistic twist that has long fueled the morbid fascination surrounding the Donner Party nightmare. “Since everyone knows what supposedly happened at Truckee Lake that fateful winter, we thought it would be more suspenseful to make them wait for it,” she writes on her website. Instead, Katsu grips and torments readers with an eerie, well-researched facsimile of 19th-century America, vivid imagery of the harsh pioneering life, and the gnawing suggestion that malevolence, and not merely bad luck, may have shaped the Donner Party’s fate. 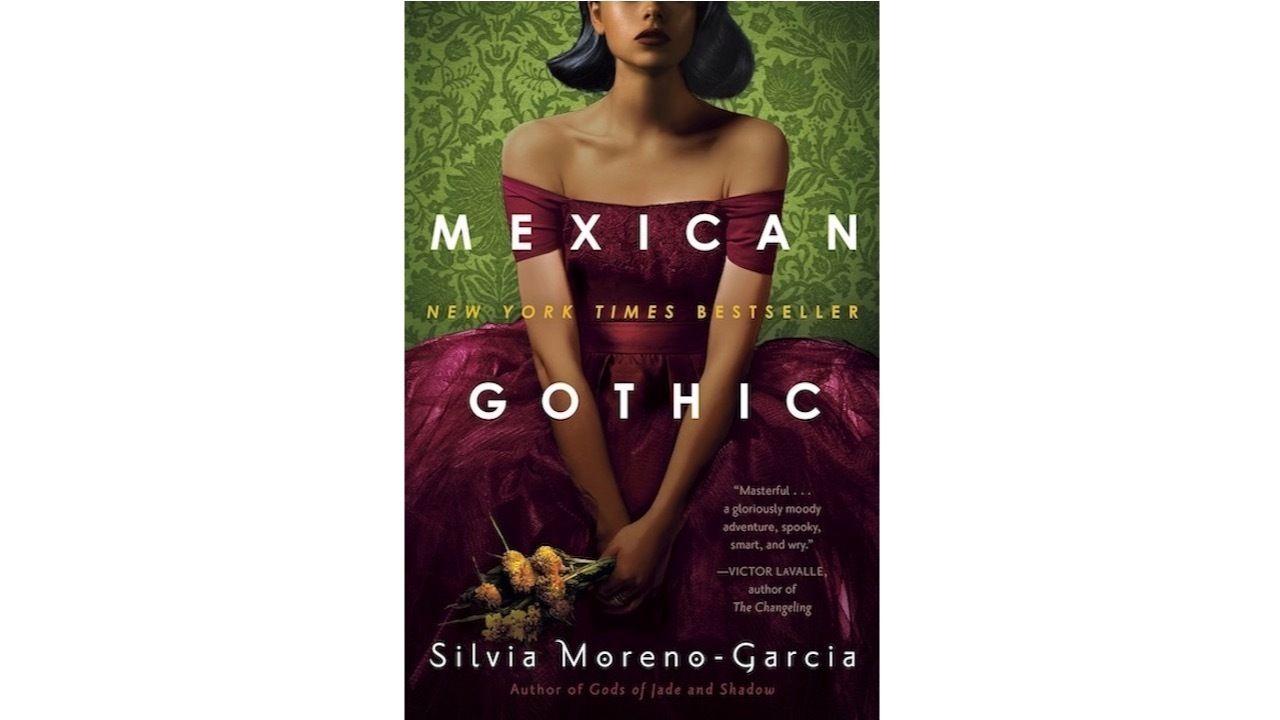 Silvia Moreno-Garcia’s Mexican Gothic delivers on its title’s promise: Set in a Mexican mountain town in the 1950s, the novel is a masterwork in gothic literature, complete with an isolated mansion, characters uncovering secrets by candlelight, otherworldly explanations for the novel’s mysteries, and a cast of characters whose intentions, and sanity, are questionable.

The story begins when protagonist Noemí Taboada hears from her newlywed cousin, who fears that her aristocratic Englishman husband is trying to poison her. Socialite Noemí leaves Mexico City for High Place, the family estate of her cousin’s new in-laws, the Doyles. There, Noemí discovers twisted secrets that permeate the property’s molding walls, the psyches of its newfound guests, and the pages of Moreno-Garcia’s novel in equal proportion.

The true horror of Mexican Gothic’s narrative is the story of colonialism, embodied by the Doyle family with its mining legacy, library full of books on eugenics, and habit of exoticizing and dismissing the women of color they invite into their lives. Though much of the novel’s suspense is communicated through its elegant use of gothic tropes, ultimately, it’s the novel’s preoccupation with bloodline and legacy that drives Moreno-Garcia’s more sinister moments. 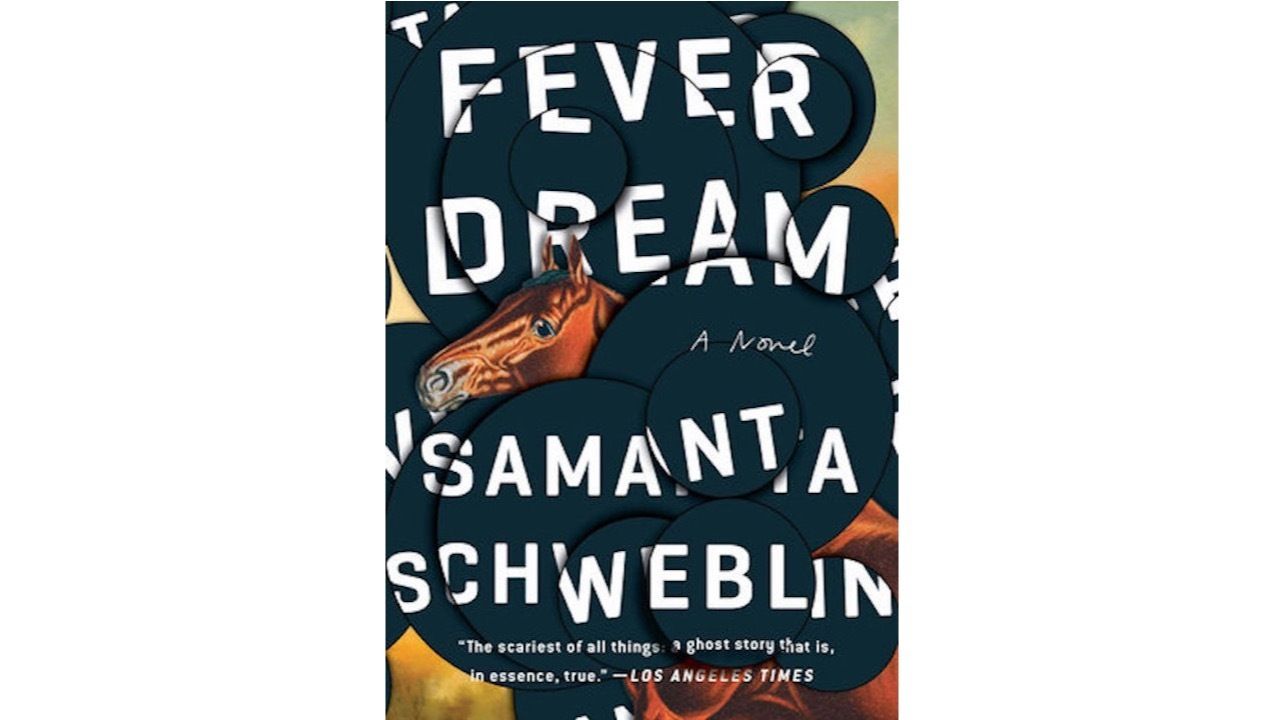 The novel centers on protagonist Amanda, an ailing woman condemned to a hospital bed in rural Argentina. The narrative unfolds as a conversation between Amanda and David, a child sick from drinking river water who talks Amanda through the gnawing awareness that her body is infested by worms. Their exchange increasingly reads like a fever dream, with lines of dialogue blurring together both on the page and in the minds of readers and characters alike.

As the story progresses, the reader learns that Amanda and David’s town has been exposed to toxic runoff. As such, the novel presents as an eco-nightmare and indictment of landowners who prioritize profit at any cost. Though the premise alone is frightening, Schweblin unflinchingly teases the line between environmental commentary and psychological breakdown, providing answers just clear enough to bring readers along for a ride through Amanda’s agonizing reality.

7. Our Little Secret by Roz Nay 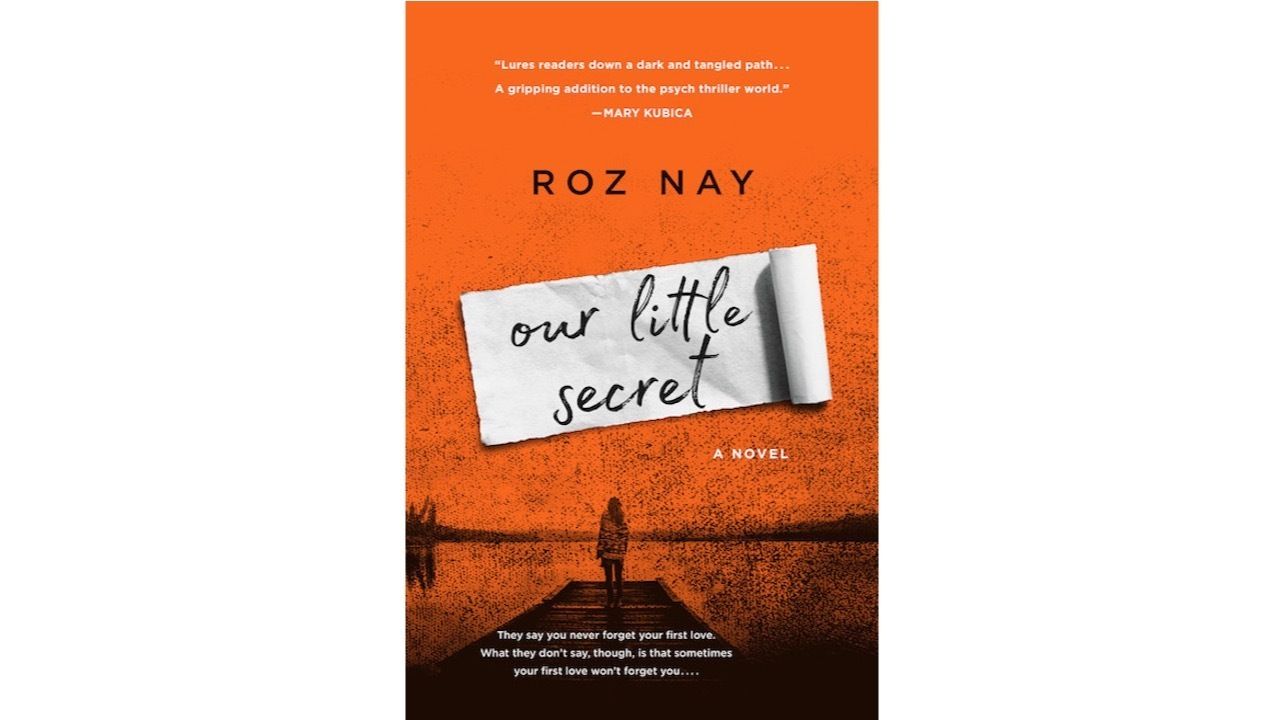 The story centers around the relationship between Angela and H.P from their first encounter in school, through their passionate love affair, to the destruction of it all with the arrival of beautiful Saskia in the picture. Betrayal, jealousy, mind games, and delusions take center stage and lead the characters down poorly chosen paths, and the readers through fits of anger and frustration, until Saksia mysteriously disappears.

The tension gets higher and higher at every page, so there’s no way you’ll want to put the book down before you know the very twisted ending. Our advice: Make you have a thermos of herbal tea at the ready (avoid coffee if you want to remain sane) and a comfortable seat to spend the next few hours — you will not want to be interrupted.

CultureThe 9 Most Chilling Ghost Tours in the US
Tagged
Books Holidays
What did you think of this story?
Meh
Good
Awesome