Salem might be the unofficial Halloweentown of the US, but given its insane popularity, the scariest thing about Salem isn’t the ghosts — it’s the enormous crowds. Part of what makes ghost tours so captivating is using your imagination and suspending disbelief. That’s a bit tough when drunk college kids dressed as the Stranger Things cast are marching down the street shouting obscenities. Luckily, not every haunted town is as oversaturated with Halloween tourism as Salem. There are spine-tingling ghost tours all across the country, which succeed both in tingling your spine as well as giving you unique historical insights. Even if you’re not a believer, these are the ghost tours that may just convince you that ghosts are real. 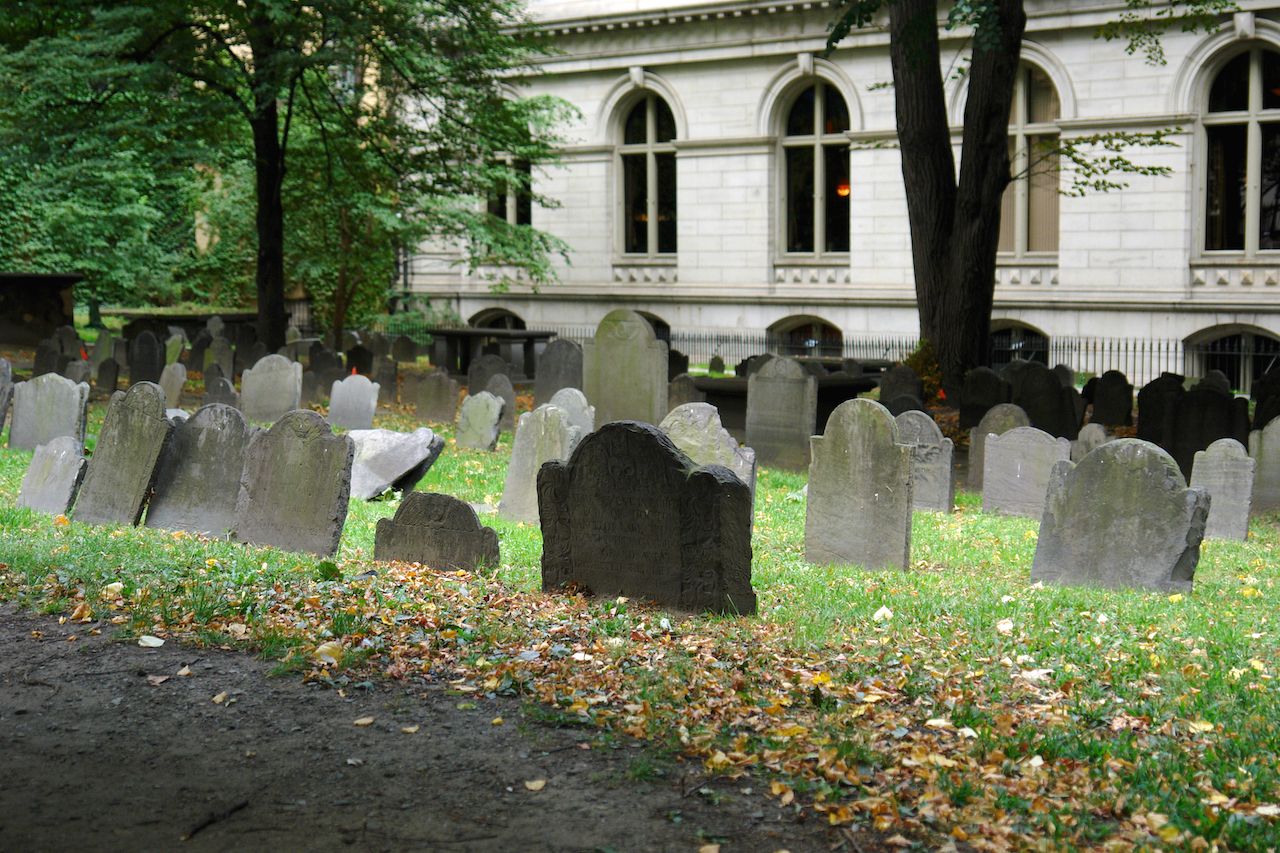 It’s not often that a major city is actually overlooked for the charming suburb. When it comes to ghost tours, though, you’re probably better off sticking to Boston rather than driving an hour north to Salem. Boston is known for its history, and where there’s history, there are souls that haven’t quite been laid to rest.

On the Ghosts & Gravestones Tour, you’ll stroll through cemeteries predating the nation’s founding, learn all about the city’s grave-robbing past, and hear stories of tortures, punishments, and executions you never imagined could happen in Beantown. You can expect to visit the King’s Chapel Burying Ground, the haunted Omni Parker House, Boston Harbor — the site of many sailors’ drownings — and more sites that evoke the city’s chilling past.

The tour operates daily from April to October and Saturdays only from December to March. Tickets are $40 for adults and can be purchased online. 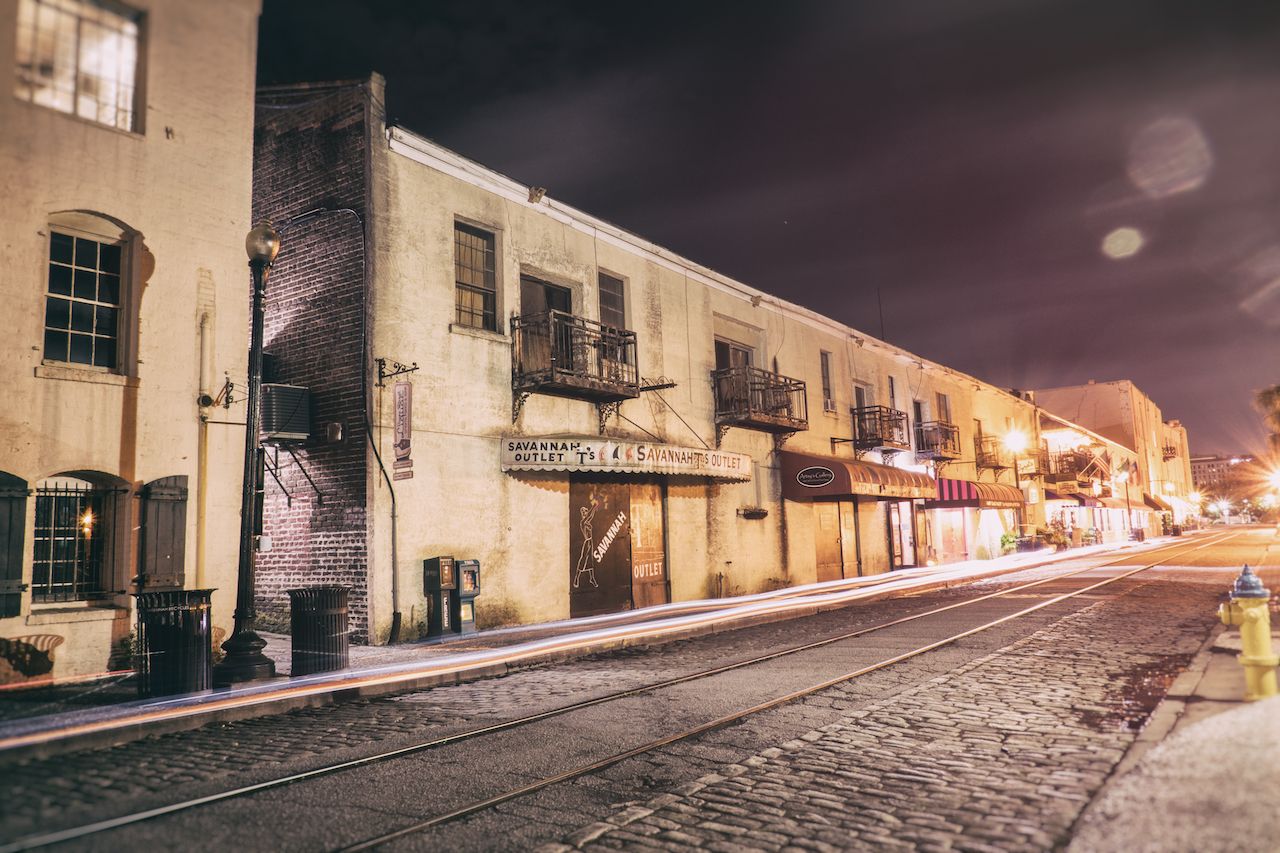 A ghost tour in the south takes on a completely unique character from one anywhere else in the country. Here, you’ll find ghost stories from the colonial and confederate past that have endured to this very day. On Blue Orb’s Zombie Tour, frequently ranked as one of the best ghost tours in the world, you will learn about zombies as they were classically conceived. Indeed, the roots of the walking undead can be traced back to the Voodoo communities of the Georgia low country. The tour focuses on the traditional Conjurers, who — according to legend — would summon ghosts, spirits, and the undead. The Zombie Tour lasts two hours and costs $30 per person.

For a slightly less frightening tour that’s appropriate for all ages, Blue Orb also offers a Savannah Shadows Tour based on the popular book by Tobias McGriff. The tour visits many of the stops from the book, including the playground of the Dark Eyed Children, the Live Oaks in the Hanging Square, and several of Savannah’s historic and stately streets. The tour lasts for an hour and a half and costs $25 per person. 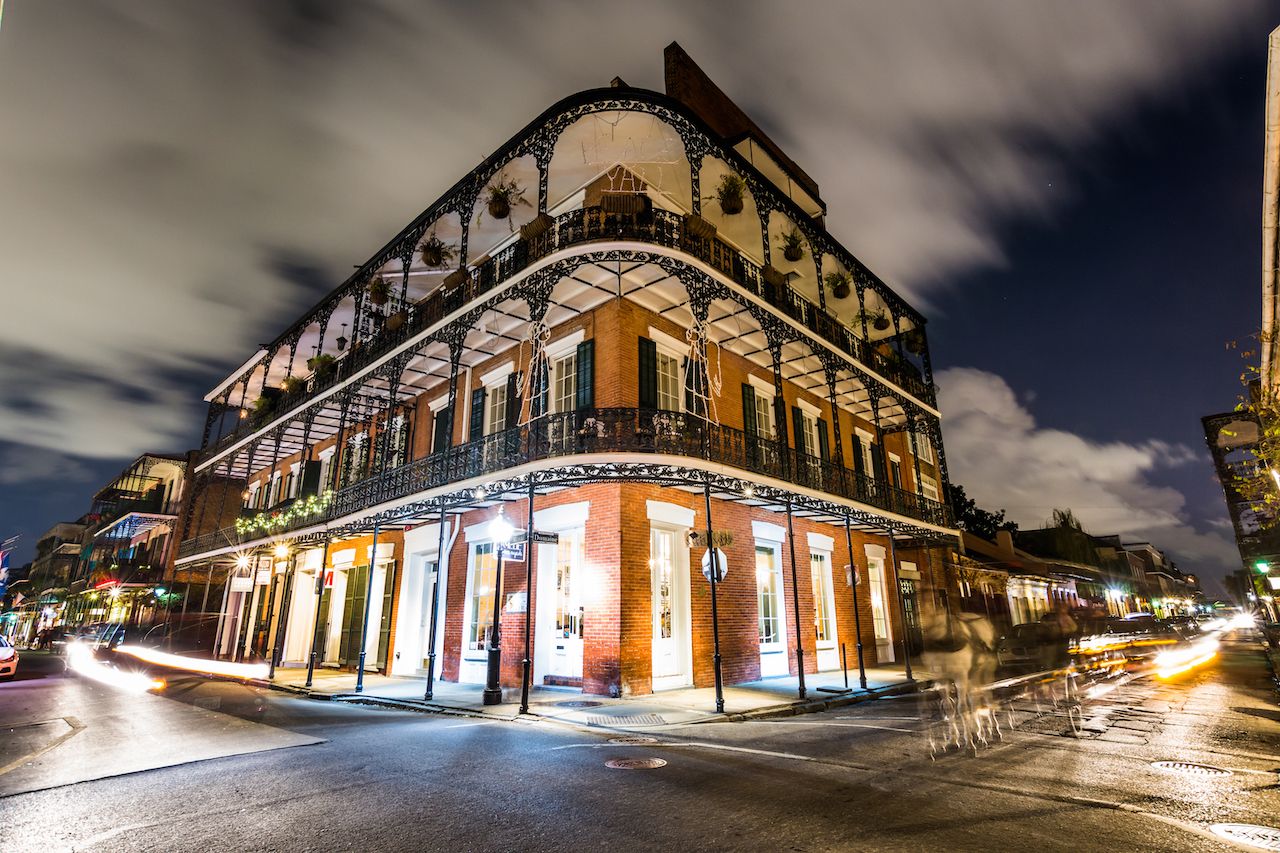 Sure, you know the city for its raucous Mardi Gras celebrations, but there’s more to the historic French Quarter than bead-throwing shenanigans. Guided by master storytellers, the Ghost & Vampire Tour will bring you through the French Quarter’s streets, where you’ll learn about some of the city’s most gruesome murders. One notable stop is the mansion of murderer Madame Marie Delphine MacCarty LaLaurie, who notoriously tortured and killed slaves in her household.

Tours run at 6:00 PM and 8:00 PM every night, starting at the Voodoo Lounge on Rampart Street. Tickets for the tour only cost $17 if purchased online. 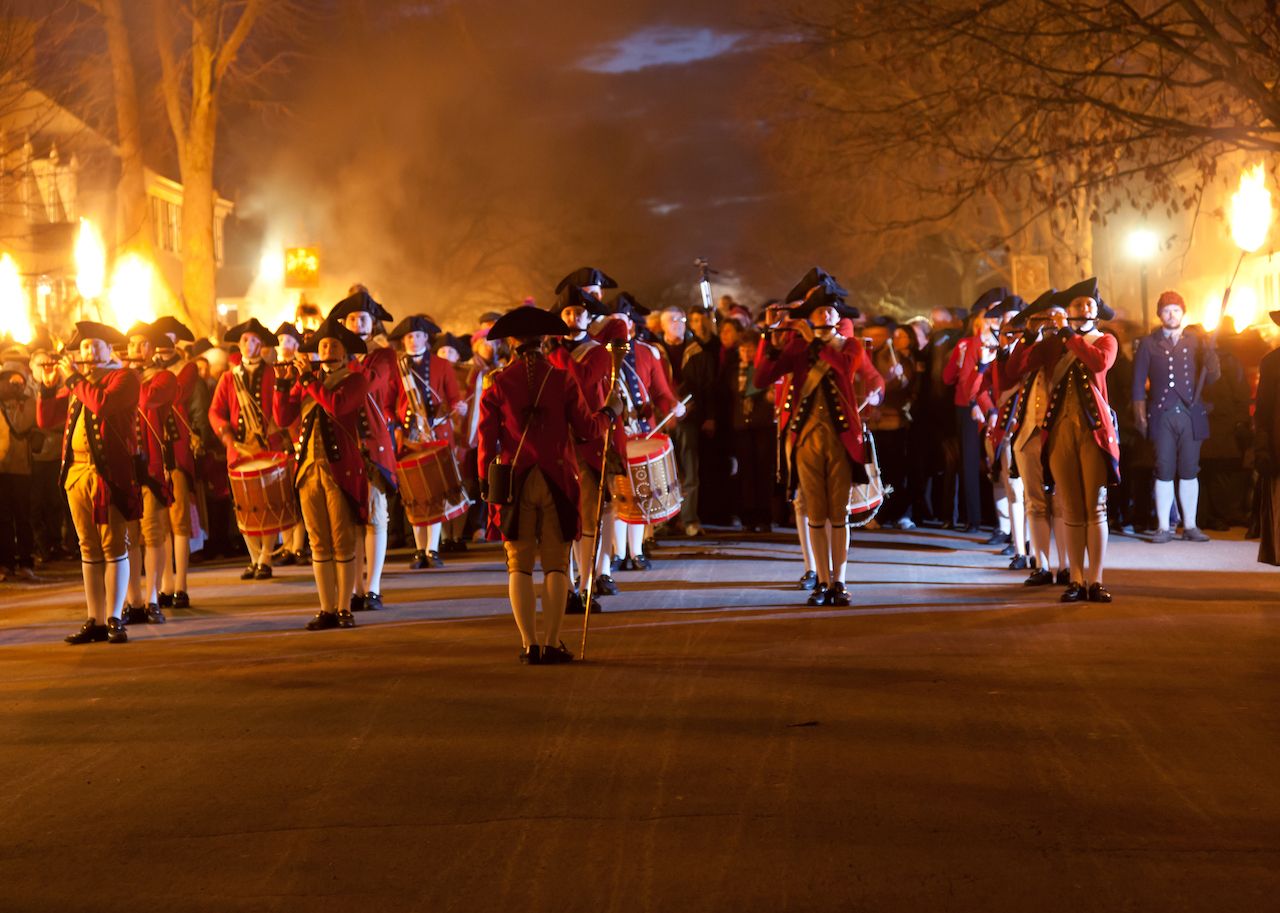 Colonial Williamsburg might be the best example of a historical reenactment village in the US. At night, however, the butter-churners go to bed, the blacksmith hangs up his hammer, and the ghosts of America’s colonial past come alive. All ghost tours are rooted in elements of history, but none make it easier to suspend your disbelief than this 18th-century village. Starting at 8:00 PM every day from March to November, the Original Ghosts of Williamsburg tour will take you on a candlelit walk through the colonial town streets and the nearby campus of The College of William & Mary — the second-oldest college in the US.

For a slightly more intense experience, try the Extreme Ghosts of Williamsburg tour that takes place at 9:15 PM and includes licensed paranormal investigators equipped with real ghost-hunting equipment. Tickets are $13 for the original tour and $17 for the Extreme tour. 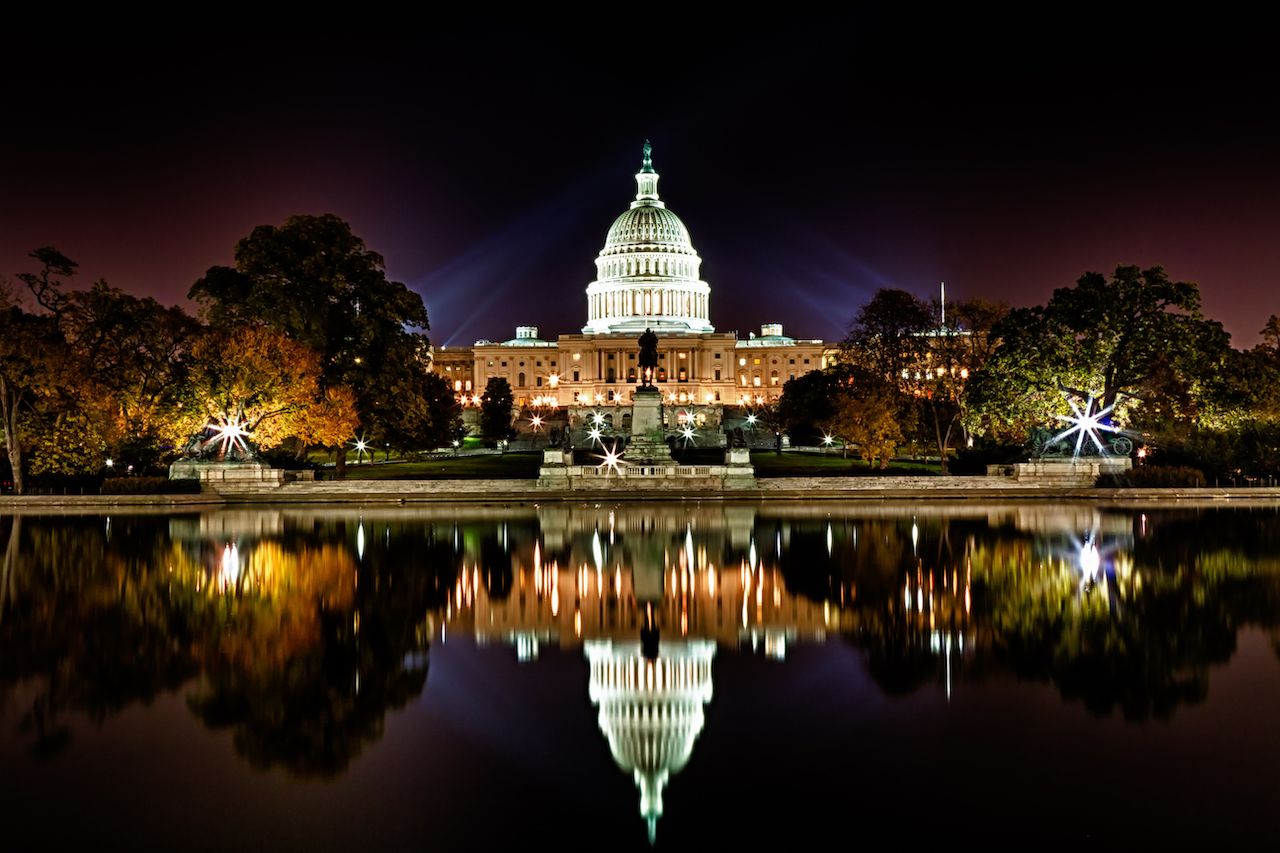 For some, the current administration in the White House is more nightmare-inducing than any ghost. But if you’re eager to discover Washington’s less high-profile phantoms, and drink away your political woes while doing it, the White House Pub Tour in Washington DC is for you. This two-and-a-half-hour haunted tour follows a walking route that explores the history of some of DC’s most haunted pubs. Expect to visit at least three or four different locations for a story and a brew. For obvious reasons, all participants must be 21+. Tours leave from the Occidental Grill at 8:30 PM Thursdays through Saturdays. Tickets cost $25 per person and can be booked online. 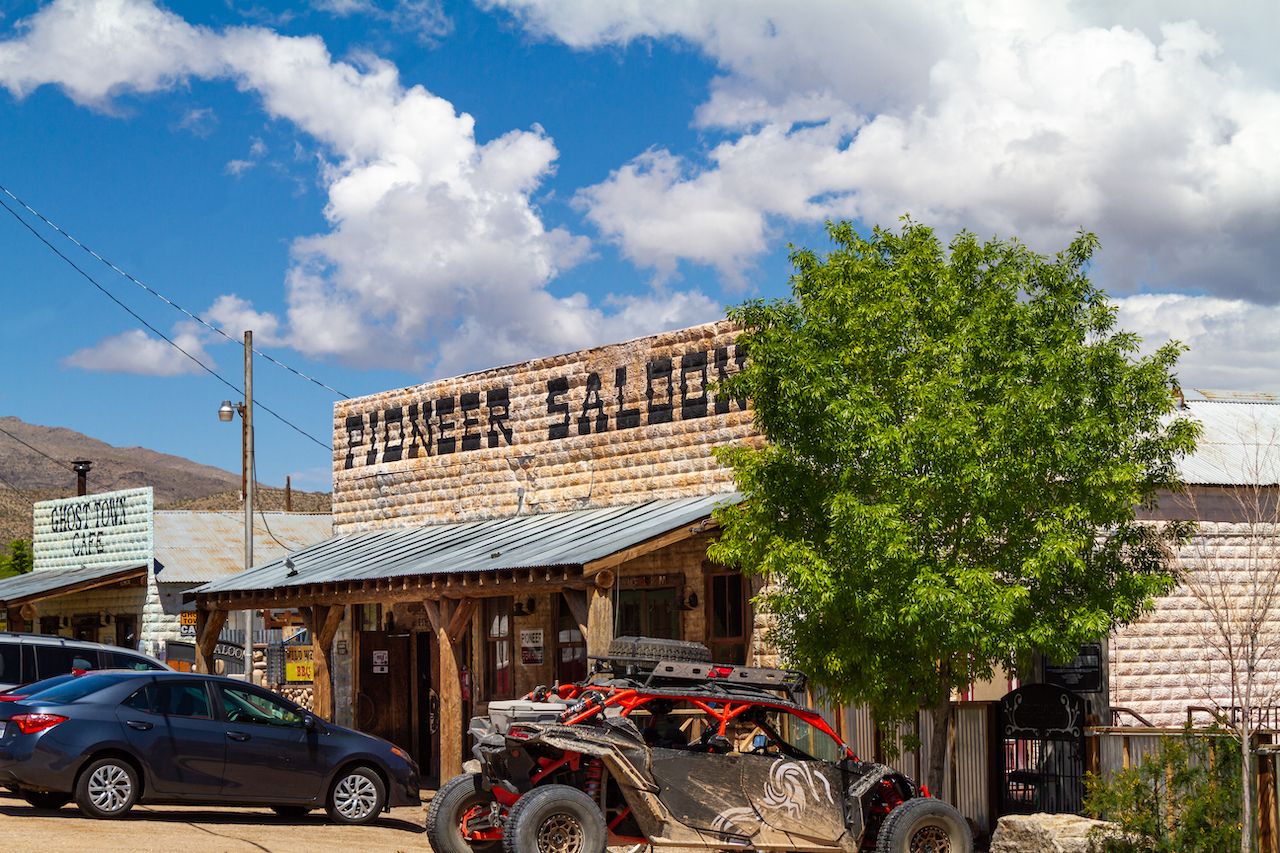 Believe it or not, there are scarier things in Nevada than the 11:00 AM shift at a Vegas strip club. Venture 45 minutes south of Sin City to the small town of Goodsprings for one of the best ghost tours in the country. If you haven’t heard of Goodsprings, it’s probably because it’s mostly abandoned, but that makes it the ideal place to see the ghosts of the Wild West. And as you’ll see, they take ghost hunting pretty seriously here.

The ghost-busting professionals at Goodsprings Ghost Hunt will transport you from Las Vegas to Goodsprings via bus, where you’ll hear some chilling Goodsprings ghost stories. Upon arrival, you will be outfitted with lanterns and ghost-hunting equipment (told you this was serious) before exploring the town’s abandoned miner’s cabins, old cemetery, and saloon. At the end, you’ll even participate in a special paranormal ceremony, attempting to contact the ghosts that still inhabit the saloon.

Bookings are available seven days a week, with tours beginning at 6:30 PM. The experience is rather expensive at $120 per person, but I guess that’s the price you pay for real ghostbuster training. 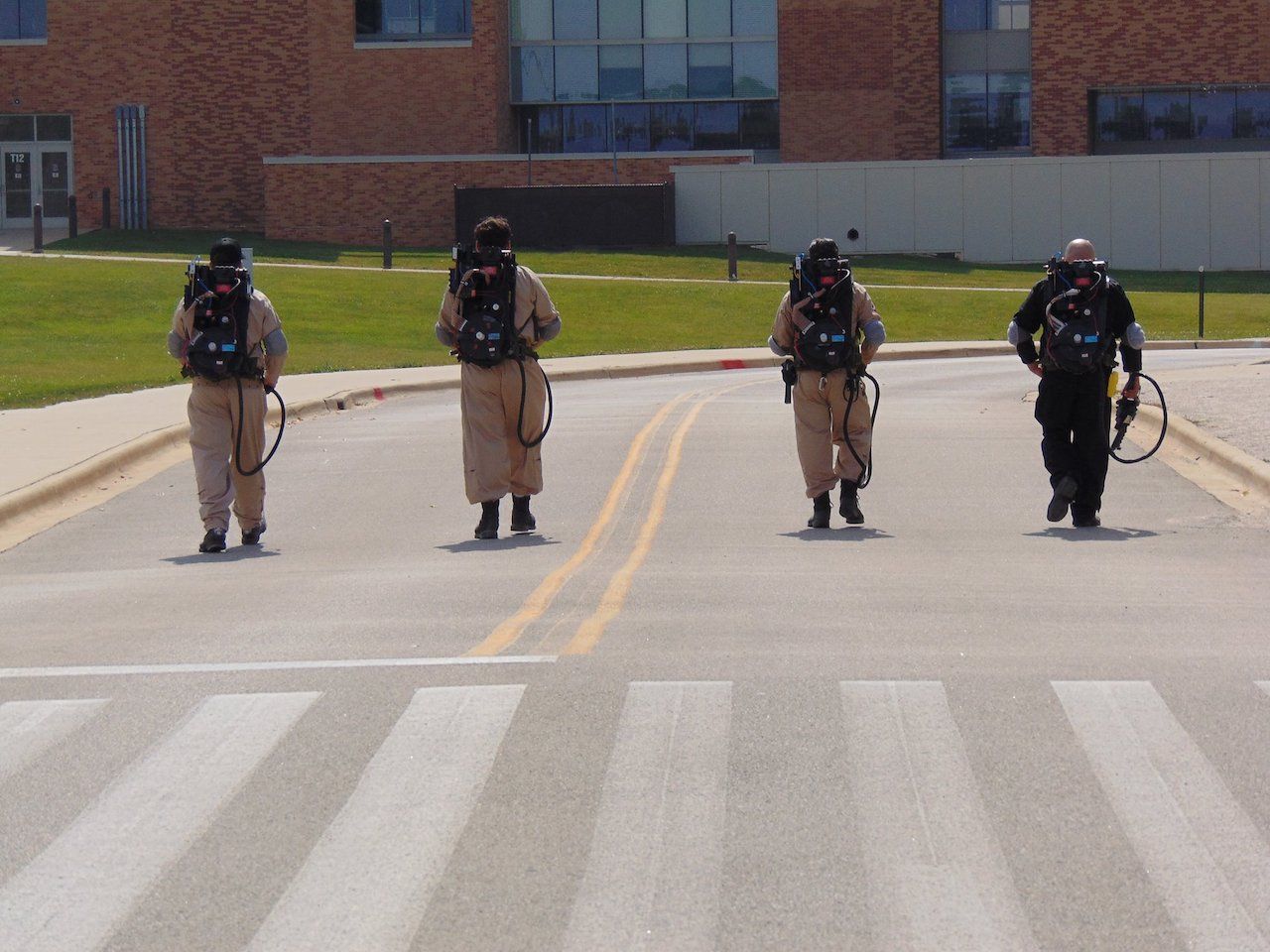 If you find yourself in the Chicago area around Halloween, you may be tempted to stick to the big city for your paranormal fix. True ghost tour enthusiasts, however, should dive into the seven-hour Great Lake County Ghost Adventure, which begins just 45-minutes from Chicago in Long Grove.

Led by experienced paranormal researchers, this tour will bring you through haunted sites in one of the state’s oldest and most picturesque counties. Stops include the eerie Devil’s Gate abandoned farm, the mysterious Cuba Road — the site of many ghost sightings — and White Cemetery, where visitors have reported seeing floating white orbs, moving specters, and other strange hallucinations. Ghost-hunting equipment and instruction will be provided, so you can take an active role in the adventure. The tour also includes lunch with a cash bar, trivia, and prizes. 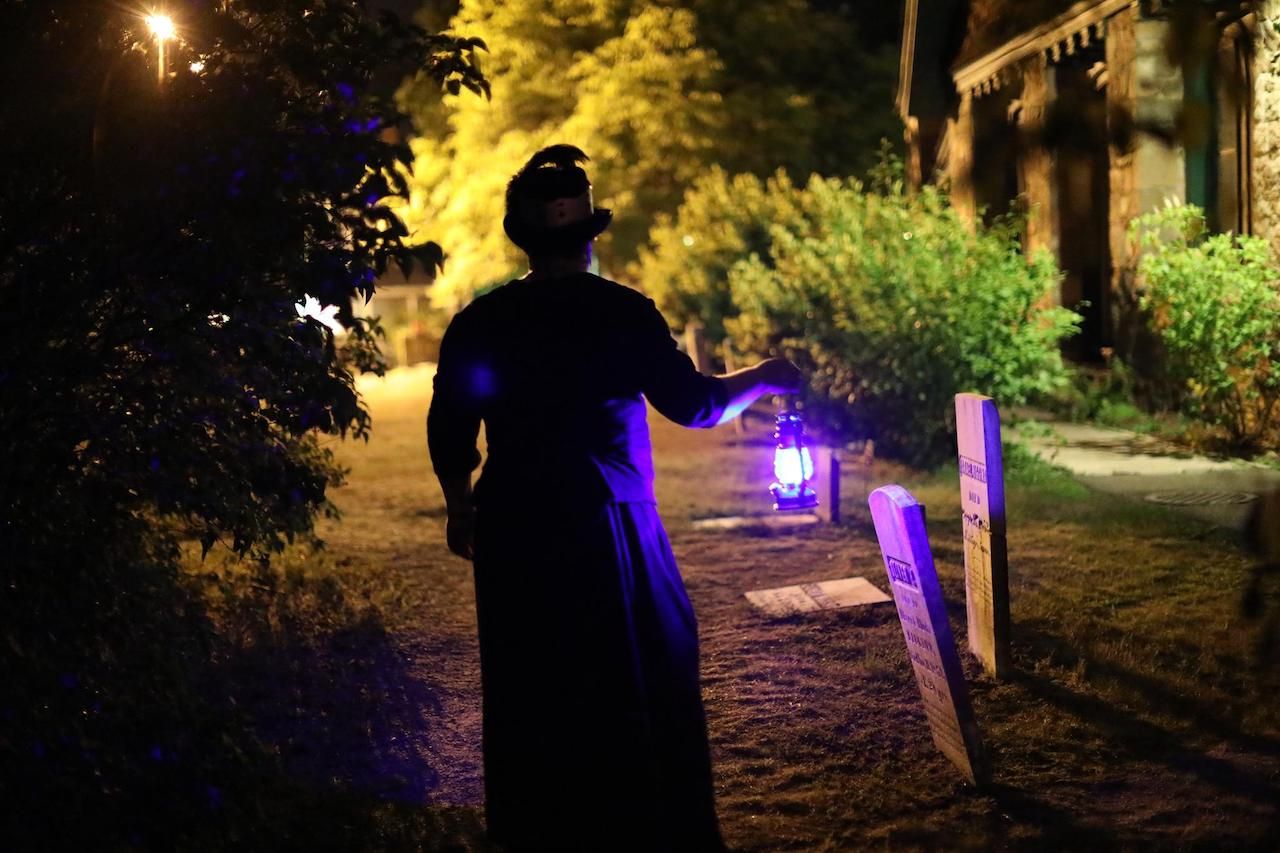 Thanks to Stephen King, Maine already has a reputation as one of America’s spookiest states. At first glance Bar Harbor might look like an innocuous seaport, but further inspection reveals a town haunted by the ghosts of its past.

On the Bar Harbor Ghost Tour, your guide will lead you by lantern light to the places throughout town that are known as paranormal hot spots. Legend has it that people frequently see orbs and full-body apparitions on the walk, so keep your eyes peeled. In addition to visiting the Old Burial Ground, the Criterion Theatre from 1932, and listening to an electronic voice recording of a resident spirit, you’ll also hear ghost tales of the Wabanaki Indigenous tribe. The tour costs $18 for adults and $16 for children, and it lasts about 90 minutes. 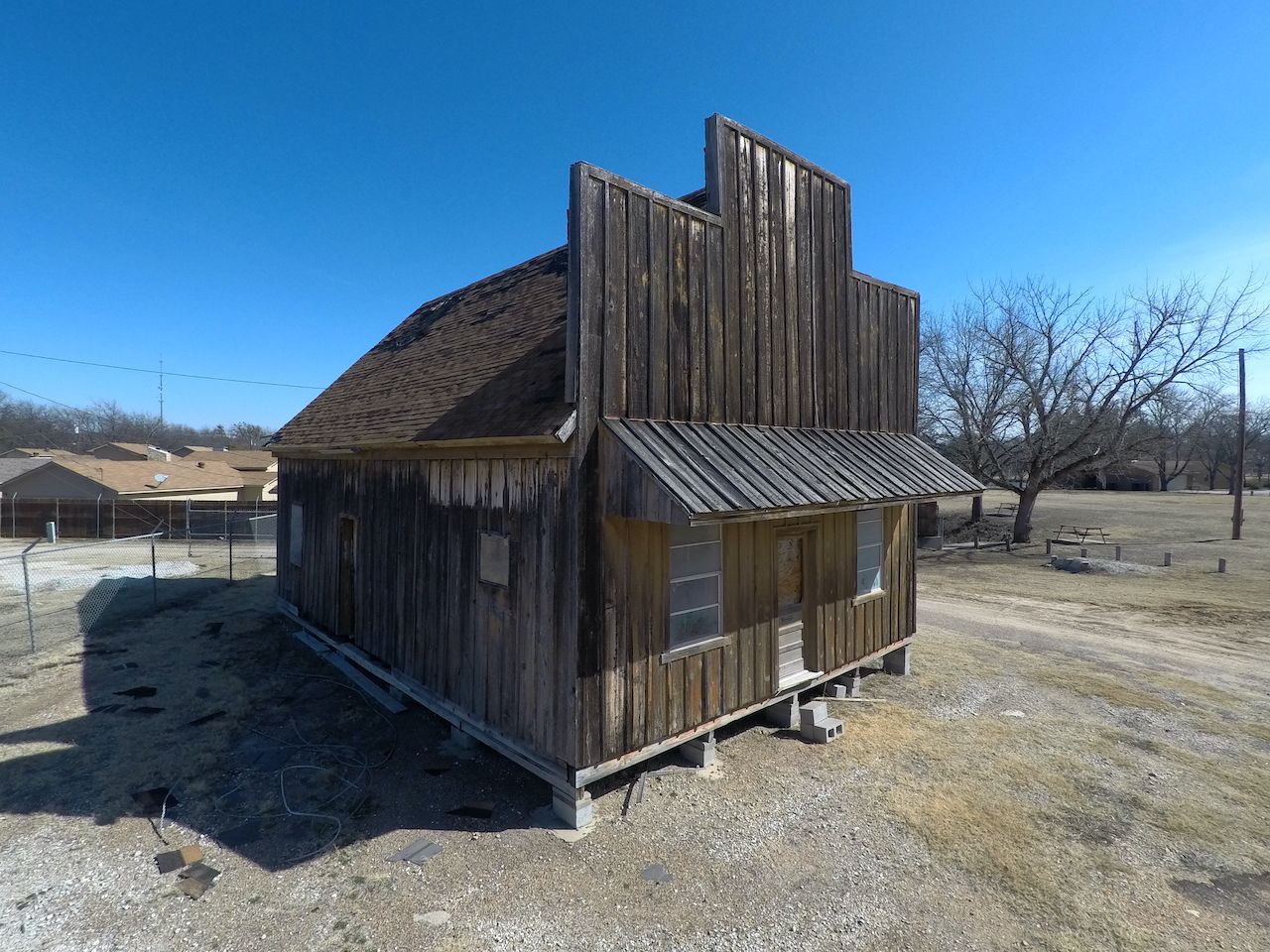 It’s one thing to go on a walking tour and see ordinary ghosts but quite another to see the restless spirits of historical figures you actually recognize. The Ghosts and Legends Tour is like the Hollywood Walk of Fame of ghost tours.

On the tour, you’ll be transported into an alternate Antebellum universe, where ghosts of the Civil War stalk the streets. You won’t just be seeing ghosts of the ordinary variety. The ghosts of Jesse James, Indian Joe, the Lady in Red, and the Faceless Girl can supposedly be spotted in Granbury. The ghost of John Wilkes Booth, Lincoln’s assassin, is even rumored to haunt the local opera house. You’ll visit the Historic Hood County Jail, Nutt House Hotel, Nutshell Eatery and Bakery, and former bordello Hanks in your pursuit of paranormal activity.

Tours cost $10 per person and run year-round every Friday and Saturday night.

A version of this article was previously published on October 23, 2019, and was updated on August 25, 2020, with more information.

Holidays7 Fascinating Halloween Traditions Around the World
Tagged
Culture United States
What did you think of this story?
Meh
Good
Awesome