Some pretty exciting developments are coming to the Disney parks, with new major announcements about fan-favorite franchises. The past few months have seen some major changes at Disney, with the unveiling of the new Star Wars Park features and speculation abounding about additional parks and experiences. Now, at Disney’s D23 exhibition and on their blog, they’re spilling the beans about everything coming down the pike in the next few years. 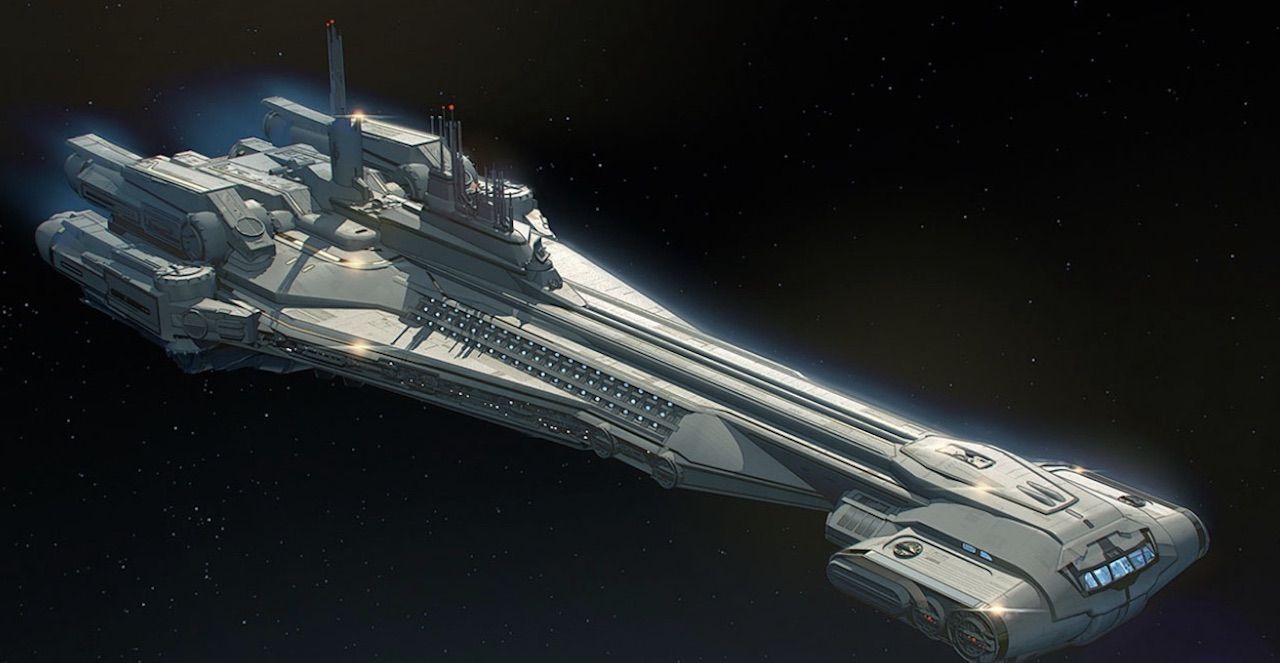 According to the Disney Parks blog, the reported Star Wars hotel now has an official name, “Star Wars: Galactic Starcruiser,” with guests checking into a ship called the Halcyon. During your stay, you’ll interact with franchise characters and even participate in plotlines that develop during the course of your visit.

In Disneyland in California, the Main Street parade will be getting revamped. Called “Magic Happens,” it will pull from Disney’s narrative repertoire, with characters like Moana and Miguel from Coco getting new, fantastical floats. California will also be getting the first-ever Mickey ride-through attraction in 2022. Mickey and Minnie’s Runaway Railway, located in Mickey’s Toontown, will bring visitors into the world of cartoon shorts.

Walt Disney World, in Florida, will be getting its very own cable car system, the Skyliner, next month. It will connect guests staying in four of the park’s resorts (Art of Animation, Caribbean Beach, Pop Century, and Riviera) to Epcot and Hollywood Studios. Disney Springs, also in Florida, will premiere a new show called Destiny, headed by Cirque du Soleil writers. Previews will begin in March of next year, and will include new animated sequences with classic Disney characters.

One of the most exciting new developments, however, might be the new Avengers Campus, opening in Disneyland’s California Adventure in 2020. While there is already a Guardians of the Galaxy-themed ride (a revamped Tower of Terror, which opened in 2017), two rides have been announced thus far, one for — in true Marvel fashion — each of the opening’s phases.

Phase one involves a Spider-Man attraction, which will be located in the Worldwide Engineering Brigade (aka WEB), and will, according to Disney, “give you a taste of what it’s like to have actual superpowers as you help Spider-Man collect Spider-Bots that have run amok.”

The second will be an attraction in the California park, housed in a building that looks just like the Avengers HQ in New York; parkgoers step onto a Quinjet and fly with the Avengers to Wakanda, where an epic team-up to save the world will take place. Disney says that new ride technology will immerse you in the center of the action, and the concept art is simply mind-blowing.

While other details on the Avengers Campus are scarce, visitors can expect new restaurants, like the Pym Test Kitchen, and interactions with characters like Iron Man, Black Widow, the Guardians of the Galaxy, Ant-Man and the Wasp, Doctor Strange, and more. 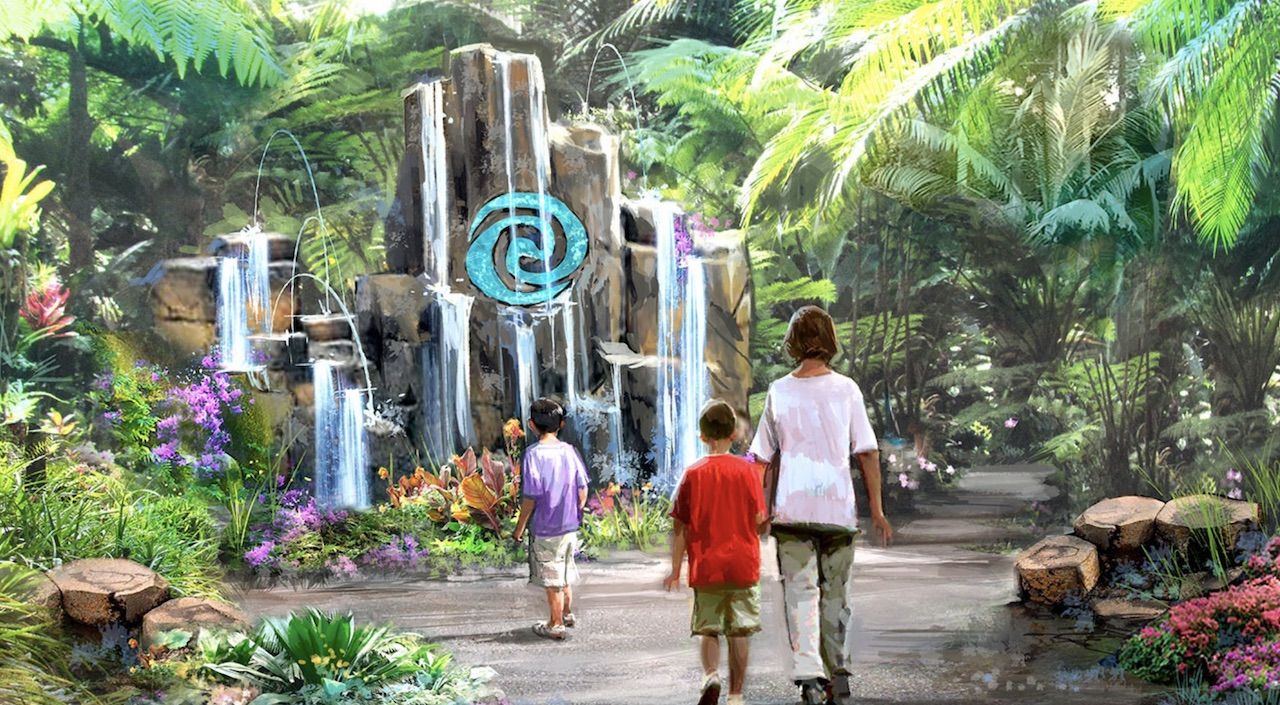 The Disney Epcot park in Florida will also be getting a major makeover. Currently Epcot is split into two lands, World Showcase and Future World, but plans are in the works to split Future World into three separate lands (World Celebration, World Discovery, and World Nature) for a total of four areas.

World Celebration is the first area visitors will pass through, and it’ll have an updated central pavilion and fountain. The Spaceship Earth ride in World Celebration will switch up its storyline — instead of taking riders through the technological advancements in history, it will take some of those elements and focus more on the power of storytelling.

Marvel also plans to set up shop at World Discovery. “Guardians of the Galaxy: Cosmic Rewind” will have riders hop aboard a Nova spaceship that will take them to Earth, Xander, and back. World Discovery will also find itself with a space-themed eatery, aptly named Space 220, where diners will eat with views of the galaxy.

Fans of Moana will be able to look forward to a new experience at Epcot in the World Nature area called the “Journey of Water.” Disney hasn’t released many detailed about this except to say that guests will be able to “interact with magical, living water in a beautiful and inspiring setting.”

Not to be left behind, World Showcase is getting a few updates of its own. Some pavilions will be receiving updated videos for their Circle Vision 360 films. The France Pavilion will have a Beauty and the Beast sing along, as well as “Remy’s Ratatouille Adventure,” a motion-based 3D ride, and a creperie. The UK Pavilion will add a Mary Poppins attraction, opening up its own Cherry Tree Lane that seems right out of the film, but no other details have been released at this time. 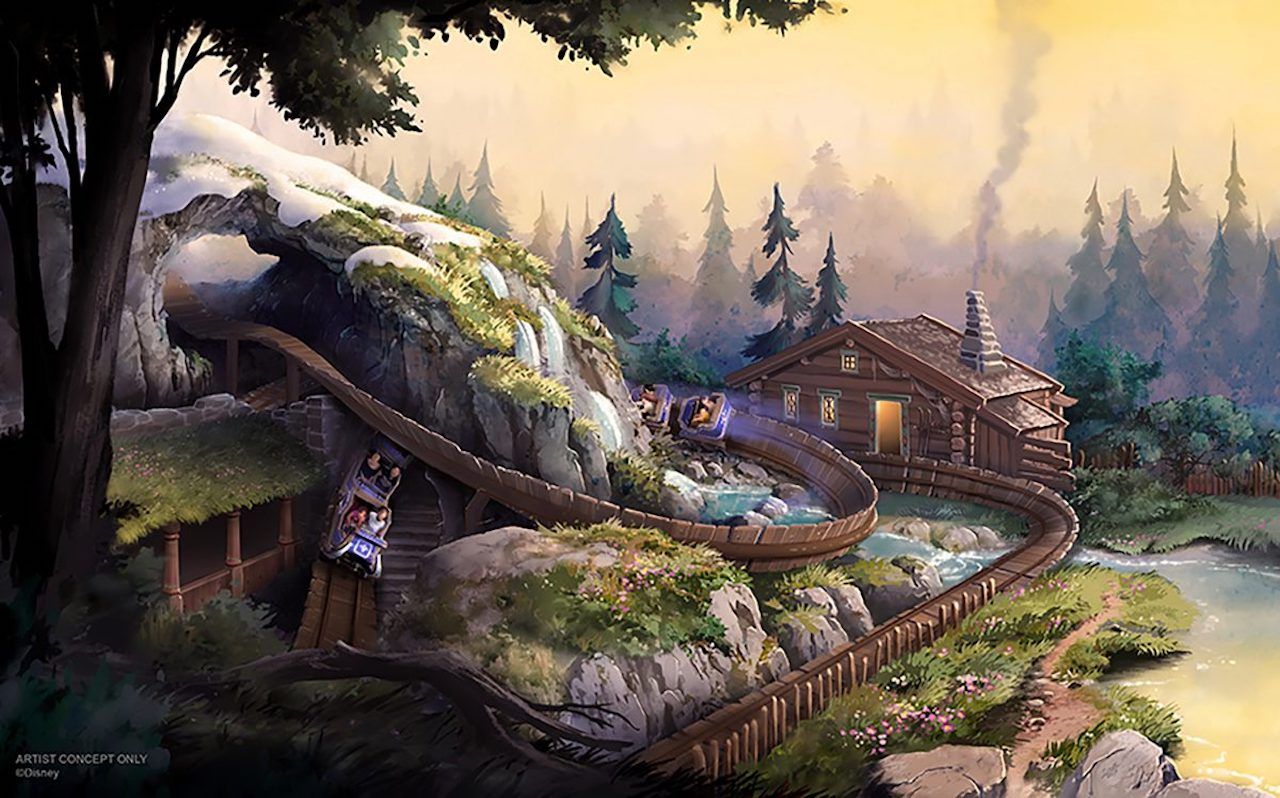 The US isn’t the only country Disney is show some love to. Disneyland Paris is also getting a Marvel-themed campus with similar offerings, plus character-themed rooms guests can stay in at its Hotel New York. The pre-existing Stark Expo area at Hong Kong Disneyland is also getting more Marvel-themed attractions. The park itself will be getting a broader expansion, with the announcement of a new castle that will take from a myriad of stories, rather than a single Disney character.

With the premiere of Frozen’s sequel right around the corner, the announcement of a themed land for it seems just about right. In Hong Kong, the Frozen land — also the first of its kind — will bring the sights, sounds, cuisine, and traditions of Arendelle to life. Two rides have been revealed so far: Wandering Oaken’s Sliding Sleighs, a roller coaster, and Frozen Ever After, similar to the ride currently at Epcot.

In Shanghai, the park will receive a Zooptopia-themed land. Mammalian Metropolis has no set opening date yet, but it will be an immersive experience and the first Zootopia-themed attraction in a Disney park.

No matter where you are in the world, if you’re a Disney fan, you have a lot to look forward to in the coming year.

MoviesWhere To Travel According To Your Favorite Disney Princess
Tagged
Movies News Theme Parks
What did you think of this story?
Meh
Good
Awesome