How long can you sit on a plane before your butt starts going numb or low back starts hurting?

Given the complaints in the last five years about airlines doing all they can to nickel and dime customers, including making narrower seats with less leg room and less padding, it’s a bit of a surprise to see that most people can get through several hours of flying in comfort. That’s according to according to a new survey from PhotoAID, a company that takes online, biometric-ready photos for travel documents. They surveyed 1,000 users in February 2022 with quality-control questions and reviewed the answers with their data team. The survey was focused on what users consider to be bad airplane behavior and what annoys them while flying. 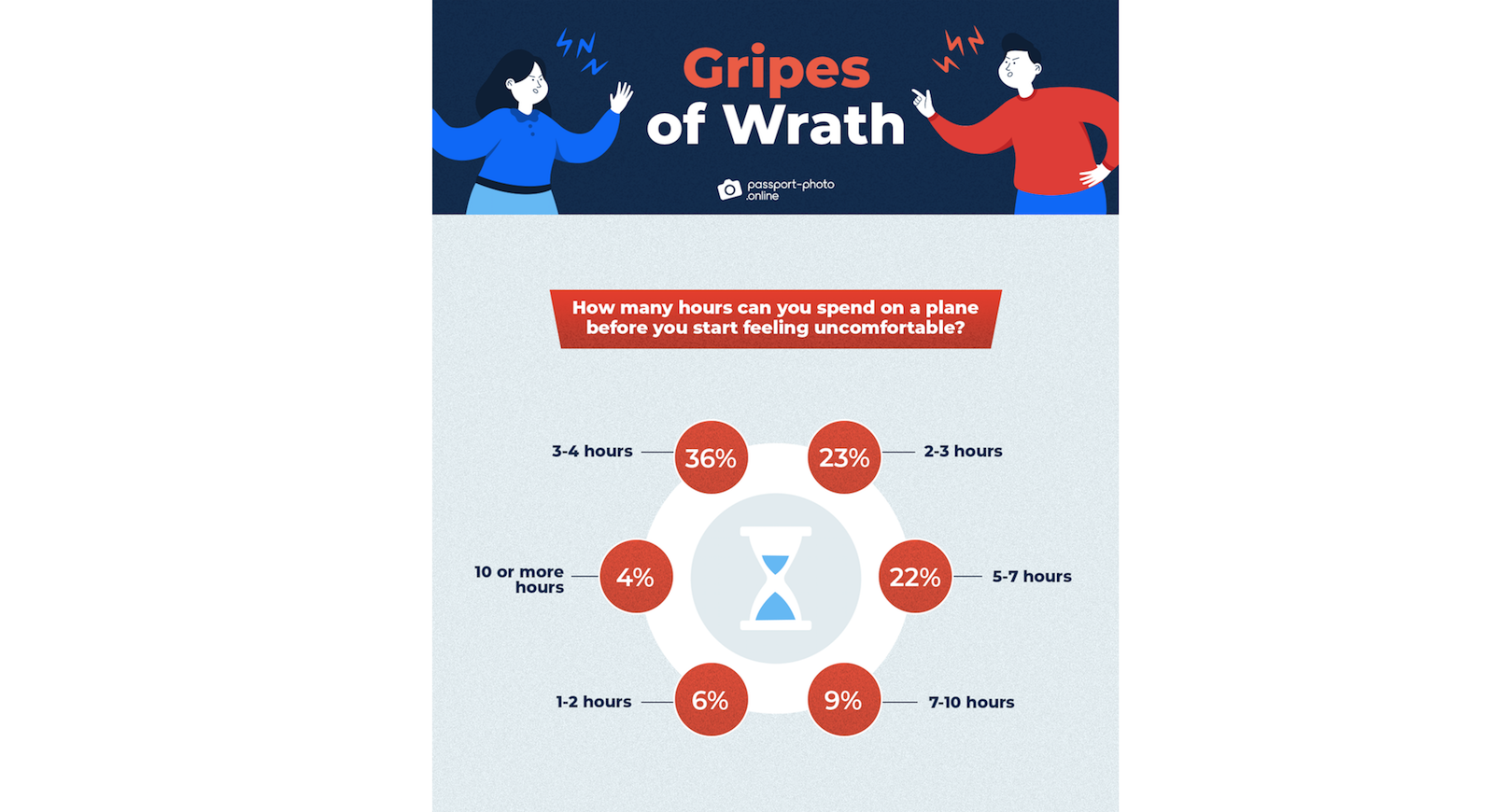 And seat thickness? Well, that’s gotten the budget-cutting treatment, too — after all, if you have less leg room, the seat can’t extend as far out as it used to. Most US airline economy class plane seats have a cushion no thicker than about two inches — and that’s before it’s been sat on thousands of times. And if you think you’re going to be more comfortable in the exit row, think again. Those cushions are shorter to make it easier to move past the seats in an evacuation. And if the armrests are fixed in position, you can expect slightly thinner and narrower cushions to accomodate the extra space they need. 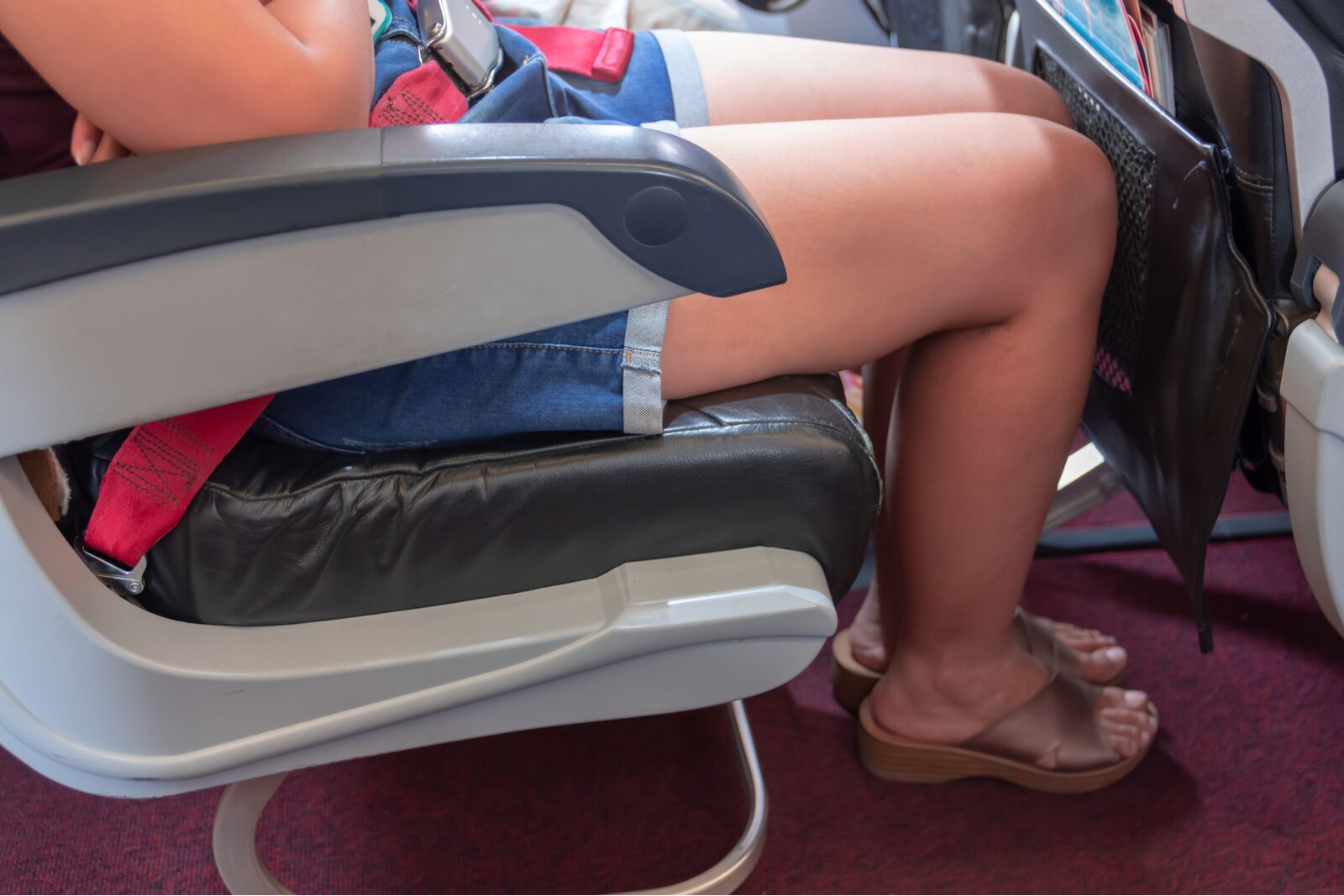 Given those stats, it’s surprising to see that the majority of flyers can make it four hours in comfort, roughly the distance from New York to Denver. Though the survey doesn’t specify who replied, we’d guess that those people are probably on the shorter and smaller side, since even the slimmest of travelers can have trouble flying if they’re quite tall. 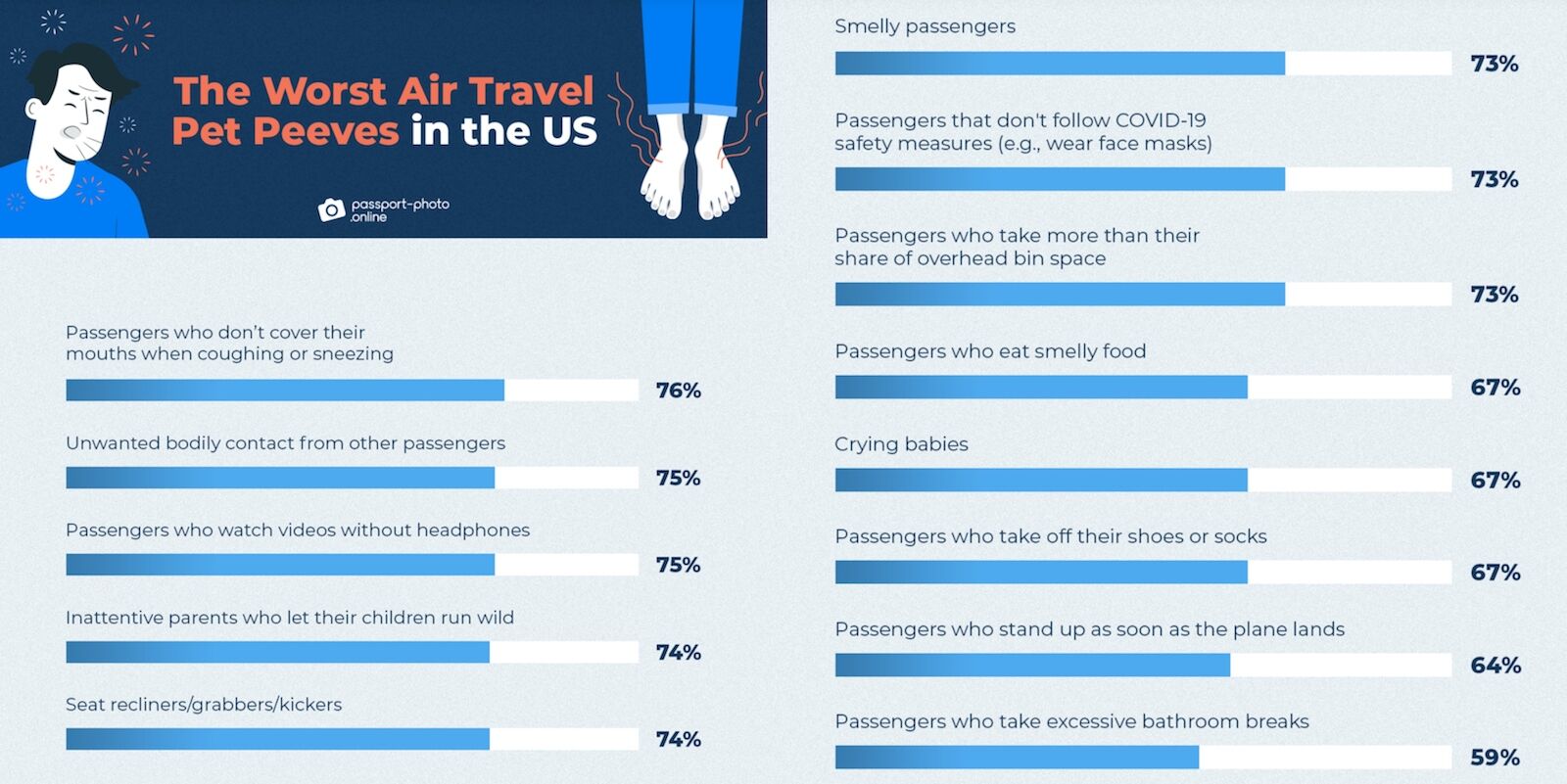 But the number one most annoying bad behavior on an airplane was passengers who don’t cover their mouth while sneezing or coughing. This annoyed 76 percent of respondents and should come as no surprise. Even without bacteria, it’d still be gross to feel the hot breath of someone next to you as they sneeze or cough. But add in the annoyance of getting sick when you travel or risk of catching COVID, and it’s almost shocking that this number wasn’t higher.

Survey takers were also asked “what is your biggest pre-flight pet peeve?” Not surprisingly, the top two responses were both related to traveling during COVID: constantly changing travel restrictions (which 67 percent of respondents found annoying) and pre-flight COVID testing, which annoyed 56 percent of respondents. COVID aside, however, the most annoying pre-flight pet peeve was exactly what you’d expect: flight cancellations and delays. 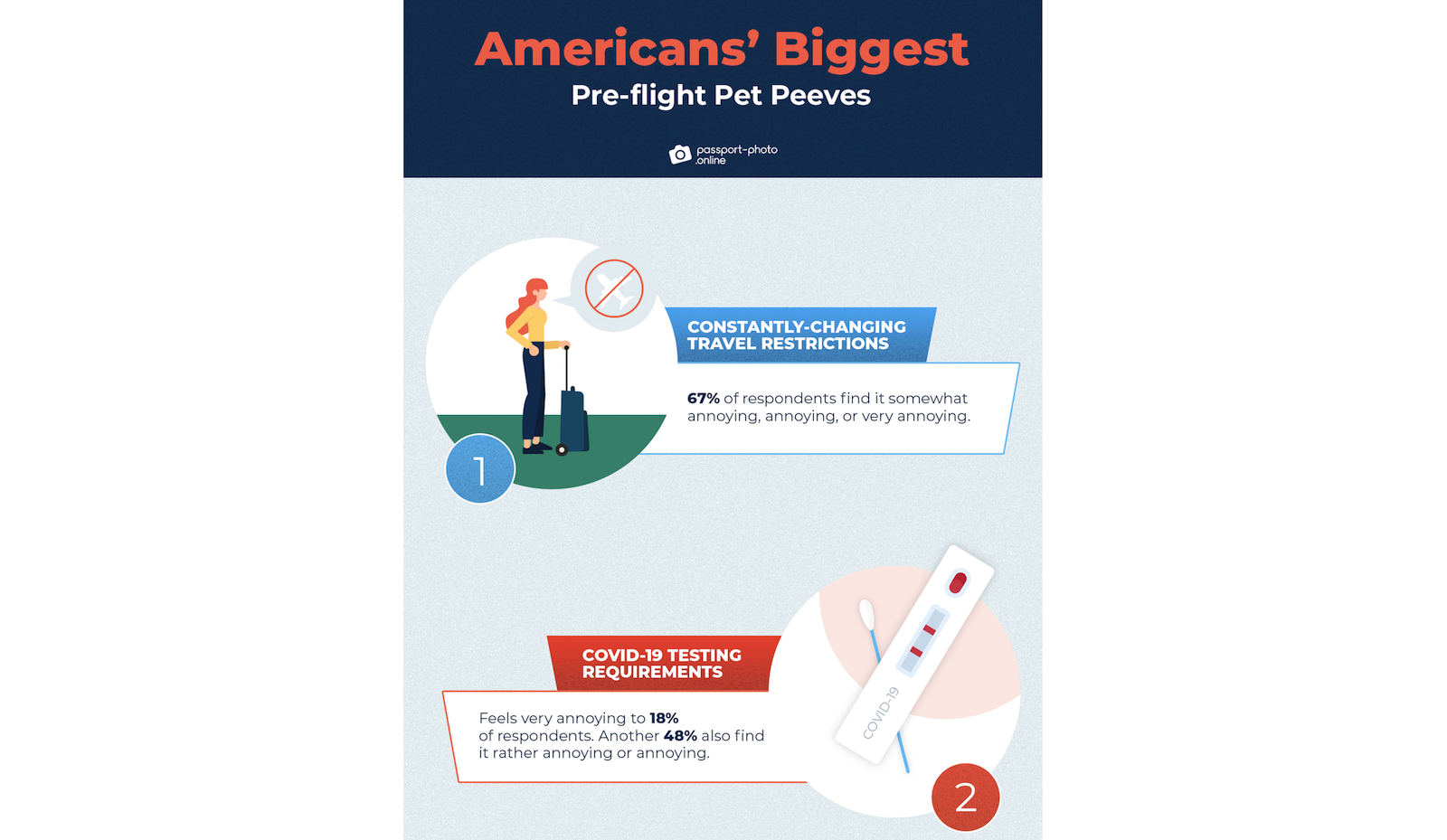