You stroll into an English pub, order a “beer,” slide a tip toward the bartender, and the whole pub stares at you like you’ve just committed a party foul. Wondering why? Well, it’s probably because you’re an American, and British pubs play by different rules than American bars. You can’t show up to a soccer match with a baseball bat, and you can’t walk into a British pub and order like an American. And don’t assume you know English pub rules just because you’ve been to a dive bar in America, either.

A myriad of unspoken rules govern any social or professional situation, and pubs are no exception. Your interaction with English pub staff isn’t as simple as “getting served” and calling it a day; it’s a delicate dance of decorum, refined over the centuries by legendary British drinkers like Shakespeare, Byron, and Churchill. From where to order your drinks to the language you use while ordering, and how to compensate the bartender, these are the English pub rules you don’t have to follow in an American bar.

Order at the bar 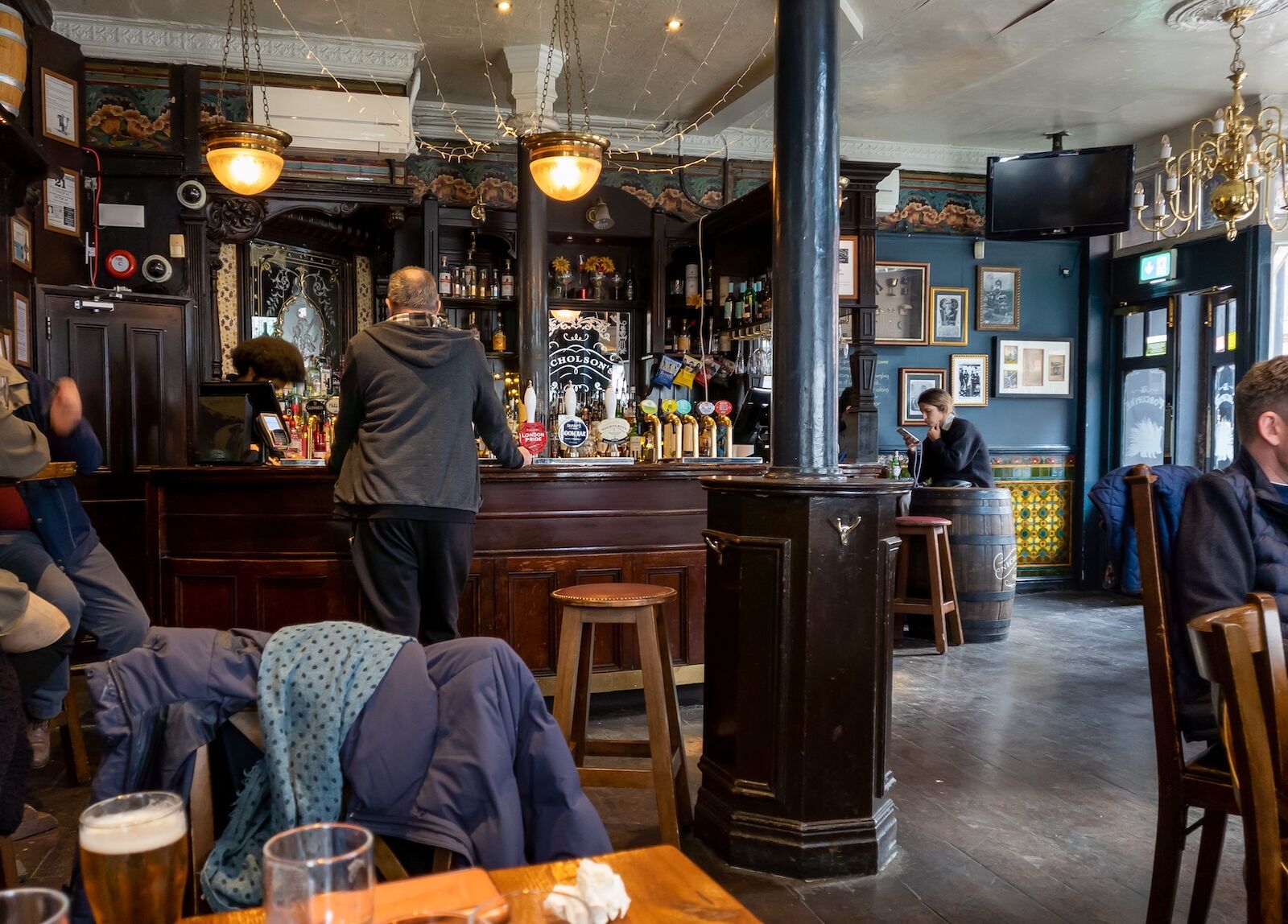 Restaurant hospitality culture is one of the biggest differences between the US and UK. In the US, your restaurant experience revolves around the waiter or waitress, who, working for tips, is a constant presence throughout your night. Since servers don’t work for tips in the UK, the waiter or waitress plays only a supporting role. They’re pretty much there to take your order, bring your food, and then leave you alone until you’re ready to pay. While it’s certainly possible and common to order drinks from servers at many British restaurants, that’s not the case at a classic English pub. This is the case at some American bars, but its often just as likely, especially at upscale cocktail bars, that table service will be available too.

In English pubs, it’s all about the customer-bartender relationship. If you’re sitting at a table waiting to be served, you’re going to be be waiting a long time. Approach the bar yourself, order, and bring drinks back to your table. It’s a pretty simple rule, but important to keep in mind if you want your drinks in a timely fashion.

Know what you want in advance

Before you approach the bar, it’s imperative to be sure you’re prepared. This isn’t a McDonald’s, where you can stand there scanning the dollar menu for 15 minutes. Chances are there are dozens of other patrons around the bar waiting to place their drink order, so when you catch the bartender’s attention, it’s important not to dally.

“Not knowing what drink you want when the bar staff have asked you and holding up all the other locals who are waiting is a big no-no,” says Patrick McCann, former bar staff and floor manager in two British pubs.

Community is a big part of English pub culture, so it’s important to be mindful and respectful of that community.

Be specific about your beer order 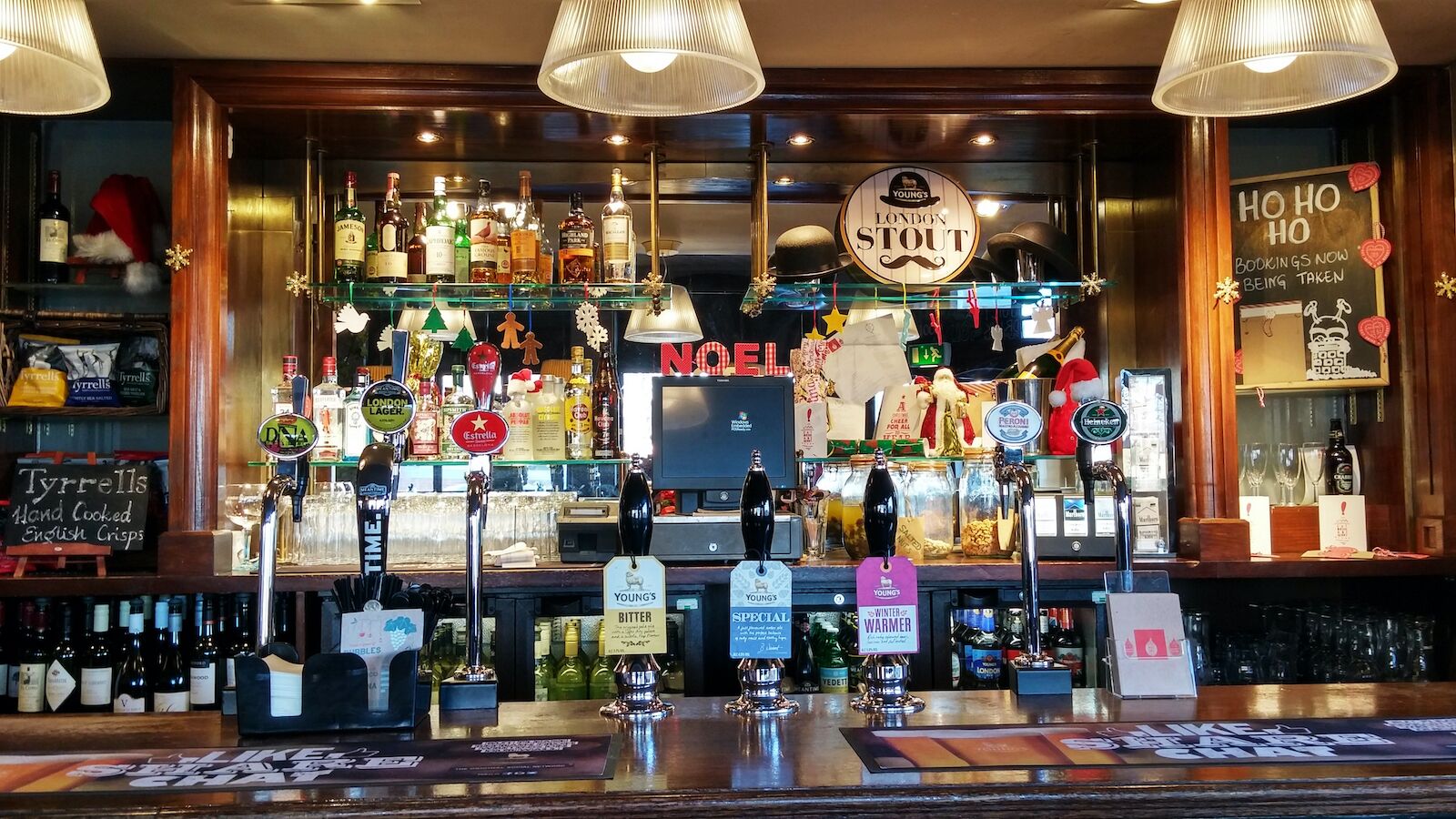 Beer culture goes hand-in-hand with pub culture in the UK. You can stroll into an average American bar, simply order a beer, the bartender might push for a more detailed order depending on the selection, or just as likely, she’ll hand you a Bud Light or a Corona. In the UK, ordering a beer is like going to an art dealer and saying “I’d like a painting.” Beer is as varied and diverse as works of art in a museum, and England takes its beer seriously.

Lagers, stouts, cask ales, porters, IPAs, sours, and bitters, are so distinct from one another they might as well be entirely separate beverage categories. Even if you aren’t sure which brand of beer you fancy, at least nail down a category. Instead of ordering a “beer” and prompting a string of clarifying questions, ask more specifically for a lager or a stout. If you need help deciding from there, the bartender will likely be more than happy to guide you in the right direction.

Busy American bars are defined by a free-for-all atmosphere. There’s a sense of competition among patrons vying for drinks, and a fist-pumping joy in scoring a drink before the guy next to you. English pubs operate in a more orderly, efficient – if less adrenaline-pumping – fashion. So one of the most important English pub rules is to buy drinks in rounds.

“Don’t take all your friends to the bar,’ McCann says. “When ordering drinks, you send one person from your group who will order for the whole group and bring the drinks back to your table. This is because table service is not something that is offered in UK pubs. This is repeated throughout the night and everyone in your group will take turns. This also includes paying.”

Buying rounds has its downsides. What if there are six people in your group, and you’re only staying for three drinks? Three people made off with free drinks, while three others paid a boatload of money with minimal return. Well, that’s why Venmo exists. It might sound like a potential financial inconvenience, but when you think about it, sending one person to the bar is more efficient than six, and certainly less of a headache for the bartender.

You don’t have to tip the bartender 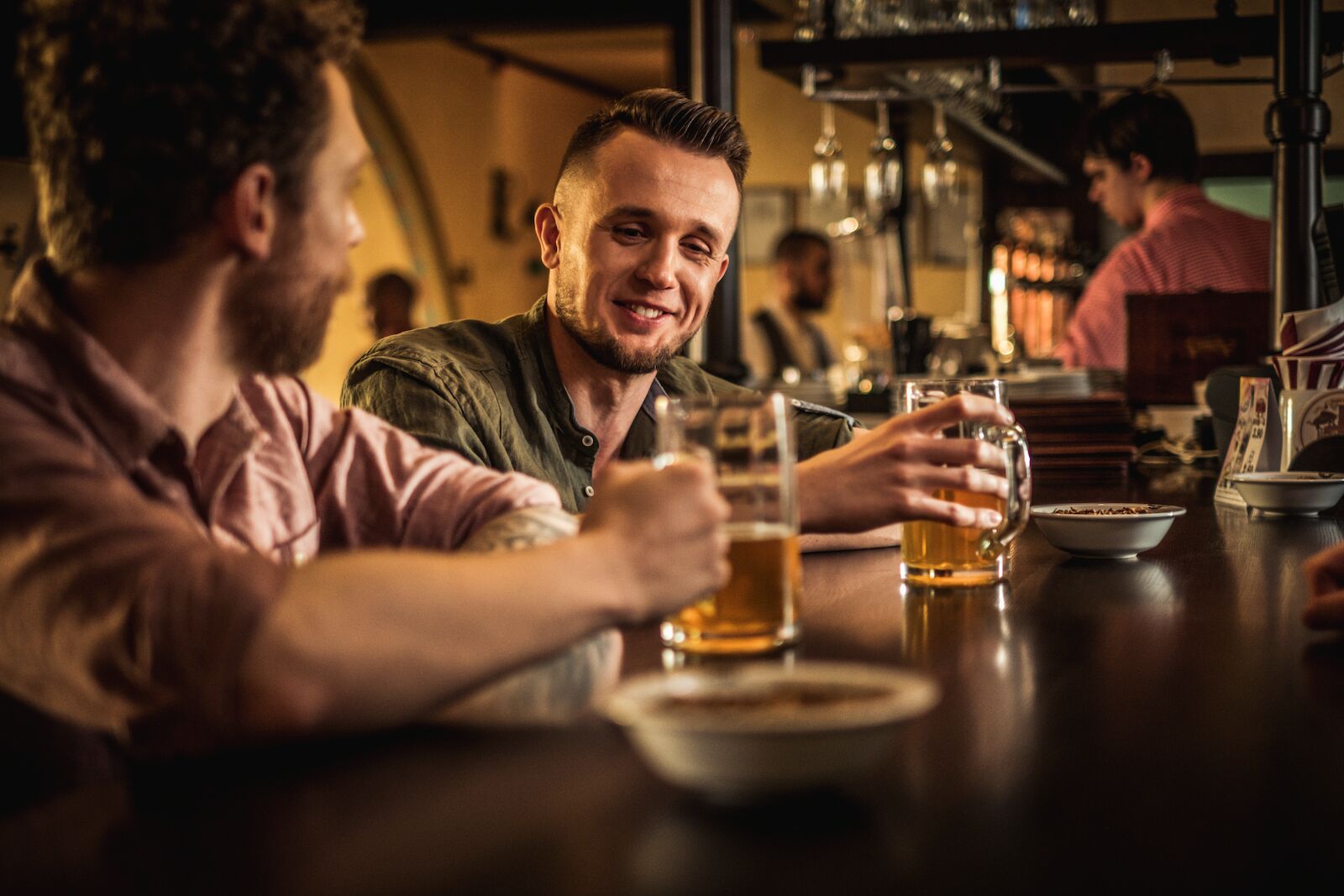 Tipping culture might represent the widest gulf between hospitality in the US and UK. US hospitality employers, particularly waiters and bartenders, rely on tips to make ends meet. In the UK, workers are paid higher wages and don’t expect tips from customers. While tipping in the UK isn’t considered rude or insulting, paying 12 pounds for a drink when it only costs 10 is a surefire way to identify yourself as an American.

That doesn’t mean, however, that English pub rules dictate that there’s no room whatsoever in English pub culture to show your gratitude to staff.

“Instead of tipping,” McCann says, “you can offer to pay for drinks for the bar staff by ordering your drink, and afterwards saying, ‘and add one for yourself.’ This will let the bar staff know to charge you for a drink on top of your order and they will then be able to enjoy a drink of their choice at the end of their shift.”

This approach probably makes the most sense if you plan to sit at the pub awhile and order multiple drinks. Buying the bar staff a drink at the outset of your visit is a great way to establish a positive relationship with the bartender, and potentially receive preferential treatment.

TravelThe Ultimate Guide To Tipping in Every European Country
Tagged
Restaurants + Bars United Kingdom
What did you think of this story?
Meh
Good
Awesome