Summer vacations are usually planned around sunny destinations like Spain, Greece, and Croatia — not Estonia. Granted, southern Europe might be more accessible and familiar, but the area is also expensive and overrun by visitors. As the northernmost of the Baltic nations, bordering only Latvia and Russia, Estonia is a little out of the way, but that’s exactly why it’s such a smart summer destination. Its beach towns, diverse national parks, and lake retreats also make it one of the most underrated summer getaways in Europe. Here’s why you should plan a summer trip to Estonia.

Pärnu is the Cape Cod of Estonia 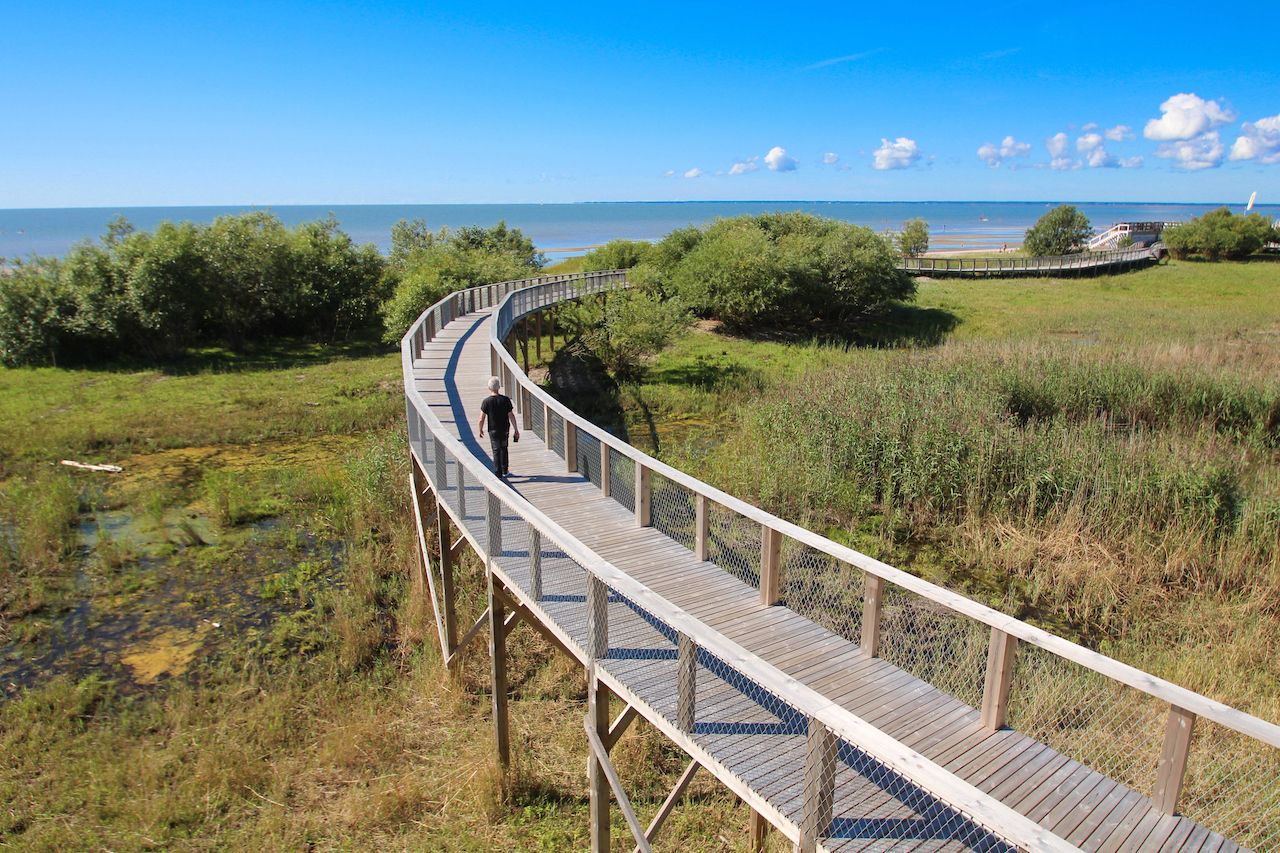 If you live in New England, chances are you know someone who has a house on Cape Cod. Well, if you live in Estonia, you probably know someone with a summer place in Pärnu. Pärnu, on the country’s west coast, is indeed the Cape Cod of Estonia, but without the insufferable traffic. Pärnu is the most popular leisure destination in the country, and it’s easy to understand why. Filled with mom-and-pop shops, tree-lined streets, and colorful buildings, Pärnu has a carefree atmosphere that trickles down to its visitors. It certainly wouldn’t be unheard of to see a couple strolling down a cobbled street at two in the afternoon, passing a bottle of wine between them as they head to the beach.

Estonia probably wouldn’t crack your top 50 dream beach destinations, but that’s only because you haven’t checked out the Beach Promenade. The promenade is a popular walking and biking path, and it’s the perfect way to access the beach. While not as ritzy as the Hamptons or as lively as Barcelona, Pärnu’s beach charm lies in its simplicity, with unexpectedly warm water, playgrounds for kids, mini golf, surfboard rentals, and of course, plenty of ice cream stands. There’s even a park adjacent to the beach where you can catch some shade.

Just because Pärnu is less than two hours from the capital of Tallinn, that doesn’t mean it’s not a cultural center in its own right. The Pärnu Concert Hall, situated right on the river, hosts chamber music concerts, theater performances, banquets, exhibitions, and hosts artists from all over the world.

The island of Saaremaa 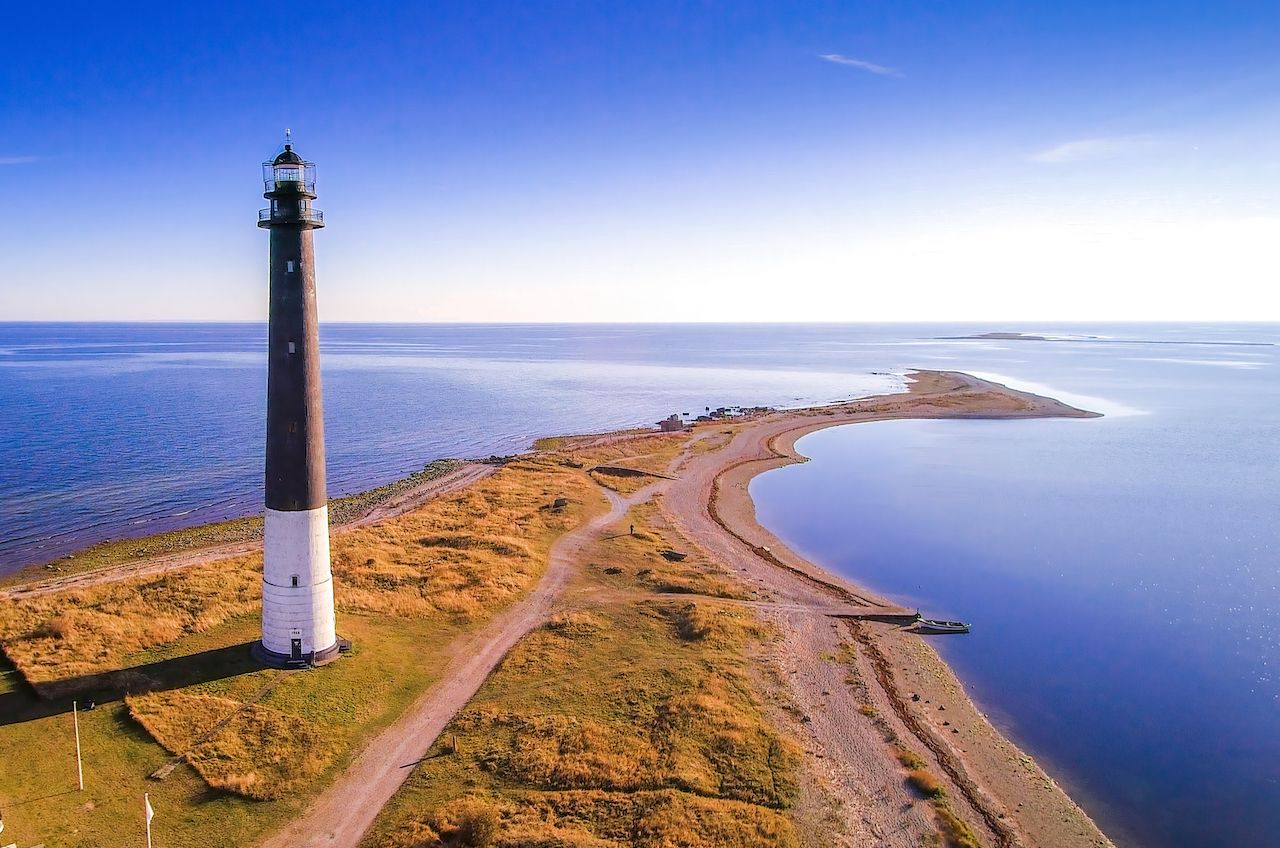 If Pärnu is Estonia’s Cape Cod, Saaremaa is definitely its Nantucket. But this unique island isn’t all quaint seaside towns and beaches. Its most defining feature is actually its diverse geography, which ranges from poppy and orchid fields to a mysterious meteorite crater. To get to Saaremaa, travel about an hour northwest of Pärnu to a small town called Virtsu. From there, take the short ferry to Muhu island and continue driving west to Saaremaa. The capital of Kuressaare is located on the south of the island, and you’ll find hiking trails, traditional villages, and beaches all over. 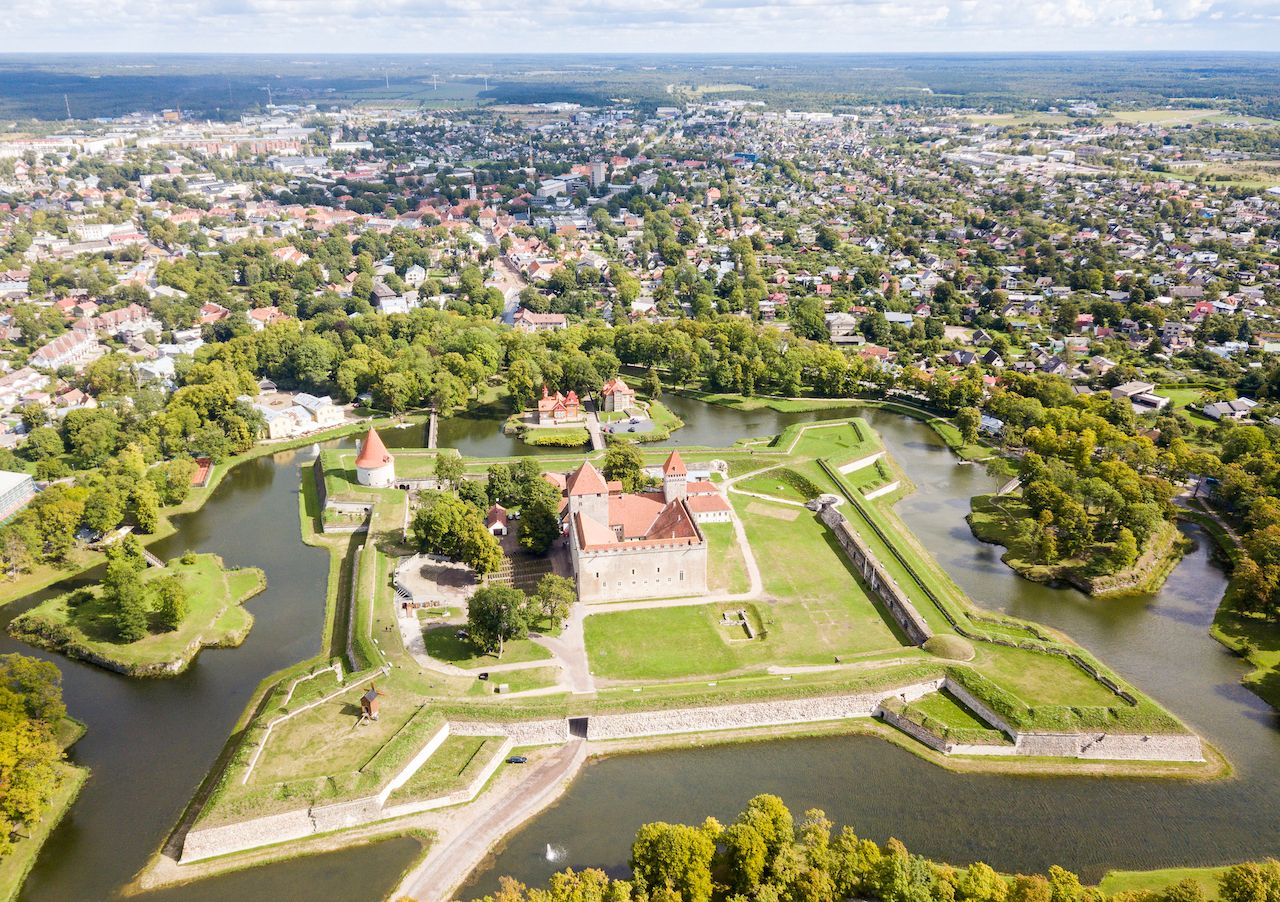 If you do start in Kuressaare, you’ll want to check out the imposing 14th-century Kuressaare Castle. It stands on an artificial island surrounded by a moat at the southern end of town. Tours are available, and outdoor concerts often held in the castle’s yard throughout the summer. If you’re grabbing dinner in Kuressaare, you don’t have to limit yourself to a traditional restaurant setting. Saaremaa Trahter is a 19th-century windmill in the heart of town specializing in local fare, like beetroot soup, wild boar, and cheeses from Saaremaa.

Outside of the capital, there’s no shortage of natural sights to visit. Vilsandi National Park, for example, could keep you busy for weeks. Composed of 150 islands off the western coast of Saaremaa, Vilsandi is the perfect destination for hikers. The Charilaou Peninsula has many beaches and hiking trails, and is famous for the Kiipsaare lighthouse that sticks out of the water like a periscope. Animal lovers can also take a seal-watching tour from Kihelkonna, which will bring them among the small islands by boat for glimpses of wildlife. 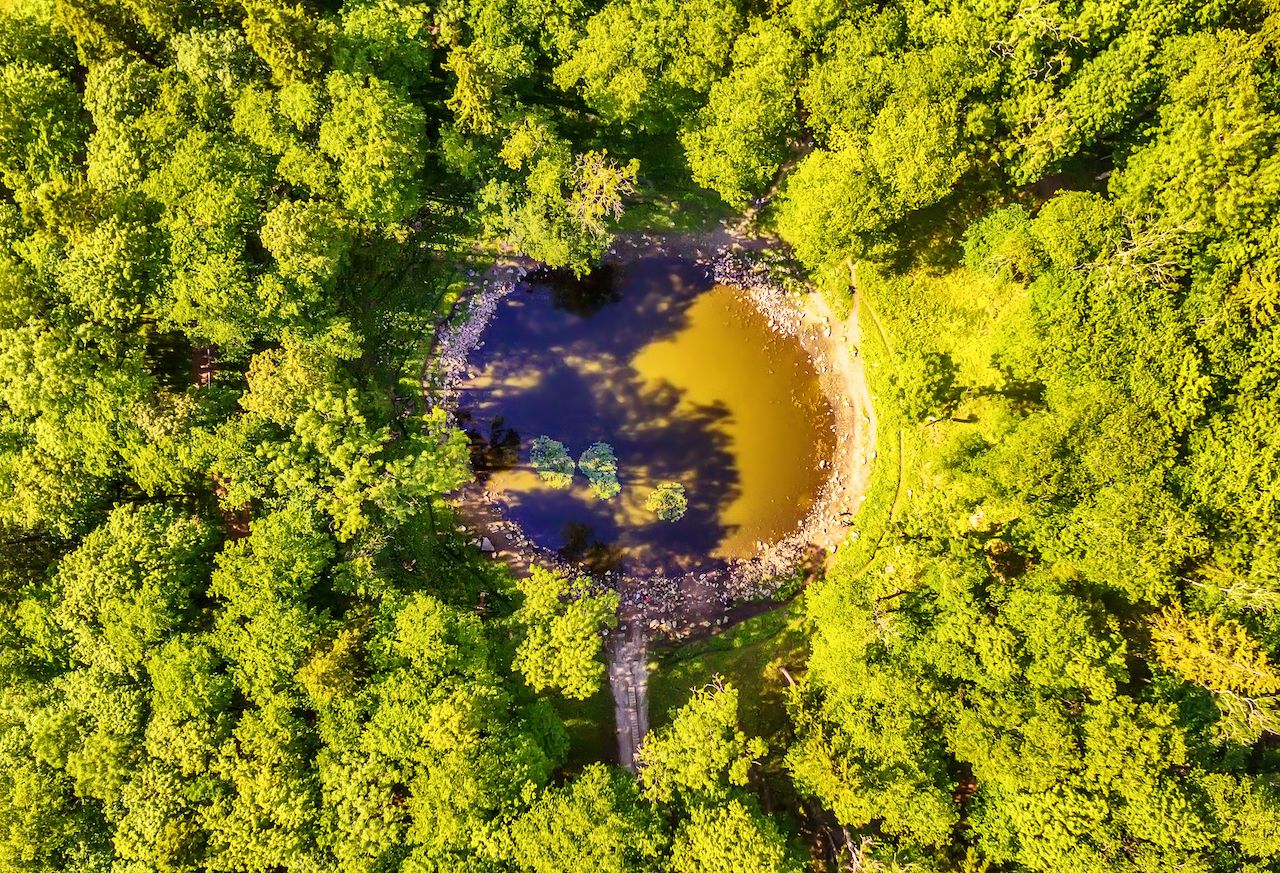 Saaremaa’s most intriguing element, however, isn’t seals or windmills, but the crater of a 7,500-year-old meteorite. In the center of Saaremaa, just 15 minutes north of Kuressaare, nine large craters can still be seen, with the largest, called the Kaali Crater, measuring 360 feet across and 72 feet deep. Adding to the mystery surrounding the site, archaeologists have discovered an ancient stone wall built around the crater, as well as animal remains, suggesting that the place was once used for sacrifices.

A weekend on Lake Peipus 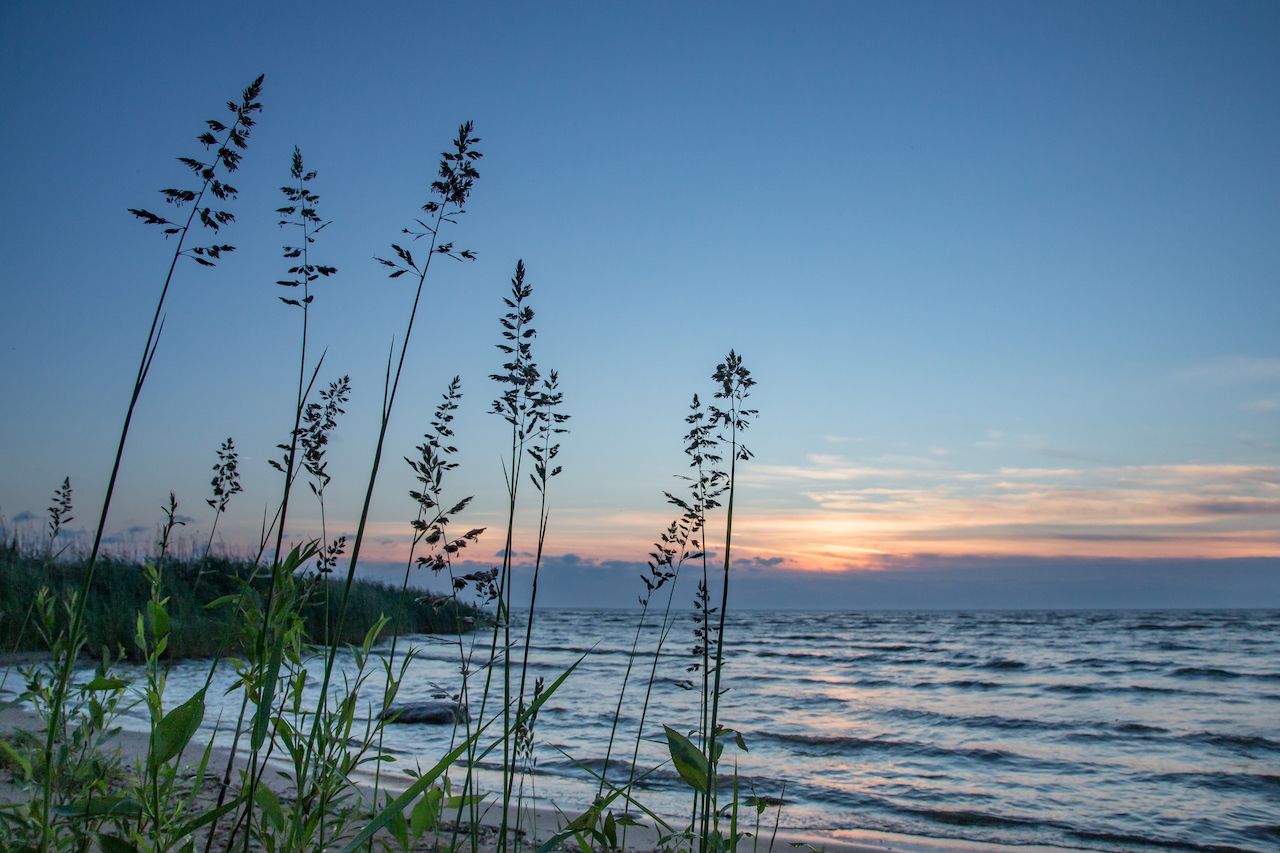 Whether you’re taking the whole family up to a lake house or renting a place with a few friends, the lake life is a staple of any complete summer vacation in Estonia. You won’t find estate-like log cabins or sophisticated campgrounds with luxurious amenities, but you will find the peace and relaxation a lake getaway is all about.

Lake Peipus is a large lake between Estonia and Russia, with each country claiming a half. Although it’s Europe’s largest transboundary lake, there are no major towns or cities along its Estonian bank, hence the lack of giant campgrounds filled with RVs, or lakeside recreation areas overflowing with tourists — but that doesn’t mean you need to pitch a tent on the rocks.

Head to Mustvee, a small town of just over 1,000 people near the lake’s northern edge. There’s not much in the way of nightlife or entertainment, but if you’re here to get away from it all, you won’t miss it. The Kalameeste Maja guesthouse, right on the banks of the lake, is the perfect place to spend your weekend; cabin-style guest rooms can accommodate up to four people, and there’s a sprawling lawn equipped with benches and grills. Since Estonia’s northern latitude means the sun may not fully set until midnight, grab some groceries from the local market and enjoy a lakeside BBQ well into the evening. The guesthouse also rents paddle and motor boats, so you can explore the lake for yourself. 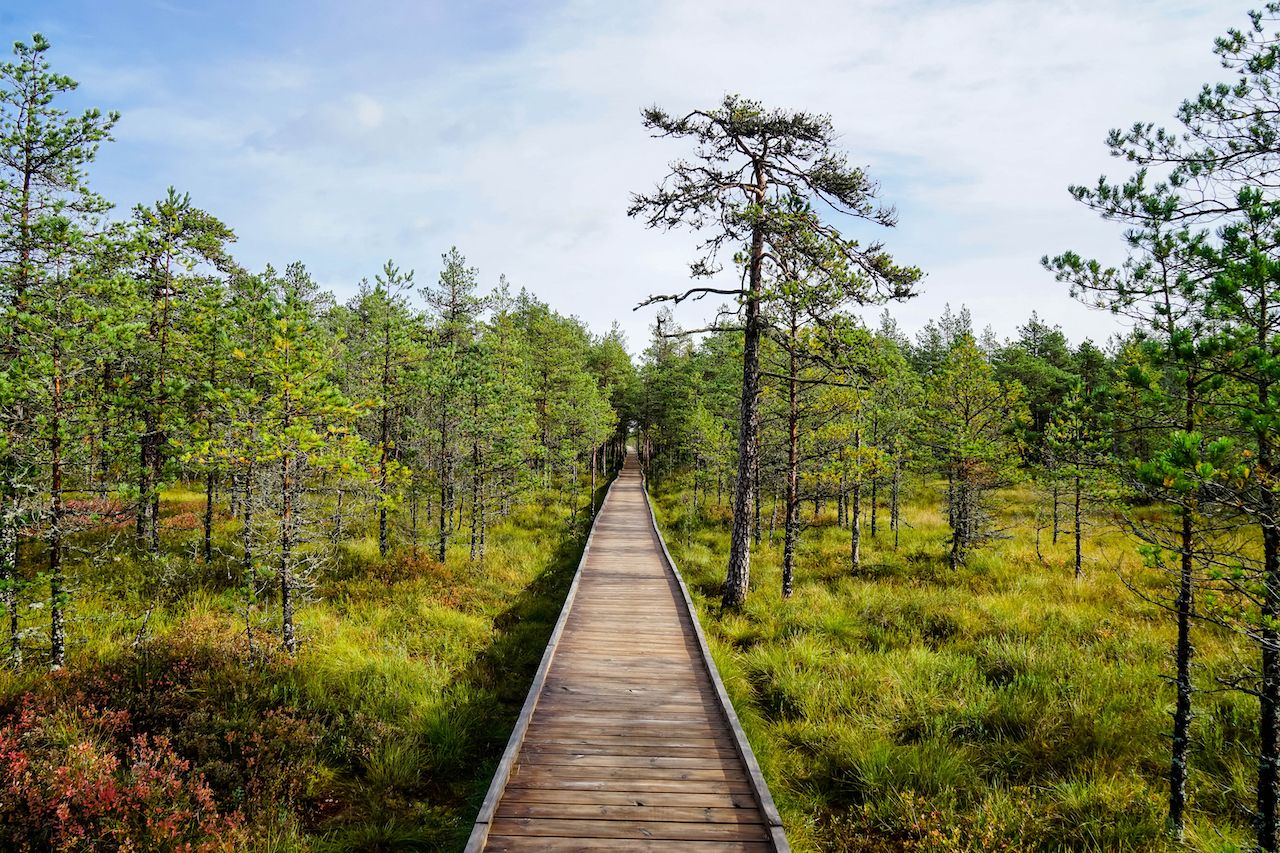 On the northern coast of Estonia, right up against the Gulf of Finland, Lahemaa National Park is full of pine forests, limestone cliffs, and even sandy beaches. There moose, brown bears, lynxes, foxes, wild boars, and other animals who make their home in the Kõrvemaa nature reserve just south of the park. 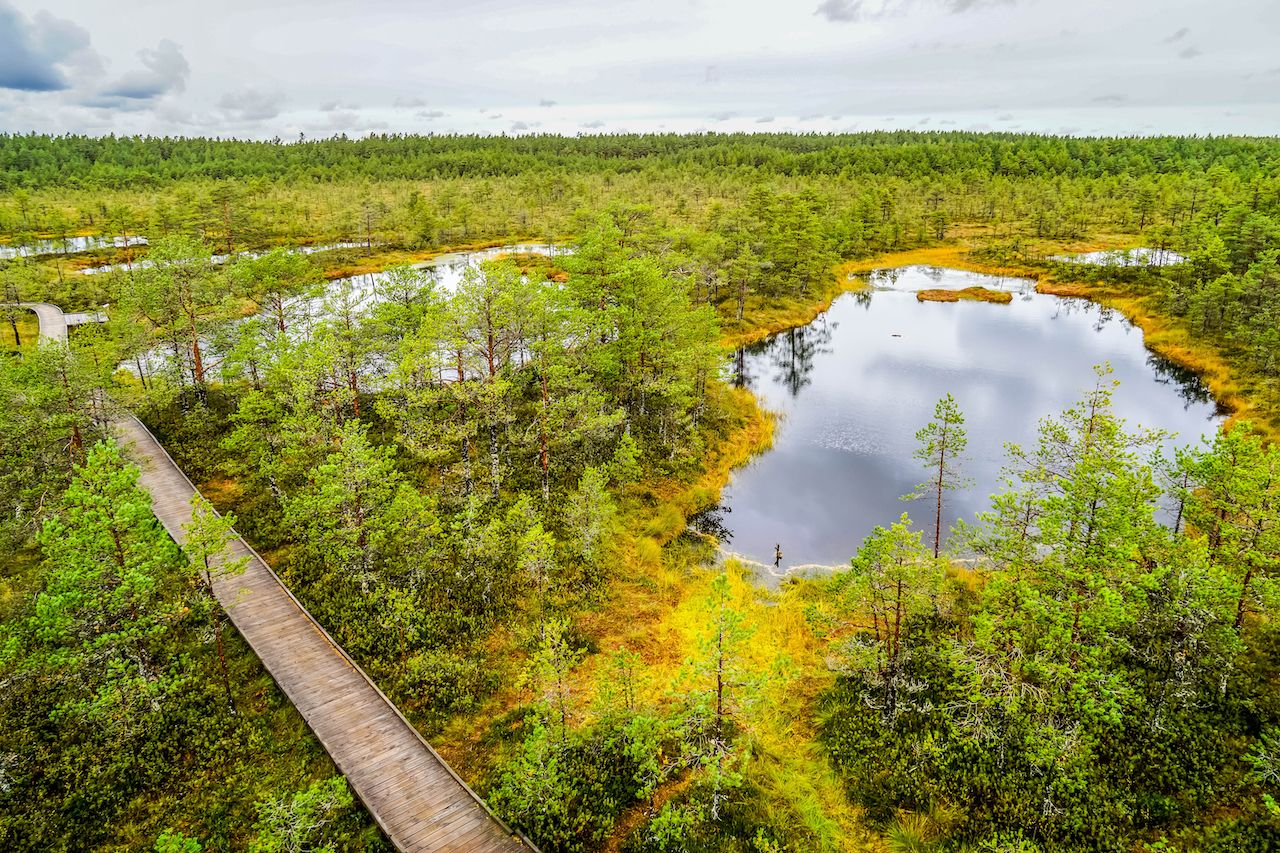 While hiking through a bog may not sound enticing, it’s actually one of the park’s most unique and surprisingly memorable features. The trail through Viru bog is two miles long, and brings you through the area’s flora, former sand dunes, heath forest, and to an observation tower with stunning views. You can even take a guided bog hike that will educate you on the area’s natural history.

Estonia’s most remote beach is probably north of Rutja, right on the Gulf of Finland. You could just relax on the sand and try to see across to Finland by squinting, or you could go for a horseback ride courtesy of the Arma Riding Farm. The farm offers riding lessons and excursions in the park and along the beach, as well as carriage rides for the slightly less adventurous. 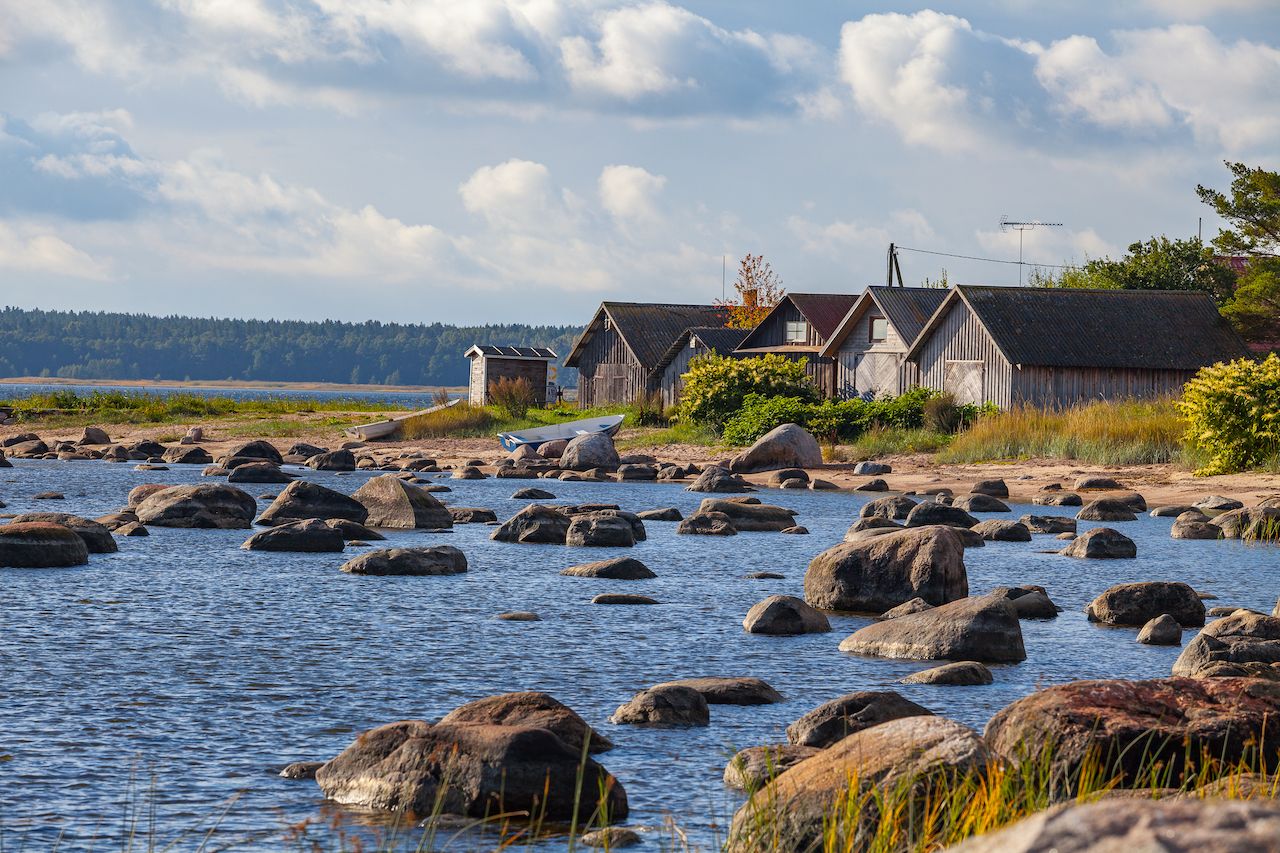 And don’t be concerned about being removed from civilization in Lahemaa; the town of Käsmu lies on a small peninsula north of the park, and is home to plenty of options for lodging and dining. Nicknamed the “Captain’s Village” at the turn of the 19th century, Käsmu is known for its location in the center of a field surrounded by mysterious boulders. The best way to get the lay of the land is by taking the Käsmu nature and cultural history trail, a 90-minute hiking circuit that brings you along the coast and through the pine forest.

Tallinn, Estonia, Might Just Be the Coolest City in Europe

Why Are so Many Digital Nomads Becoming “E-Residents” of Estonia?

How To Piss Off an Estonian

13 Signs You Were Born and Raised in Estonia

16 Places To Stretch Your Honeymoon Dollar