Started in 1978, the UNESCO World Heritage List now recognizes over 1,000 sites in more than 165 states for having outstanding cultural, historical, or scientific significance to humanity. After being designated to the list, each site is protected for all time against degradation and development.

UNESCO World Heritage sites range from historic buildings like churches and archaeological sites to natural sites like Yellowstone National Park and the Galápagos Islands, and you could easily spend a lifetime visiting every one of them. To get you started, we’ve pulled 10 must-see European archeological sites from the list, including temples, Viking monuments, stone circles, and cave paintings, ranging from 450,000 years old to the 13th century. 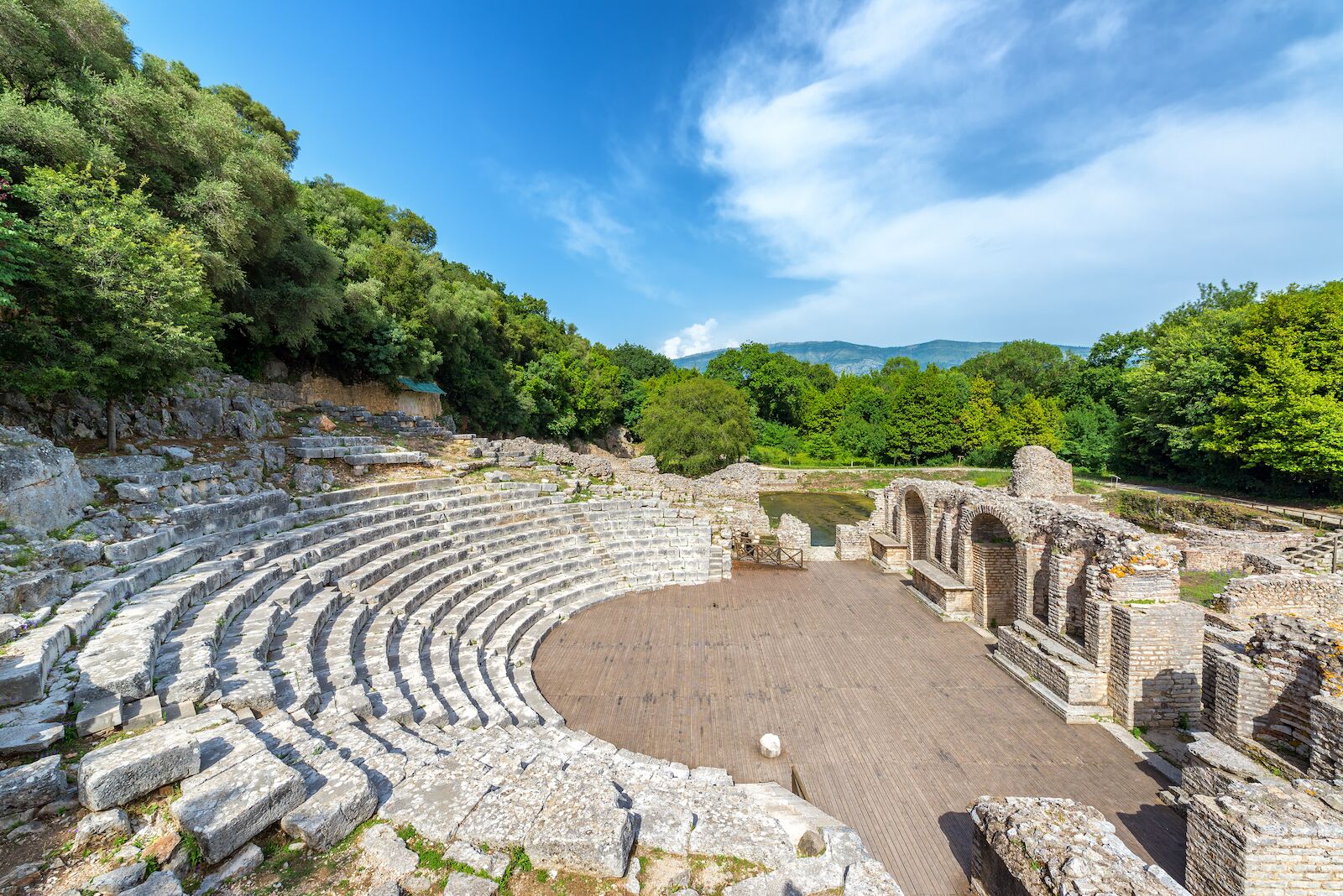 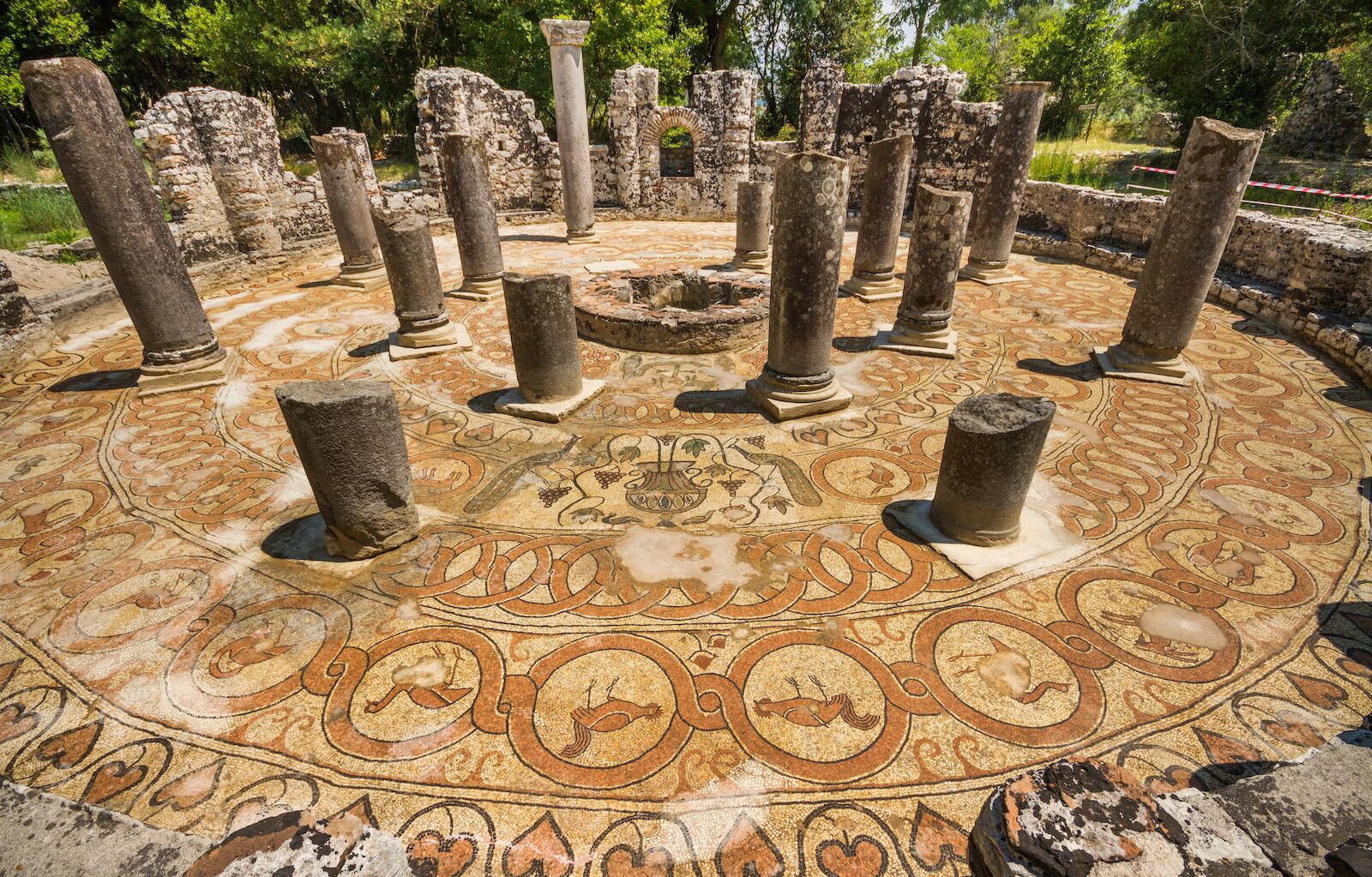 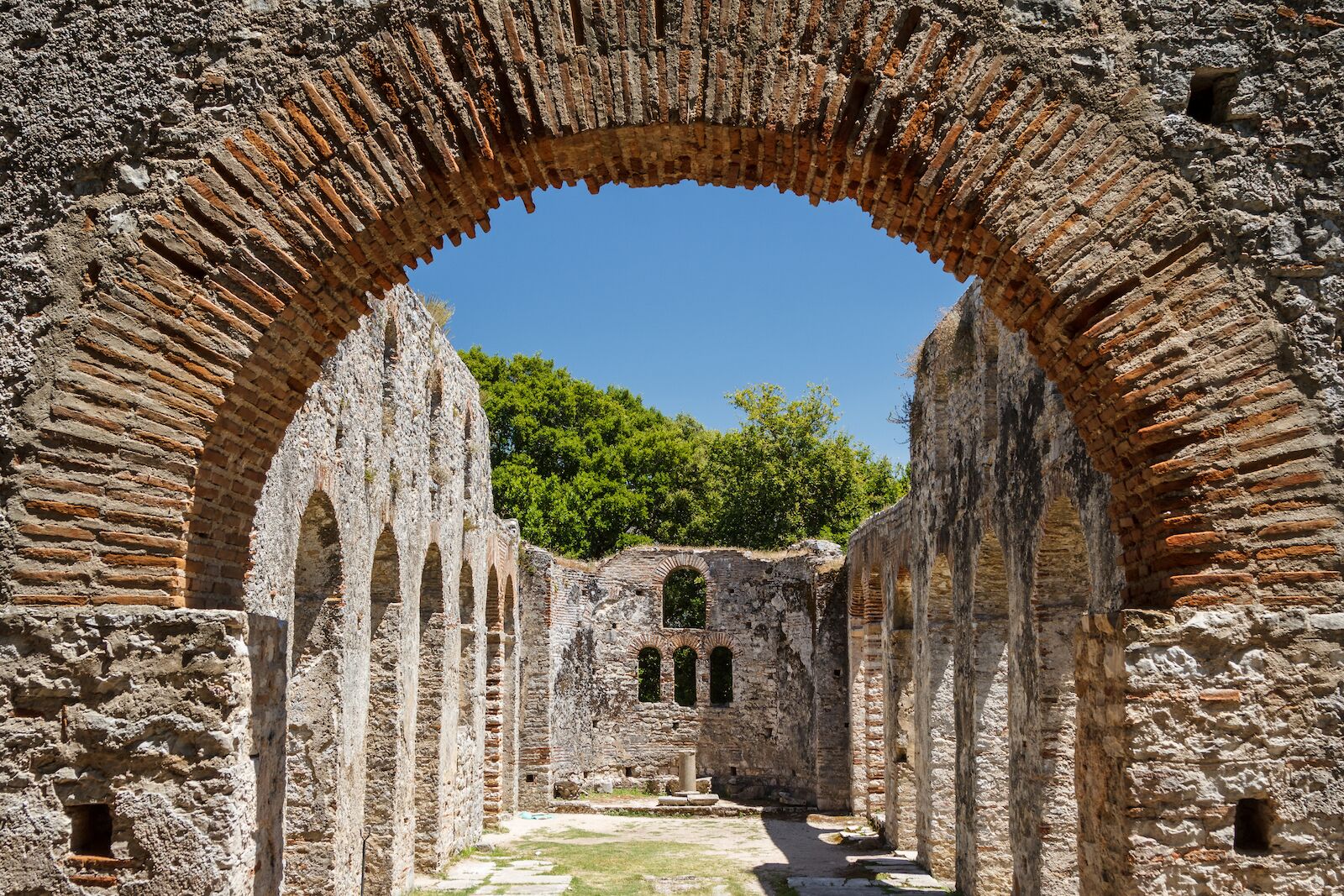 Butrint was the first Albanian site to make the UNESCO World Heritage List in 1992. The site is a microcosm of Mediterranean history, having been inhabited as early as 50,000 BCE, and in more recent centuries serving as a Greek colony, a Roman city, and a diocese (an area controlled by a bishop.)

According to Roman writer Virgil, Butrint, or Bouthroton to the ancient Greeks, was founded after the fall of Troy by King Priam’s son, and Greek historian Hekateus claimed that the city was modeled after Troy itself. Butrint today bears all of the elements of a Greek polis, including a well-preserved theater and an agora. Later Roman aqueducts, baths, and a forum can be found, as well as an early-Christian baptistery with a magnificent mosaic floor.

After the fifth century CE, Butrint became a fortified diocese, and a basilica was built. Byzantines held the city until the 13th century, then Venetian merchants until it was abandoned in the 16th century when nearby marshes began encroaching on the city.

The European archeological site of Butrint is 12 miles from Saranda, close to the Greek border. There are hydrofoil day trips from the Greek island of Corfu to Saranda, with buses from the city to Butrint. 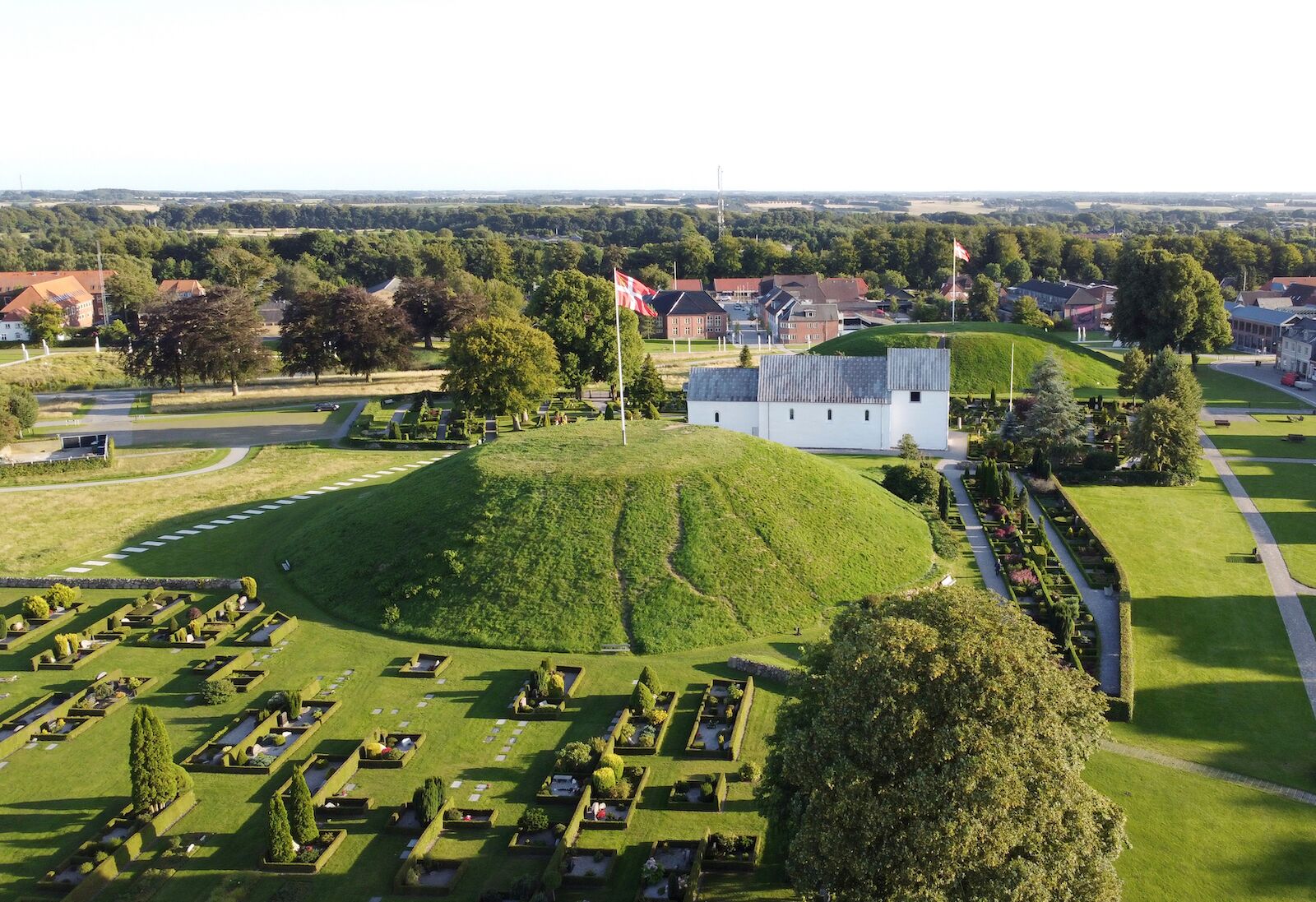 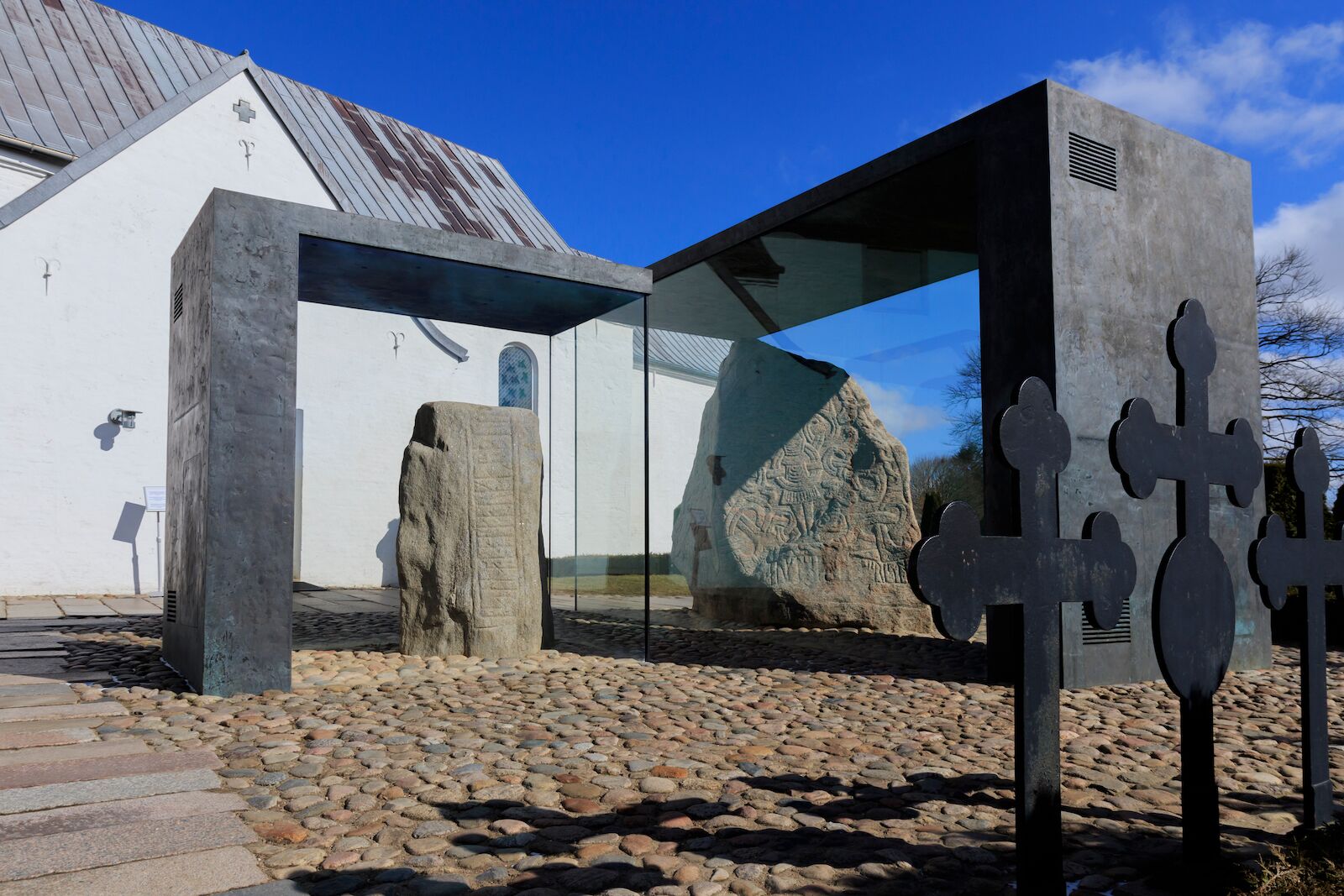 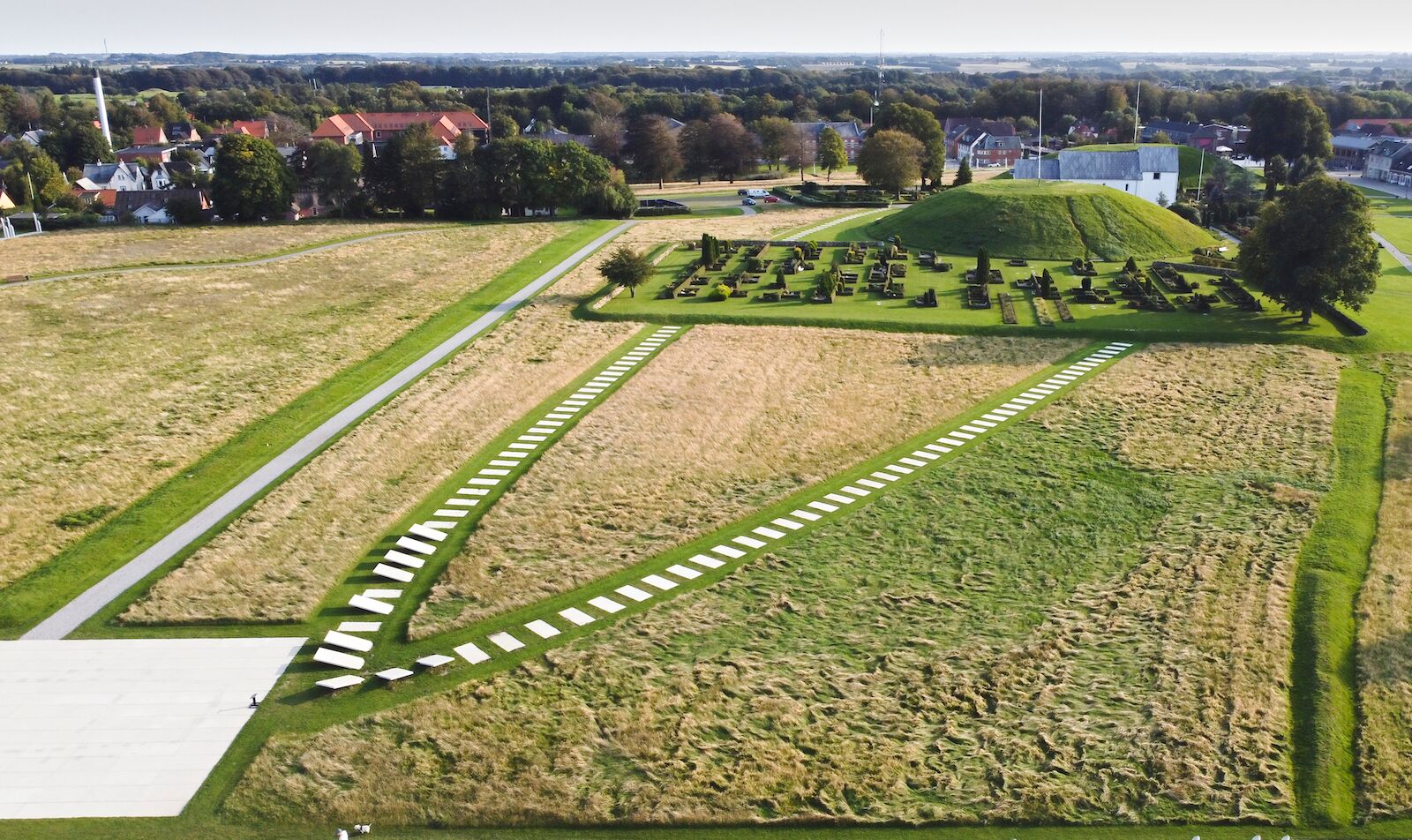 Considered by many Danes to mark the location of the creation of Denmark as a nation state, the Jelling Mounds and Runic Stones World Heritage Site are an incredible example of pagan Nordic culture and early Nordic Christianization.

The site was a royal monument and seat of power during the reigns of Danish kings Gorm and Harald Bluetooth. Two 10th century mounds, 200 feet in diameter and 20 feet tall, dominate the site, one containing a burial chamber of oak. A beautiful runic stone between the mounds was erected by Harald Bluetooth to proclaim his introduction of Christianity to Denmark and his integration of Norway into his kingdom, and features the earliest depiction of Christ found in Scandinavia. There is also a simple church of whitewashed stone dating to 1100 on site, with frescoes inside dating to 1125. The church was built on the site of three earlier churches, one of which was raised by Harald himself.

The Jelling Mounds are located in central Jutland, three hours east of Copenhagen. You can also fly into the town of Billund and take a one hour bus to the site. 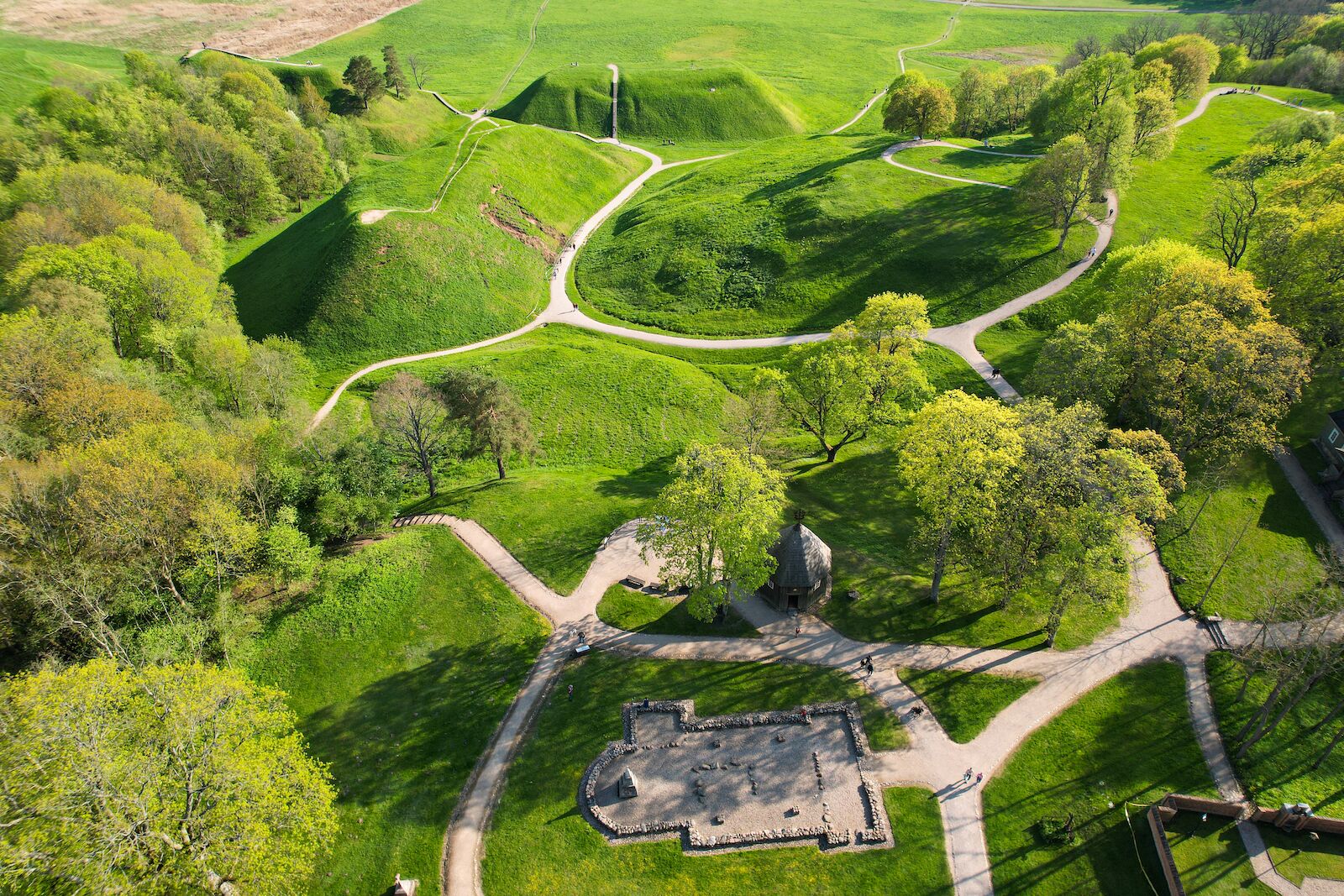 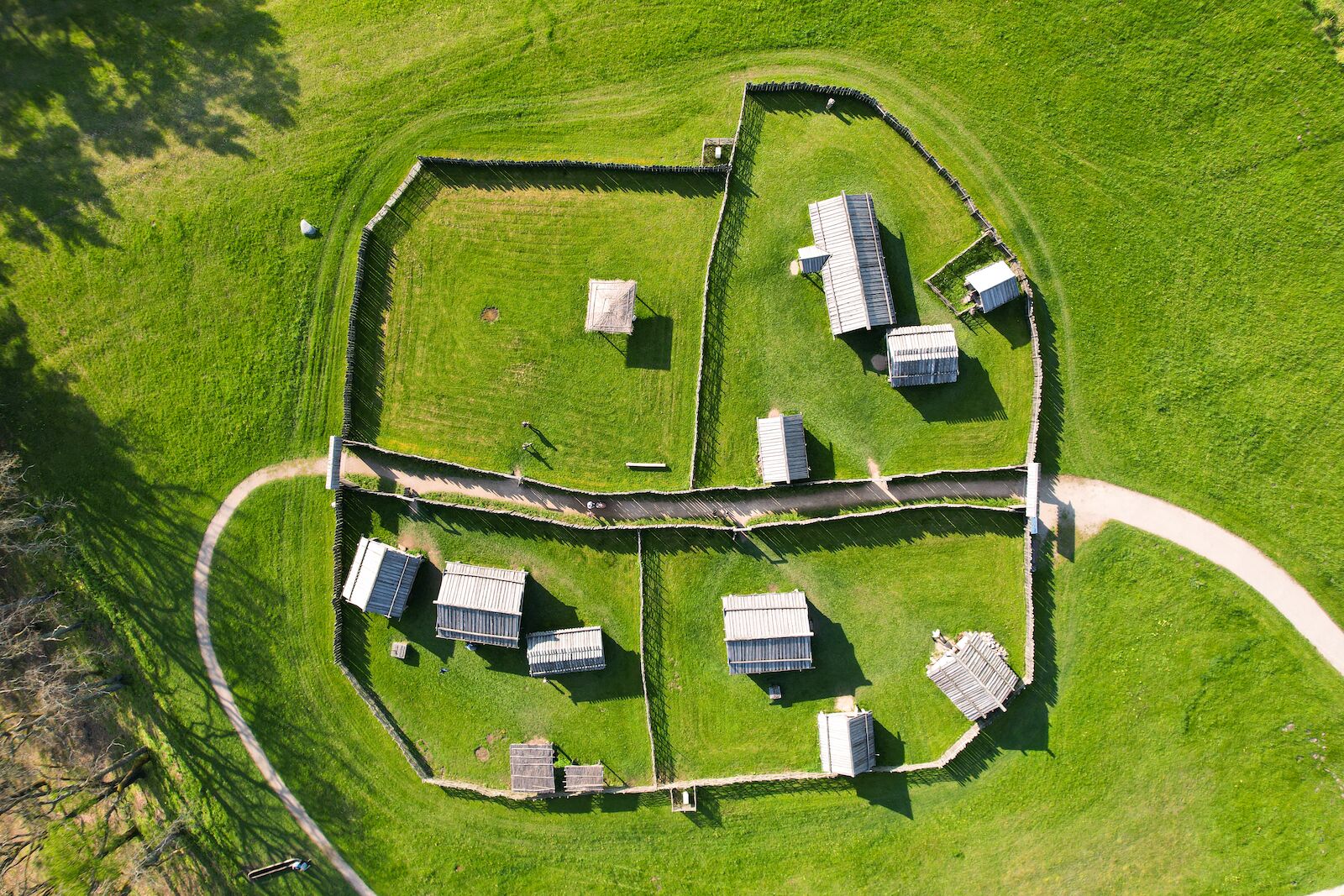 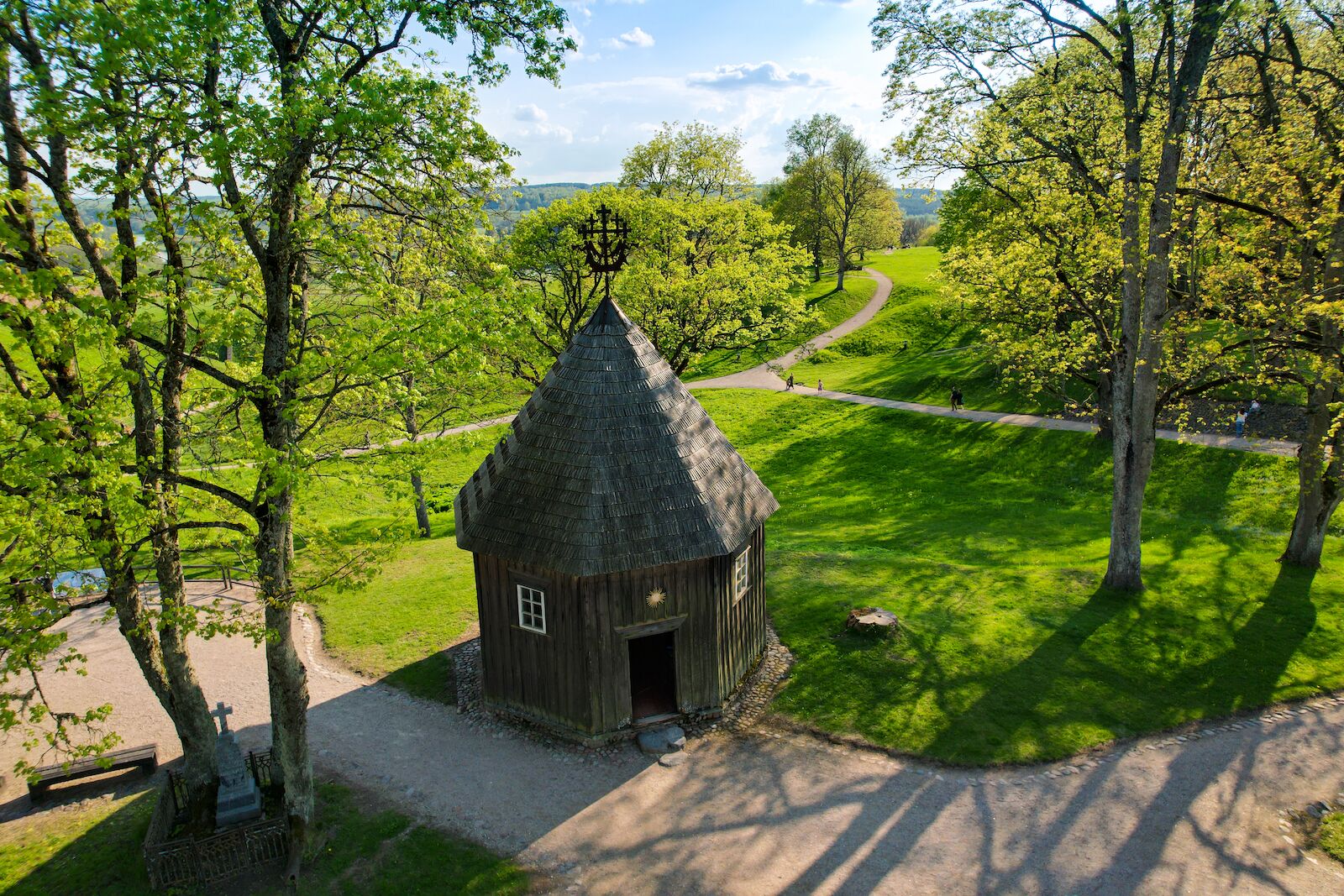 Kernavė, located in eastern Lithuania, features evidence of over 10,000 years of human settlement, from the Paleolithic to the Middle Ages. The archaeological site today is dominated by five massive hillforts, created when Kernavė was a Christian feudal town in the 13th century. At the time, Kernavė was the medieval capital of the Grand Duchy of Lithuania, and served as an important hub for craftsmen and merchants, until it was destroyed by the Teutonic Order during the Lithuanian Civil War in the 14th century. The wet peat in the valley covered the remains of the city and provided unusually good preservation; the oldest known medgringa, a secret, underwater road through the swamps, was found in Kernavė, dating to the fourth century.

There is a museum on site that has presentations on Kernavė’s long history, and an open-air area with a rebuilt section of the medieval town, constructed using medieval techniques.

The European archeological site of Kernavė is 21 miles northwest of Vilnius and can be reached by bus.

Prehistoric Sites and Decorated Caves of the Vézère Valley, France 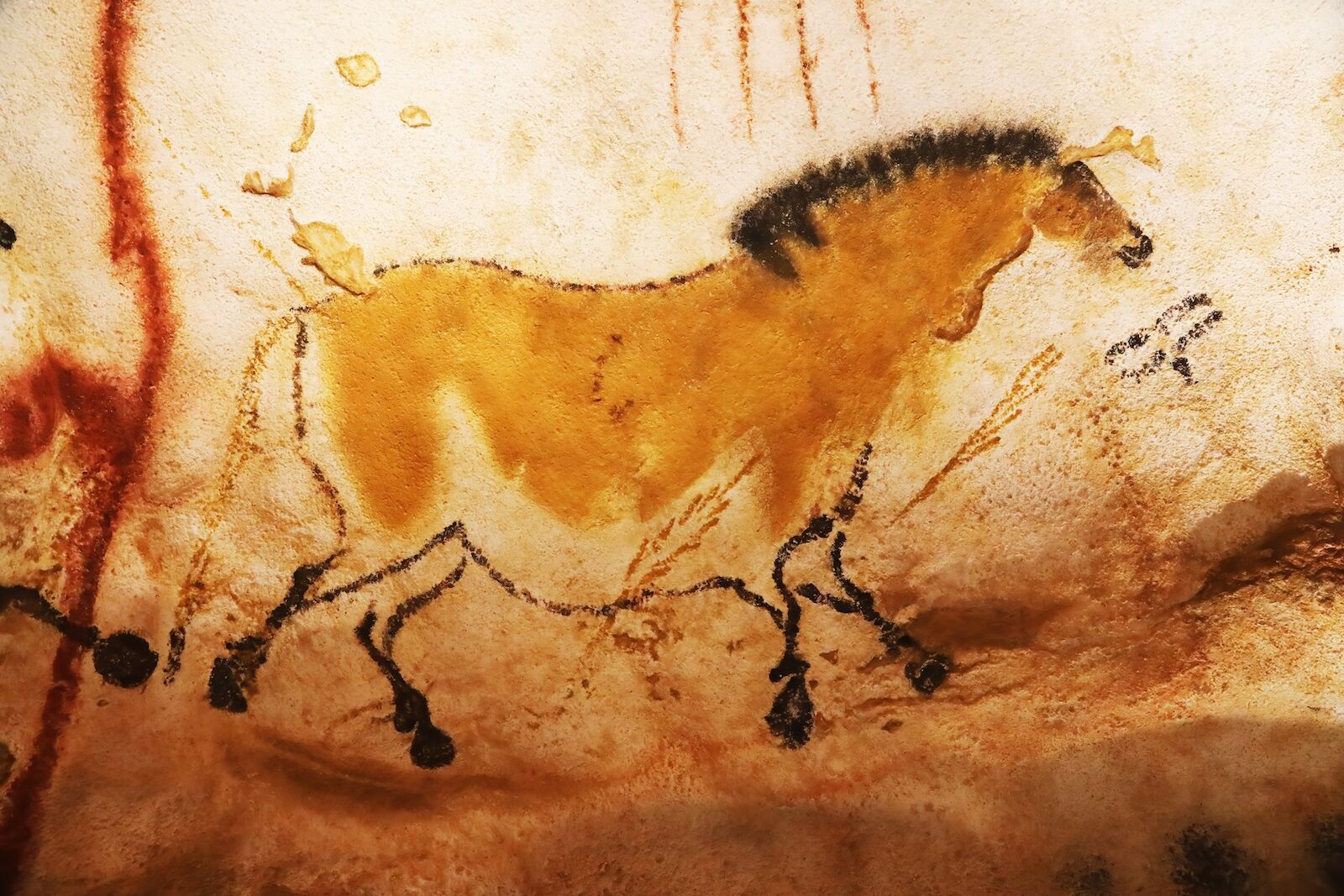 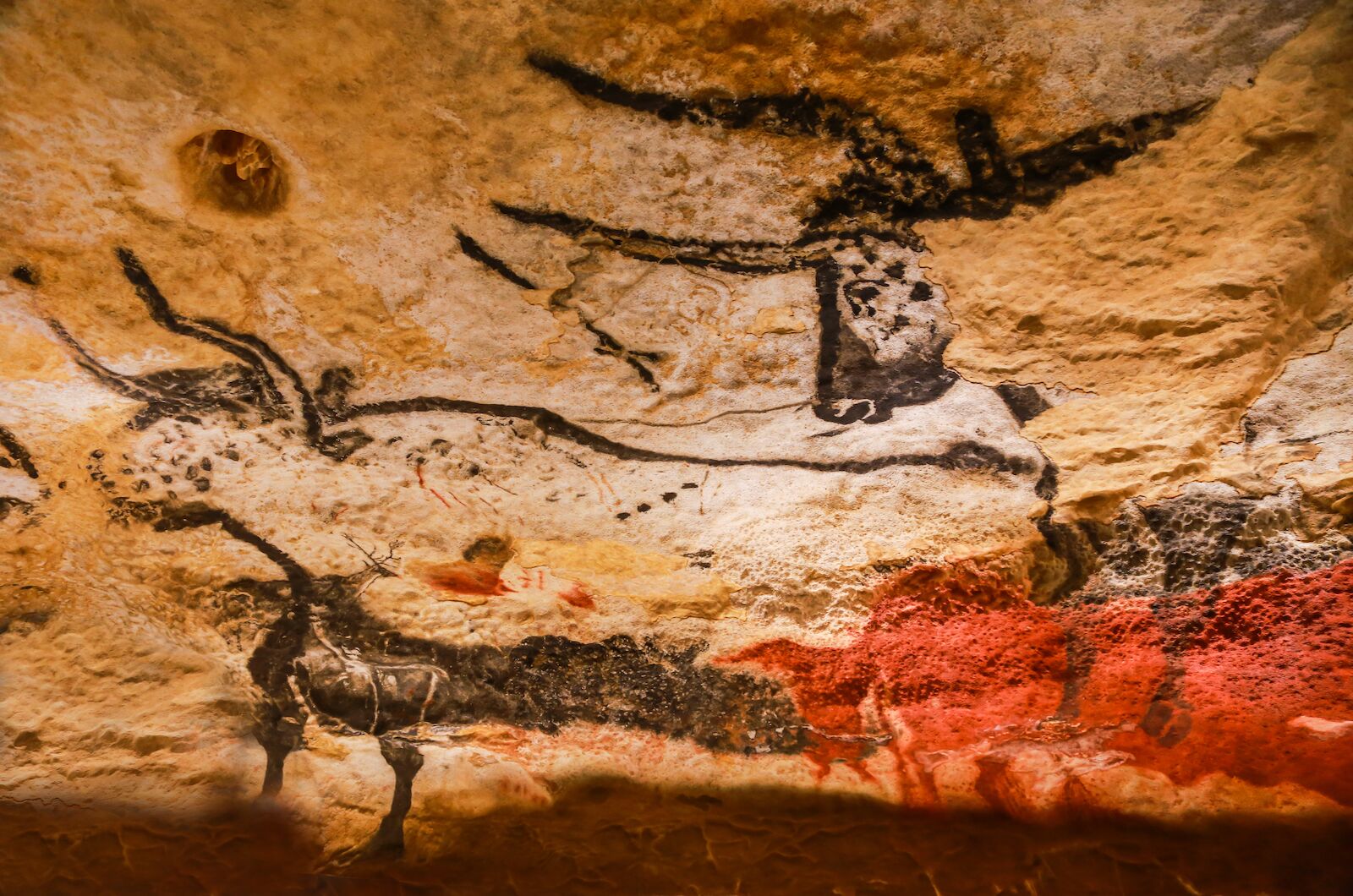 Vézère Valley in France is the site of the famous Lascaux Cave, which features 600 polychrome paintings created around 15,000 BCE. The valley has a further 25 decorated caves and 147 prehistoric sites dating from 450,000 to 9,000 years ago, making for an unusually rich archeological site that is unparalleled anywhere in the world.

Twelve caves are open to a limited number of visitors every day, including Rouffignac Cave, the longest cave system in the region. An electrical train ferries visitors through the cave, where hundreds of engravings and monochrome paintings can be seen. Visitors can also visit the Cro-Magnon Shelter where, in 1868, the skeletons of five ancestral humans, dating from between 10,000 and 35,000 years ago and distinct from Neanderthals, were found. While Lascaux is closed to the public, there are extensive 3D reproductions easily accessible.

The nearby town of Les Eyzies can be reached by train from Bordeaux, however the valley is large and the sites are difficult to access without a car. 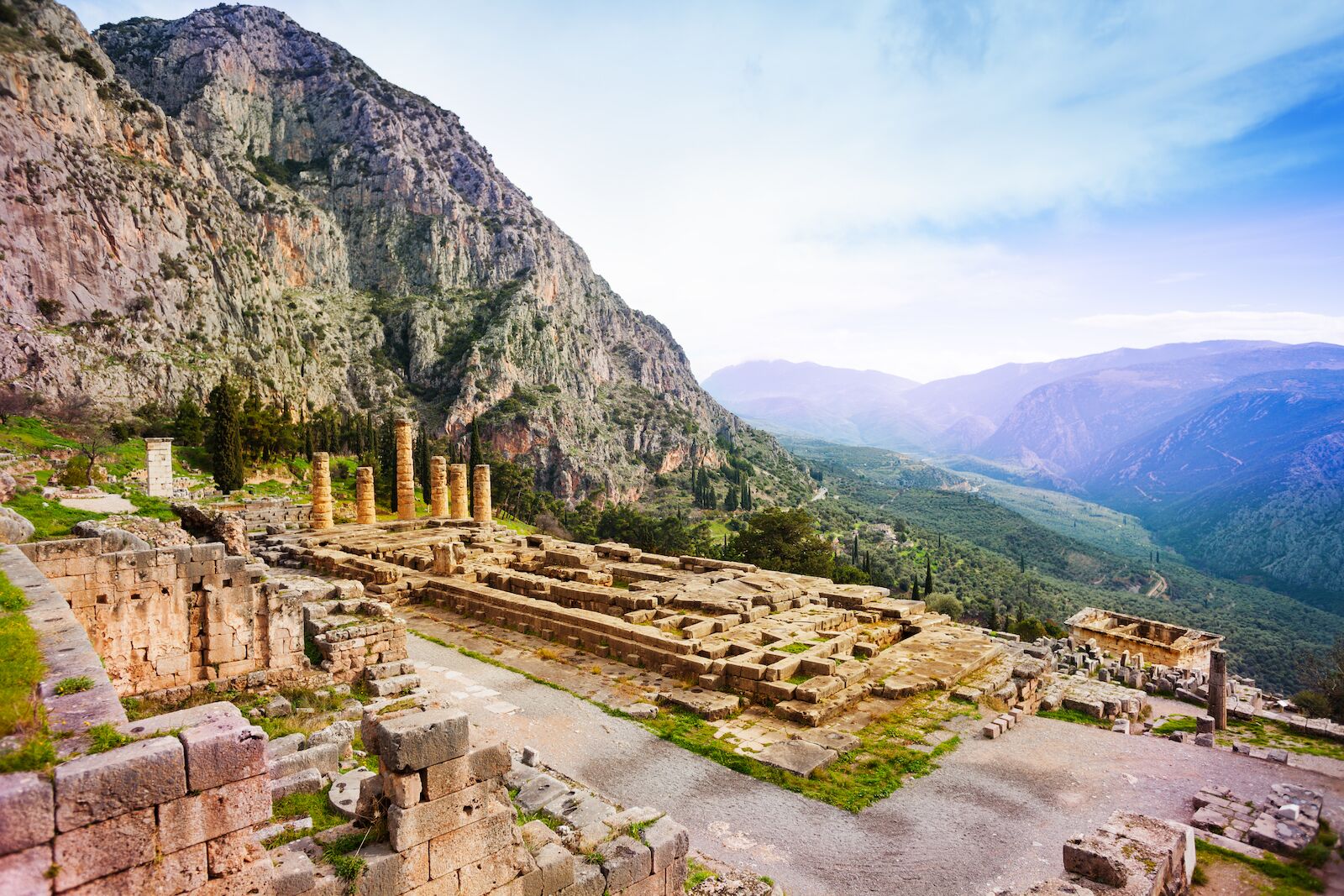 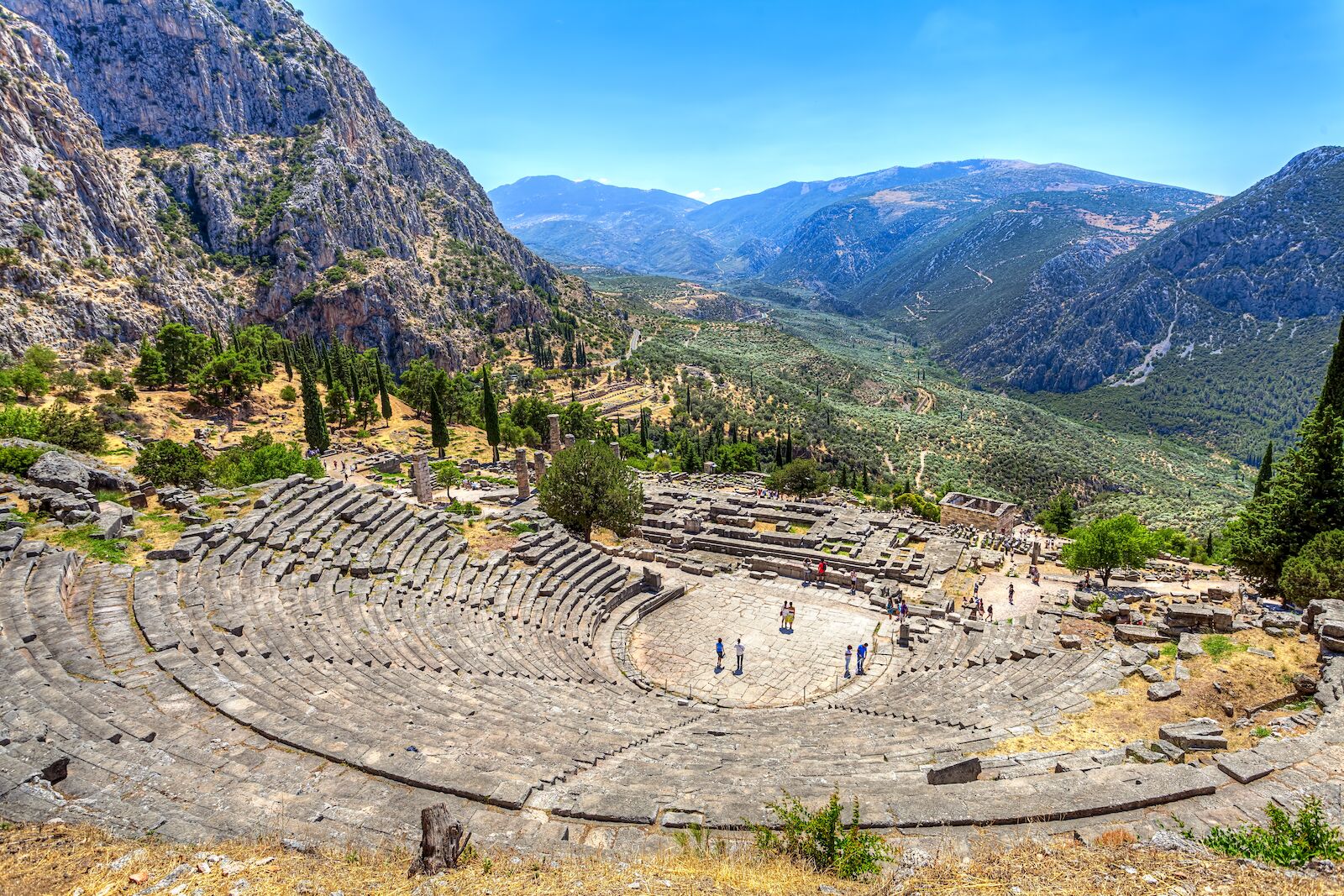 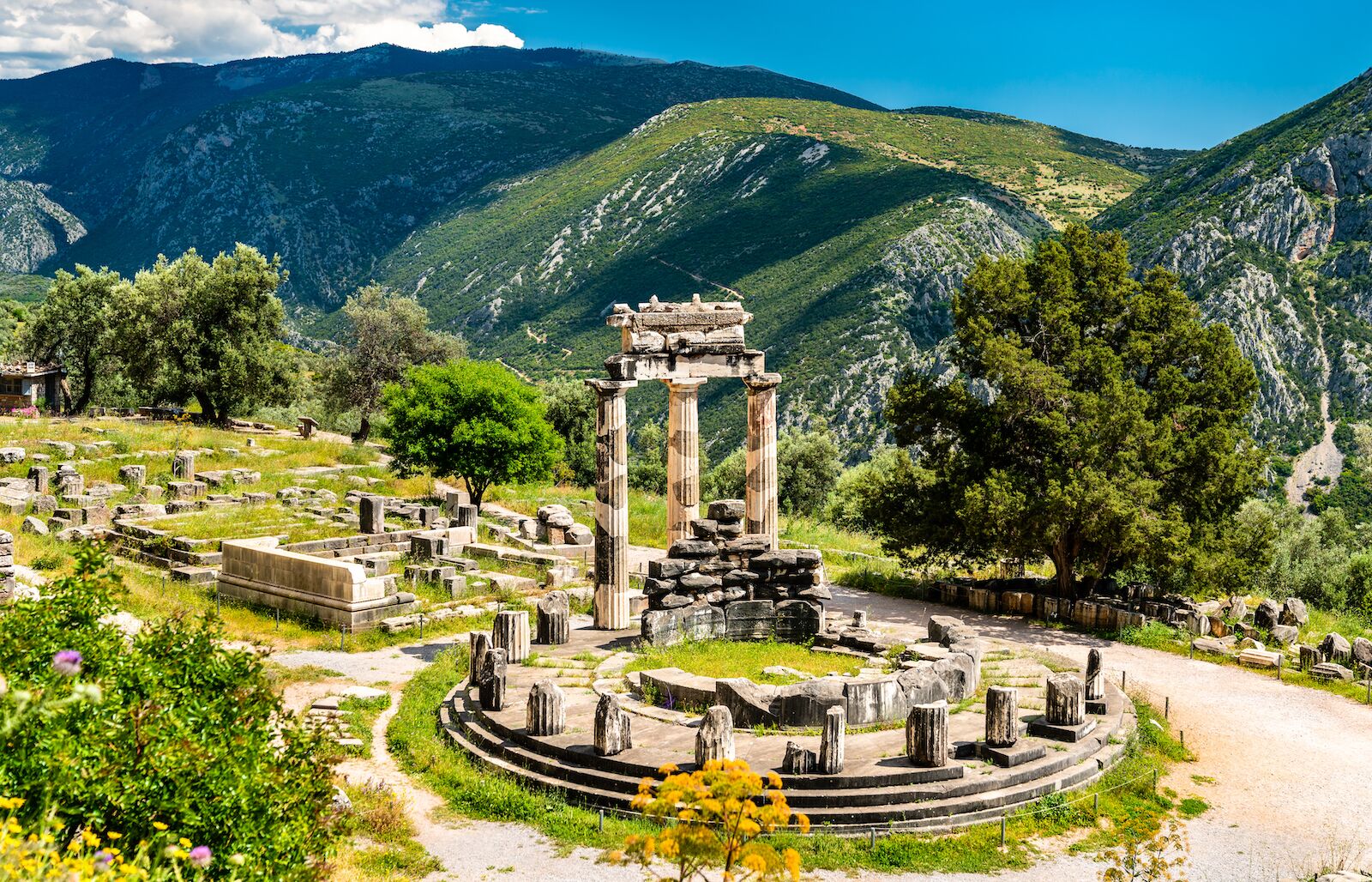 The sanctuary of Delphi, situated at the foot of Mount Parnassos, was the religious center of the Greeks during the sixth century BCE. Delphi was known to the Greeks as the omphalos, or navel of the world, and was visited by pilgrims throughout the Mediterranean. Many of them came to consult the Oracle of Delphi, a priestess living at the sanctuary who supposedly communed with the god Apollo and relayed his messages to the public. The priestess was consulted before any Greek colony was founded, and had immense power over political and military decisions.

Delphi is a monumental complex, featuring temples to Athena, treasury buildings, and the sanctuary to Apollo, where the priestess delivered her messages. Delphi was also the site of several Greek games and contests, and has gymnasiums, theaters, and stadion.

This European archeological site is 110 miles northwest from Athens, connected to the capital by bus. The town itself has numerous hotels and restaurants.

Brú na Bóinne — Archaeological Ensemble of the Bend of the Boyne, Ireland 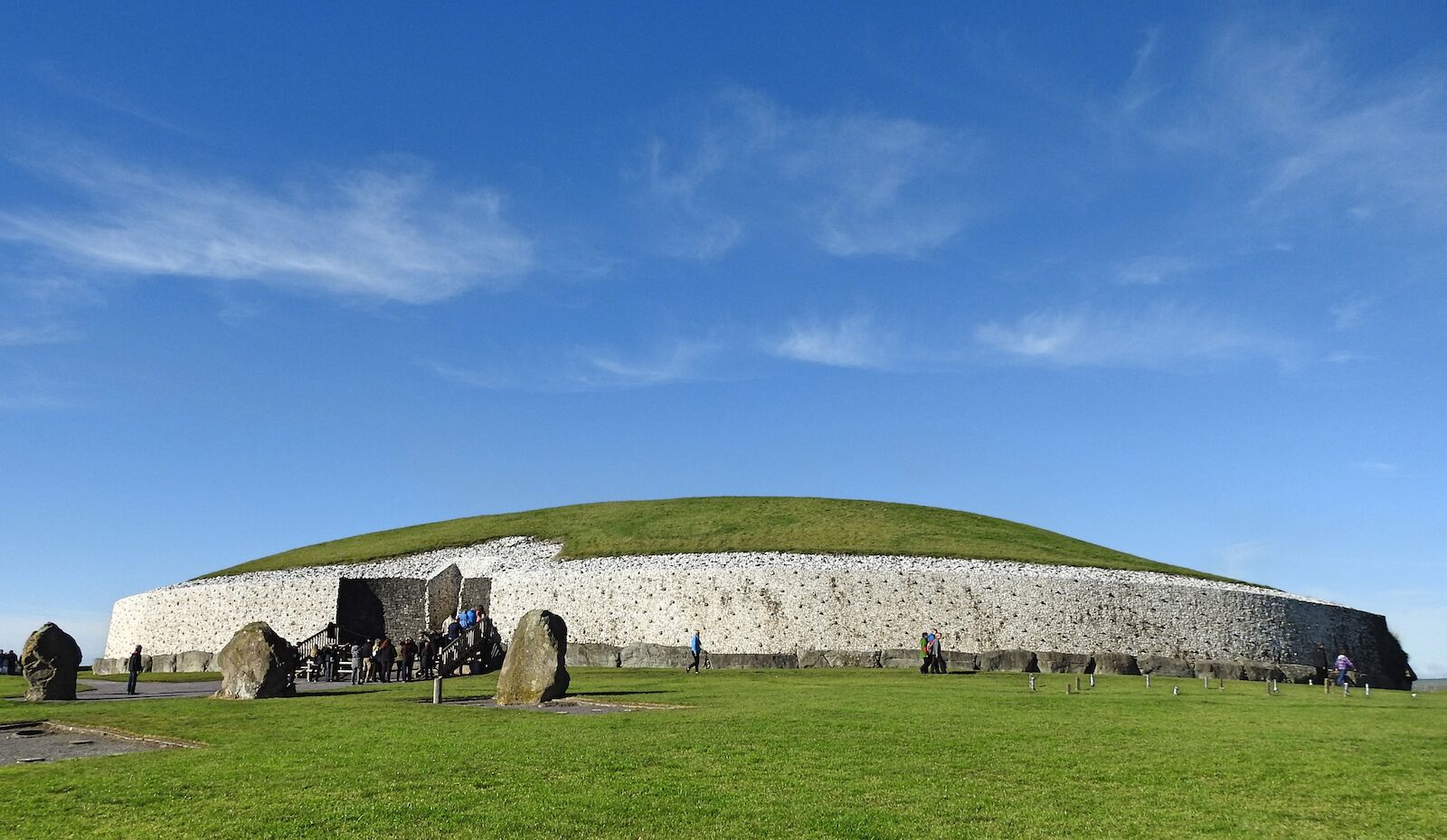 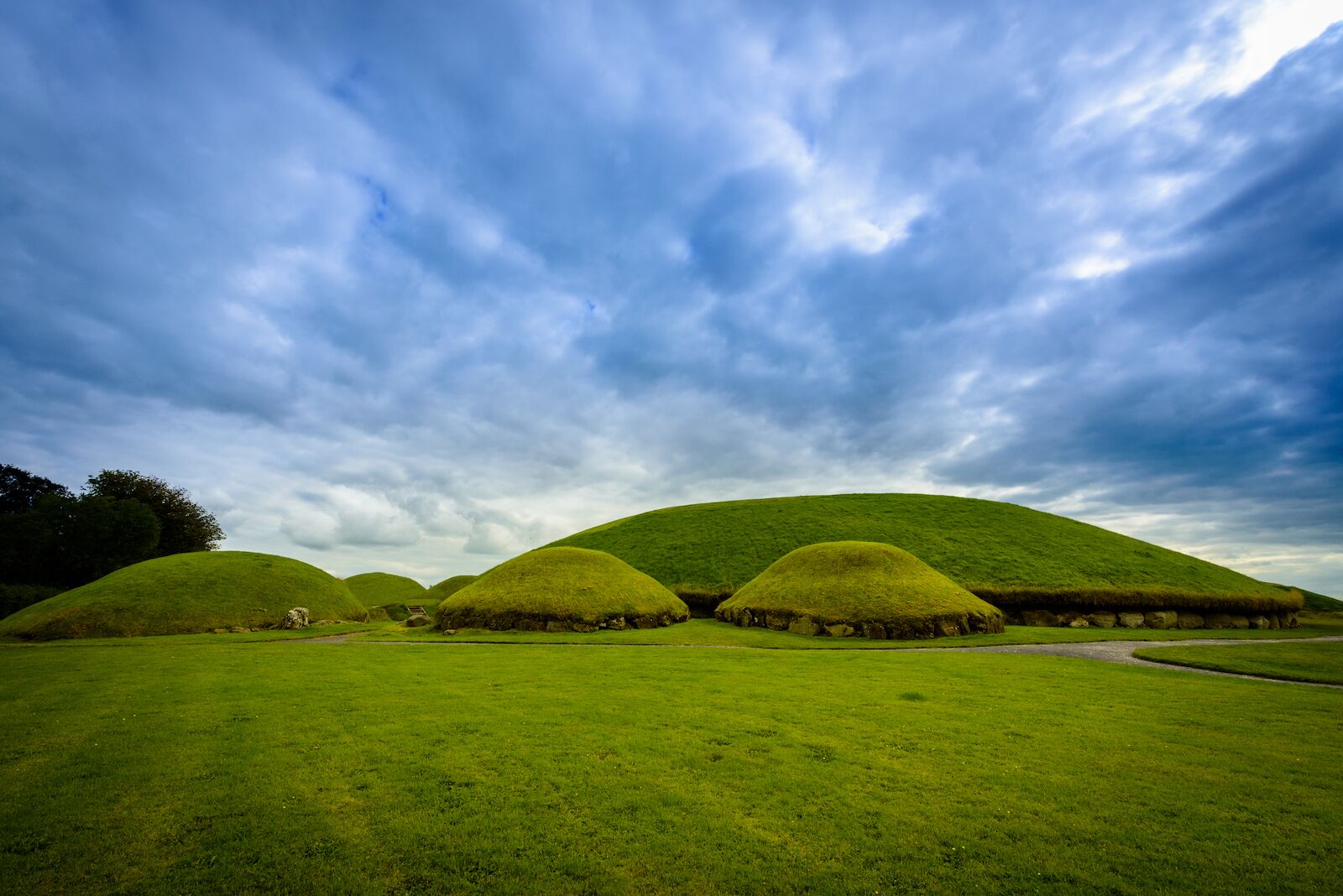 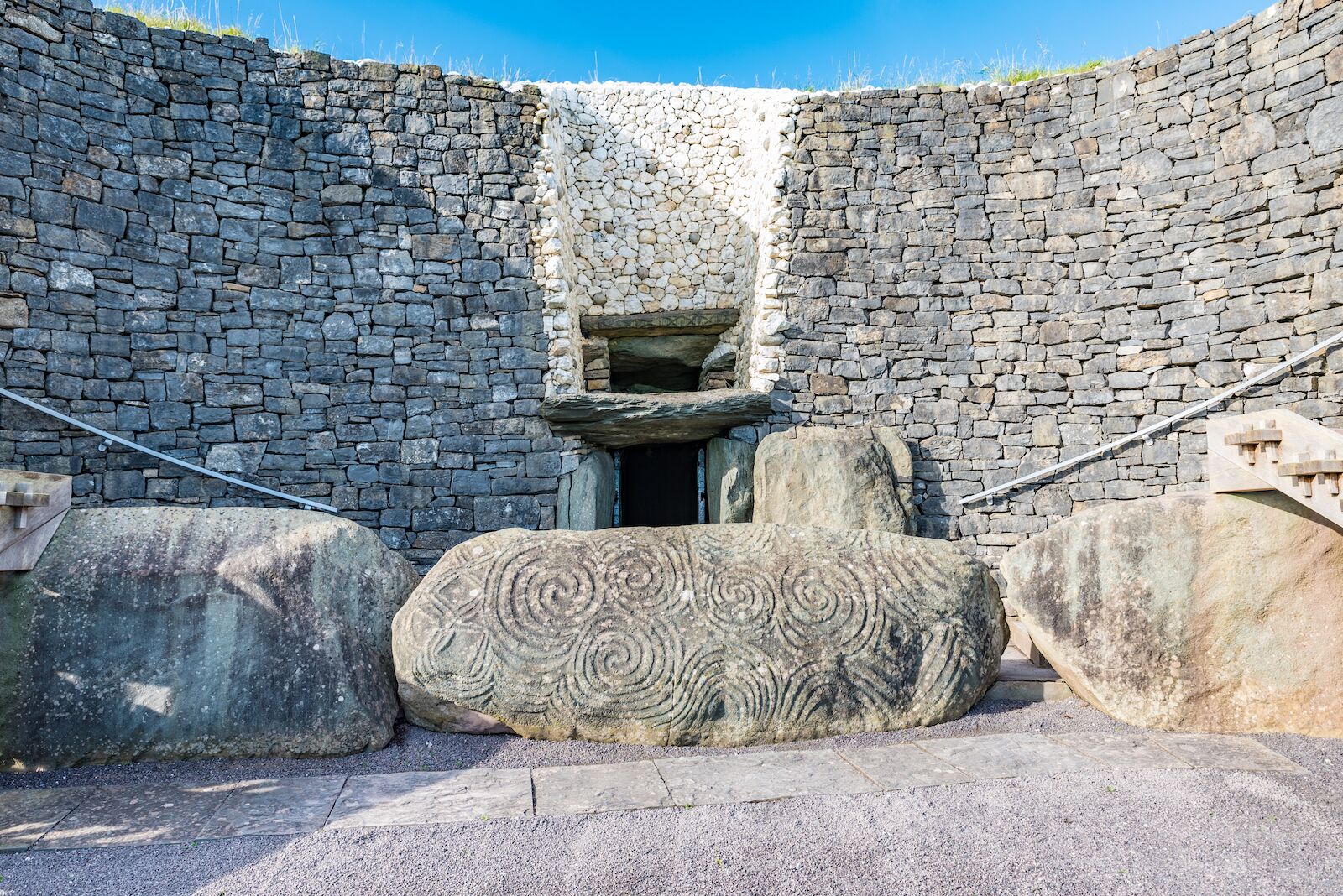 Brú na Bóinne in Ireland is Europe’s largest and most important example of megalithic art. The site was referenced in works of early Irish literature, and was believed to have been where the Tuatha Dé Danann, a race of supernatural beings similar to elves, lived. Three massive burial mounds built 5,000 years ago dominate the site, while forty satellite passage graves surround the nearby area, creating a massive funerary and ritual landscape older than the Egyptian pyramids.

The area is divided into three groups, Knowth, Newgrange, and Dowth; Knowth has thirty monuments from Neolithic to Anglo-Norman, while Newgrange has the largest megalithic passage tomb in Ireland, and Dowth has occupation evidence through the Middle Ages. Each group also features megalithic art in the form of beautifully carved stones. The entire area was used for rituals, gatherings, and for the living to connect with the dead.

There is a visitor center in the Boyne river valley that features a full-scale replica of the Newgrange chamber and provides tours to the Newgrange burial mound itself.

The site is 30 miles north of Dublin, and there are trains and buses to the nearby town of Drogheda. 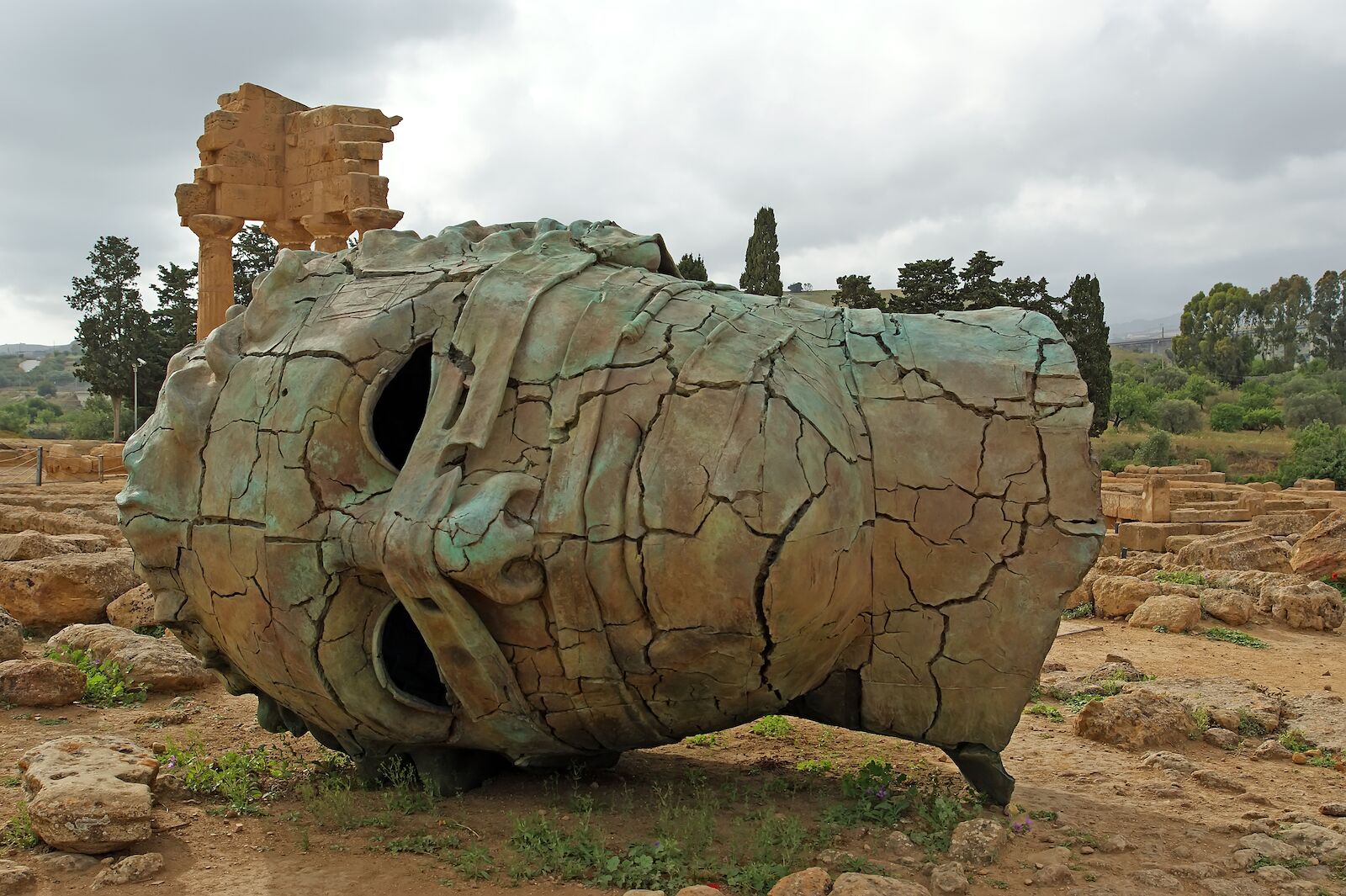 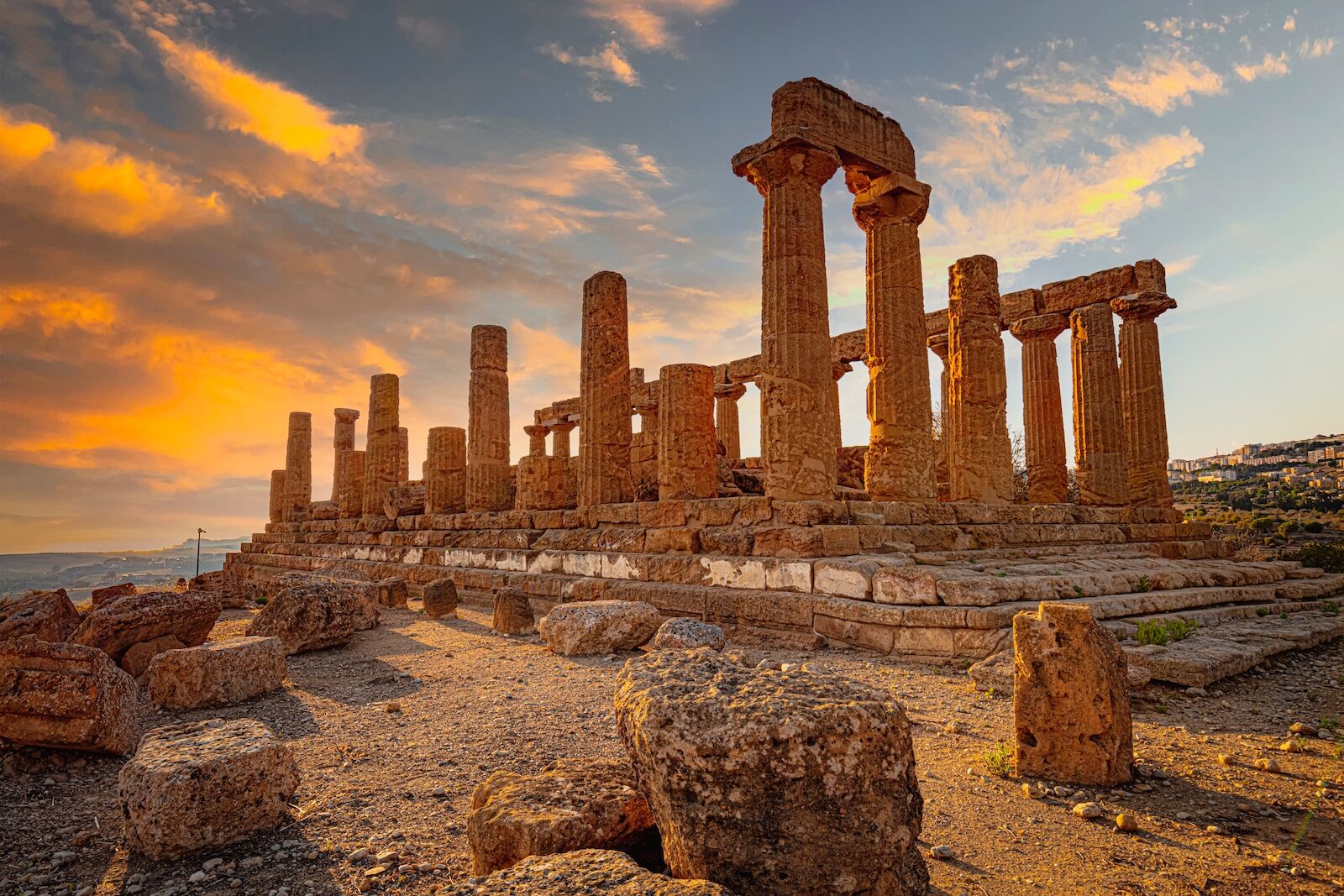 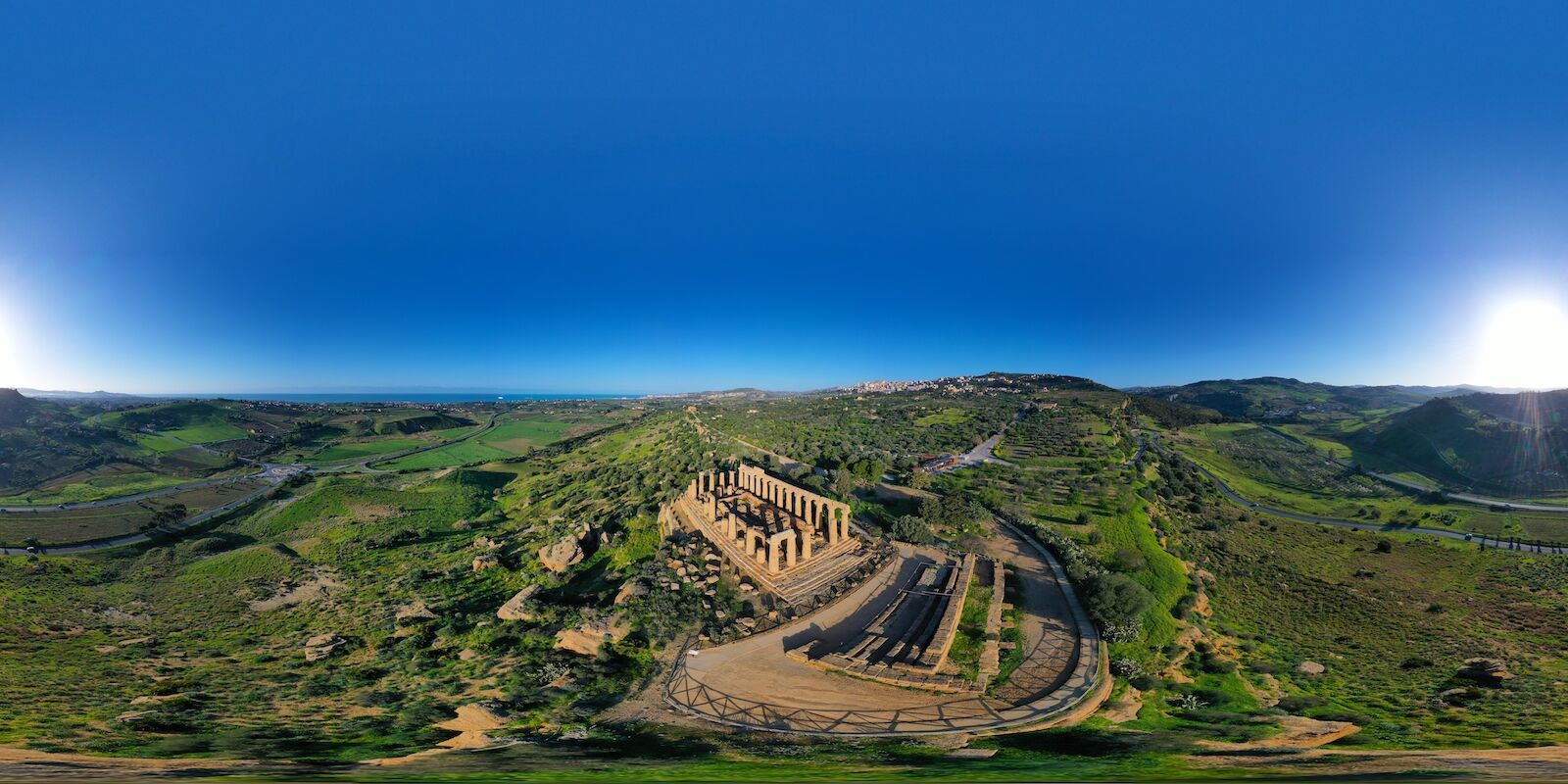 Agrigento, designated in 1997, was one of the leading cities in the Mediterranean world in the sixth century BCE, known for its magnificent Doric temples. Founded by the Greeks in 580 BCE, the Greek poet Pindar called it “the most beautiful city of those inhabited by man.”

Today, the city is one of the best examples of Greek art and architecture, famous for its “Valley of Temples”, which is home to seven temples with beautiful fluted columns. The site also has the so-called Tomb of Theron, a large pyramidal monument built to commemorate Roman soldiers, and the Olympieion field, a monument complex dominated by the Temple of Olympian Zeus.

The European archeological site is 52 miles from Palermo, which has buses to Agrigento. 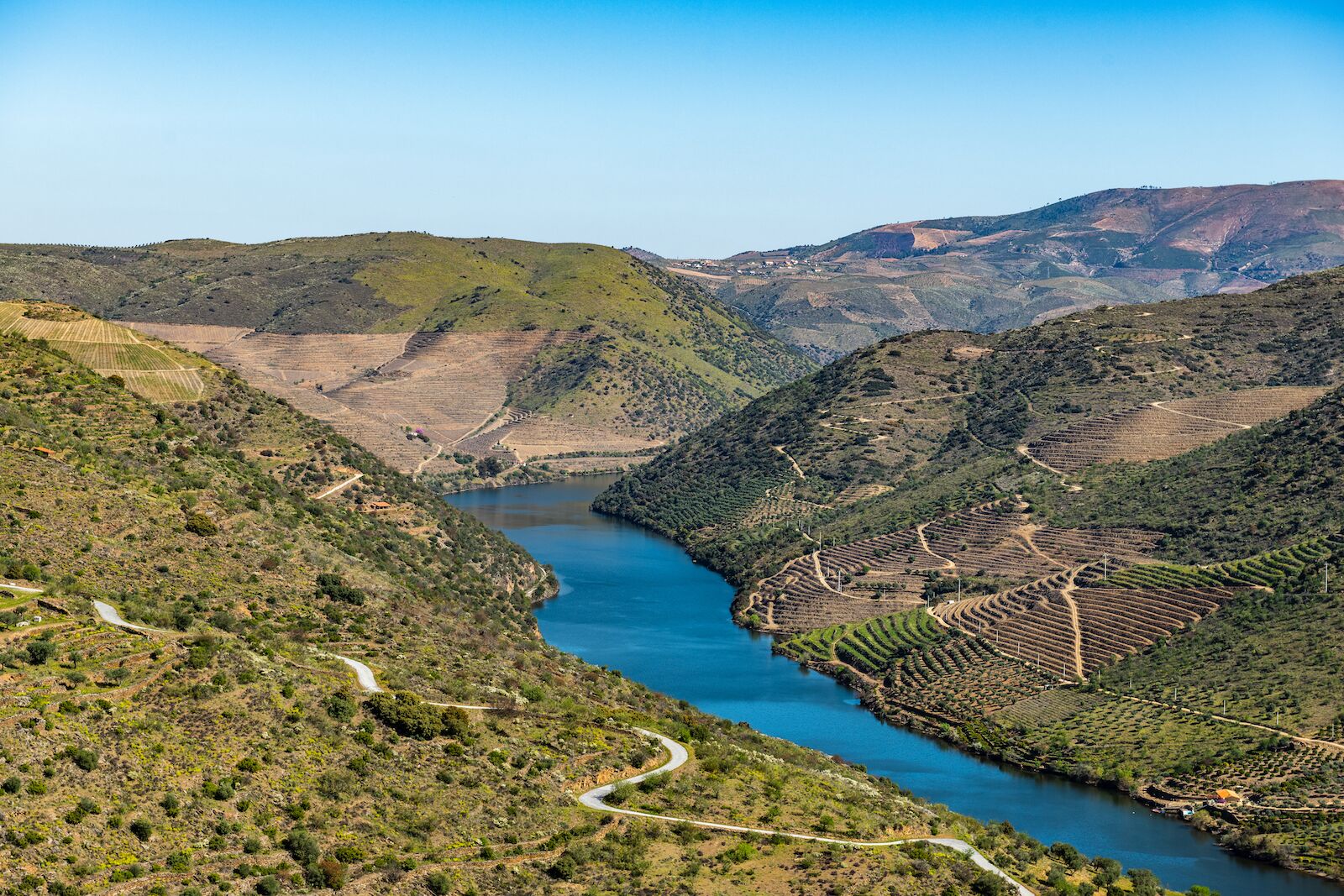 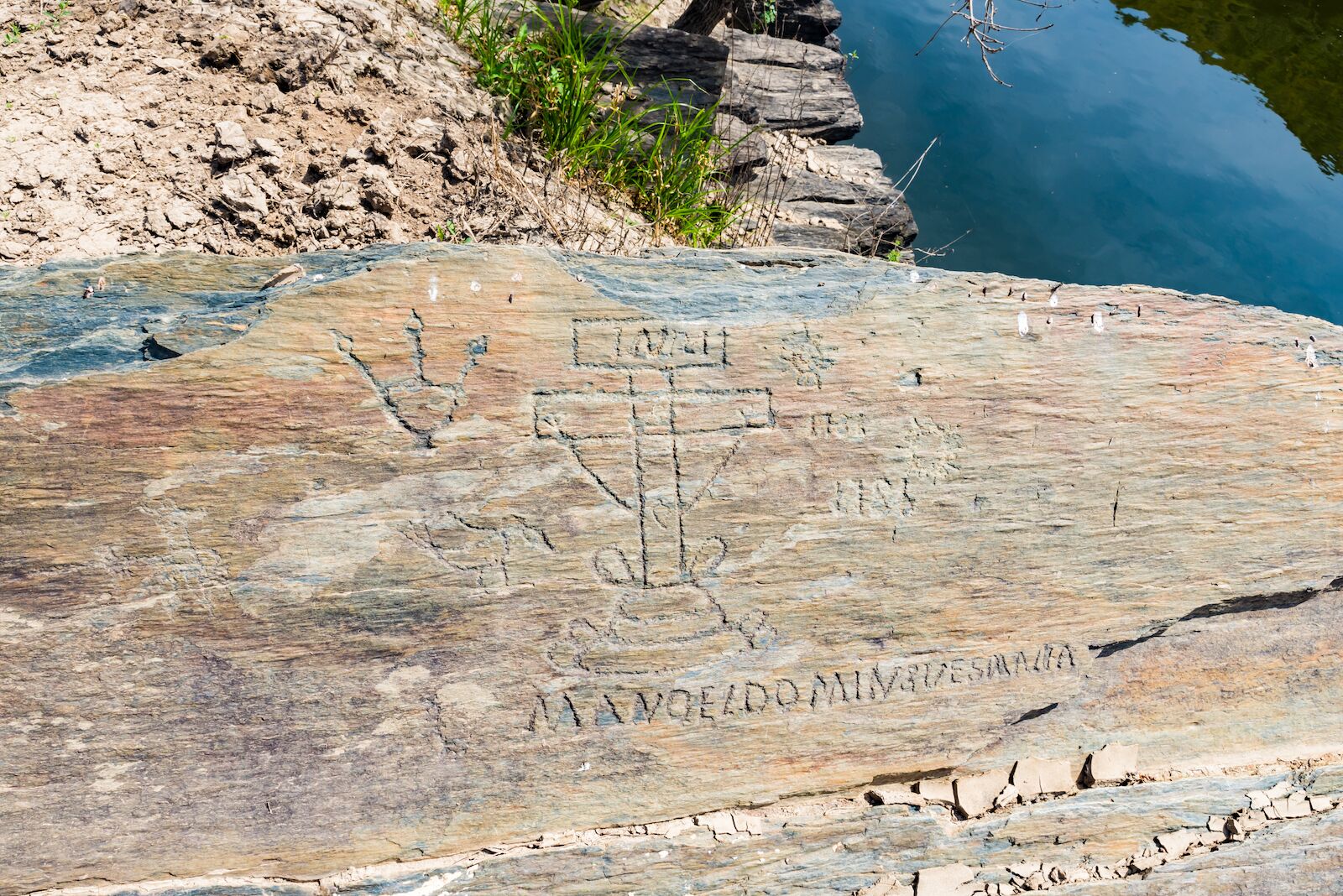 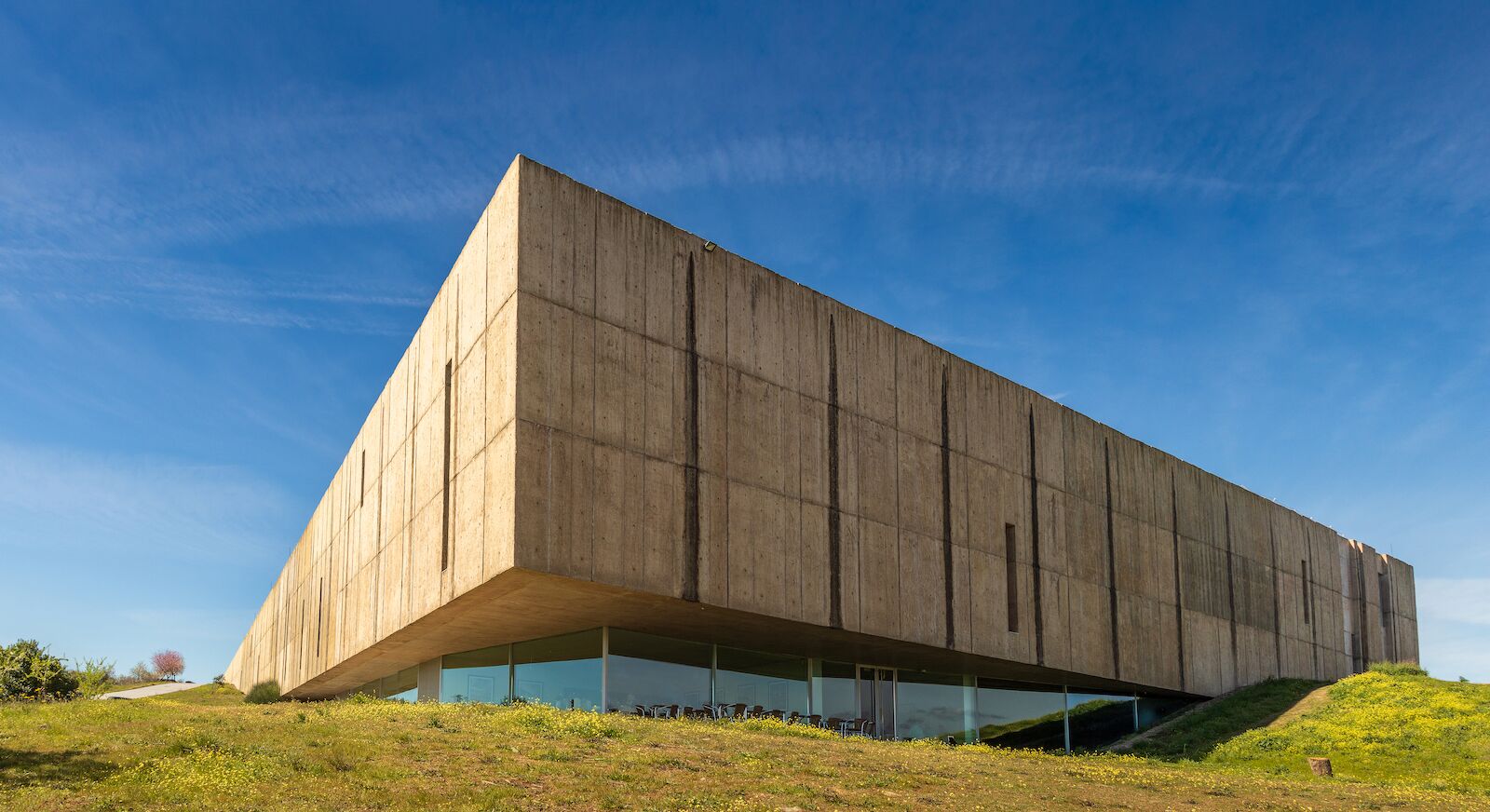 Côa Valley and Siega Verde are two separate sites that straddle the border between Portugal and Spain; Côa Valley is in Portugal and Siega Verde is in Spain. Both sites are considered to be the best open-air ensembles of Paleolithic art on the Iberian Peninsula. Dating from 20,000 BCE to 7,000 BCE, the sites contain hundreds of panels of animal and anthropomorphic figures that were carved and picked into the cliffs.

In 1995, a new dam on the Côa River was proposed that would have flooded the lower levels of the river valley and large areas of the site. World interest in saving the site mobilized anti-dam campaigns in Portugal, as well archaeologists and UNESCO. In 1998, the sites were designated as World Heritage Sites.

The sites are one hour and fifteen minutes apart, and Côa Valley is two hours from Salamanca, Spain. There is a visitor center and museum in Côa Valley, where you can take a guided 4×4 tour or a kayak trip down the Côa River to see the sites. 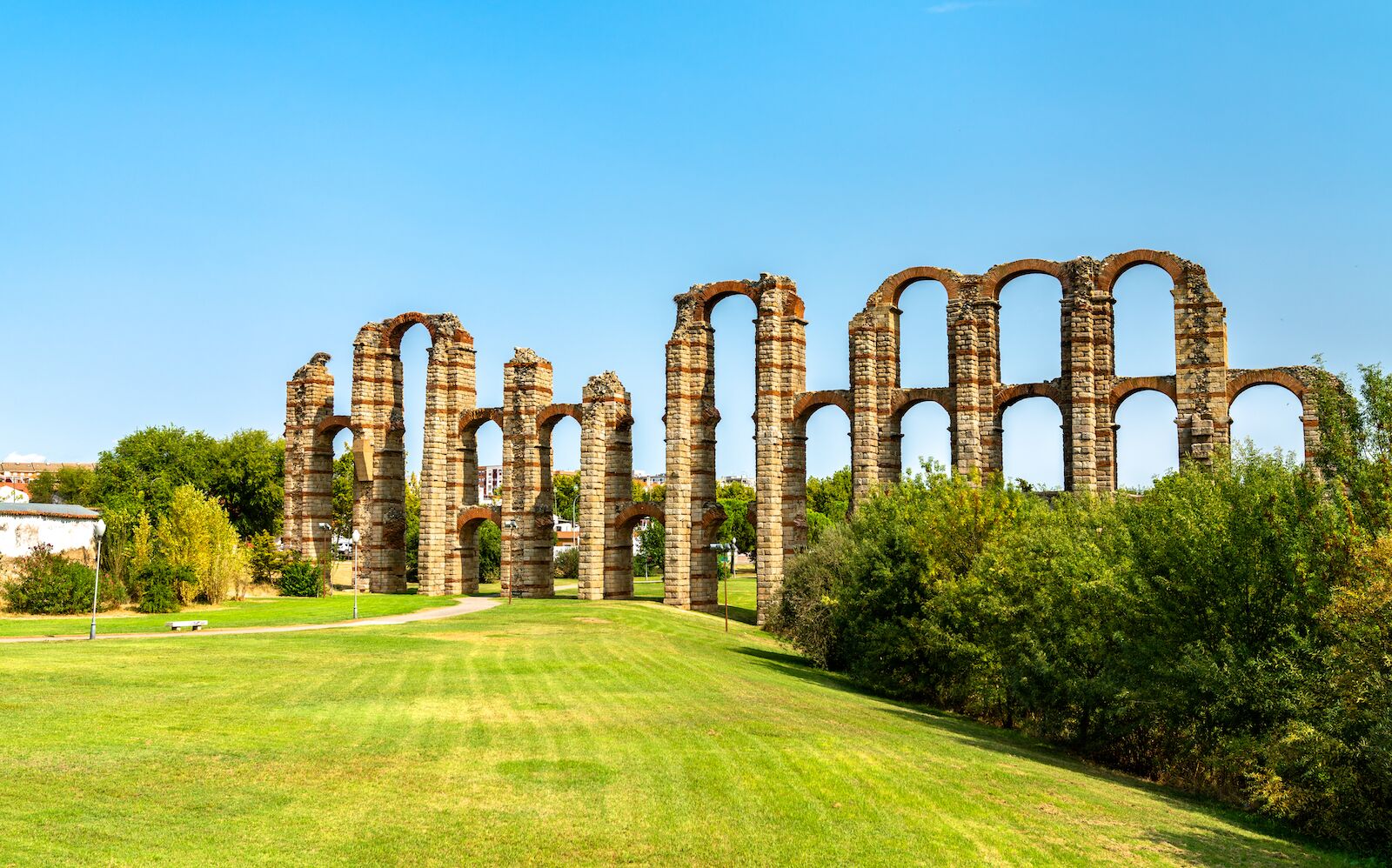 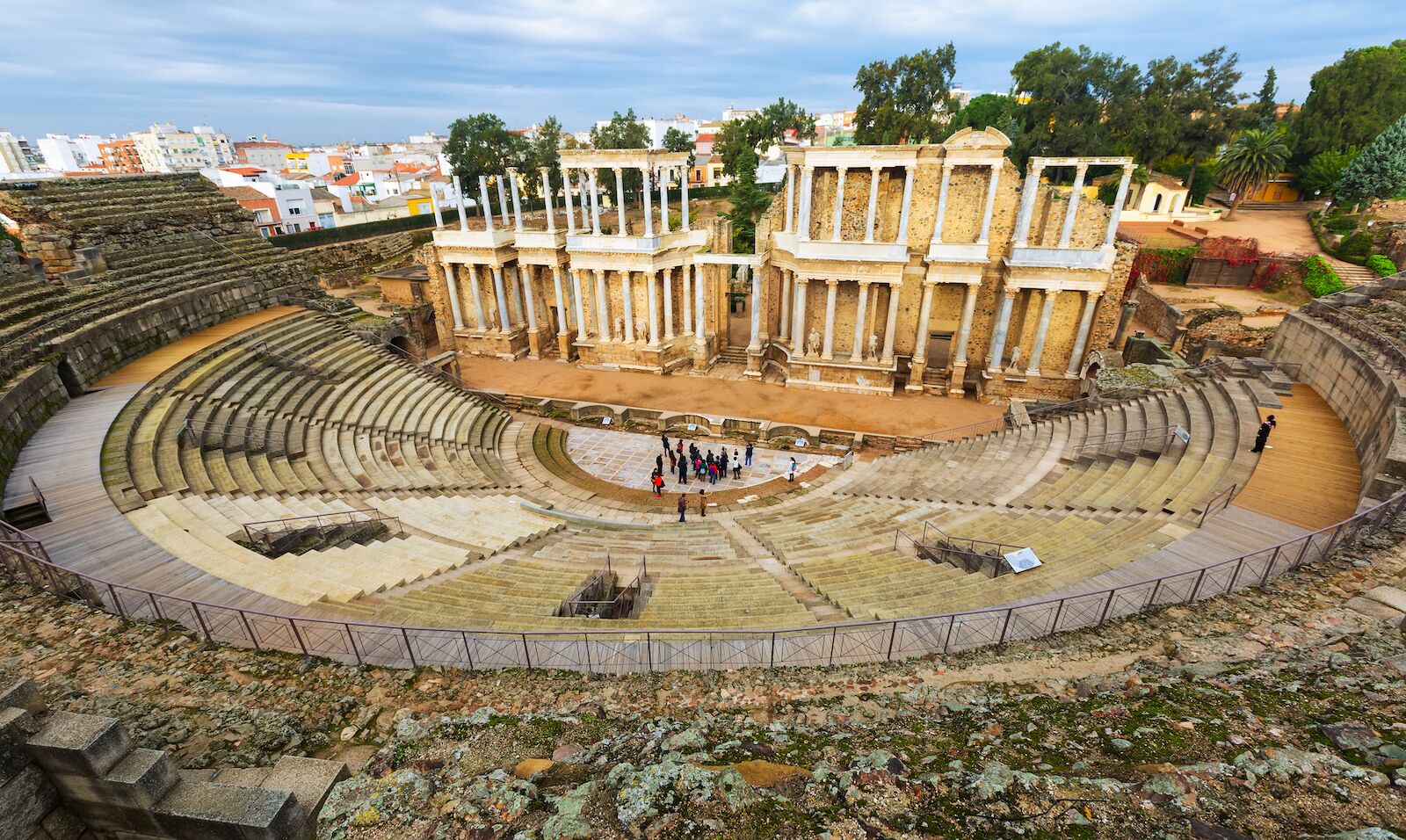 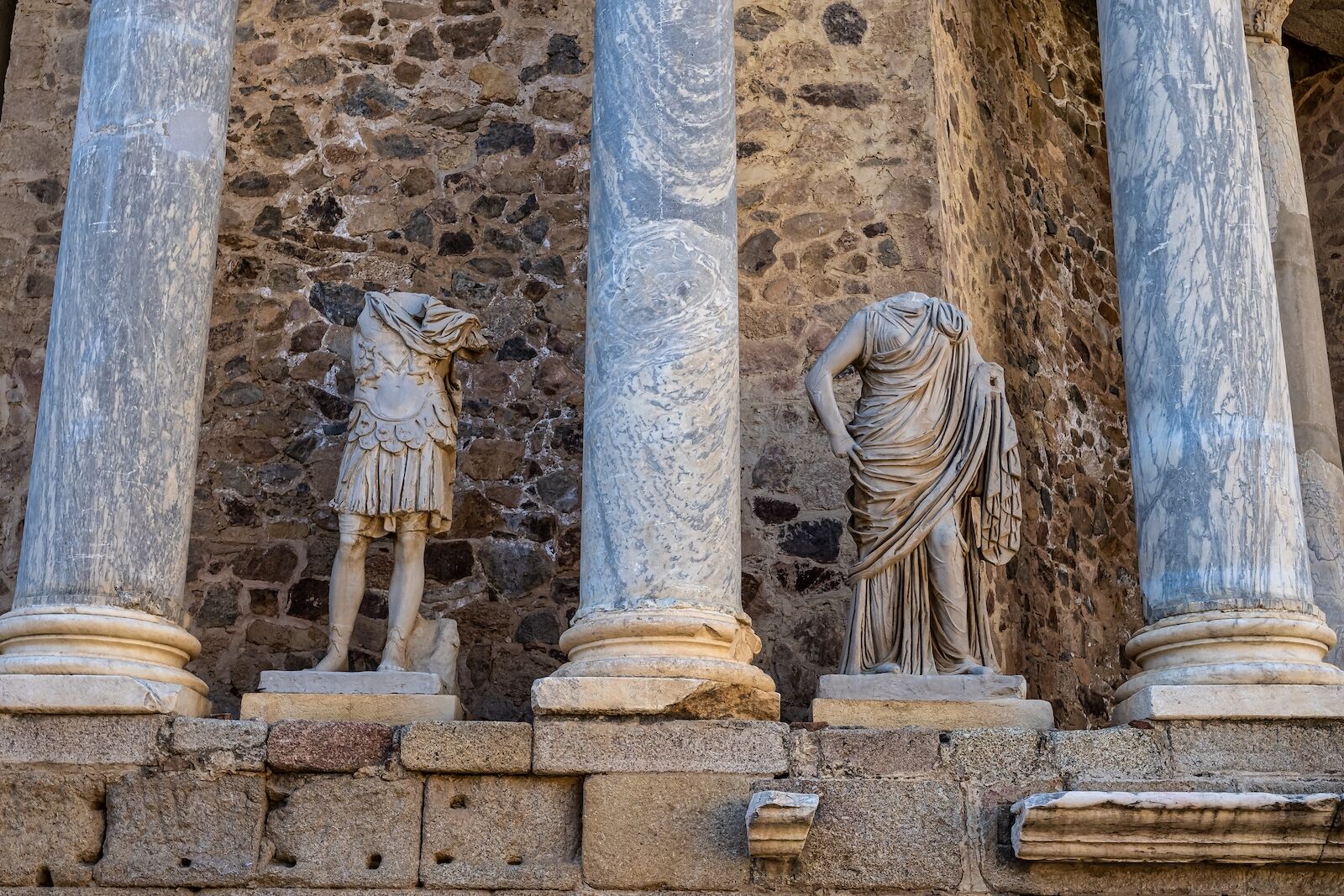 Mérida was the site of the colony Augusta Emerita, a Roman city founded in 25 BCE as an idealized model of Rome, and the capital of Lusitania, the western-most province of the Roman Empire. Today, the Archaeological Ensemble of Mérida is the most extensive Roman archaeological site in Spain.

The site features numerous Roman remains, including an amphitheater used for gladiatorial contests that seated 15,000 spectators, an open-air venue known as a circus that seated 30,000 spectators, a beautiful bridge over the Guadiana, several aqueducts, a temple to Diana, and a necropolis. There is also a beautiful theater which is still used today for classical performances throughout the summer.

Mérida is located in Extremadura, Spain, and is a five-hour train or bus ride from Madrid, and a three hour bus from Seville. 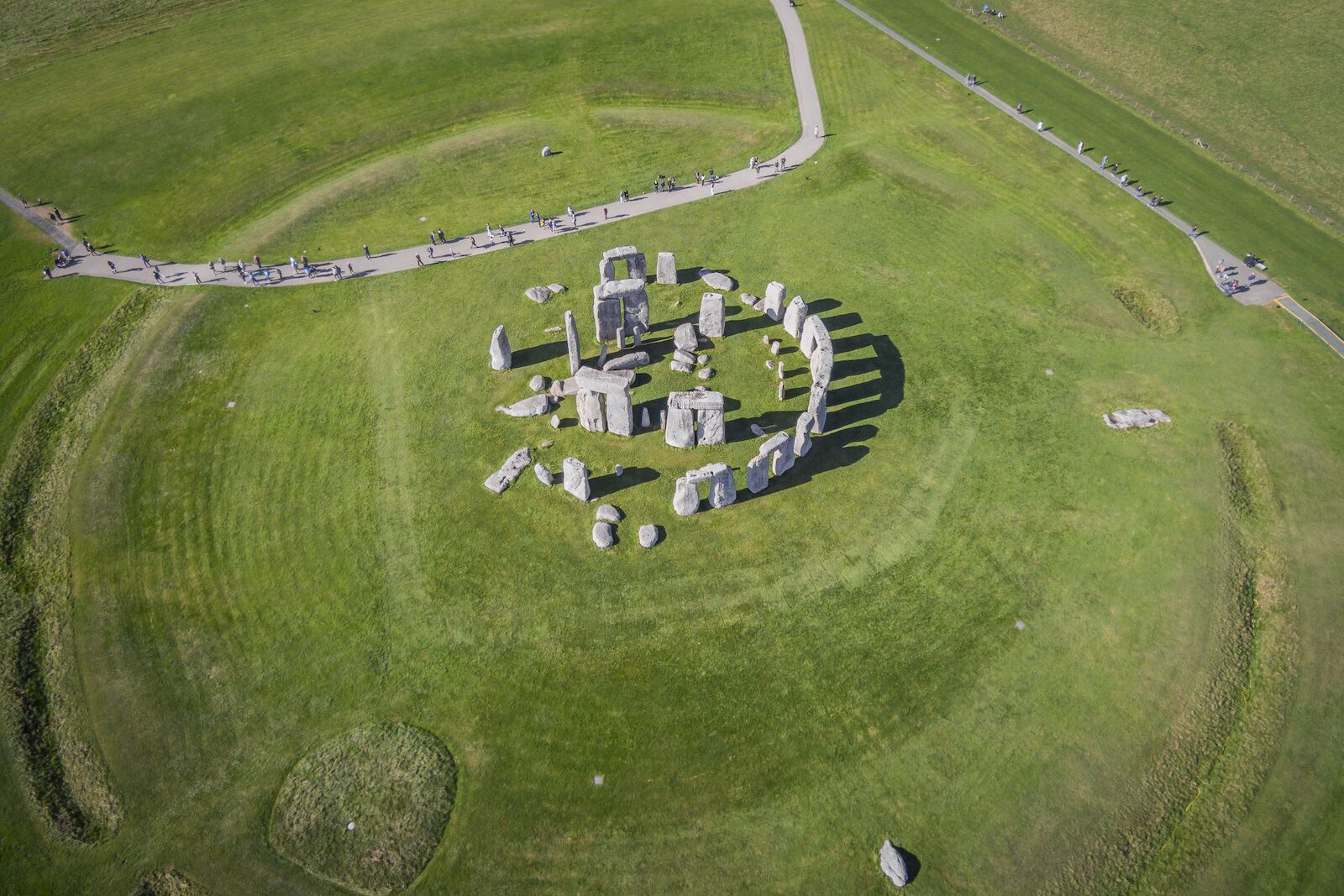 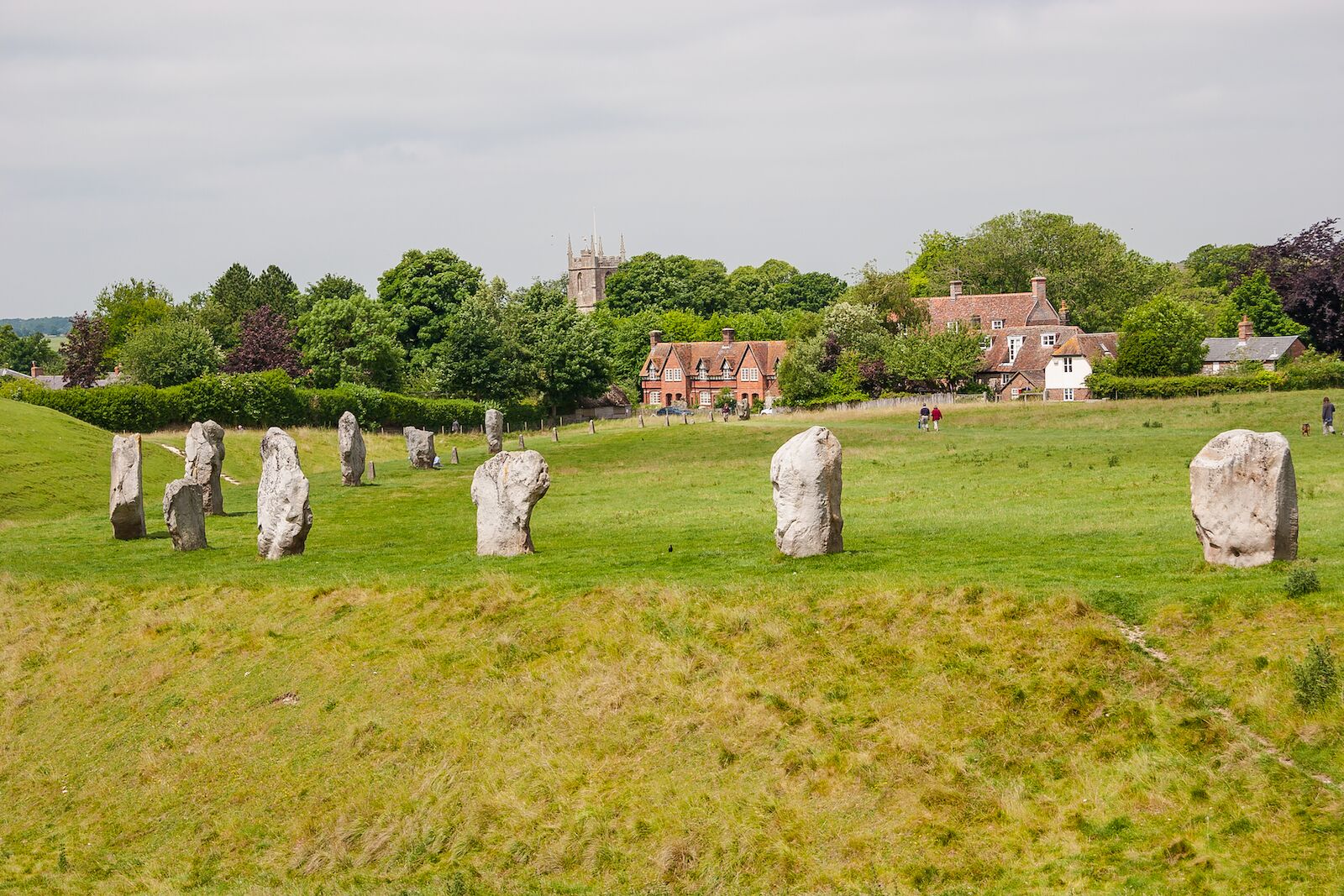 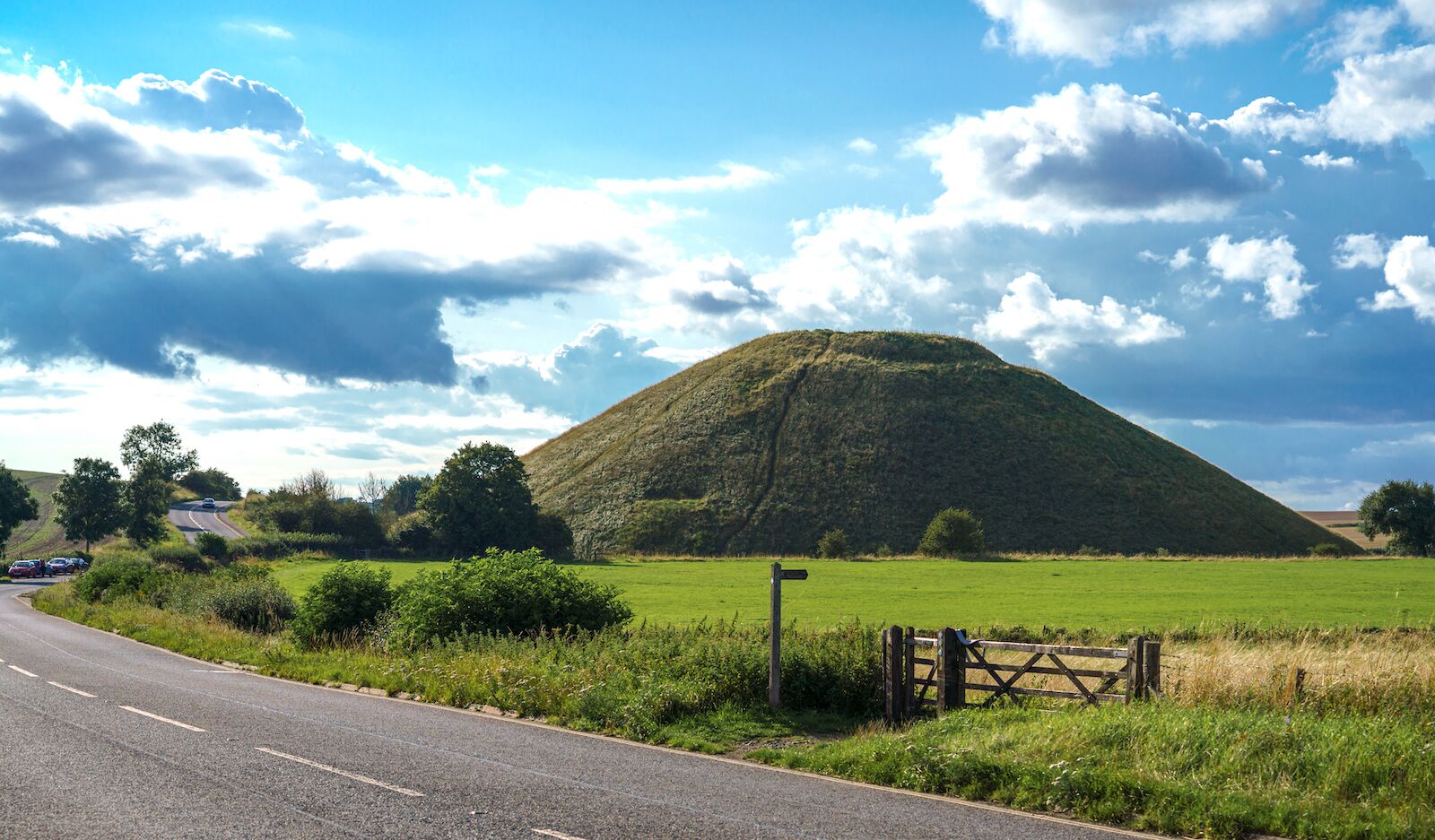 Stonehenge and Avebury in southern England are two Neolithic sanctuaries featuring some of the most famous megaliths in the world. In the surrounding area there are a further 700 archaeological sites, making for a uniquely dense ceremonial and funerary landscape.

The monuments were built over a period of 2,000 years, from 3,700 to 1,600 BCE. Stonehenge is dominated by the world-renowned circle of standing stones, the most sophisticated prehistoric stone circle in the world. Avebury has the largest stone circle in the world, and the nearby site of Silbury Hill has the largest prehistoric mound in Europe. Many of the monuments have significant astronomical alignments.

Stonehenge and Avebury are in the southwest of England, 10 miles from the town of Salisbury. Salisbury can be reached by train or bus from London, and from there the Stonehenge Tour bus can take you to the site.