It’s the start of a new year, and that means it’s time to make some family travel resolutions and start planning. Whether you want to explore more national parks and state parks, introduce the kids to urban culture in cities like New York, or take them overseas — say, to New Zealand — these are our favorite family travel destinations for the year ahead. 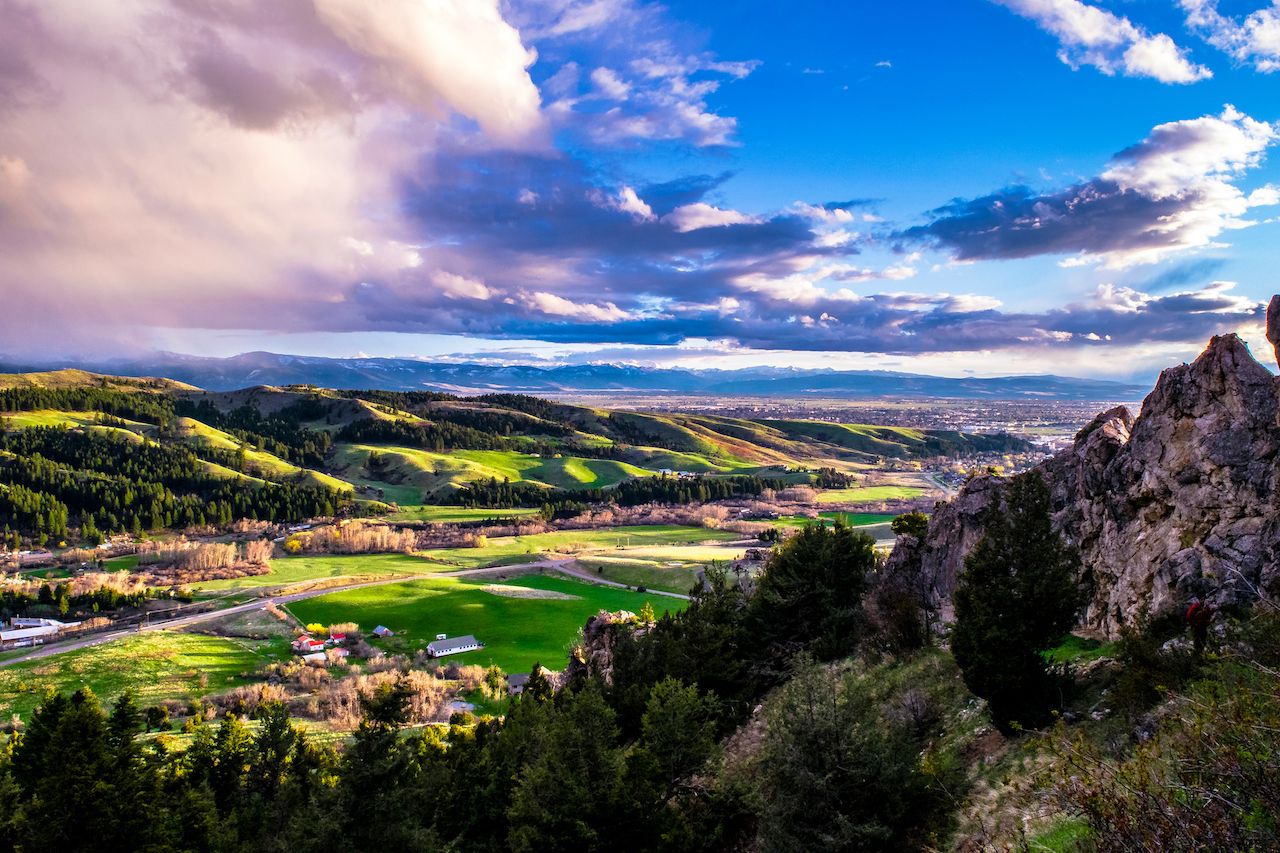 Head to Montana for spring break, and you’ll still catch plenty of springtime snow in resorts like Big Sky. Whatever time of year you visit, the northern entrance to Yellowstone National Park, in Gardiner, Montana, is the only entrance open to cars all year — and it’s just over a two-hour drive from Bozeman to get there. Bozeman, one of the 25 coolest towns in America, also offers easy access to plenty of fishing and hiking options. You can also blend the healthy outdoors time with a bit of indoor educational time — since Bozeman’s Museum of the Rockies has the largest collection of dinosaur bones in country. Montana also has several of the best dude ranches in North America. Ranches like Bar W Guest Ranch offer three-night packages, as opposed to the usual week-long packages, as well as programs for kids. 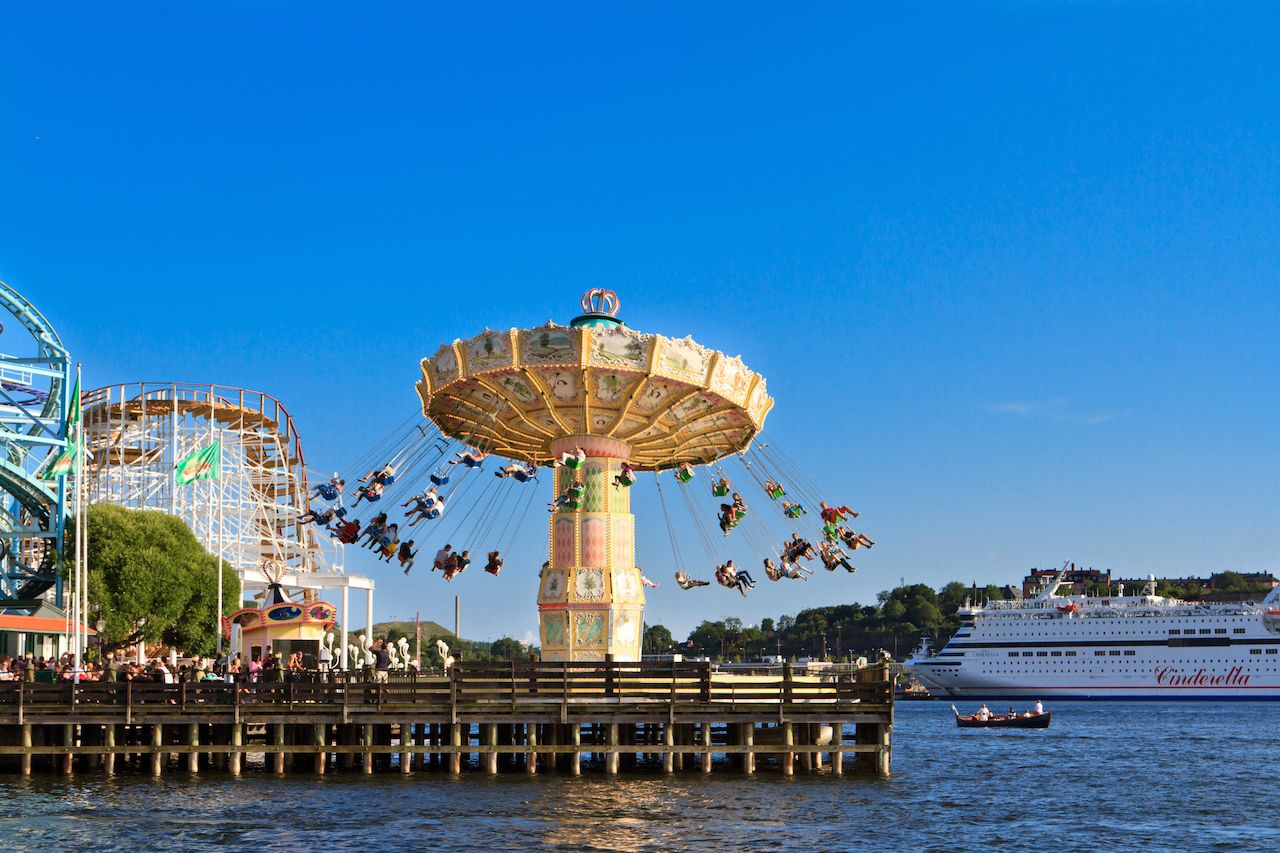 Stockholm is one of the most kid-friendly cities in Europe. Just getting around the city of islands is fun, since it often requires taking a ferry from one neighborhood to another. And if you need to get underground, the city’s whimsical subway stations provide their own amusement. The regal old town, Gamla Stan, looks like something out of a fairytale, while at Junibacken kids can explore the fairytale world of Sweden’s most famous storybook character, Pippi Longstocking.

Junibacken is right next to the the Vasa Museum, which houses a massive Viking ship, and is just a 10-minute walk from Gröna Lund, a waterside amusement park that’s manageable in size and actually pleasant to walk around. At Gröna Lund, kiosks will tempt the kids with long strands of licorice in every color and flavor imaginable. In fact, Sweden is great for kid food, what with Swedish meatballs, Swedish pancakes (like crepes), and even skagen (like a lobster roll, but with shrimp) all going down well with the younger set. 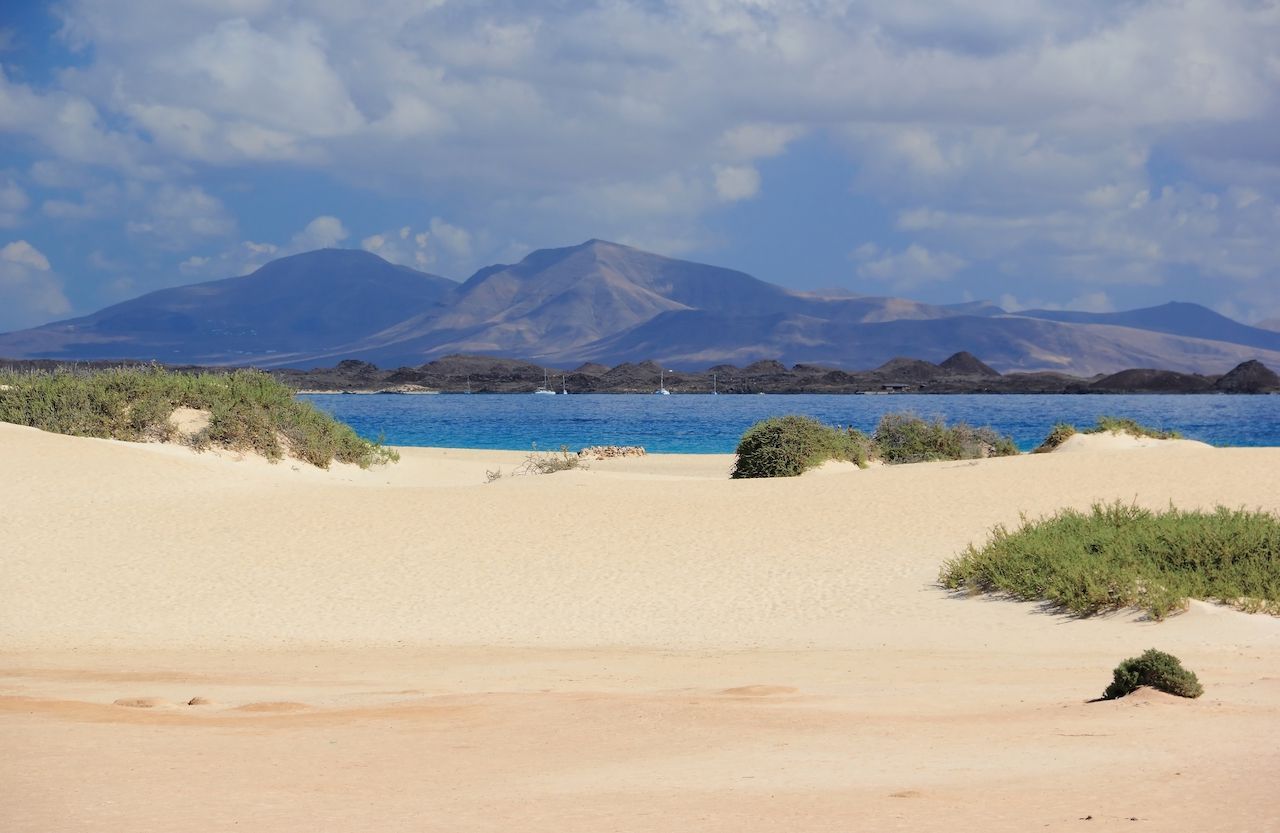 With nonstop flights from Madrid and other European cities to the Canary Islands for as little as $50, the Canaries are a great warm weather alternative to the Caribbean or Mexico. Each island has its own topography and distinctive style. You could choose Fuerteventura, which is great for water sports like surfing and windsurfing, and has lovely beaches, amazing sand dunes at Corralejo Natural Park, and even a water park.

Tenerife is home to the more luxe all-inclusive resorts set near stunning beaches, but it also has the massive 12,200-foot Mount Teide and fantastic hiking options. Lanzarote may be the most lowkey of the islands, with excellent hiking and surfing and the option to sleep in yurts during your stay. While Gran Canaria is where the cruise ships stop, the island’s south side does have sweeping sand dunes worth exploring. 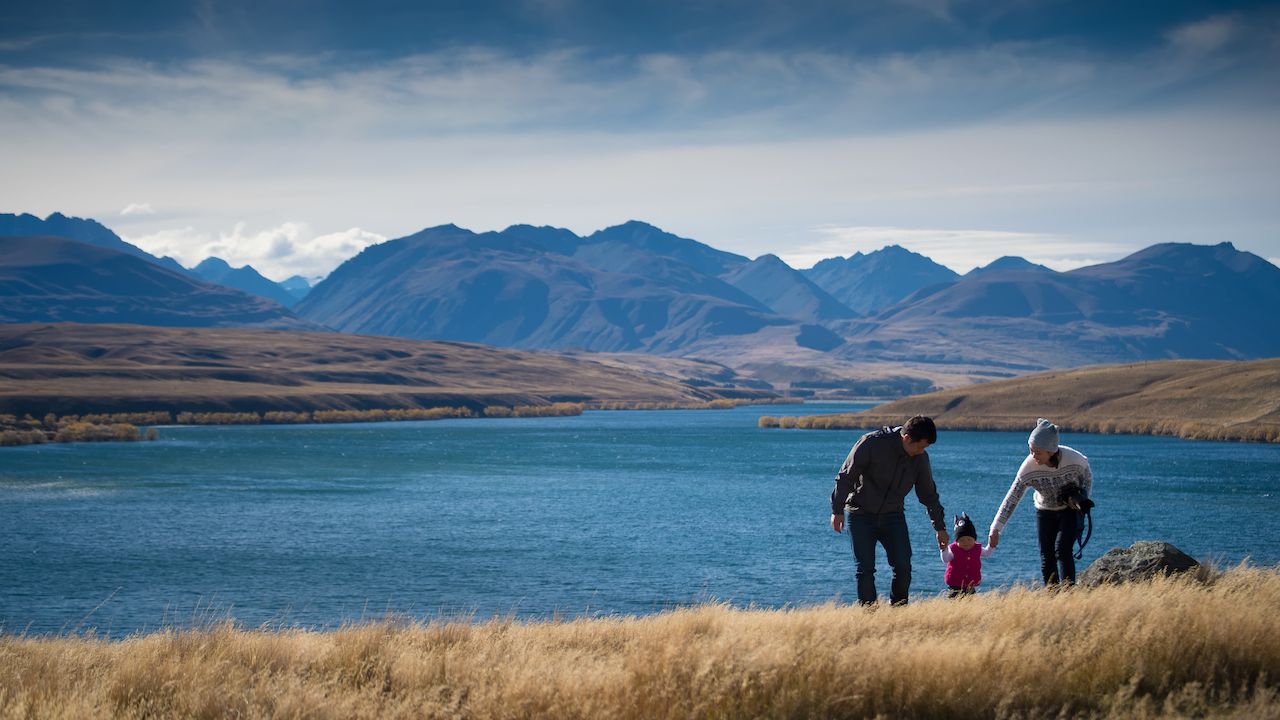 New Zealand may feel halfway around the world, but timezone wise, it’s only three hours behind the US’ West Coast (albeit a day later) — making for easy jet lag adjustment. In any case, it’s hard to feel tired when you’re outdoors kayaking and whale watching, hiking or caving in search of glow worms, horseback riding, skiing during your summer months, or admiring New Zealand’s incredible native fauna — including its incredibly unique and rare birds.

The country’s capital city, Wellington, is worthy destination in its own right, with great food and museums like the Weta Workshop, where you can see the creations of director Peter Jackson from his Lord of the Rings and Hobbit films. On the South Island, you can hike to glaciers or visit geothermal pools and, if depending on your kids, pursue more adrenaline-boosting activities like bungy jumping, zip lining, or rolling in a huge ball. 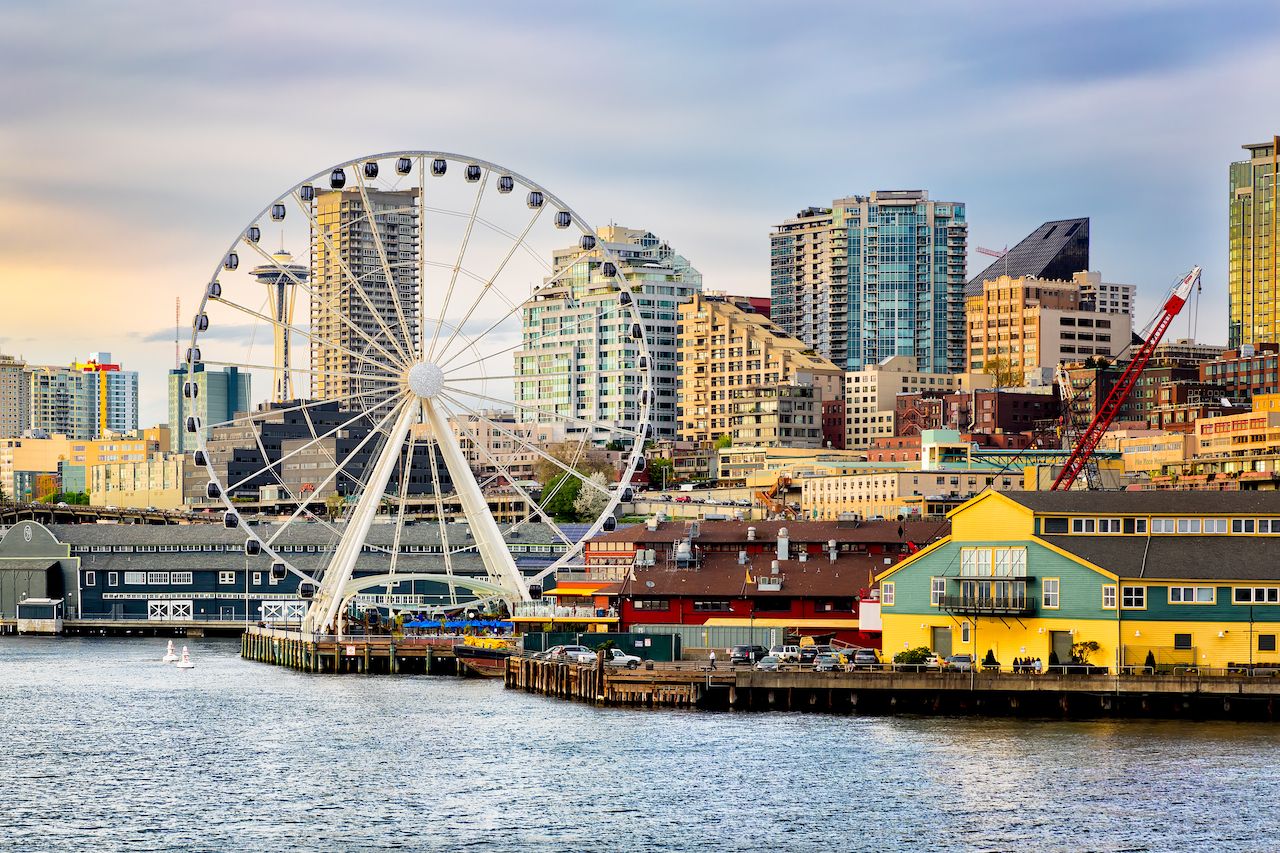 Almost any time of year is good for a Seattle visit, with the possible exception of those late winter to early spring months when the Pacific Northwest seems to bring one rainy day after another. Even then, though, most days also include a burst of sunshine, when clouds part to reveal the snowy Cascades mountain range as a backdrop to Seattle’s gleaming blue lakes and wooded shorelines. Even when it does rain, Seattle is packed with kid-friendly museums, such as the Museum of Pop Culture, where you can enter sound booths and learn to play a variety of instruments; a hands-on science museum; the Seattle Children’s Museum; and the Museum of Flight, which is filled with a century’s worth of airplanes.

You can head over to the new Amazon hub downtown and check out the crazy Amazon spheres; then go to Amazon Go at 2131 Seventh Avenue and experience a store of the future. It’s fun to watch fishmongers tossing salmon at the Pike Place Market, or to eat excellent fish and chips at Ivar’s fish bar. And when the sun does come out, you can rent a boat on Lake Union at the Center for Wooden Boats or drive to the Eastside, your jumping off point for beautiful hikes. 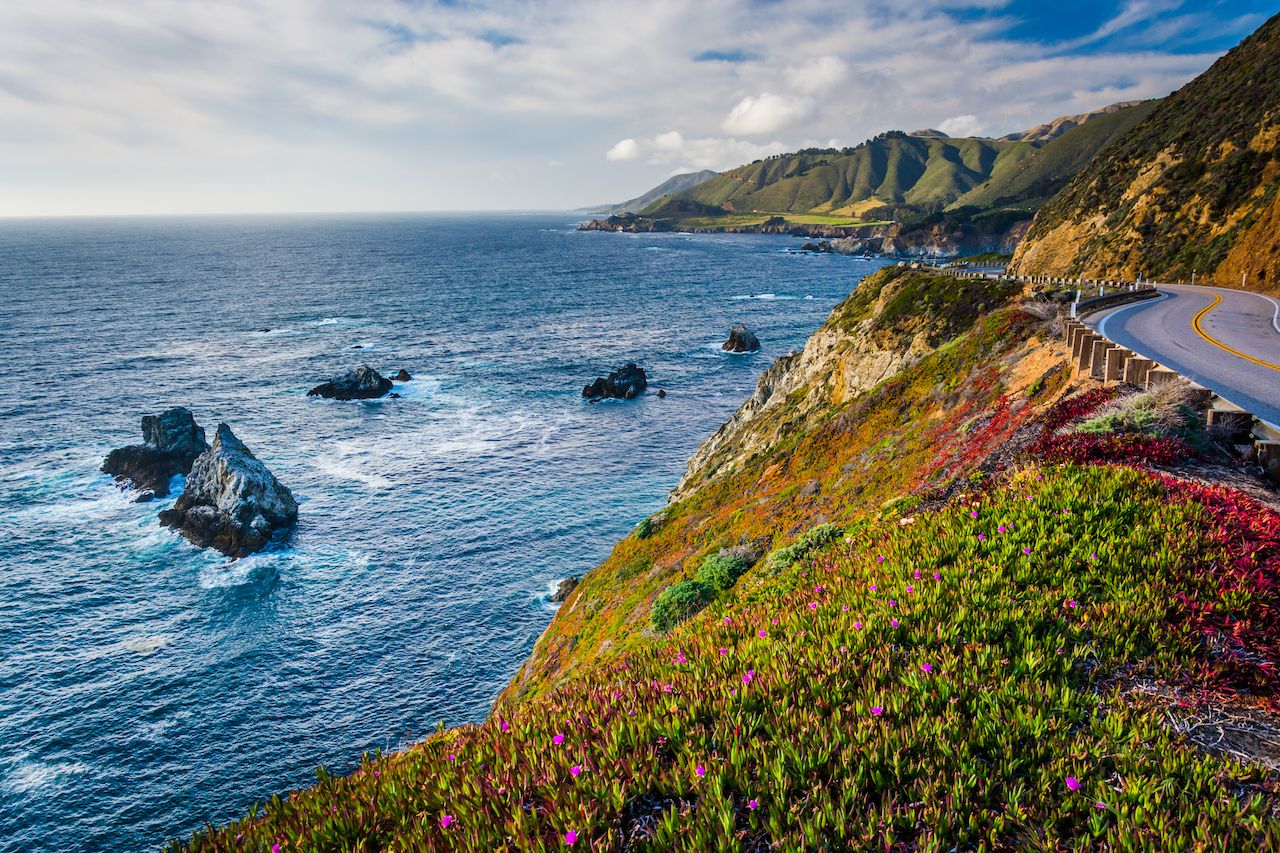 In July 2018, California’s Highway 1 near Big Sur reopened after a massive mudslide, and subsequent rebuild, closed it for more than a year. Now’s the time to head back to this spectacular corner of California, where sweeping cliffs plunge down to the Pacific Ocean, and forests of oaks, pines, and redwoods blanket the coastal range. The hiking is excellent in Big Sur, including two state parks that are as epic as national parks — Pfeiffer Big Sur and Julia Pfeiffer Burns — where you can explore a grove of coastal redwoods, many of which are 300 feet tall and over 2,500 years old.

The park is also excellent for spotting gray whales in December, January, March, and April. Once you’re inspired by the sightings of marine mammals, drive an hour north to visit the Monterey Bay Aquarium, possibly the best of its kind in the country. While Big Sur has lots of pricey inns intended for couples, the Big Sur Lodge is a more affordable option, and campgrounds abound. 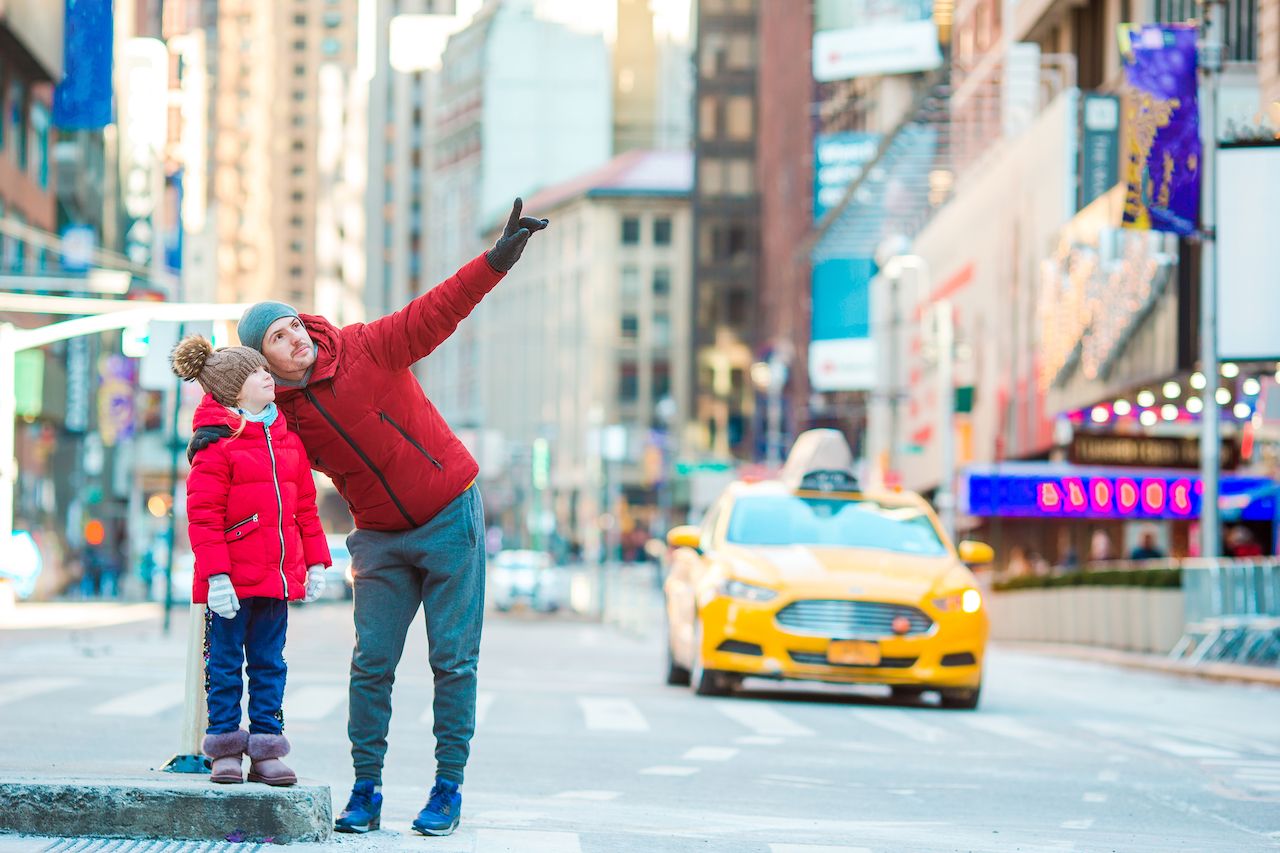 Anyone who has actually taken their kids to New York City will tell you, confidently, that NYC is an awesome place to enjoy with children. The energy is infectious, and kids can’t seem to get enough of it. There’s plenty of activities to keep them busy, such as walking the Highline, exploring Central Park, and heading up the Empire State Building (be sure to reserve in advance). The American Museum of Natural History, the Metropolitan Museum of Art, and even the Whitney Museum of American Art will convince kids that museums are pretty cool places to spend time. There’s also the American Girl Place, the wax museum, and even just the lights of Times Square are pretty exciting. If you’ve planned ahead, you can catch at show like The Lion King, Frozen, or Wicked. There’s no shortage of kid-friendly food, including a slice of pizza just about anywhere. For accommodations, places like the Freehand New York have interestingly styled rooms with bunk beds and other family-friendly configurations.