The people of Finland are repeatedly listed as the happiest in the world. And while the arctic winter wonderland beauty and fairy tale aesthetic no doubt has something to do with that in the winter, spend some time in Finland in the summer and you’ll really see why it’s so easy to be content here.

No one knows this as well as the locals. We caught up with Sakari Manninen, who brought one of his home country’s favorite beverages, long drink, to the United States with his brand The Finnish Long Drink that he cofounded with a group of friends. Made with gin, soda, and natural flavors, it’s the embodiment of easy summertime sipping. The original long drink was created during the 1952 Summer Olympic Games in Helsinki as a way to serve good drinks fast to the masses. Today, long drink is Finland’s top-selling liquor category. 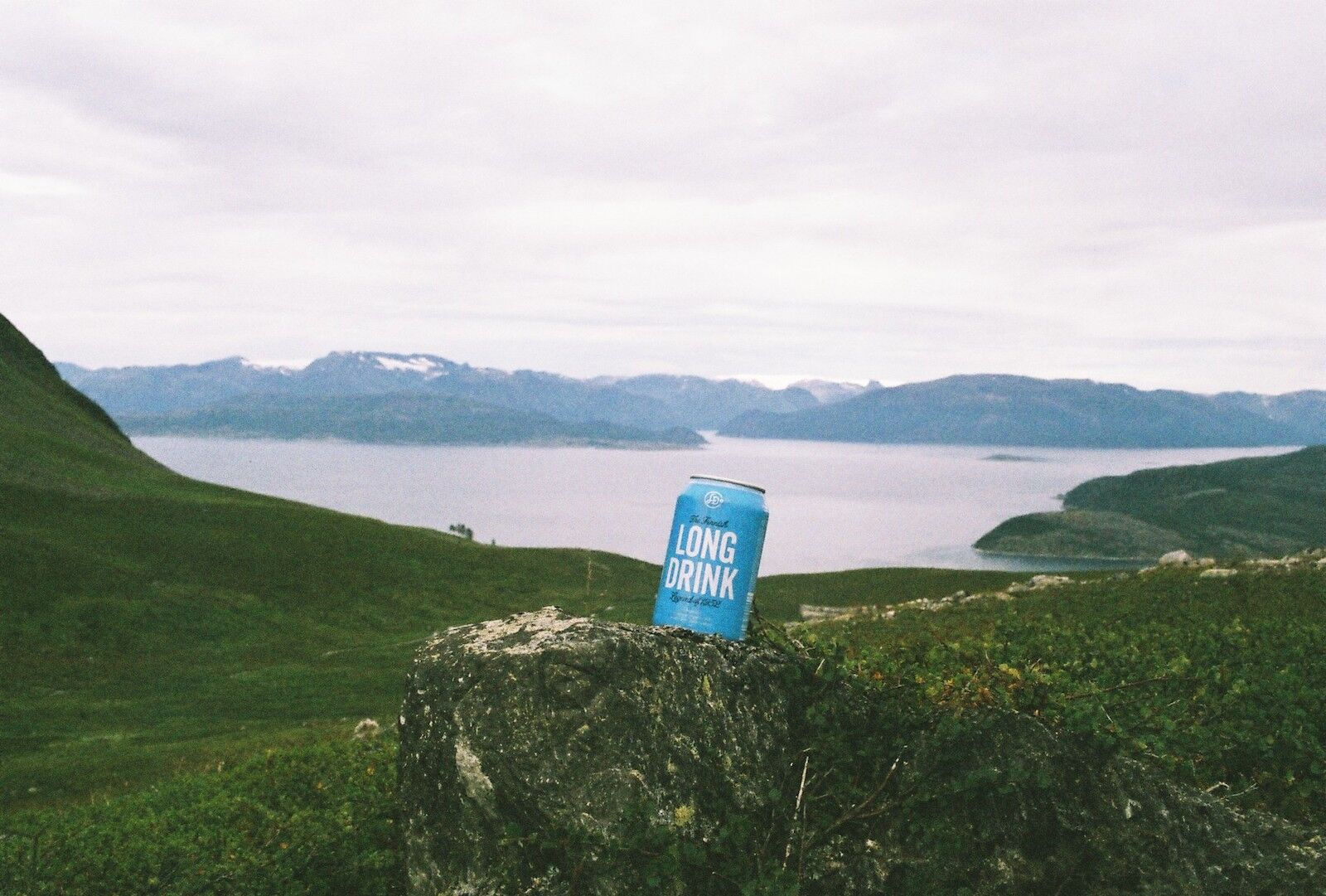 With a background in Finland’s signature summer serve, it’s safe to say that Manninen knows how to make the most of the warmer months. Here’s his guide on embracing summer in the land of the midnight sun.

Matador Network: Can you describe what Finland is like during the summer and what types of things people typically do in the warmer months?

Sakari Manninen: Finland wakes up when the weather warms up. Days are longer with the sun not setting at all for a couple of months in the north. Finns like to hit the parks for picnics, go swimming or boating or do any other water activity, go golfing or walking outdoors or just have a nice backyard barbecue. Soccer (football for us Europeans) is a big sport here too.

What are the top three cities or regions of Finland that people should see on their first summer trip to the country?

Finland is known for its beautiful archipelago and lakes. There are 188,000 lakes and nearly 180,000 islands in Finland and it is often called the “Land of a Thousand Lakes.” Needless to say that when visiting Finland in the summer, you should visit a cabin on a lake or at the sea. Every cabin would have a sauna next to the water, so you can try the authentic sauna-swim combination while enjoying an ice cold long drink.

What are your favorite places to go swimming during the months with midnight sun?

When I’m not swimming in the sea or a lake, I like to go to the Helsinki Swimming Stadium near the Olympic Stadium in Helsinki. It was opened in 1940 and used for the 1952 Summer Olympics. It’s a very popular spot on a nice summer day. However, if you want to swim during the night, you’d have to swim in the sea or a lake as the stadium closes for the night.

What are your favorite beaches in Finland to kick back with a long drink? 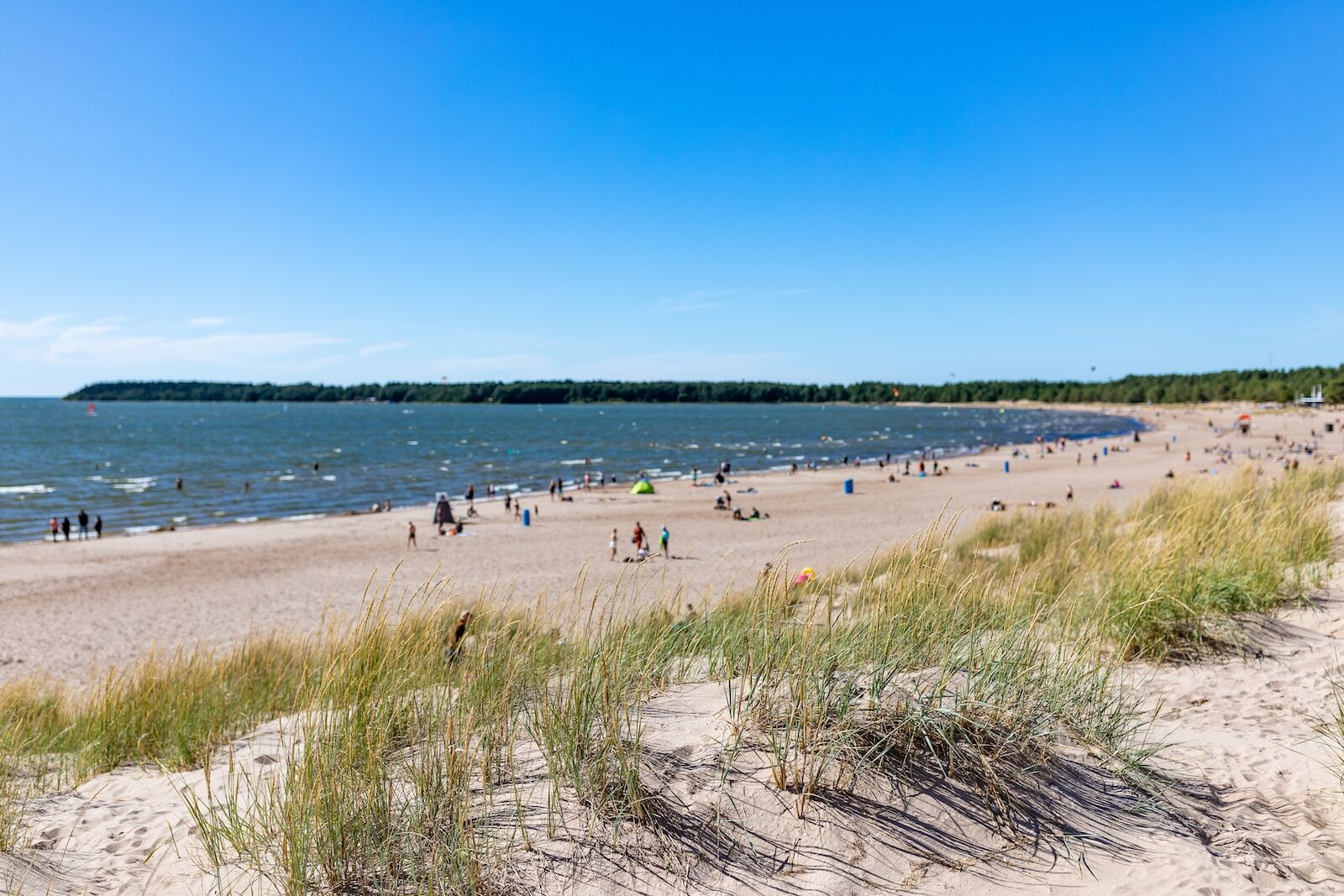 You’ll find a bunch of public beaches in Helsinki. If we look a bit further, one of my favorites is on the west coast in Pori, and it’s called Yyteri Beach. Another one is called Hanko in southern Finland — it’s about an hour and a half drive away from Helsinki and it’s sometimes referred to as the Montauk of Finland. It’s a trendy spot with a lot of nice restaurants right next to the water. All of them naturally serve long drinks. Oh and yes, you are allowed to drink in a park and on a beach in Finland.

What about food during the summer? Are there any specialties or things that people shouldn’t miss?

New (small) potatoes with dill, pickled herring, gravlax, smoked salmon, and rye bread. Those are some of the most traditional Finnish summer foods — so delicious. You’ll find a lot of restaurants in the Finnish cities that serve those dishes during the summer.

What are your favorite summer things to do in Helsinki?

I like playing tennis at some of the outdoor courts in Helsinki. Also just biking or walking around the city on a nice summer day is great, there’s so many more people around. You can stop at any of the hundreds of restaurants/bars with a terrace for an ice cold long drink and some tasty snacks.

What are some of your favorite saunas to visit in Finland?

The one at my family’s cottage and the one at my grandfather’s old summer place. So many memories at both. After those, the sauna on Lonna Island right in front of Helsinki is an awesome public sauna with great views. You can get there by using a Nordic boat ride app called Bout, or take a ferry from the Market Square (Kauppatori). 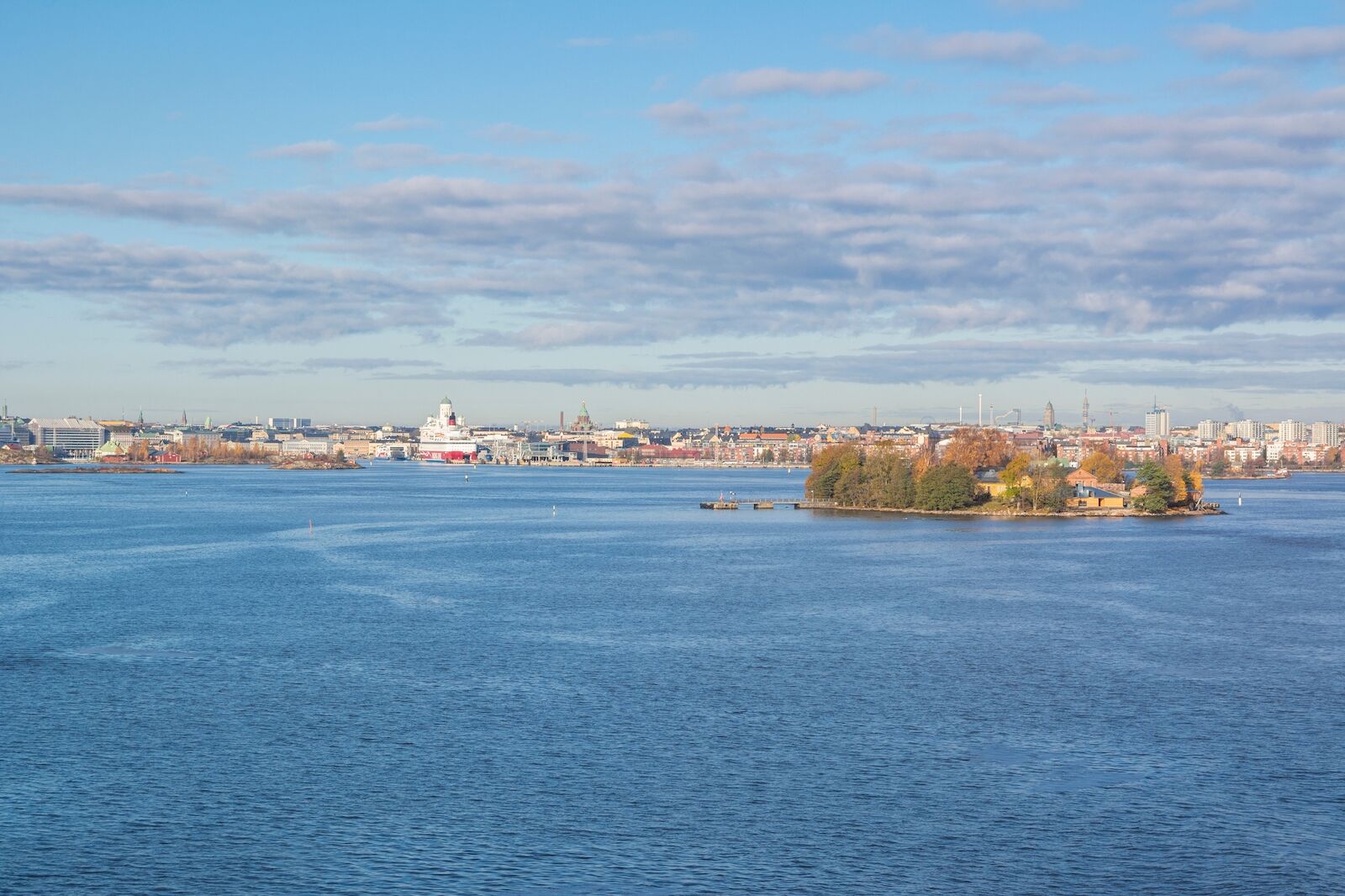 Do you have any favorite biking trails to do in the summer?

My favorite one is the biking route that goes from the center of Helsinki to Espoo and back. It’s about 12 miles long. It goes around the bay between Helsinki and Espoo, so the views are awesome throughout the route. (Here is a link to the map.)

What summer events should people mark on their calendars before planning a trip to Finland?

Midsummer is the biggest celebration of the summer in Finland and the whole Nordics. It’s a celebration for the summer solstice. What’s funny about it is that Helsinki loses probably more than half of its population for that long weekend at the end of June, as everyone heads to their summer places. Many restaurants will also be closed during Midsummer, so unless you have access to a summer place, I’d avoid visiting Helsinki during that time.

Books5 Real Places You Can Go That Inspired the World’s Most Famous Fairy Tales
Tagged
Beaches and Islands Travel Finland Helsinki, Finland
What did you think of this story?
Meh
Good
Awesome