The US banned the sale and consumption of alcohol from 1920 to 1933. Prohibition inspired — among many, many other things — speakeasies where illegal alcohol was sold. Now, 85 years after the end of Prohibition, a cannabis company is piggybacking on the popularity that speakeasies still have. The first “cannabis speakeasy” is opening in Las Vegas on December 10th.

Every state in the country has a speakeasy-style bar, but Nevada is the only state to cannabize it. The bar is called Dana’s Place, and it’s located in the Las Vegas ReLeaf dispensary and operated by Cannabiniers, a company that manages a number of cannabis brands. Dana’s Place serves Cannabiniers’ brands, which includes Two Roots Brewing (the first cannabis beer), Just Society (weed-infused coffee and tea), and BASKiN CBD creams. There’s only one catch: Thanks to Nevada’s laws regulating where you can consume legal recreational marijuana, none of the goods sold in the speakeasy have any THC in them.

The Nevada state government lays out the rules on where people can smoke, eat, vape, or consume cannabis in any way invented or yet to be invented. The first rule is that you can’t use marijuana in a public space, and the second is that you can’t use it in a moving vehicle. “Essentially,” the government explains on its cannabis website, “this means it can only be consumed on private property (at home, for example), and as long as the property owner has not prohibited it.”

Banning use in any “public space” is pretty broad — especially for visitors who don’t have a home to hide out in. Which leaves anyone who wants to taste the goods before committing to a purchase (as well as every person who wants to sell those goods) in a bit of a pickle. It also means Dana’s Place sticks to the rules just like every other “speakeasy” bar serving up legal alcoholic beverages today.

“The speakeasy style of the bar is especially fitting for the cannabis industry, as cannabis continues to come out of the shadows and enter into the mainstream space,” Kevin Love, the director of product development at Cannabiniers, told Matador Network. He added that people can still sample “non-infused versions of products,” and that the bar and a budtender give Dana’s Place “a very bar-esque feeling.” 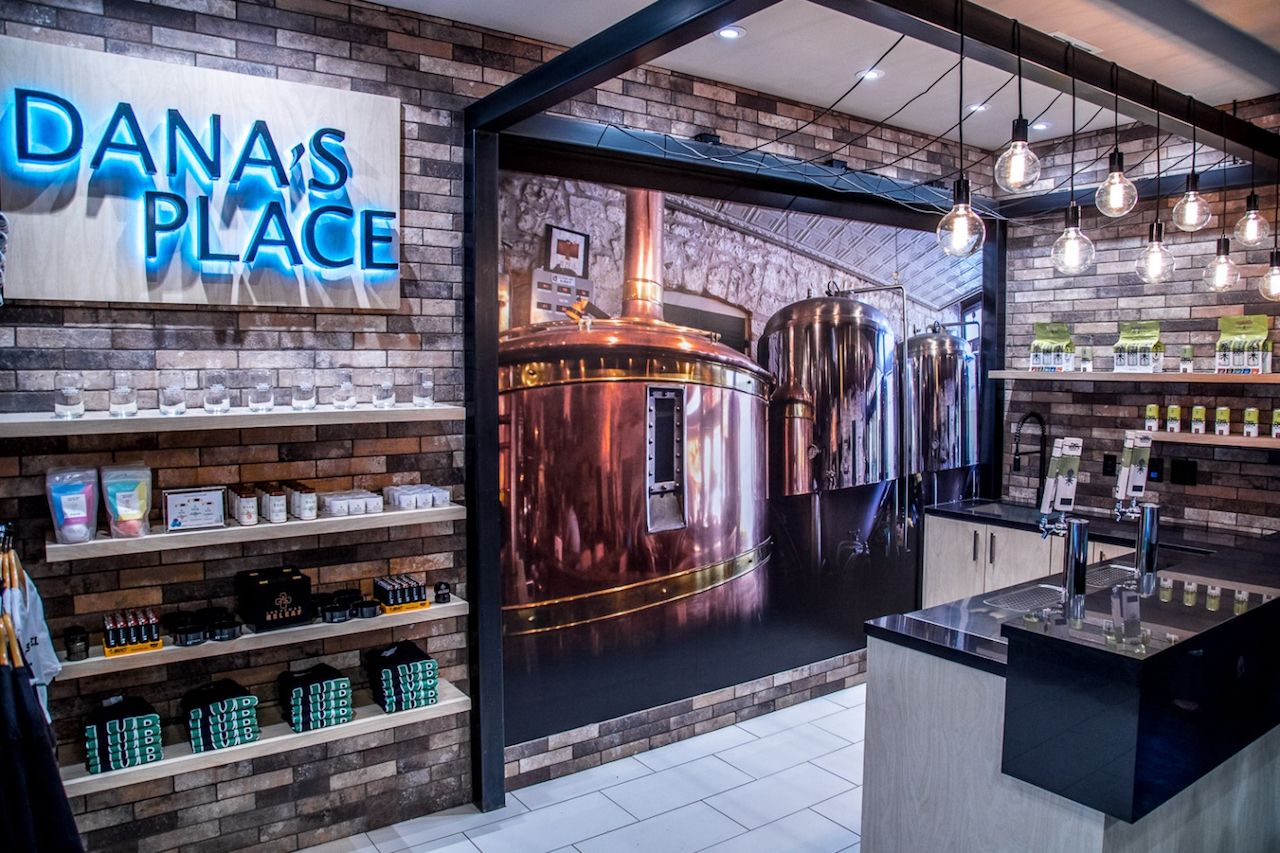 Missing out on the full experience is a bit of a buzzkill, but it’s still a step in the right direction for people interested in learning more about what the US cannabis market looks like. At the very least, it’s a better way to learn about cannabis than true speakeasies were places to learn about alcohol. Dana’s Place is all about “taking the pressure off purchasing cannabis for the first time,” Love said.

Navigating the wild and varied world of legal cannabis in the US can be difficult. Washington, DC and each of the 10 states that allow recreational marijuana all have different rules regarding how much you can buy and where you can consume. In some ways, the states are still a better place to light up than Canada, but we’ve still got some kinks to work out.

This is the first in a series of planned Cannabiniers speakeasy bars in the works. The Vegas location, which is named after the Cannabiniers co-founder Ed Bernstein’s late daughter Dana, is a flagship of sorts located just 500 feet off the Strip.

For now, it’s just as hard to find a place to consume your legally purchased marijuana in Nevada as it has been since the state legalized recreational cannabis in 2017. But just like how faux speakeasies in the early 2010s made everyone better understand classic cocktails, maybe cannabis speakeasies can help people understand weed.

CannabisEverything To Know Before Going To a State With Recreational Marijuana
Tagged
Cannabis Las Vegas, NV, United States
What did you think of this story?
Meh
Good
Awesome