A whiskey guy staying in a tequila hotel sounds like the premise of a really bad joke, rather than a recipe for a good vacation. That’s certainly what I thought when I was invited to stay at El Tequileño’s new Casa Salles Hotel Boutique in Tequila, Mexico, which is billed as the world’s first “tequila hotel.” Located directly adjacent to El Tequileño’s distillery, the hotel is a siren call for tequila lovers that offers a no-brainer base to explore the birthplace of one of humanity’s favorite spirits.

However, before embarking on my trip, me traveling to the ancestral home of tequila to stay in a tequila hotel is like the guy from the “Most Interesting Man in the World” commercials staying at a Bud Light hotel, or the Flintstones doing cereal promotion for Fruit Loops. Whiskey has always been my drink of choice. But the best way to tackle the unknown — or, for me, overcome complete and utter ignorance — is to dive into the deep end. In this case, that meant traveling to the birthplace of tequila, staying at a tequila hotel, and coming to terms with exactly how little I know about Mexico’s national spirit.

Luckily, Casa Salles was the perfect place to get my feet wet.

Casa Salles is a “tequila hotel” in the sense that it’s right next to a distillery and offers a restaurant menu designed to pair well with your favorite spirit. It’s also in a spot that makes it easy to explore the region of Tequila itself, from the famous batanga cocktails at La Capilla to waterfalls and agave field horse rides. Casa Salles opened in 2019 on land that had been used by the Salles family, the creators of El Tequileño, for decades as a celebration site. The hotel is elegant, understated, and, most importantly, accessible to both tequila pros and amateurs like me.

You probably didn’t come all the way to Tequila, Mexico to spend most of the trip at the hotel, but at Casa Salles it wouldn’t be a mistake. The hotel’s restaurant, Mango Cocina de Origen, is not only the keystone of Casa Salles but also a staple of the Tequila community — as evidenced by the locals who frequent the restaurant on a nightly basis.

Mango Cocina de Origen describes its menu as a “celebration of regional Mexican cuisine that incorporates innovative and inspirational influences along with touches of international content.” There’s also a bar offering a full selection of El Tequileño tequila and creative cocktails. Dishes range from burgers and duck carnitas to grilled octopus and San Blas oysters — even though Tequila isn’t on the water, the seafood might be the best part.

If you’re like me and can’t make a decision to save your life, try the five-course tasting menu. The restaurant pairs each of the courses with the appropriate tequila for the best dining and drinking experience. I never thought I’d utter Alaska King Crab and tequila platinum in the same sentence, but apparently I’ve been missing out. 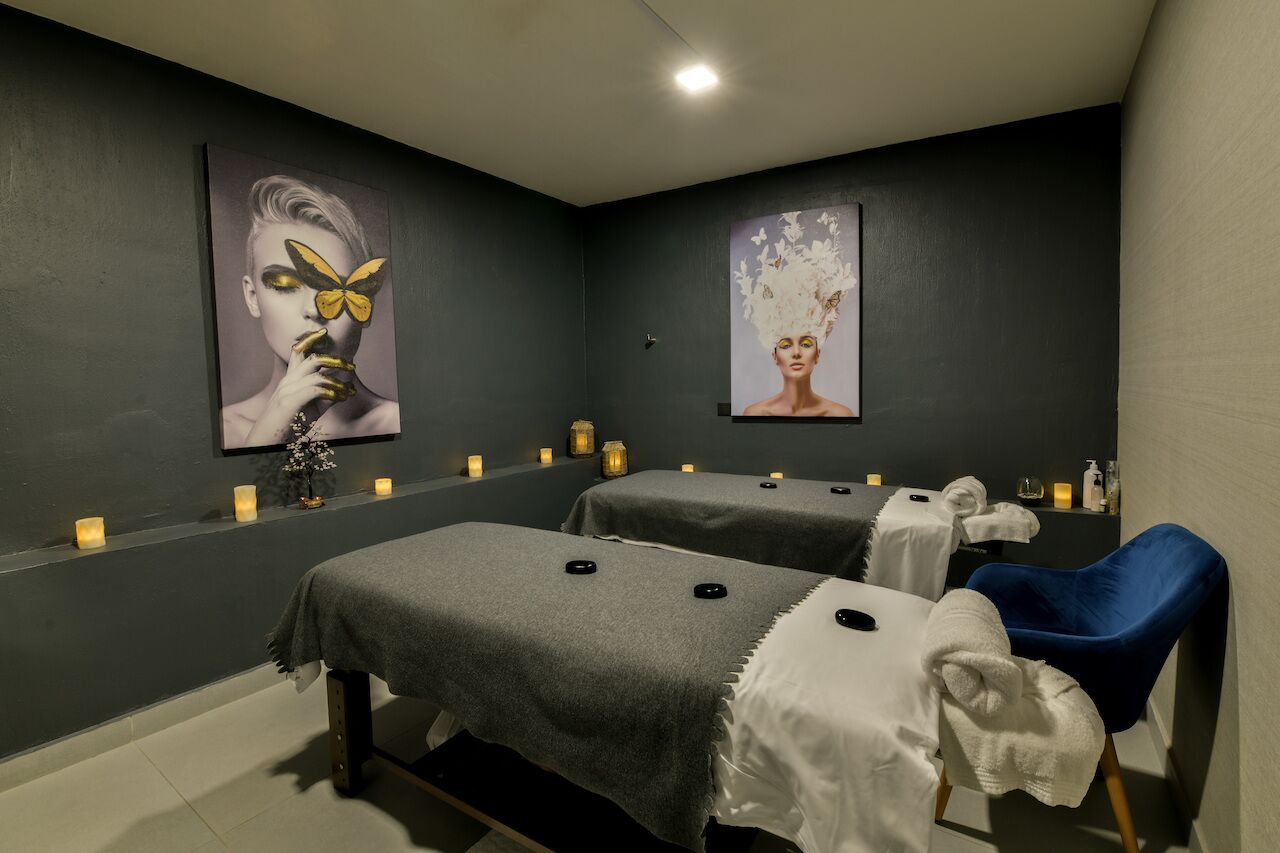 The hotel’s other defining draw is its Reposado Spa, which offers a range of massages and facials. These massages are no joke. Whether you’re twelve cocktails deep, nursing a hangover, or (like me) frantically trying to memorize the difference between the various styles of tequila, you’ll be in good hands with the masseurs here.

The hotel is owned by El Tequileño, a brand that describes itself as “Mexico’s best kept secret,” though it won’t be a secret by the end of your stay.

Founded in 1959 by Don Jorge Salles Cuervo, El Tequileño was named in honor of the people of Tequila. Now, his grandson Jorge Antonio Salles oversees the distillery as master distiller, and you’ll find Antonio (or “Tony”) is always around the hotel property giving distillery tours, leading tastings, or simply grabbing a bite at the restaurant. 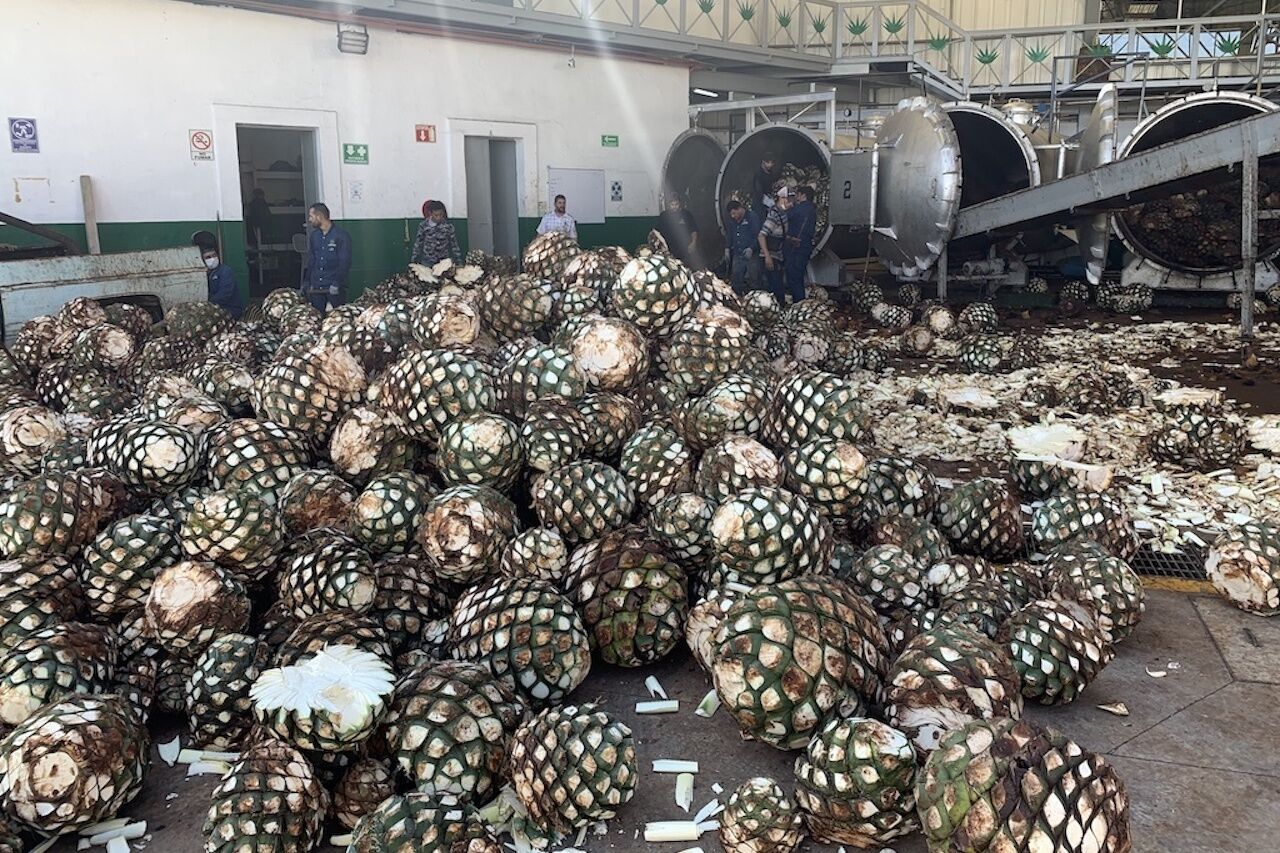 El Tequileño is one of just eight tequila brands made exclusively at its own distillery. Indeed, the proximity of the hotel to the La Guarreña distillery — about twenty steps — creates a special fusion of hospitality and spirits. You can smell the agave being chopped and distilled from the hallways of Casa Salles, and almost taste it while you’re lounging by the pool. Distillery tours, often led by the master distiller himself, provide the chance to learn all about the process of making tequila, from growing blue Weber agave to distillation. You’ll also get to take a guided tasting tour of the brand’s most popular tequilas, which by the end, made even me feel like an expert.

While Big Tequila certainly has a foothold in town — the Jose Cuervo and Sauza distilleries are just down the road — El Tequileño has firmly established itself as a local favorite. And in the heart of tequila country, that means a lot.

How to stay at Casa Salles, the first tequila hotel in Tequila, Mexico

If you’re already a tequila aficionado, staying at the world’s first tequila hotel in the heart of Tequila should be a bucket list experience. If you’re not, you might as well learn about the spirit at the home of “Mexico’s best kept secret.”

Don’t expect a kitschy pop-up museum experience catering to a bachelorette party crowd, but rather an upscale property, a restaurant with an elevated take on traditional dishes, classic amenities like a spa and pool, and a convenient location that’s both next to a distillery and just few minutes walk from the center of town. Rates start around $180 per night.

HikingHow To Find Drinks, Volcanoes, and Waterfalls in the Tequila Capital of Mexico
Tagged
Spirits + Cocktails Epic Stays
What did you think of this story?
Meh
Good
Awesome

How To Find Drinks, Volcanoes, and Waterfalls in the Tequila Capital of Mexico