For most people, the idea of wild horses conjures up images of proud mustangs galloping across the American prairie. Yet the last truly wild horses disappeared from North America at the end of the last ice age, about 12,000 years ago. In fact, there are no wild horses left in the world today. The American mustangs, the Australian brumbies, and even the Przewalski’s horse of the Mongolian steppe are the descendants of the domesticated horse.

Experts believe that horses were domesticated around 3500 BC in the Eurasian steppes, a vast temperate region of grasslands and savannas stretching from modern-day Bulgaria to Mongolia. As people traveled and traded across the world, they took their pack animals with them. Over the years, some horses escaped and formed feral herds, from which all today’s free-ranging horses have originated.

But while these horses are not truly wild in biological terms, they are certainly wild in attitude. And for many of us, they embody the essence of freedom. Today, free-ranging horses can be found on every continent except Antarctica. Here are the best places to see them in the wild.

Horses first returned to the Americas with the Spanish. Famous Conquistador Hernán Cortès, for example, brought enough horses by 1525 to start a breeding colony in Mexico. These domestic Iberian horses became the founders of America’s mustangs.

Today, free-roaming horses are protected by law in the United States as the “living symbols of the historic and pioneer spirit of the West.” 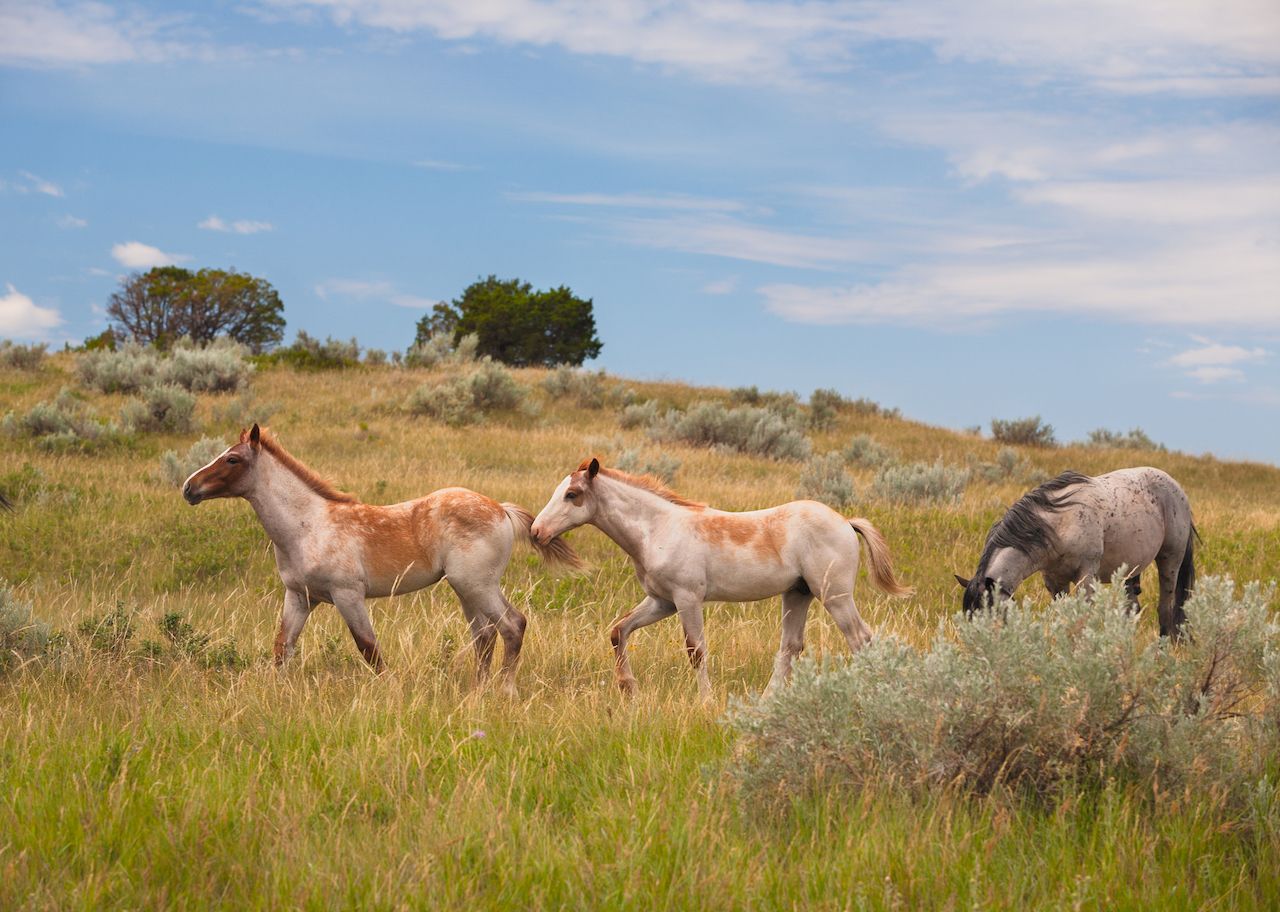 Lying at the meeting point of the Great Plains and the Badlands, Theodore Roosevelt National Park in North Dakota is one of the best places to see free-roaming horses in America. In summer, they can be seen grazing throughout the park. You can even spot them from Interstate 94, which travels along the park’s boundary. 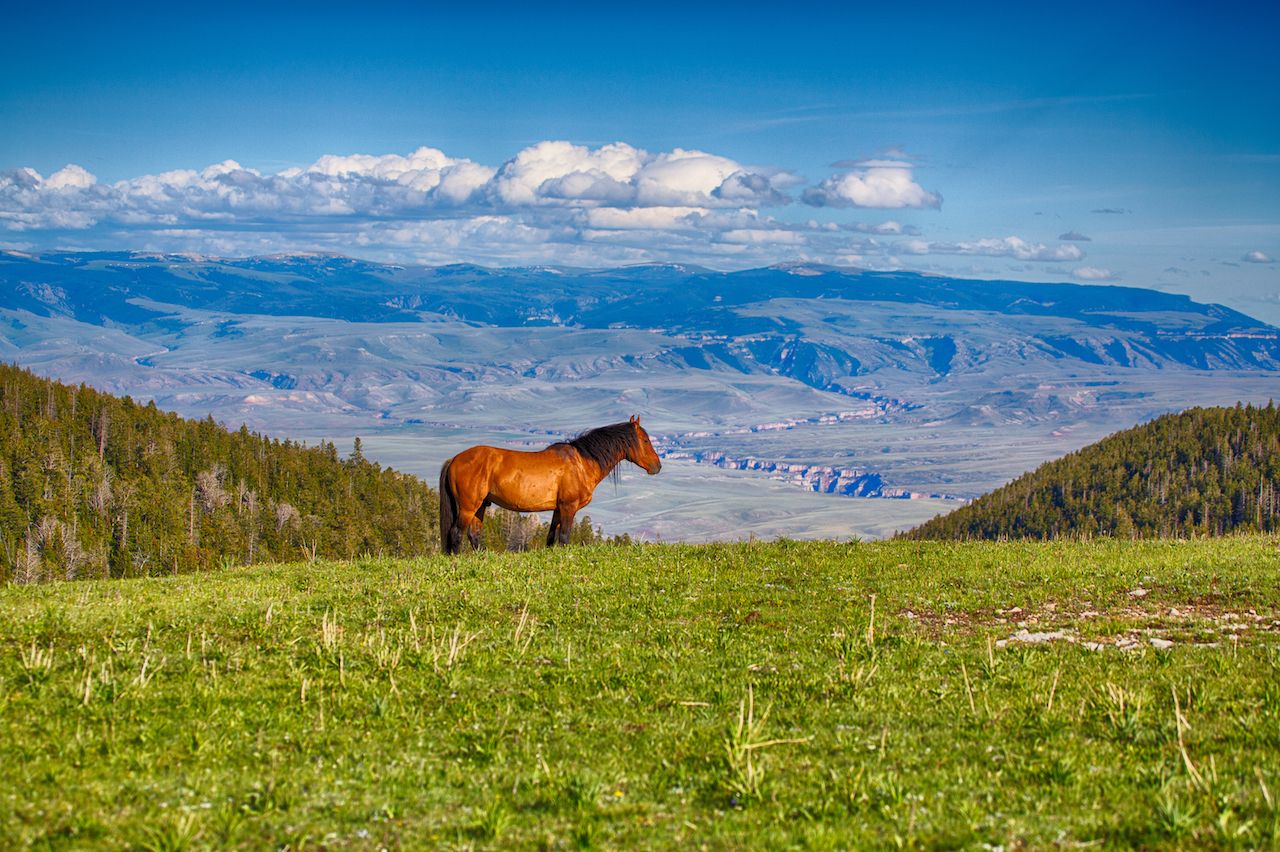 The Pryor Mountains are home to Montana’s one and only mustang herd. The horses are relatively easy to find on the East Pryor Mountain and in the desert lowlands. For the best chance of spotting them, keep your eyes peeled while driving along Highway 37 in Bighorn Canyon National Recreation Area. 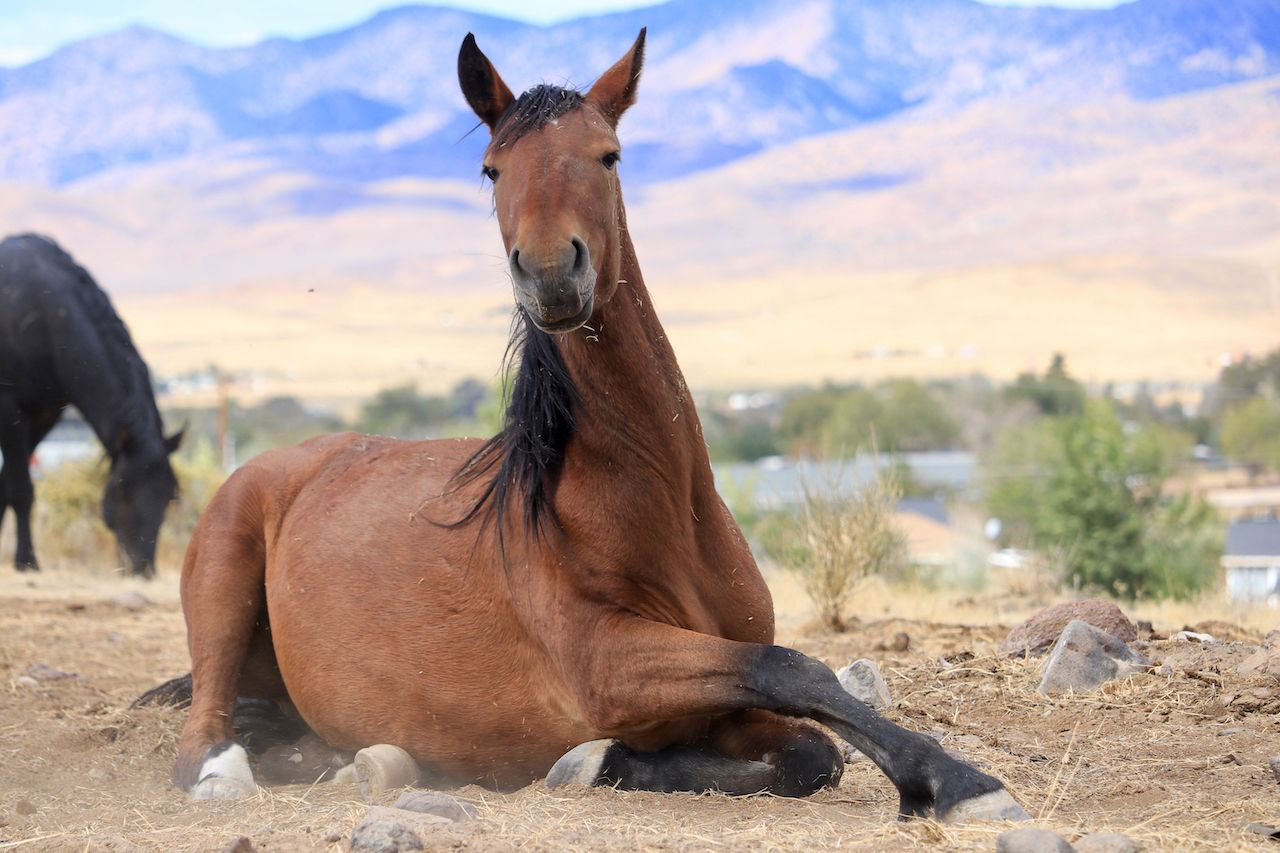 Some of the first horses to be protected in the United States by the Wild Free-Roaming Horses and Burros Act are the free-ranging horses of Virginia Range in Nevada. The best places to spot them are the watering holes east of Reno. If you are driving through the area, keep an eye out for the horses along Route 341. 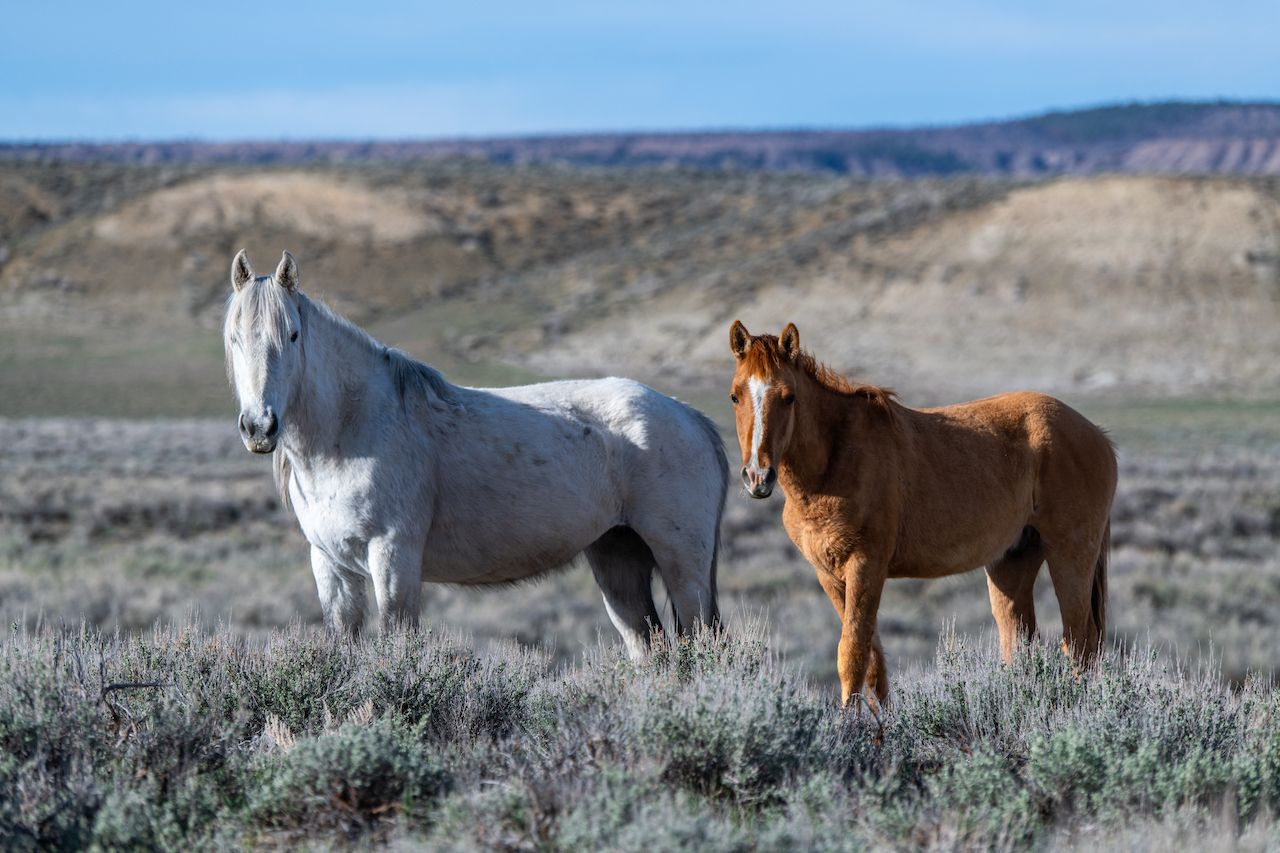 Between 80 and 150 horses live among the 36,000 acres of plateaus and canyons in Little Book Cliffs in Colorado. The best way to find them is by hiking or horseback riding through the rugged terrain. In summer months, look for them in the Indian Park and North Soda area, and in winter, check out the Coal Canyon and the Main Canyon. 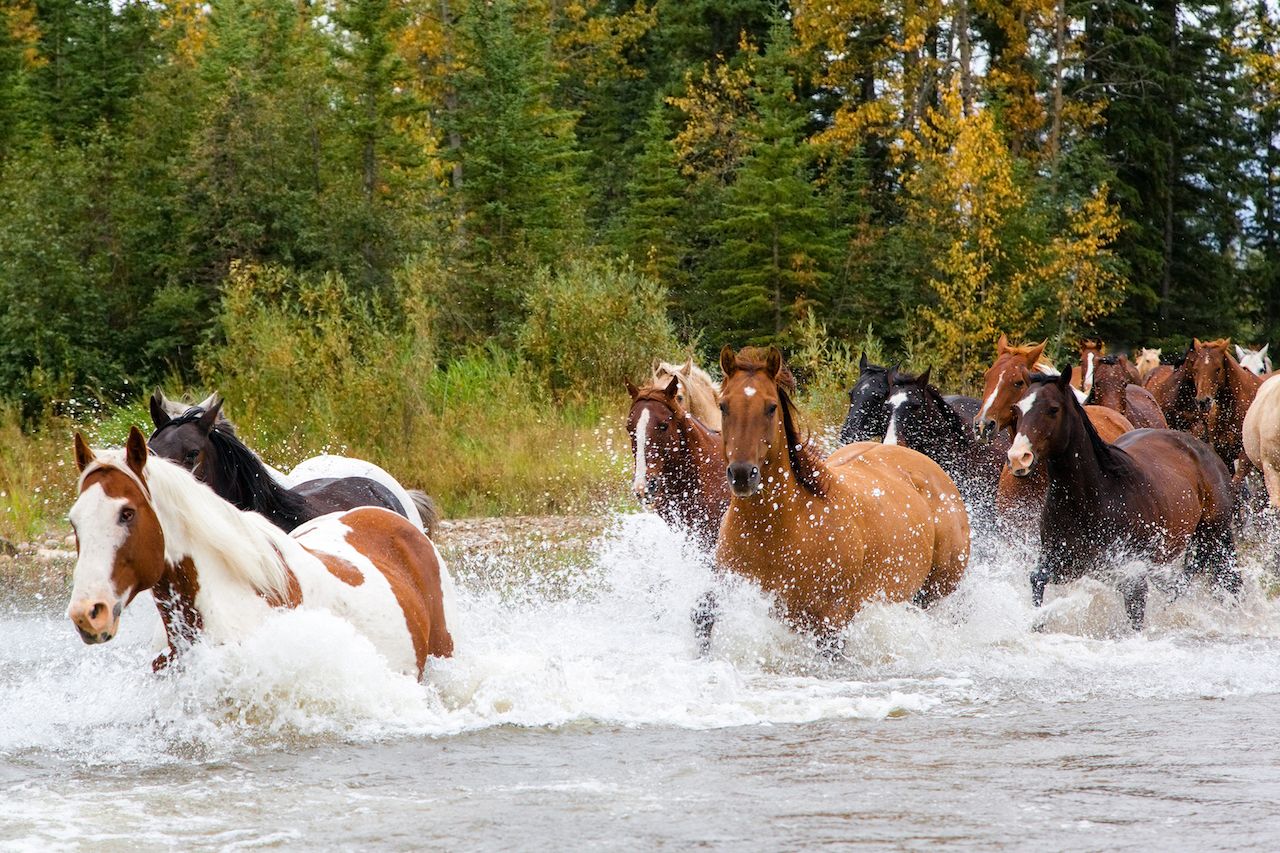 Across the border in Canada, free-ranging horses can be found in the Rocky Mountains in Alberta. Known as “wildies,” these horses range over 304 square miles of the Sundre Equine Zone on the eastern slopes of the mountains.

Romanticized by novels and movies, the brumby, as the free-ranging horse is known in Australia, is a contentious issue for the government, the wildlife conservationalists, and the Australian public. Like the mustang, the brumby originated from domestic horses brought to Australia by the European settlers. But in the absence of natural predators and other large grazing animals to compete with, brumby population grew unchecked. Today, Australia is home to the world’s largest population of free-ranging horses, numbering at least one million.

However, Australian ecosystems didn’t evolve with large, hard-hoofed animals, and large mobs of feral horses cause significant environmental damage by compacting soils, degrading water sources, and destroying delicate vegetation communities that are home to several threatened native species. The challenge for Australian National Parks is to find the balance between the heritage value of the horses and the damage they cause to the environment. 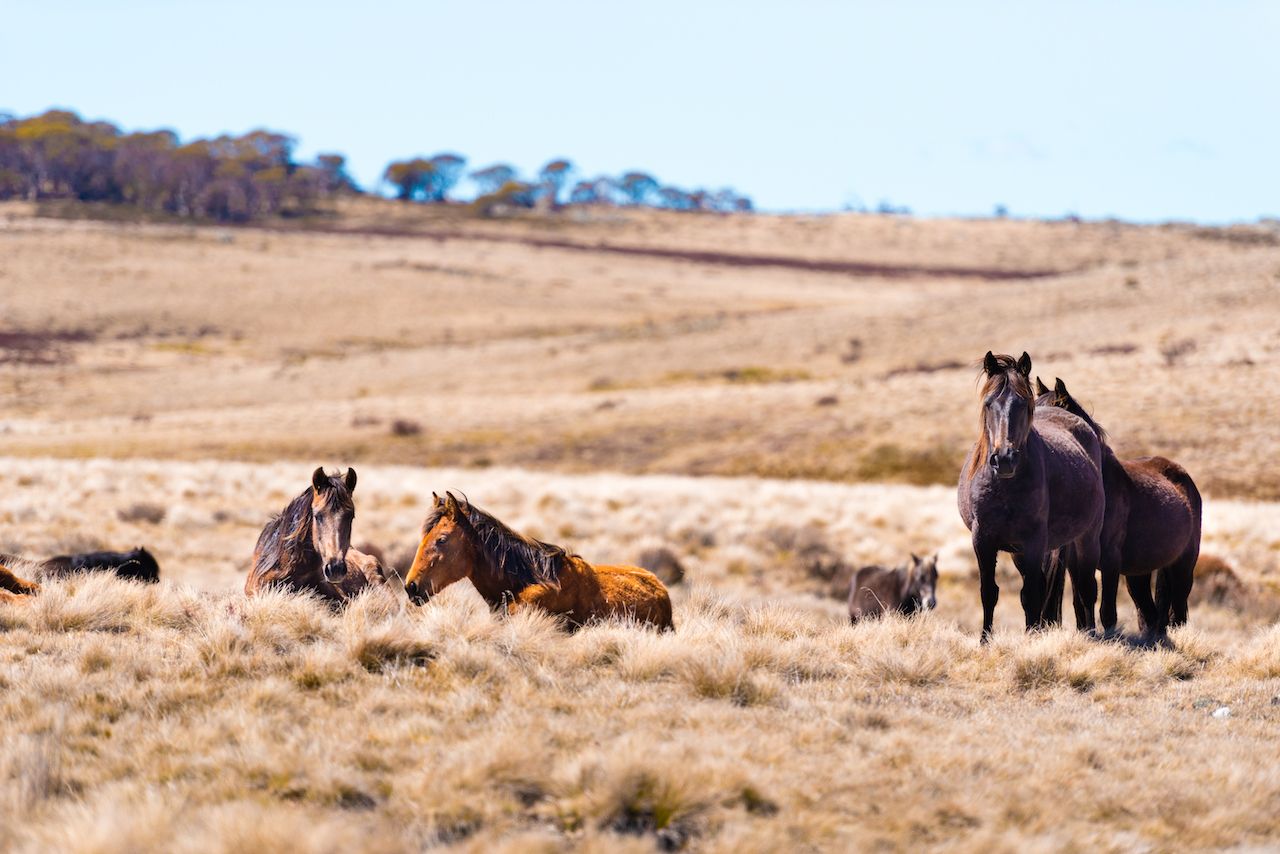 Kosciuszko brumbies are Australia’s most famous free-ranging horses, thanks to the Australian cinematography classic The Man from Snowy River. The alpine wilderness of Kosciuszko National Park is home to anywhere between 4,000 and 8,000 horses that can be seen grazing throughout the park.

The brumbies living among the rugged river gorges and forested valleys of Guy Fawkes River National Park are the direct descendants of Australia’s wartime cavalry horses. The park has several hiking trails that provide a good opportunity for spotting the brumbies, especially from the higher viewpoints. 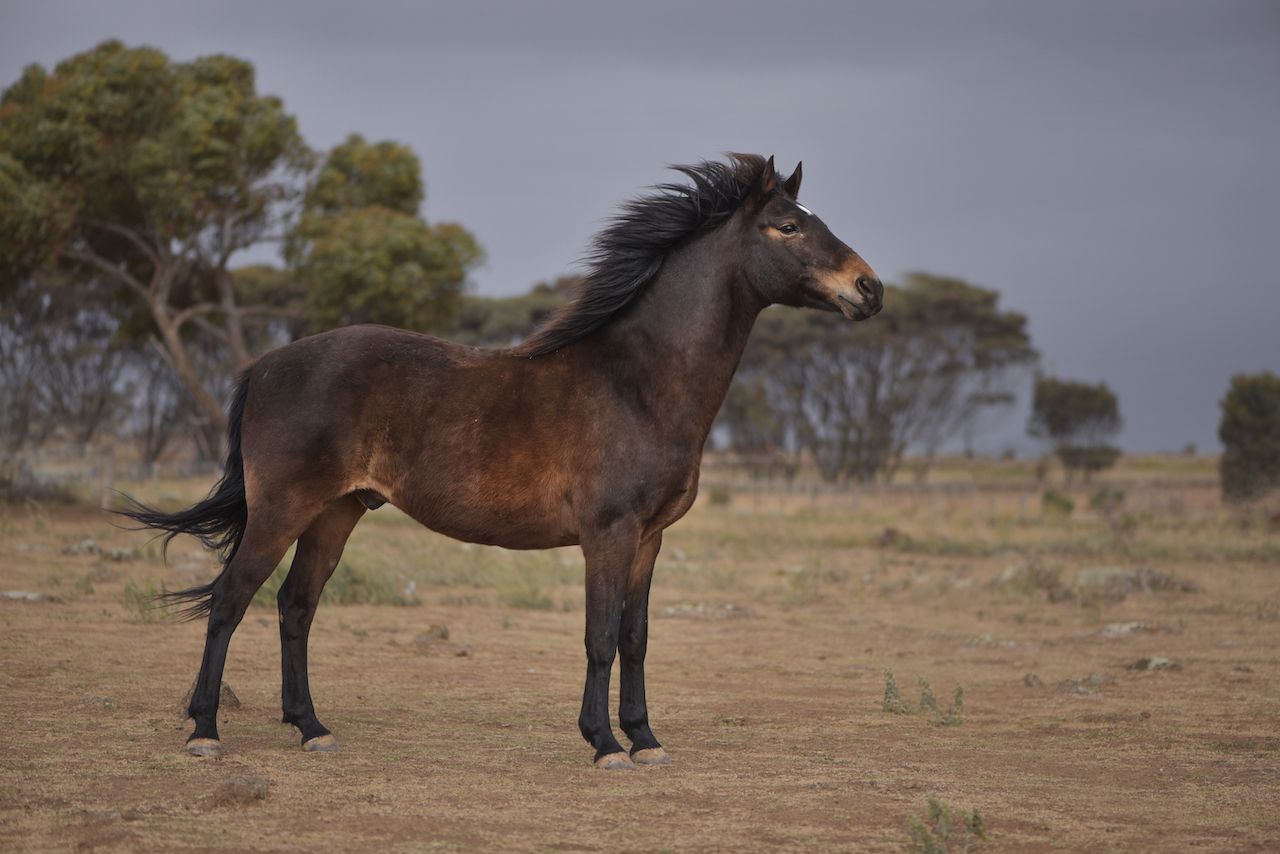 One of the most unusual environments to see horses in Australia is the arid Outback. Yet Australia’s Northern Territory is home to the largest population of free-ranging horses on the continent, numbering between 15,000 and 30,000 animals. They can be seen throughout the state, including the West MacDonnell Ranges in Central Australia.

In stark contrast to Australia, free-ranging horses are welcomed in Europe. The last naturally occurring populations of free-ranging primitive European horse are found in Portugal, where they are protected by law despite the uncertainty of their origins.

In recent years, captive-bred Konik horses have been reintroduced in many European countries as part of Rewilding Europe initiative. The Konik horse, also known as the Polish primitive horse, looks more like an ancient cave painting than a modern-day thoroughbred. It is a short, stocky animal with a small head and thick mane, close in appearance to the Tarpan, the extinct native wild horse of the Eurasian steppes. 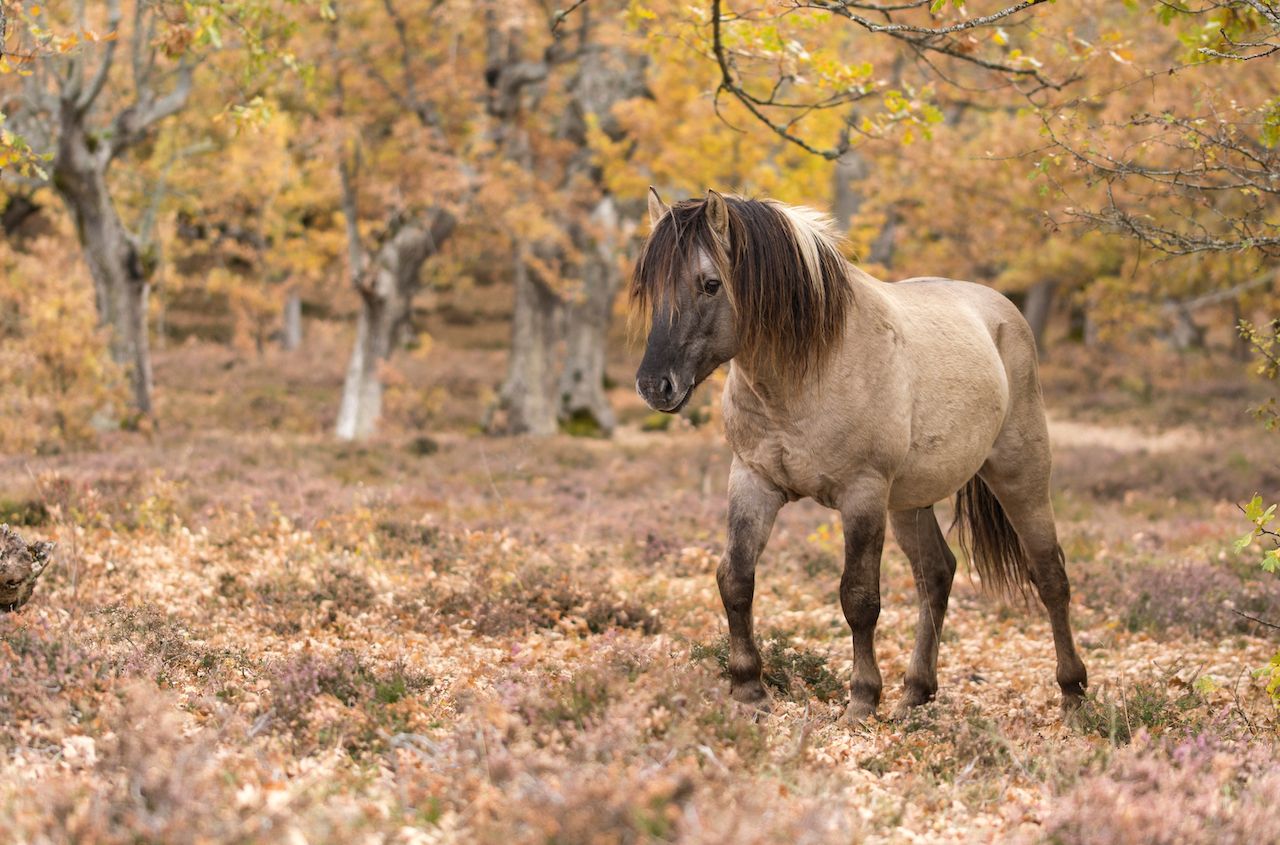 Poland is the birthplace of the Konik captive breeding program. Reintroduced Koniks currently live in a nature reserve in Popielno and at Roztocze National Park. 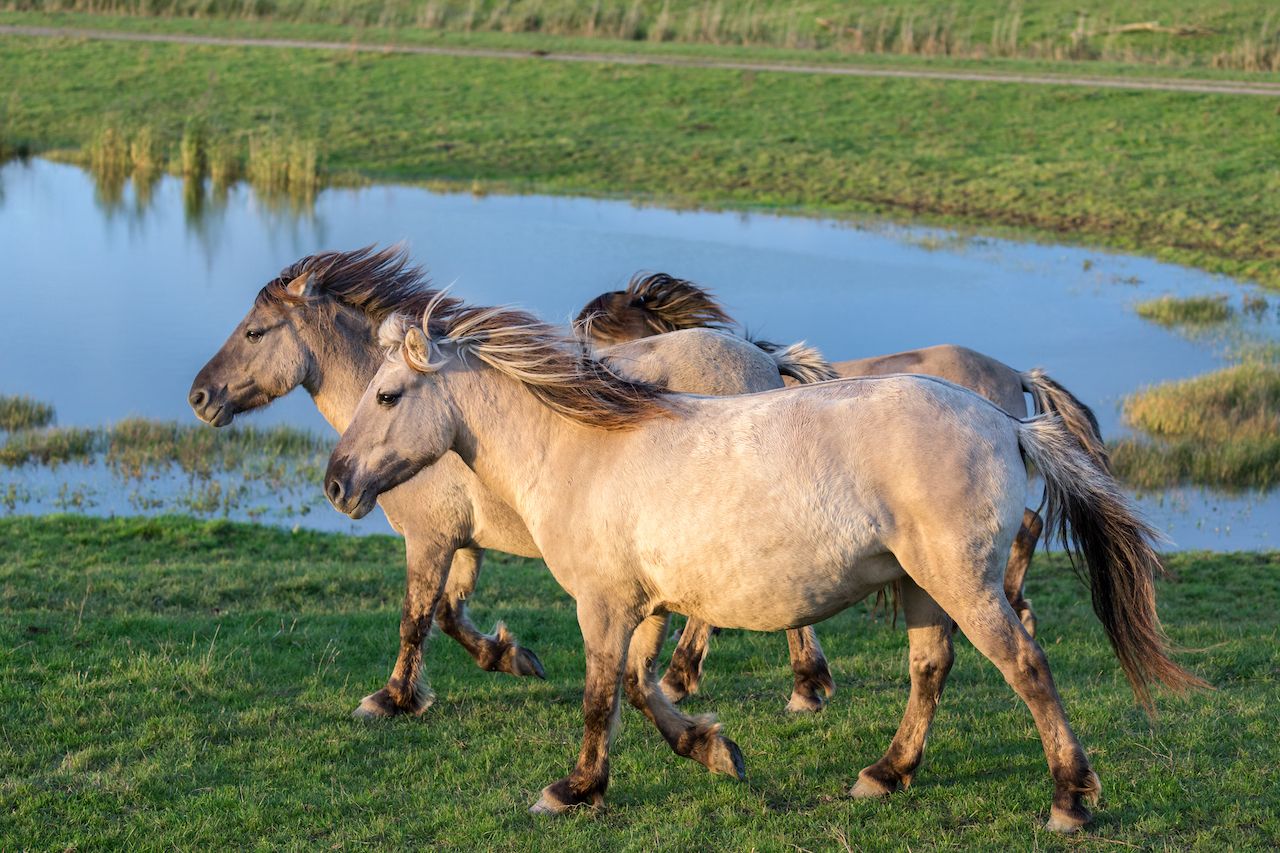 The reintroduction of Konik horses in Oostvaardersplassen Nature Reserve in the Netherlands has been a bittersweet success. The population grew rapidly from the 18 individuals released in 1983 to hundreds of individuals today. Unfortunately, the booming population has exceeded the carrying capacity of the relatively small reserve, and many horses died of starvation during a hard winter last year. 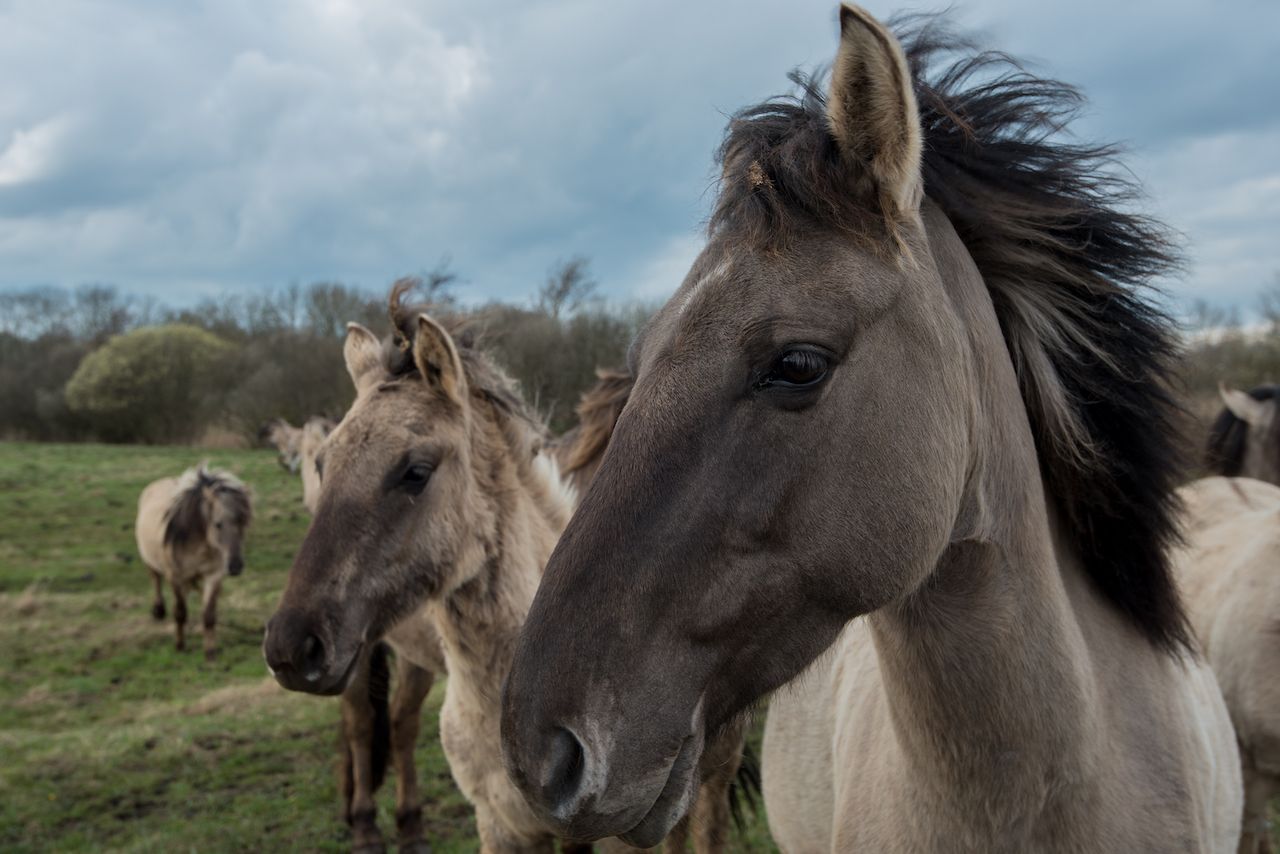 The Eastern Rhodope mountains in south Bulgaria are home to about 70 reintroduced horses. Some of the best places to see them are Byala Reka and Studen Kladenets.

Native of the Central Asian steppe, Przewalski’s horse has long been considered the only true wild horse that survived to modern times. However, a recent DNA analysis suggested that modern Przewalski’s horse may be the descendant of the domesticated horse of the Botai people — the prehistoric culture of North Asia. 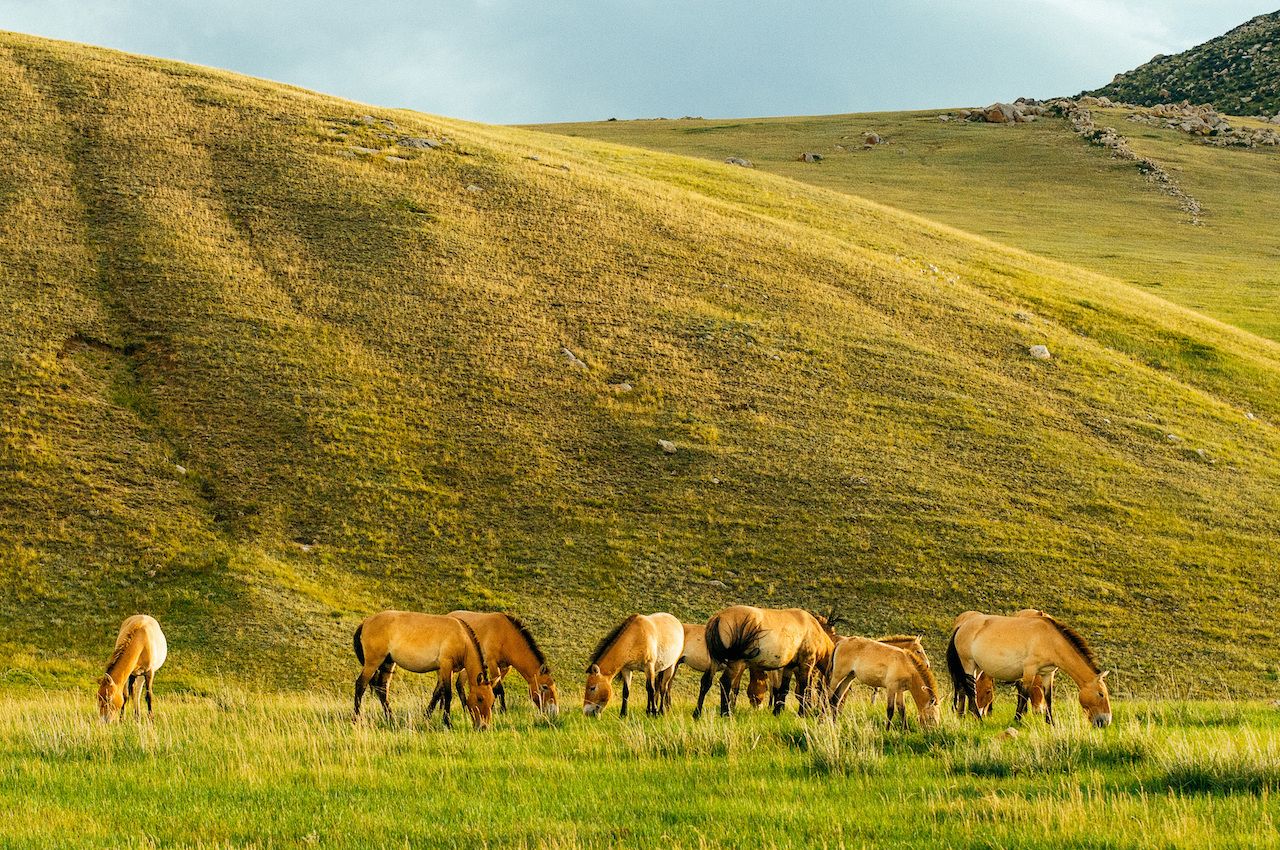 The return of Przewalski’s horse from extinction is one of the greatest wildlife conservation success stories. In 1992, captive horses were reintroduced in three nature reserves in Mongolia: Khustain Nuruu National Park, Great Gobi “B” Strictly Protected Area, and Khomiin Tal.

The total population of wild Przewalski’s horses in these reserves is over 400 animals, and while Przewalski’s horse is listed as endangered on the IUCN Red List of Threatened Species, it is not difficult to see in Mongolia. 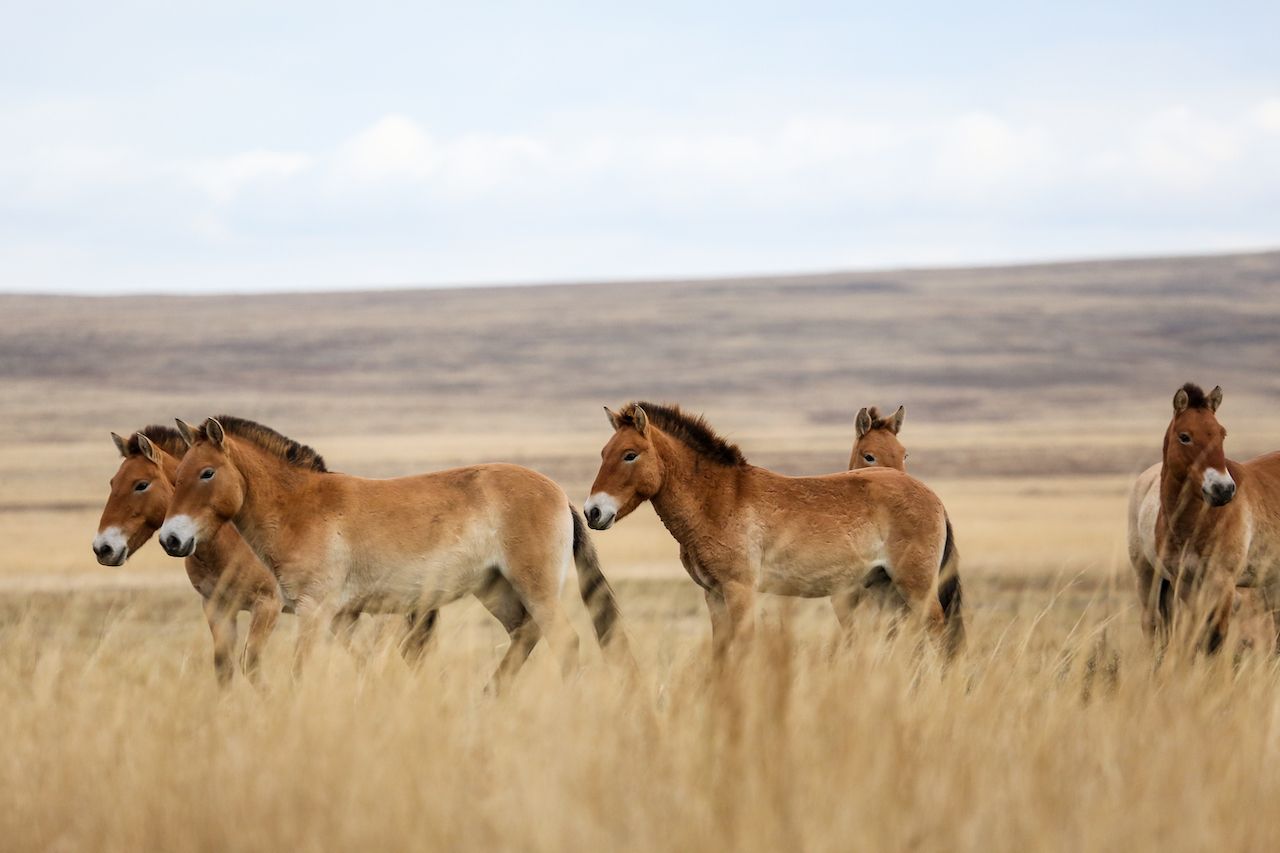 In 2016, Przewalski’s horses have been reintroduced in Orenburg Nature Reserve in the southern Ural Mountains in Russia, which led to the expansion of the reserve to include another section of steppe habitat.

Perhaps the most unusual patch of wild horse habitat is the Chernobyl Exclusion Zone, where the horses were reintroduced in a nature reserve before the infamous nuclear disaster in 1986. And in the absence of humans, wildlife populations, including the Przewalski’s horse, are thought to be on the rise. 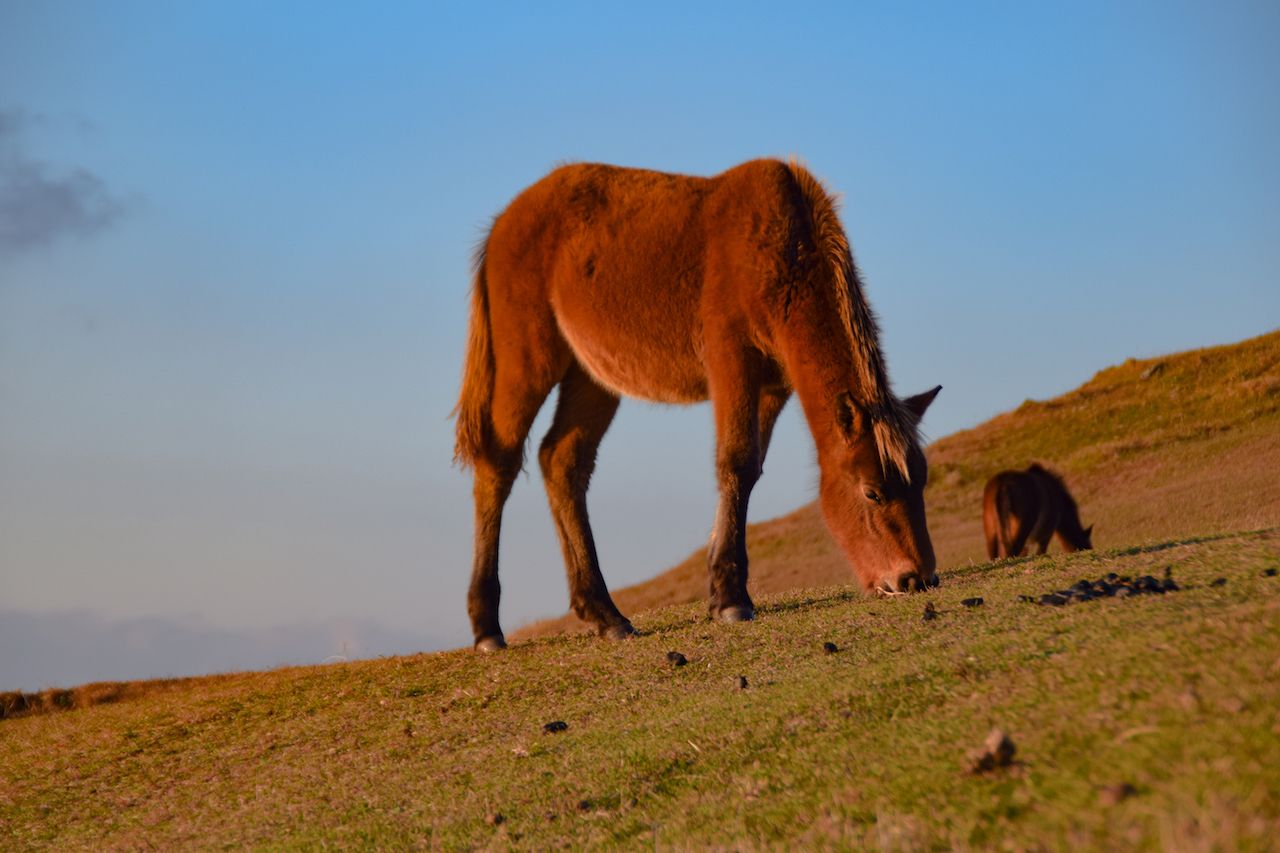 Originally, horses arrived in Japan with nomads from Mongolia, and the modern-day, semi-wild populations trace their roots to these domesticated founders. The best places to spot horses in Japan are Cape Toi at the southernmost part of Miyazaki’s coast and Cape Shiriya on the northeastern tip of Honshu. 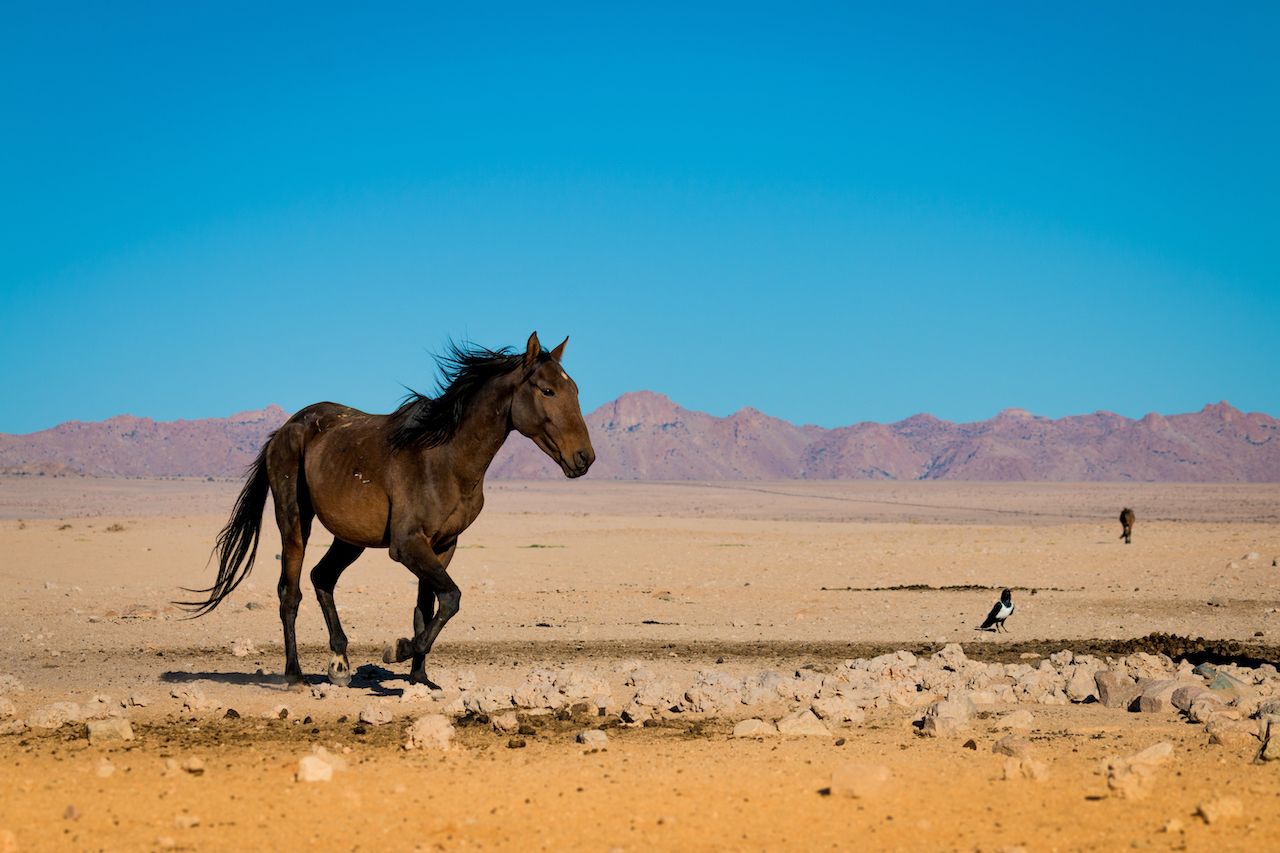 The origin of the Namib Desert horse is unclear, but one of the more interesting theories attributes it to a shipwrecked cargo ship that was carrying thoroughbreds to Australia. It is assumed that the strongest horses swam ashore and established free-ranging populations in what are now Namib-Naukluft Park and Tsau/Khaeb National Park in Namibia.