Building a road trip around visiting America’s National Parks is a dream for many, but the logistics of such an endeavor can be quite intimidating. The map below, posted to Reddit by user fraillimbnursery, provides a bit of a jumping off point of sorts. It shows where the National Parks are located by county, with clear labeling of how many parks each US state is home to. Clearly, the Western part of the country hosts the majority of the National Parks. Anchored by Everglades National Park, Florida is the biggest player out east. 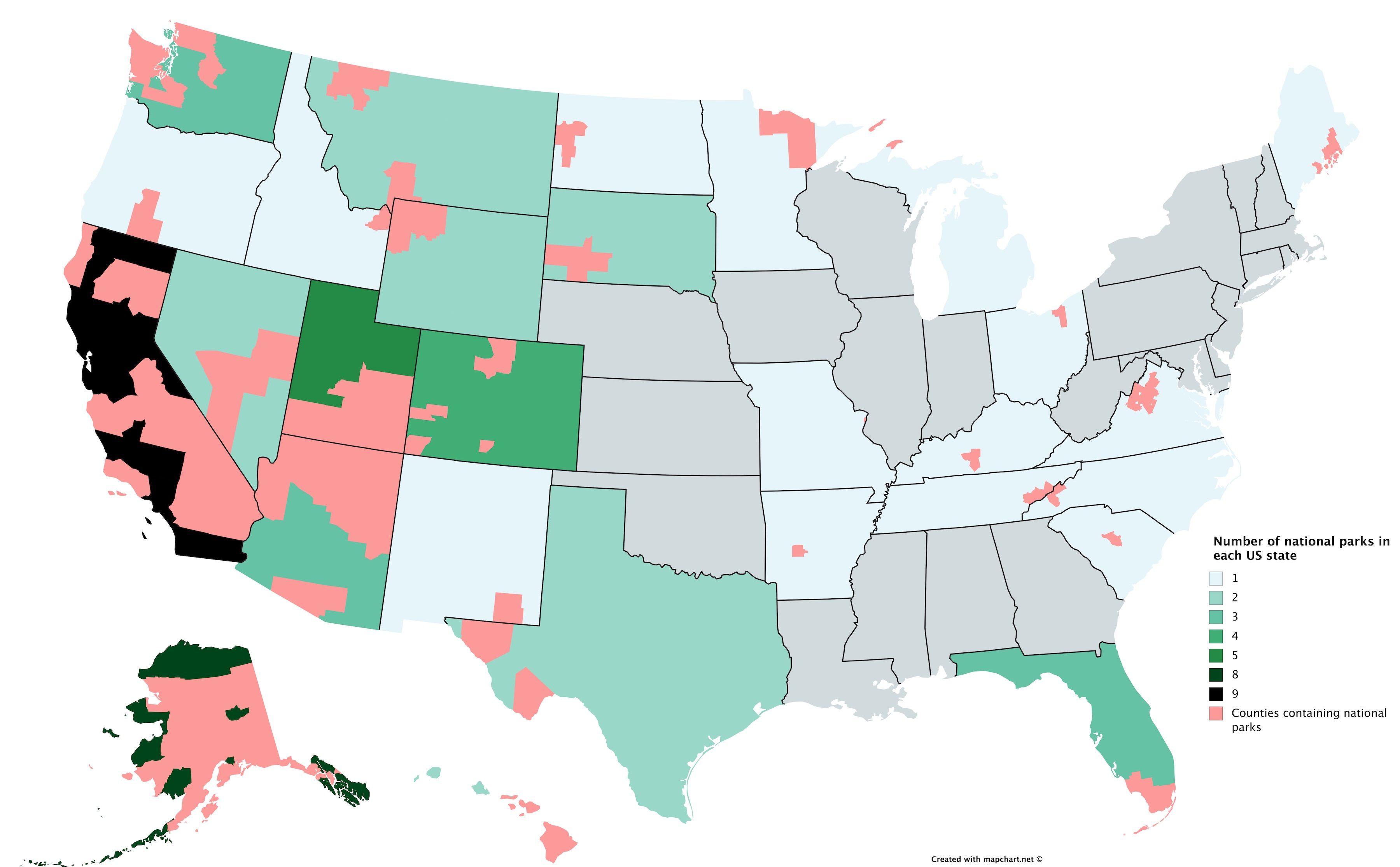 An extremely high percentage of Alaskan counties, and about half of the counties in California, are at least partially occupied by a National Park. Obviously, Utah and Colorado also hold their own. Yellowstone National Park occupies the northwest corner of Wyoming and stretches into Idaho and Montana, and you’ll have plenty to keep you busy should you plan a road trip through the rest of Montana, South Dakota, and Washington.

One surprising find is that more than twenty states in the union, primarily in the eastern part of the country, don’t contain a National Park at all. This is largely because there isn’t as much available land out east. “The federal government doesn’t own as much land in the eastern part of the country,” explained Redditor Begotten912. Also not shown on the map are National Monuments, and federally-protected land such as National Forests.

Another element this map misses out on is state parks and other protected land that isn’t owned or managed by the federal government, of which the eastern part of the country has plenty of.