I’ve always been skeptical of the introvert vs. extrovert dichotomy. A common interpretation of this theory suggests that people’s personalities belong in one category or the other. In reality, however, most of us likely lie somewhere on a spectrum between the two.

I’m generally a confident person — I’m comfortable with public speaking and I enjoy meeting new people — but I also have a healthy dose of British reserve. I’d rather avoid confrontation if possible and am more likely to silently seethe about manspreading or queue jumping than speak out and create a scene.

On rare occasions, I’ve entered altercations on the London underground (it’s virtually impossible not to), but this has usually been of the ticked-off-teacher variety instead of badass bitch.

Many a time on the road, I witnessed things that made me uncomfortable (tourists riding elephants, western men in eastern countries with girls who look too young, tourists taunting animals) — but I never spoke up.

In January this year, we were in Sri Lanka’s Kaudulla National Park when one such episode took place. At one end of the plain, a herd of gorgeous Asian elephants lumbered gently in the grass. At the other end stood a long line of 4x4s carrying at least four tourists each. There was something inauthentic about the situation but I couldn’t fault fellow tourists’ desire to see the elephants any more than they could mine. These creatures were astonishing after all. 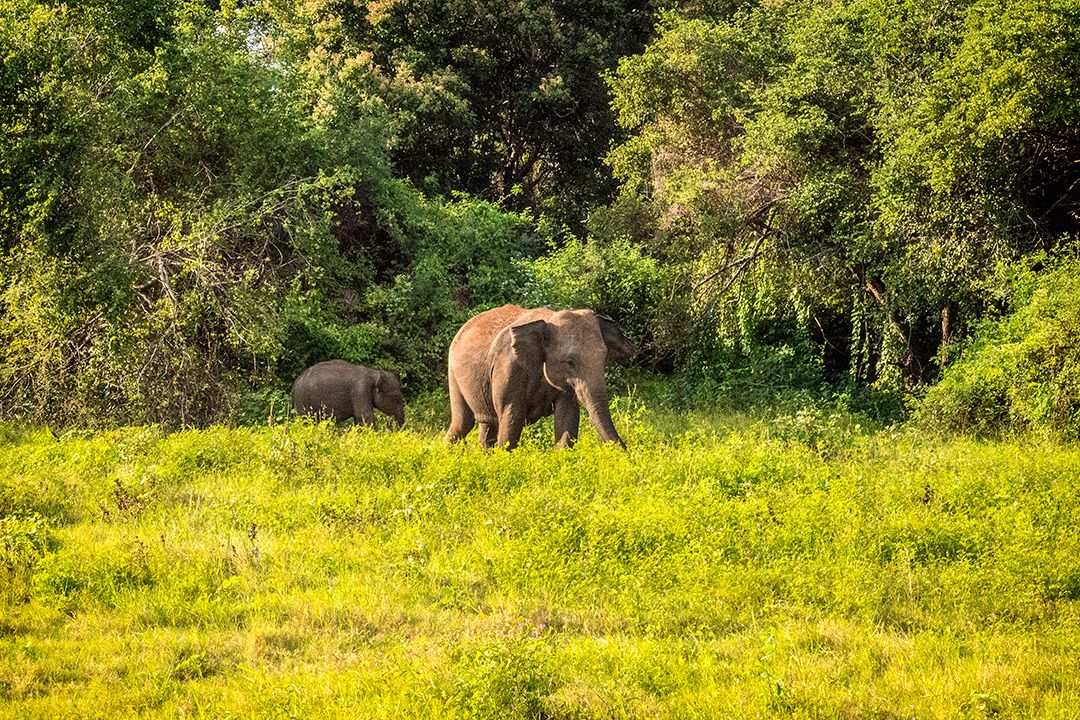 We stared in awe, some of us taking photos quietly. And then, one group of tourists started whistling and singing at the elephants, trying to coax them closer. This went on for a few minutes, ruining the idyll and disturbing the elephants.

I shot the culprits my best death stare but they remained oblivious. After several more minutes of this whistling and shouting, a Dutch tourist from another vehicle leaned over to them and said, “This is a national park, not a theme park. Have some respect.” Immediately, they shut up.

Several of us thanked the Dutch tourist – but why hadn’t we spoken up ourselves? Were we scared of being rude? Being priggish? Being ignored? What’s the worst that could have happened?

I pondered this question for a while after. There had been no risk of physical retaliation, only the remote possibility of verbal remonstration. Why had so many of us remained silent when we were so clearly annoyed?

I thought of this episode on a more recent outing in Mauritius. We were at Seven Coloured Earths at which there is a small enclosure of giant tortoises. The tortoises were protected by two low barriers and a nearby sign asking tourists not to cross over or touch the tortoises. (Some people need to be told.) 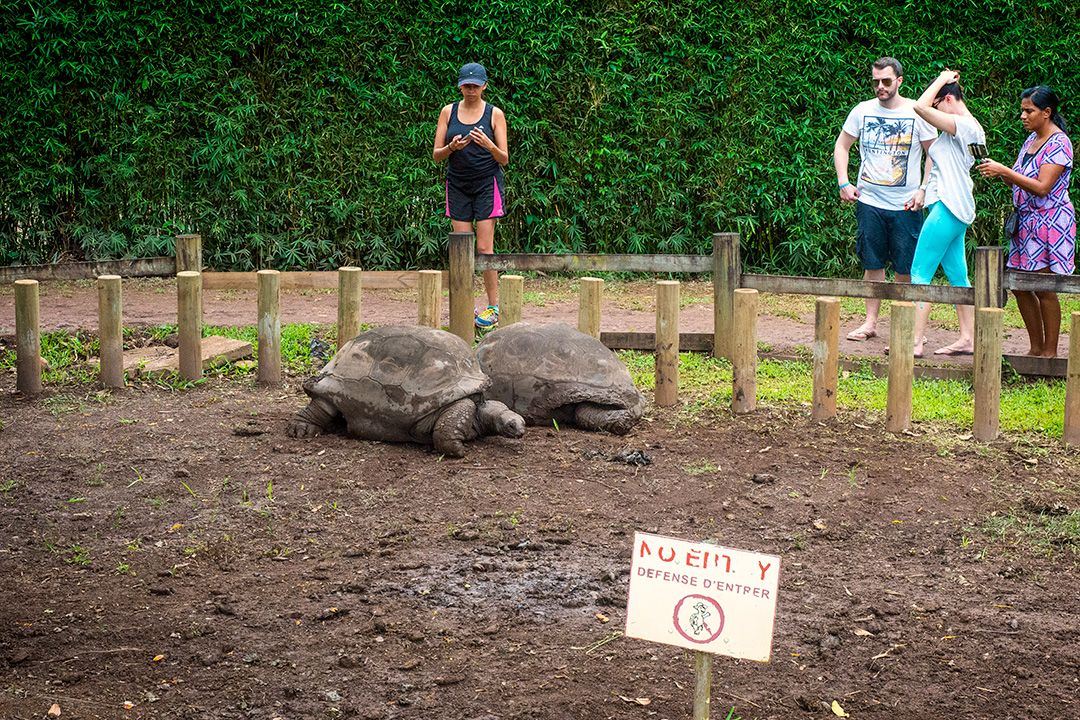 Alas, one group of tourists started leaning over to pet the tortoises and pose with them. One man skipped the first barrier and crouched next to a tortoise for a photo. Soon after, his wife followed suit and other tourists lined up for a photo opp, too.

I could feel the blood pounding in my head. I looked around for an official (yes, I’m that person) but failed to find one. When the couple skipped the second barrier, I shrugged off my British reserve and stalked up to them.

Peter joined me and in seeing reinforcements, the tourists climbed out and the queue dispersed. I felt partly victorious and partly furious. Here were these glorious creatures on a stunning island in the Indian Ocean, and we were all lucky enough to be there with them — but apparently that wasn’t enough.

I’ve spoken before about the fine line between conscientious environmentalism and smug arseholery and I really hate to be a jobsworth or tattletale, but seeing wildlife and nature mistreated really infuriates me.

I know that sometimes ignorance — and not intention — is to blame. For a long time, riding an elephant was on my bucket list and then I found out how this is made possible and took it swiftly off. In 2008, I petted a baby crocodile with its mouth taped shut at Miami Zoo — something I now regret doing.

Clearly, ignorance is a better excuse than a flagrant disregard for the welfare of animals, but it doesn’t free us of the responsibility to speak out against errant behavior. It’s important that we take action ourselves as there won’t always be a courageous Dutch on hand to speak for us. Let’s stop being bystanders and start speaking out.

How to speak out against bad behavior.

Be polite. I know from experience that it’s difficult to stay calm, but asking nicely goes a lot further than being rude. In many cases, tourists behave the way they do because they don’t know better, so treat them accordingly.

Speak out against badly behaving tourists but practice discretion with locals. Questionable behavior may be part of local culture or religious customs in which case you should try not to offend your hosts.

In cases where speaking out in person is risky or inappropriate, act on a broader level. Raise awareness of the issue, write a TripAdvisor review, tag the company on social media, and complain to the local authority.

Encourage others to speak out. If we all succumb to the bystander effect, nothing at all will change, so share this post and/or encourage your friends, family, and followers to speak out when they see errant behavior abroad.

Travel7 Cringe-Worthy Cases of Vandalism Defacing Natural and Cultural Landmarks
Tagged
Activism
What did you think of this story?
Meh
Good
Awesome